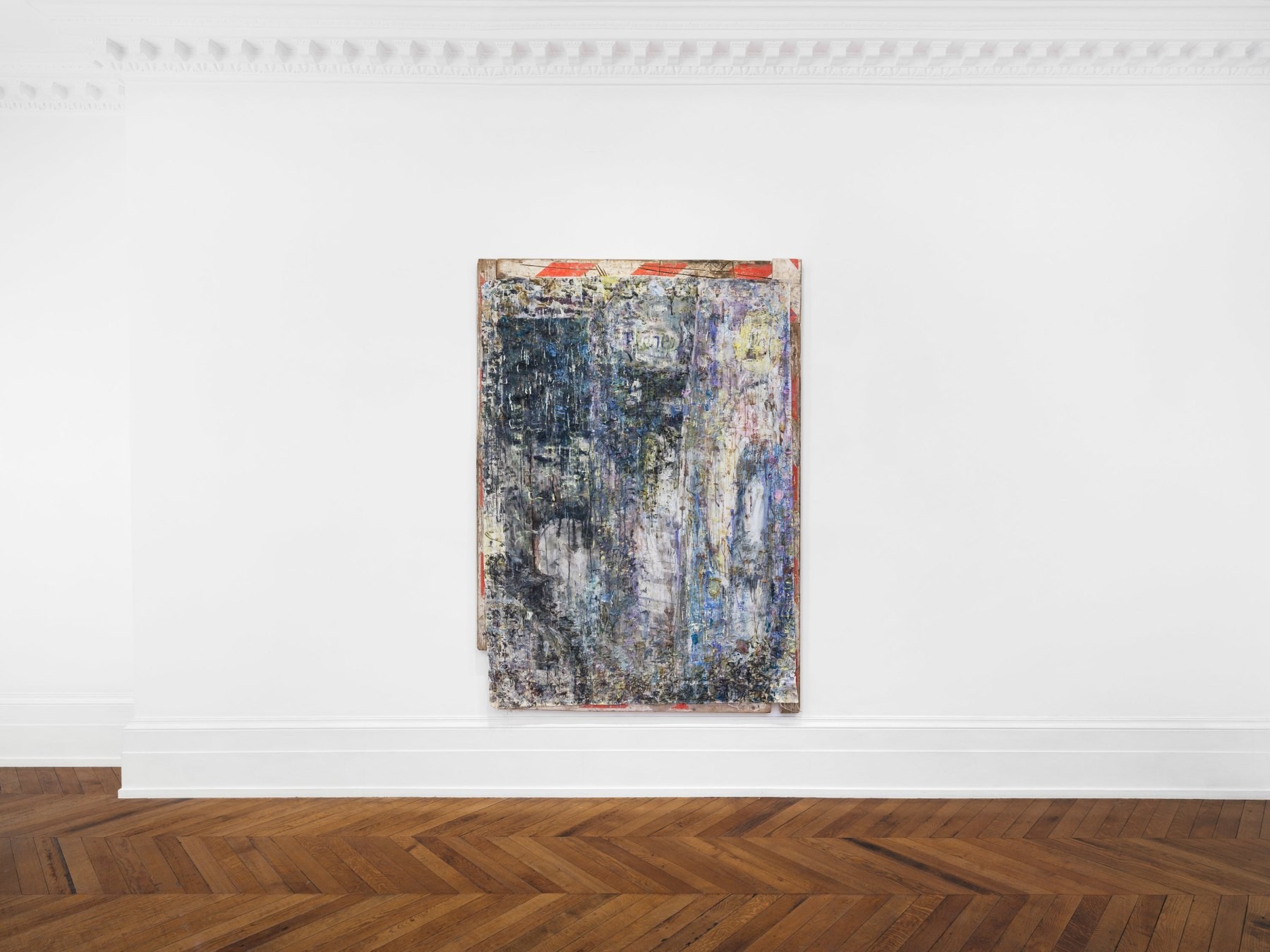 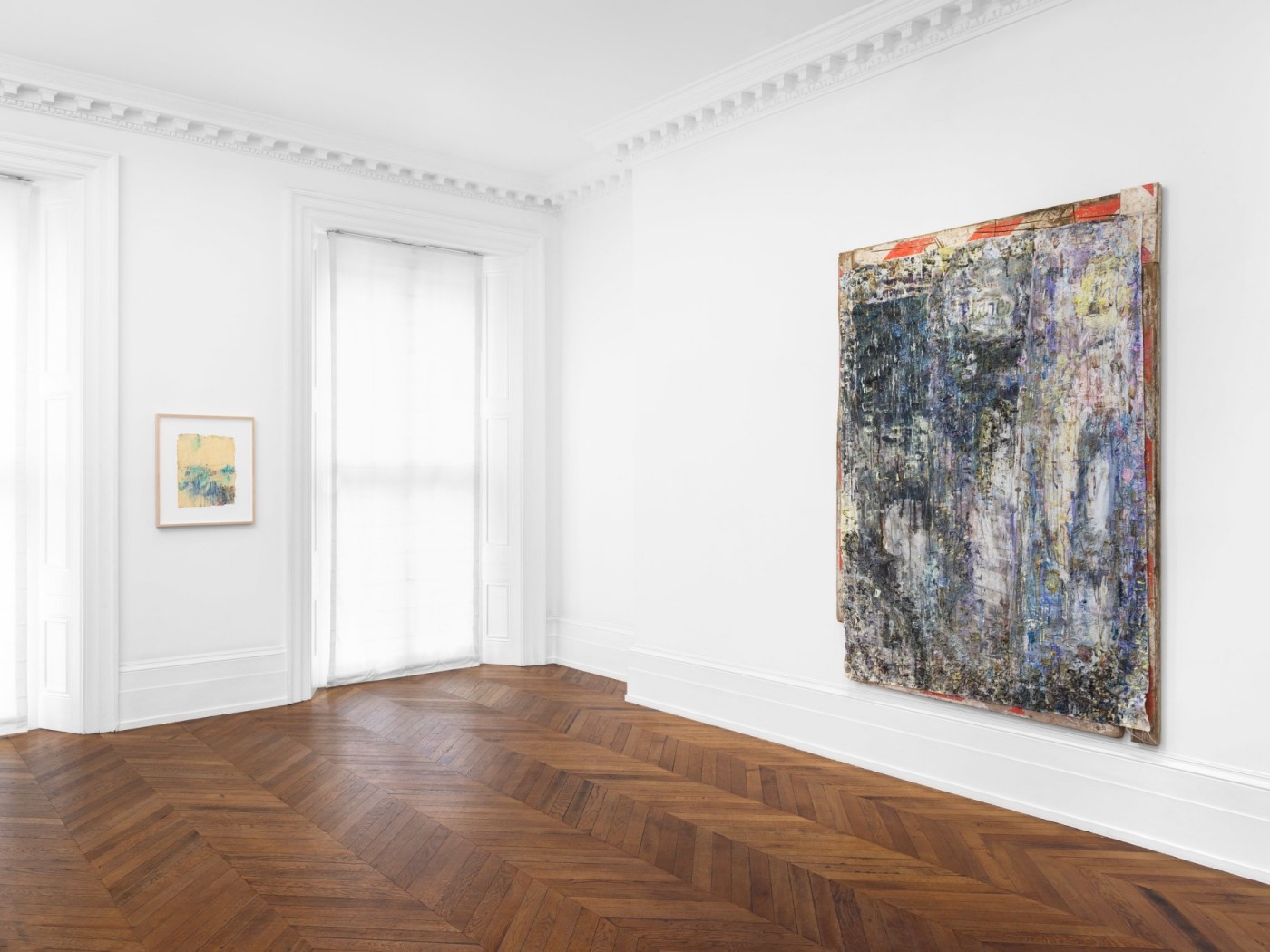 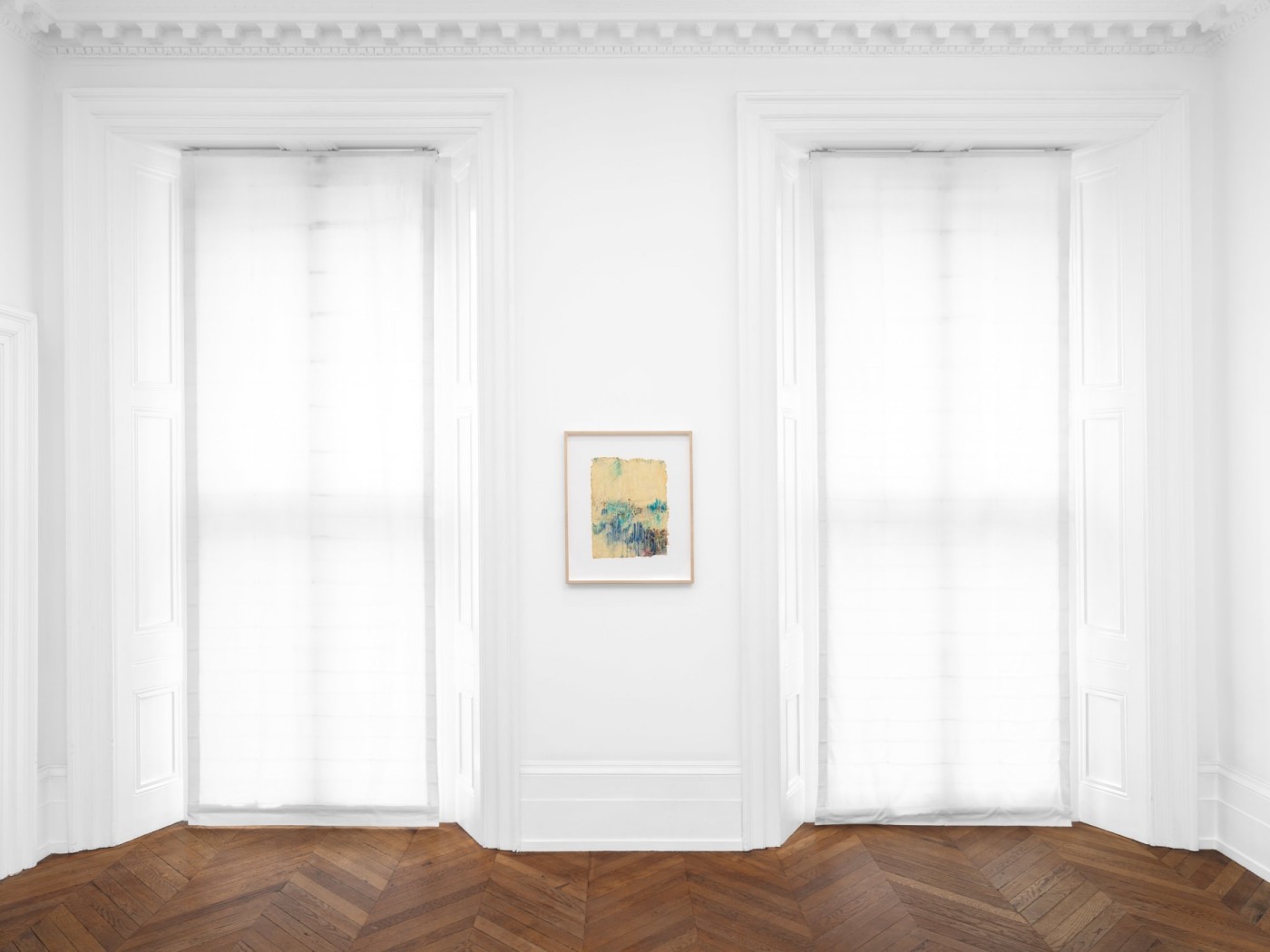 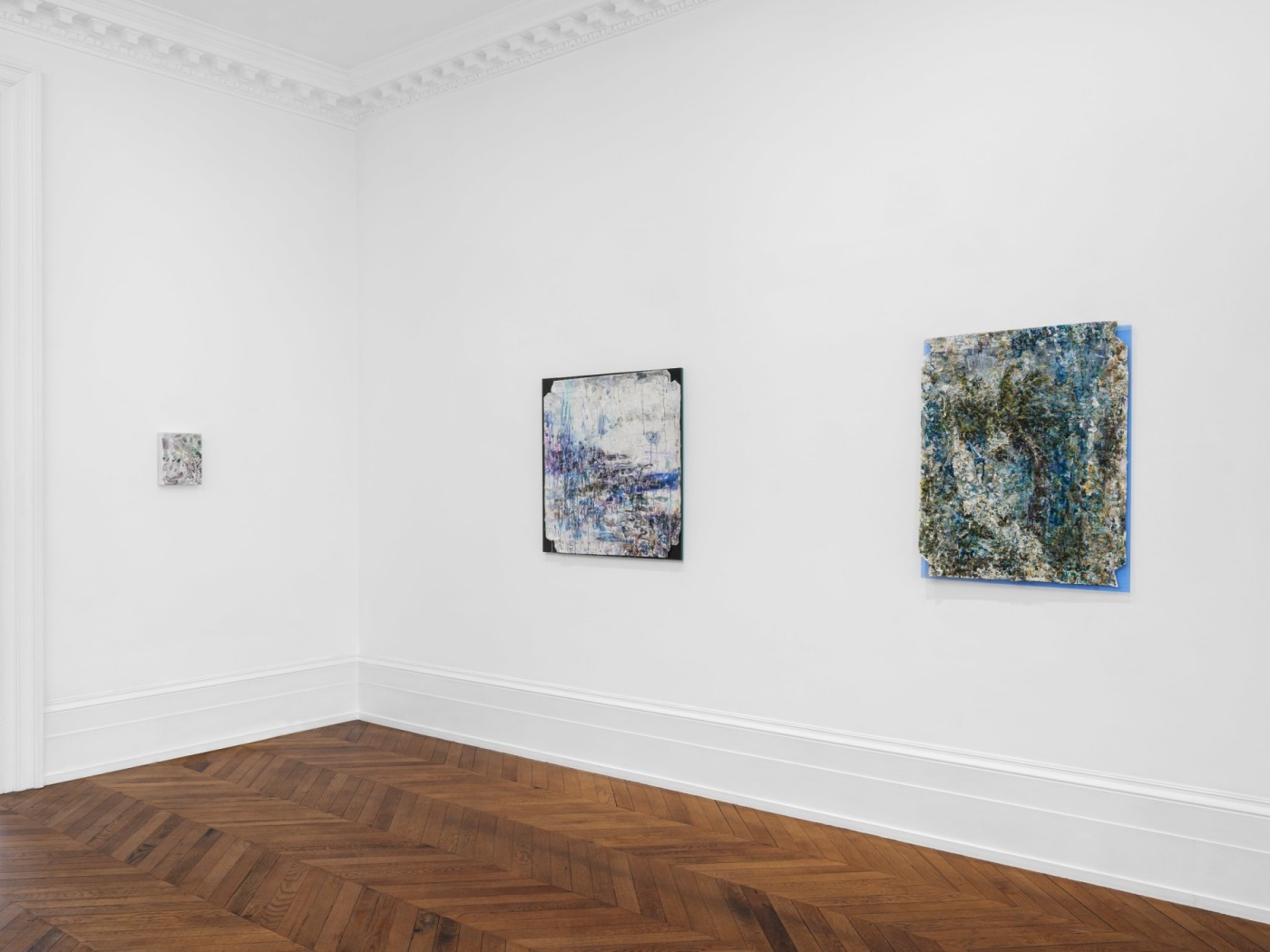 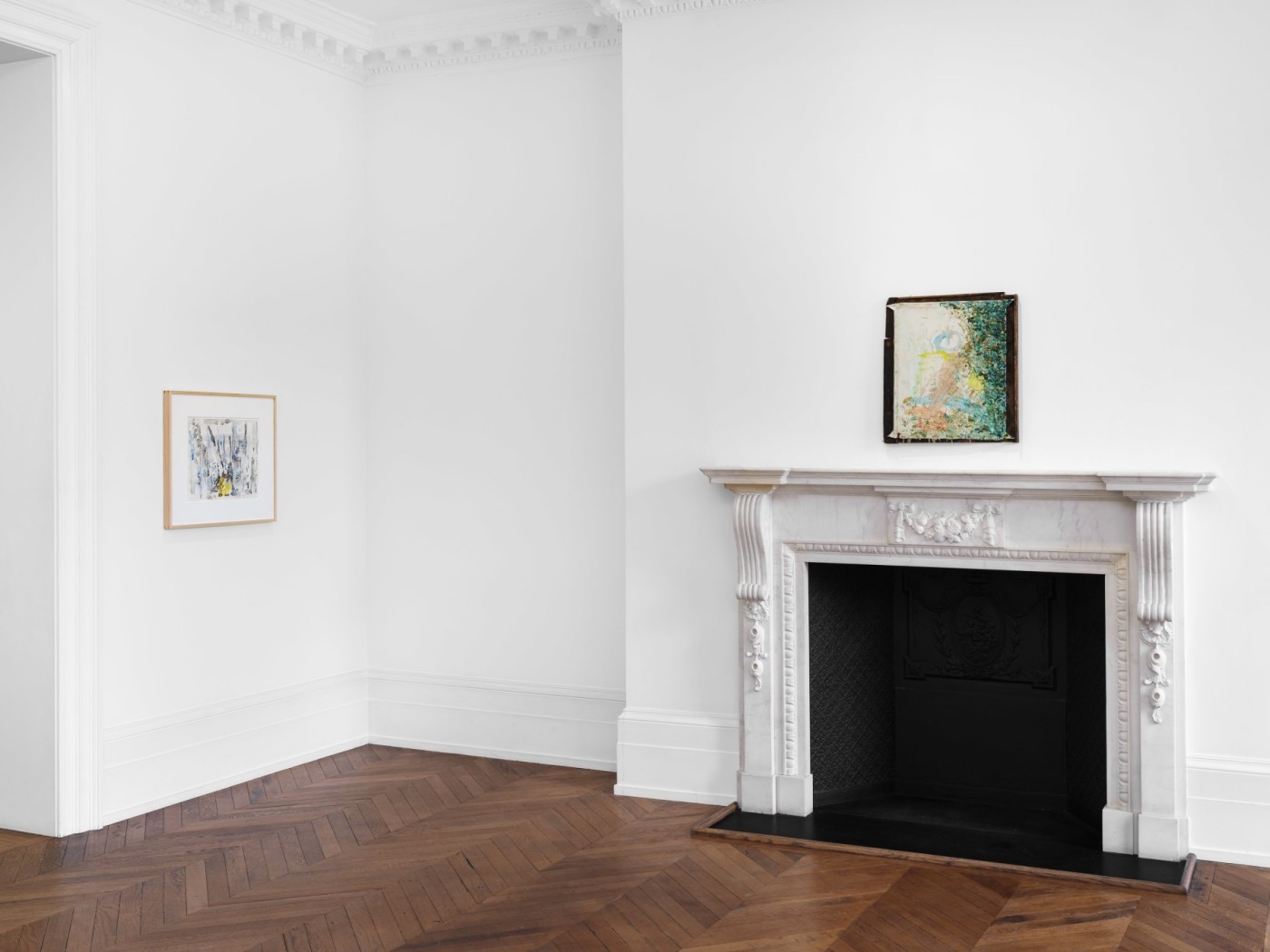 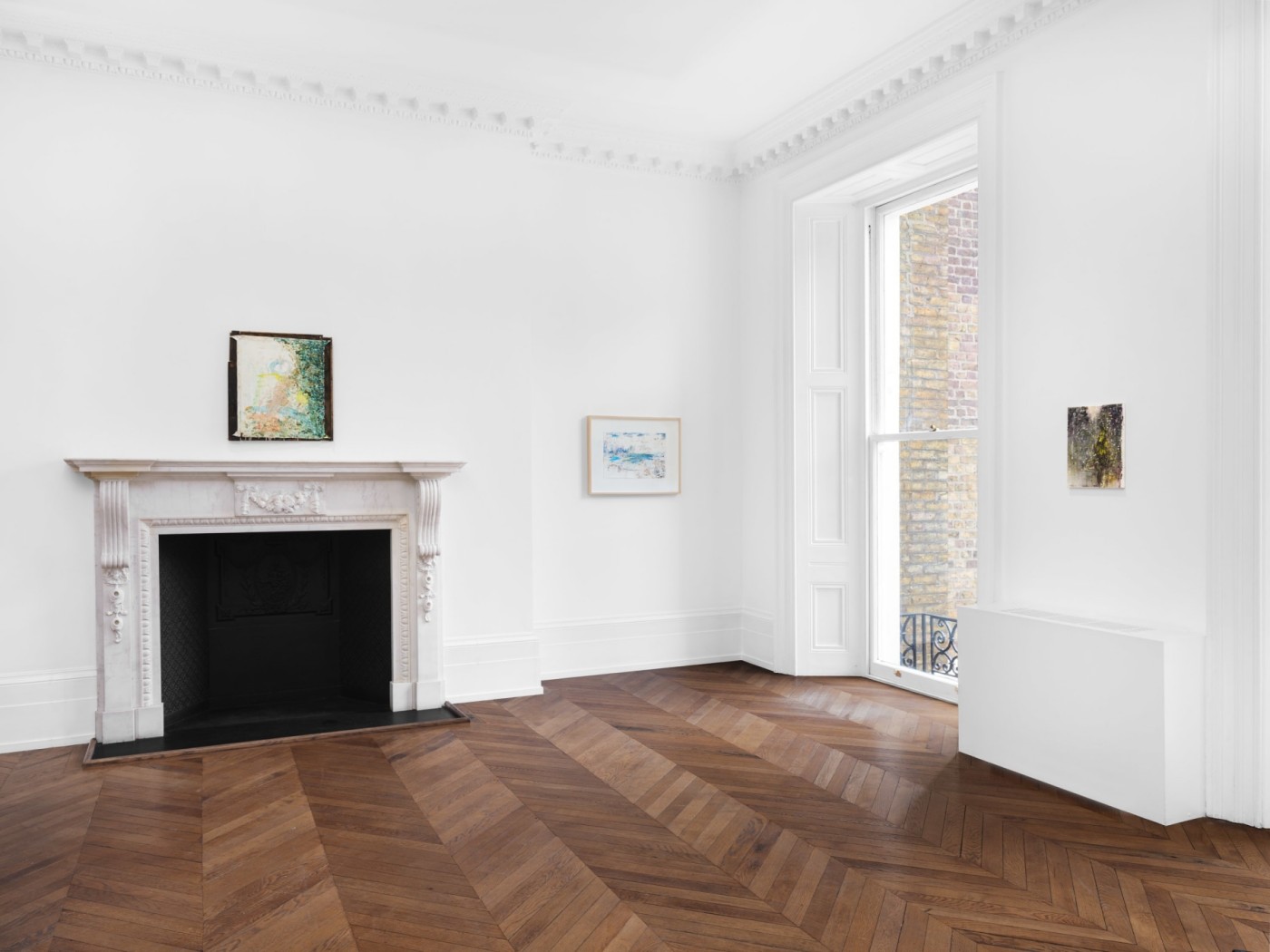 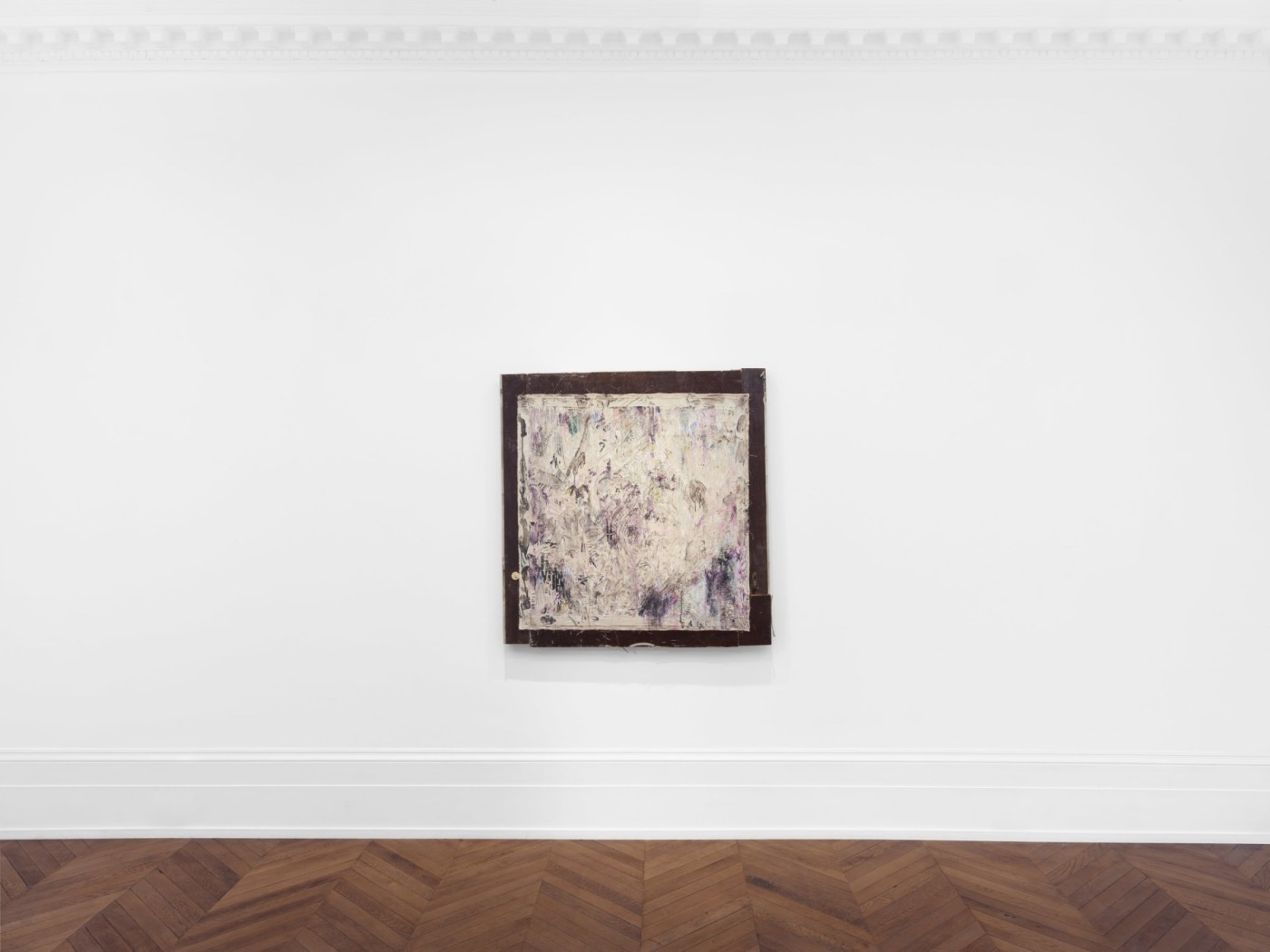 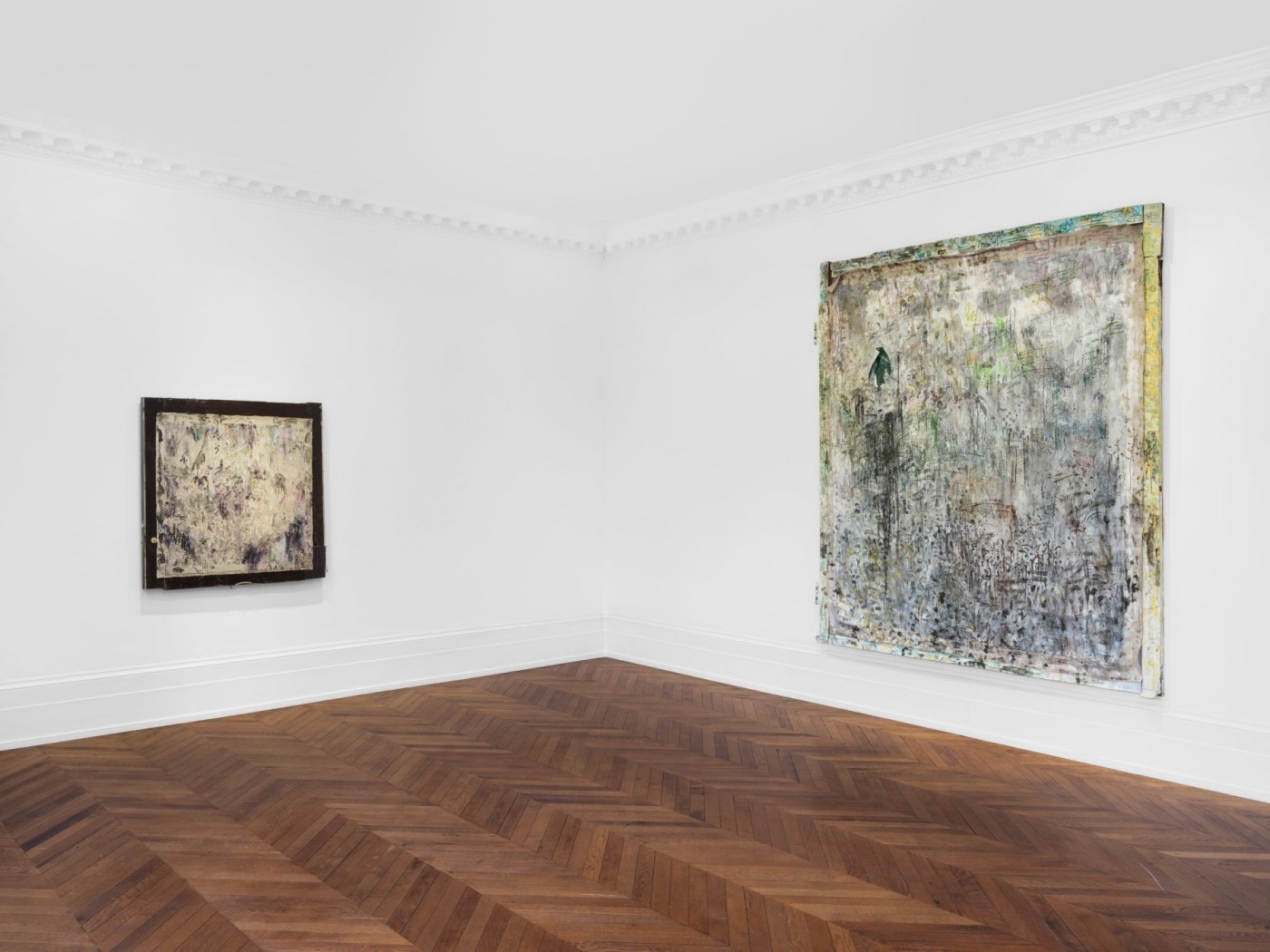 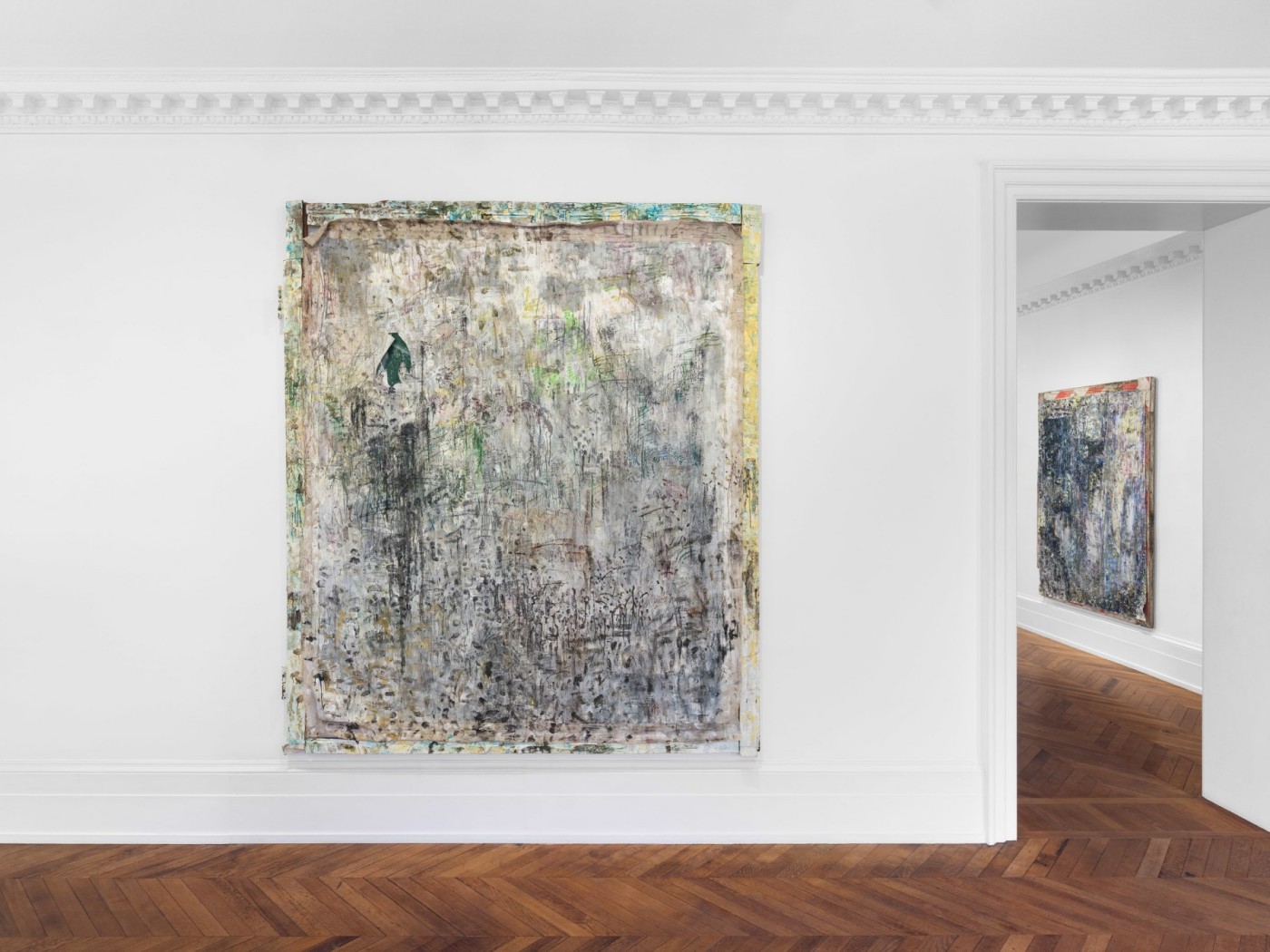 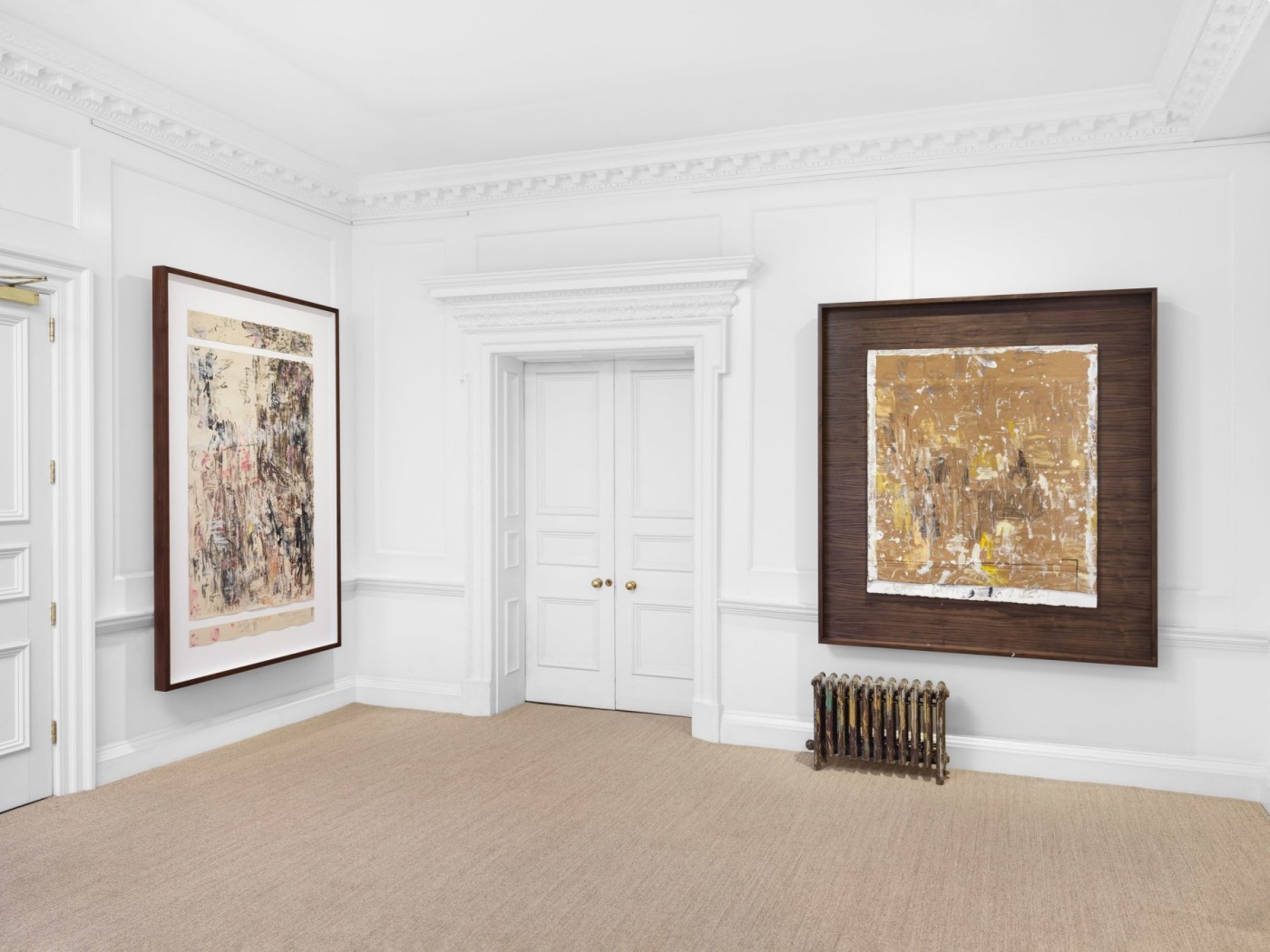 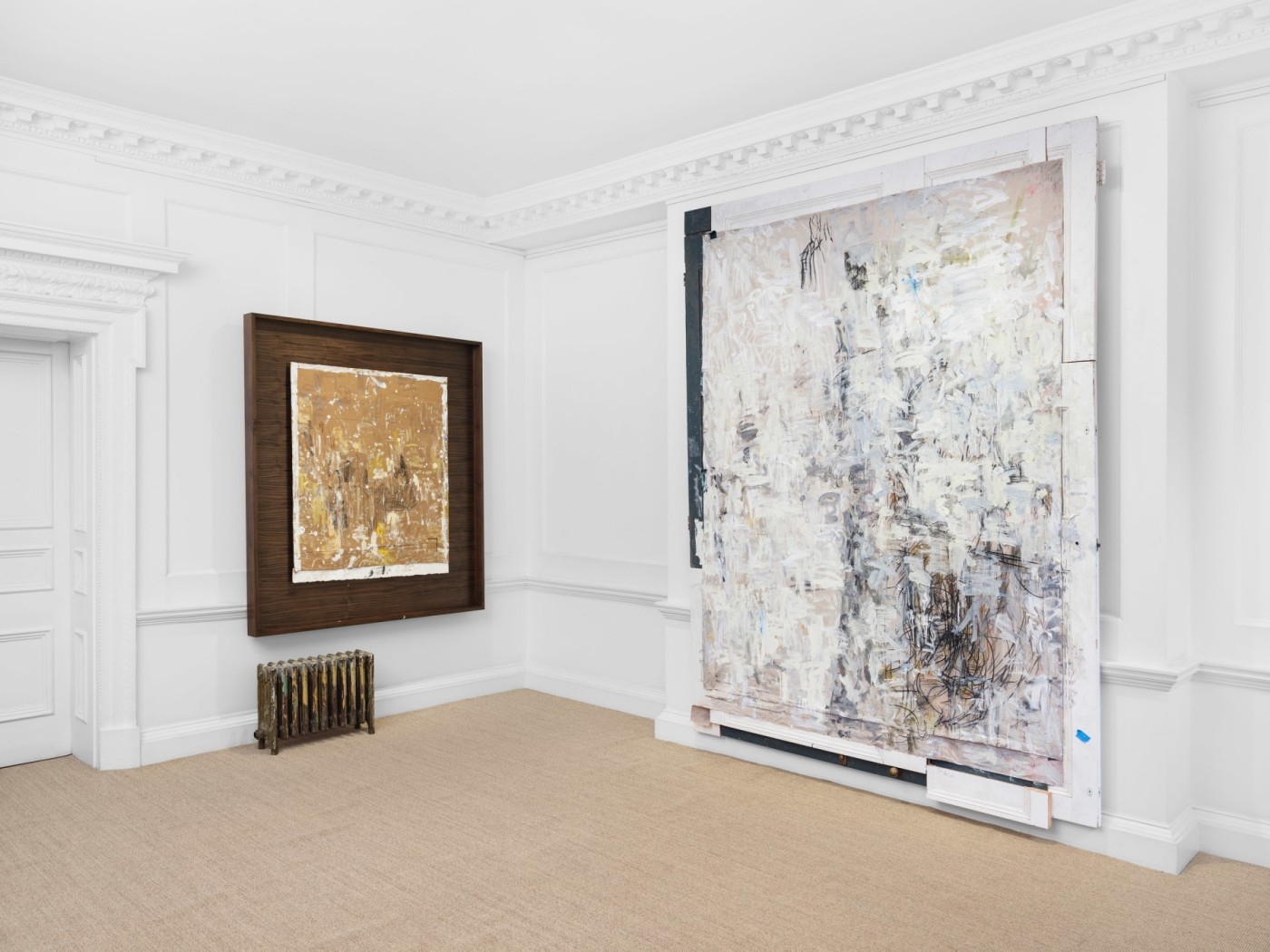 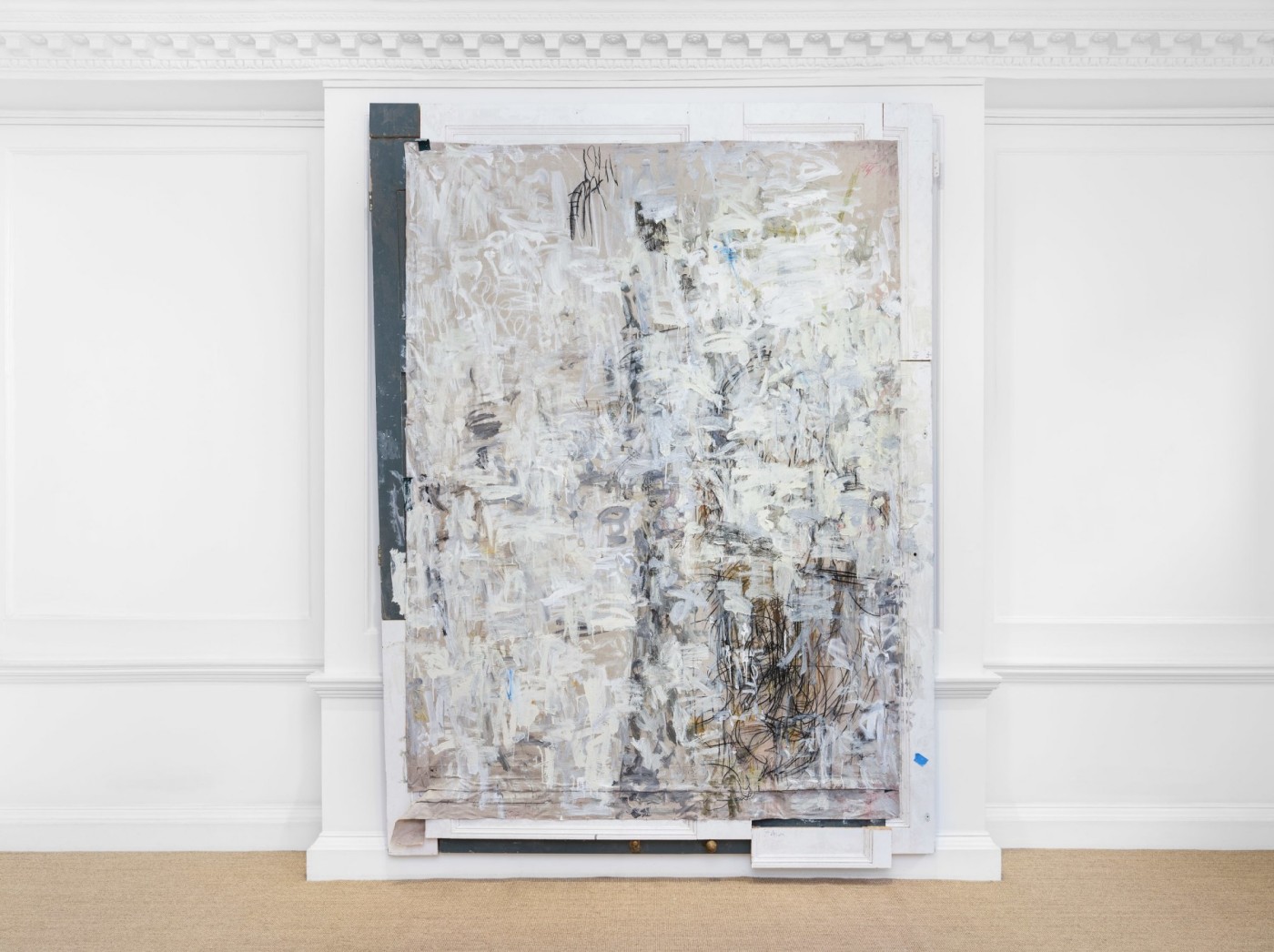 Through accumulation, stacking, shifts in perspective and scale, rhythm and repetition, Robert experiments with color, line, and grids, arriving at a mosaic-like approach that negotiates abstraction with figuration, the lyrical alongside the concrete. As with folklore, science fiction, autobiography, and concepts related to time, time travel, and cinema, Robert interrogates and mines the oral, challenging a static understanding of history. The artist describes his method, “in questioning how an image comes into the world, and into being, I want to own up, to admit at any point, a painting, an image can change direction and isn’t fixed.” Robert finds “at times, the act of picking apart the production distracts and is not necessarily the whole conversation for me, since there is a desire to have the viewer take in the full picture.”

Collective and private experiences roam, and the stuff of culture, our horizon folds and acts as a starting point for thinking and questioning. In speaking to and addressing the present, history and memory is likened to the push and pull of sampling and song, as it forms into something new. In the words of Robert, “as photography is to surveillance, as policing is to the archive, as music is to both listen and dance, as dance is to night, a ritual dubbed of sunrise and sunset, the martial arts, as one thing flows into the next,” the artist “both breaks down, builds on, builds up, interprets, and reinterprets” painting.

Robert elaborates further: “although a painting may raise questions, it isn’t always necessary to rush and quickly snuff it out but may instead call the viewer to pause and ponder. In such an intense and fast paced world, the call to wonder and myth today, and to spend time and roam, it may not be necessarily wise to reveal your cards so quickly. Ti Zwazo the Marvelous today is on the fly; diasporic and on the move, a hustle just past 3rd, it is a chase, Ti Ca you have to catch it.”

Andy Robert (b. 1984, Les Cayes, Haiti) lives and works in Brooklyn, NY. Recent solo exhibitions include Hannah Hoffman Gallery, Los Angeles. Robert has been included in significant group exhibitions at The Museum of Contemporary Art Chicago; Hammer Museum, Los Angeles; Crystal Bridges Museum of American Art, Bentonville, AR; and The Studio Museum in Harlem. His work is included in the collections of The Museum of Modern Art, New York; The Blanton Museum of Art, Austin, TX; The Astrup Fearnley Museum of Modern Art, Oslo, Norway; The University of Chicago Booth School of Business; Hammer Museum, Los Angeles; and The Studio Museum in Harlem. This year, the artist will participate in the Carnegie International at the Carnegie Museum of Art in Pittsburgh, PA opening on 24 September 2022.