Wilde presents Sous Rature, a solo exhibition by Andrea Mastrovito. This is the artist’s first show in Basel. The exhibition consists of recent works in diverse mediums, such as carved blackboard, video, works on paper, and a site-specific installation made of pencil erasers. 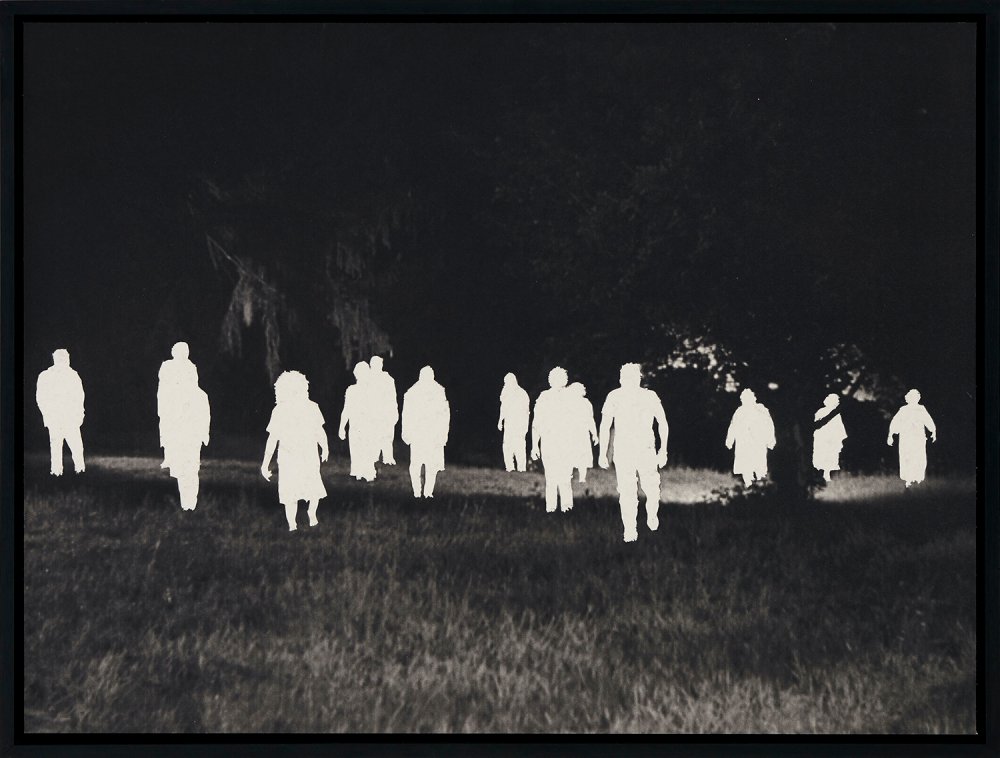 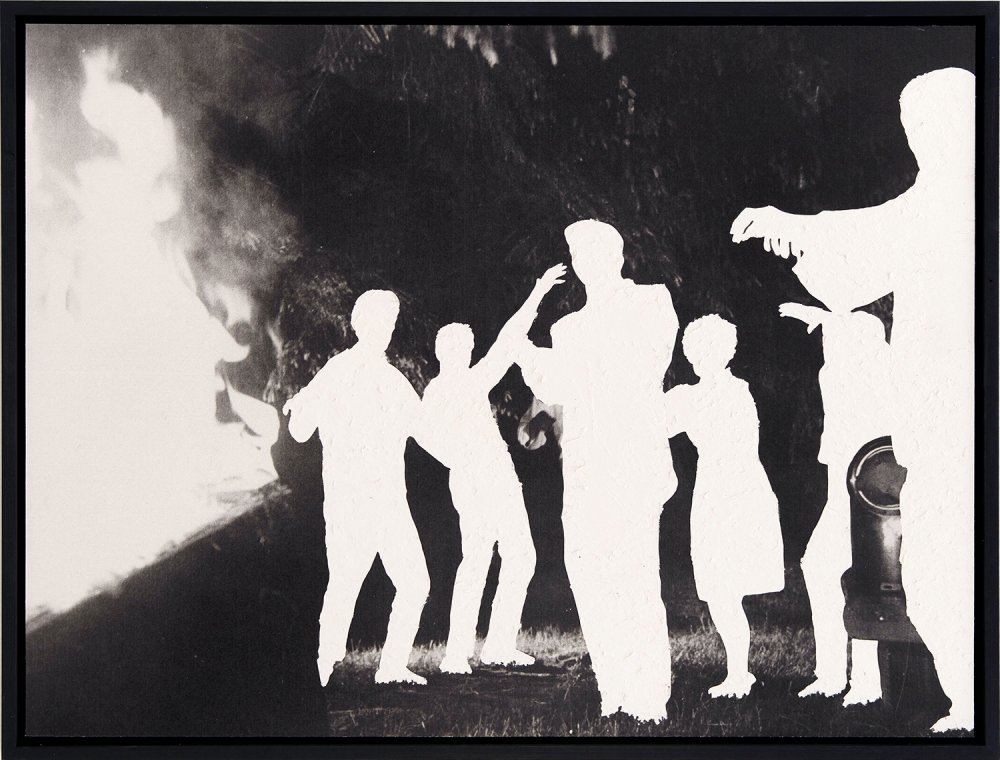 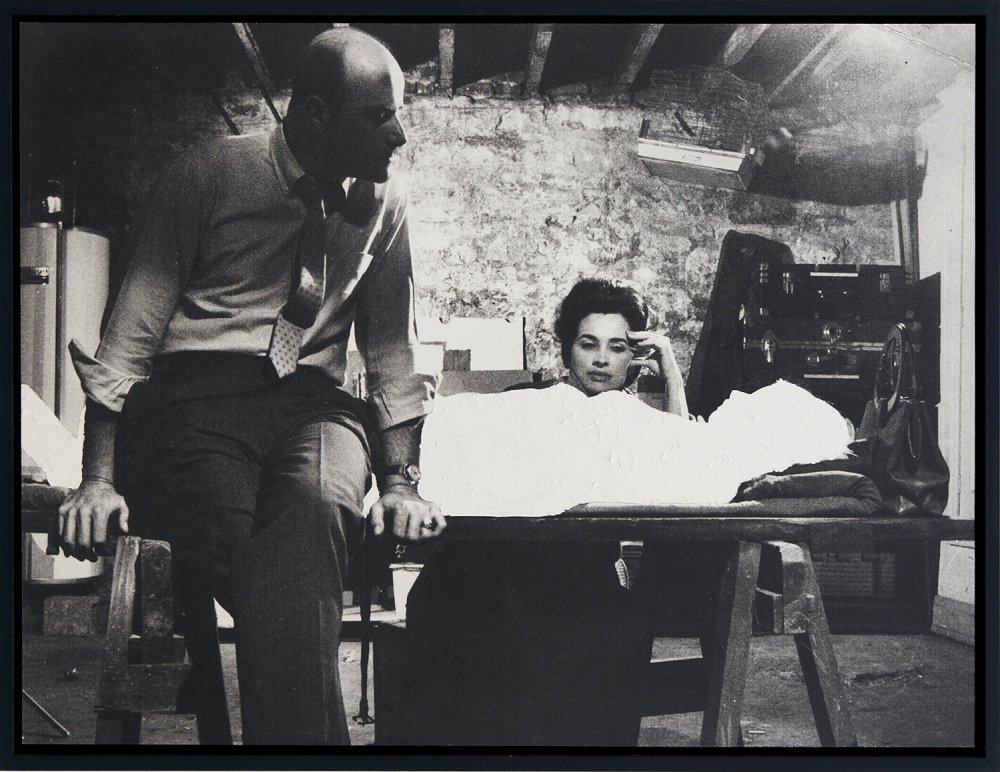 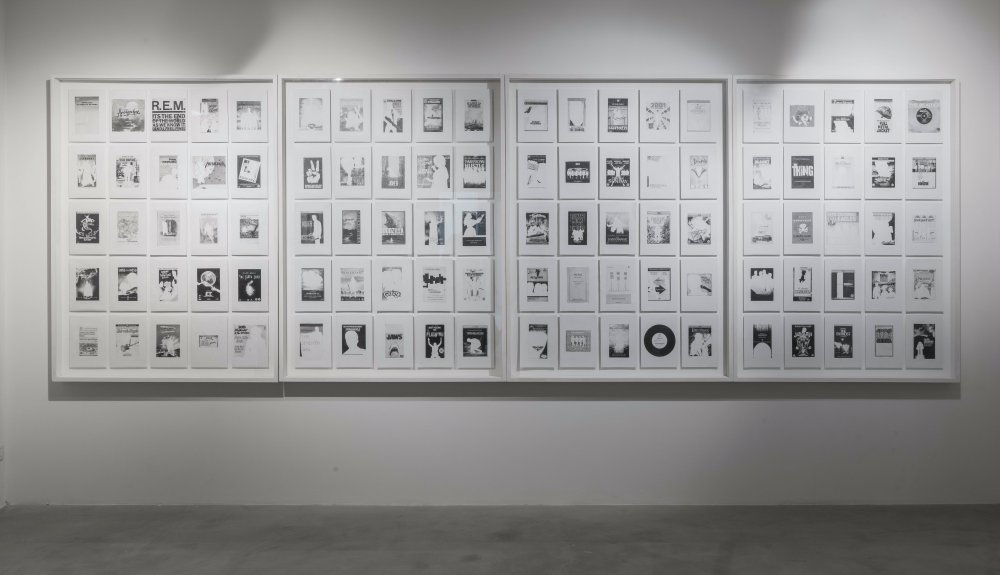 Andrea Mastrovito
In order of appearance, 2020 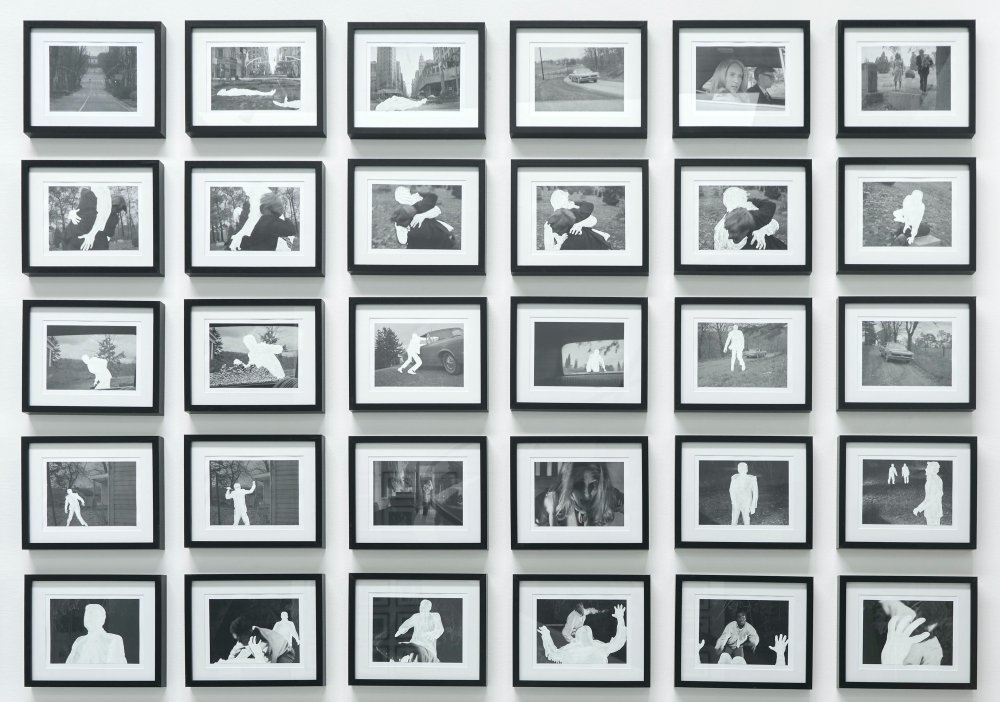 Andrea Mastrovito
I Am Not Legend - Framestill, 2020 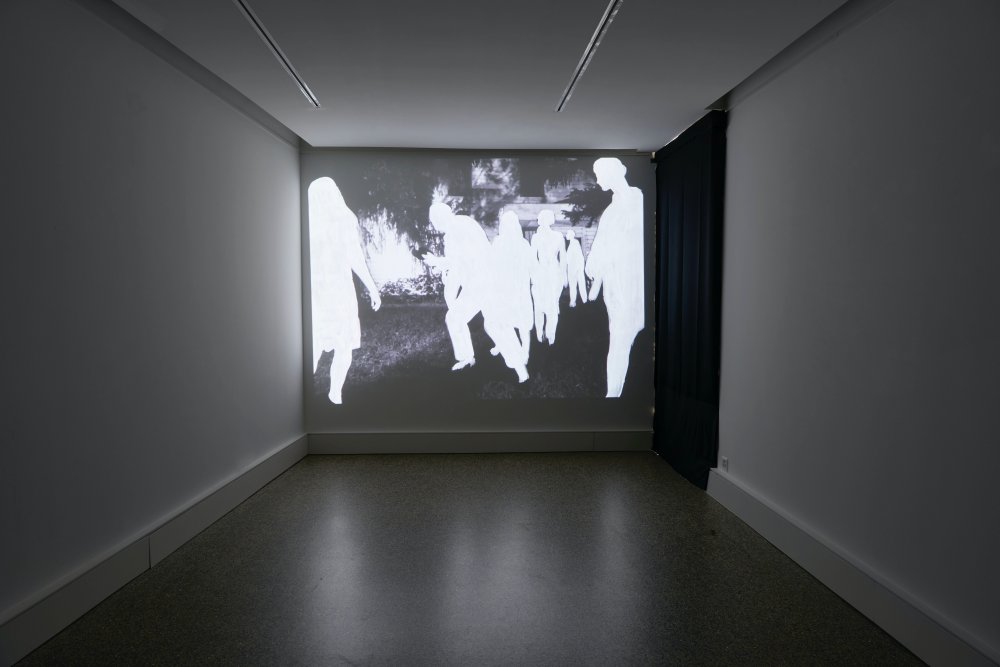 Andrea Mastrovito
I Am Not Legend, 2020 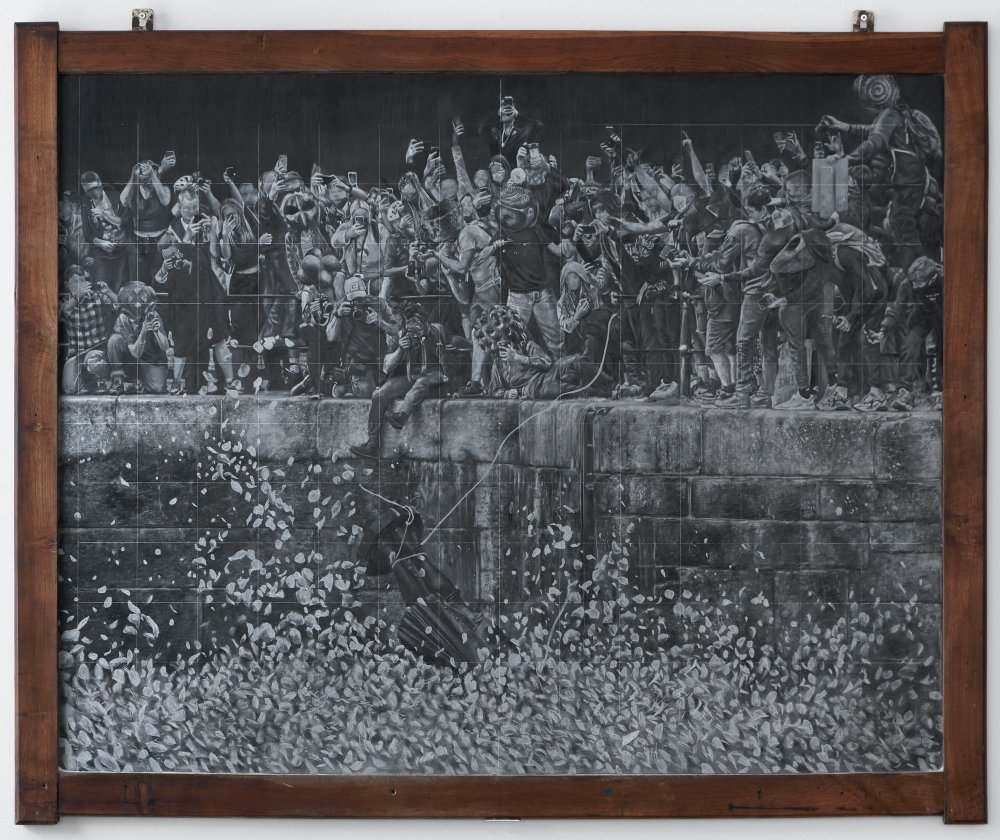 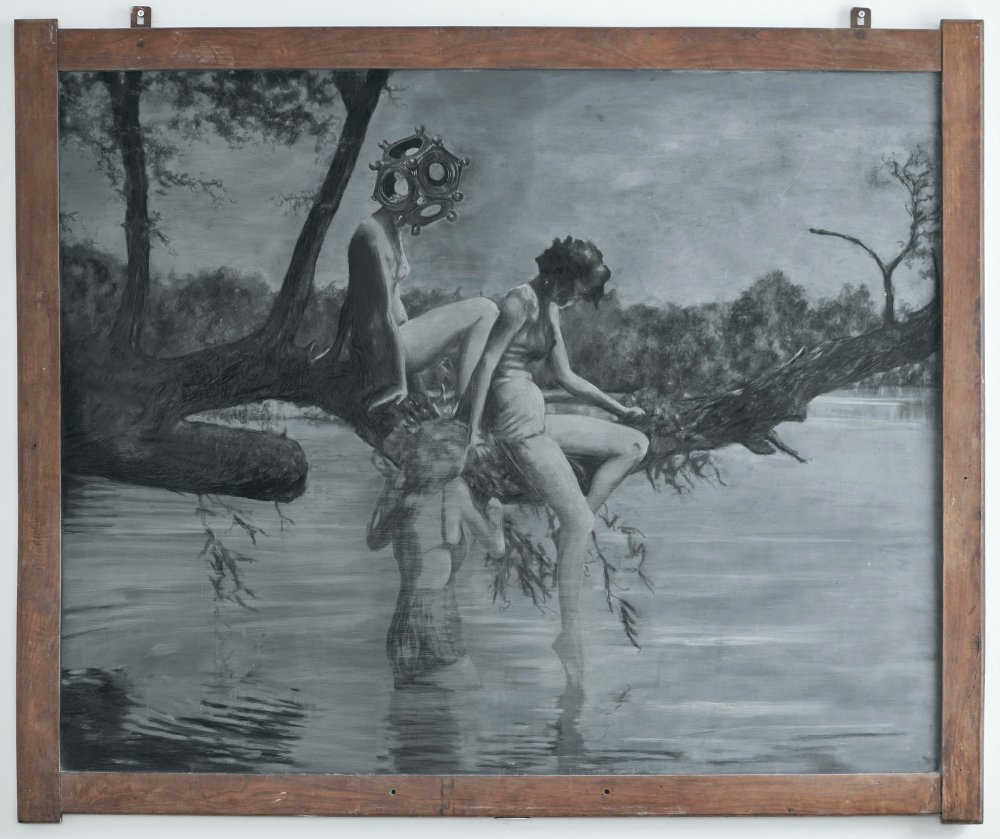 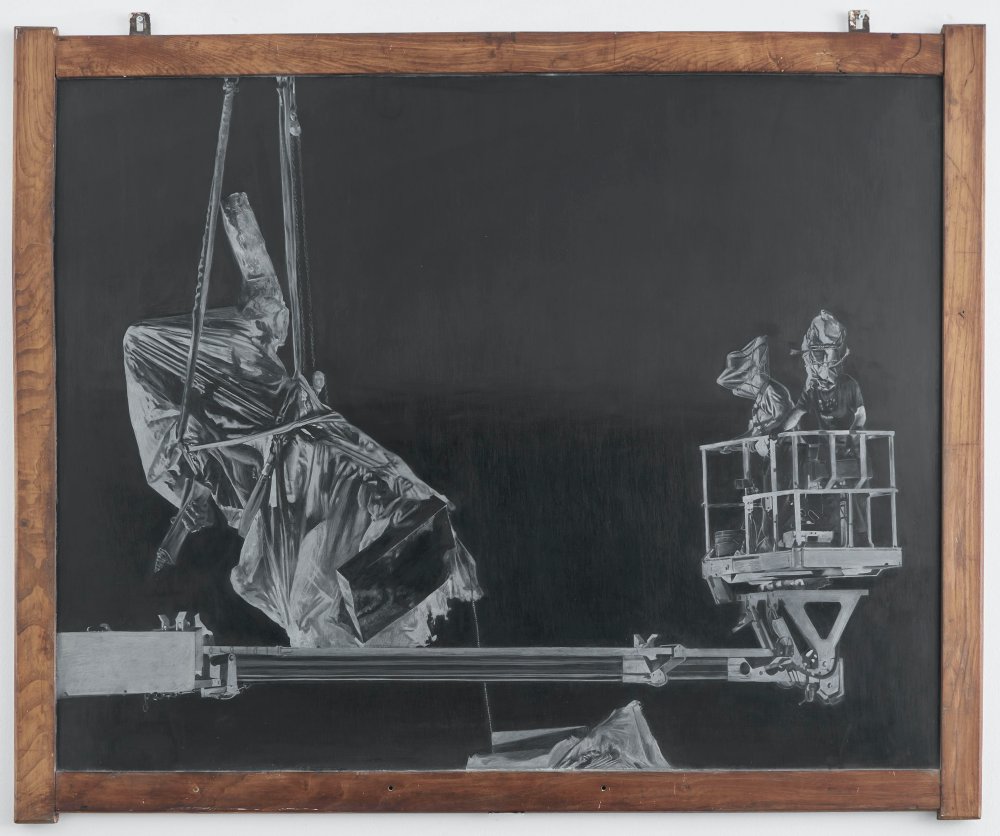 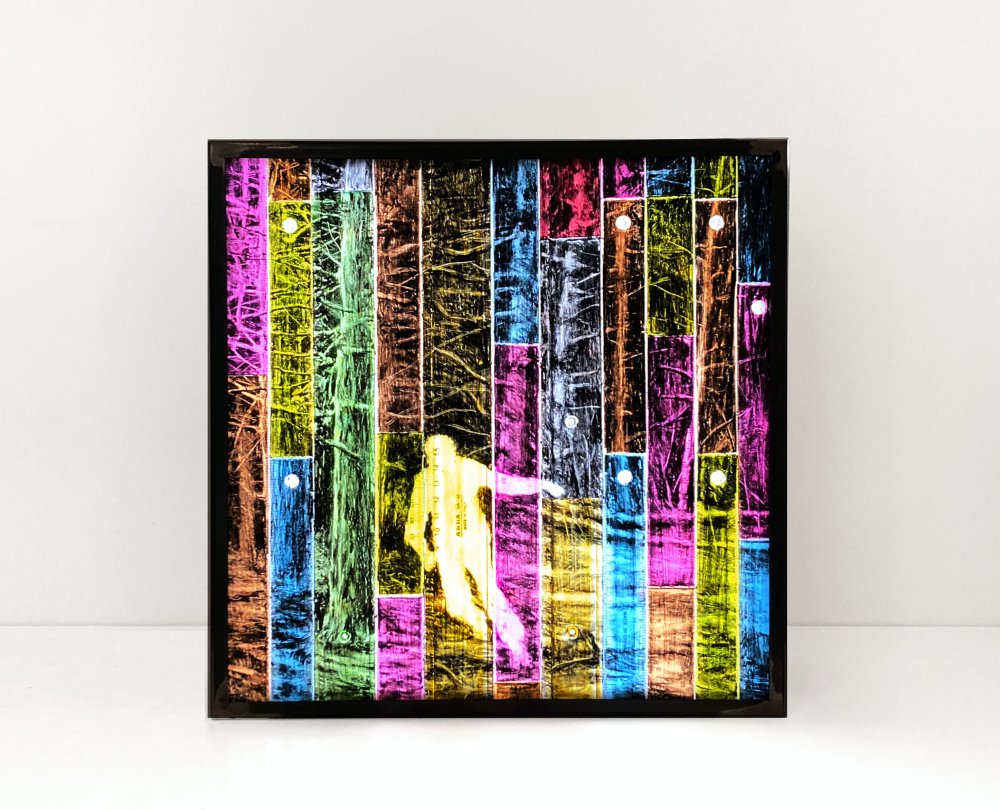 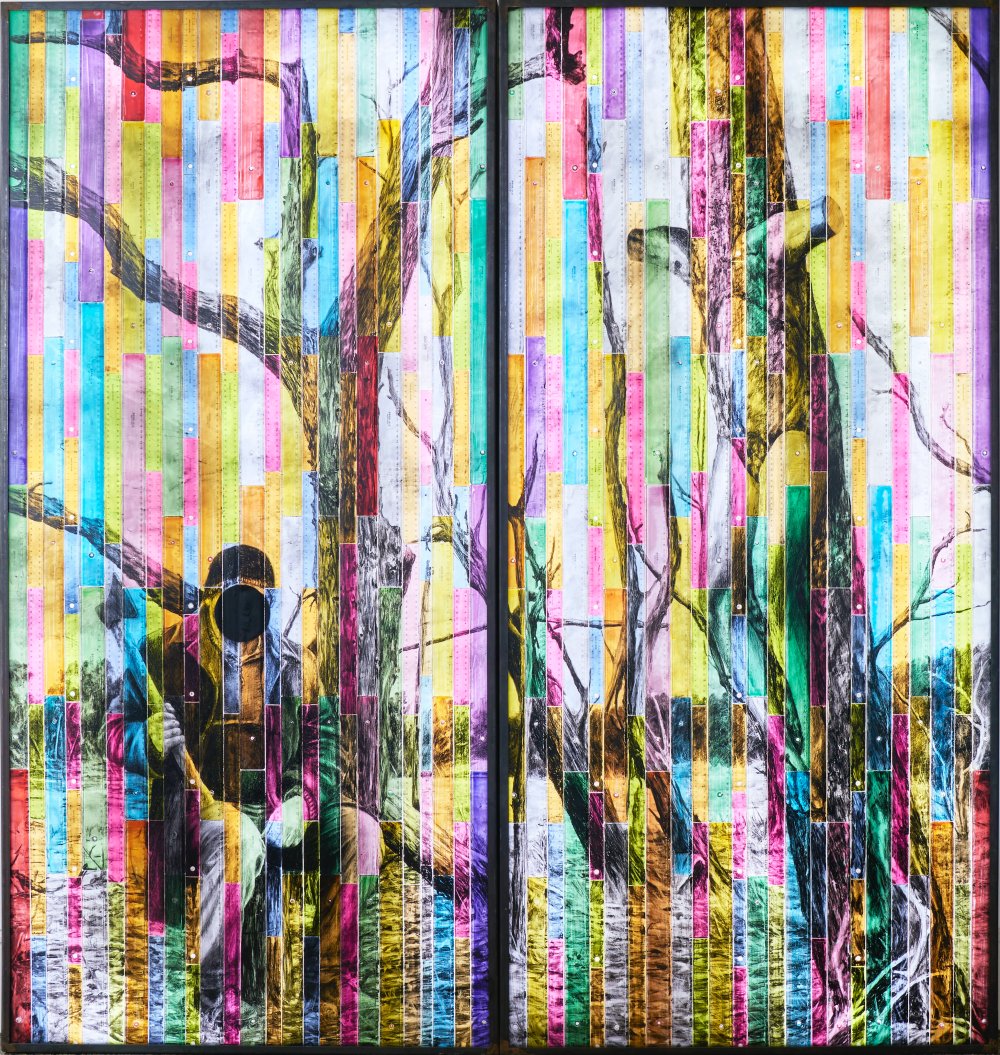 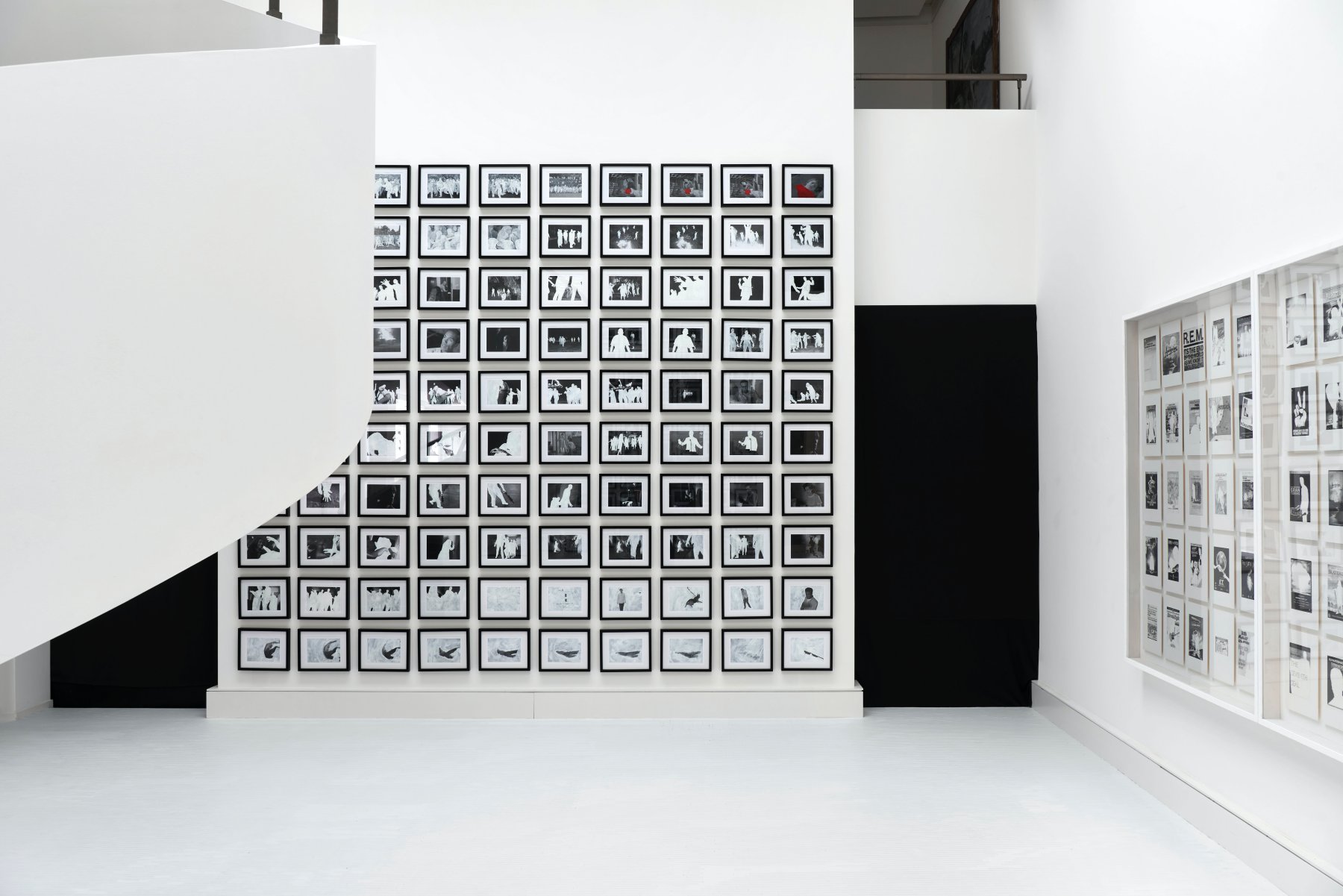 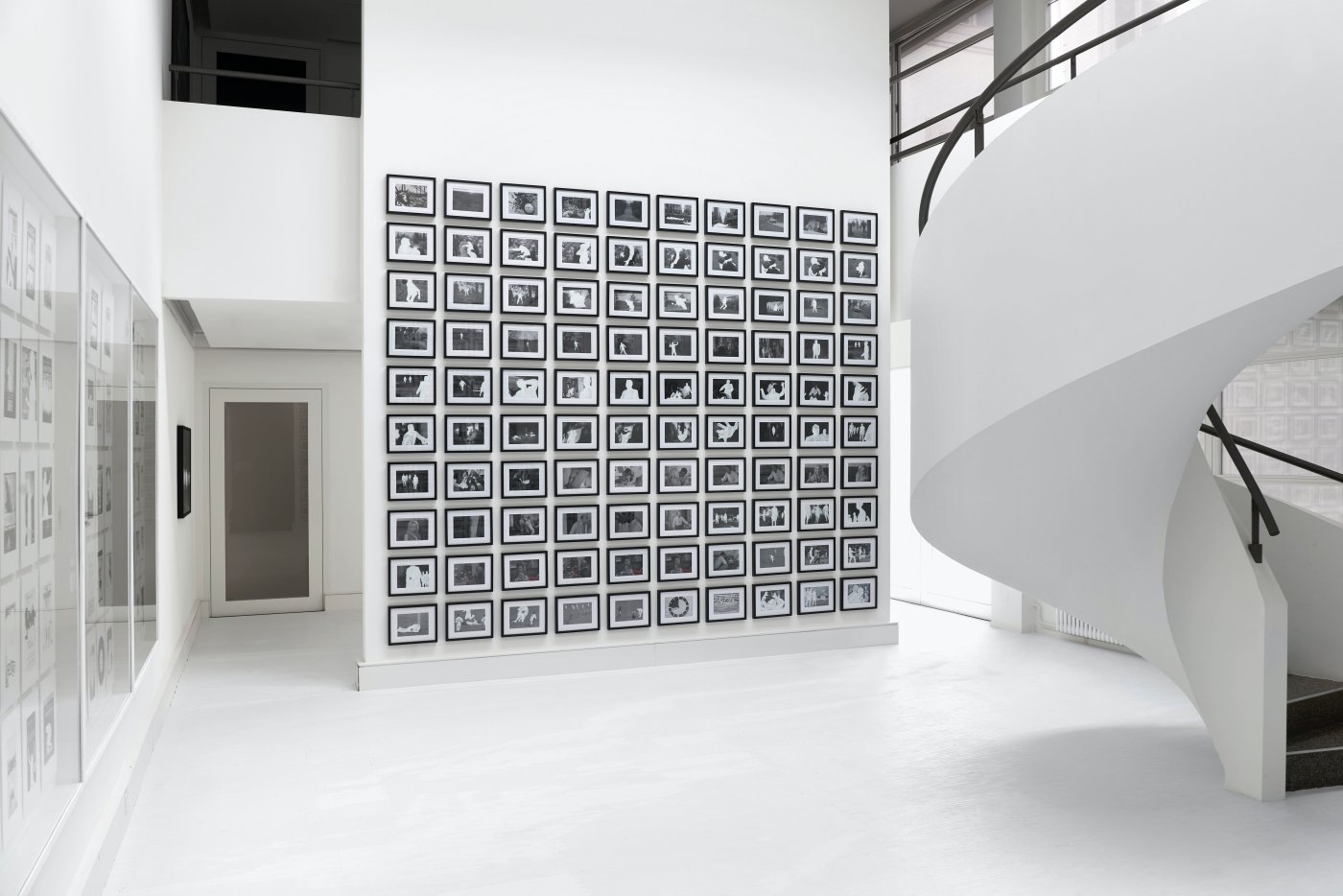 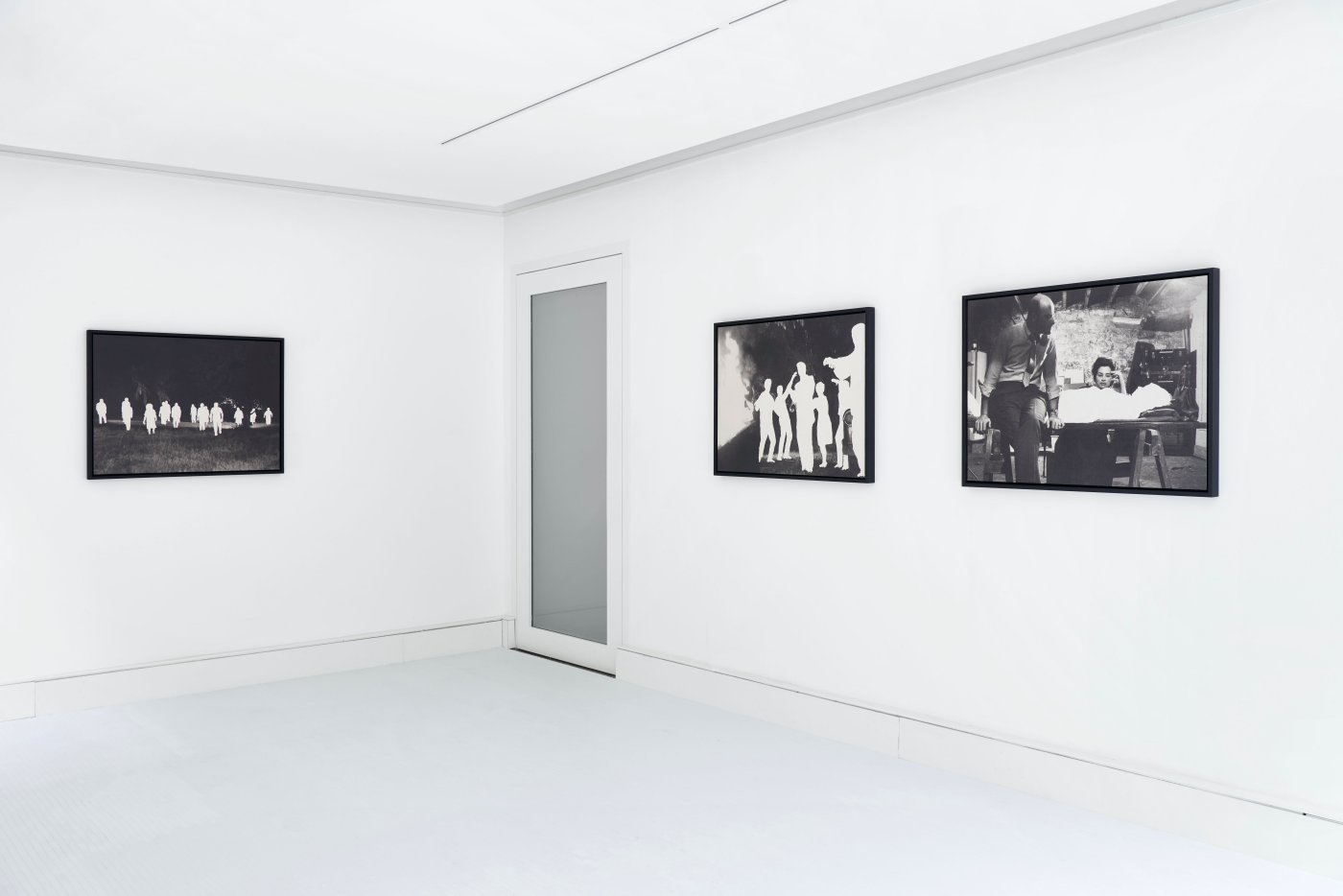 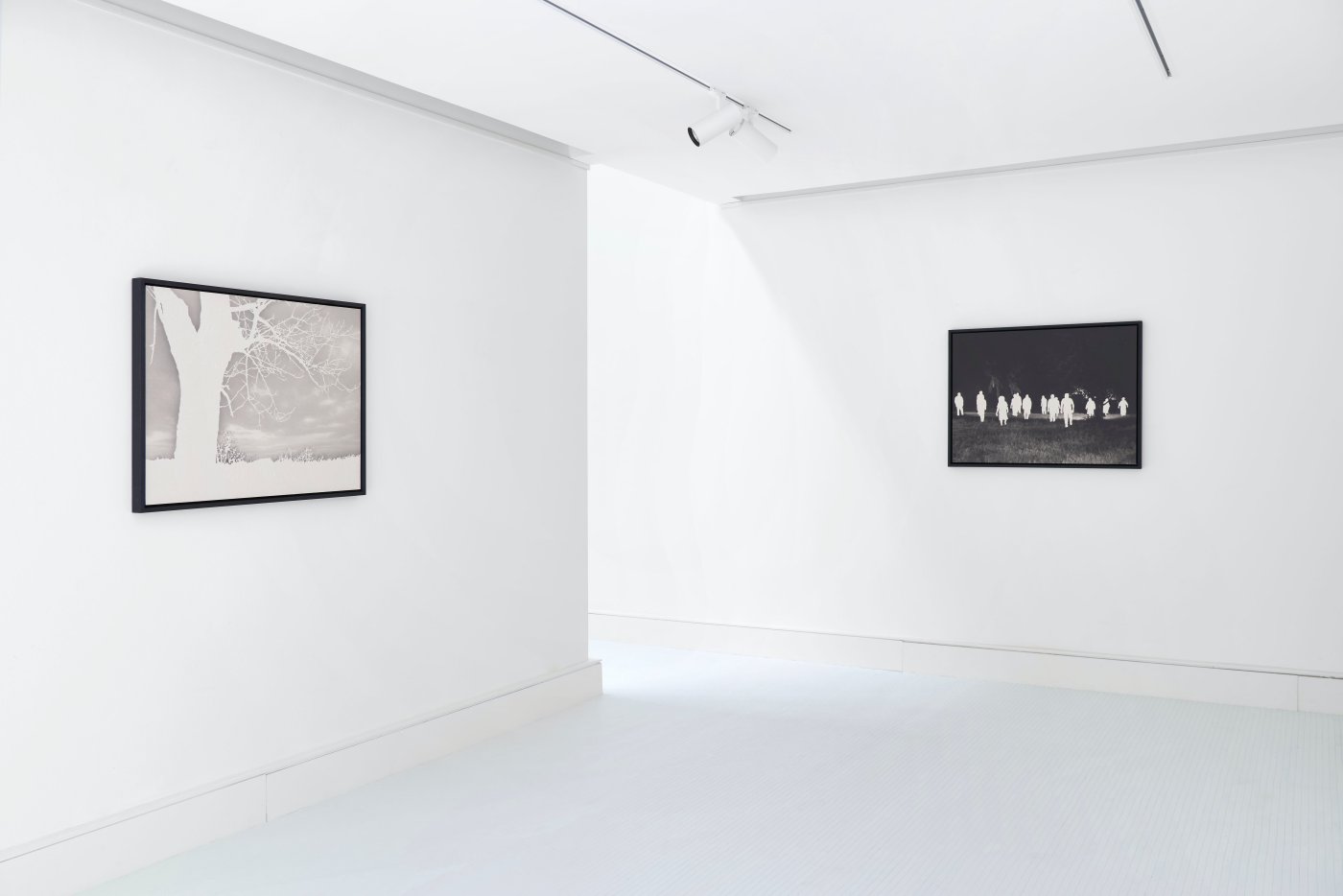 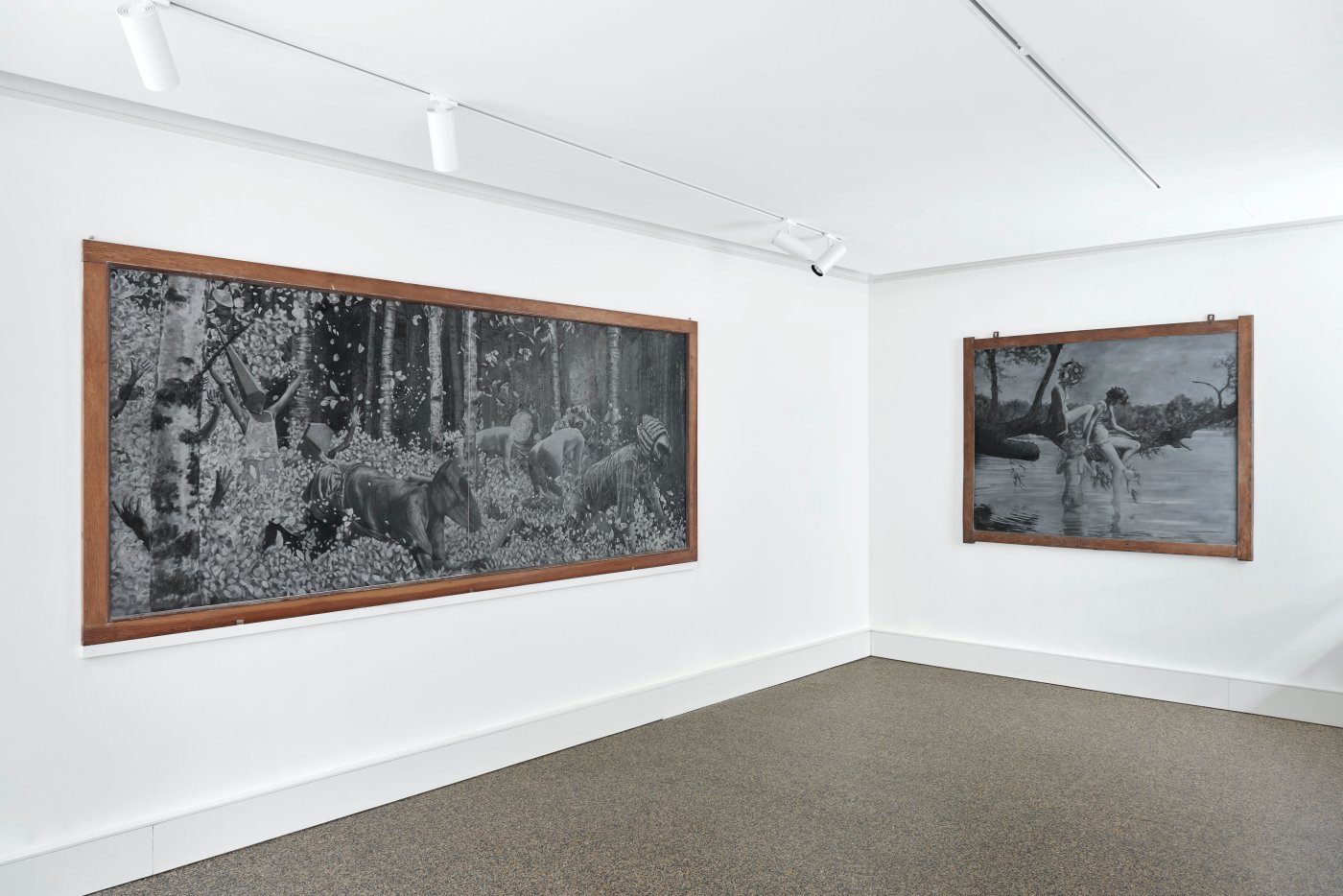 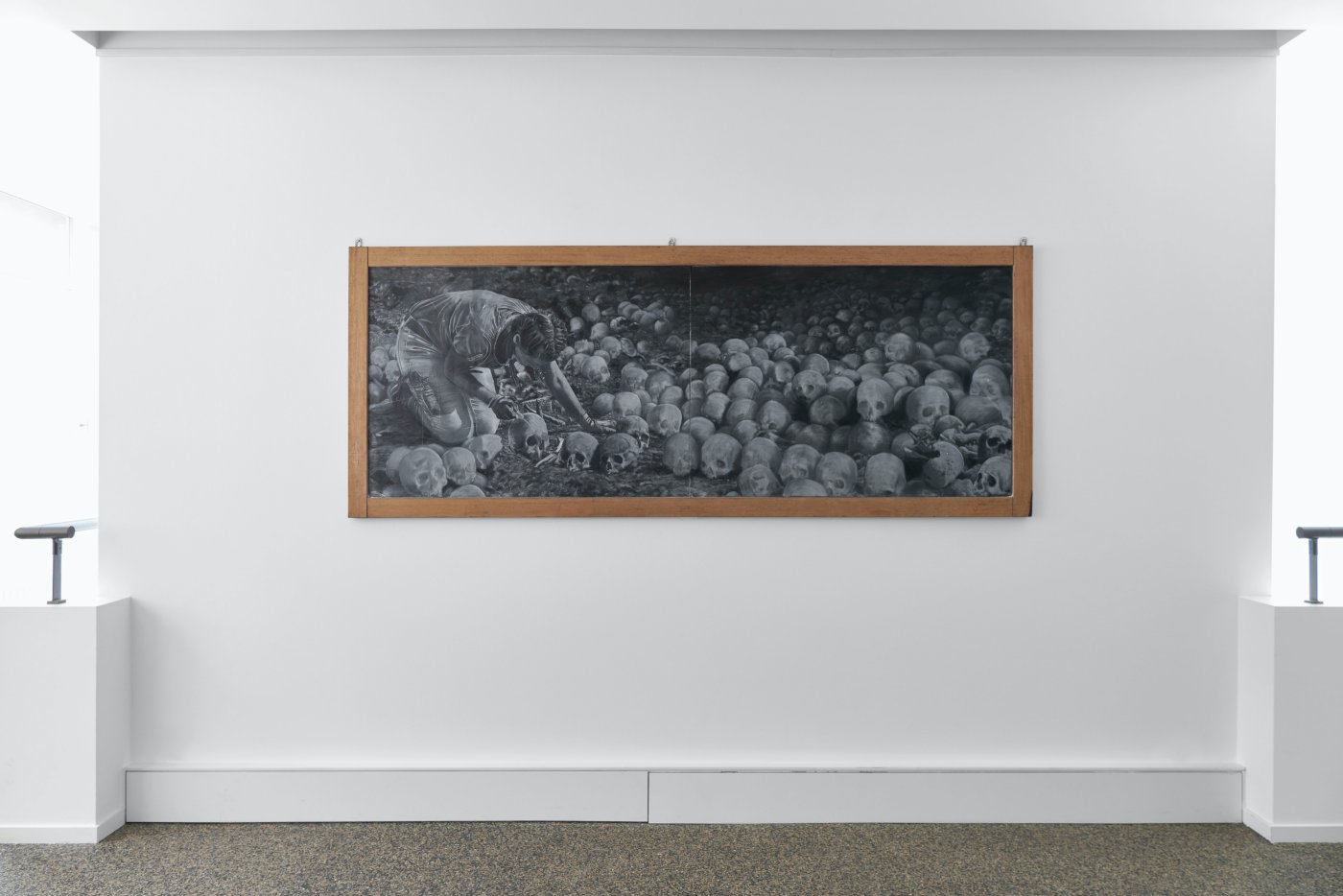 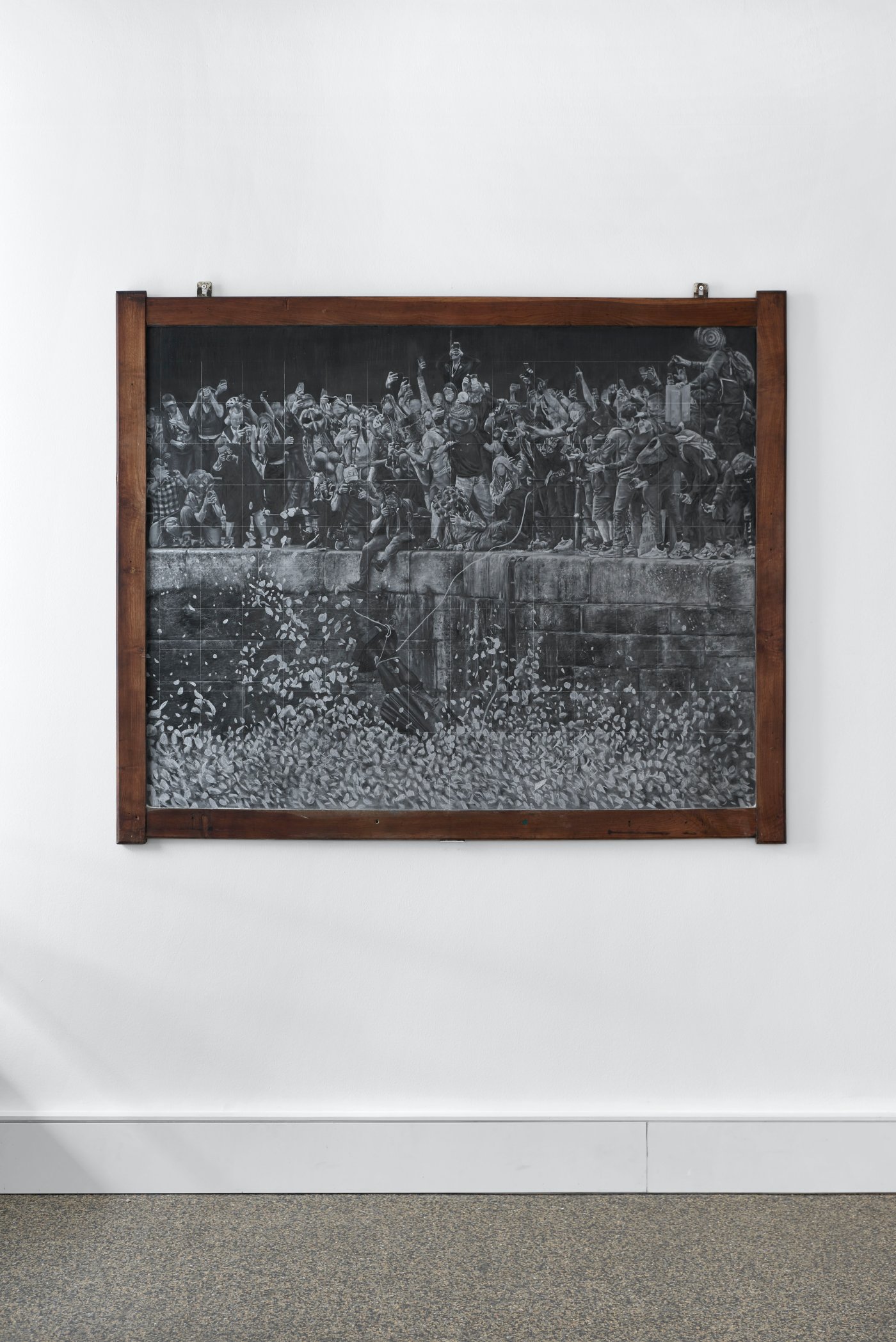 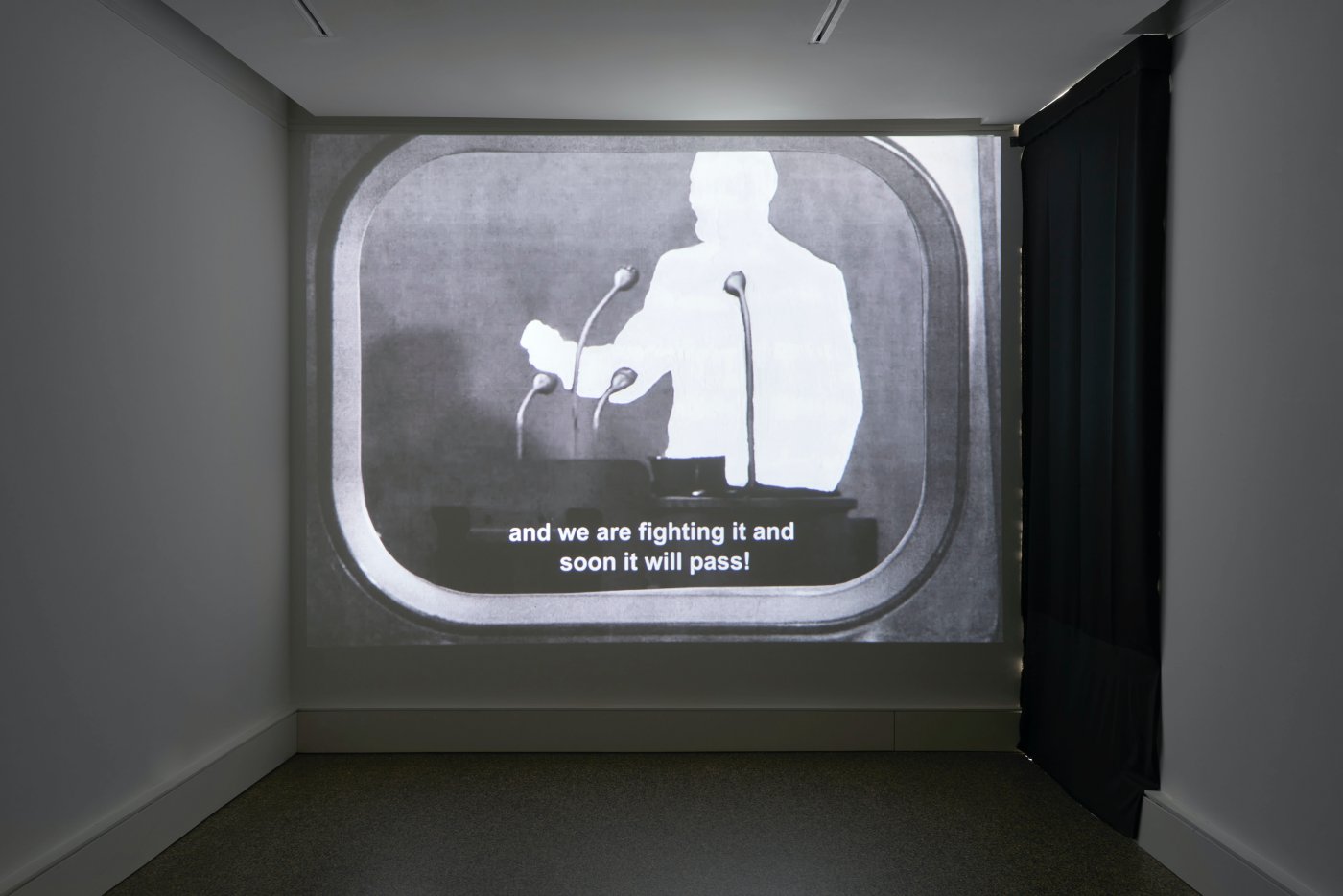 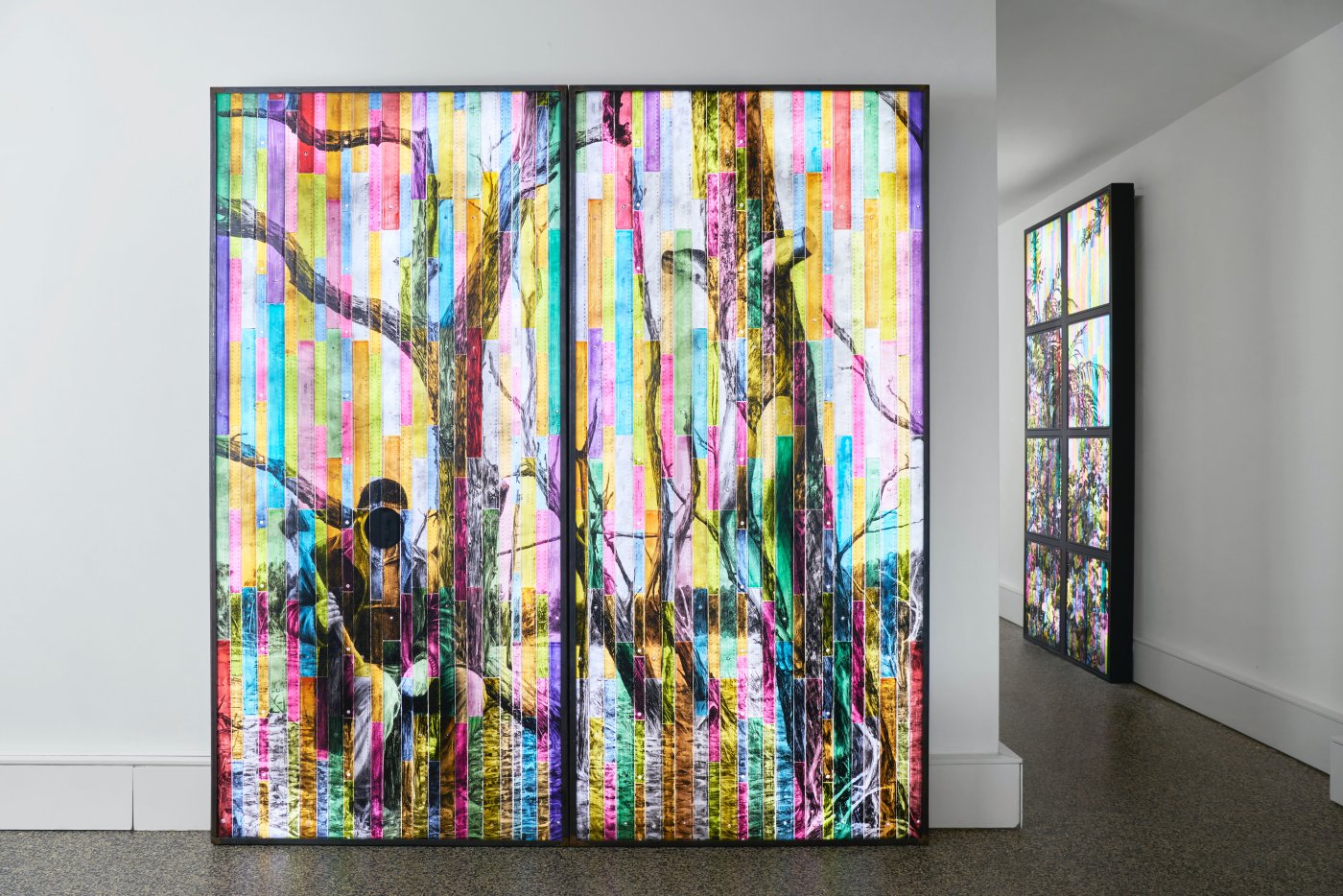 The exhibition is centered around the concept of erasure, a methaphor of our destiny. Upon entering the gallery, one walks on thousands of erasers laid down like mosaics. It evokes a peaceful and calm environment and sets the scene and mood of the exhibition, quited by the erasers absorption of noise. This sense of catharsis is linked to how Andrea Mastrovito views the genre of horror, as a perfect metaphor for our society. For him, horror movies represent promise and possibilities but can also predict great danger. These erasers resembles coffins in a cemetery and suggests that everything will be erased, we will return to the earth and be walked on. However, he doesn’t consider this morbid. In some ways, the serenity of it gives space for people to forget about the horror of the past year, when our way of life was erased.

Like a clean sheet of paper or an unused canvas, the emptiness gives room for rebirth. It is also how Andrea Mastrovito’s movie, I Am Not Legend ends. Based on and a remix of George Romero’s 1968 horror film, Night of the Living Dead, which in turn is taken from Richard Matheson’s 1954 post- apocalyptic horror novel, I am Legend, “the artist tunnels through Romero’s script for Night of the Living Dead, he empties the characters from the inside out, deleting so much dialog from the 1968 screenplay that it is left a mere shell of outward signs. The figures of the undead are whitened out. Mastrovito pours new meaning, replacing most of the original screenplay with an astonishingly diverse array of quotations from poems, novels, songs and films, to sketch a cult of mass forgetting, and the fractured, alienated worlds of late modernism that are both its cause and its legacy.”

To produce I am Not Legend, the artist employed an incredibly labor-intensive process of printing, and then hand painting, scanning and re-filming nearly a hundred thousand stills to constitute the sixty-eight-minute animation. Two hundred of these are on view here, as is the work, In Order of Appearance, which features the covers of sources of the film’s script.

On the top level of the gallery are six slate blackboards which Mastrovito has skillfully carved. Blackboards are used in schools not only because one can write on them but also because they can be easily erased. This is why many students carve into them in order to leave their mark and signal their passage at school. The six works we find here all have references to characters or the myth of erasure. Three of the works depict Damnatio memoriae, the Latin term for excluding certain persons from official accounts by scrubbing the memory of them from history. Here we have Christopher Columbus being removed by a crane, Edward Colston being thrown into Bristol Harbour, and the legend of the transgressive and defamed Roman Emperor Elagabalus who smothered his guests with rose petals. In Autodafè, children play hopscotch on banned books that are ablaze, such as The Communist Manifesto, Salman Rushdie’s The Satanic Verses and Lady Chatterley’s Lover. The last two works reference Greek mythology. Léthé is one of the five rivers of Hades, that of forgetting and oblivion. When you enter, you forget everything. Finally we have the muse of history, Clio. Here, Mastrovito depicts this woman who is erasing the skull. History fails to remind us. We always forget. In the end everyone will be forgotten. Everyone will be erased.

Courtesy of the artist and Wilde. Photo: Philipp Hänger