Hollis Taggart presents These Days, artist André Hemer’s first solo exhibition in New York. The presentation features a selection of new paintings and sculpture created by Hemer during the worldwide shutdowns spurred by the COVID-19 pandemic. 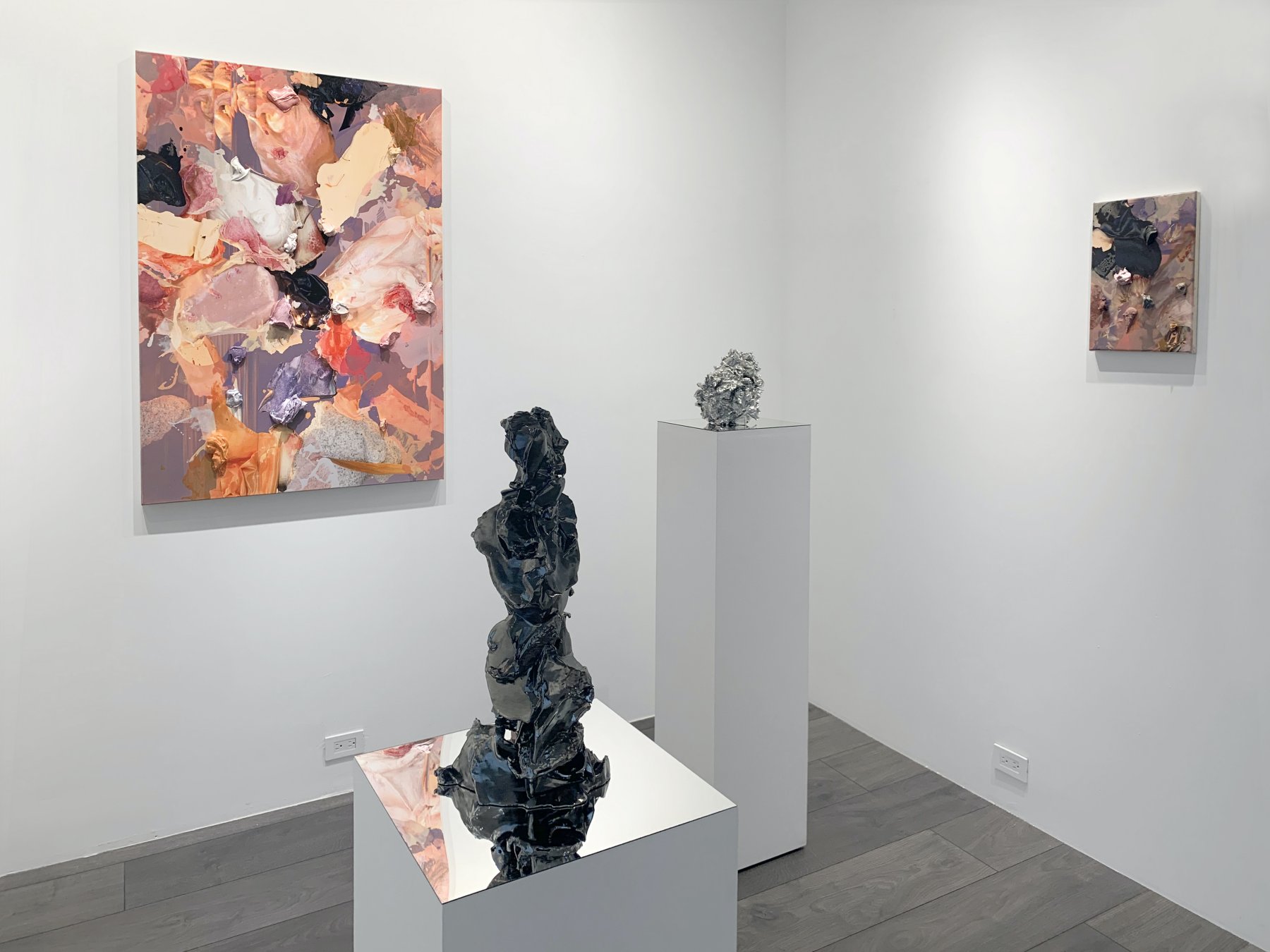 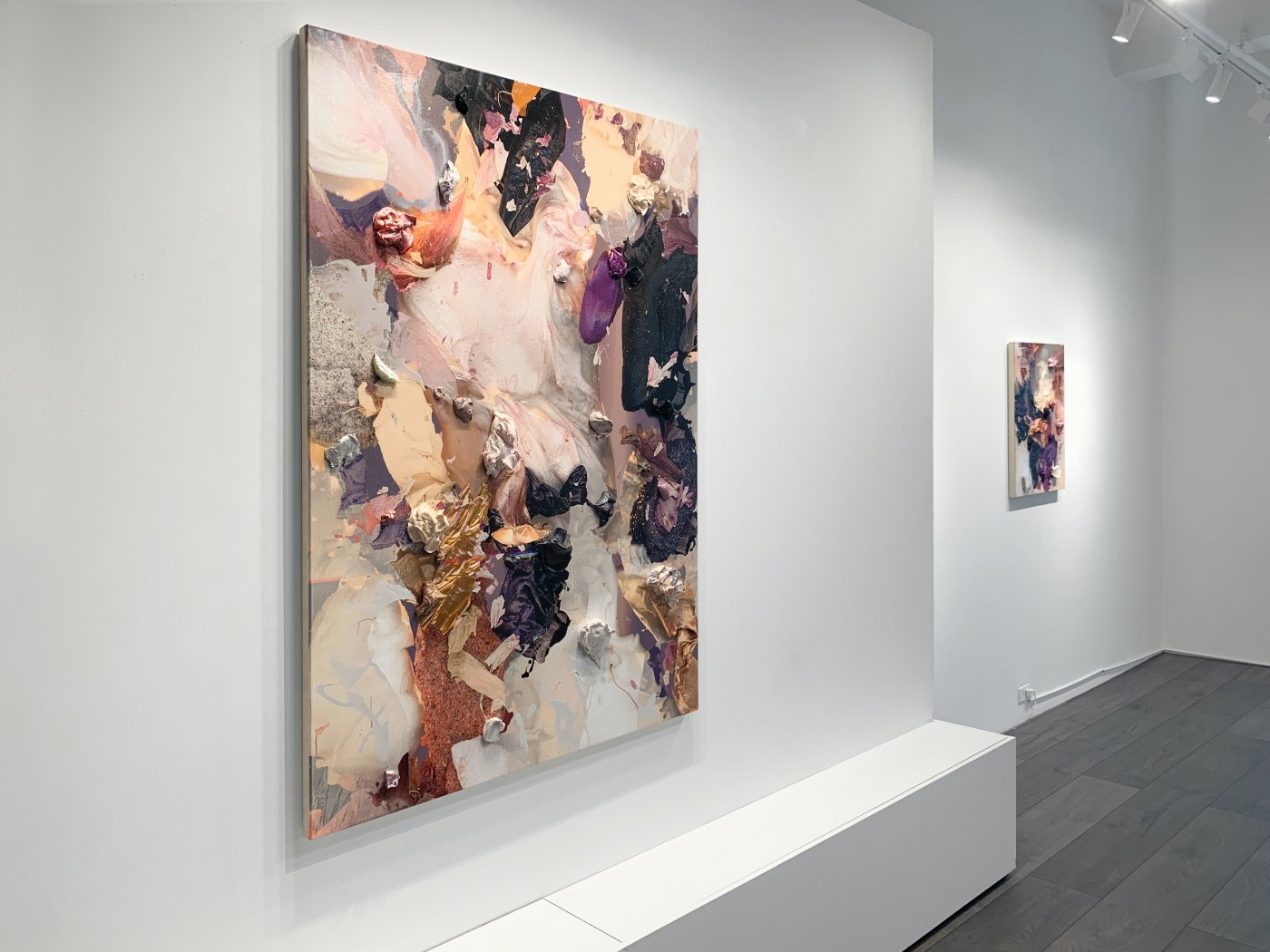 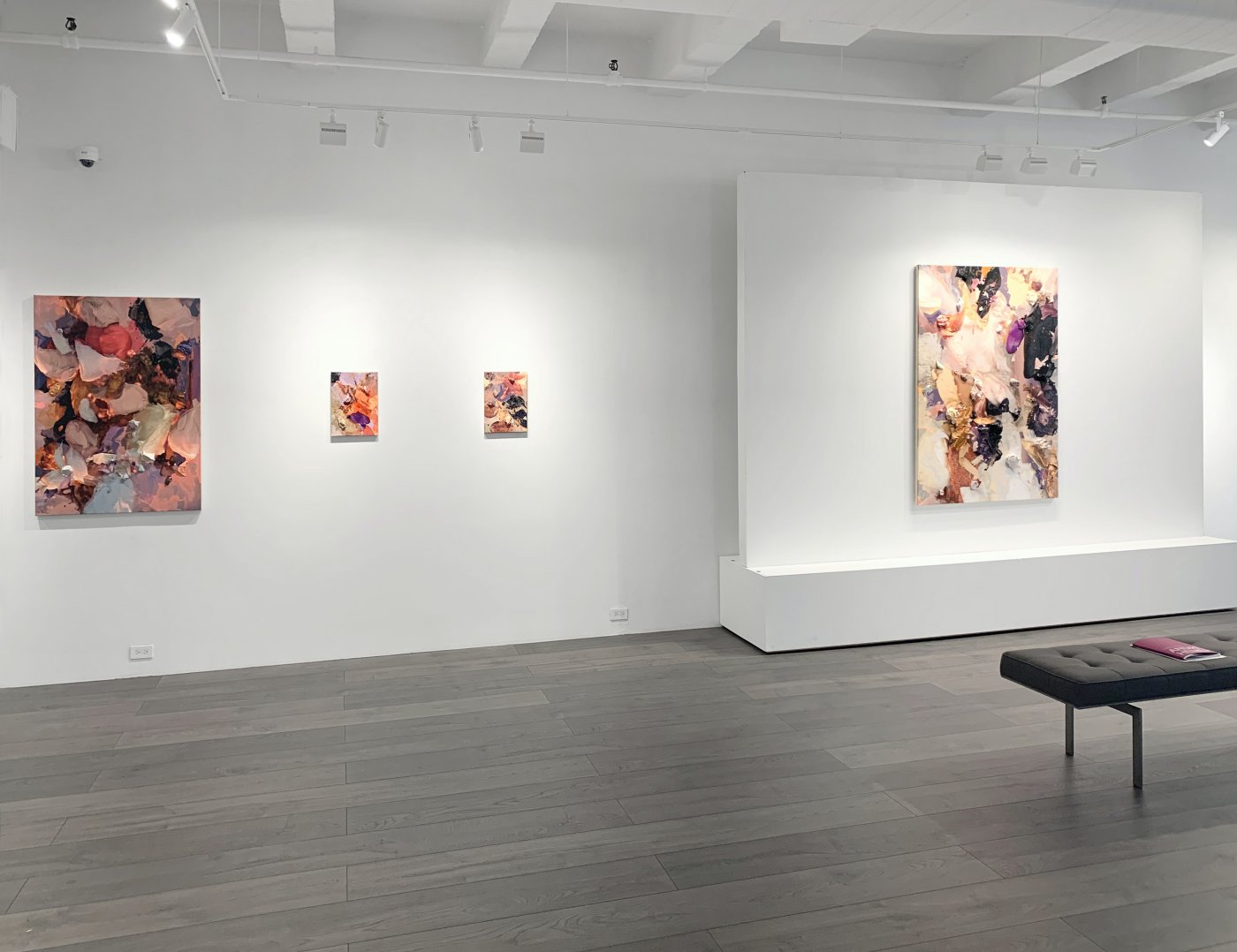 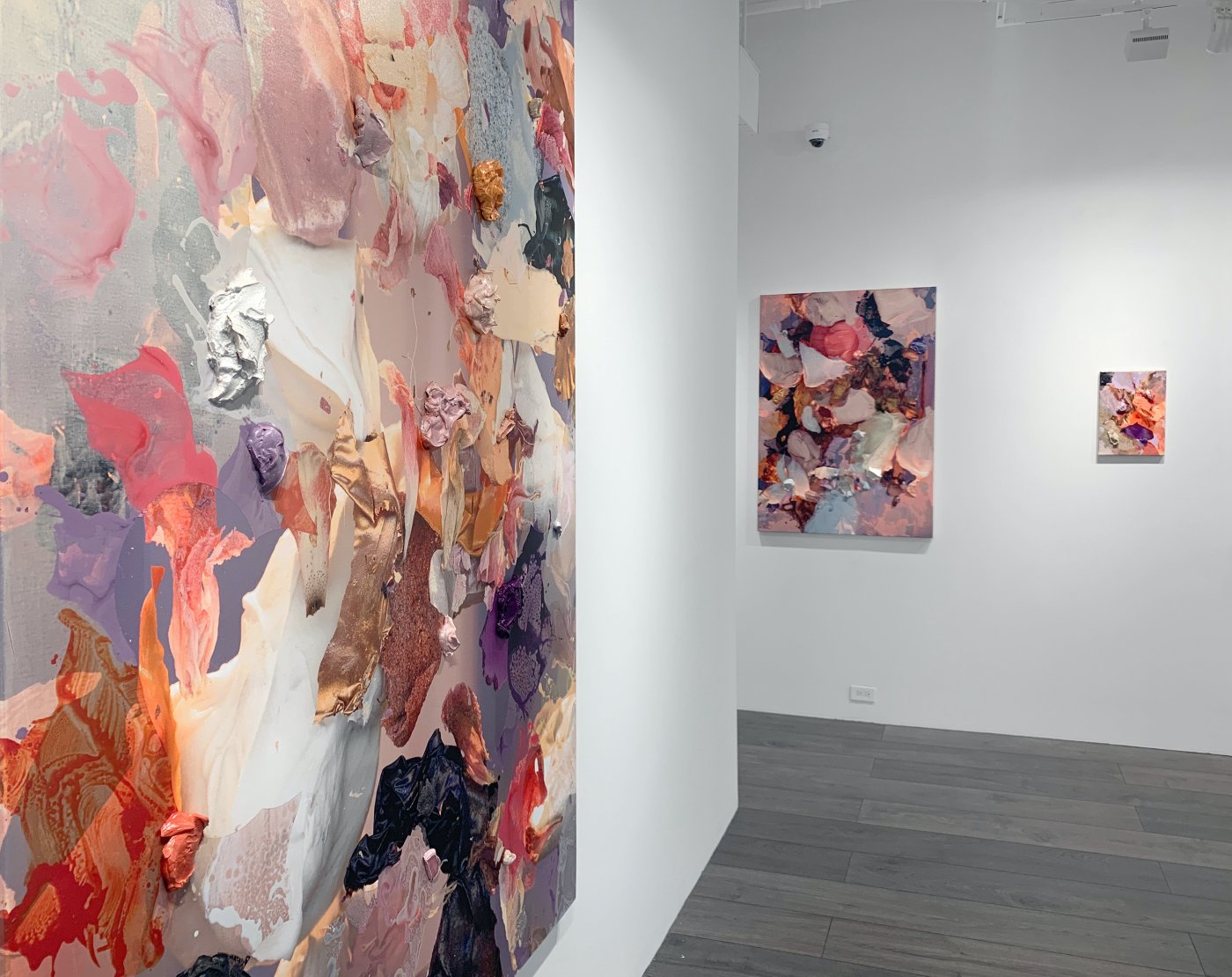 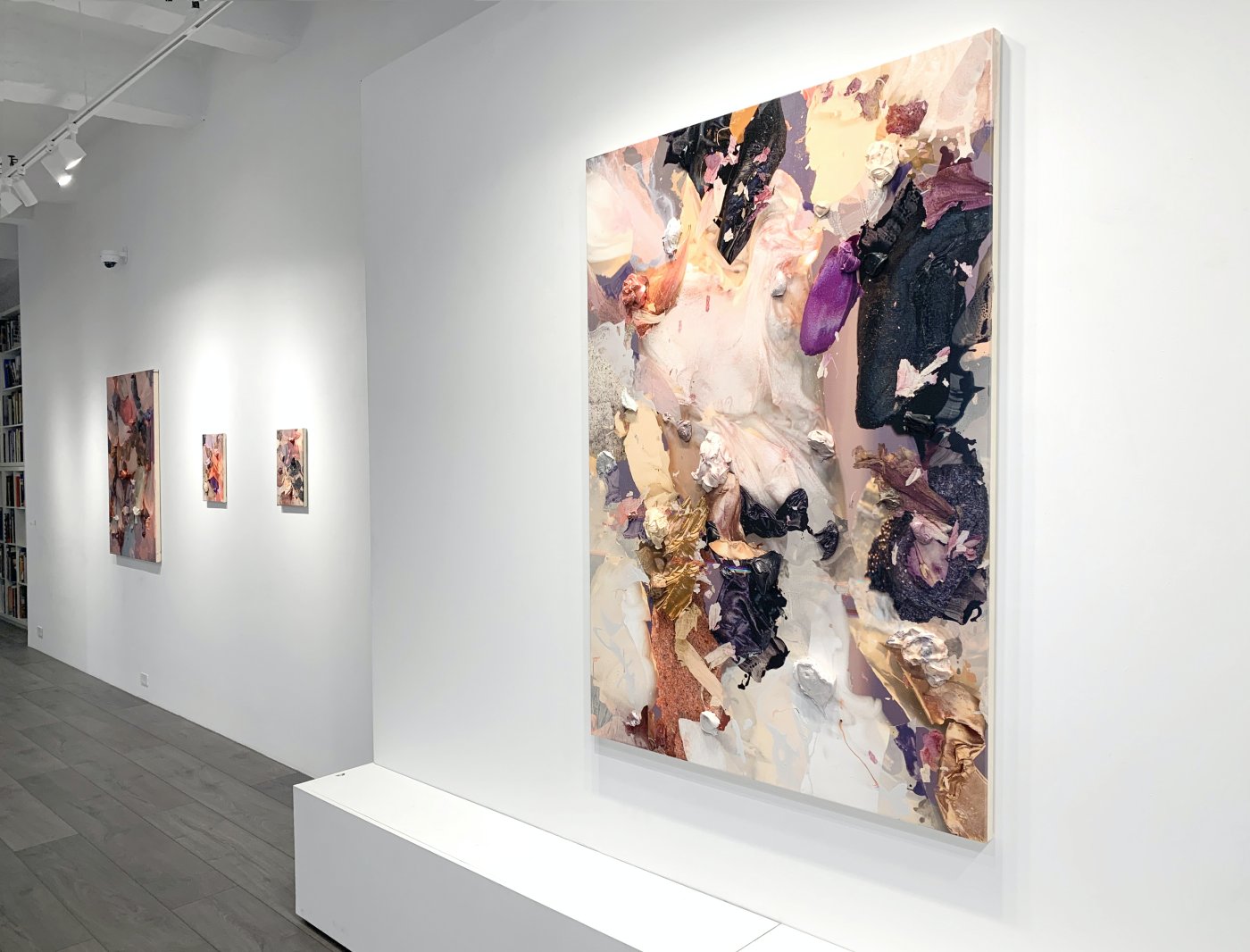 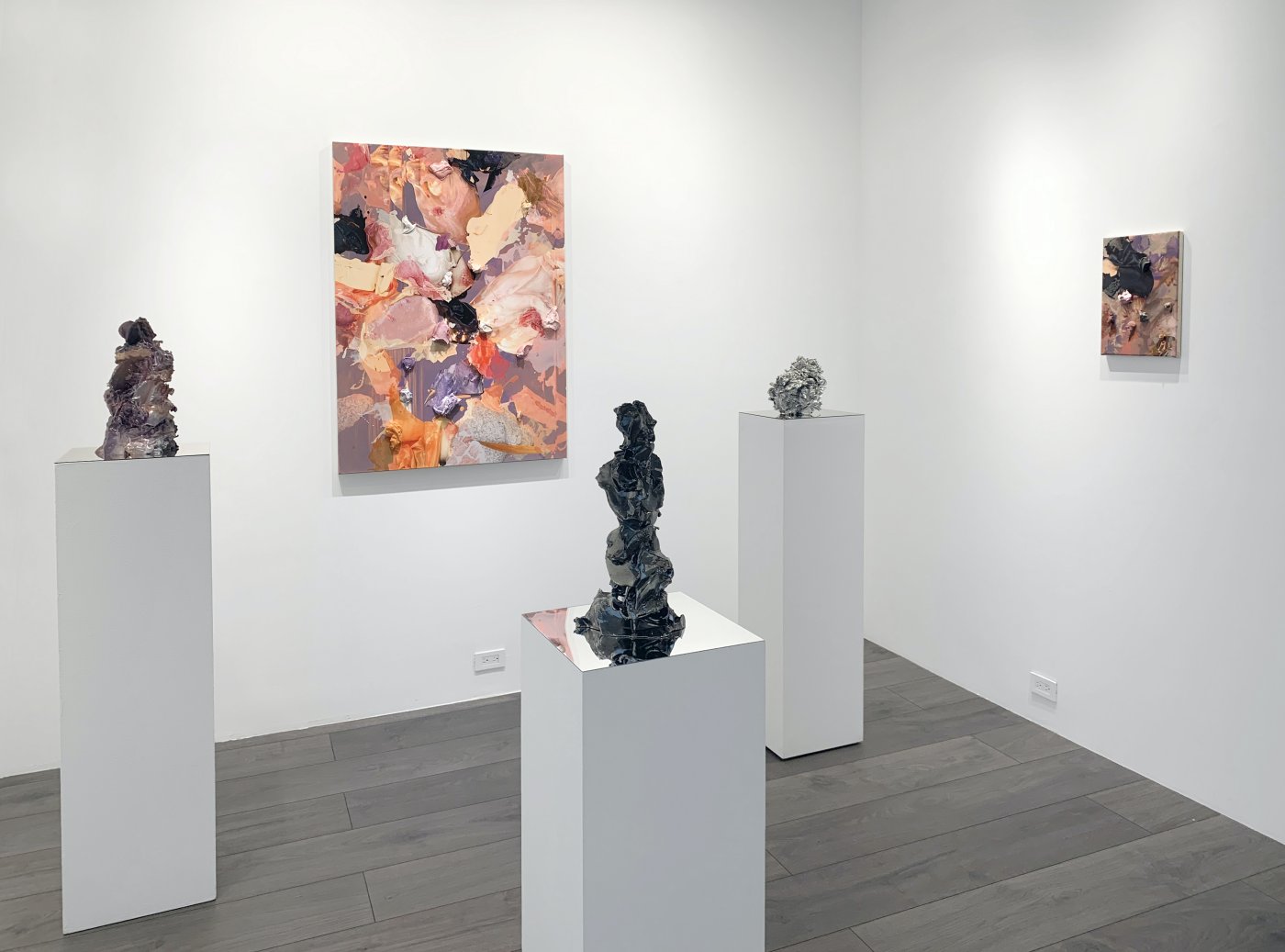 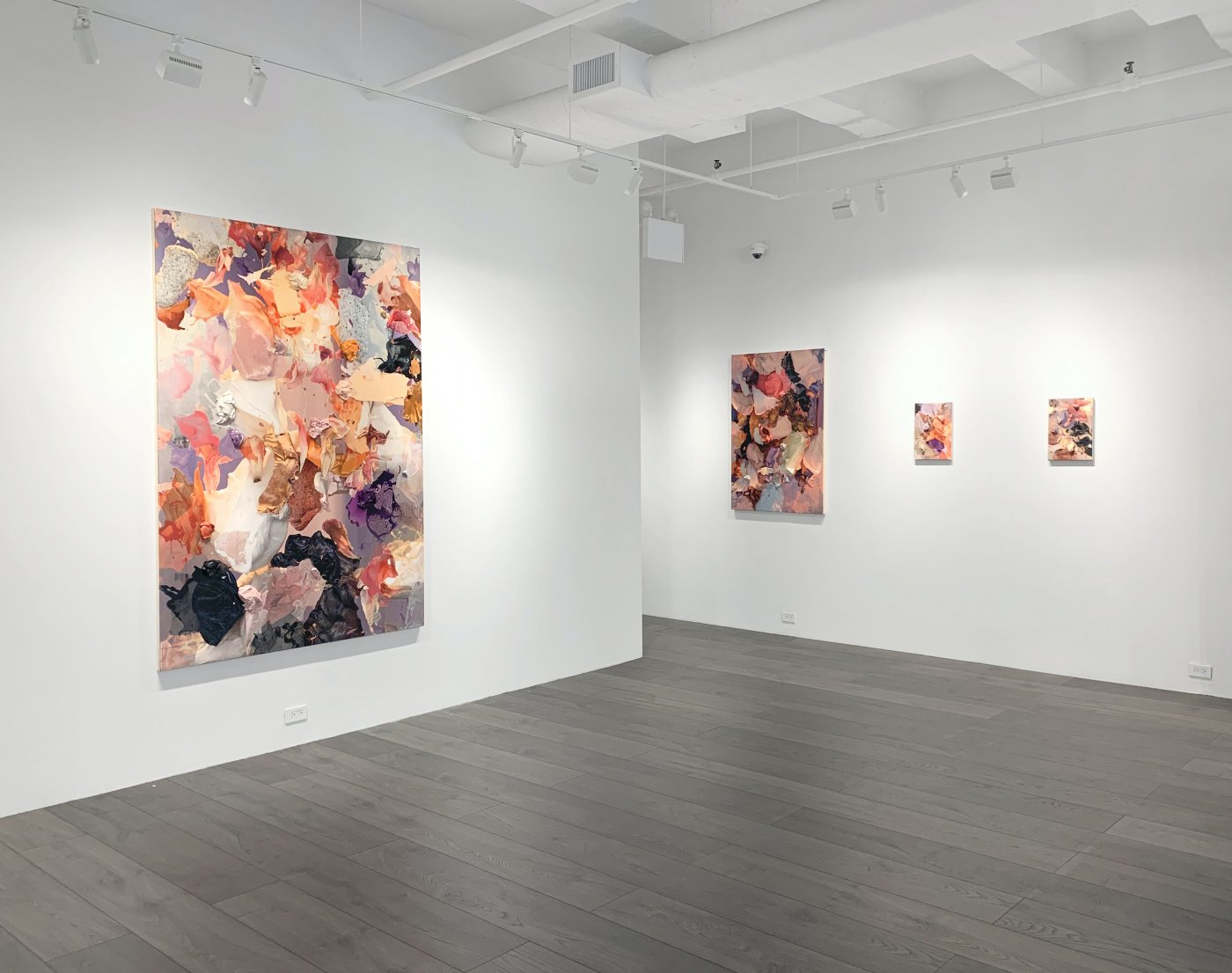 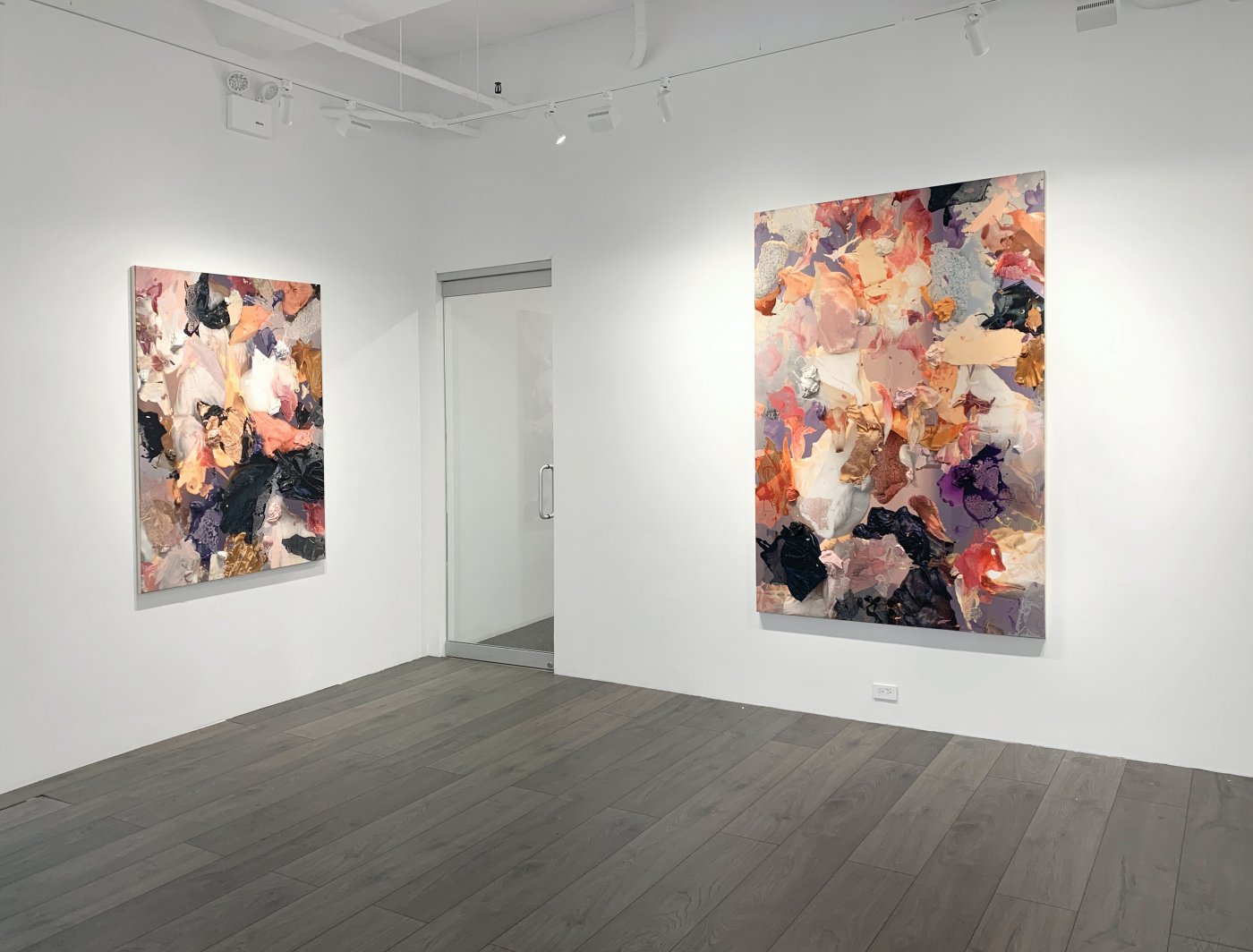 The new works reflect Hemer’s ongoing engagement with nature, and in particular the cycles of the rising and setting sun, which have especially drawn his attention in the sudden quieting of his home city of Vienna. These Days will be accompanied by a catalogue featuring an essay by writer Victoria Scott. Hemer joined the gallery’s contemporary program in August 2019 and has since been included in wide range of its fair and group presentations.

Hemer is recognized for his distinct fusion of digital scanning processes with a physical working of thick formations of acrylic paint. His paintings, which are produced by layering paint on a flatbed scanner left exposed to both natural and artificial light, are ripe for an era in which the boundaries between the real and manufactured have been deeply eroded. As the spread of COVID-19 has altered daily life in unexpected and unprecedented ways, Hemer’s work has taken on an increased poignancy and urgency, pushing against the substitution of digital experiences for lived ones and embracing the seemingly universal need to reconnect with the natural world.

His new paintings are charted by and encapsulate brief moments in time, with titles like These days (July 12, 19:38 CEST), and reflect, in their sumptuous colors and reverberations of light, the sensations of beauty, hope, isolation, uncertainty, and quietude that we have all felt over the last months. The paintings burst with rich pinks, peaches, and golds as well as cool whites and violets that seem to float and move within an open expanse, much like the sky. In this way, these works function as contemporary landscapes, capturing the changing physical and psychic atmosphere and offering a record of a particular time, place, and experience.

As the pandemic brought Vienna, like many other cities, to a halt, Hemer began to notice and engage more actively with the sensory elements of his immediate environment: the colors of the rising and setting sun; the increased birdsongs heard from his rooftop apartment, where the featured works were also created; and other aspects of nature that have often become distant from our contemporary, urban experiences. These observations led Hemer to engage even more fully with the tactility and physicality of his works. He began incorporating flower petals in and amongst his dollops of paint, infusing his paintings with an even greater sense of texture and tangible organic form. The hand formation of these materials on the scanner actively subverts the flatness of the scanned image and the perceptions produced by the digital screen. Taking this approach yet further, Hemer began for the first time to create sculpture and sound works.

These Days features several of these new sculptures, which represent the three-dimensional manifestation of his paintings. To create the sculptures, Hemer digitally combines scans of paint as well as of different flowers in various stages of drying, which he then 3D prints into their initial physical forms. The sculptures are then hand worked through a variety of methods that range from airbrushing and layering of iridescent color to hydro-dipping, in which the artist applies additional scanned images to the exterior of the sculptures. For Hemer, the sculptures are a new physical evolution in capturing the sensation of objects floating within a particular moment in time.

“I’ve always liked painting because it creates a sense of intimacy, which is rooted in the relationship between the materiality of the work and how we perceive it. This feels particularly crucial right now, when there is such a profound disconnection between people, place, and experience,” said Hemer. “To recapture that dimensionality and tactility, I use a wide range of different materials and formal approaches to confuse and compel the viewer—to draw them in and make them feel like they want to touch the work. For me, the more confounding and mysterious the painting, the more it feels like I’ve hit on something new, interesting, and right for the current moment.”

André Hemer’s new work is also currently being presented by LUIS DE JESUS gallery, Los Angeles, in an online viewing room. Titled Sunset / Sunrise, the digital presentation will remain on view through November 30, 2020.
—
André Hemer (born 1981, New Zealand) has exhibited widely, with recent solo presentations including The Cobra Effect, Kristin Hjellegjerde Gallery, London (2018); The Imagist & the Materialist, COMA Gallery, Sydney (2018); Making-Image at LUIS DE JESUS, Los Angeles (2018); Day Paintings, Gow Langsford Gallery, Auckland (2018); IRL, Yavuz Gallery, Singapore (2017); and New Representation, Chalk Horse Gallery, Sydney (2015). His work has also been shown at a range of art fairs, including as part of Hollis Taggart’s first presentation at UNTITLED (Miami) in 2019, and at Art Basel (Basel), Art Shanghai Contemporary Fair, and Manila Art Fair. In 2020, Hemer was awarded a studio residency at MASS MoCA in North Adams, Massachusetts, and in 2017, he was awarded a six-month residency at the International Studio and Curatorial Program in New York. He received his PhD in Painting from Sydney College of the Arts, University of Sydney, Australia (2015) and his MA from the University of Canterbury, New Zealand (2006), including a Postgraduate Research Residency at the Royal College of Art, London (2006). Hemer is currently based in Vienna, Austria.