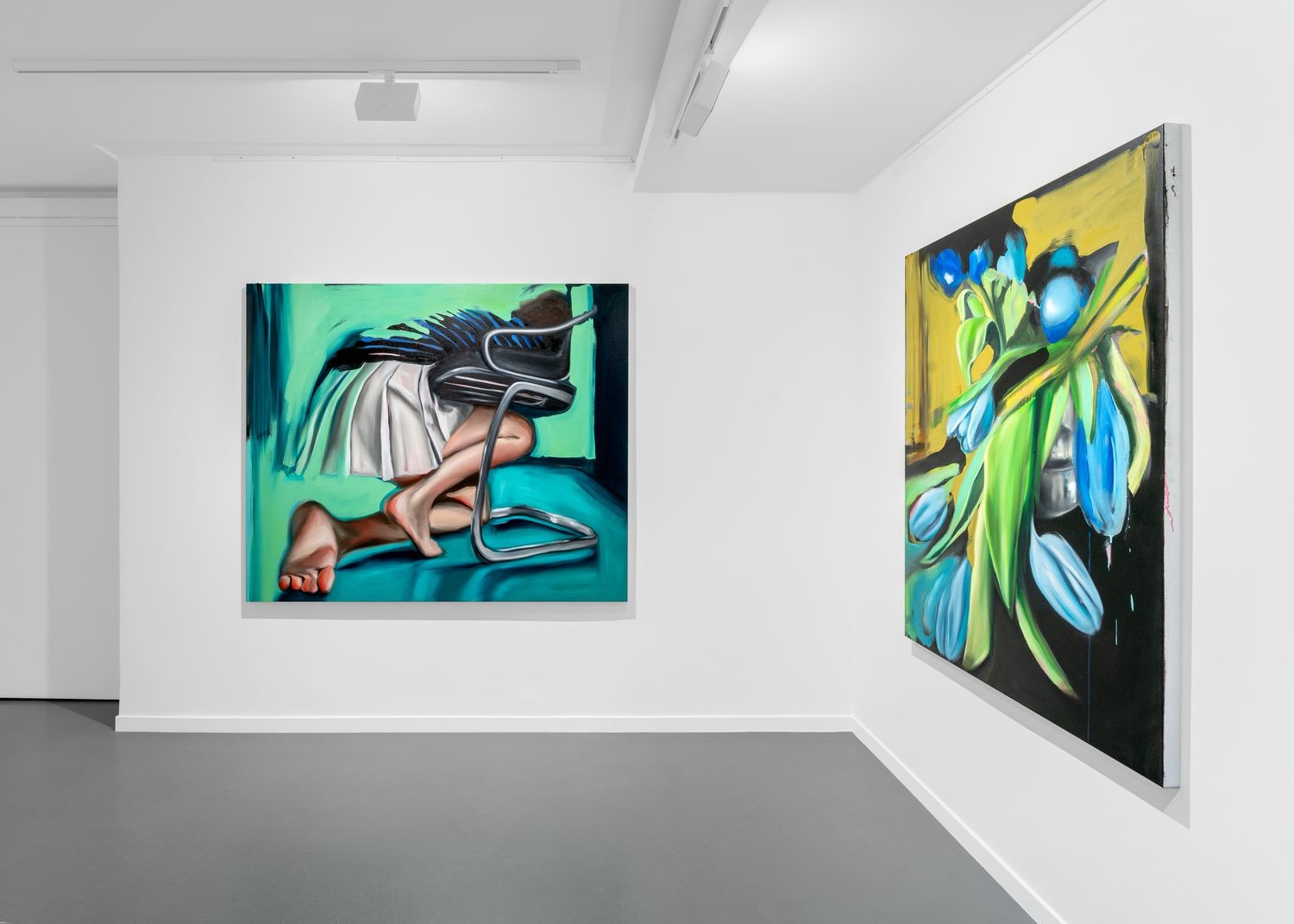 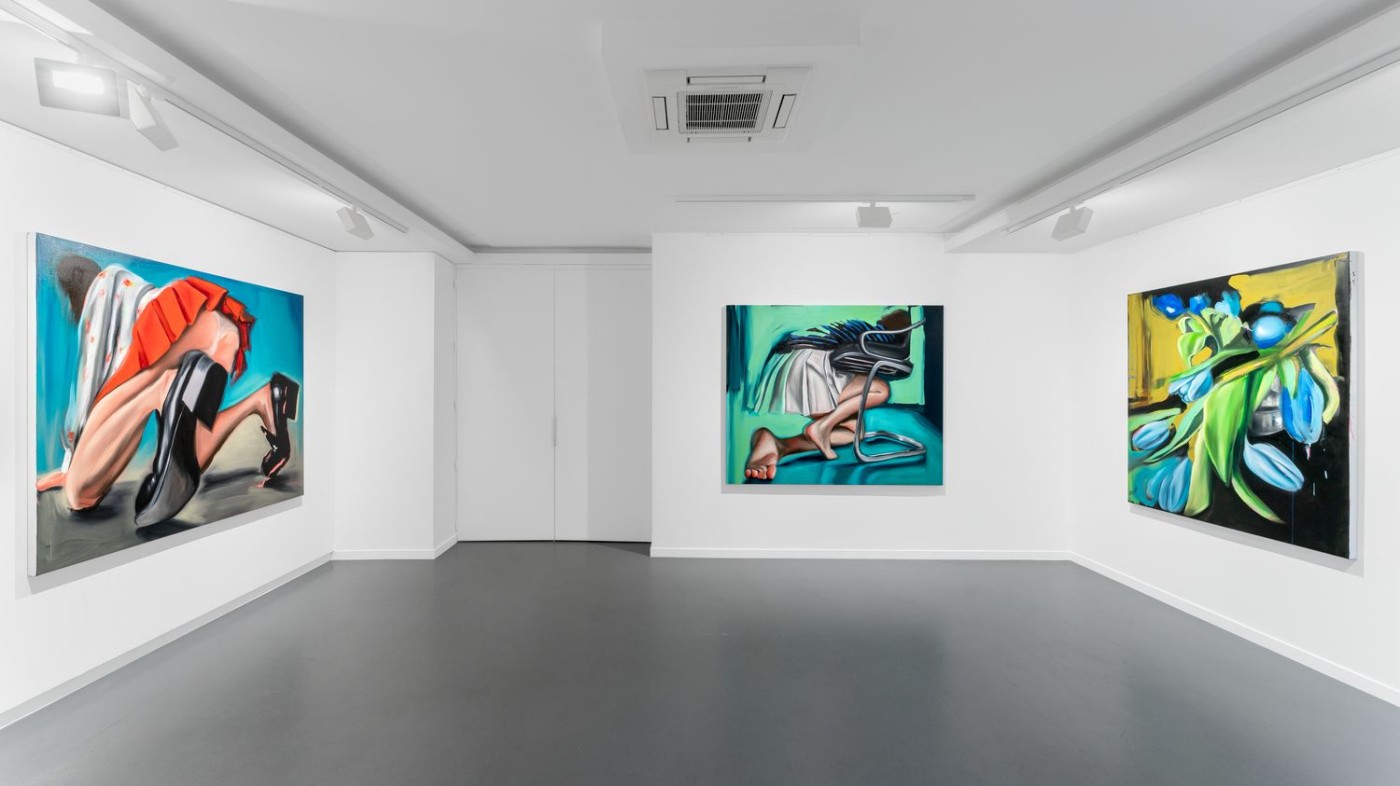 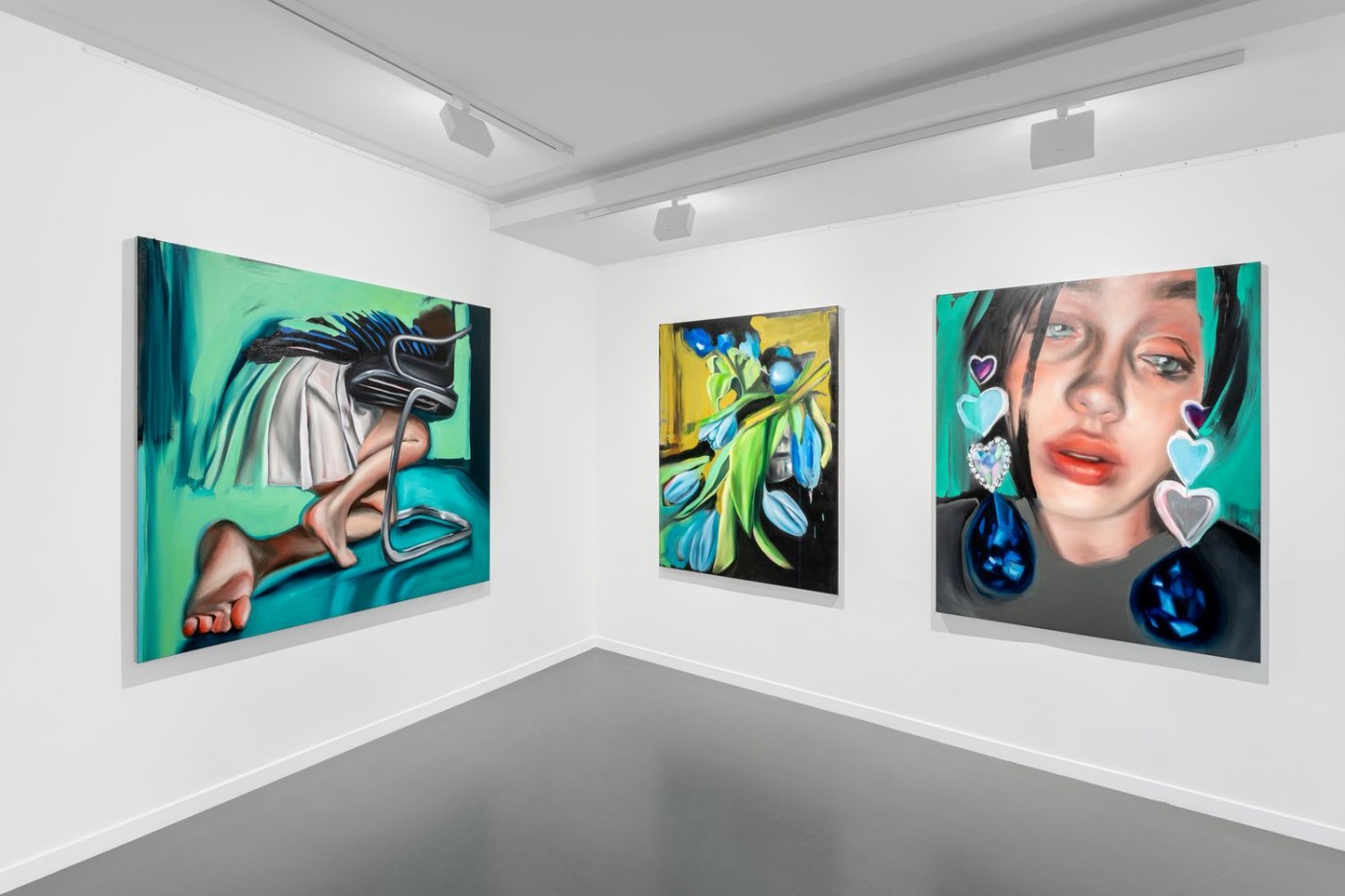 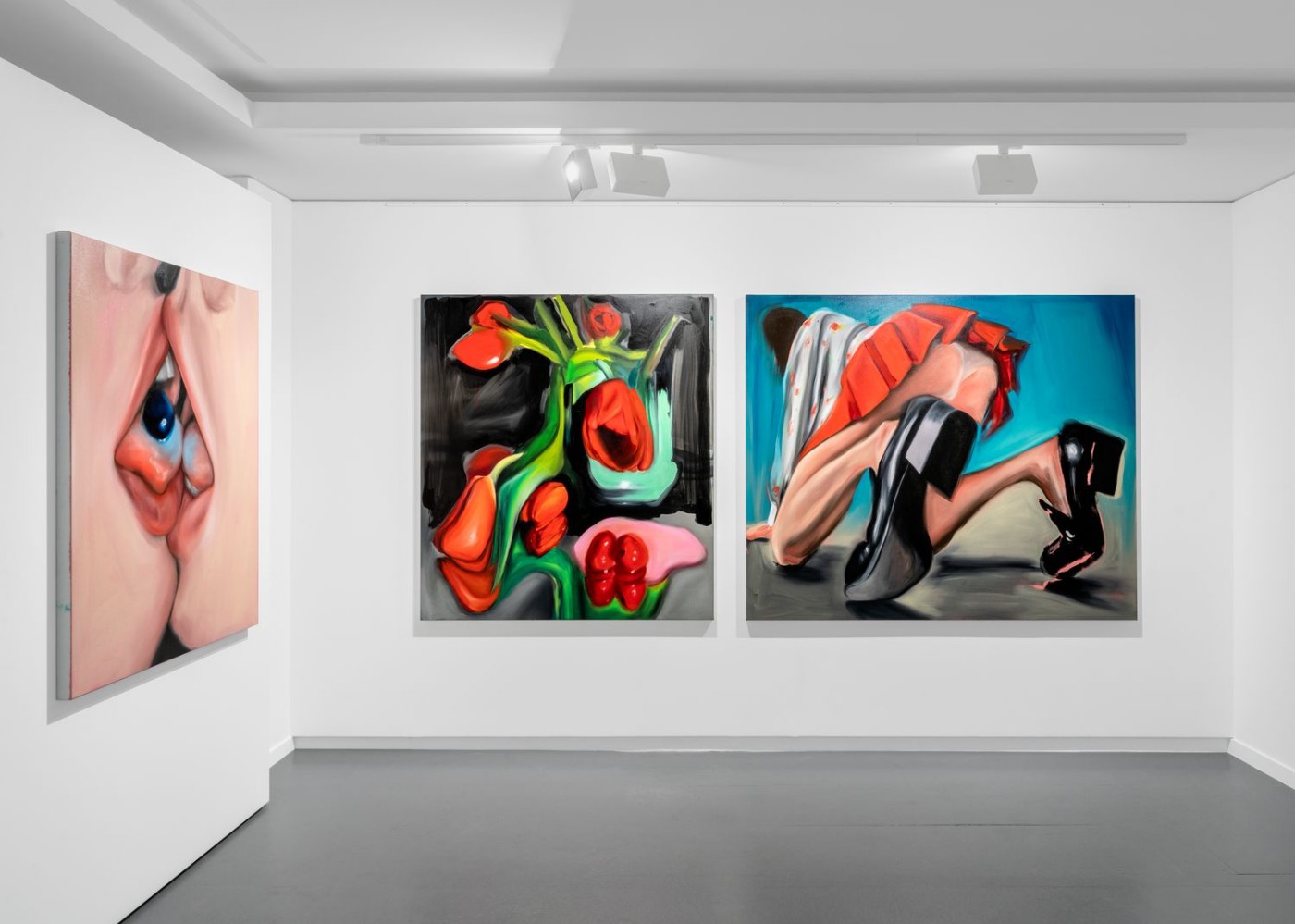 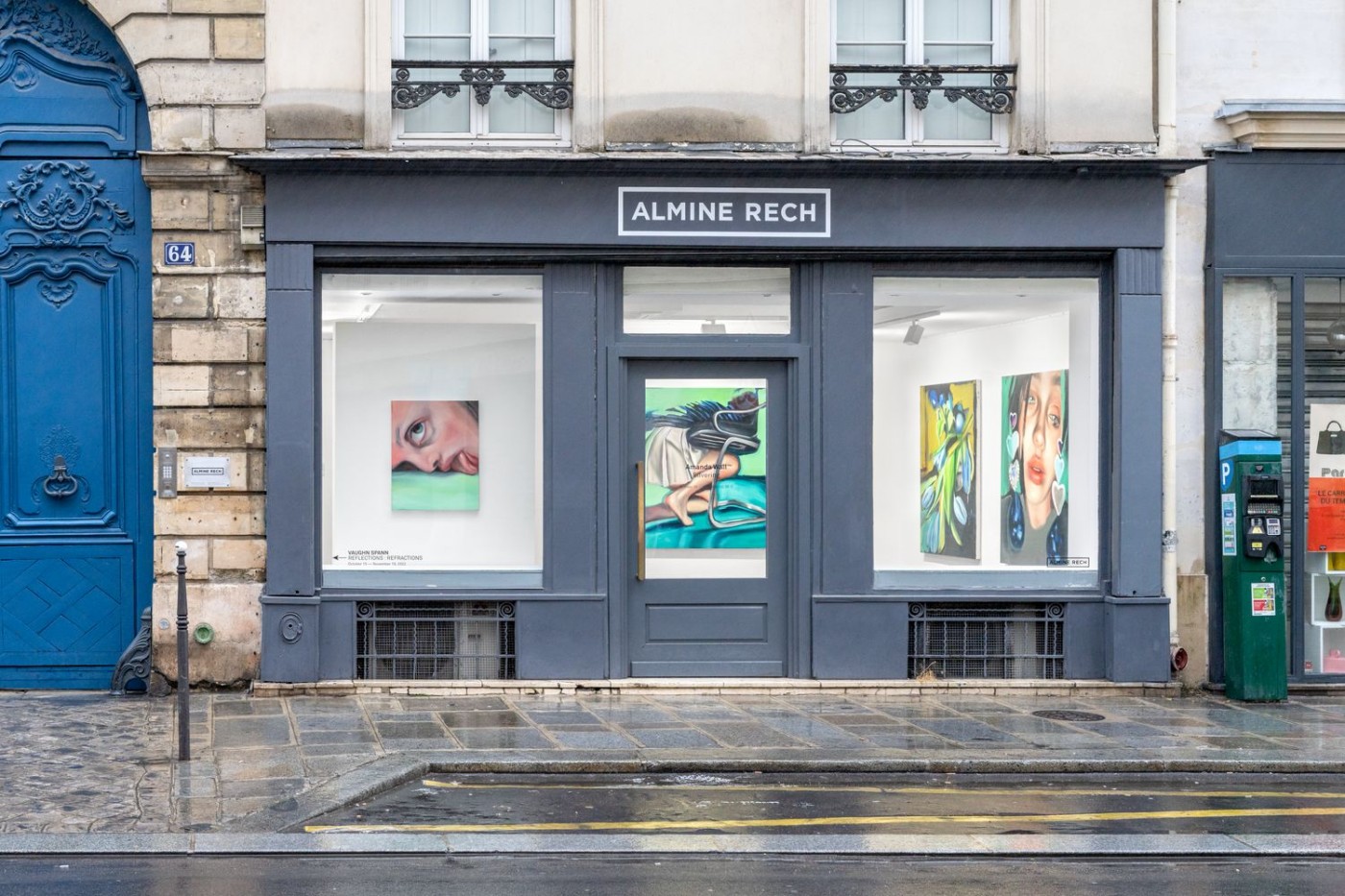 Have you ever wondered why you were kissing someone? Been struck by the differentiation between concept and consequences while leaning deeper into the embrace? It is a liminal space bounded by opprobrium, disassociation, fragility, and ecstasy; where innocence and evil swirl together in excitement. It’s a split-second dotted with regret. But, we are overcome with yearning, and the fugitive thoughts of recourse only fuel the rationalization of our actions. We assume this negativity is our human consciousness chiming in, yet all we want is to feel animalistic. We want to feel wild and free, sexy and daring. At least, we think we do for that ephemeral moment. It doesn’t matter that it may not be natural or true.

This is where Amanda Wall thrives—she shows us our desires and then forces us to second guess.

Often Amanda Wall’s subjects know exactly what they’re doing. They drag their knees slowly on the ground, crawling towards you with a determined look in their eye. Their childlike knickers juxtapose their primal sexual energy, an intriguing paradox that they know turns you on. They’re aware the hairs on the back of your neck are standing up, that your palms are beginning to sweat, and that you want them. You want to own them. They are the object of your desire. An object to possess. But to Wall, we see the human side of the object. In this case, toes. A piece of flesh so often overlooked, covered in socks, shoes, blankets, or tucked under her thighs. An intimate, real, human thing that breaks the illusion of pure objecthood. Are we evil for wanting to have possessed her? Is she evil for wanting, at least for a second, to be possessed? Dominance is not without nihilistic recourse, which is the snapshot Wall captures. Silvering seizes these moments and makes us squirm. We are forced to live with contrition.

Walking through the exhibition, we start crawling, wanting to be owned, a premonition that may or may not be true. We disassociate into the primality of such desires, before transitioning into hyperreality—her subject is acutely aware of the decisions she’s made. Actions that haunt her bleary-eyed mid-distance stare while her plastic earrings dazzle in the sunlight. Metaphorical punches of still-life give us breathing room, with boldly colorful flowers wilting, while their silken counterparts exist eternally. It is the most natural thing for humans to wither when confronted with the strength of artifice. We never stood a chance. A listlessness that’s undeniably human, even if inspired by the invisible whispers of modernity that are overwhelmingly fake.

Silvering is the maturation of this philosophical deep dive. Her previous work, which featured warmer palettes that melted into her fleshy tones, is now contended by cool greens and blues. The palette evokes an eerie seriousness, which wafts over her subjecthood. It is a powerful color study that reminisces modern-day science fiction and the folklore of yesteryear. Both Matrix and Kundalini’s serpent pop into mind, narratives that focus on the discomfort of waking up and sitting with a gnawing feeling that none of this is real. A point that Wall will, I promise, emphatically speak to.

Courtesy of the Artist and Almine Rech. Photo: Nicolas Brasseur