Saatchi Yates present Allez La France!, a group show featuring works by Jin Angdoo, Mathieu Julien, Hams Klemens, and Kevin Pinsembert. Taking its title from fans’ chants for the French national football team, the exhibition brings together the work of these four painters to consider the legacy of the painting tradition in France. The show presents new large-scale works and marks the first time these artists are shown together in a gallery space. 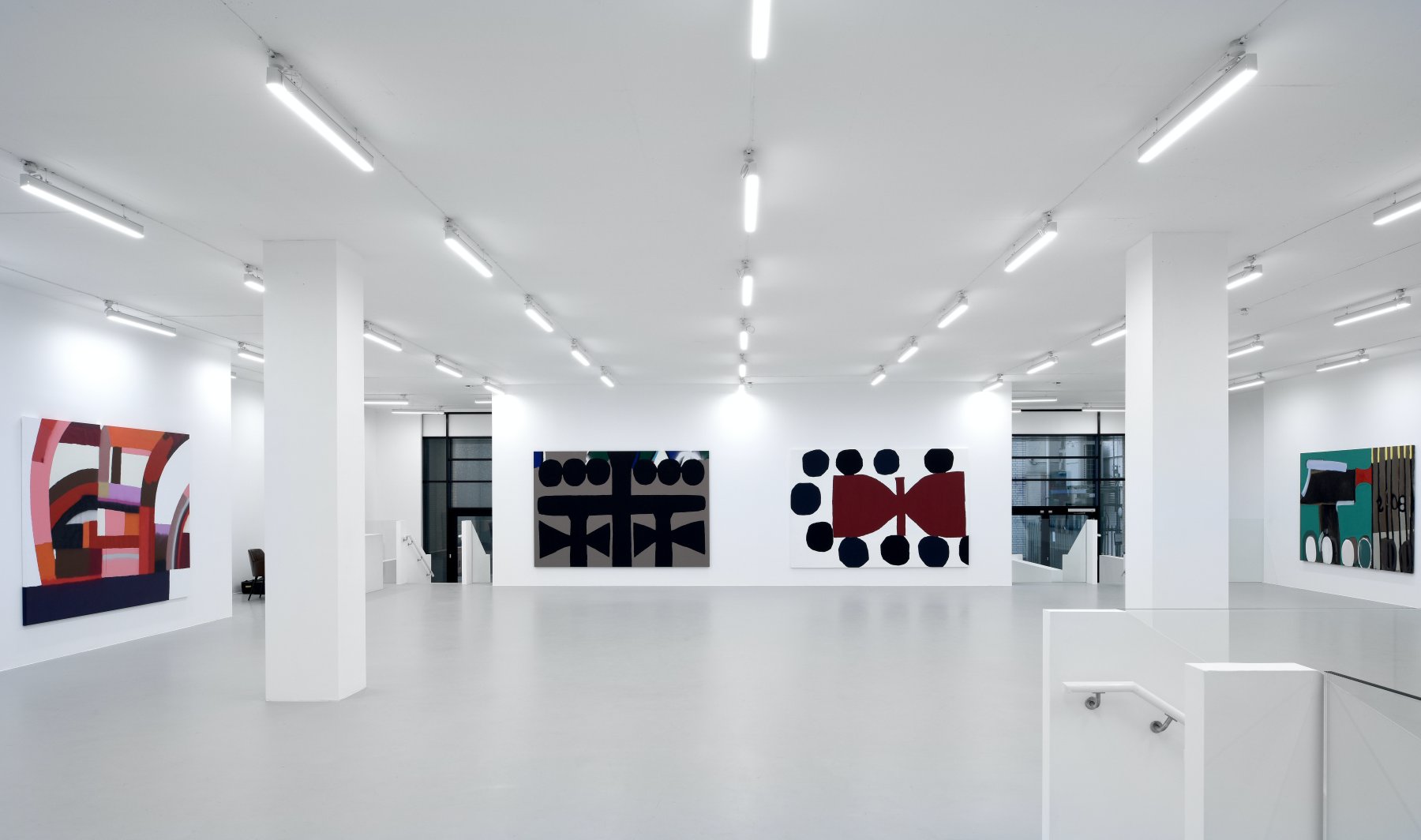 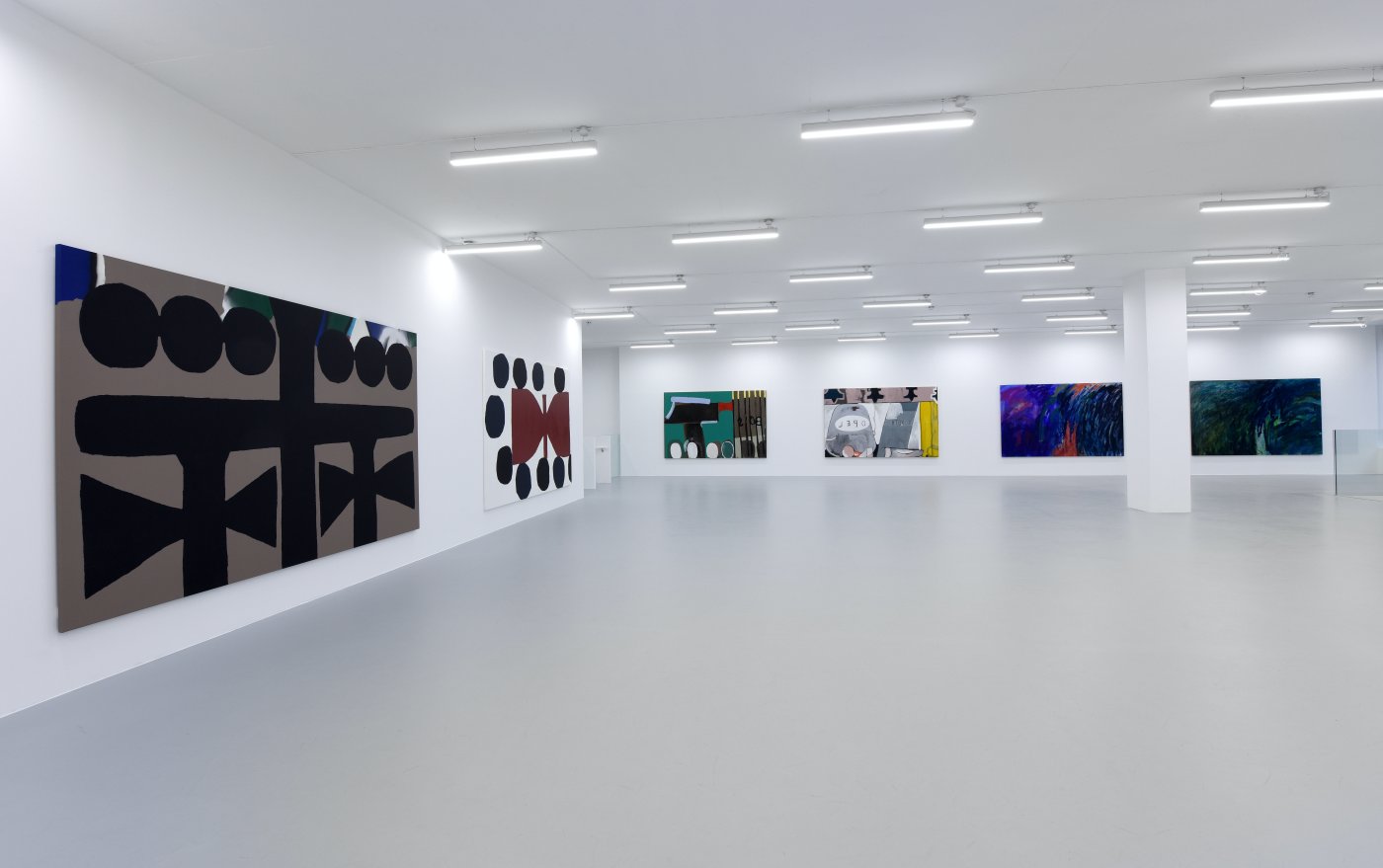 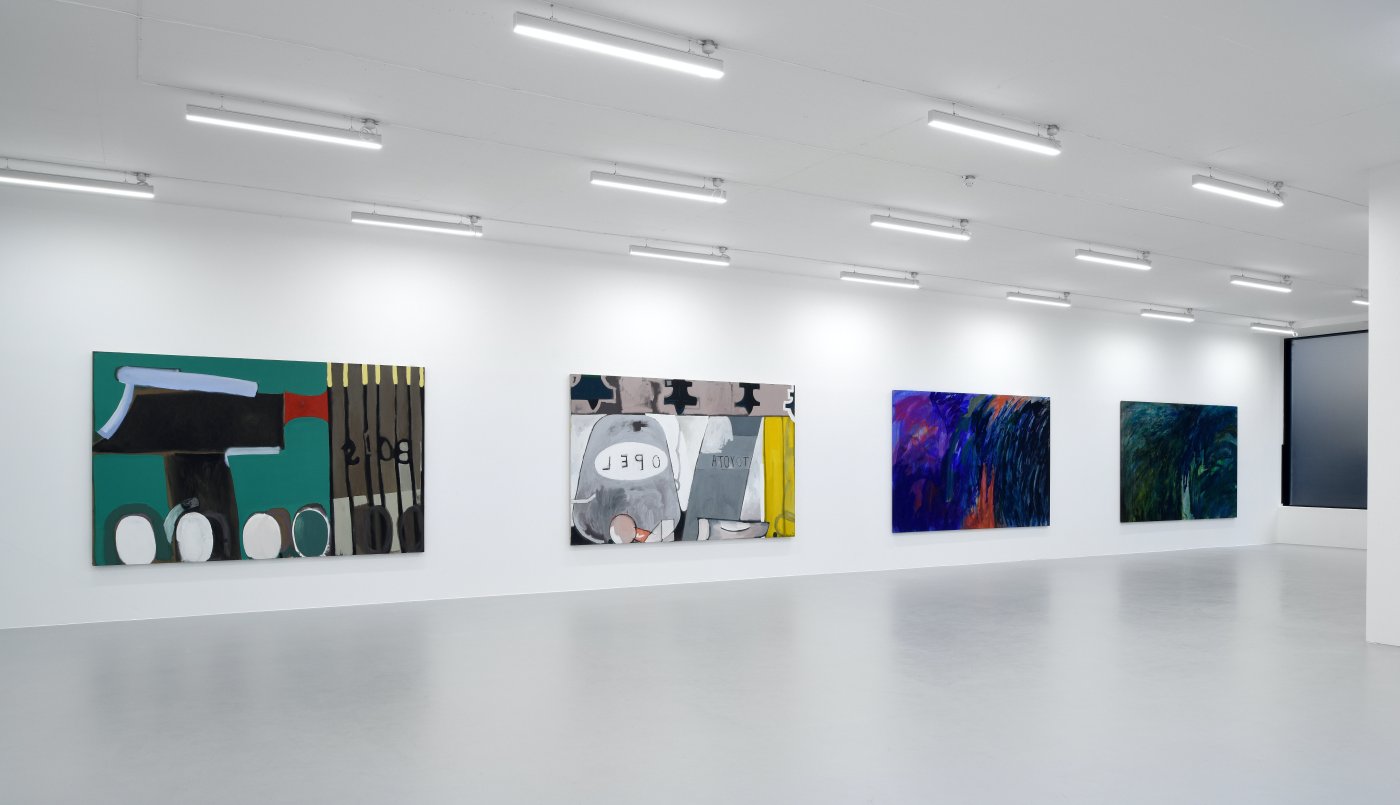 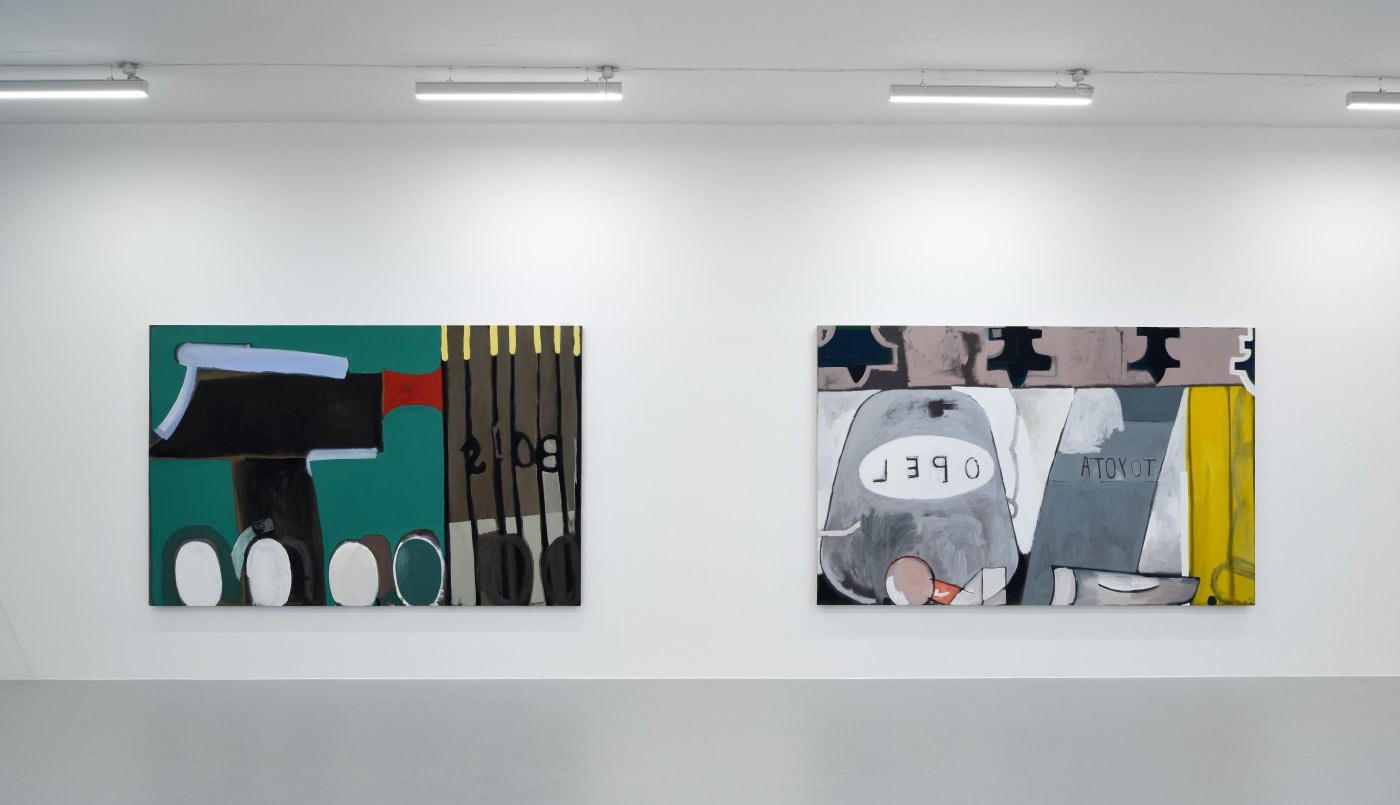 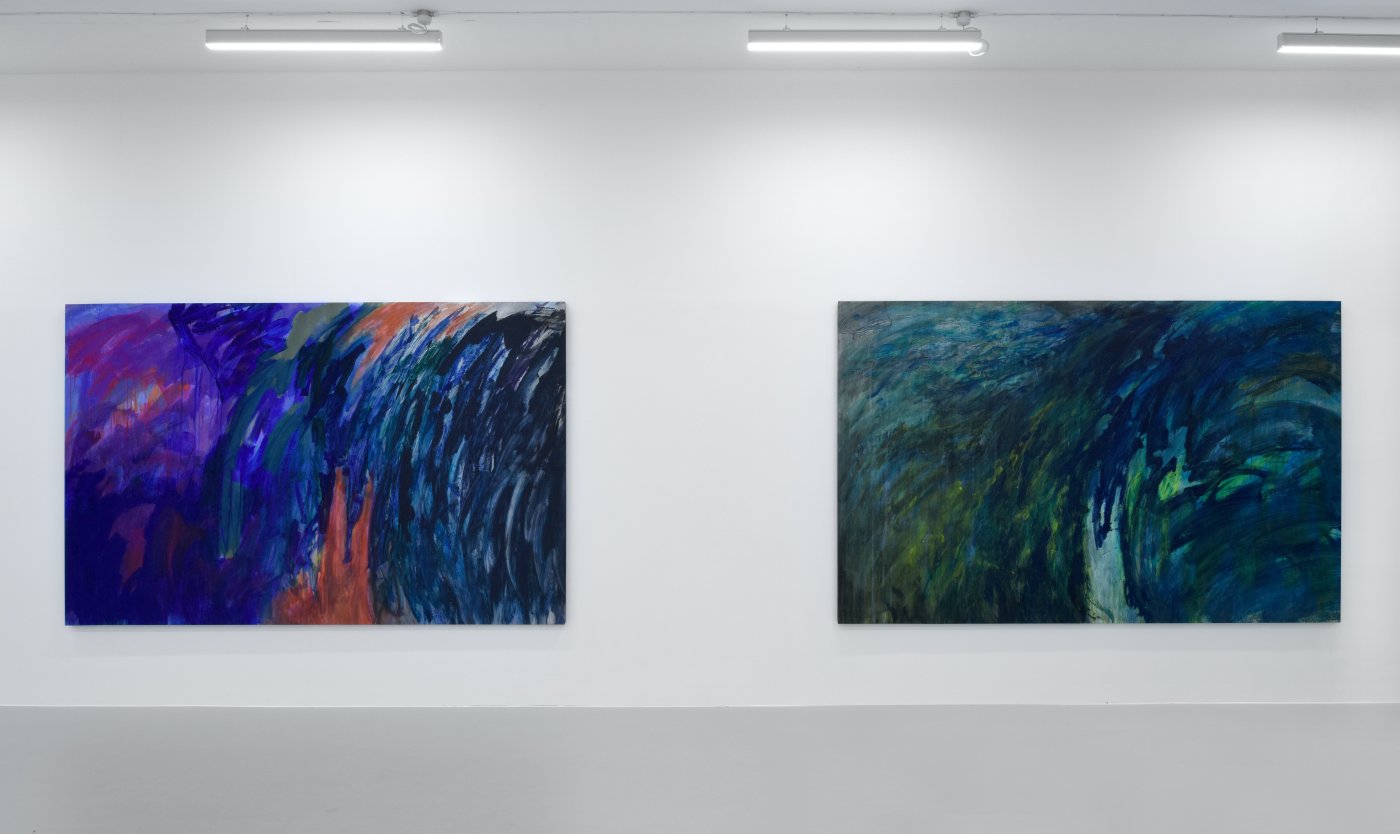 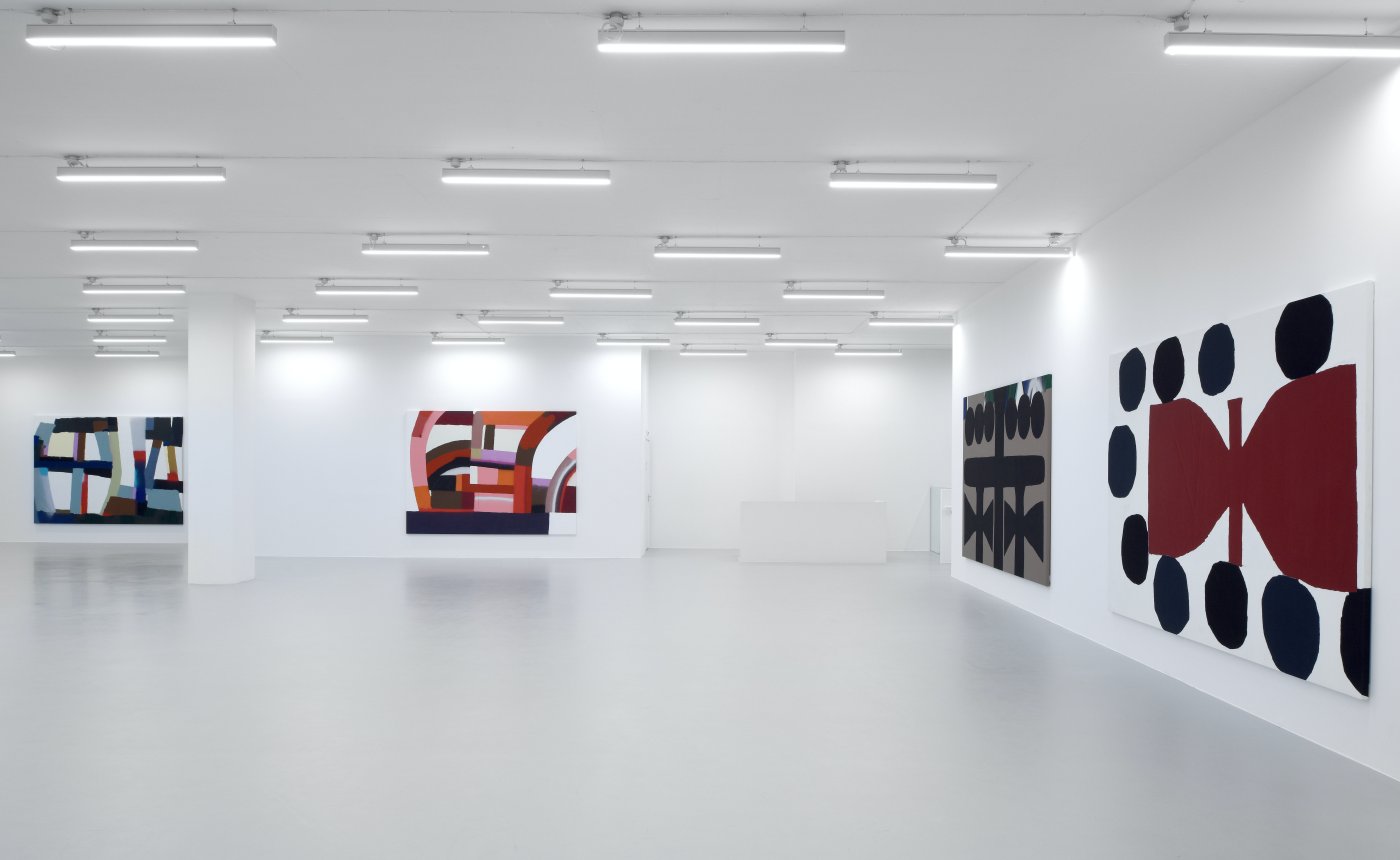 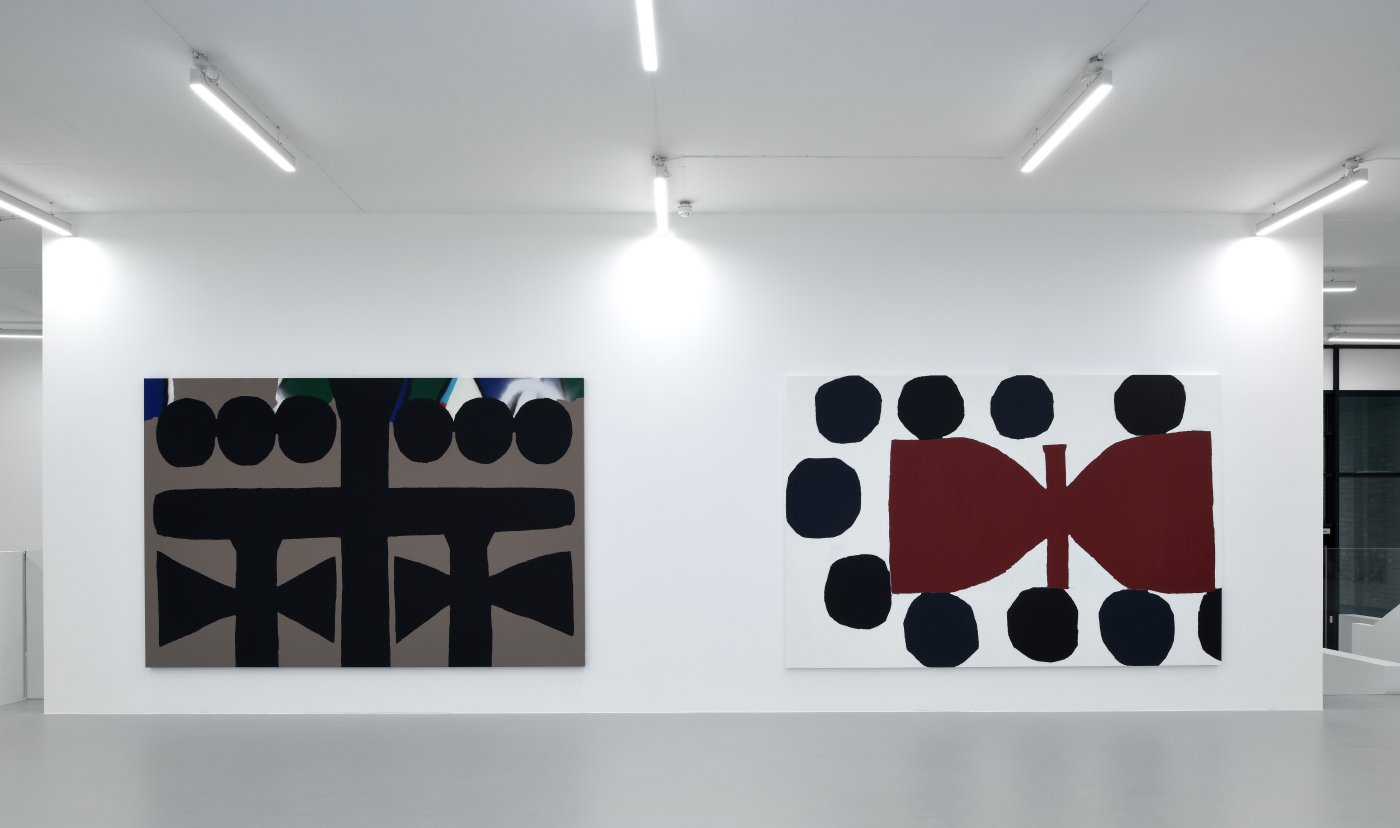 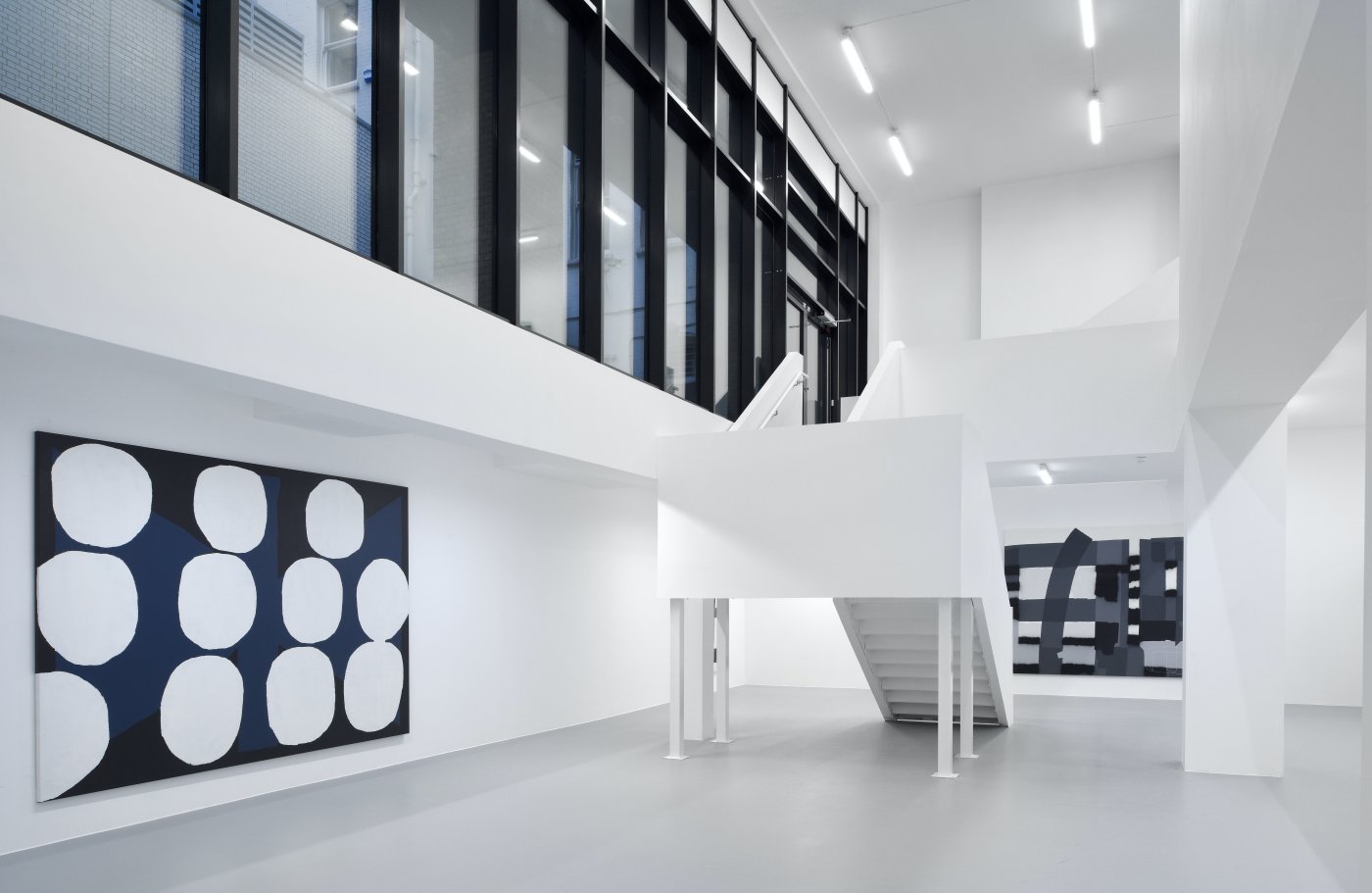 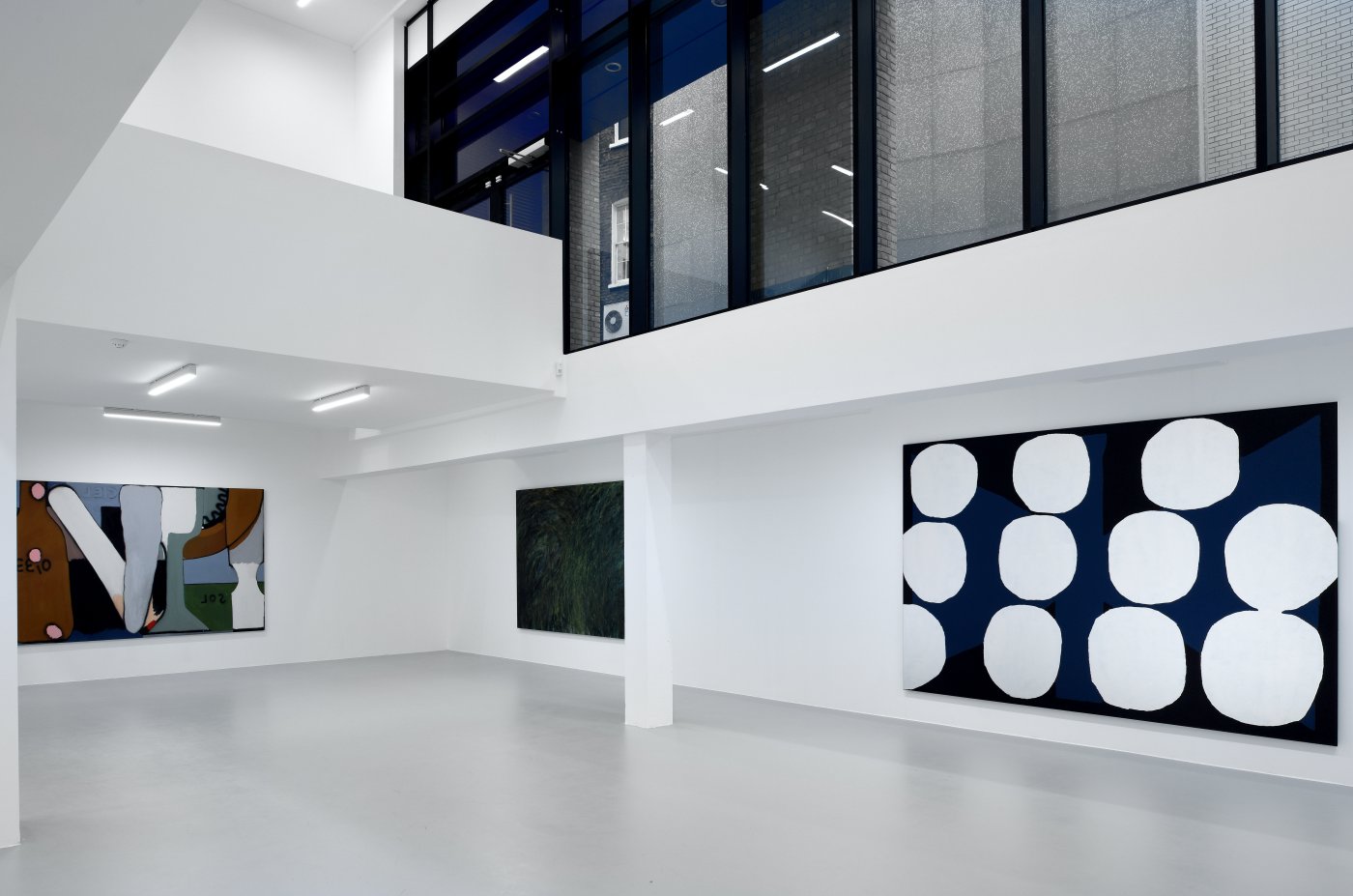 The collective met and began their work between Marseille and Paris where they would paint on shared walls. They made large paintings which resonate more with abstract expressionism than street art. Their interest was in creating work that exists outside of museums, galleries and institutions; on display to the public for hours, days or weeks, depending on how quickly their work was painted over.

“The group harnessed the freedom to paint on the big walls that they like – sometimes above ground and sometimes beneath – and all without having a safety net within theoretical discourse. Using their whole bodies, measured by their arm’s length and their homemade tools, they add their own paintings to the urban stage set. The city is big – painting is big.”

“The current, younger generation no longer carries the burden of inheriting the interpretations of the 20th century and its cultural politics. Thanks to their predecessors, they can engage in a radical exploration of a new lightness, the physical joy of the size of their forms, the enjoyment of colour intensity and the body’s vibrant gestures.”

About Hams Klemens (b. 1984, Marseille, France)
Hams Klemens’ largest body of work to date exists in a tunnel underneath Marseille, where he creates giant abstract paintings using abandoned household paint cans, and handmade brush contraptions which stretch ten-foot-tall. Inspired by the children of the Marseille Projects, who he teaches art, his work is full of childlike marks and gestures.
Klemens’ rough take on abstract expressionism is reminiscent of exuberant landscapes, floral chaos or trembling water. They seem to be hallucinations of flickering landscapes in an otherwise dark, jerking techno club.
Hams Klemens lives and works in Marseille, France.

About Kevin Pinsembert (b. 1989, Paris, France)
Pinsembert’s works start as Morandi-esque crude still lives, or sketches from compositions of Paris street scenes. He pairs unlikely groups; Toyota cars, rocks, roofs and colours and brings them together as abstracted forms on his canvasses. In addition, these lifeless elements have also turned into anonymous and unrecognisable objects. Sometimes they are stacked on top of each other, sometimes they seem to be lying around on tables or shelves, have collapsed or become colourful non-shapes.
These absurd compositions are then given formal labels painted back to front, Kevin Pinsembert takes language and steals it for himself by subverting it for his own use.
Kevin Pinsembert lives and works in Paris.

About Jin Angdoo (b. 1981 in Yeoju, Korea)
Asian-American Angdoo went to Paris with no affinity to wall painting. She came to know the other artists work, and unfretted by their style, created her own signature expression of bold abstract iconography.
Angdoo has created a vocabulary of painting through laying herself bare in her large, minimal compositions. Giant floating forms of polka dots, dragonfly crosses and floral insignia populate her canvasses. In their simplicity they become powerful flags which represent something larger than the sum of their parts.
Jin Angdoo lives and works between Los Angeles and Paris.

About Mathieu Julien (b. 1982, Bordeaux, France)
Freed from the tradition of academic art, Matheiu Julien’s work is optimised by his improvisations on colour theory. His colours disobediently form crooked squares and rectangles, or elongated stalks. Some colour combinations make two areas of the canvas compete with each other, creating areas of both tension and calm.
The works are colourful mosaics built of windows, goal posts, entrances, streets and bars, the colouring-in is like playing with Lego bricks; a celebration of paint.
Mathieu Julien lives and works between Los Angeles and Paris.

Saatchi Yates are working in accordance with all government guidance on COVID-19, please refer to the gallery’s website for the latest updates on opening times and visiting procedures.