Allan McCollum: Traces: Past and Present

Allan McCollum: Traces: Past and Present

Petzel presents Traces: Past and Present, an exhibition of three individual projects by artist Allan McCollum. Featuring The Writer’s Daughter, The Shapes Buttons from Oregon, and A Symphony for the Hearing Impaired, this special multi-layered showing marks McCollum’s eleventh exhibition with the gallery and the first time that these bodies of work will be seen in New York. 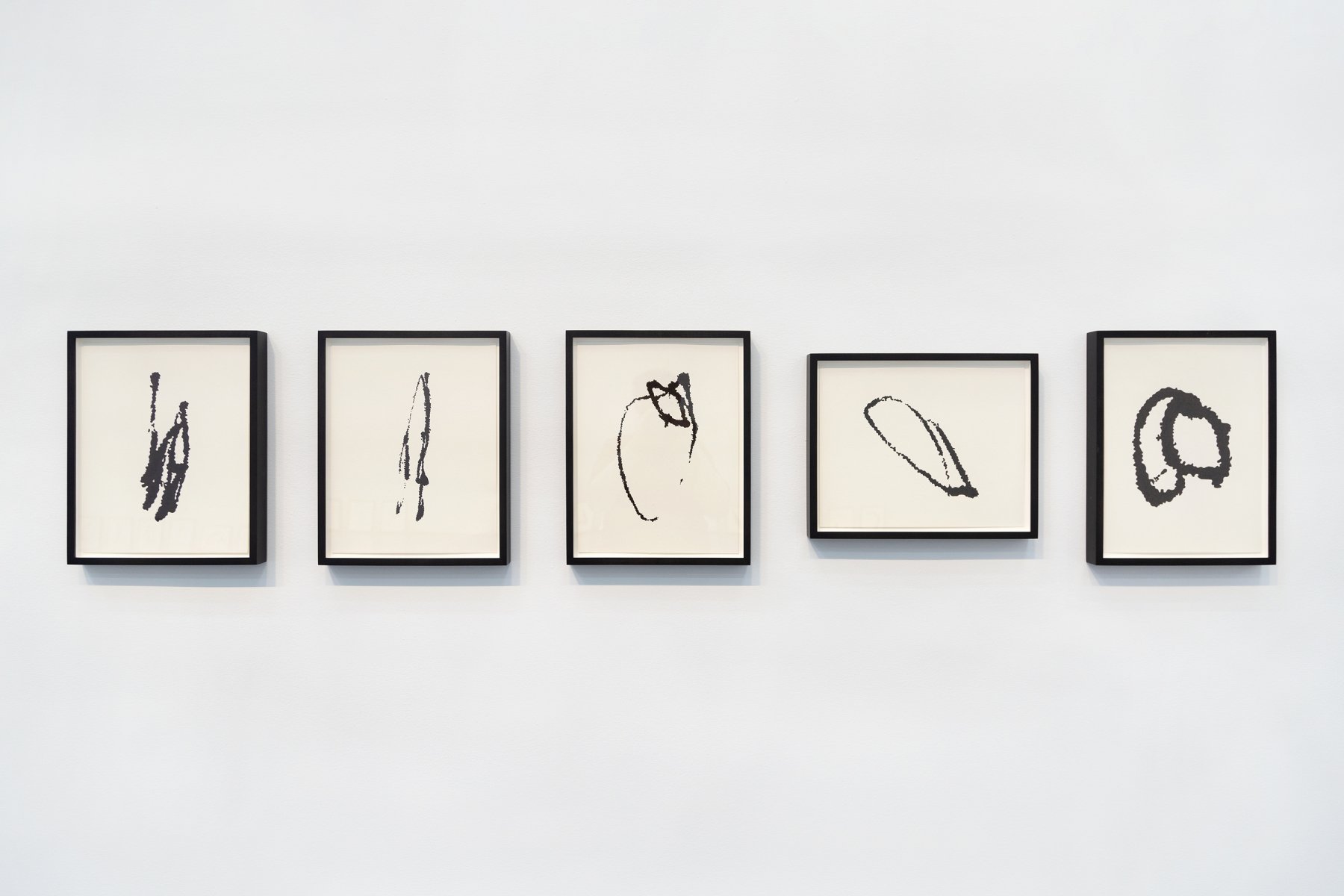 “Many of my projects have involved ‘traces’ of things from the past, reproducing various types of fossils, for instance,” McCollum has said. For Traces: Past and Present, McCollum continues his decades-long investigation into the remembrance and significance of things past. “Attempting to find or construct meaning can involve looking at traces of things that have been lost or only partially remembered and working to integrate them into the way we see the world around us.”

An alternate version of The Writer’s Daughter was originally presented at Marc Selwyn Fine Art in Beverly Hills in 2021. McCollum said of the project at the time: “A few years ago, I became hypnotized looking at a page on which a highly intelligent two-year-old named Minu Mansoor-McKee, the daughter of a writer friend and art historian Jaleh Mansoor, had attempted to write letters and words before she fully understood the concept of language and the way it can be written. As with all of us, Minu’s attempt to record meaning on paper took time and effort.

Jaleh let me have a page of Minu’s attempts at writing. I have spent years looking at it, feeling enchanted by the way the child searched for meaning and how I continue to try to understand my life. Each one of her 108 different attempts to construct little shapes of letters became symbols for me.

Without fully understanding what led me to do it, I started scanning the shapes, enlarging and tracing them onto papers with ink, and framing each one. Framing things invites greater meaning to be discovered in what finds itself inside the frame, and the meaning will evolve more over time.”

McCollum began conceptualizing The Shapes Buttons from Oregon, part of his ongoing Shapes project, in 2015, collaborating and communicating via email with Bend, Oregon-based artist and button maker Delia Paine. Throughout this process, produced in the spirit of the WPA, McCollum would send Paine the templates for the buttons, which she made, using colored backgrounds for each separate button idea, at Via Delia, her local shop, and in her studio. “He would create the shapes and bring them to me, and I would turn them into buttons,” Paine has said. Together McCollum and Paine created over 5,000 buttons. The project was previously installed at the High Desert Museum in Bend, Oregon in 2016 and at the ICA Miami in 2020/21. It was inspired by the “Independence Rock” historical site on the Oregon Trail in Wyoming, where thousands of pioneer travelers to the Western frontier added their signatures to Father De Smet’s register, traces of which can still be seen today.

In a world premiere at Petzel, and to accompany and enhance these bodies of work, McCollum also presents A Symphony for the Hearing Impaired, a video installation composed of a slideshow of over 1,000 screen grabs from movies and television shows, wherein the closed captions describe music, or traces of sounds that may never be heard again. True to McCollum form, every one of these subtitles is unique.

Over the past 50 years, Allan McCollum has explored how objects achieve public and personal meaning in a world caught up in the contradictions we make between unique handmade artworks and objects of mass production, focusing recently on collaborations with regional communities and historical societies in different parts of the world. In 2005, he designed The Shapes Project, a system to produce “a completely unique shape for every person on the planet, without repeating.”

His first solo exhibition was in 1970 in Southern California, where he was represented throughout the early 70s in Los Angeles by the Nicholas Wilder Gallery, until its closing in the late 70s, and subsequently by the Claire S. Copley Gallery, also in Los Angeles. After appearing in group exhibitions at the Pasadena Art Museum and the Los Angeles County Museum of Art, his first New York showing was at the Sidney Janis Gallery in 1972. He was included in the Whitney Museum of American Art Biennial Exhibition in 1975 and moved to New York later that year.

In 1978 He became known for his series Surrogate Paintings, which were shown in solo exhibitions in New York at Julian Pretto & Co., Artists Space, and 112 Workshop (subsequently known as White Columns), in 1979. In 1980, he was given his first solo exhibition in Europe, at the Yvon Lambert Gallery, in Paris, France, and in that same year began exhibiting his work at the Marian Goodman Gallery in New York, where he introduced his series Plaster Surrogates in a large solo exhibition in 1983. McCollum began showing his work with the Lisson Gallery in London, England, in 1985, where he has had several solo exhibitions since. In 1987 he joined the John Weber Gallery in New York, where he continued to show his work until 1996; subsequently, he began working with Petzel Gallery, also in New York.