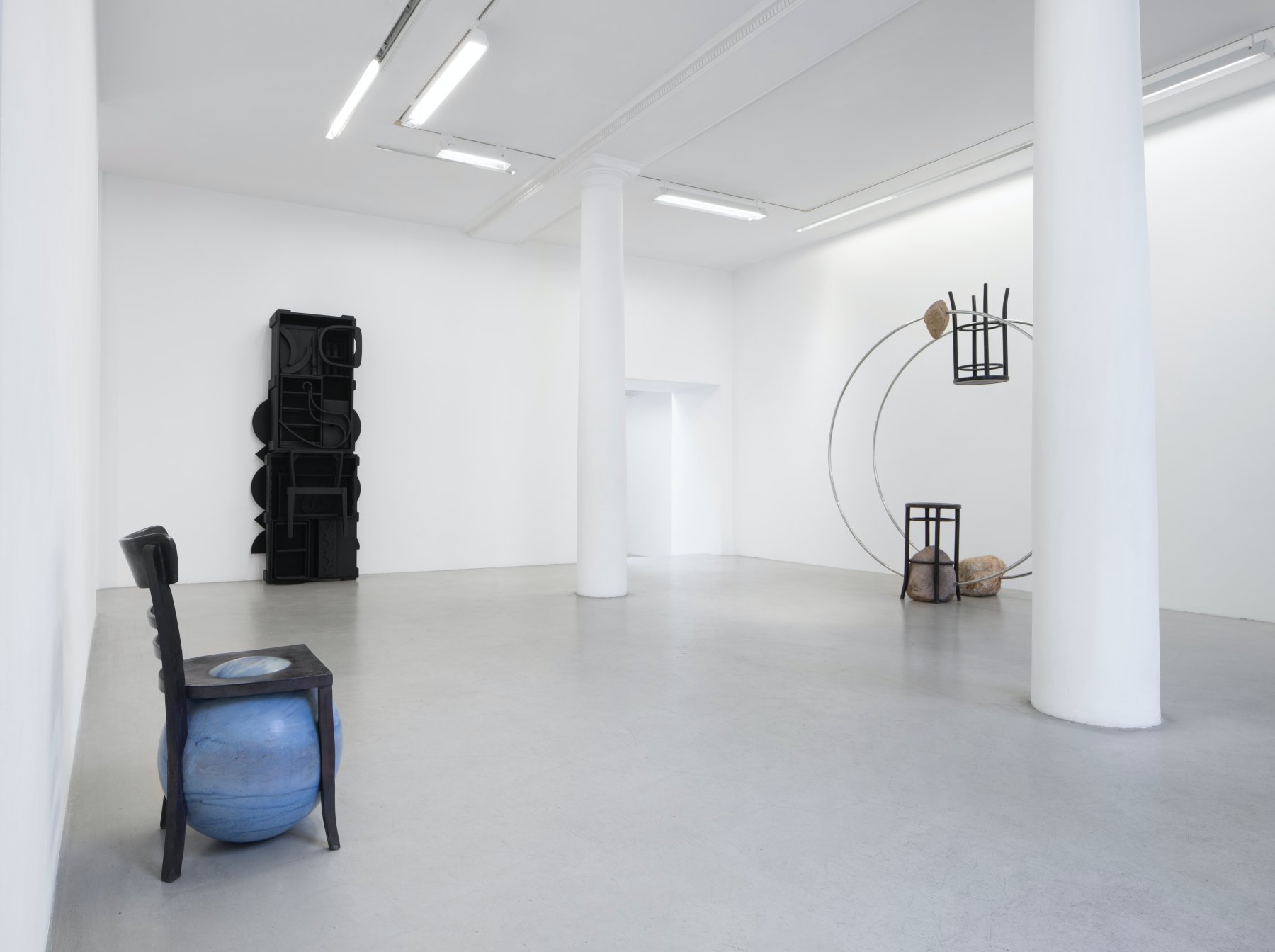 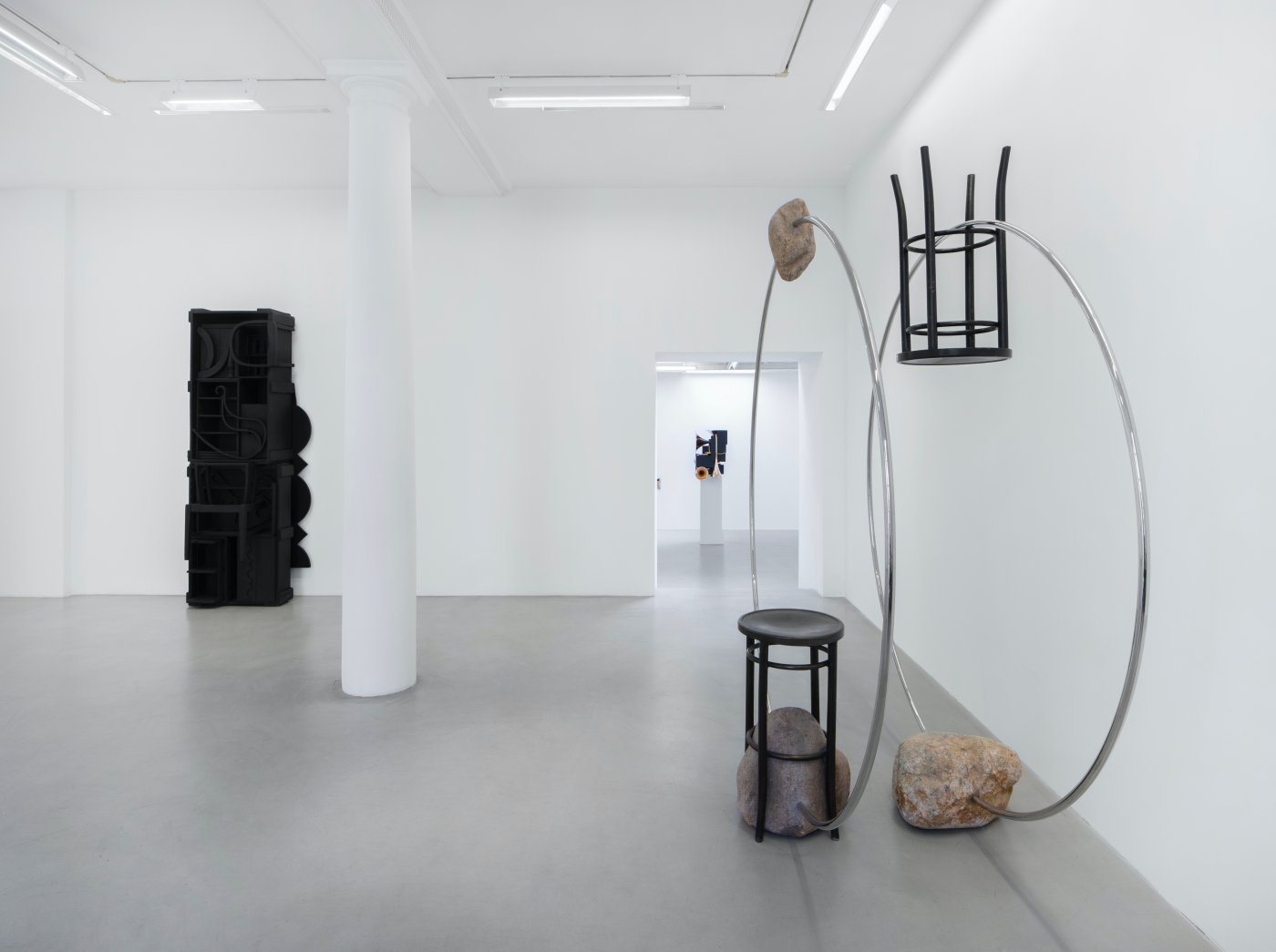 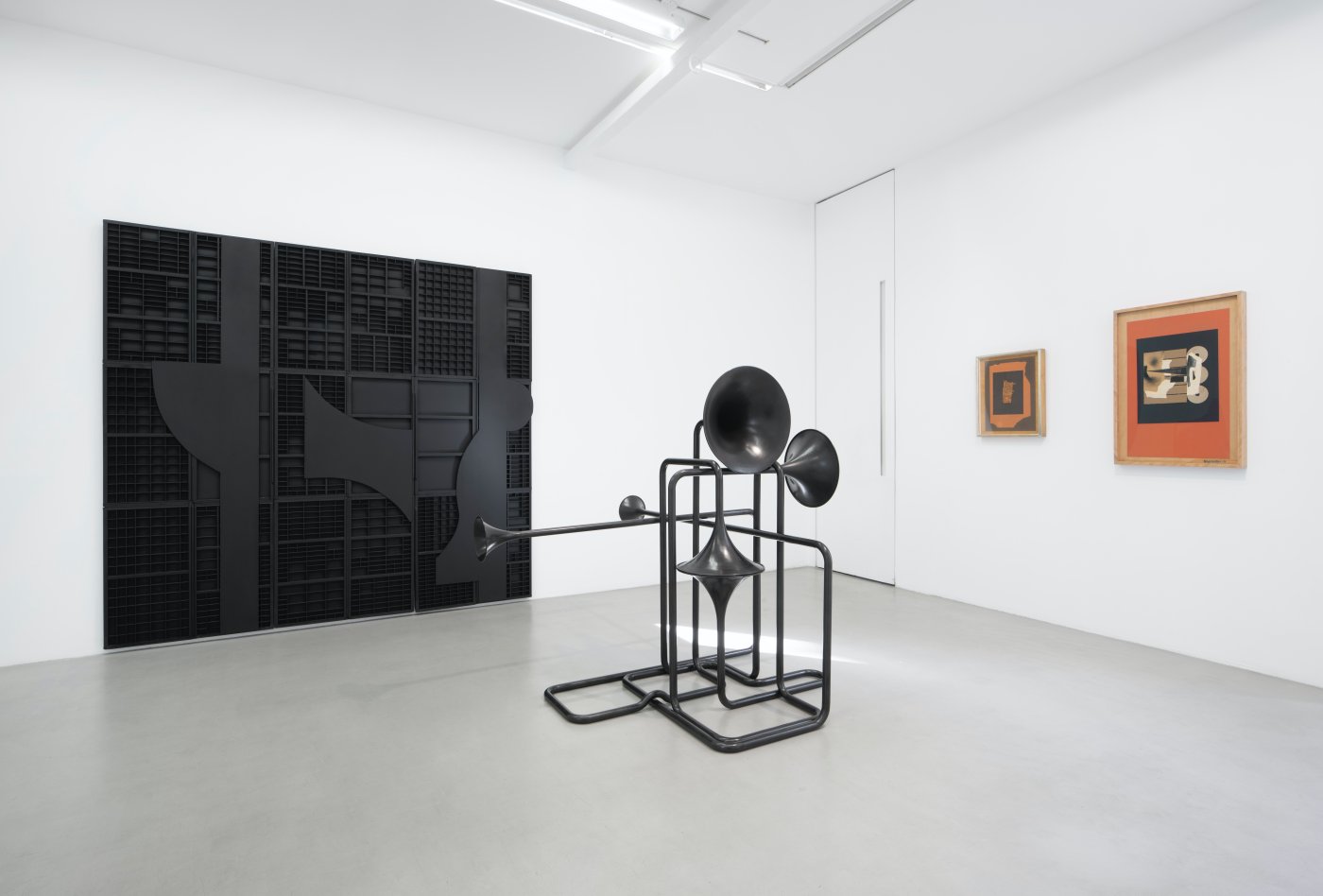 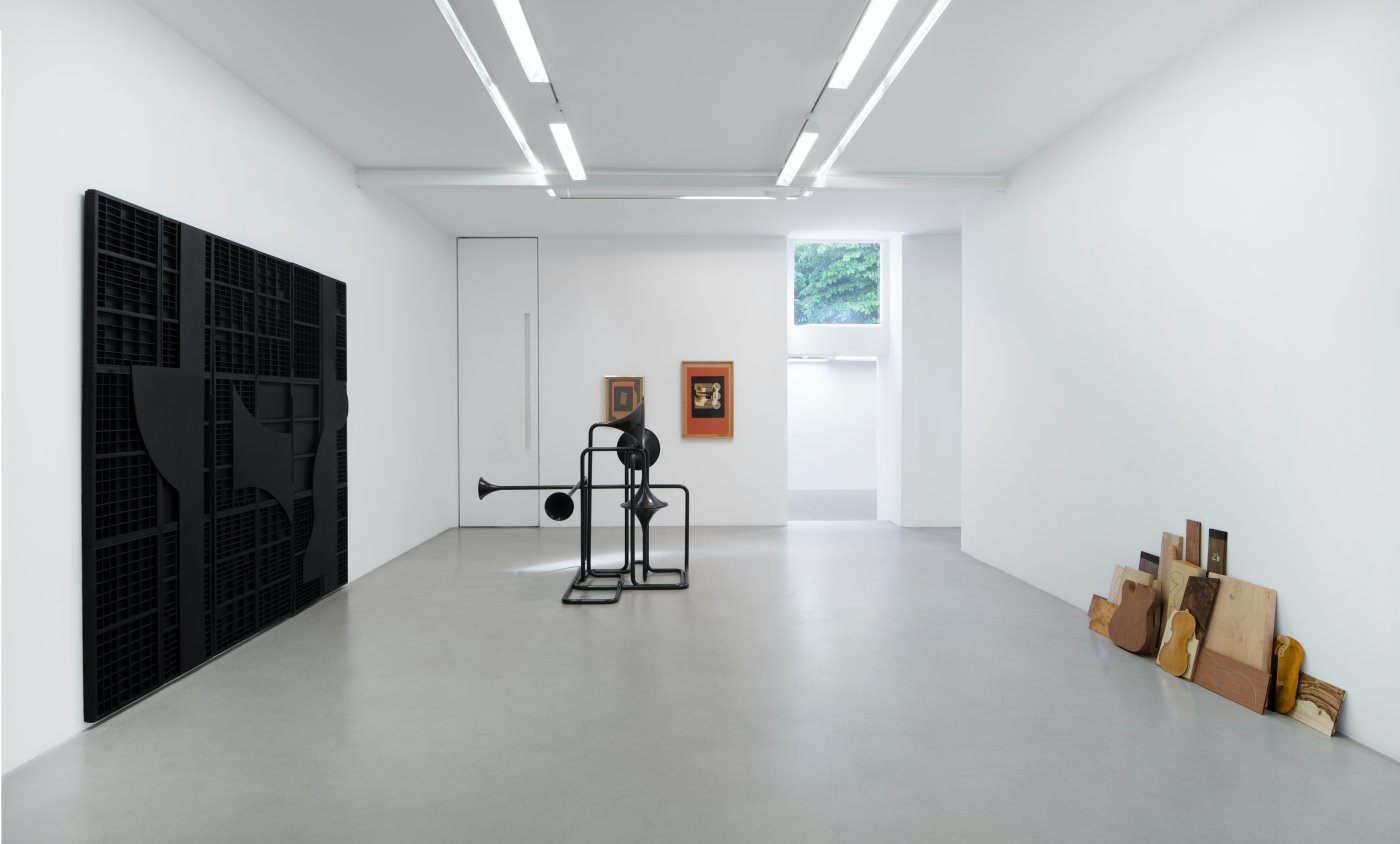 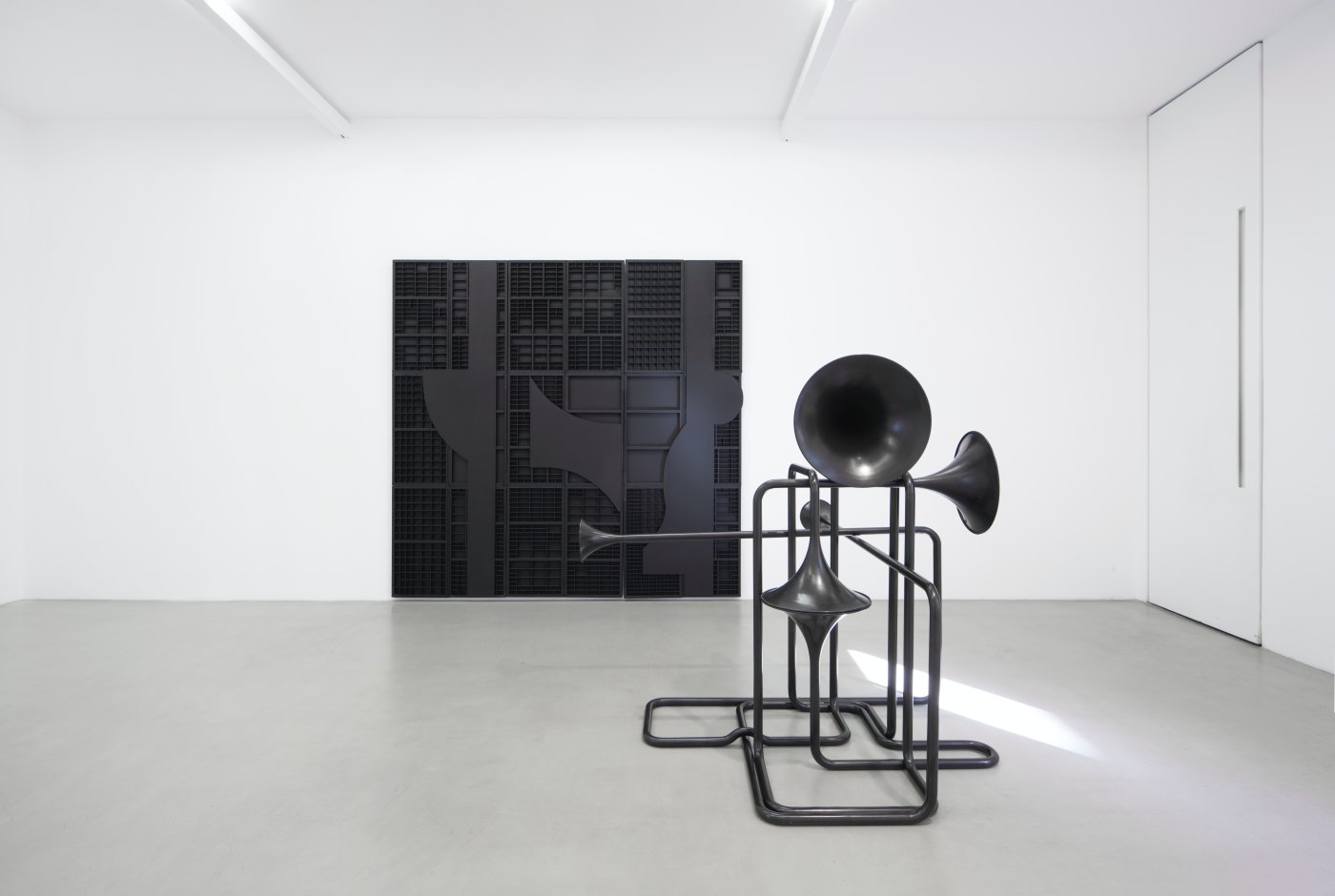 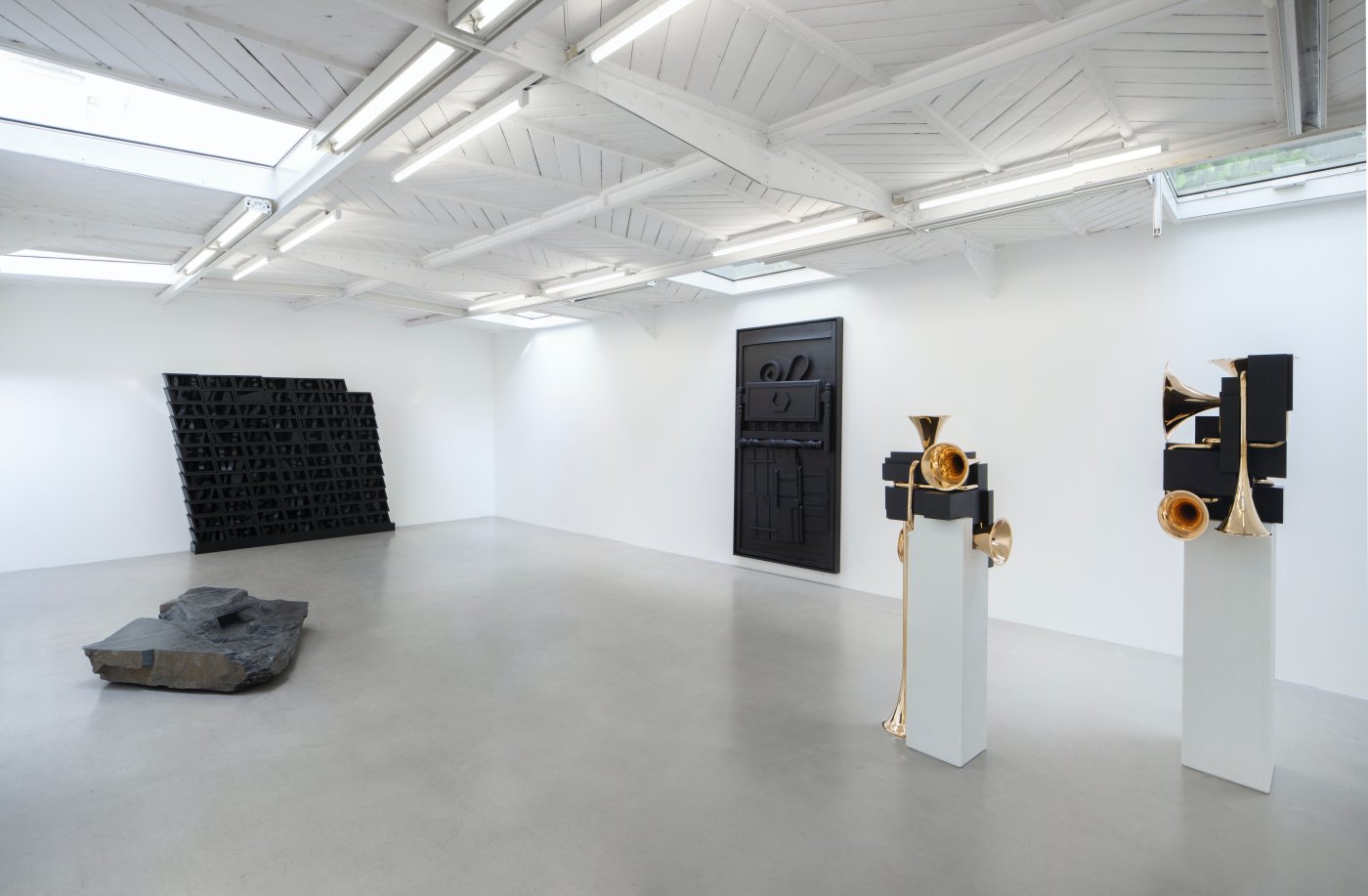 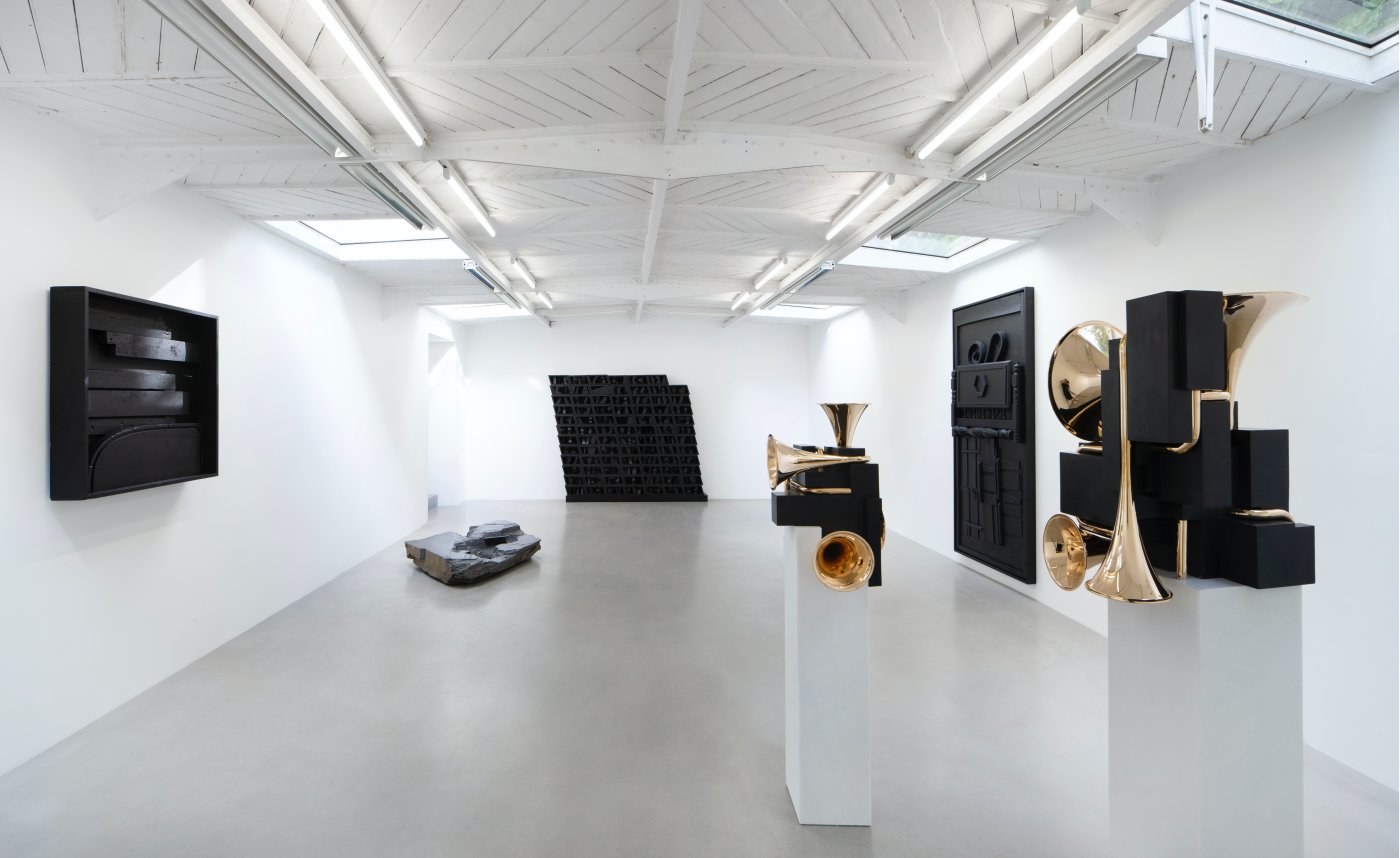 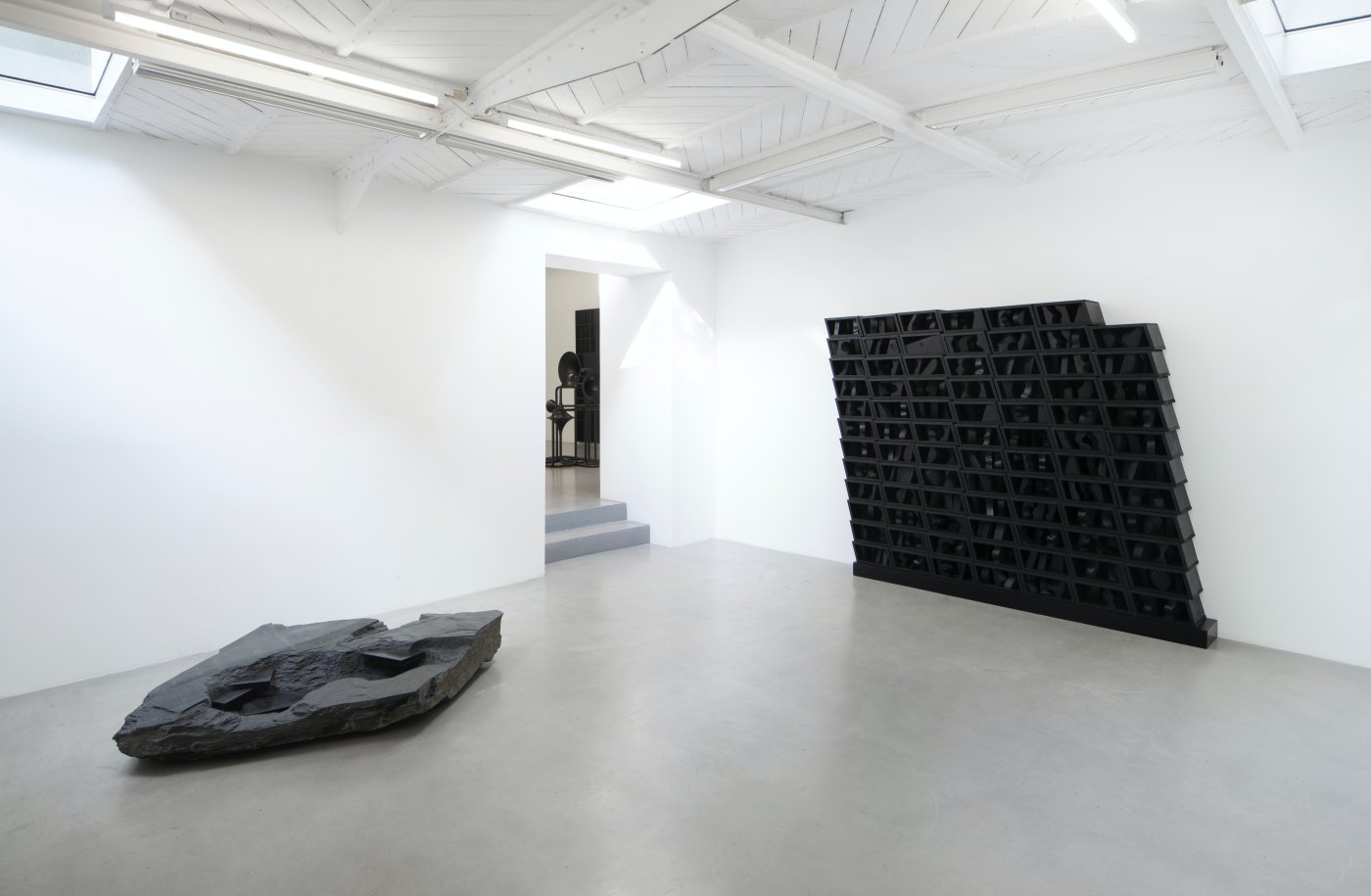 Louise Nevelson and Alicja Kwade were born eighty years apart, Nevelson in Kiev, Ukraine, in 1899 and Kwade in Katowice, Poland, in 1979. Both migrated at an early age to, respectively, the United States and West Germany. The histories and environments that saw the emergence and evolution of their statements are therefore necessarily other, but present no real impediment to the recognition of certain surprising points in common, notably with regard to a way of conceiving a sculptural process squarely marked by the transformation and the re- then the de-contextualisation of material and physical data – in the broadest sense of the term – both recycled and repurposed.

It was not until 1959 that Nevelson’s work found the recognition it deserved. Invited to take part in the Sixteen Americans exhibition at the Museum of Modern Art in New York, she found herself in a decidedly awkward position in that the event marked the triumph of post-Abstract Expressionism movements. Not that Nevelson had any connection with this latter trend, even if she belonged more or less to the same generation as Jackson Pollock and Willem de Kooning; but the 1959 exhibition was above all to serve as a springboard for artists – Jasper Johns, Ellsworth Kelly, Robert Rauschenberg, Frank Stella and Jack Youngerman – who could have been her sons. This is undoubtedly the key to a body of work never able to bend to the mainstream and the dominant aesthetic, while successfully escaping the zeitgeist and categorisation, not to say ghettoisation. And ultimately escaping the expectations of the art world, as shown by her contribution to Sixteen Americans, composed of an immaculate white environment where one could have bet on a dominant black synonymous with her comfort zone.

Alicja Kwade is equally unclassifiable and unpredictable. Like her predecessor, she seems to draw on a “personal” realm; not necessarily in the intimate sense of the term – although Nevelson’s work is shot through with considerations relating either to her autobiography or her “inner life” – but in the sense of understanding it as a relationship to the world indebted to materials that are either close to home or that testify to interests in transversal themes and subjects. Marie Nipper says of Kwade’s work that it takes “everyday objects out of their usual context with the intention of destabilising and reconfiguring the physical world.”(1) Words that resonate with those of Frances Beatty and Gilbert Brownstone when they say of Nevelson that “she transforms primitive materials, found objects or junk into new, suggestive entities, whose mysterious and magical atmosphere creeps around us.”(2)

This exhibition sets out to trigger an unexpected dialogue between the two artists by focusing on a selection of Nevelson’s wall pieces from the 1970s, Kwade has reacted with works of her own, either earlier or produced for the occasion, which take over the space, resting on the floor or, more rarely, on the walls, in order to generate counterpoints that at times reflect discreet nods to the artist who was once described as the “grande dame of contemporary sculpture”.(3) And if, once again, they do not belong to the same history, if the world that surrounds them is not comparable, especially since Kwade’s universe shows itself permeable to the most current issues of Silicon Valley science and technology, whereas Nevelson’s assemblages have remained faithful, with a few exceptions, to a material that refers to the forests that cradled her Ukrainian and then Maine childhood – even so, both are representative of a certain sculptural conception and exigency.
— Erik Verhagen

Born in 1979 in Katowice, Poland, ALICJA KWADE lives and works in Berlin.
Her work was exhibited in multiple solo shows in museums and institutions such as the Langen Foundation, Neuss; the MIT List Visual Arts Center, Cambridge, Massachusetts; the Centre de Création Contemporaine Olivier Debré – CCCOD, Tours; the Kunsthal Charlottenborg, Copenhagen; the Haus Konstruktiv, Zurich; the YUZ Museum, Shanghai; the Eli and Edythe Broad Art Museum, Michigan; the Museum Frieder Burda in Baden-Baden; the Whitechapel Gallery in London; the Public Art Fund in New York.
In 2019, she was commissioned to create a site-specific monumental installation for The Met’s Roof Garden in New York.
Alicja Kwade also took part of international events all around the world: Desert X, Coachella in 2021; NGV Triennial 2020; Setouchi Triennale 2019; the 57th Venice Biennale in 2017 and the Kochi-Muziris Biennale 2016. And also numerous group exhibitions in major institutions such as the Hayward Gallery, London; the Musée d’Art Moderne et d’Art Contemporain (MAMAC) in Nice; the Palais de Tokyo in Paris; the Museum of Contemporary Art Tokyo (MOT) and the museum moderner kunst stiftung ludwig wien (mumok) in Vienna among others.
Alicja Kwade is among the artists featured at the Helsinki Biennial, which will take place from June 12 to September 26, 2021.

Born in 1899 in Kiev, LOUISE NEVELSON died in 1988 in New York. A leading sculptor of the twentieth century, she pioneered site-specific and installation art with her monochromatic wood sculptures made of box-like structures and nested objects.
Nevelson emigrated with her family from czarist Russia to the United States in 1905, settling in Rockland, Maine. By 1920, she had moved to New York City, where she studied drama and later enrolled at the Art Students League. Throughout the early 1930s, Nevelson traveled across Europe and briefly attended Hans Hofmann’s school in Munich, returning to New York in 1932 where she studied once again with Hofmann.
Nevelson participated in several group shows throughout the 1930s, the first of which was organized by the Secession Gallery and held at the Brooklyn Museum in 1935. She received her first one-person exhibition at the Nierendorf Gallery, New York, in 1941—the first of several with the gallery throughout a decade punctuated by travels to Europe, explorations in printmaking, and work at the Sculpture Center in New York. By the late 1940s and early 1950s, Nevelson had traveled to Guatemala and Mexico to view Pre-Colombian art and began to produce a series of wood landscape sculptures.
An interest in shadow and space materialized in her first all-black sculptures, introducing a visual language that came to characterize much of her work from the mid-1950s onward. This development was encouraged in the form of acquisitions from three New York museums. In 1956, the Whitney Museum of American Art acquired Black Majesty (1955) and the following year the Brooklyn Museum acquired First Personage (1956). Soon thereafter, the Museum of Modern Art acquired Sky Cathedral (1958), further championing her work with the inclusion of Dawn’s Wedding Feast (1959) in the seminal group exhibition Sixteen Americans (1959–60). Nevelson had her first exhibition with The Pace Gallery, Boston, in 1961. Her representation was underscored by a brief affiliation Sidney Janis Gallery, New York, in 1962, which positioned her as the first sculptor and first female Abstract Expressionist within Janis’s roster and was followed representation by Pace in 1963 to the present. In 2018, the exhibition The Face in the Moon, was mounted at the Whitney Museum of American Art, New York, focusing on her work in drawing, printing, and collage, and spanning her progression from the human body into abstraction.
Nevelson’s compositions explore the relational possibilities of sculpture and space, summing up the objectification of the external world into a personal landscape. Although her practice is situated in lineage with Picasso’s Cubism and Vladimir Tatlin’s Constructivism, the pictorial attitude of her work and her interest in the transcendence of object and space reveal an affinity with Abstract Expressionism.