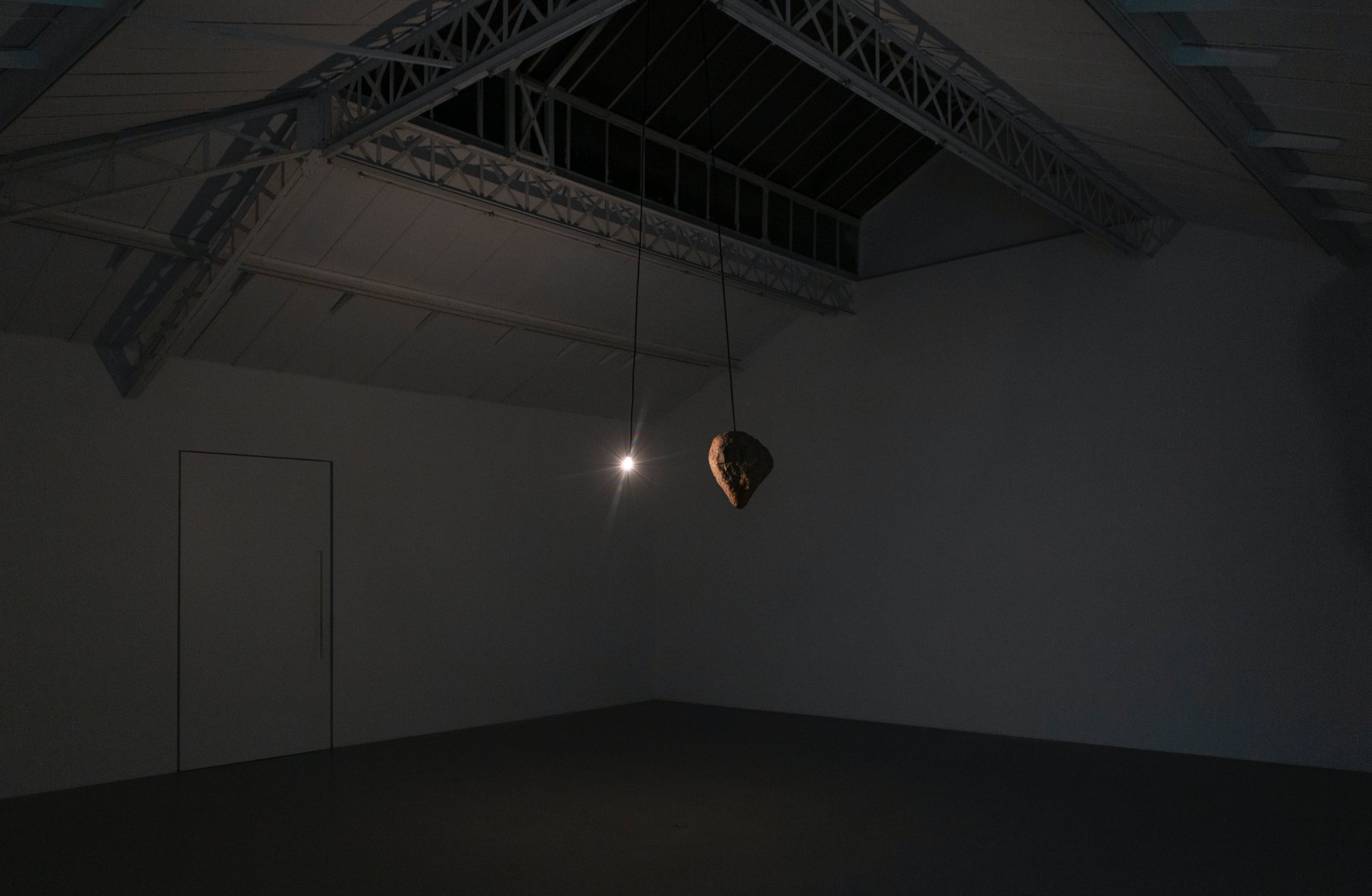 Time, space and the concept of reality are notions inseparably linked to Alicja Kwade’s universe, and this since she began a career characterised by the disposition of elements either simple or lending themselves to greater complexities: laid out on the floor, suspended from the ceiling, embracing a third dimension or starkly on show, hanging on the wall. What these components offer the eye is a physical reality generated by a process of transmutation. A sort of alchemy nonetheless free of any mystical ambitions. Anxious to maintain a link with prosaic things, Kwade strives for a visible traceability with the objects or motifs, often close to hand, as well as with the materials (like gold, lead, copper) on which she has set her sights.

Time and space are likewise summoned up in Kwade’s sculptures, which combine improbable funnels with interlocking geometrical modules. One might be tempted to establish a shared genealogy for the two, except that their interlocking reveals no prior history and it is highly probable that, as in a symbiotic entity, a common growth has sealed their evolution. In any case, the copper funnels trace vectors defining a three-dimensional reality and, of course, evoke instruments which are creating music through the vibration of their resonant bodies.

Some of the variables in her approach refer to abstract concepts, starting with string theory, which she cites as one of the references for her tubular sculptures. Others are “ordinary”. But they systematically reflect a poetic quality, like a lamp covered with fabric and set in bronze, concealing its morphology. An enigmatic “world base”. A pair of balancing acts formed by a light bulb and a stone driven by a gravitational and centrifugal force. Not to mention a simple clock with an out-of-sync second hand, as if in the grip of a strange natural force. This quality becomes meaningful if we remember that the word poem in its German translation, Gedicht, refers to density (Dichte). Like day density.

Born in 1979 in Katowice, Poland, ALICJA KWADE lives and works in Berlin.

In 2019, she was commissioned to create a site-specific monumental installation for The Met’s Roof Garden in New York.

Alicja Kwade also took part of international events all around the world: Helsinki Biennial, Desert X, Coachella in 2021; NGV Triennial 2020; Setouchi Triennale 2019; the 57th Venice Biennale in 2017 and the Kochi-Muziris Biennale 2016. And also numerous group exhibitions in major institutions such as the Hayward Gallery, London; the Musée d’Art Moderne et d’Art Contemporain (MAMAC) in Nice; the Palais de Tokyo in Paris; the Museum of Contemporary Art Tokyo (MOT) and the museum moderner kunst stiftung ludwig wien (mumok) in Vienna among others.

The Berlinische Galerie currently devotes a solo exhibition to her, “In Abwesenheit (In Absence)”.