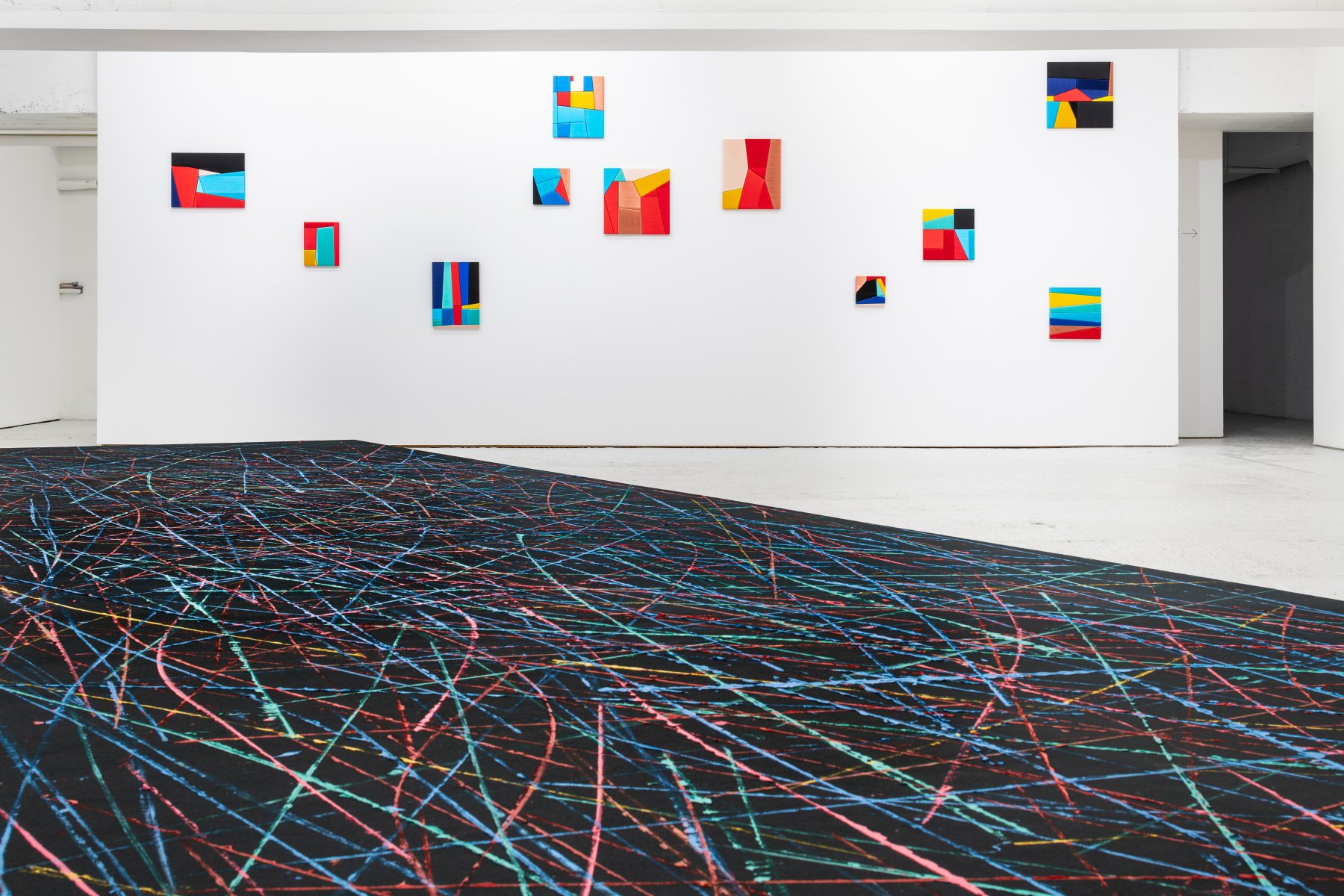 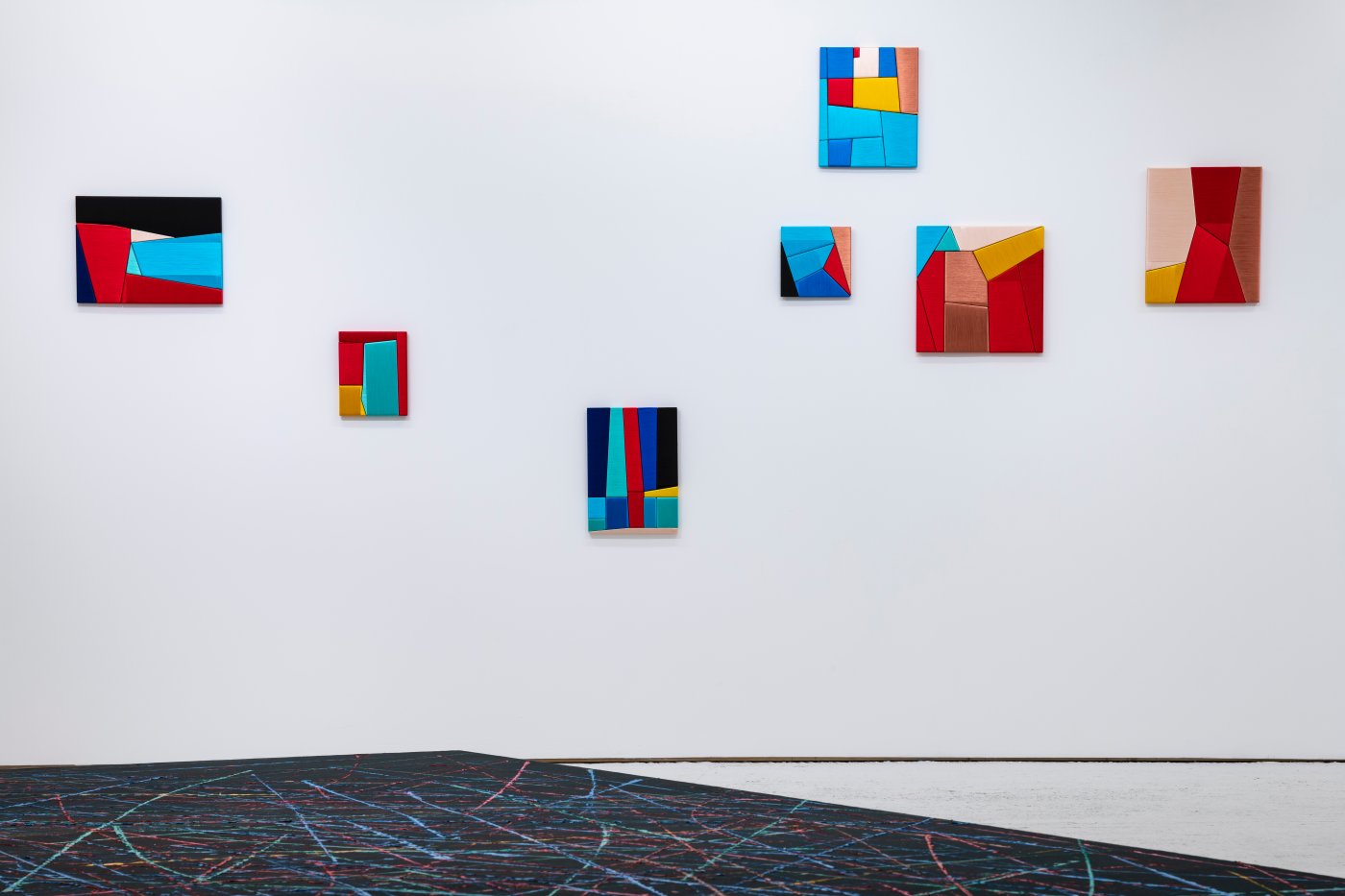 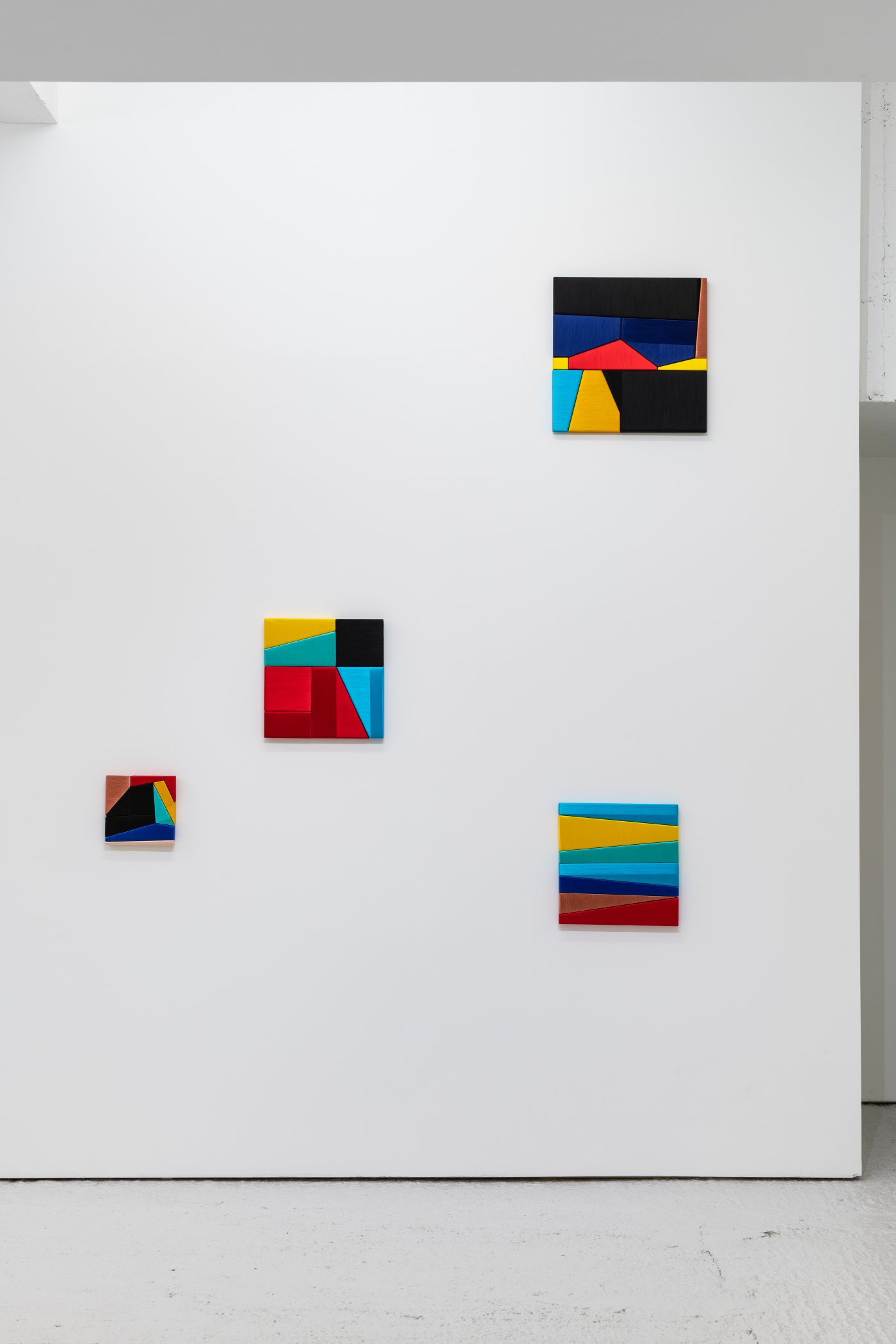 Alice Anderson’s oeuvre hybridises the worlds of technology and ancestral cultures. Her works include sculptures, paintings and drawings generated through dance-performances, each with ritual at their essence.

For this exhibition, Alice Anderson presents performative works created through repetitive gestures, some coupled with rapid breathing (the technique of hyperventilation), which gives her access to a state of modified consciousness.

This pairing puts forward the body as a vehicle of humanity within the contemporary world propelling towards a technological-wholeness; and the ancestral culture of the Kogi people from Sierra Nevada in Colombia, who exist in cosmic harmony with their environment. Kogi concepts, rituals and ecological combats have framed Alice Anderson’s reflections upon this change in civilization.

James Bridle, in his book “New Dark Age: Technology and the end of the future”, speaks of the changes in civilisation that have been instigated by developments in artificial intelligence. He describes a world with increasing technological complexity which diminishes human comprehension, where we, in turn, become lost in an ocean of information. He asks the following questions: What does technology teach us? Is more data sufficient to build a better world? How far will control and progress go within our so-called “civilised” societies? Is our existence, nowadays only comprehensible via computers? What makes us human?

Such certainties regarding the uncertain-world-ahead has led Anderson to explore memory, seeking to memorise a material world that is dissolving before us, as though the material world might contain a form of connection with our physical existences.

“The challenge is not to decry these complex technologies but to continue to question the relationships between humans, the environment and the machine. One of my answers ‘goes’ through spirituality that expresses another definition of things and redefines a certain balance of what escapes us. In this sense, my performed rituals take on all their importance because they are a physical re-appropriation of what has been dematerialized” says Anderson.

LA PUERTA AL CIELO Nabusimake, Colombia / Series of performances GEOMETRIC DANCES (2020)
Alice Anderson does not paint with a brush, but rather with shapes that she replicates. These shapes are reproductions of elements from a sacred architecture in Colombia, which she measures and recreates to scale with wood. Then Anderson coats these elongated elements with paint and dances with them to a rapid rhythm. LA PUERTA AL CIELO is one of the entrances to the sacred site of Nabusimake and symbolises the passage between the terrestrial and spiritual worlds. Anderson’s dance-performance ritual with the replicated elements of architecture produces a constellation of lines which the artist invites viewers to meditate upon.

SPIRITUAL MACHINES / Series of performances MEMORISATION (2021)
‘Memorisation’ consists of ‘weaving’ an object with a metallic thread, which symbolises cerebral and technological connection. These ‘connected’ objects then become ritualised anthropomorphic sculptures.

PIXELS / Series of performances RANDOM CHROMATICS (2021)
RANDOM CHROMATICS are collective performances of ‘memorisation’ that arise from the recycling of wooden shapes from the series ARCHITECTURE DATA (Some of them are cuts from the reproduction of LA PUERTA AL CIELO Nabusimake, Colombia). The process begins with the random distribution of the wooden shapes to colour through dance. Subsequently, shapes will be collectively woven in slow, meditative gestures. The final phase is the assembly of elements. In the ritual of RANDOM CHROMATICS, shapes and colours meet randomly.

2020 nominated for the prestigious Prix Marcel Duchamp at the Pompidou Centre. 2019 Atelier Calder in Saché, France opening new artistic perspectives through the creation of large-scale sculptures and paintings. 2018 solo exhibition at La Patinoire Royale in Brussels her “Body Itineraries”, a fifty metre sculptural installation. 2016 circular walk of 181 kilometres, using metallic thread to “memorise” a large sphere at the Saatchi Gallery in London. 2015 solo exhibition at Espace Culturel Louis Vuitton in Paris where she “memorises” the building’s architecture to create the first in her “Architecture Data” series that has since been acquired by Centre Pompidou. 2014 open to public – daily performances at the Wellcome Collection in London over 4 months. 2012 twenty five performers ‘memorising’ photo albums brought by the public to the Whitechapel Gallery, London. 2011 first solo exhibition at the Freud Museum in London after developing her distinct weaving technique based on repetitive dance movements. 2005 graduates from Goldsmiths College, London (objects studies). 2001 graduates from the Ecole Supérieure des Beaux-Arts de Paris (paintings studies).