Ali Banisadr: The World Upside Down

Ali Banisadr: The World Upside Down


For his first solo exhibition in Germany, The World Upside Down, Ali Banisadr presents twelve paintings on canvas and twelve works on paper. Banisadr’s new body of work demonstrates a change of direction for the artist, showing a looser, freer depiction of space in the paintings, as well as a shift in palette and tone. 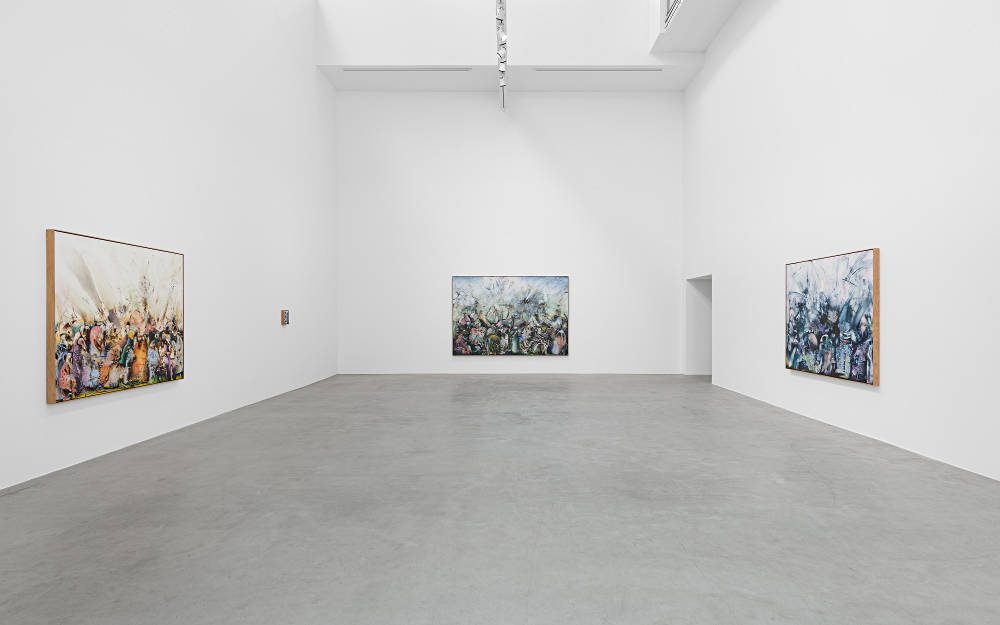 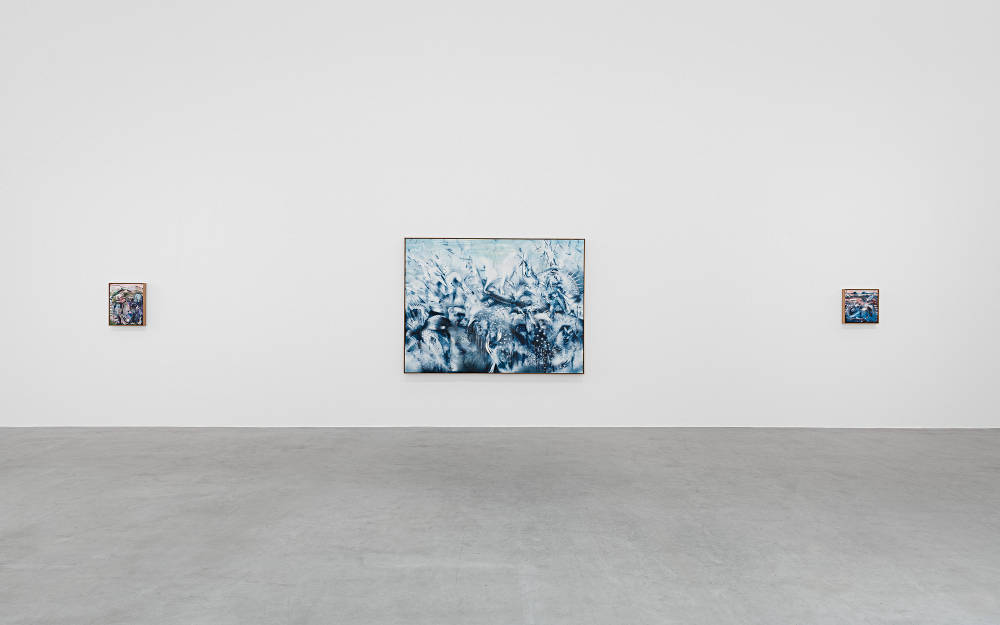 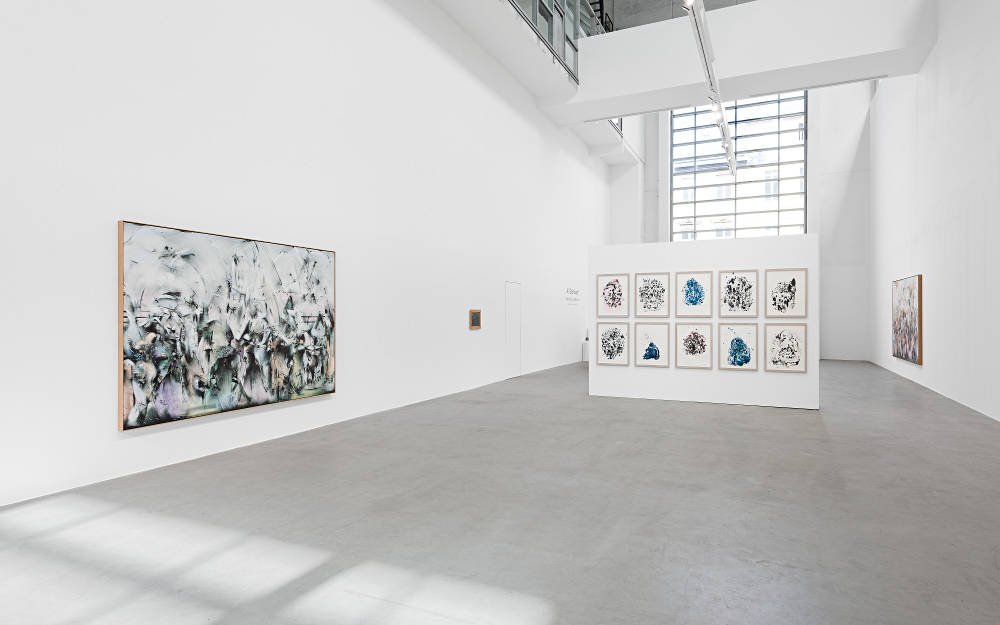 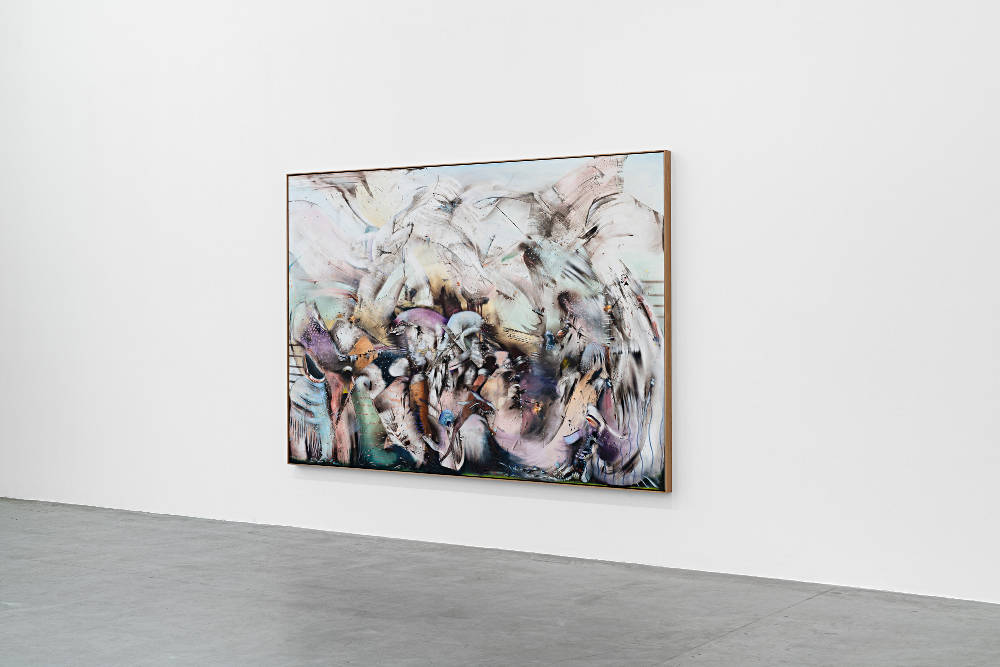 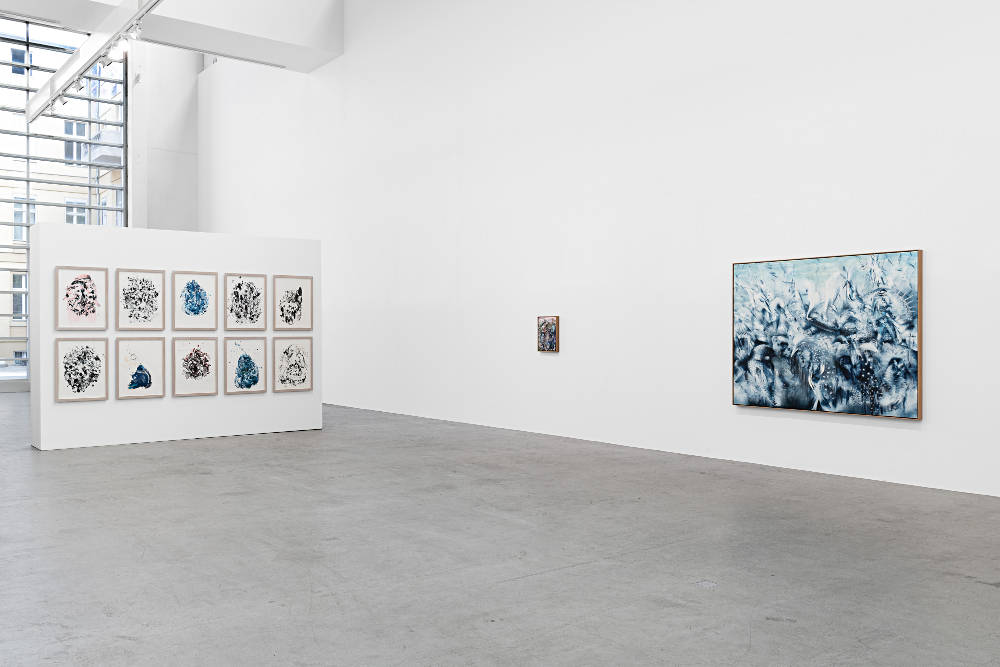 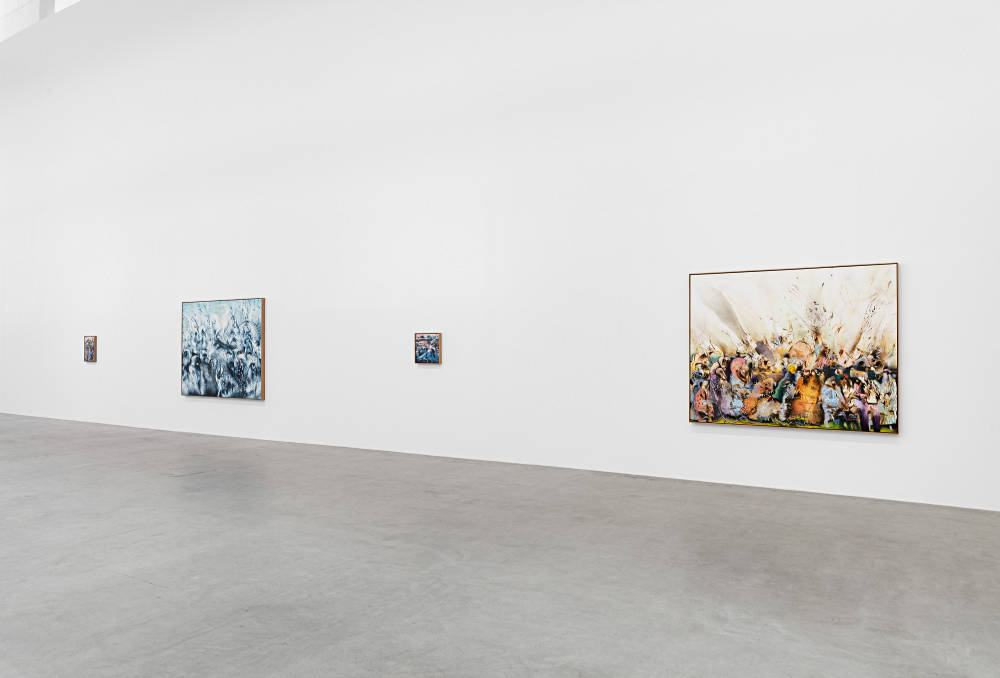 The new work exhibits a perspective that is more intimate and direct, yet with greater freedom and openness in his brushwork. The result is a more evocative sense of narrative compared to much of his earlier work, where Banisadr painted from a broad, bird’s-eye perspective, suggesting a relatively detached view of his subjects. In paintings such as Language of the Birds or Riders on the Storm (both 2018), Banisadr composes his visual drama like a theatre director or musical conductor orchestrates the interweaving voices or the stage scenery, yet the depiction of the forms and figures remains ambiguous. ‘In theatre, or opera,’ comments the artist, ‘you are presented with figures in costume and automatically you know that this one is the authority figure, that one is the jester, and so on. I like the duality between looking at the “real” figure and their costumed “role.” I’ve always liked not knowing which is which.’

Banisadr’s recent adoption of a monochrome palette appears in such canvases as The Levanter (2017) and The Building of Icarus (2018), each in cold tones of blue, and the dark green of The Wretched of The Earth (2018). The artist’s new palette, by turns cool and warm to create a dynamic synergy, continues in the new works on paper, where ink seems to stand suspended, contending with centrifugal and centripetal impulses within the overall frame. Hints of the trompe l’oeil, Iznik painted pottery as well as digital imaging alike inform this series. The largest works on paper that Banisadr has produced to date, they establish an exuberant almost three-dimensional style.

The title of the exhibition – The World Upside Down – resonates with a multitude of ideas. In many of the artists’ work the landscape looks like a world upside down, conjuring a great sense of bewilderment. The seeming chaos depicted in his work also allows the artist to reflect on the frail rigidity of social classes. The absurdity of life and the strange and artificial construct called “society” which is divided up in classes is a theme that is core to the artists reflections: ’The world is a carnivalesque stage, we’re all actors of one sort or another. We’re all implicated. Caught up in our own madness.’ says Banisadr. The title also refers to the Russian philosopher Mikhail Bakhtin’s concept of the ‘carnivalesque’, a force that inverts social norms and structures is one of his inspirations. In the publication that accompanies the exhibition, the art historian David Anfam writes that ‘the carnivalesque pivots upon ambiguity, reversals, excess, revelation and concealment – thereby striking to the heart of Banisadr’s pictorial universe.’ The simultaneity of events is another element in Banisadrs work and can also be seen in Pieter Bruegels work “The Netherlandish Proverbs” which carries The World Upside Down as a subtitle.

Ali Banisadr: Volume 2 is the continuation of Ali Banisadr, One Hundred and Twenty-Five Paintings published in 2015. Volume 2 documents all paintings the artist produced since 2015 as well as all works on paper since 2010. Together these two publications form the artist’s first ever Catalogue Raisonné. The new volume features a newly-commissioned essay by art historian David Anfam, a text by the author Azareen van der Vliet Oloomi and an interview with art critic Negar Azimi.

In 2019 his work will be the subject of the following solo exhibitions: Bosch & Banisadr, Gemaldegalerie, Academy of Fine Arts, Vienna, AT; Ali Banisadr, Noordbrabants Museum, ‘s-Hertogenbosch, NL and Ali Banisadr & Andrew Sendor, MOCA Jacksonville, US.