Alfredo Jaar: THE TEMPTATION TO EXIST

Alfredo Jaar: THE TEMPTATION TO EXIST

Galerie Lelong & Co., New York presents THE TEMPTATION TO EXIST, a solo exhibition by Alfredo Jaar. For over four decades, Alfredo Jaar (b. 1956, Santiago, Chile) has used photography, film, installation, and new media to create compelling works that examine complex socio-political issues and the ethics and limits of representation. The exhibition is constructed in two moments with two major installations, both presented in the U.S. for the first time. A newly commissioned work by the artist is concurrently on view in the Whitney Biennial (through September 5, 2022). 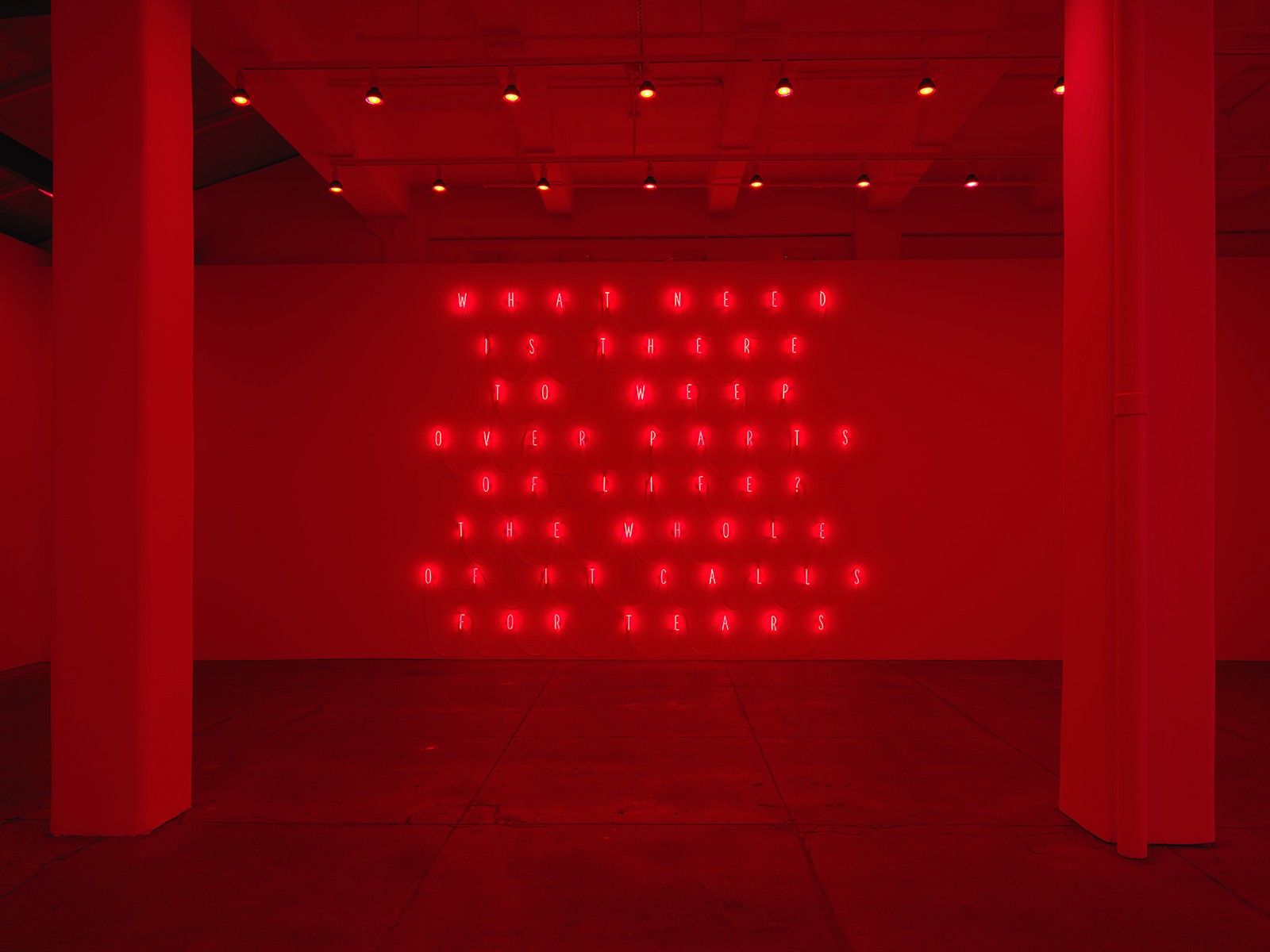 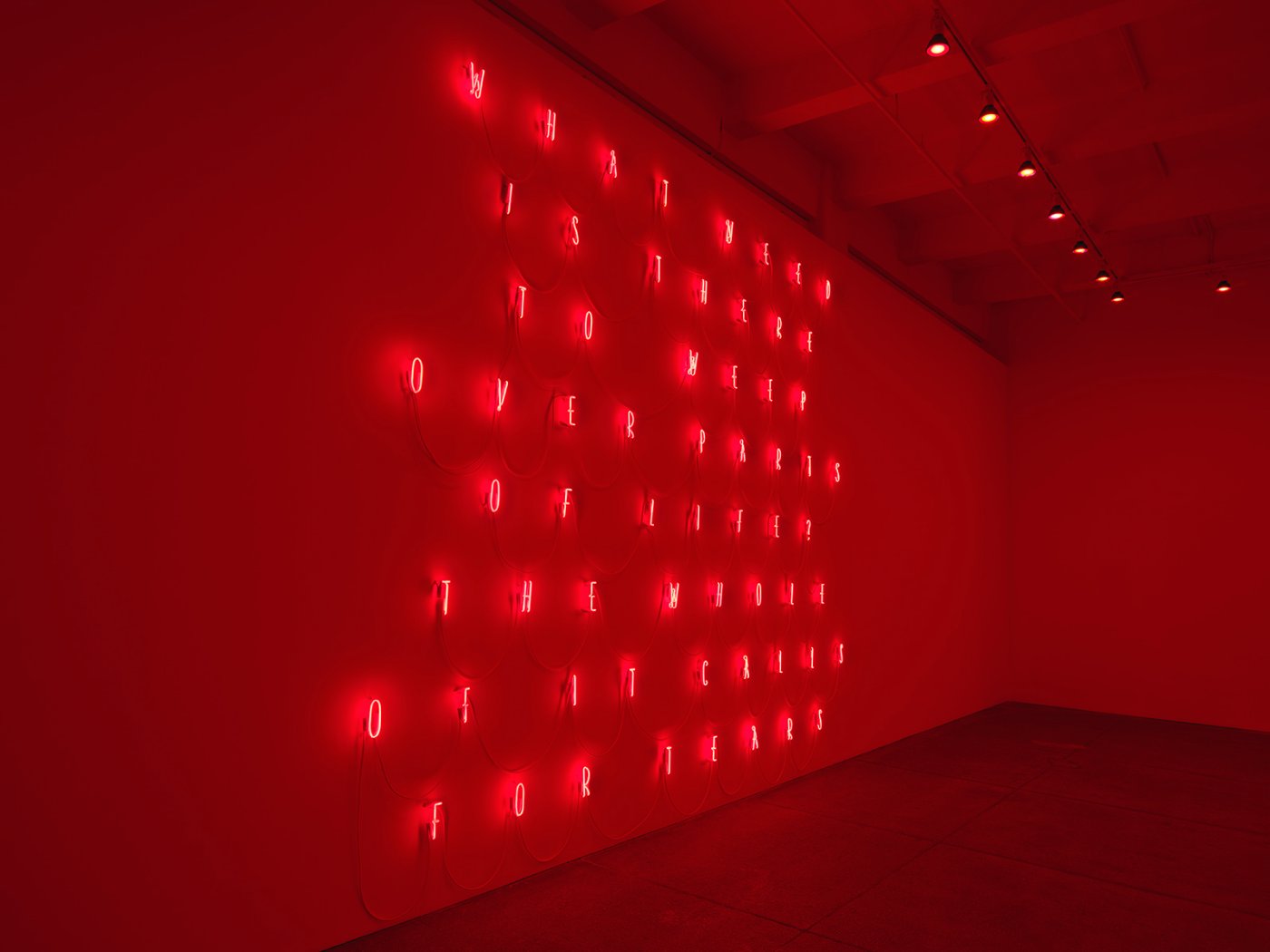 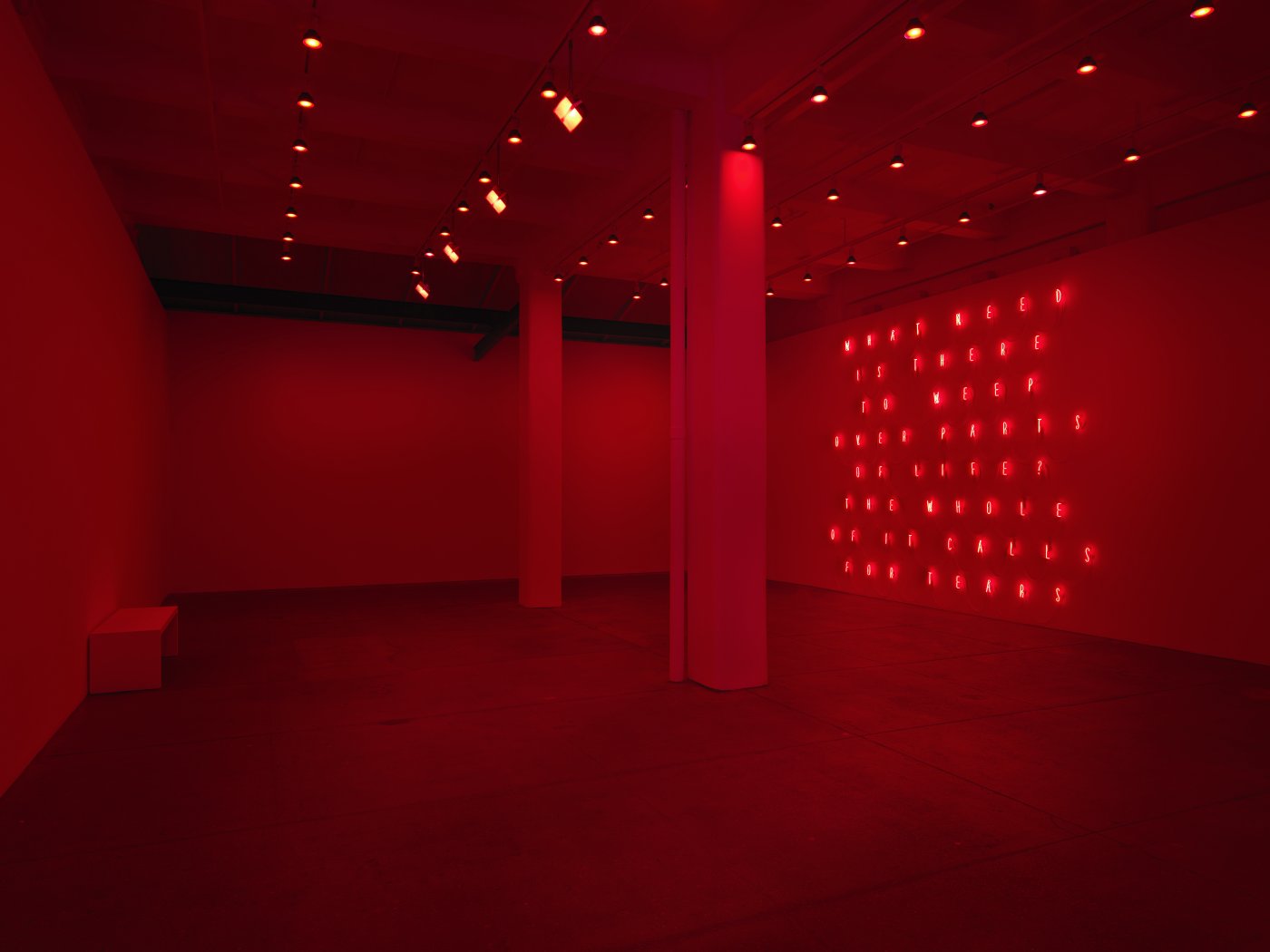 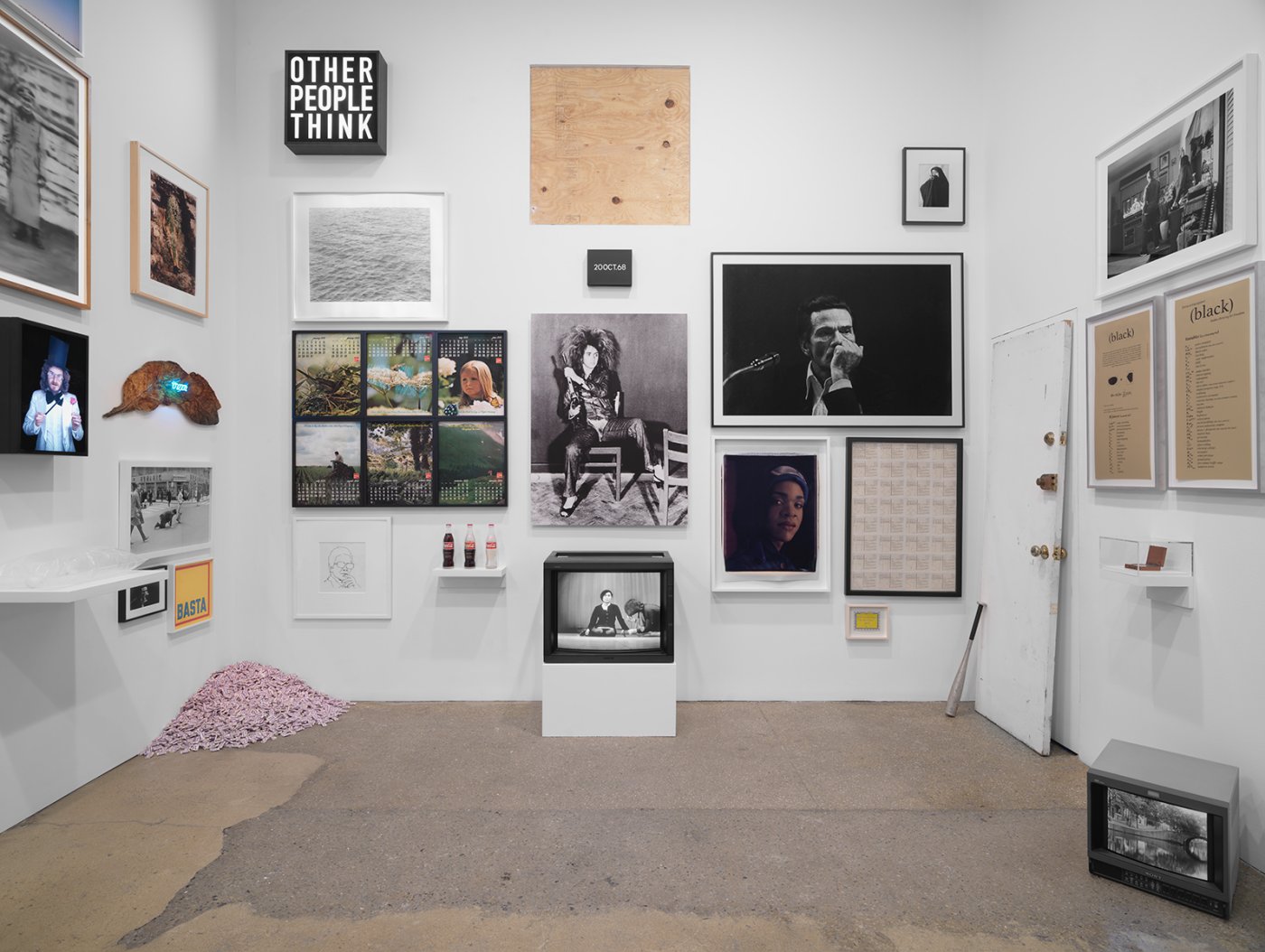 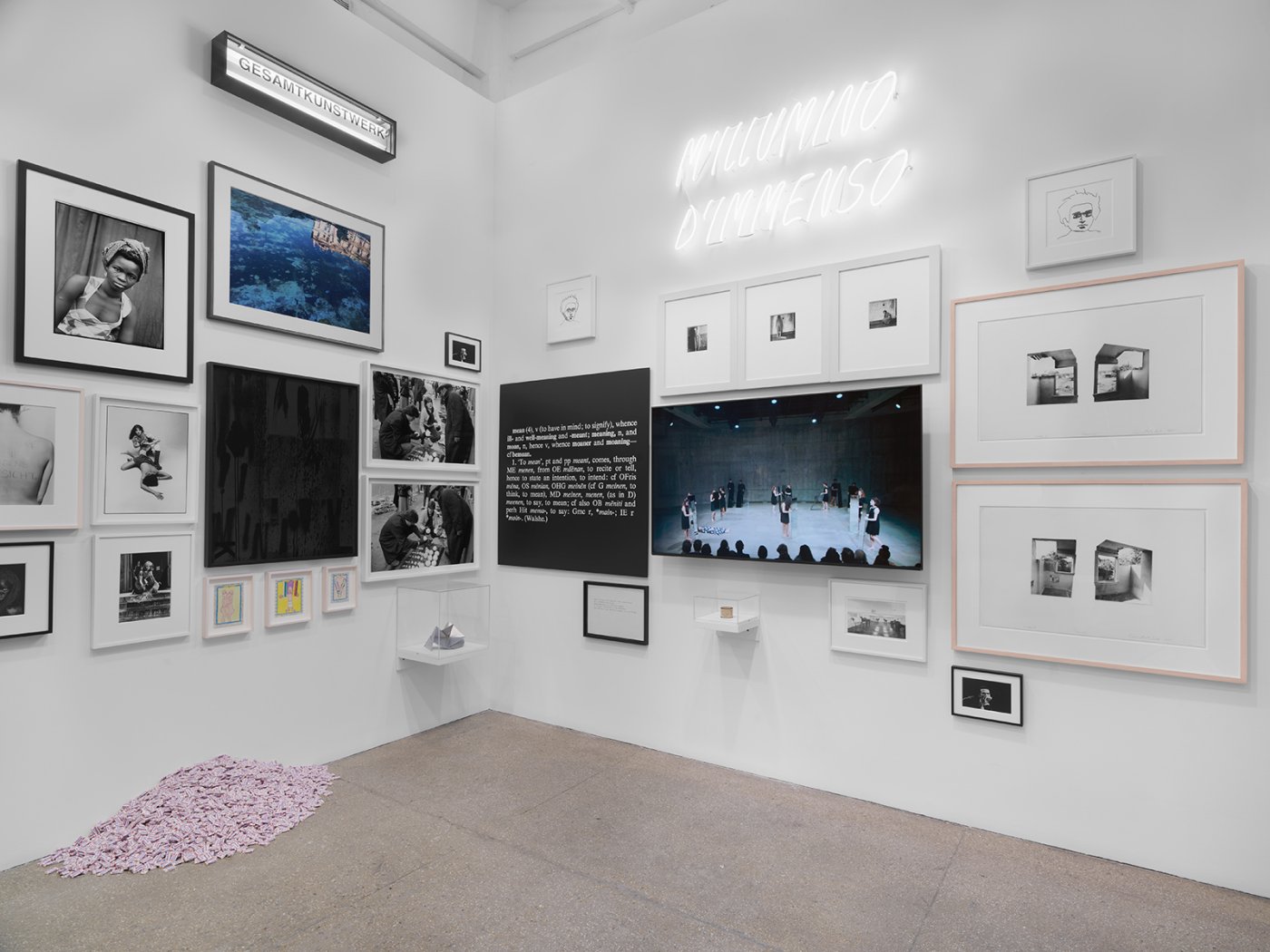 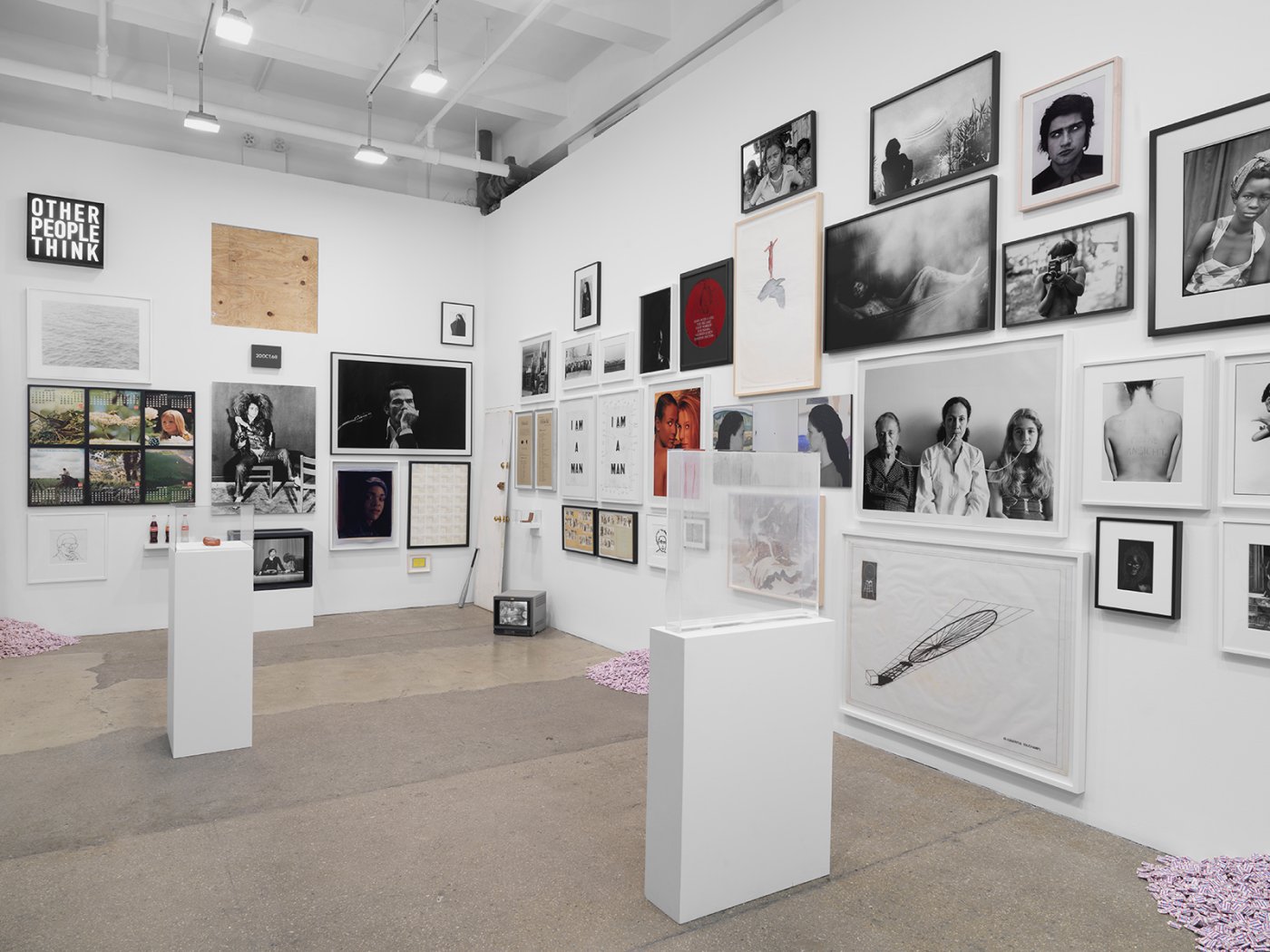 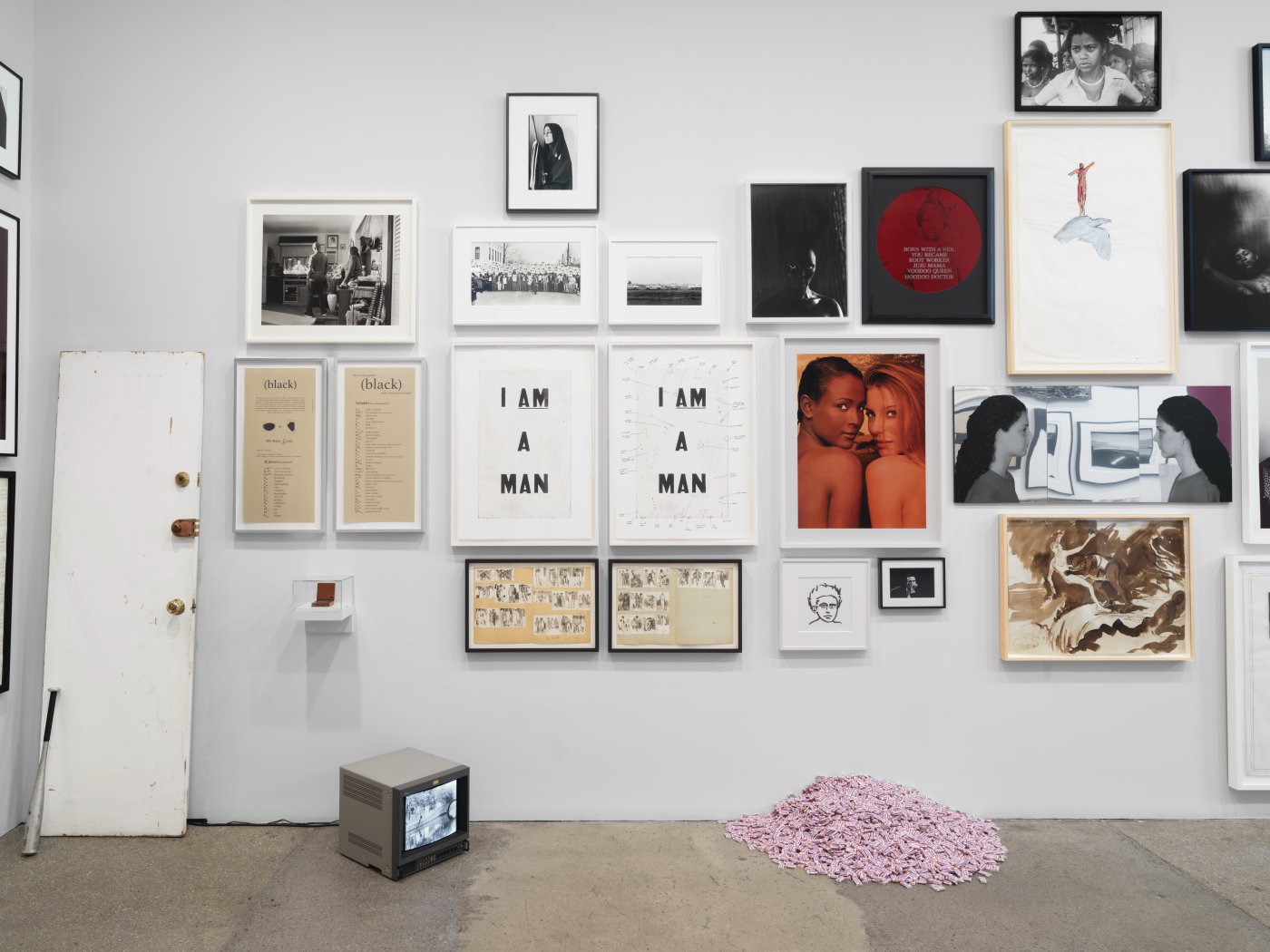 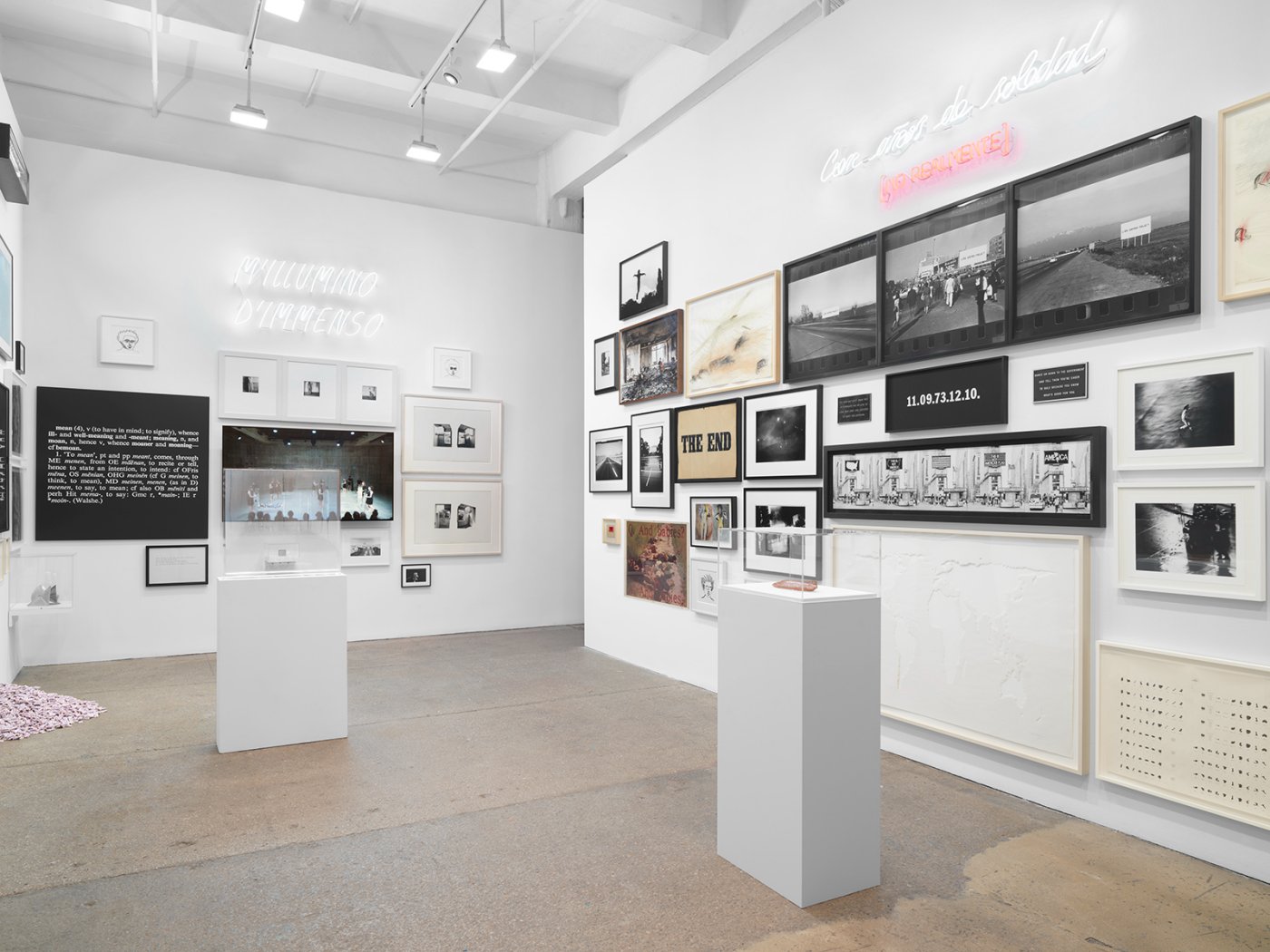 The exhibition’s title makes a reference to a book by Emil Cioran, one of the artist’s favorite writers. A dark, subversive thinker, Cioran was the poet of pessimism. A philosopher who was always on the verge of suicide, he once said: “If I didn’t write, I could have become an assassin. Writing is a matter of life and death. Human existence, at its core, is endless anguish and despair, and writing can make things a bit more bearable. A book is a suicide postponed.” For Cioran, failure permeates everything. Great ideas can be stained by failure, and so can art and the human condition. “No longer wanting to be a man, he is dreaming of another form of failure,” he wrote. “The universe is one big failure, and not even poetry can succeed in correcting it.”

For Jaar, art is the impossible answer to an impossible question: how do we make art when the world is in such a state?

In the gallery’s main space, an immersive experience is created with a large, red neon work. The words of the stoic philosopher Seneca take center stage—”WHAT NEED IS THERE TO WEEP OVER PARTS OF LIFE? THE WHOLE OF IT CALLS FOR TEARS.” Seneca strongly believed that if we have the essentials and a strong inner spirit, we can radically accept and endure any circumstances. Eschewing the presence of other objects, the room is entirely illuminated with a dense red light, building an atmosphere of poetic uncertainty, mirroring the unease of contemporary times. The philosopher’s emblematic phrase glimmers in the space, reacting to the tyranny of the white box space and filling it with an idea—a model for thinking about the world.

Jaar’s second installation in the exhibition fills the second, smaller gallery space with more than 95 works from a diverse group of artists as well as a small selection of his own works. Here, the artist has tried to create what he calls “a space of resistance, a space of hope.”

In juxtaposition to Jaar’s own work that was primarily created in resistance to Pinochet’s dictatorial regime in Chile (1973-1989), he has selected works from more than 65 artists who have sought to resist and change the world since the 1960s.

These works are brought together by Jaar in an examination of memory and political participation from the last 60 years, revealing the intersection between culture and democratic life. Exhibited in close proximity to each other, the resounding voices of the artists invoke a shared history and reclamation of agency—a “we” that urges to change the world.

The artist will hold an exhibition walkthrough with Carlos Basualdo, Keith L. and Katherine Sachs Senior Curator of Contemporary Art at the Philadelphia Museum of Art, on Saturday, May 14, 2022 from 4:00pm to 5:00pm in the gallery.