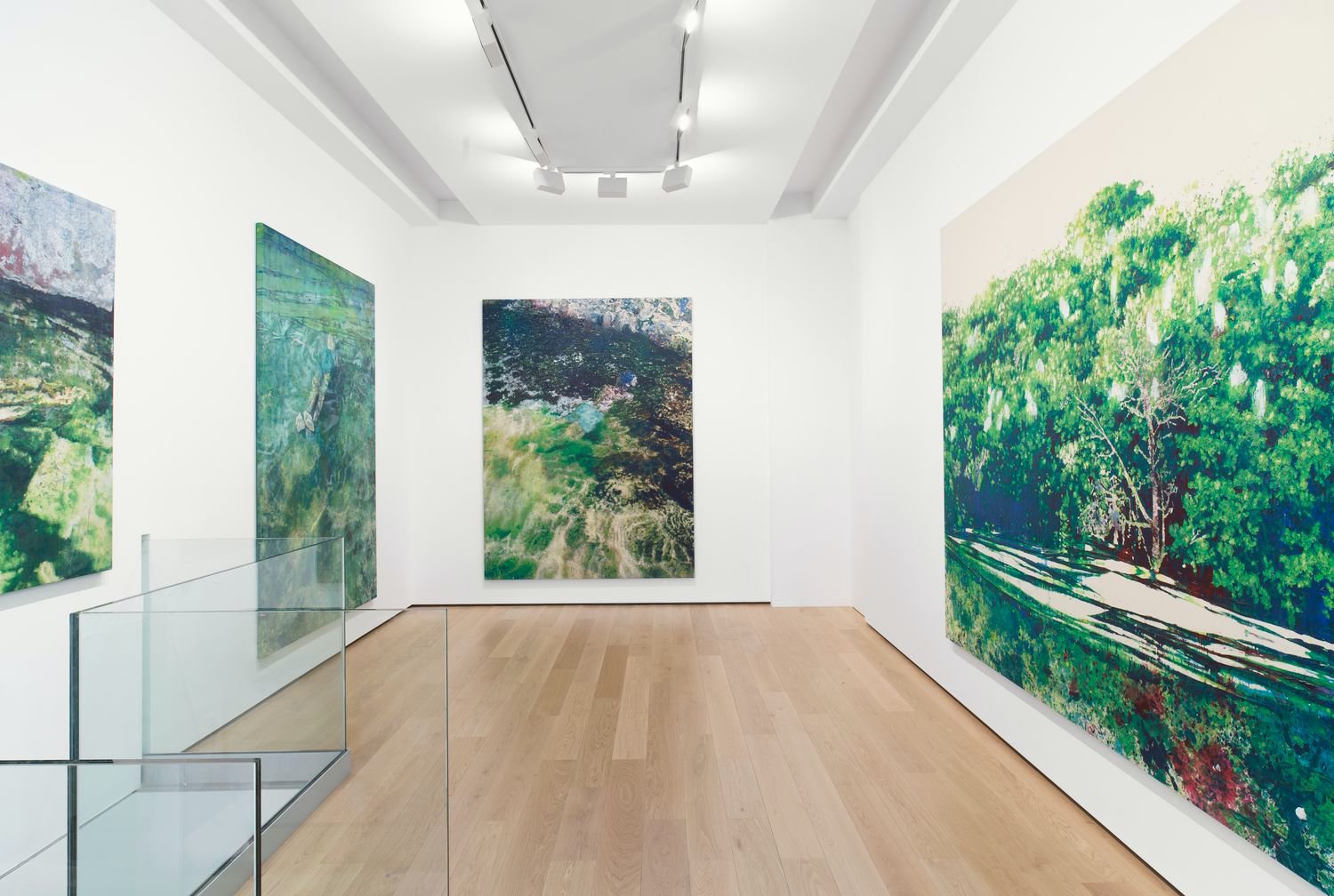 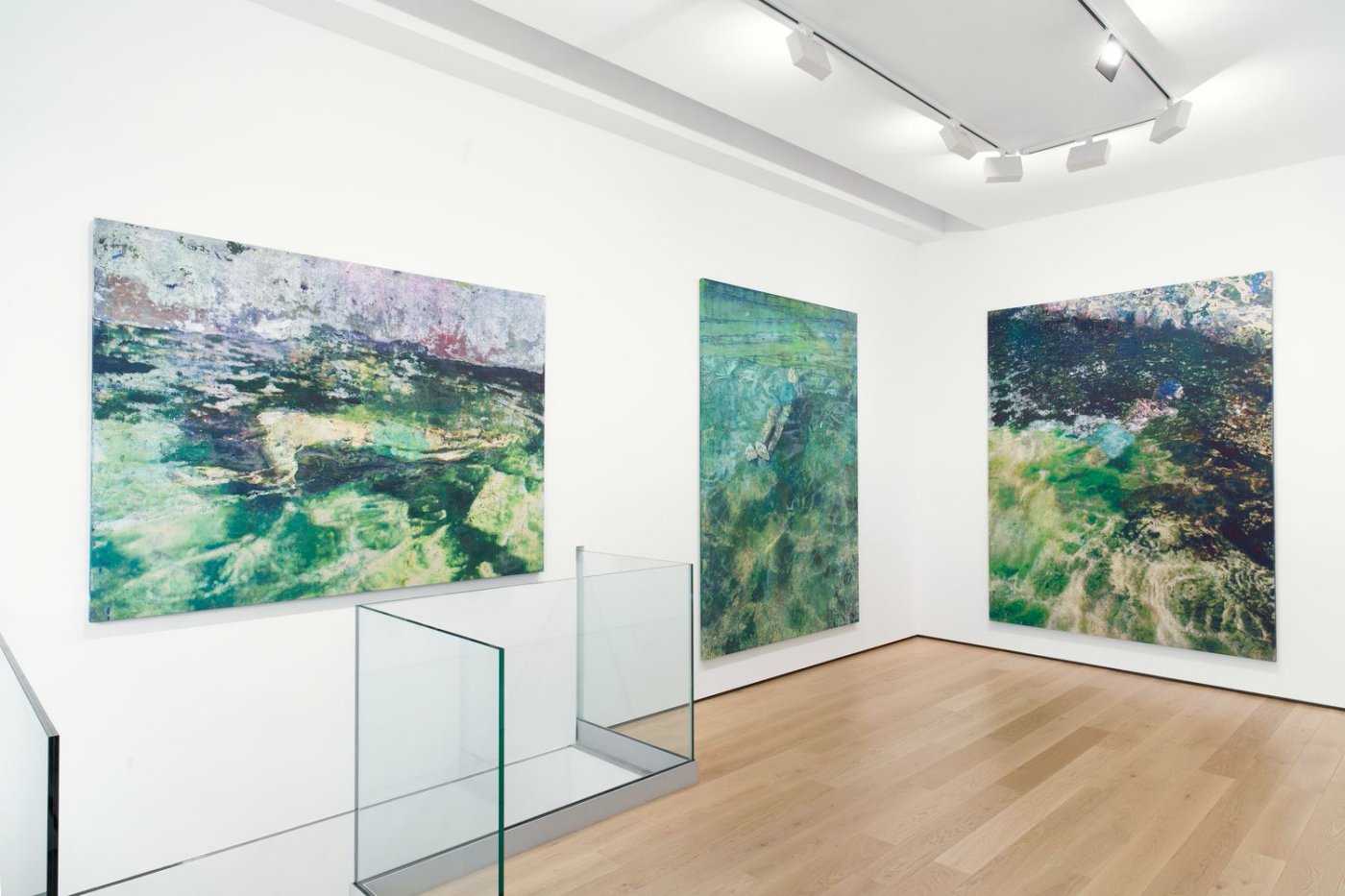 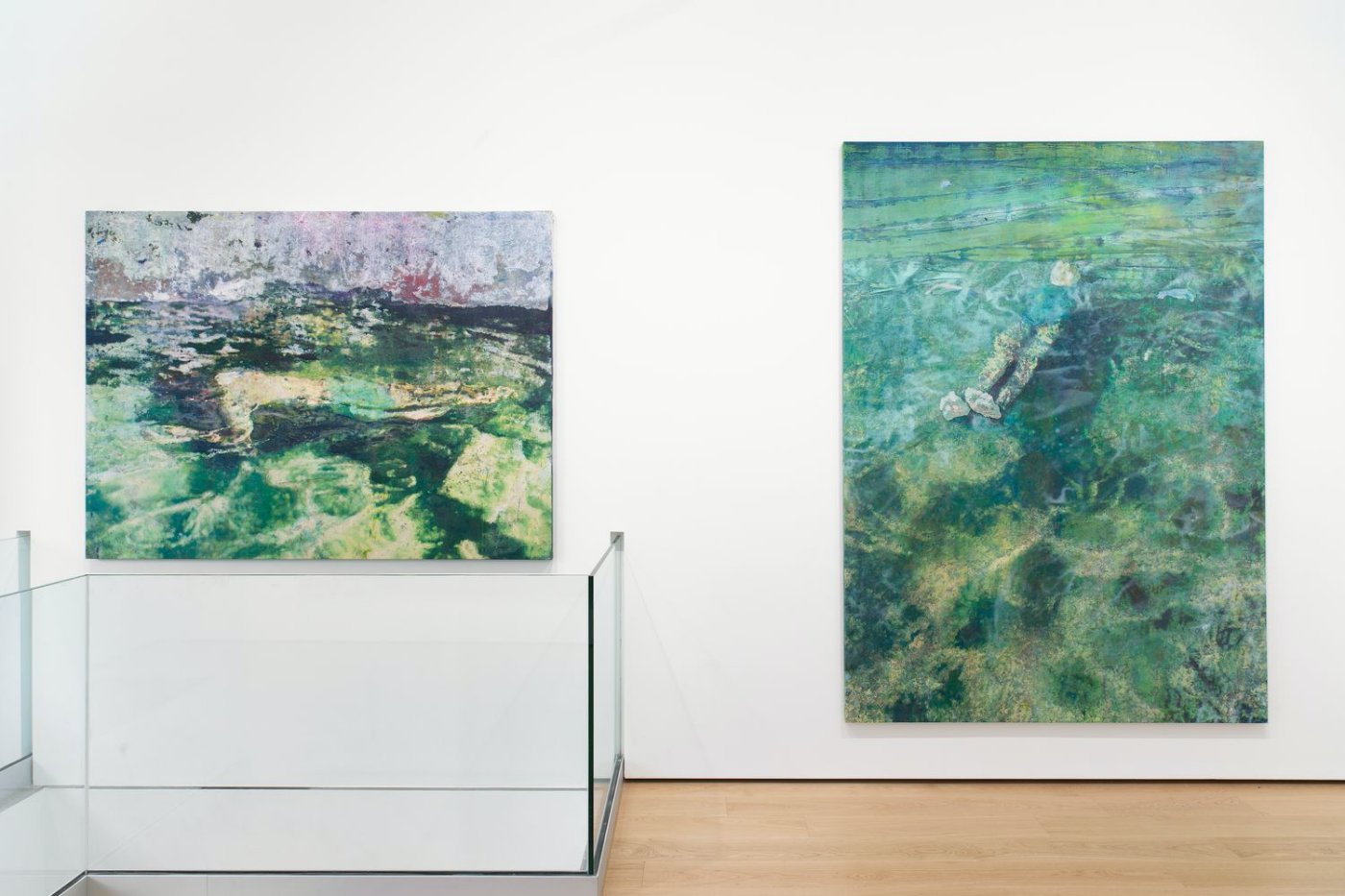 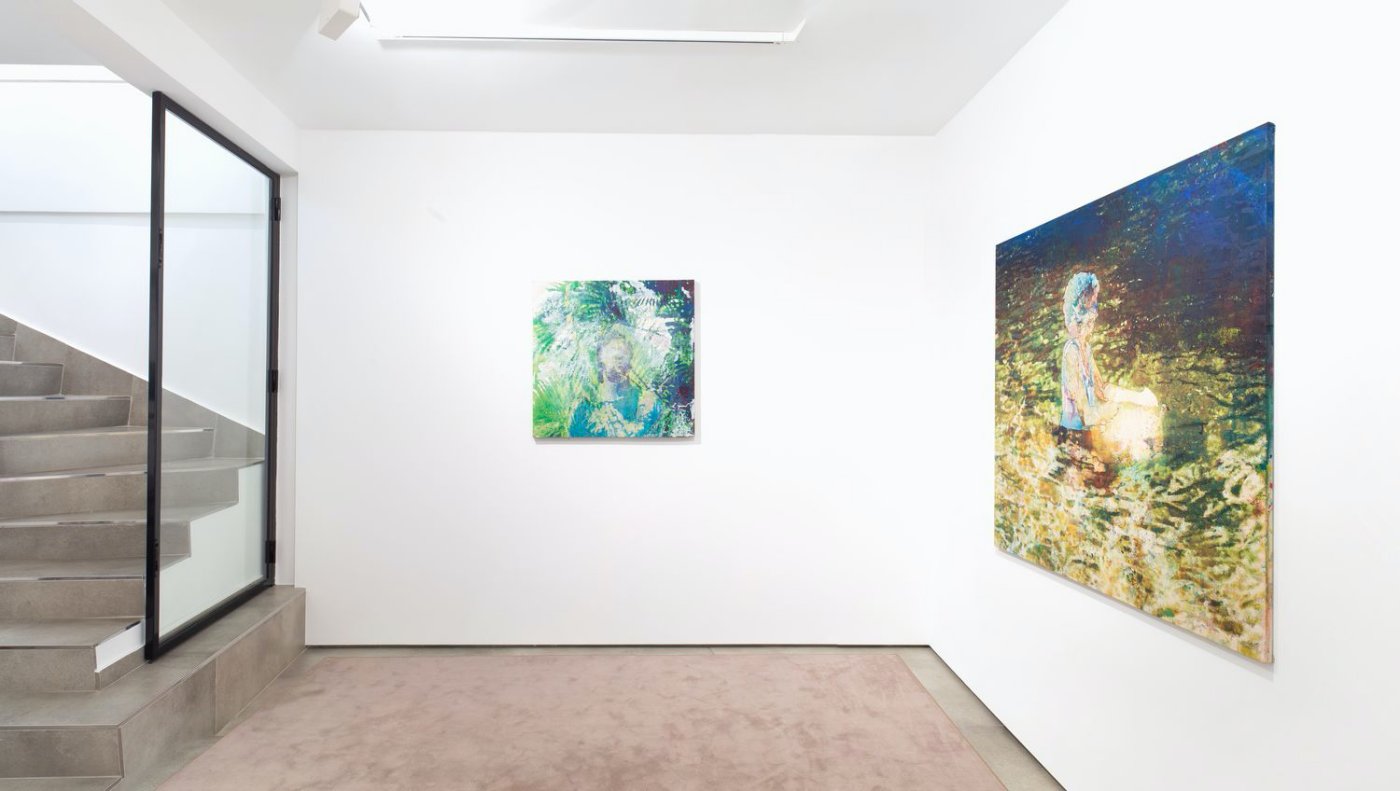 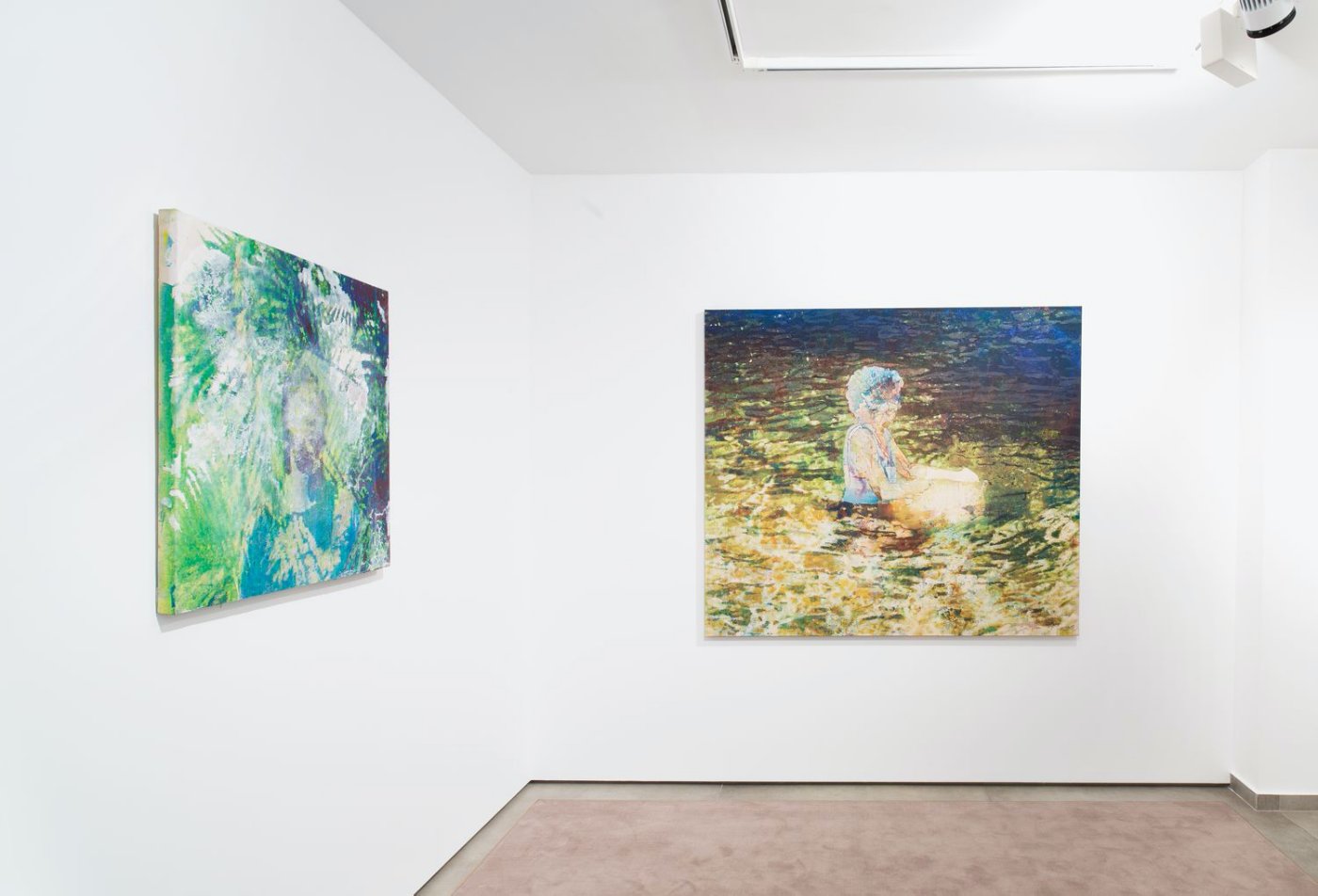 When we talked at the restaurant and imagined things

I remember telling you that I imagined three scenes for the image in the sequence of your painting (with a small p). While I was speaking, I imagined the first one as a scene of remembrance with the leading actress being the photographic image. It’s like a movie — Action! There’s a kind of strange familiarity with the image — a landscape, a light, and people you like or don’t like. I had read something by Bergson about “the door of consciousness,” referring to the threshold where the subconscious communicates with the conscious mind, and it made me think of what you said about the image as a door. A few lines further, Bergson talks about memories as “messengers of the unconscious.” Well, I think the first image (the photographic image) is at its threshold state. The conscious mind is disturbed — it’s like it’s detached even when it finds itself inside. For a moment, the photographic image suffers from a strange closeness. It reveals way too much, it’s a bad book or a bad movie — Cut!

Going inside the studio

Now we’re dealing with production (the favorite time of critics and the gallery). I experienced this scene as choreography. Once in position, the people who help you start their movements and positions with you. I noted at this point it was Dylan, Bahar, Alejandro, Amandine, and Melissa. This skene was the darkness of your fabrication. I felt a kind of melancholy, of suspension. There was also a clinical feeling with the projections on the canvas. It’s painstaking work, it takes hours and days. We could talk about your work and continue this list. The second scene is perhaps when all the choreographies (as you call them) in the studio become images. Dylan walks, Bahar walks, Alejandro takes small steps, you come and go. The image is no longer a subject in this moment — it’s a scene of relationships, encounters, almost an assembly line. So the point of all this is that the image doesn’t emerge from a solitary reflection but a production process that is slow, painstaking.

The image, a family in the studio.

We never think of the size of a studio, but it’s always swarming. People laugh, work, eat…it’s a mangrography like in your painting Mangrove (2021).

You show me your paintings

Outside, I sit down, and you come over and show me the paintings. It would be easy to say that the third scene is the event of the image, the one where it appears. It’s the scene of exhibition (showing your painting to me, showing this text, showing the work at the gallery). After the geological stage, the image arrives. After the quakes and the quivering, the image comes out like a snapshot, like something that breaks with the past. That’s Gaston Bachelard, who, unlike Bergson, imagines the instant as solitude, as discontinuity, a break, an essential and non-artificial cut. The time when the image appears (the instant) is radically new and must be marked by an attack (I imagine this as a coup d’état). It would also be the time for synthesis, between you and the world. We aren’t going to resolve this here, this idea of creation (which is actually very violent), this idea of work for the production of a figure that has become recognizable even if we never identify it, as in Plage (2021). It can sometimes disappear in the interplay of materials, for instance with the reflections on the water, but it manages to float. We can hardly hang a story on it — this means the work is done. The figure was already there in the first moment, the moment of the photo, but it betrayed a strange closeness, a caricature (we know scenes of vacations and childhood or family memories, the story has been told too many times, in too many movies, books, and middle-class scenes). And then the figure disappeared totally into the darkness of a studio. There, finally, a figure becomes recognizable again, defies all the bad stories, and the painting becomes a scene of affects, sensations of colors, maybe of emotions, certainly of desires. Like this forest in Mangrove (2021), we would imagine entering a mangrove forest and the word alone is enough to summon up an infinite imaginary space. There’s the memory of a landscape, landscapes that are called “tropical.” The memory of skin bathed in bright sun, the sensation of light and herons gliding at the entrance of the mangrove forest (now we’re getting poetic). Maybe it’s just me going a bit fast in making this figure into a place, but sensations also retain the memory of the places and materials that we miss in other climes — Cut! That’s perfect.