Curated in dialogue with Jenni Lomax 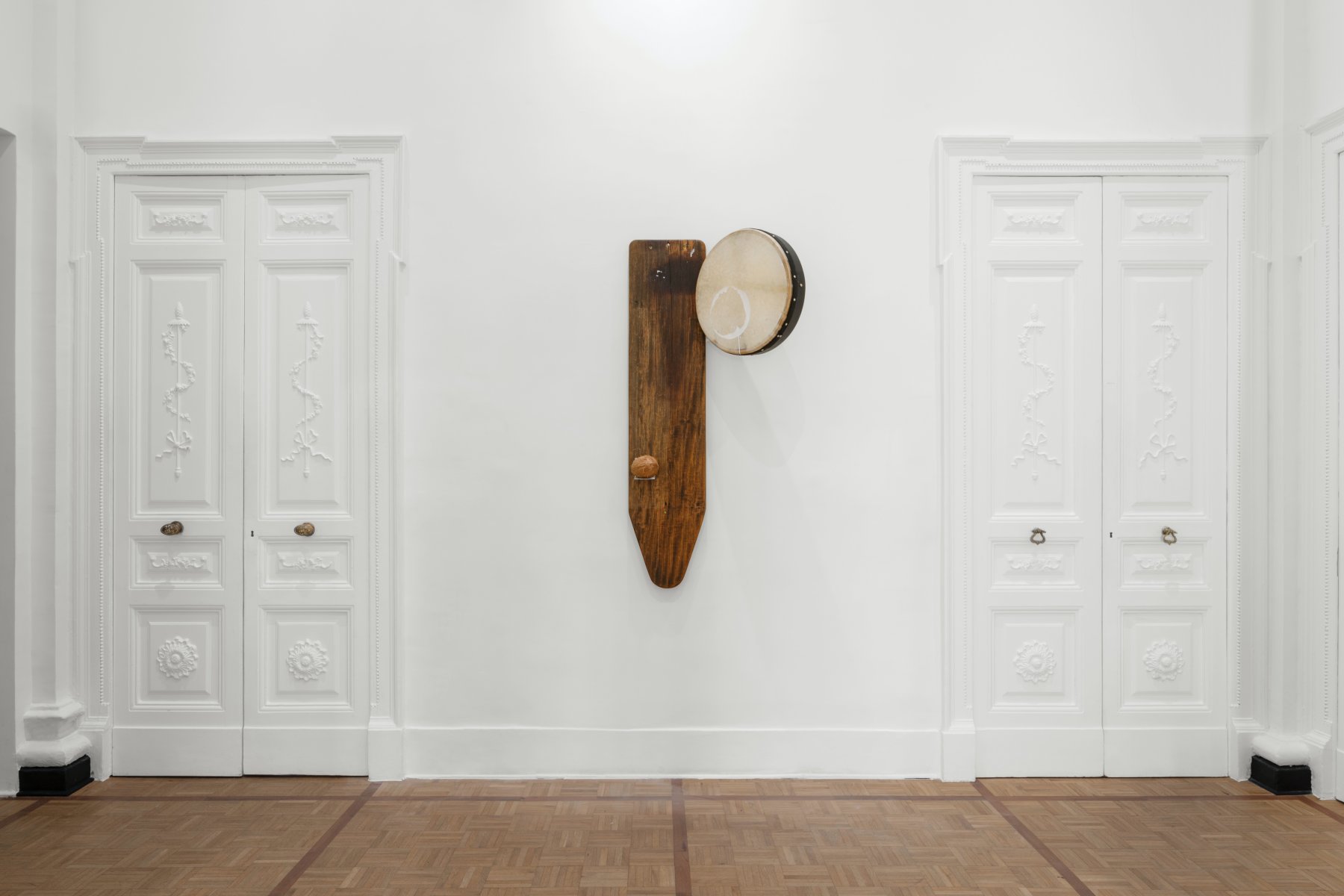 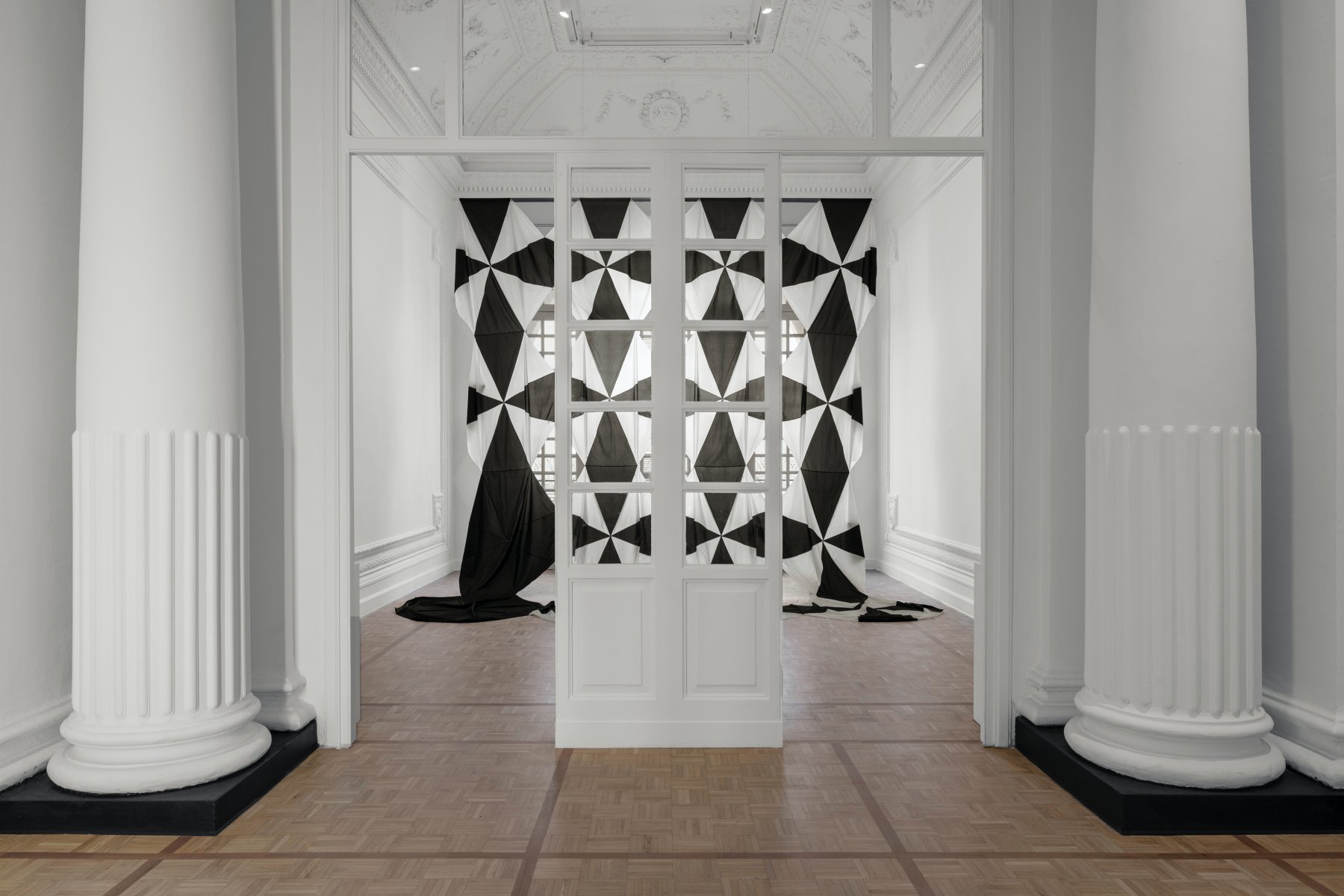 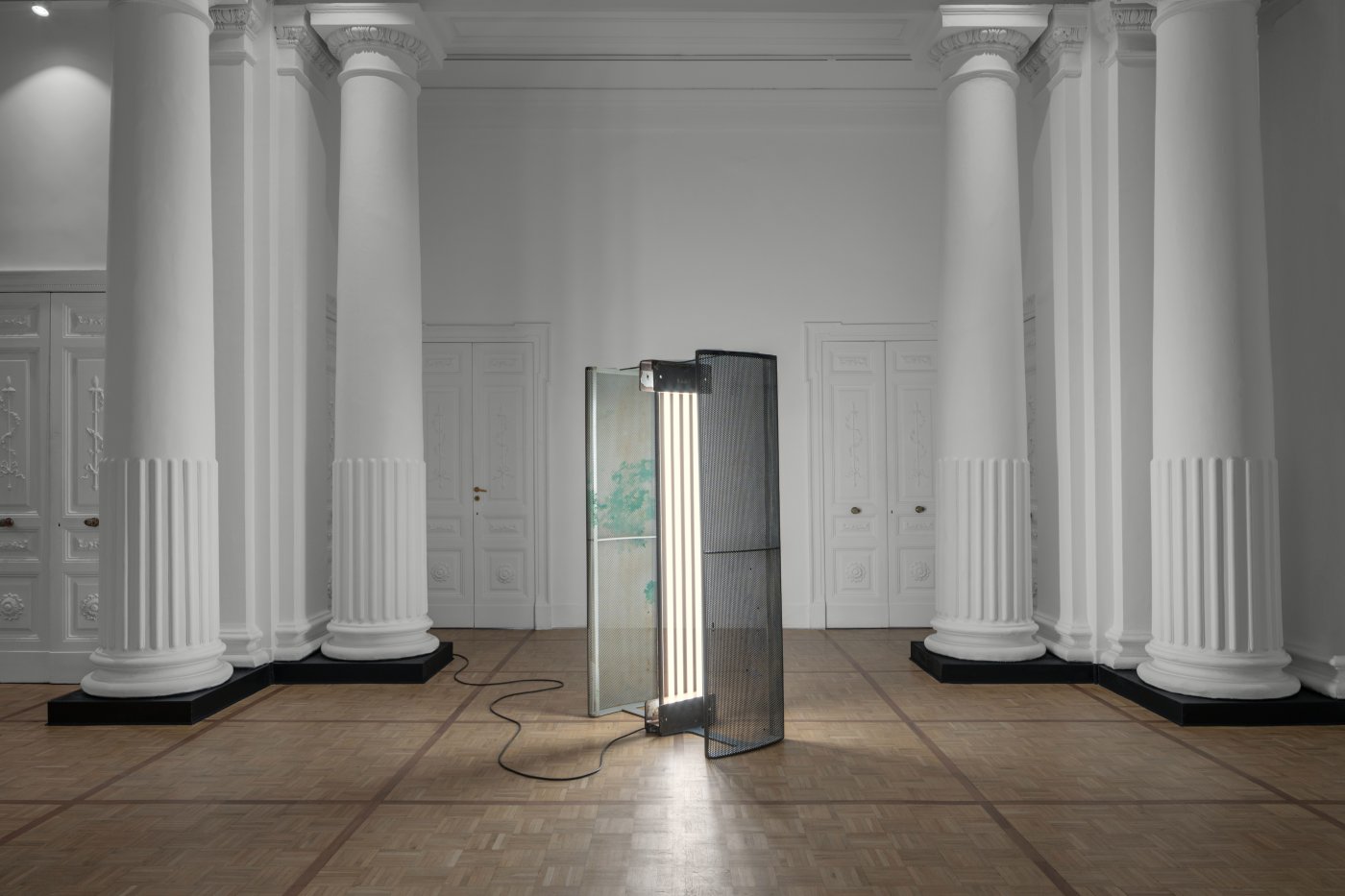 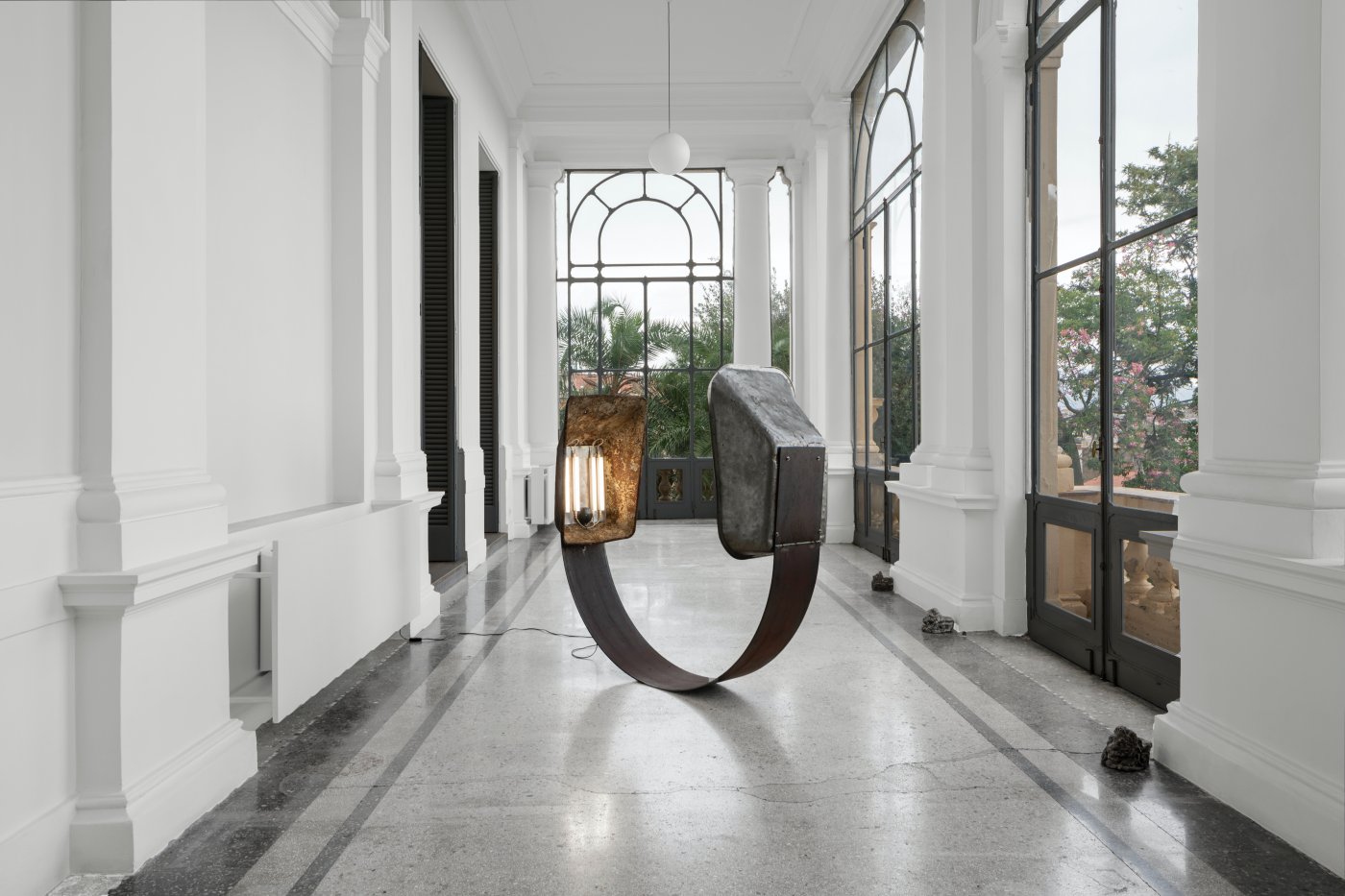 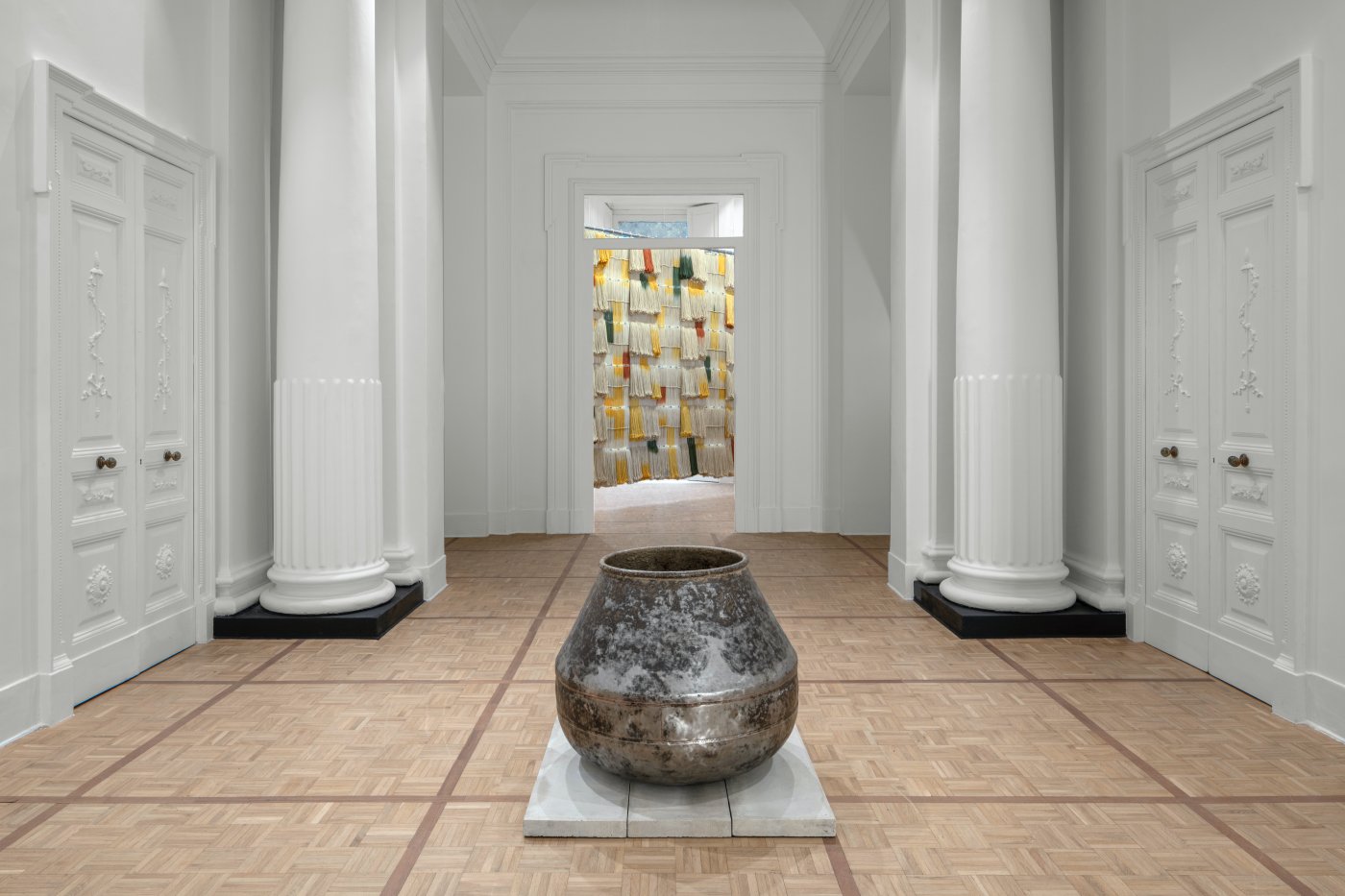 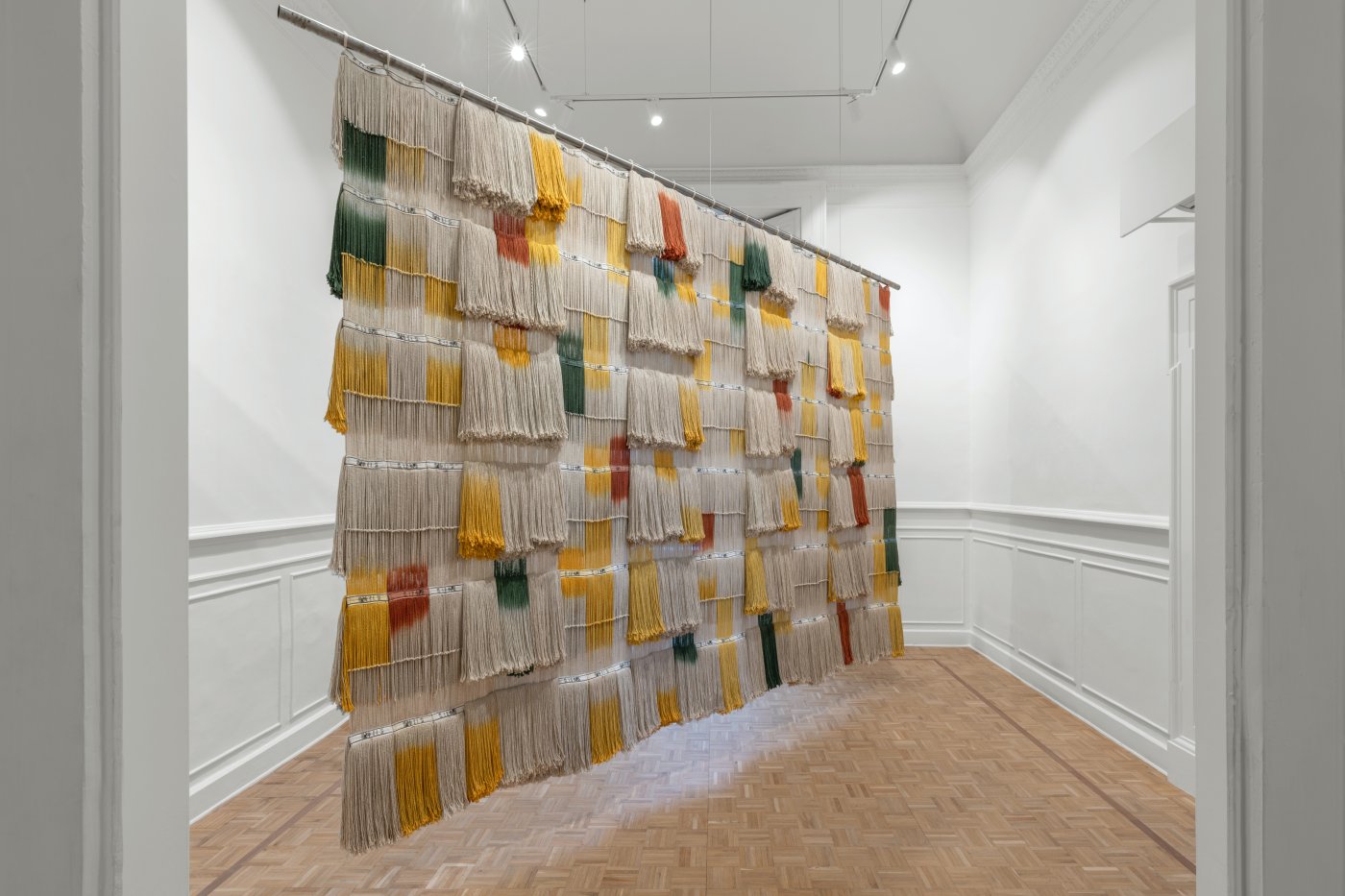 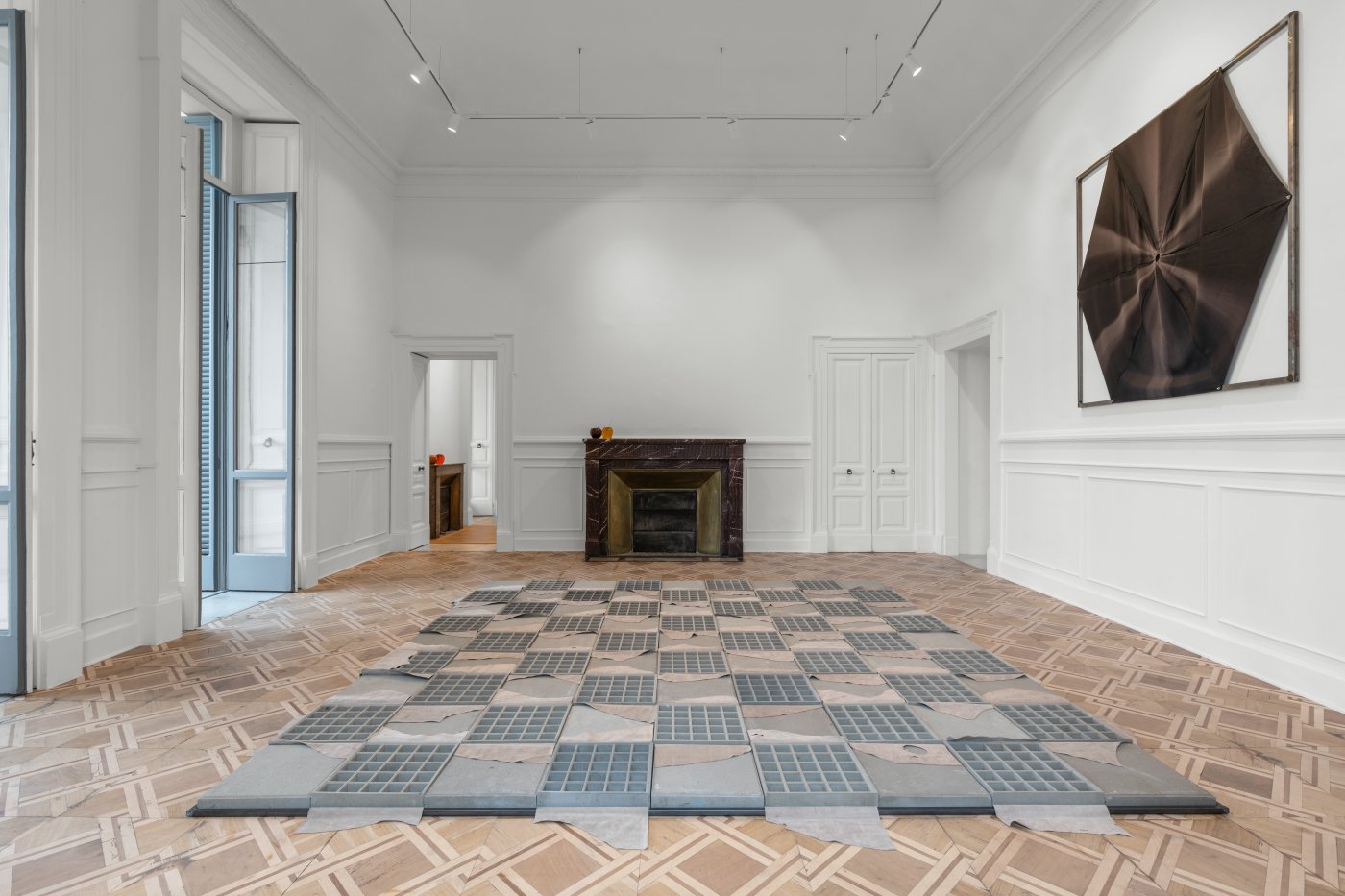 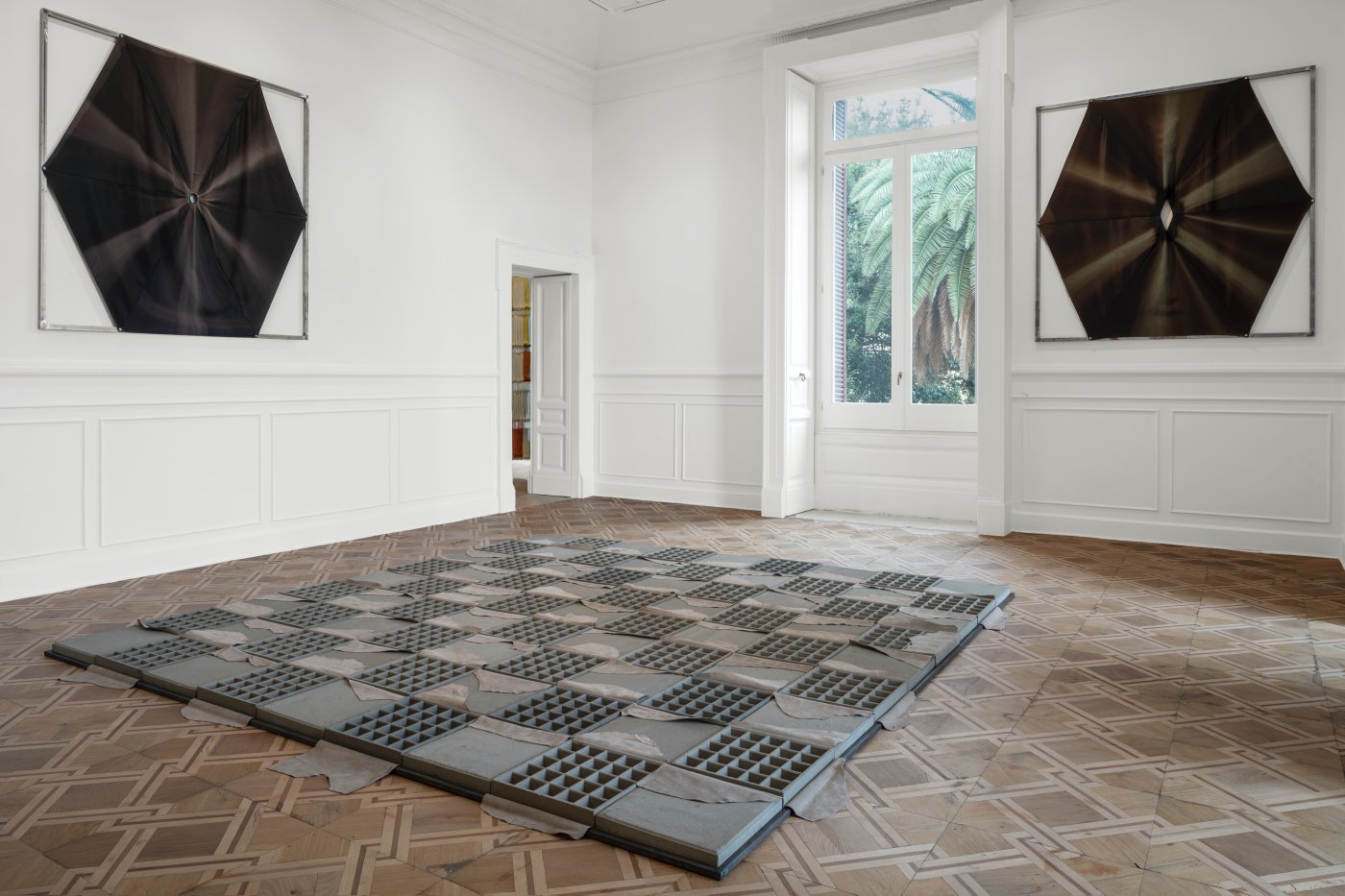 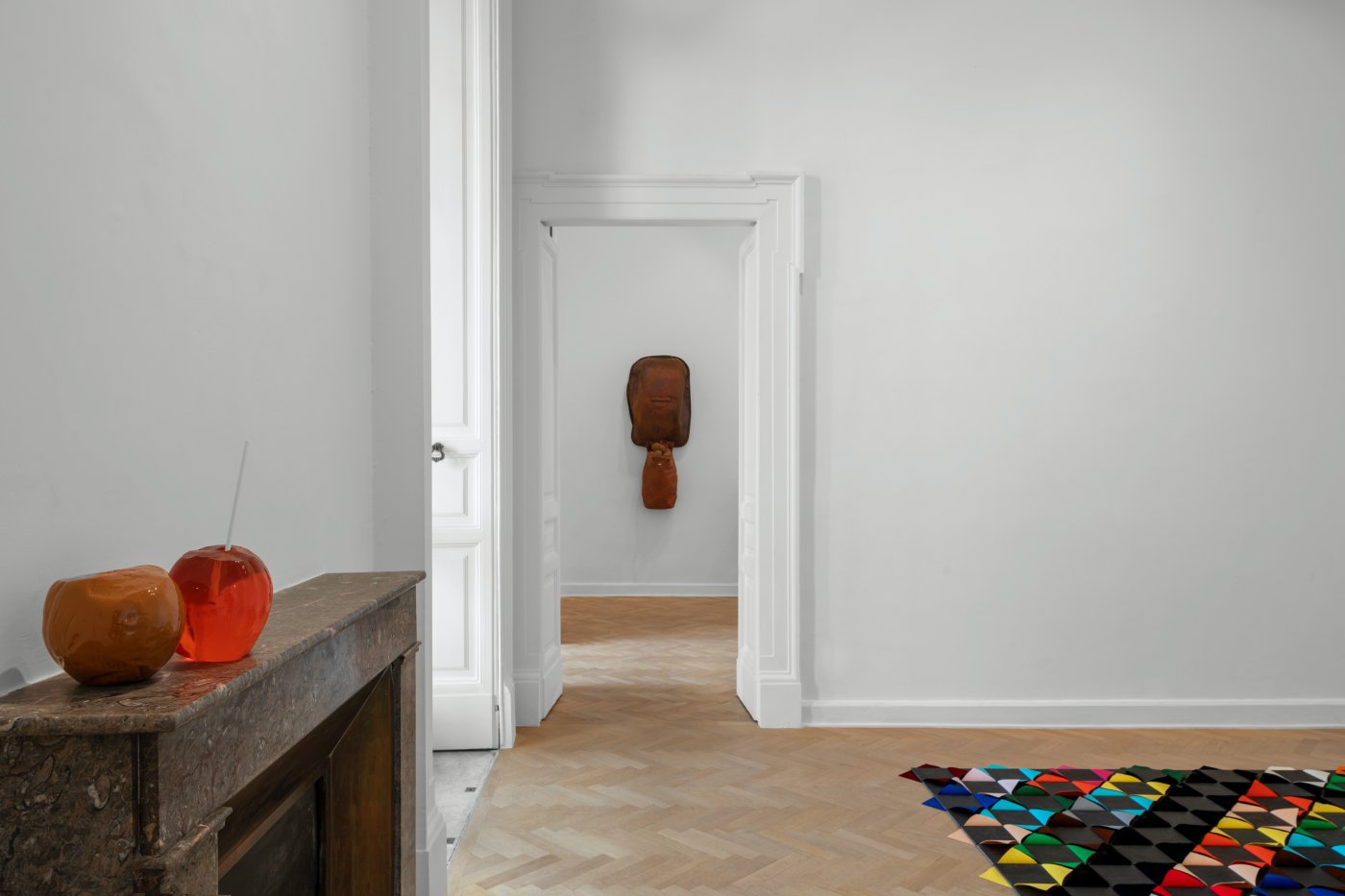 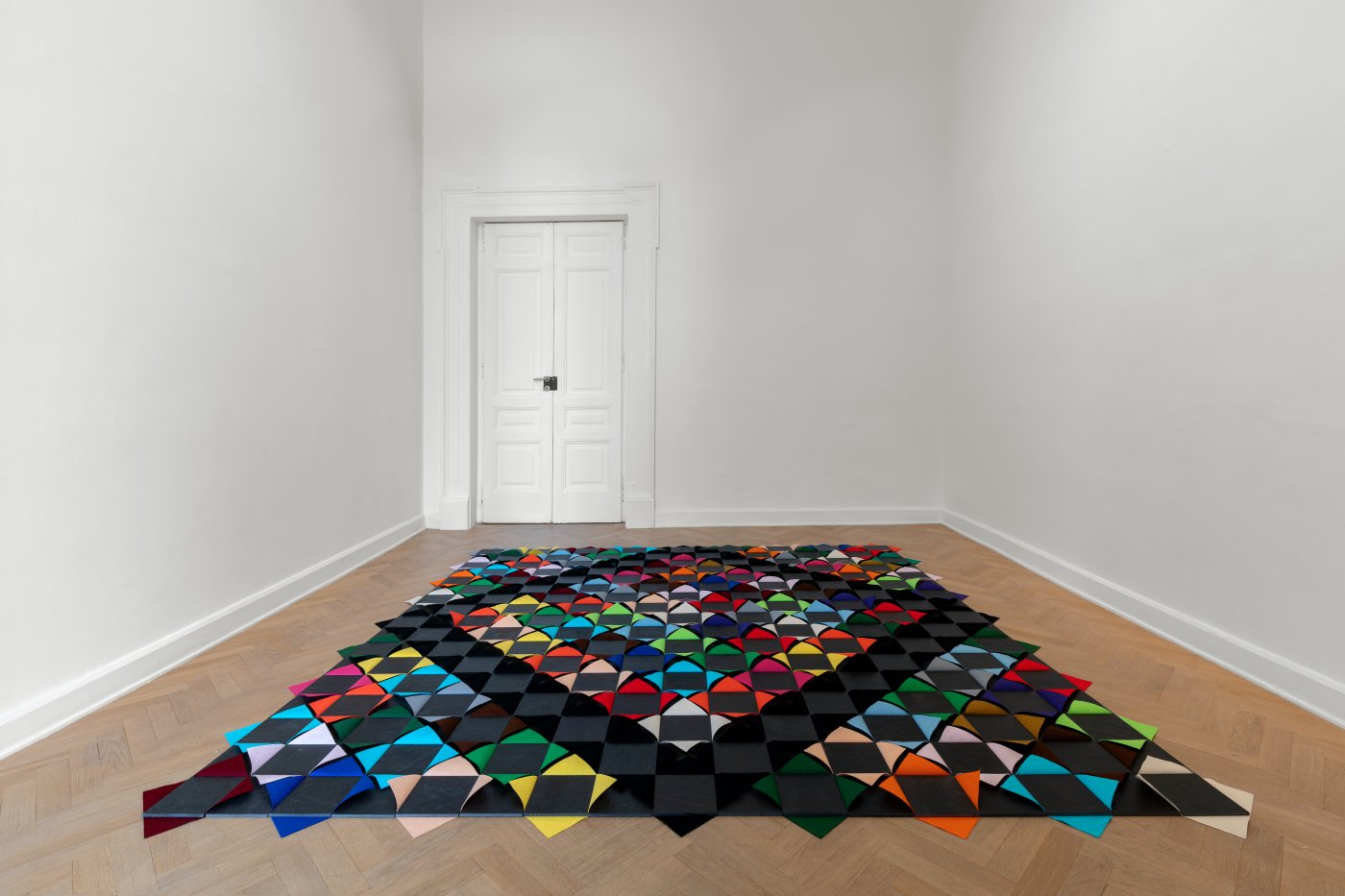 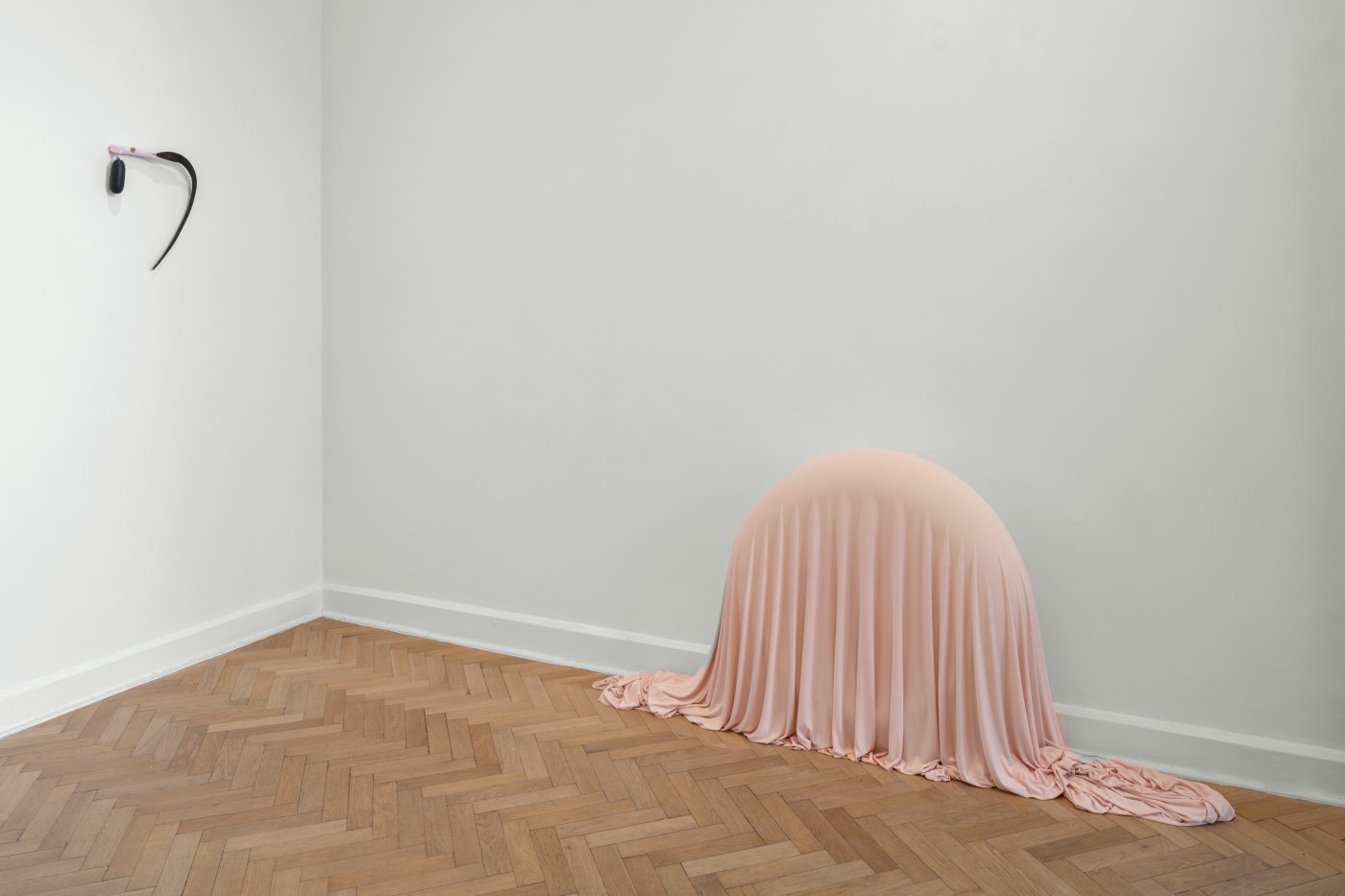 Alexandre da Cunha challenges the implicit value systems of objects. In his careful arrangement of material and things—whether domestic, utilitarian or disposable—da Cunha re-evaluates hierarchies of attention and perception by scrutinising the play of shape, form and colour.

For Arena, his first exhibition at Thomas Dane Gallery in Naples, da Cunha presents certain aspects of his observations of how objects sit in the world around us. Through conversation with Jenni Lomax, with whom he worked for his 2009 show Laissez-faire at Camden Art Centre, an emphasis is placed on the spatial relationship of progression between rooms in the gallery; shifting perspectives of wall, floor and ceiling.

Elements from the Camden Arts Centre show, such as assembled mop heads and coconut casts, are newly articulated in Arena, where da Cunha’s sensitivity to material is enhanced by Lomax’s treatment of space and installation. Doorways are deliberately closed to organise movement through the gallery; uniformity reinforcing ‘the arena’ as the enclosed site of activity or conflict.

One of a series of floor works Quilt (Sahara), (2011), weaves leather between paving slabs, while for Kentucky (Napoli), (2020), dyed cotton mop heads are constructed to form a hanging textile that suspends diagonally from the ceiling. Elsewhere, discarded wheelbarrows and metal benches are recalibrated as lighting arrangements, activating both floor and wall. A sociological dimension is never far from view—concrete mixers, their surfaces rusted and worn, are displayed for their aesthetic qualities while reinstating the social economies of labour in which these objects circulate.

Through da Cunha’s eyes banal objects are readdressed to overcome material contractions and to articulate a weightier sense of ambivalence. Marble, (2020), features an inflatable rubber ring draped with fabric which gathers over the floor in this subtle and intuitive positioning of material, challenging the perception of what may be hard or soft: da Cunha lures the subtext of sensation to the foreground in a humorous undoing of conventional meaning.

The works in Arena possess harmony in their hybridity, and are testament to da Cunha’s continued desire to edit form without diminishing meaning. The exposure and endurance of his handling of material generates a more sympathetic reading of the readymade, one that warms to the lived reality of objects and the communities or individuals who used them.

Jenni Lomax was the Director of Camden Art Centre, London, from 1990 to 2017, where she established an influential and forward-thinking programme of international exhibitions, residencies and education projects. Previously, she established and ran the Whitechapel Gallery’s pioneering Community Education Programme. She is currently working independently on a range of curatorial, writing and archival projects whilst also acting in an advisory capacity for a number of charitable arts organisations and grant giving foundations.

Major outdoor sculptures by da Cunha are on permanent view at the Laumeier Sculpture Park in St. Louis, MI; the Monsoon Building in London; the Rochaverá Tower in São Paulo; and at The Pierce Tower in Boston, MA.