Using the idea of apparent conflict in urban architecture, the Cuban artist Alexandre Arrechea creates works that enact contrasts between order and chaos, uniting opposites in a combination of colors and geometric silhouettes. The result of these experiments between paradoxes can be seen by the public of Rio de Janeiro at Galeria Nara Roesler, located in Ipanema. 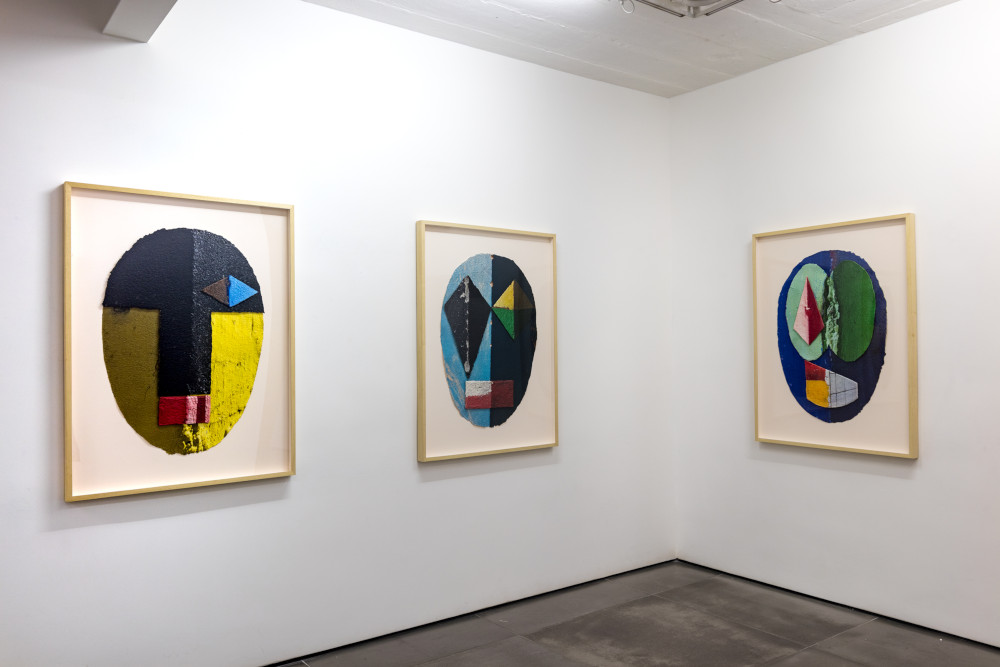 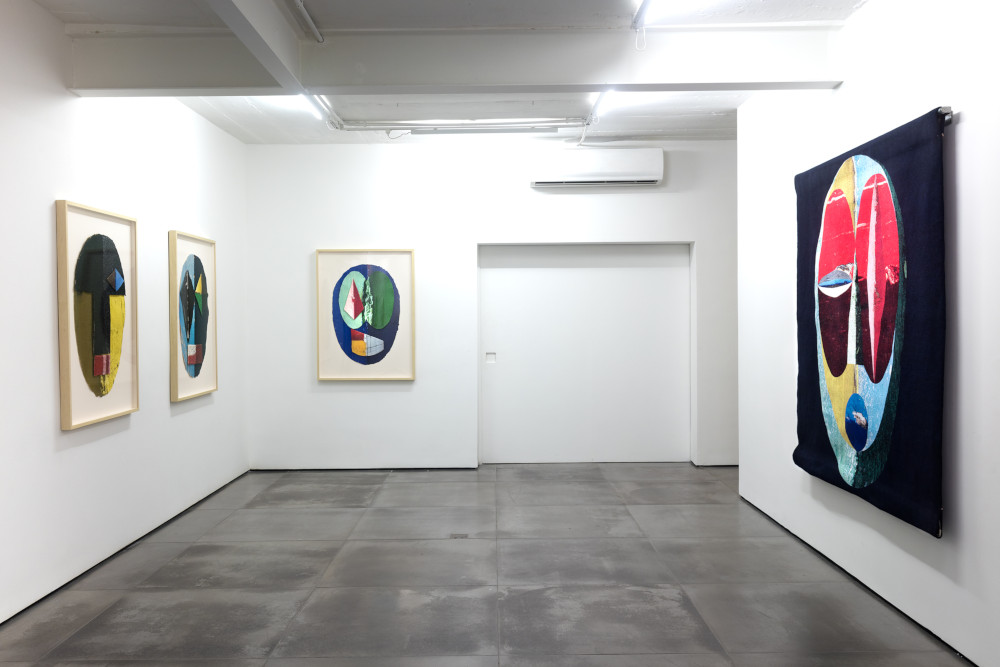 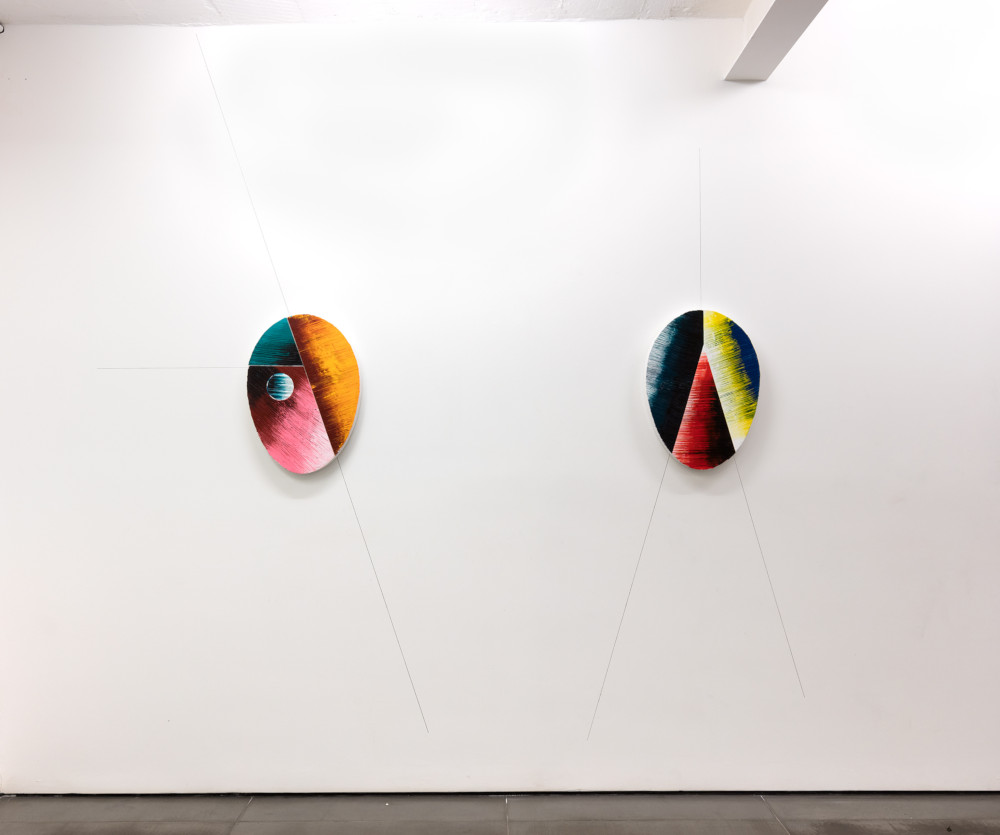 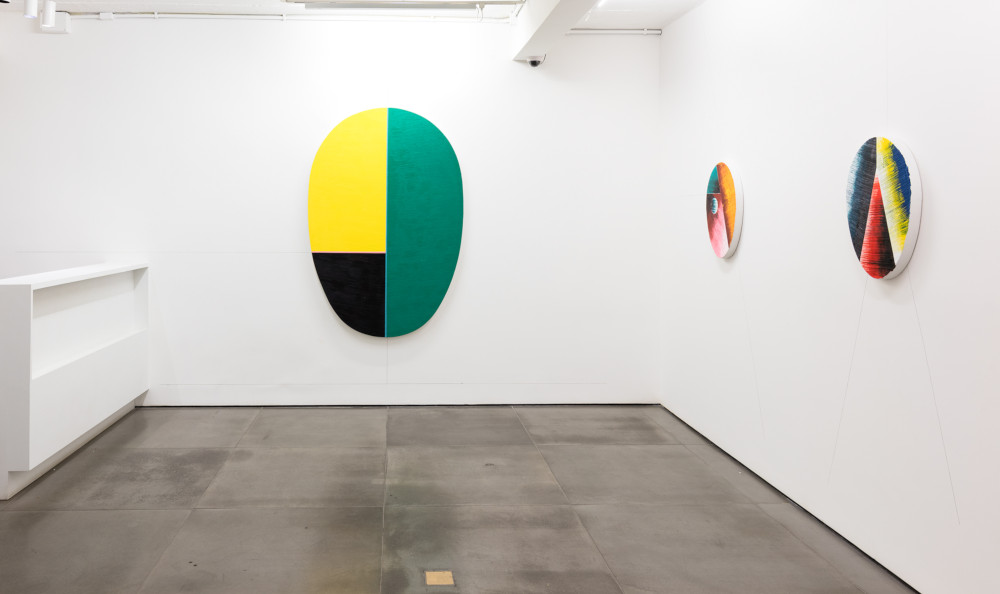 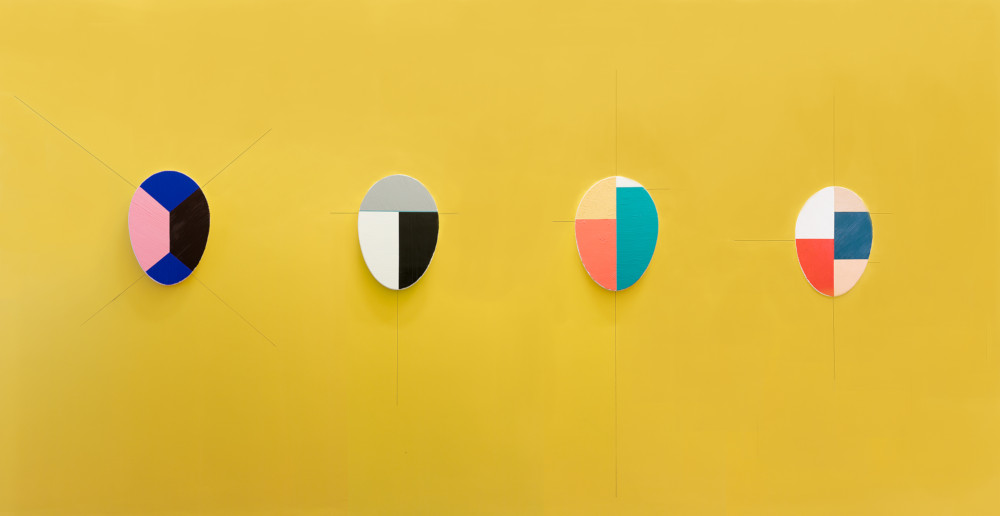 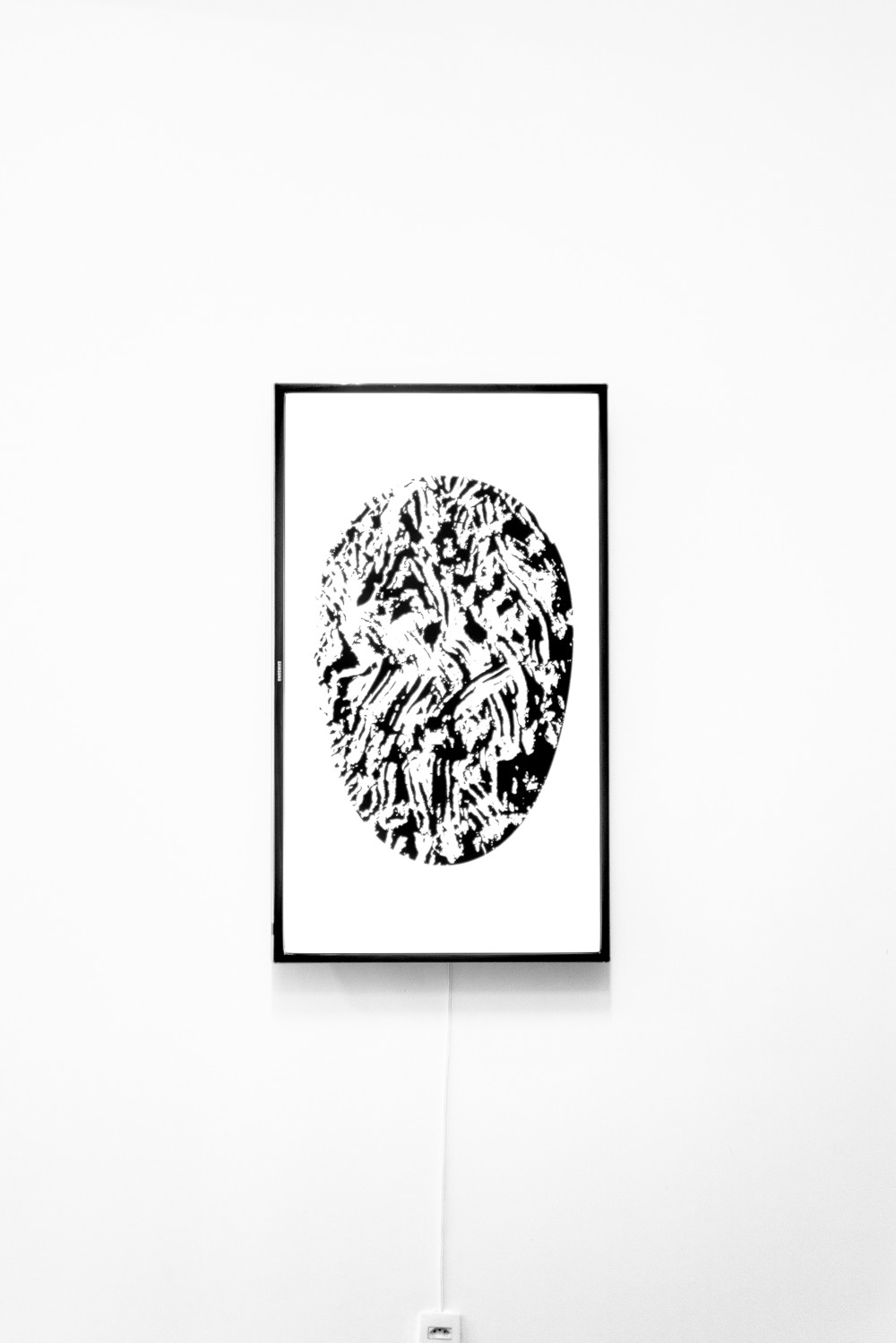 “The idea of conflict comes from how two different (adjacent) views coincide, which allows me to speculate on the creation of a face where the conflict is staged. In my desire to dissect the architecture, this is a twist of the works I did in the Corners series (shown between February and April in New York),” Arrechea explains.

Whoever visits the exhibition can see how these works from Arrechea dialogue with masks made by old masters like Picasso, causing them to be re-examined, giving a face to the anonymous landscapes. Superfícies em conflito gives nine examples of this work.

Masks made from urban facades
Since 2015, the artist has been working with masks, a symbolic object that assumes anthropomorphic qualities and that appears in paintings, tapestries and video projection built from the shapes and colors of the facades of the city. In Superfícies em conflito, Arrechea creates masks linking different environments and socio-economic realities into oval frames that resemble abstract faces and bring in a bit of each neighborhood in itself.

The elements of this urban landscape were originally taken from the streets of downtown Havana and Vedado, Cuba, gaining density with the textures of the walls, the passage of time and the latent human footprint in each fragment used in the construction of the masks. “Each corner represents a cut or split on the built surface, a change in perspective, an axis of encounters. The three-dimensional view of these spaces gives way to the two-dimensional image that often works as an imprecise reflection of one side of the work in comparison to the other,” explains Cuban cultural producer Rodolfo de Athayde, who signs the critical essay of the exhibition.

Subjective language and solo career
Alexandre Arrechea was a founding member of the Cuban artistic collective Los Carpinteros and has already had individual shows at institutions such as Museo Nacional de Bellas Artes in Havana; PS1 Contemporary Art Center in New York; Los Angeles County Museum of Art (LACMA) in Los Angeles; and New Museum in New York. For more than a decade, Arrechea has exercised a distancing from that “redefined useful object”, which is associated with the collective work with Los Carpinteros in his solo career, where works appear that mark the starting point for a more subjective language that leads to visuality and more abstract concepts.

Alexandre Arrechea (b. 1970, Trinidad, Cuba) debates through the use of watercolors, sculptures and installations, usually on a large scale, issues such as history, memory, politics and power relations present in the urban space, dialoguing directly with architecture. He stood out in the international artistic scene as one of the founding members of the Cuban collective Los Carpinteros, of which he was part of between 1991 and 2003. Following a solo career since 2003, Arrechea is widely recognized by NOLIMITS (2013), a monumental project composed of ten sculptures inspired by buildings very representative of New York City, presented along Park Avenue, and Katrina Chairs (2016), presented at Coachella Music Festival, Palm Springs, CA, USA. His most recent series of works consists of tapestries, works on paper and paintings composed from photomontages elaborated with details of significant buildings in Havana, forming compositions that refer to African masks.