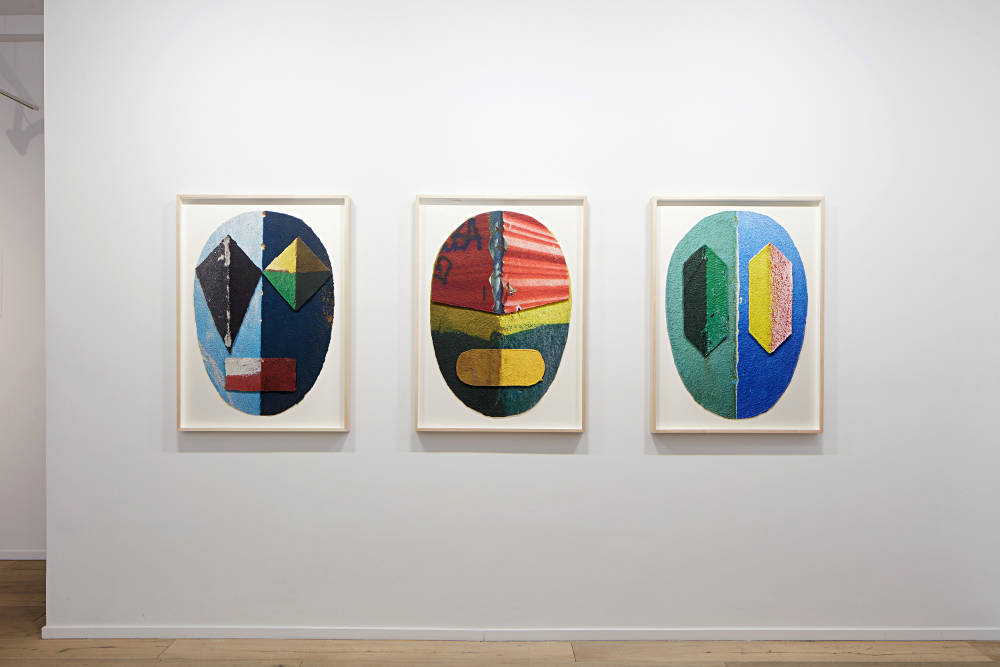 Comprising works on paper, board and tapestry, it continues the artist’s eponymous series, which he says “was born of a desire to create a visual likeness of Havana”. In carefully constructed photo-collages of the city’s facades, Arrechea creates images that refer to representations of faces, especially those in tribal masks. This will be the artist’s second solo with the Gallery and first at its New York location.

Arrechea’s work employs visual metaphors for social themes of inequality, cultural disenfranchisement, and the disputed position of art in a global, media-driven society. As Lowery Stokes Sims observes, he has “consistently used architectural forms and motifs to convey emotional and political states”. Like many artists of his generation, he manipulates symbols and materials in an ambivalent manner, causing the viewer to walk away without a specific point of view about the work. In Corners Arrechea seeks a “merging between excluding worlds” creating collages made from a group of photographs of the corners of Havana buildings; known gathering places in the urban fabric. In some instances, the corners of anonymous places are layered on top of those with a deep historic resonance. Superimposing one image over the other, taking symmetry, proportion, textures, light and shadows into account; the various building fragments are re-ordered into a new co-existence and identity.

Remarking on the series, Arrechea sates: “Each portrait becomes a form of ‘social engineering.’ The corners of schools, theaters, gas stations, markets, and police stations are forced into obedience of new loyalties. There are corners that talk, corners that observe, ones that listen, laugh, and remain silent. With the passage of time and maturity these portraits have become complicated to the point where they are maps that mock the order of existence and give way to new assumptions. Each portrait is a celebration of the singularity of the corner and its symbolic potential, where color and diverse surface finishes are the primary protagonists.”

Courtesy of the artist and Galeria Nara Roesler