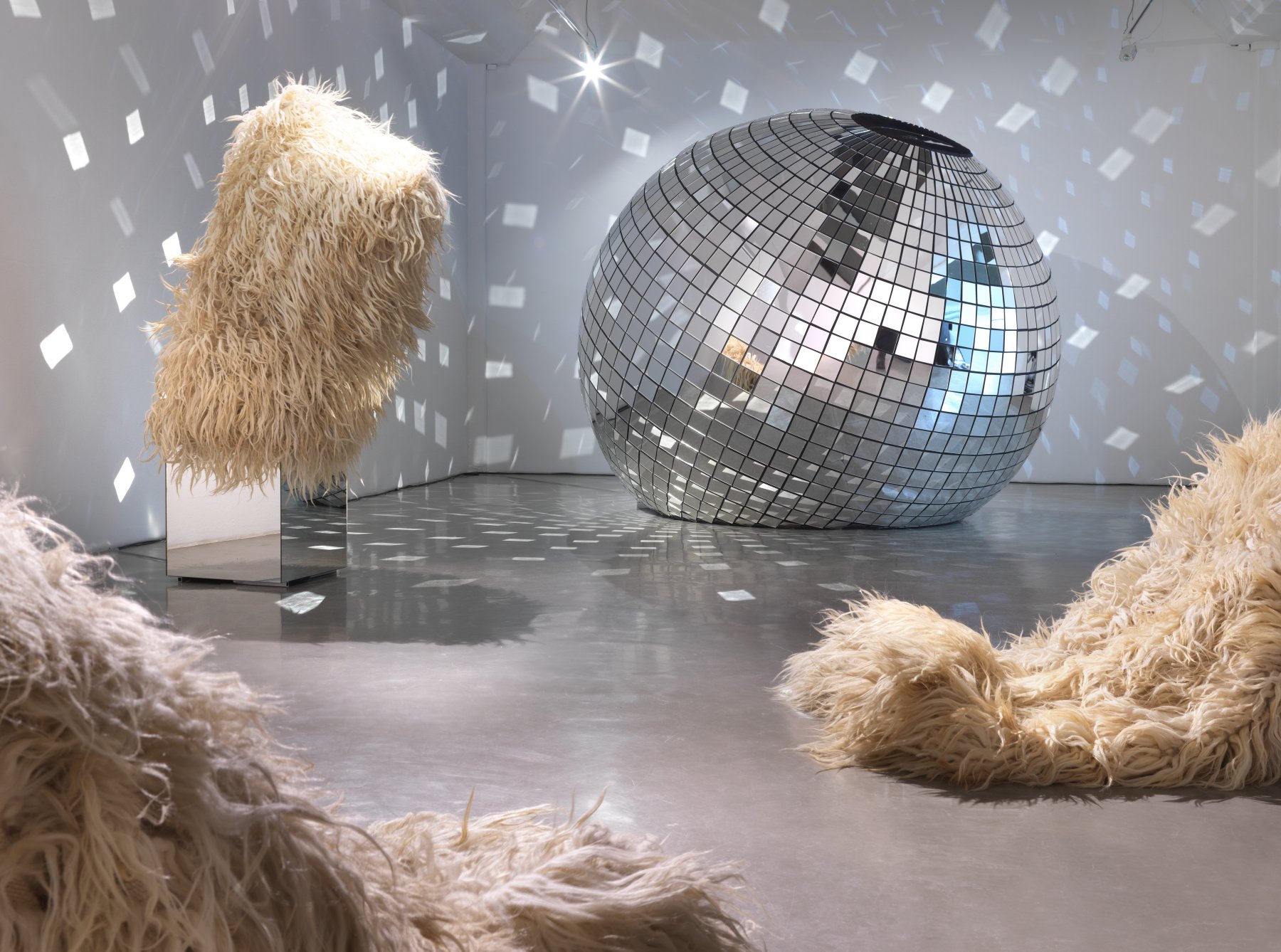 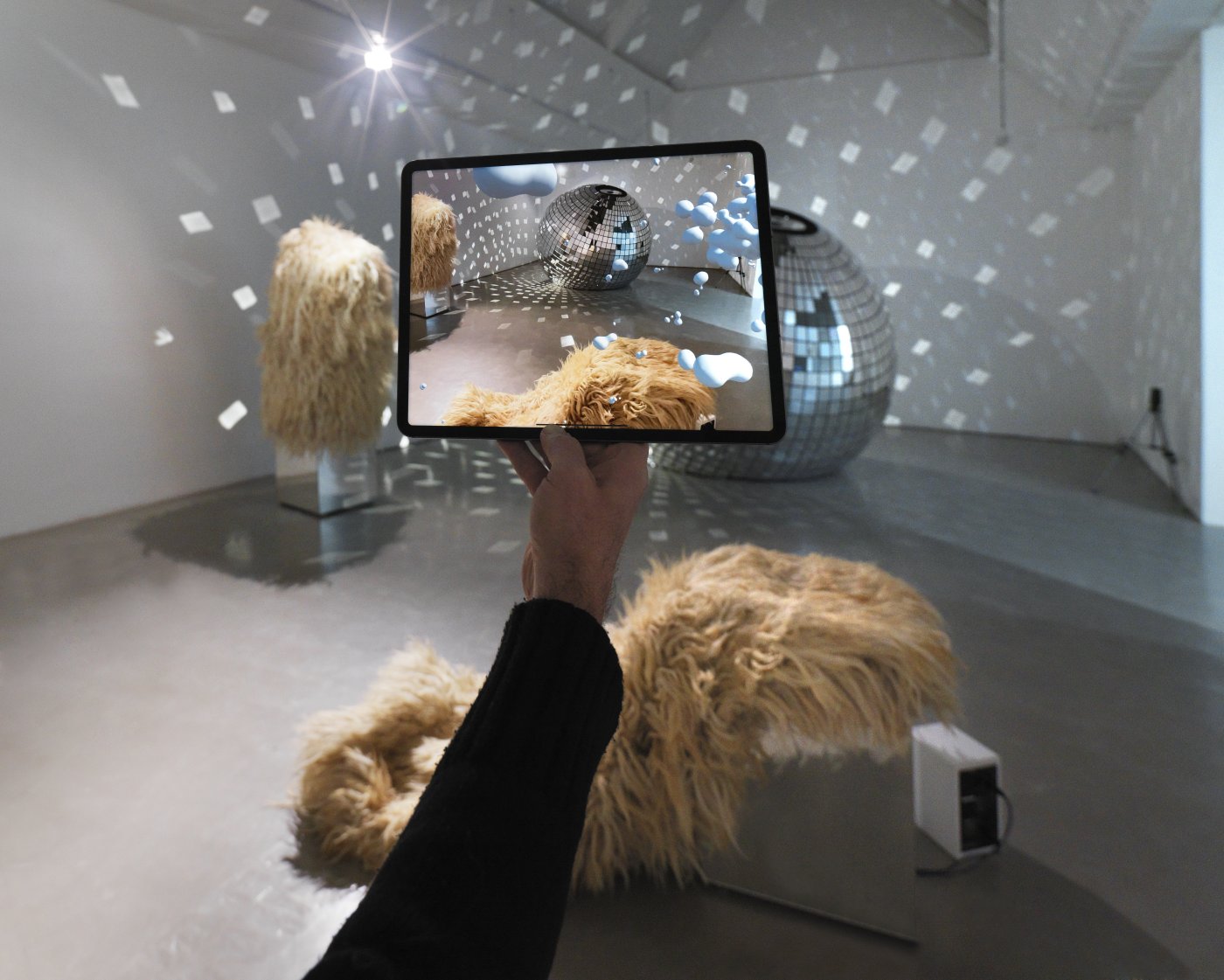 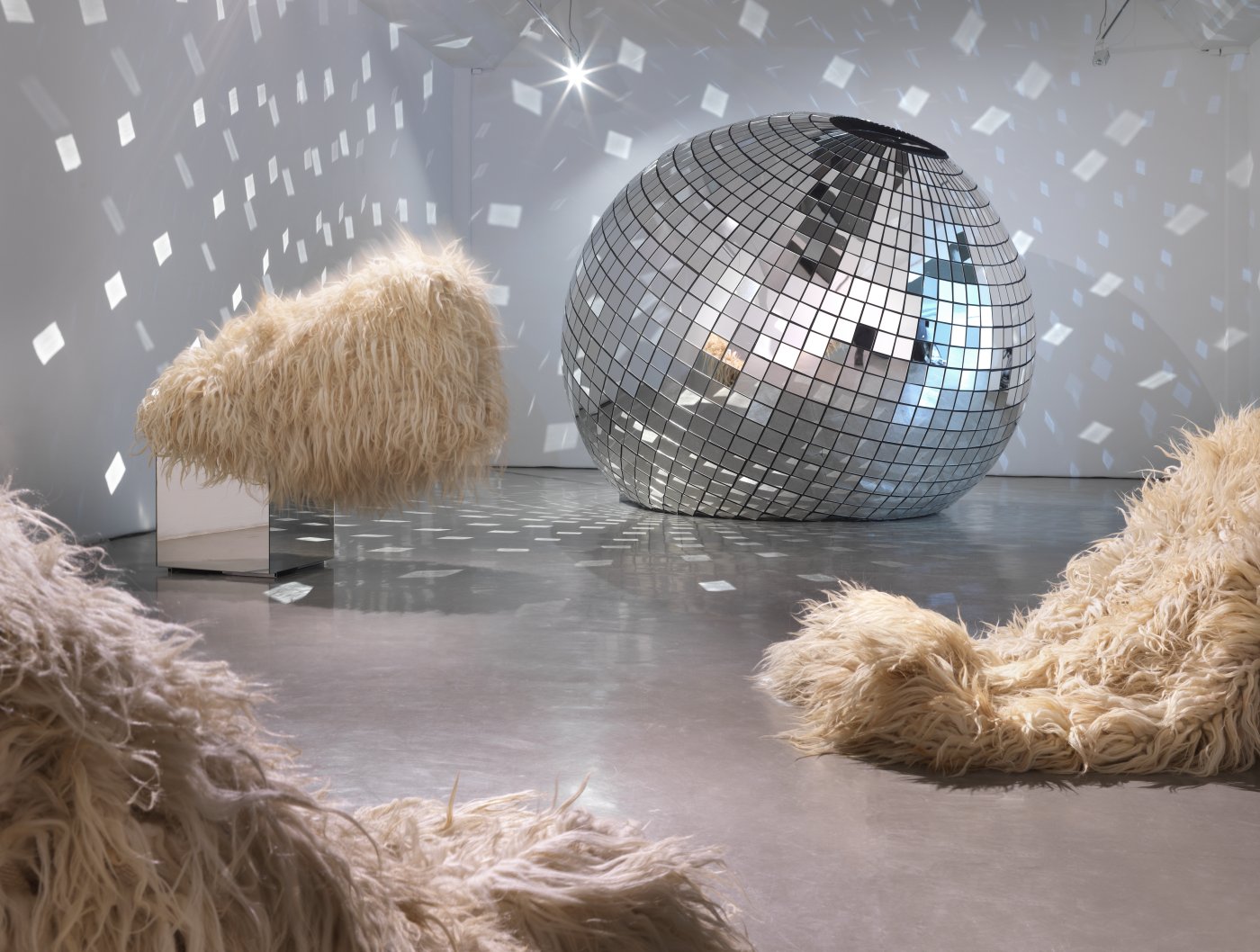 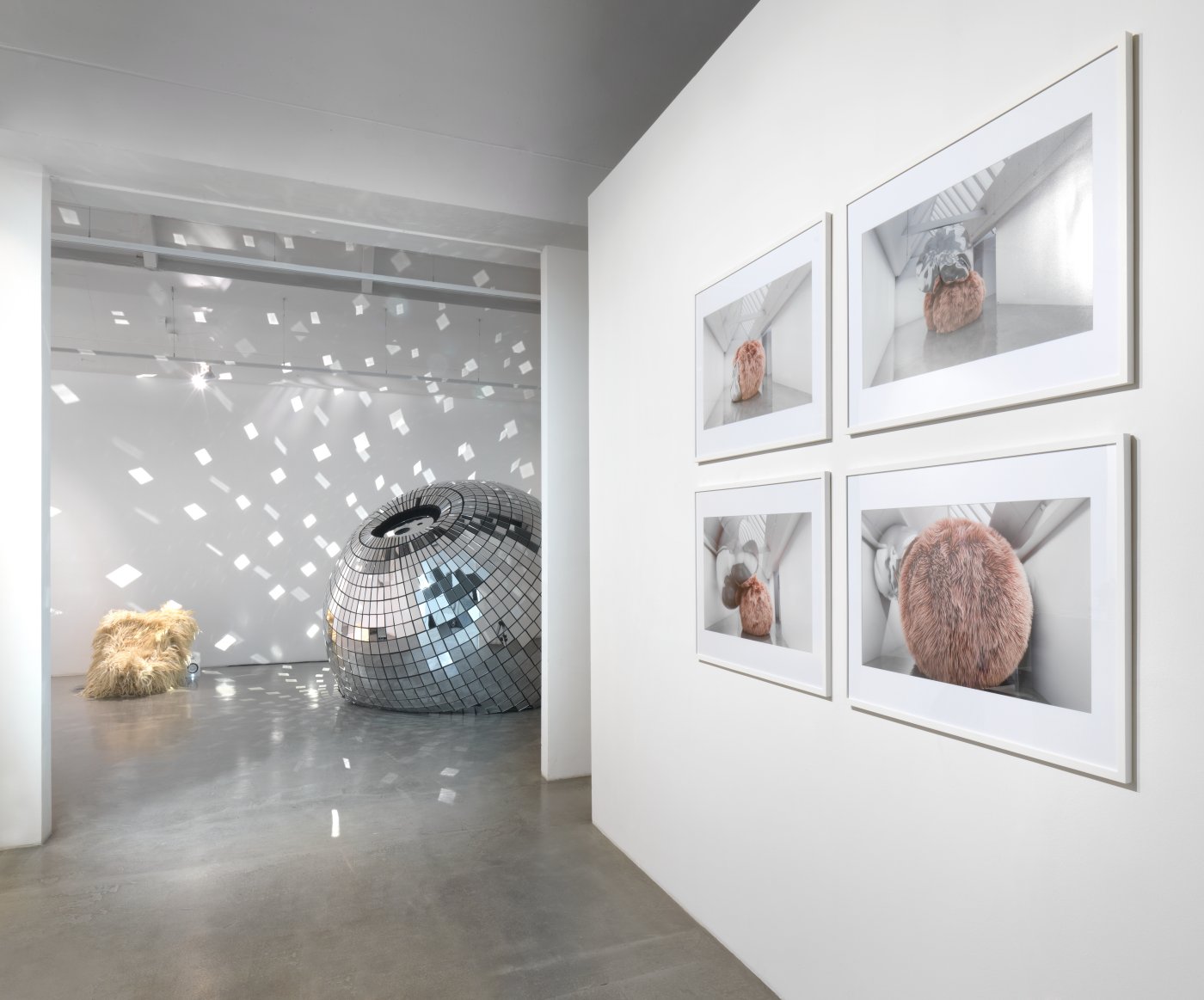 Describing the experience of this inflatable installation as an effervescent cocktail of mirror, fur and milk, Schweder hints that a taste for his work is not acquired in polite society. Swelling and sagging, animated by the fill and empty of air, Schweder’s installation pursues his recent discovery that the inflatable architecture he has made for over a decade can be newly approached as sound producing instruments. Opening this possibility wider, Schweder has commissioned an eclectic group of sound artists to form an unlikely ensemble.

The Third Thing follows two breathtaking online exhibitions at the platform NewViewings whereby the digital renderings were inspirational for these analogue realisations in the physical gallery space. The exhibition explores the galleries ongoing interest in merging the digital and the analogue realm of artistic expression.

Berlin’s Frank Bretschneider, internationally revered by the electronic music community, scores the rhythm of an augmented throbbing cluster of milk that is heard in one dimension but seen in another. Composer Geneva Skeen, a rising artist from Pittsburg, directs the dainty soprano unexpectedly emanating from a chorus of disheveled furs. The silky rasp of a vocalist’s voice speaking the third work’s title is muffled and released as a giant mirror swallows then regurgitates the speaker from which it comes.

The Third Thing was made possible with a prestigious grant from The Pollock-Krasner Foundation awarded to Schweder in recognition of the exceptional quality of his artistic activities.