Alex Prager: Part One: The Mountain

Alex Prager: Part One: The Mountain

Lehmann Maupin London presents Part One: The Mountain, an exhibition of new work by artist Alex Prager. Both a photographer and filmmaker, Prager is known for her elaborately staged scenes that capture a moment frozen in time, inviting the viewer to “complete the story” and speculate about its narrative context. 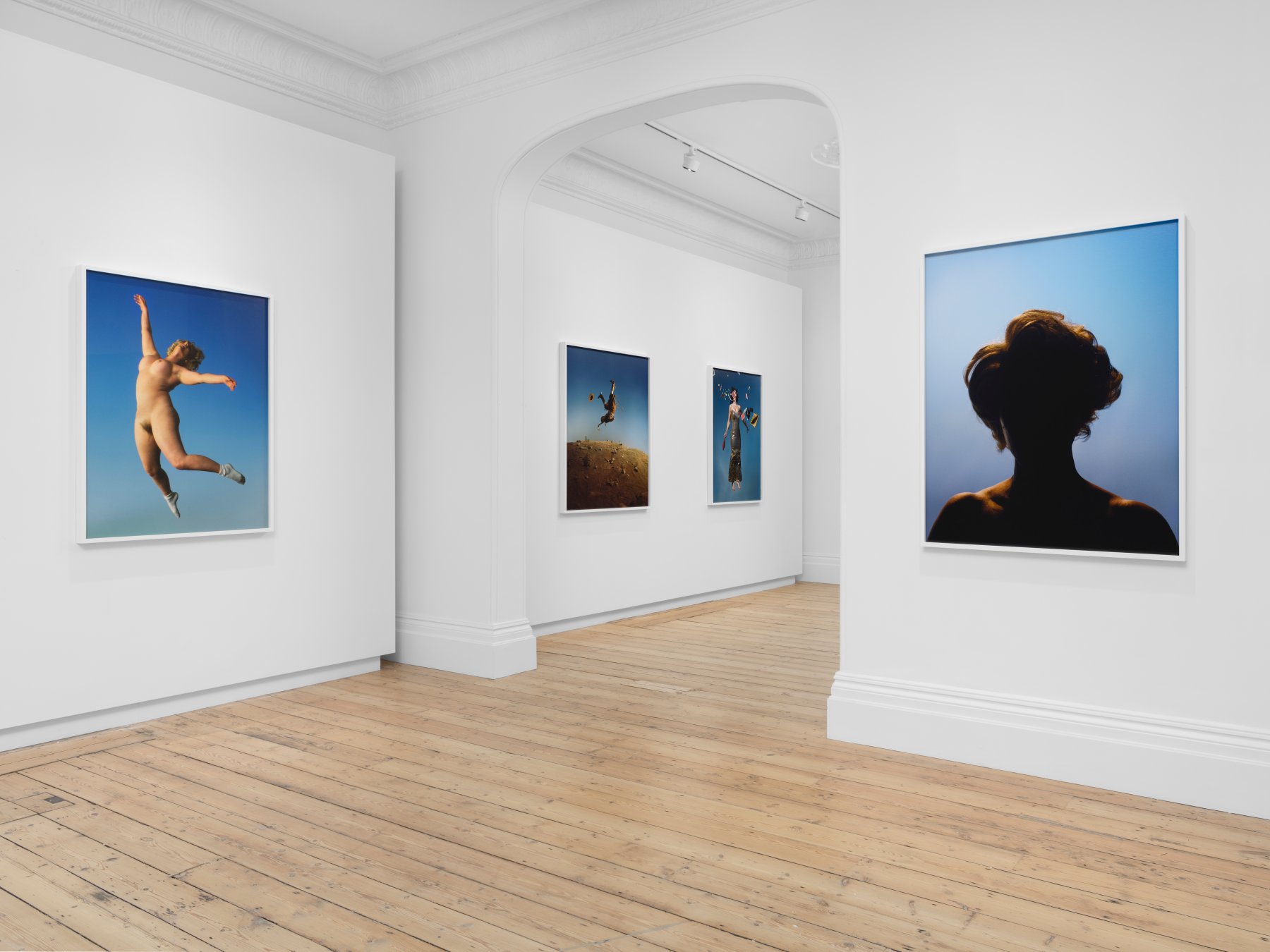 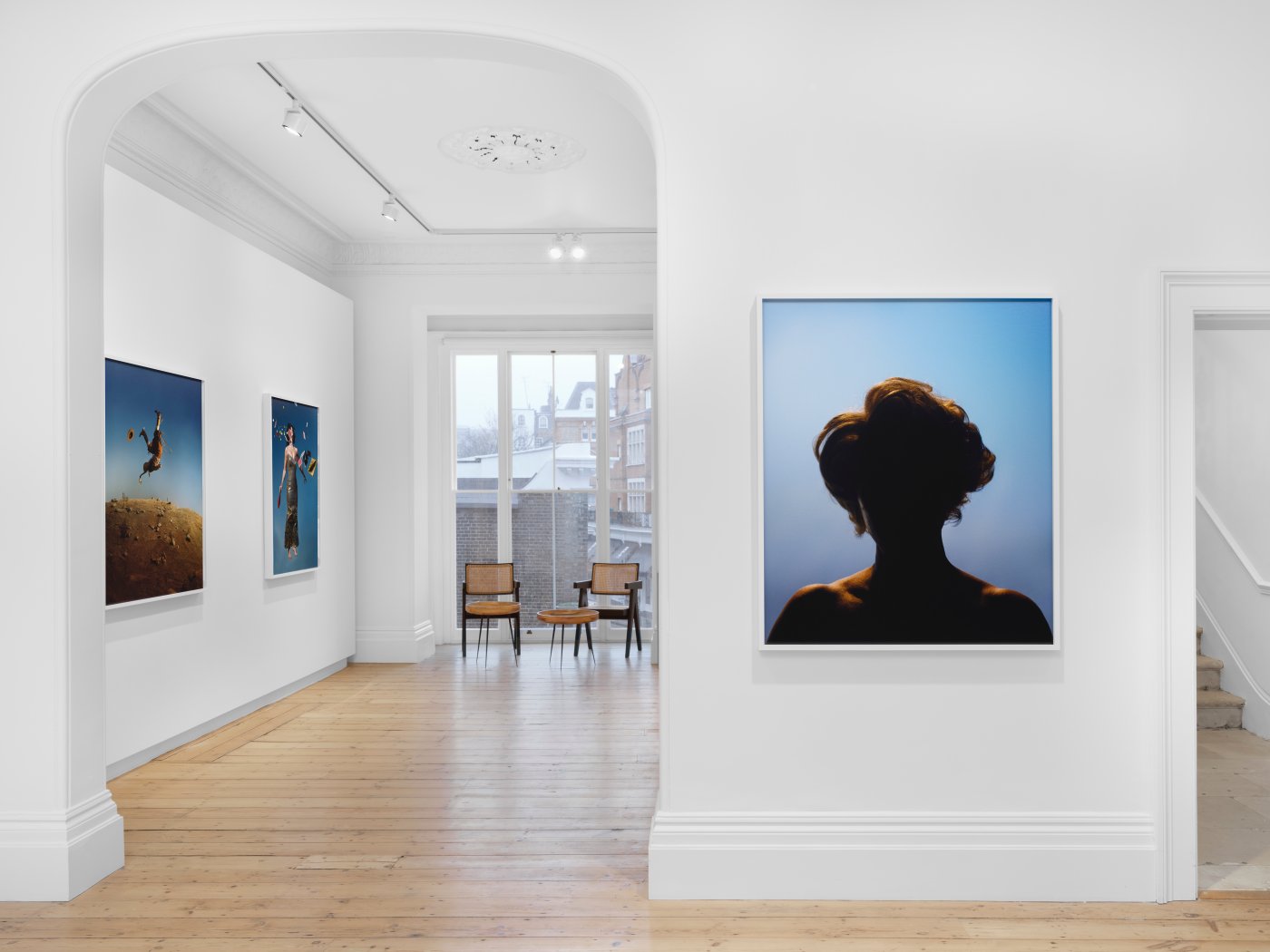 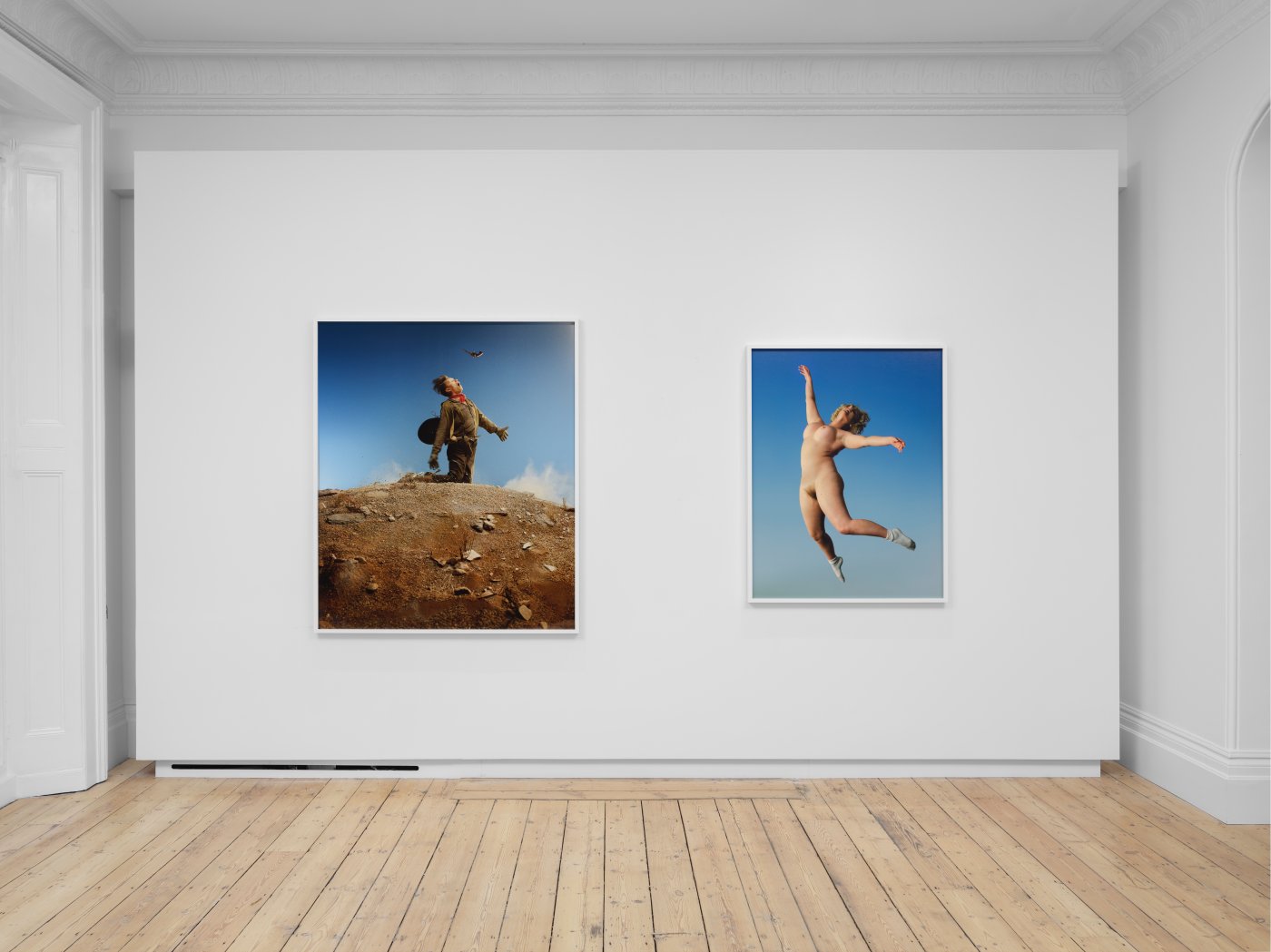 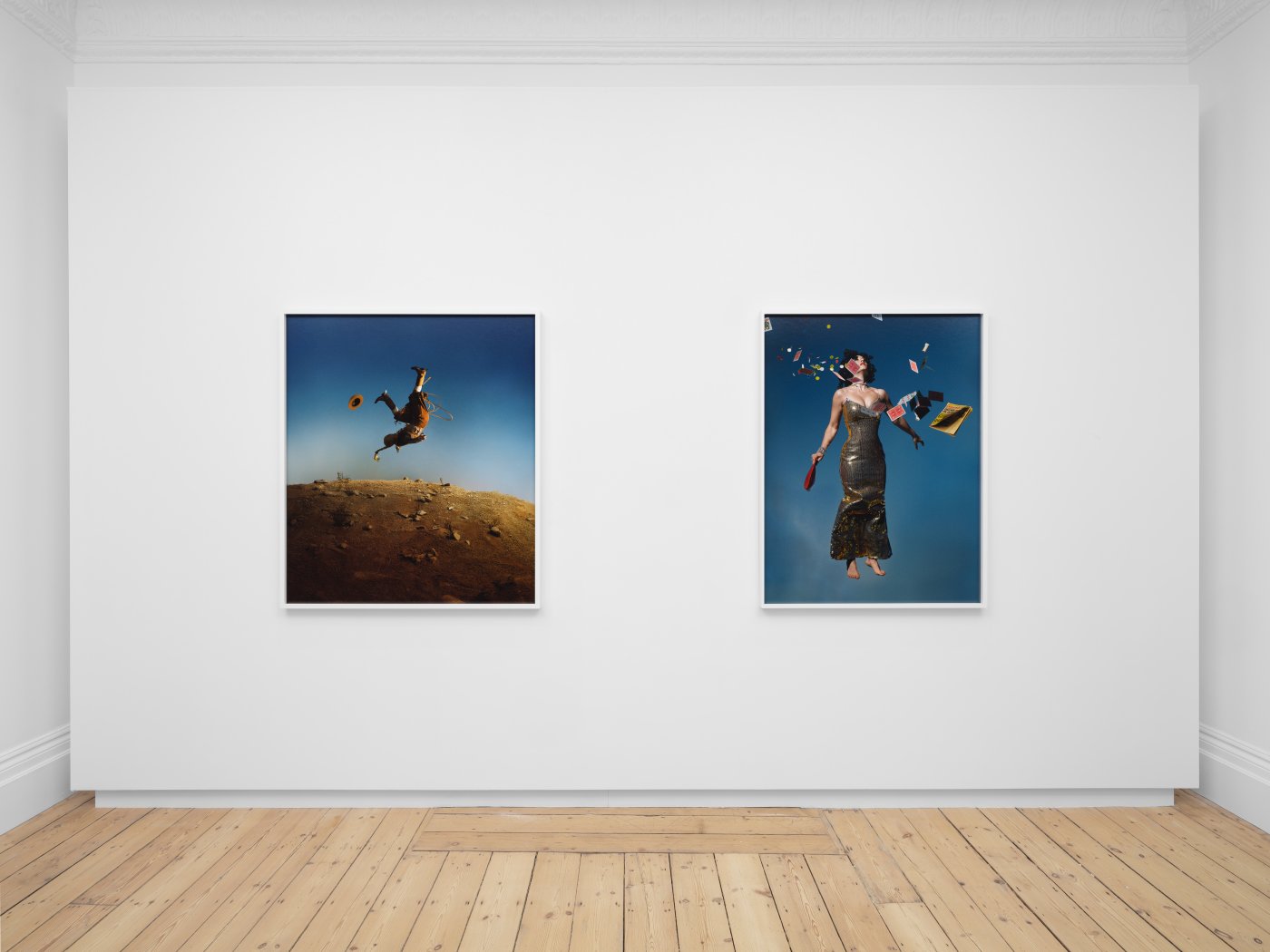 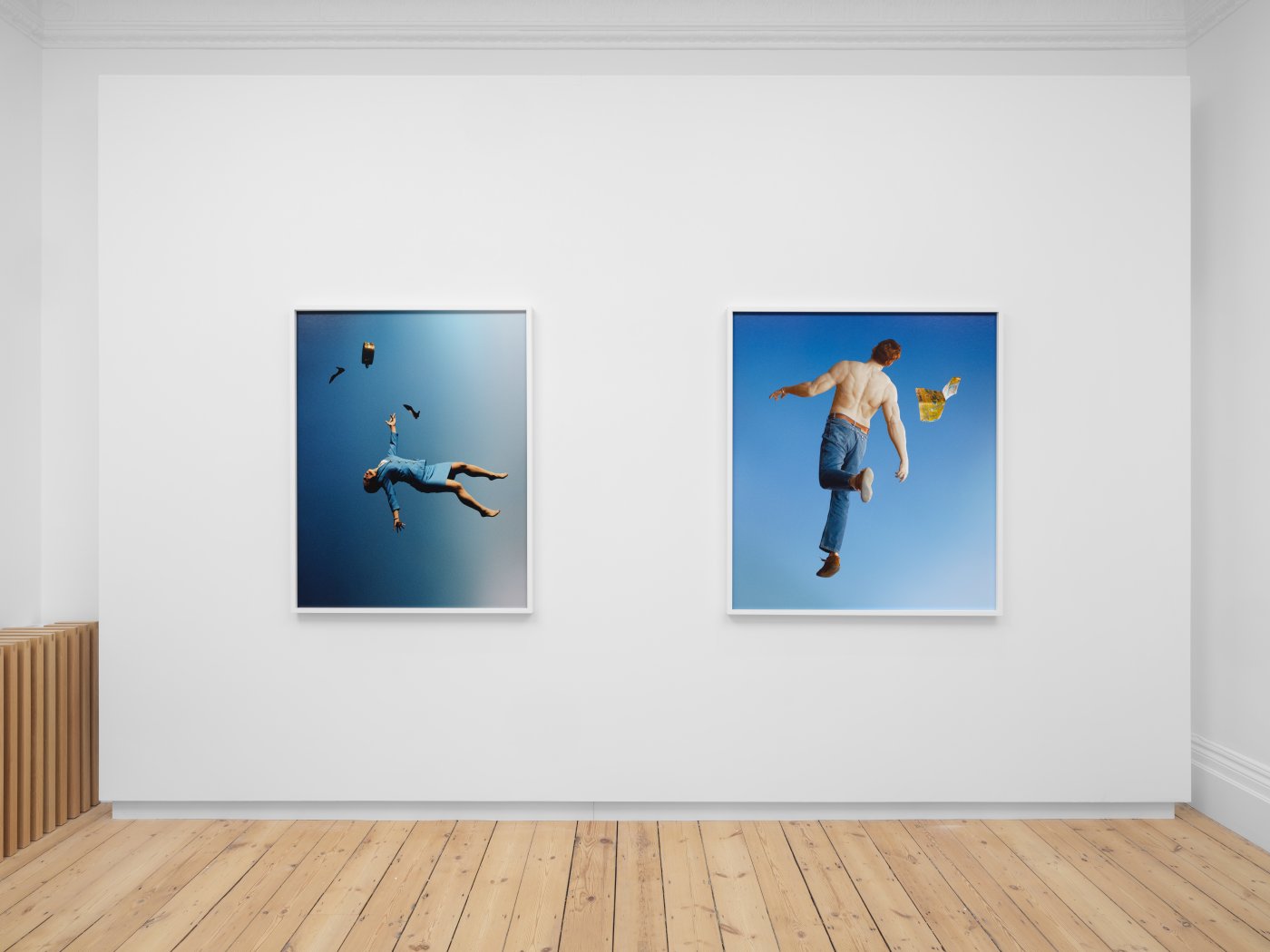 Prager cultivates an uncanny, dreamlike mood throughout her oeuvre—an effect heightened by her use of timeless costuming and richly saturated colors that recall technicolor films, as well as the mysterious or inexplicable happenings she often depicts. Her meticulously crafted photographs are filled with hyperreal details, from signatures on the cast of a high school football player or bandage on the nose of a woman running in terror, to the face in the reflection of a handheld mirror or figure revealed to be a cardboard cutout, firmly locating Prager’s images in the real world and belying the sense of the surreal that often pervades her work.

Although Prager’s immersive, large-scale photographs of crowds are among her best-known work the artist’s newest series evinces a return to portraiture, a genre she first explored early in her practice. Rendered on a smaller, more intimate scale that draws the viewer in, Part One: The Mountain features a series of stripped-down Americana portraits that capture the artist’s subjects in the midst of intense inner turmoil. The inspiration for The Mountain arose from Prager’s deep desire to examine the myriad emotional states we have all experienced during one of the greatest collective upheavals in modern society. Conceived as psychological portraits, these images visualize a private moment that is understood universally.

Prager’s subjects in Part One: The Mountain can be seen as archetypes, an update of sorts to those found in ancient Greek mythology. The series includes Prager’s quintessential characters, placed in a world that teeters between the fabricated and the familiar. In High Noon a traditionally styled cowboy is seen falling to his knees in a scrubby, lifeless landscape, his revolver flying out of his hand towards the sky. The look on his face is difficult to decipher, and it is unclear whether his expression is one of despair and anguish or joy and release. In either case, his internal state has boiled over, manifesting in physical convulsions with his head thrown back and hat sailing towards the ground. Another image in the series, Dawn, features a contemporary female cherub, dressed only in white socks and earrings. The cherub’s arms and legs are outstretched, and she appears to be flying through the sky, but again the viewer cannot determine whether she is ascending in a state of elation or falling harshly back to earth. Each image in the series occupies similarly ambiguous territory, leaving space for the viewer to interpret each scene and draw their own conclusions about its narrative.

The title of the exhibition, Part One: The Mountain, is highly symbolic, with the idea of the mountain referenced throughout literature, religion, and psychology as a place where personal revelations, or reckonings, can occur. If the idea of summiting a peak has historically suggested a spiritual pilgrimage or intense physical challenge, it should be remembered that traversing mountainous terrain has often symbolized overcoming obstacles or making hard won progress. If we have found ourselves metaphorically on the mountain over the course of the past two years, Prager’s newest body of work prompts us to imagine what the world will look like when we finally come back down.

The silence of death and the mayhem of ecstasy. This archetypal dynamic is embodied in Dionysus, the god of wine. His Maenads (his female devotees), danced in the mountains with their backs bent to the sky in orgiastic revelry. Yet they were also savage.

Whether it be in death or ecstasy, time and ego are paralyzed–frozen in the moment of total release. Or as Nietzsche wrote, “Oh deathly quiet pandemonium!” Prager captures a soaring woman in wide-eyed rapture while a cowboy dies in agony. Vitality indistinct from terror. But through either experience, a catharsis to witness. And in witnessing, a participation, a knowledge of being able to go there–if only one day.