Alex Hubbard: In the Near Field

Alex Hubbard: In the Near Field 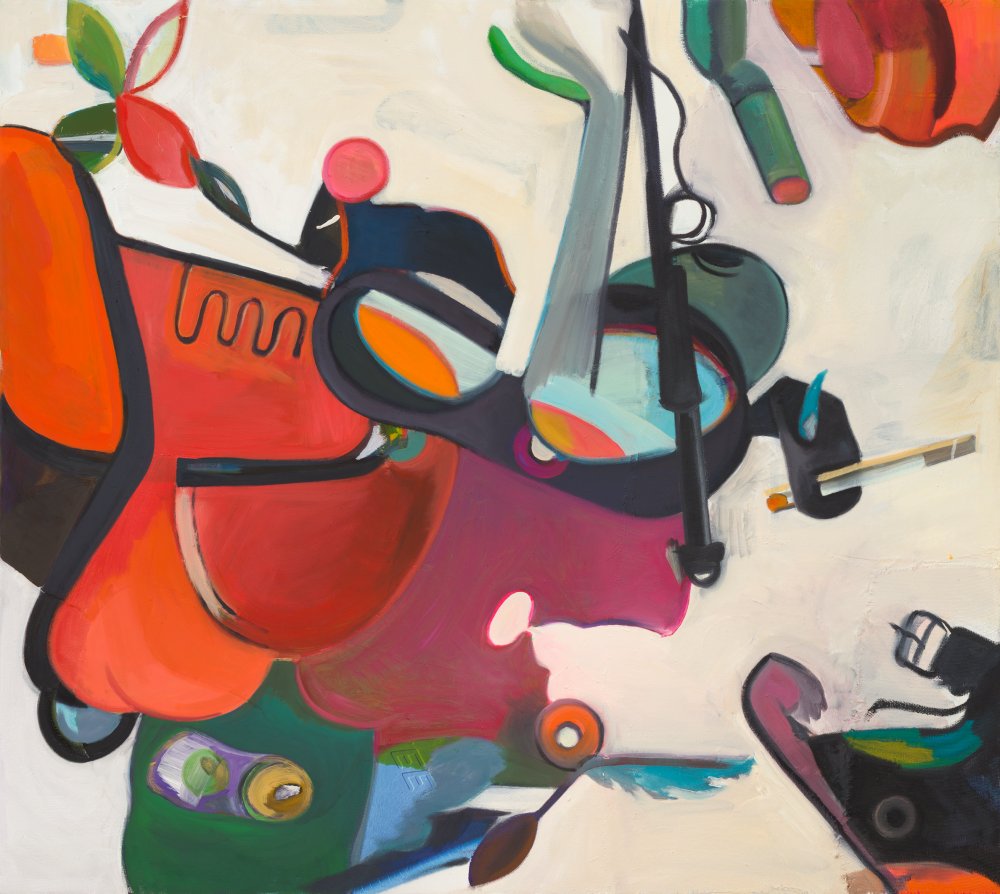 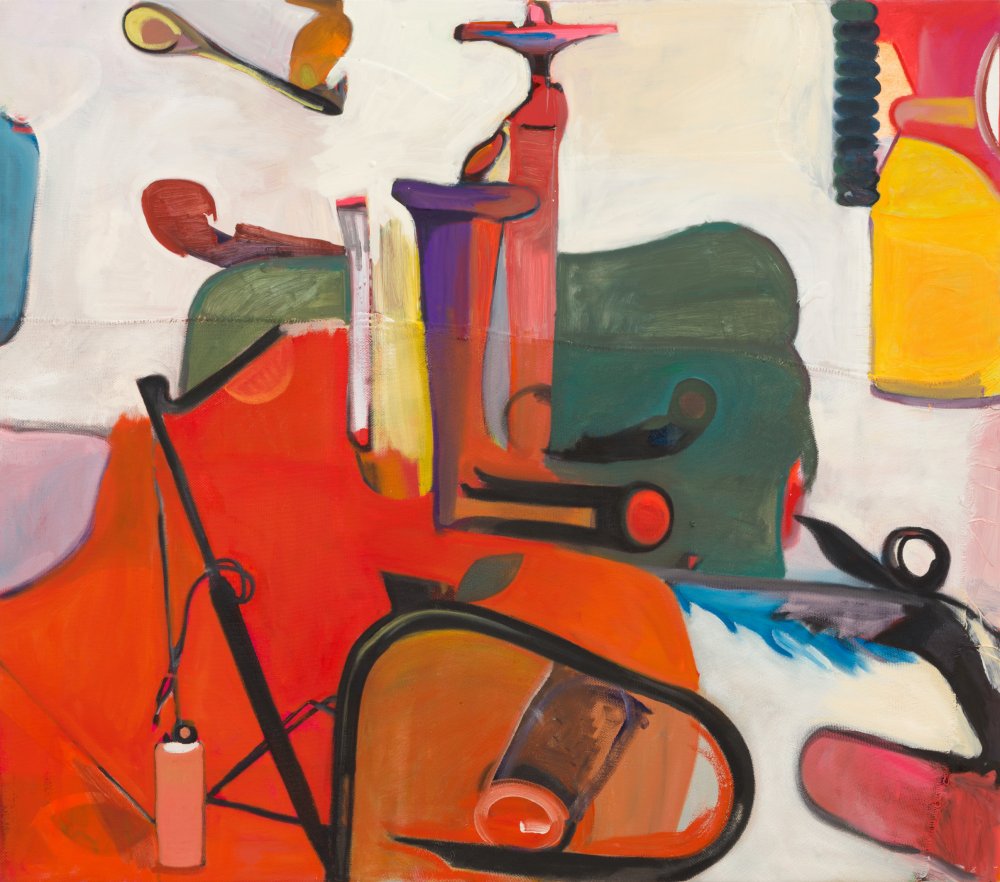 Alex Hubbard
Life of the Party Until You Die, 2021 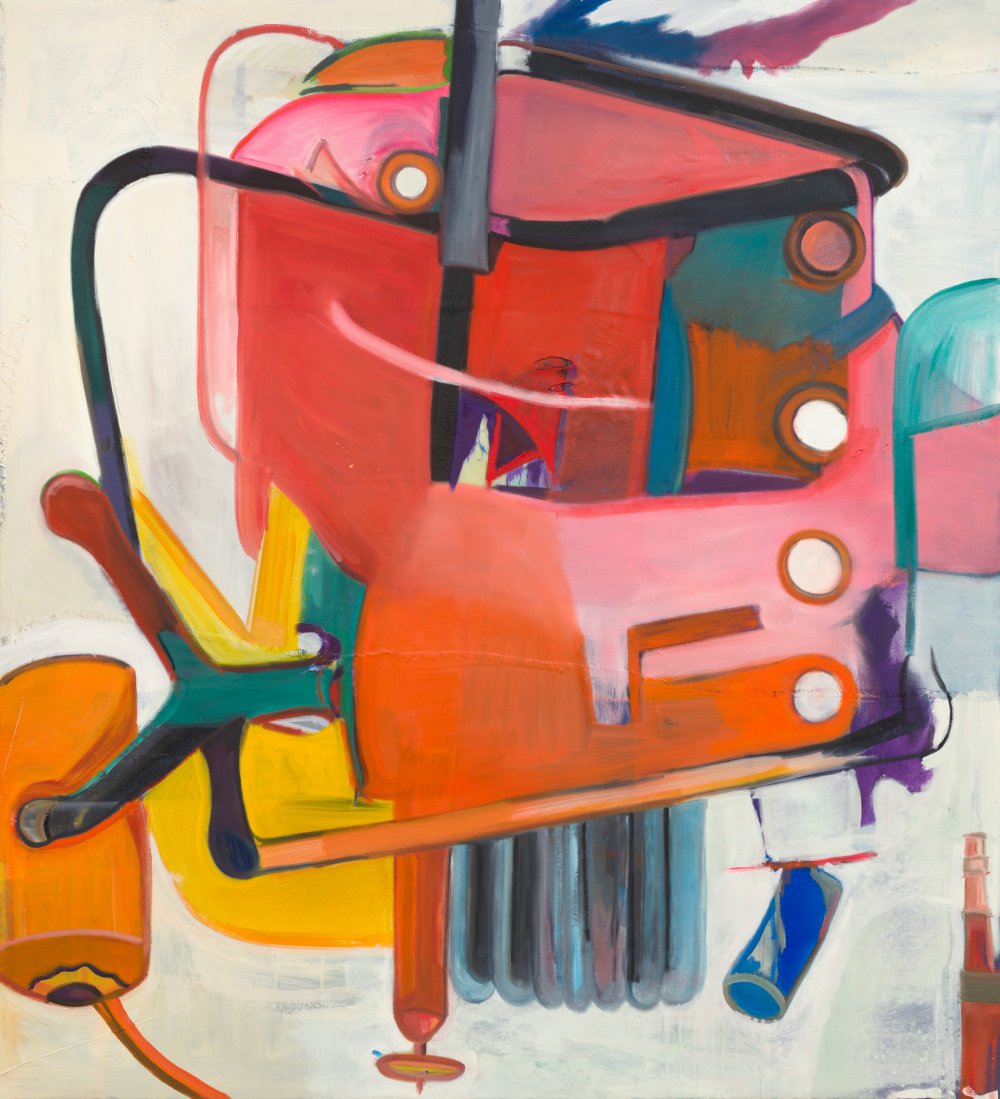 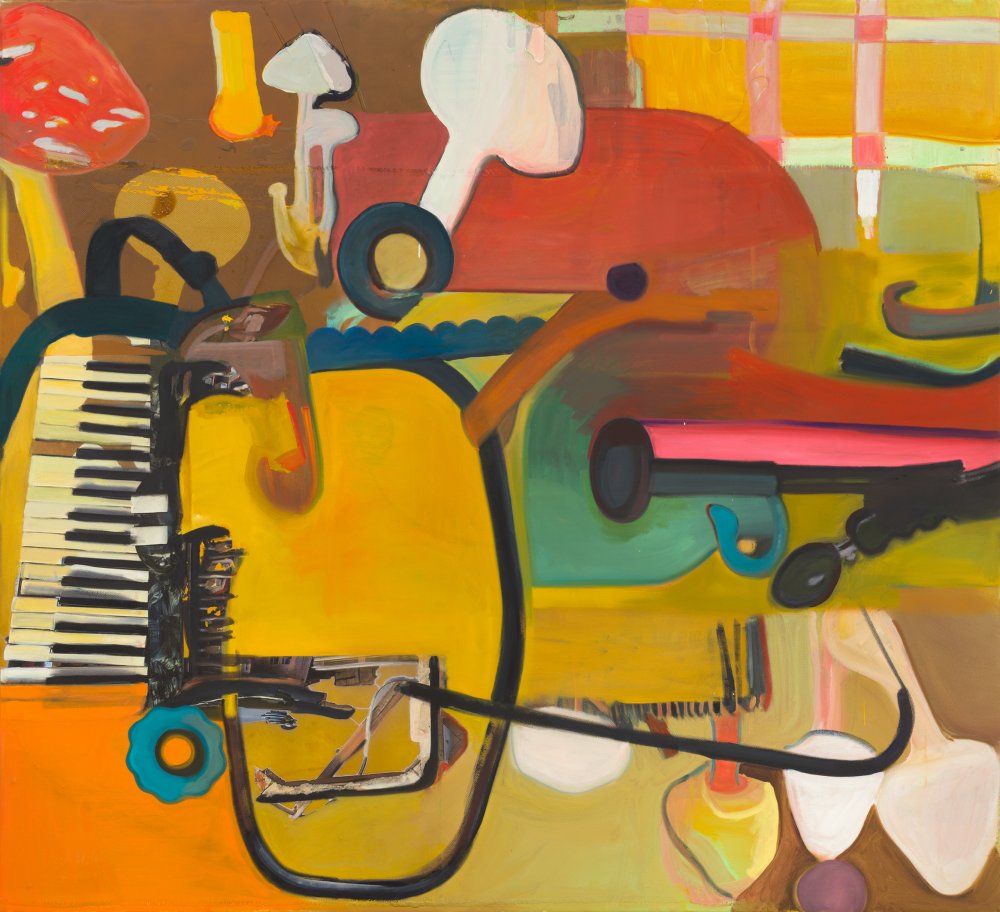 Alex Hubbard
How Many Doses of Too Much , 2021 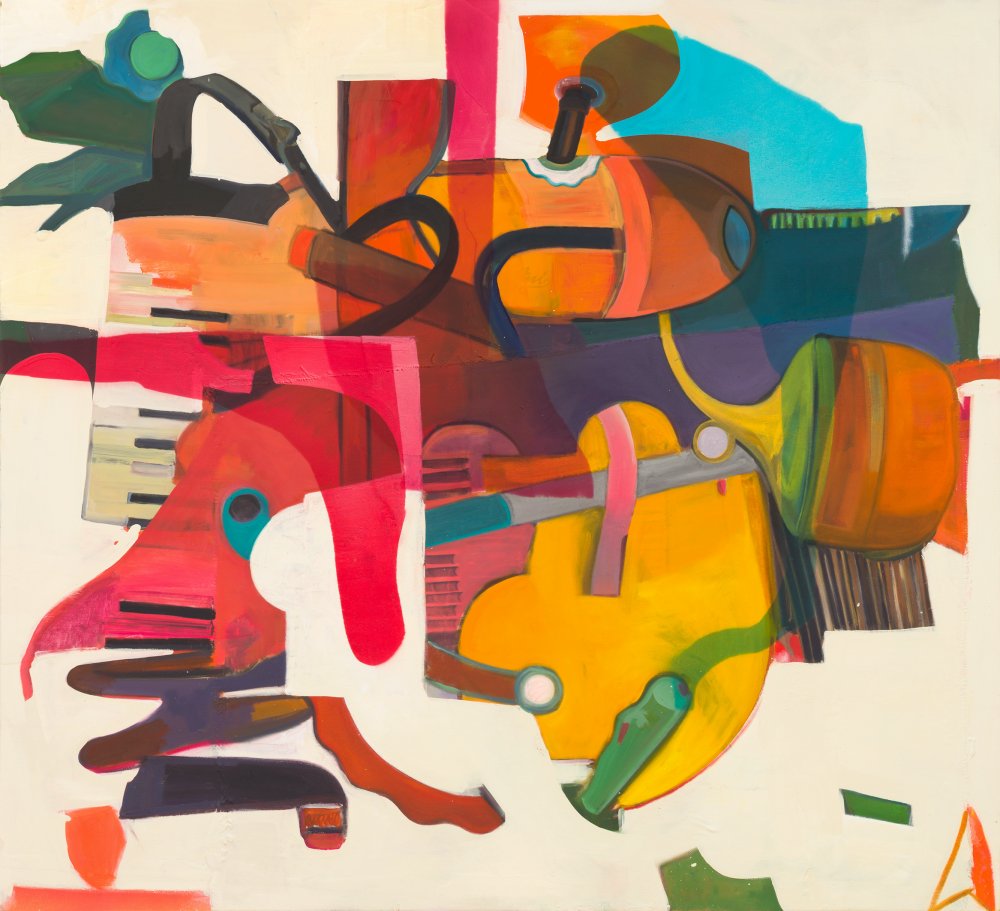 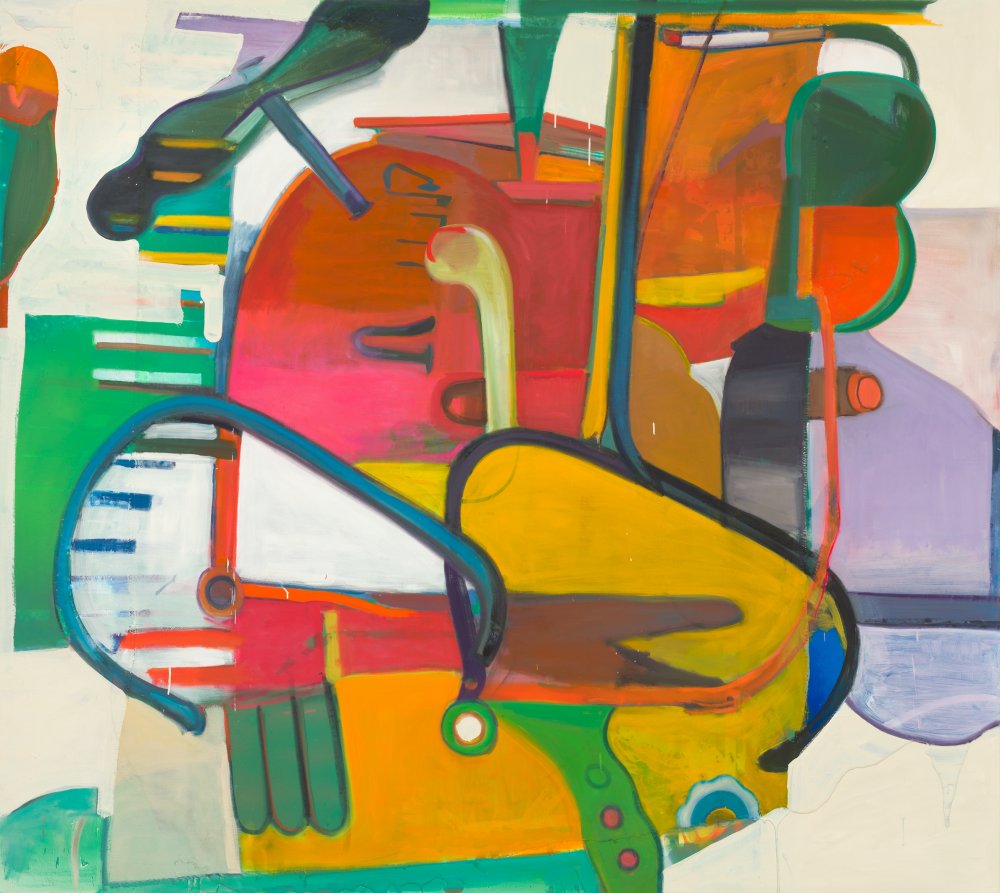 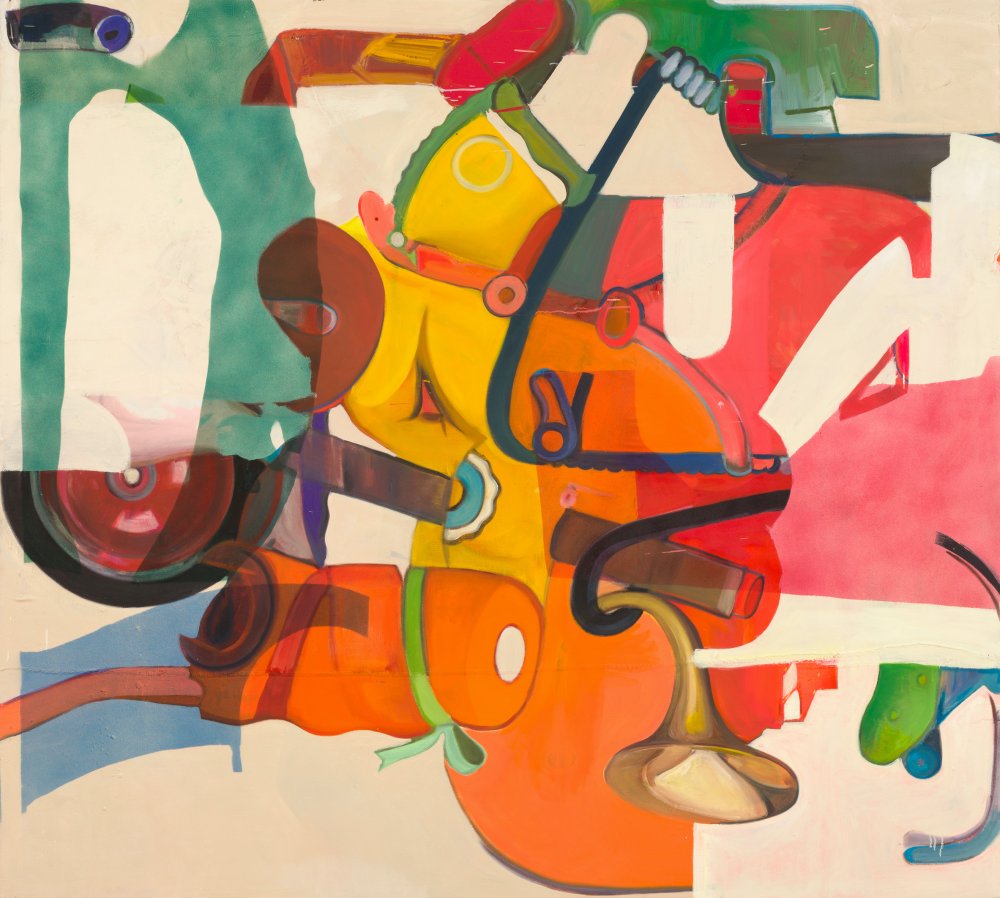 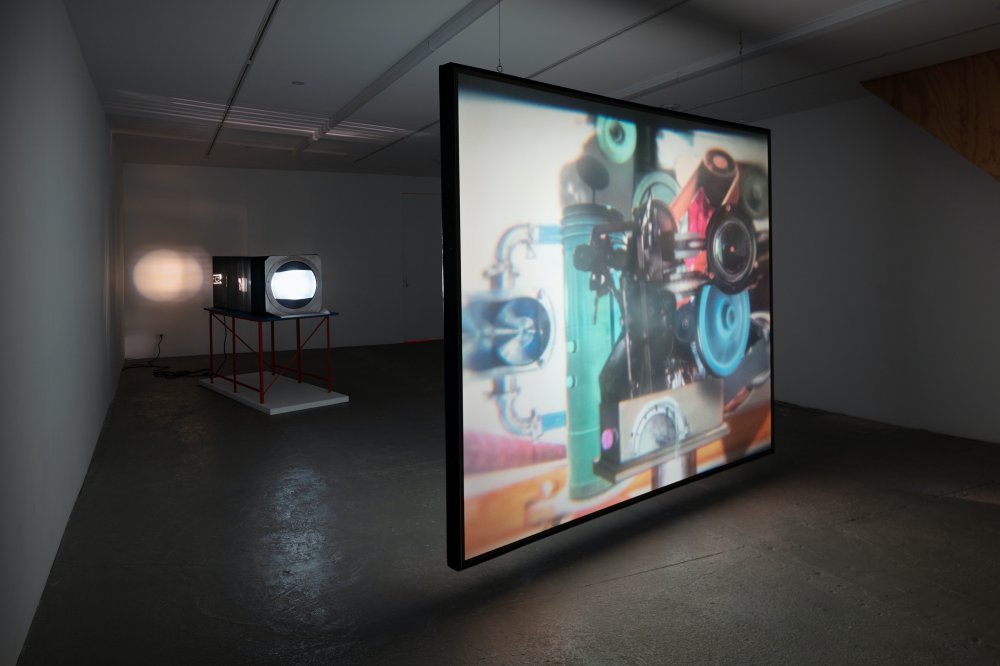 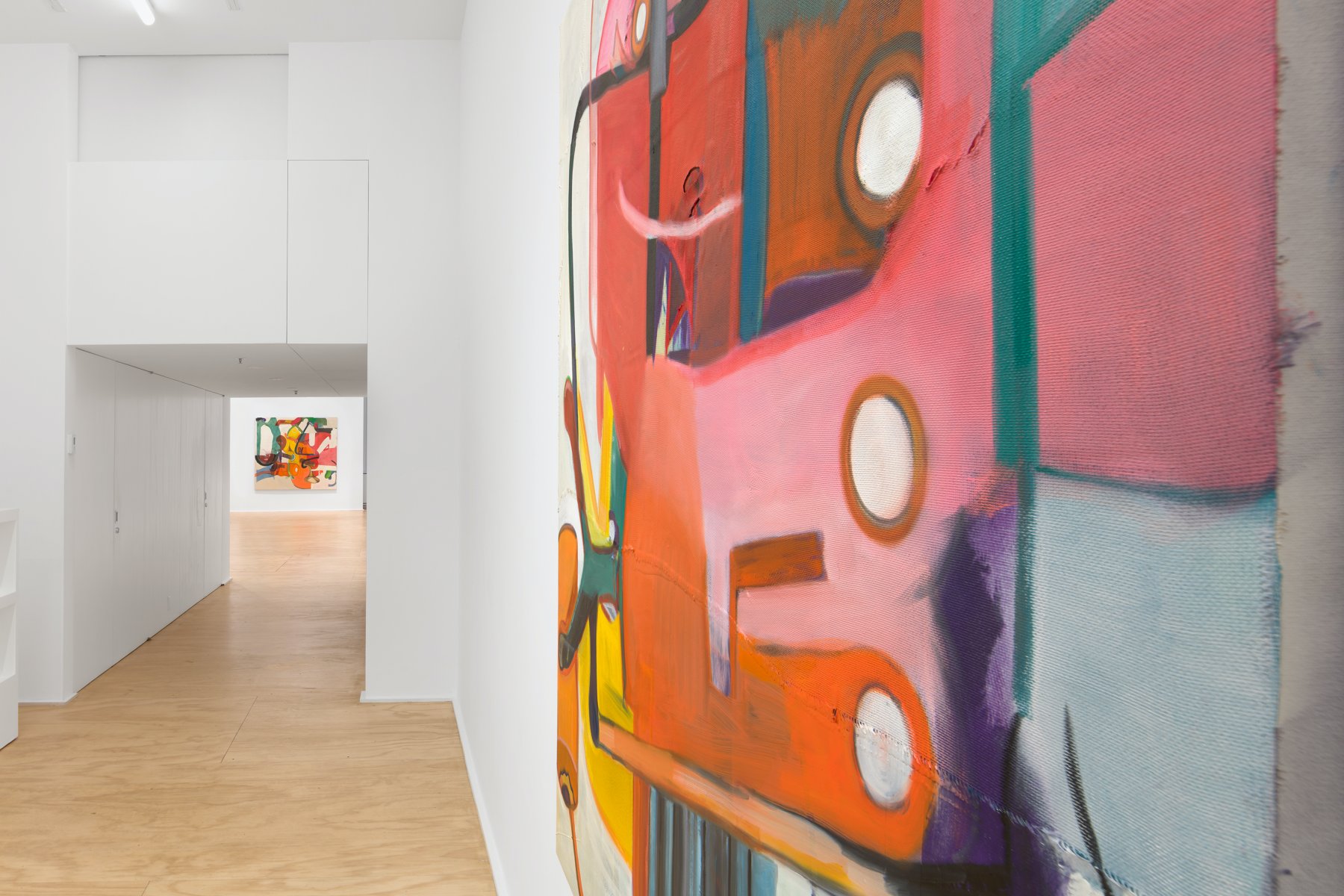 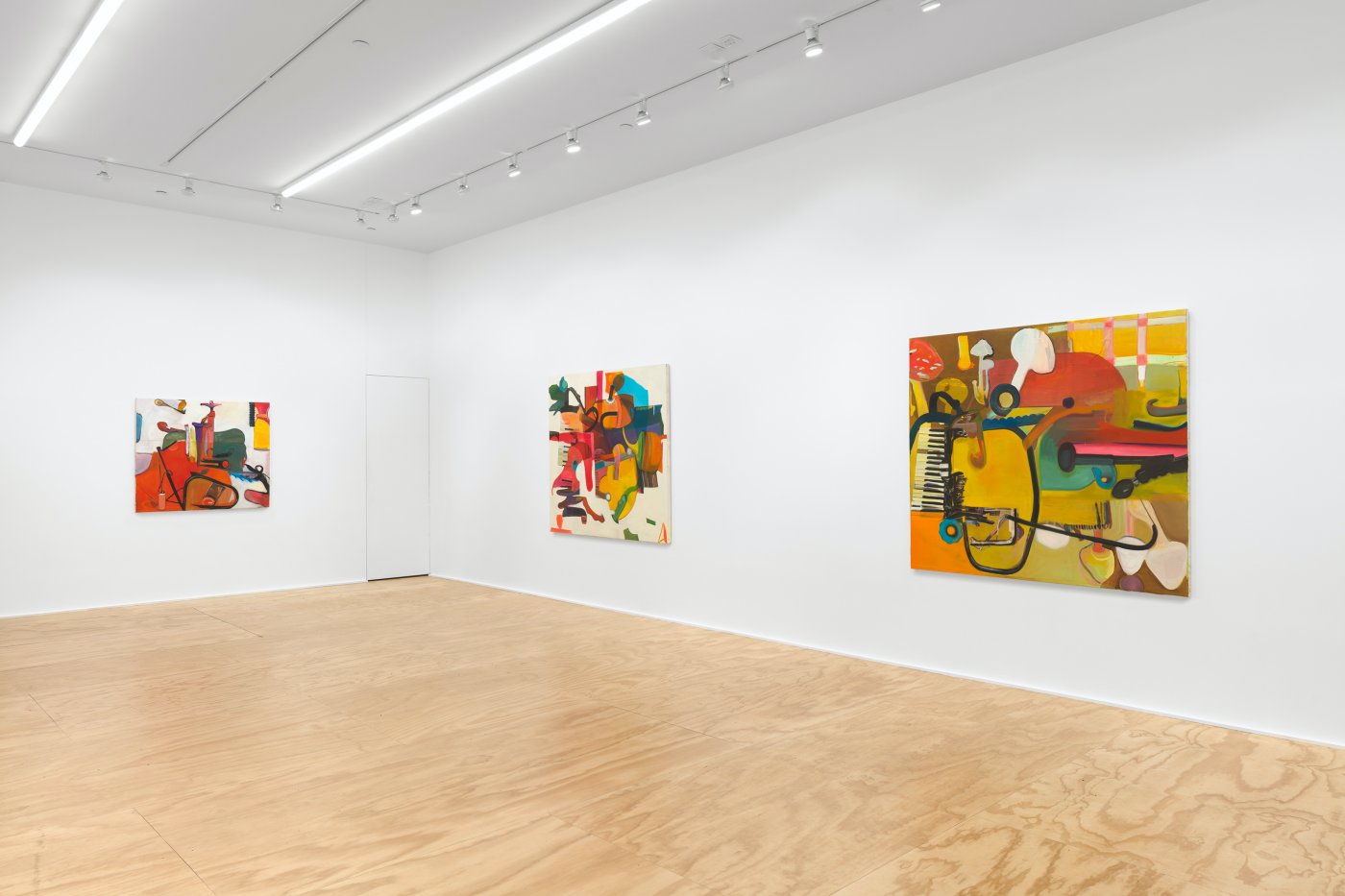 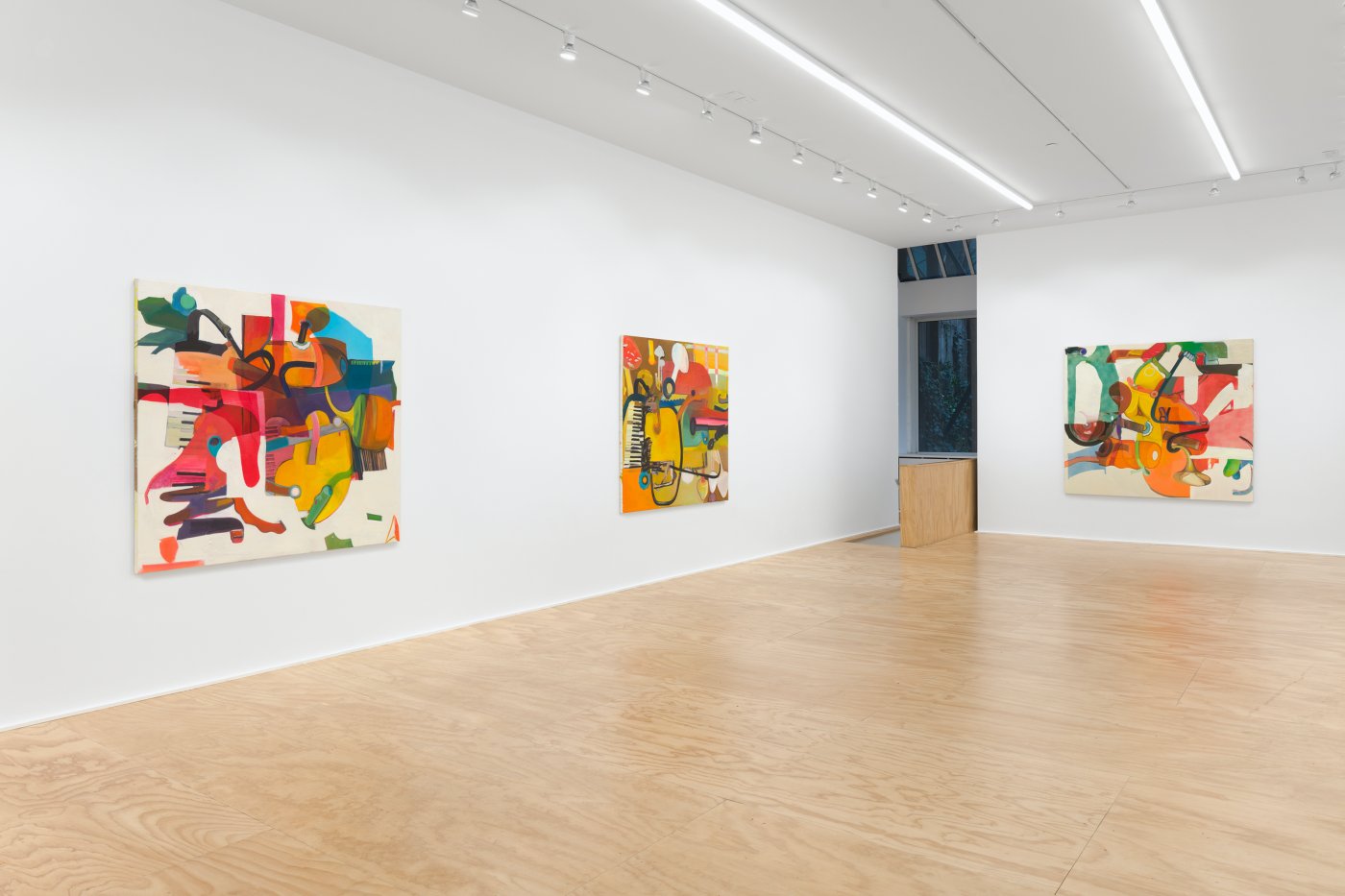 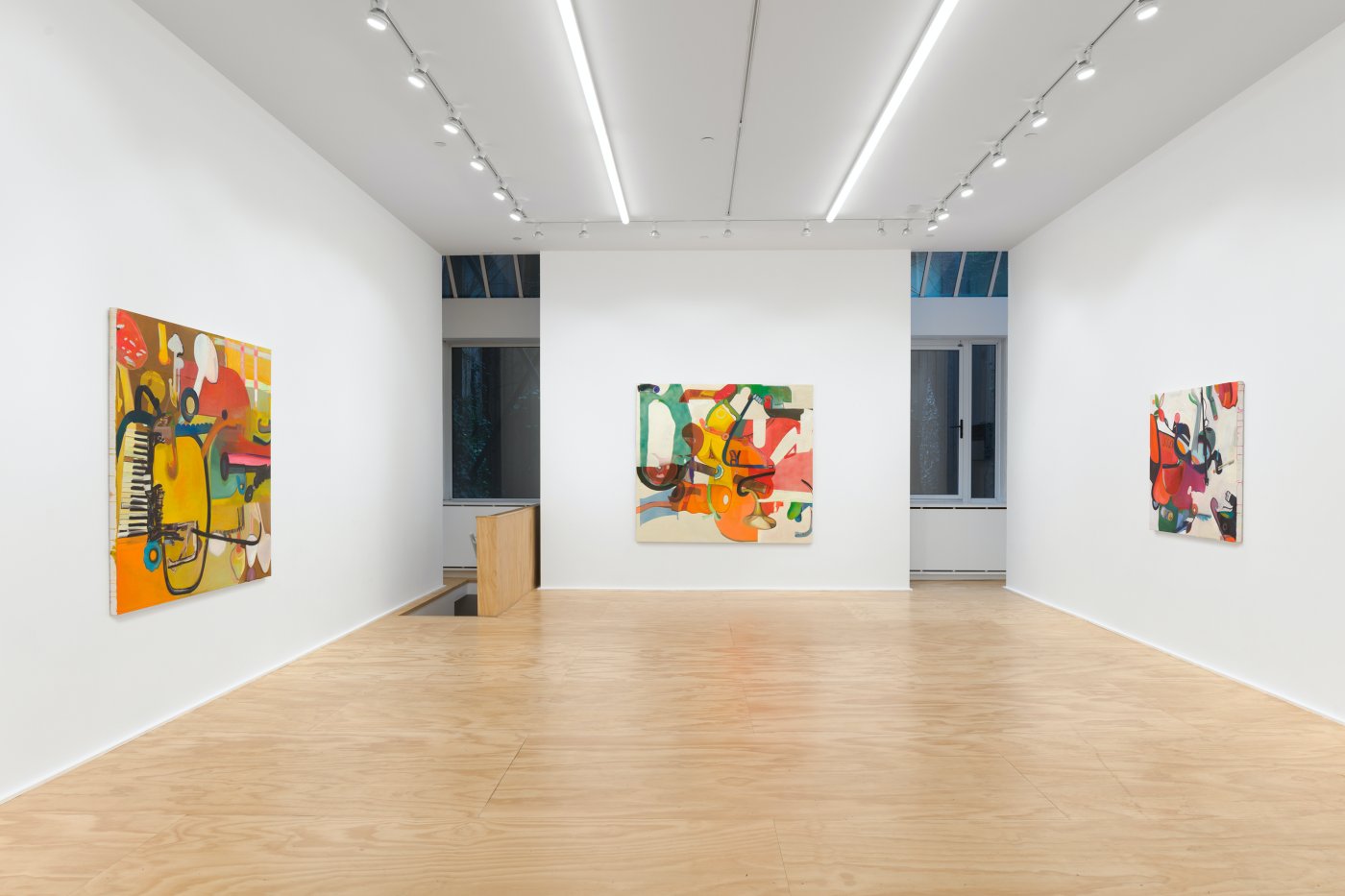 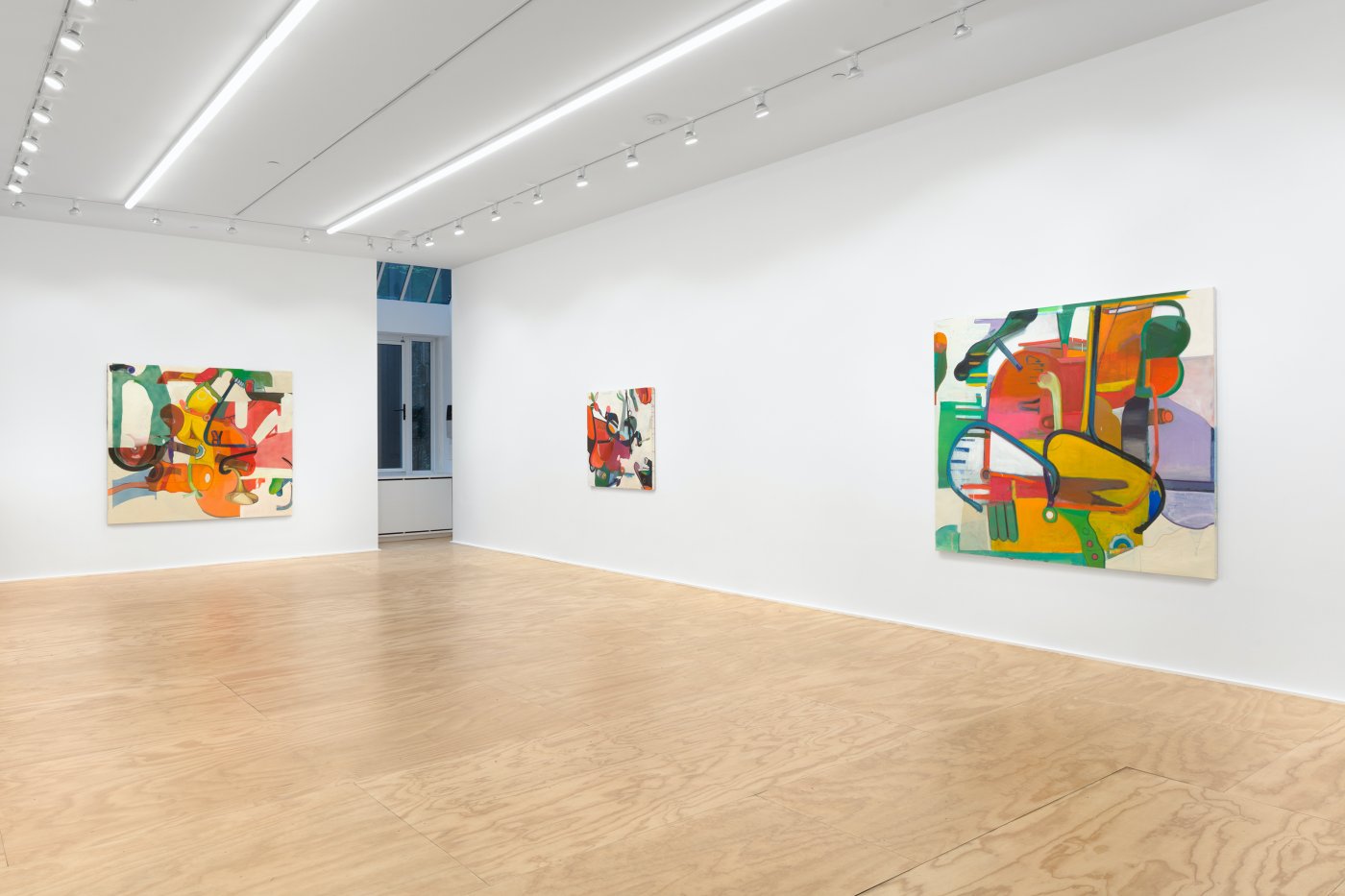 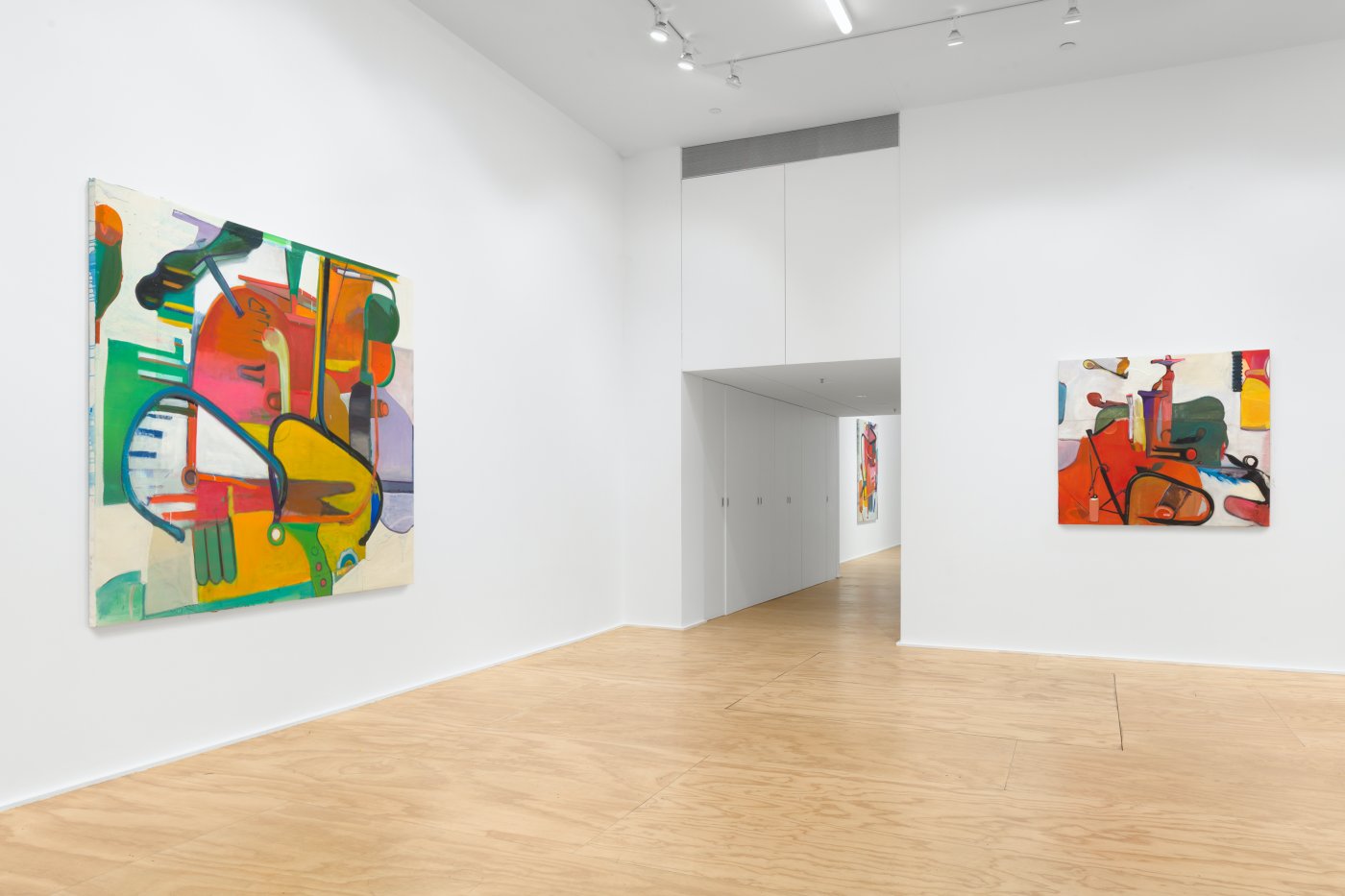 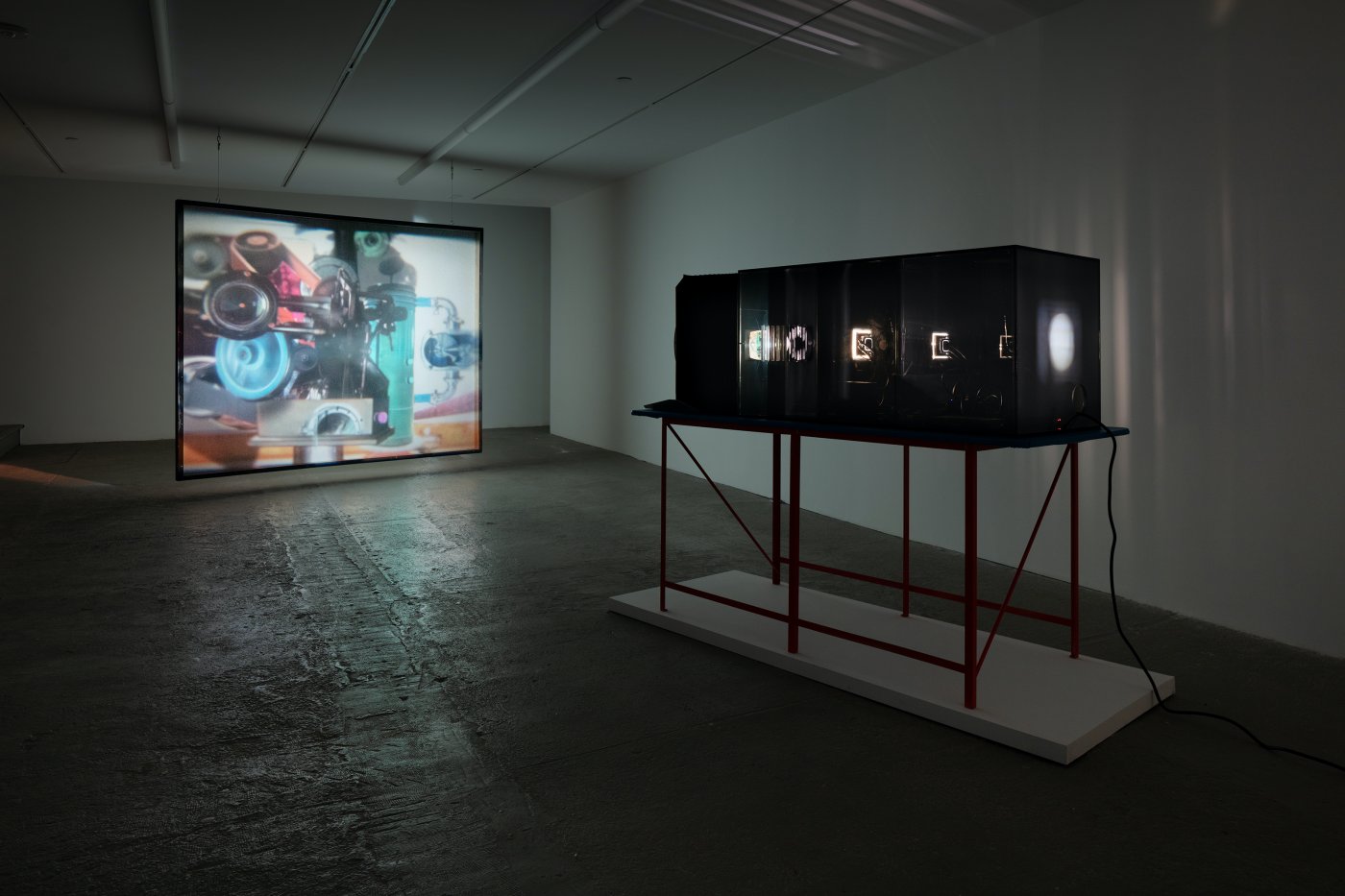 Contrary to what you might believe, the chief concern in Hubbard’s practice is not painting, its possibilities, and its history; nor is it, as in his videos, the production of comedy glittered with despair. Rather, it is technology, the scientific method, and trying to navigate the wreckage of Modernist reason and logic.

Hubbard’s paintings are material wonders, describing and inscribing the complex processes that eventuate into them as final forms—the mixing and manipulating of various semi-industrial products like resin, urethane, latex, and fiberglass, and the application of semi-industrial processes like UV printing and, in his recent works, the layering of transparent sheets cast from the works topographies’ themselves. In the very latest paintings, Hubbard has turned to applying oil paint atop all this, but that move makes him no less a chemist compared to the typical wielder of sable-tipped brushes.

In his videos, meanwhile, technology is baldly misused. His earlier video works often feature him in the role of scientist-conductor—wearing the occasional lab coat or hazmat suit—of abstruse methodologies and the operation of hysterically jury-rigged contraptions moving toward a punctuating event. In more recent years, his détourned video effects become the protagonists of screwball comedies, flaunting the seams of the work rather than concealing them in favor of the ultra-smooth façade they were designed to create.

In the pre-Enlightenment old days, of course, art and science were not so distinct from one another, and magic not entirely out of the mix. As the old talking point goes, techne, the ancestor of our technology, meant “art.” Art in this sense was any practice that manifests knowledge for use; thus, it could unite science and craft. What renders Hubbard’s elevated tinkering as bastard empiricism is an unexpected resuscitation of the humanist-scientist impulse—timely for a present well past the use-by date of the Modern era but well before any coherence has settled on what lingers and grows after it.

Hubbard’s newest venture, begun in 2019, is a series of homemade video projectors. Instead of a vivid procedural relic or a dramedy about the haphazard nature of trial and error, the endpoint is a teetering, audibly whirring caterpillar of black boxes casting a hazed moving image into the dark. To me, these nondescript objects are Hubbard’s most beautiful, perfectly capturing (1) the sense that all one’s work adds up to so little (2) the fact that contemporary technology has moved past the horizon of an everyday person’s ability to grasp it. It’s no accident that the moving pictures they show, foggy through Hubbard’s homemade urethane lenses have spotlit early Modernist motifs—a de Chirico landscape, a May Ray metronome, a Picassoid interior with skewed geometry. The reference to these forms is in the mode of comic elegy, imaginatively inhabiting the moment where a sense of discovery, a sense of hope, was still possible.

If you want to get Heideggerian about it, you could say roughly that the clearing of Hubbard’s technological tendencies does the happy opposite of what technologies are intended to do: it does nothing, has no purpose, de-instrumentalizes the world to striking and at-times hilarious results. His projectors have a job to do, theoretically, which is to beam images in the dark, to broadcast illusion; but instead, they expose technology as arbitrary and absurd, subject to mistake and sabotage. Hubbard’s thoroughgoing sense of experimentation is tied to the production of nothing so much as wonder. This humanism begets the work’s impulse toward generosity: In true DIY fashion, the press release for the projectors’ debut offered only their specs, to pool intellectual resources with fellow scientist-masochists instead of mustering them for exploitation.