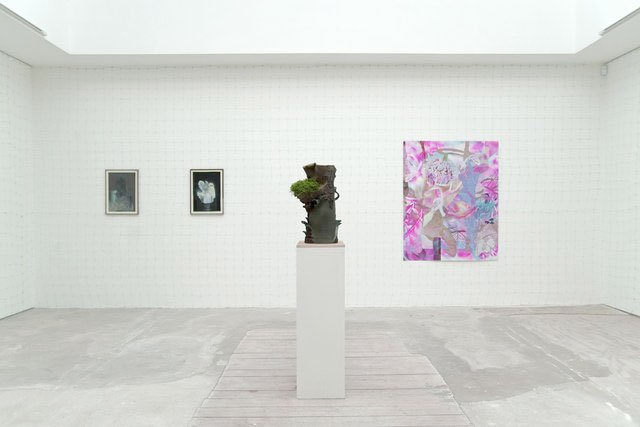 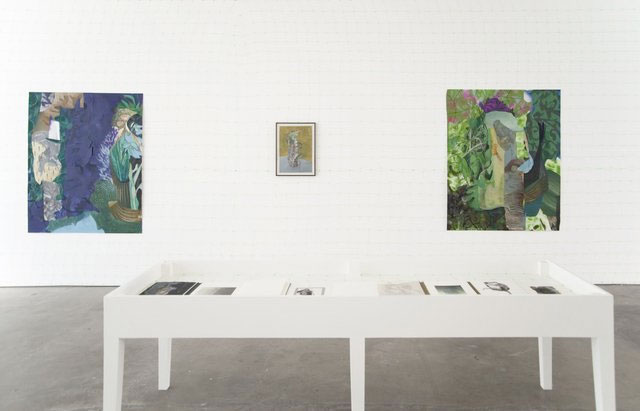 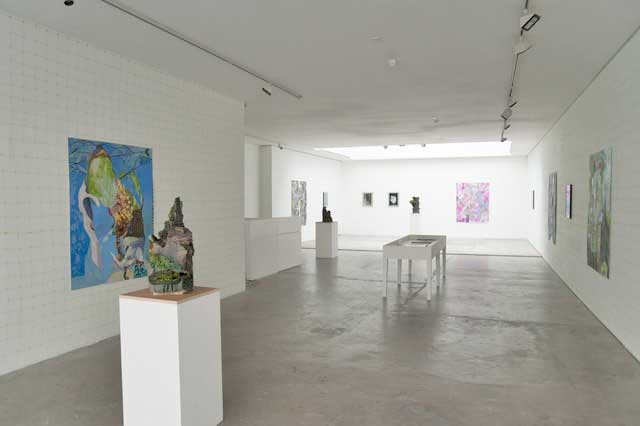 From the Press Release:

“The works of Alessandro Roma are complex visual machines, perfectly constructed to deceive the eye. The artist uses collage to compose landscapes that only at first glance seem to possess a possible uniformity. The deception is dual, for not only is each image the result of a stratification of fragments with multiple viewpoints, but the picture plane, which from a distance seems like painting, is revealed to be a surface made up of collaged elements. Oil paint, spray, enamel, and graphite all appear too, but the handmade becomes nearly indistinguishable from, say, pieces of fabric or bits of photographic imagery blown up from printed sources. All these visual episodes slide into one another, forming connections through affinity or contrast.”

Just as the garden is a site where humans temporarily check the wild contingency of nature and so hold order and chaos in tense balance, Roma’s works enclose within them a carefully linked array of planes, perspectives, materials, surfaces and forms all held in an exquisite visual expression of equipoise.