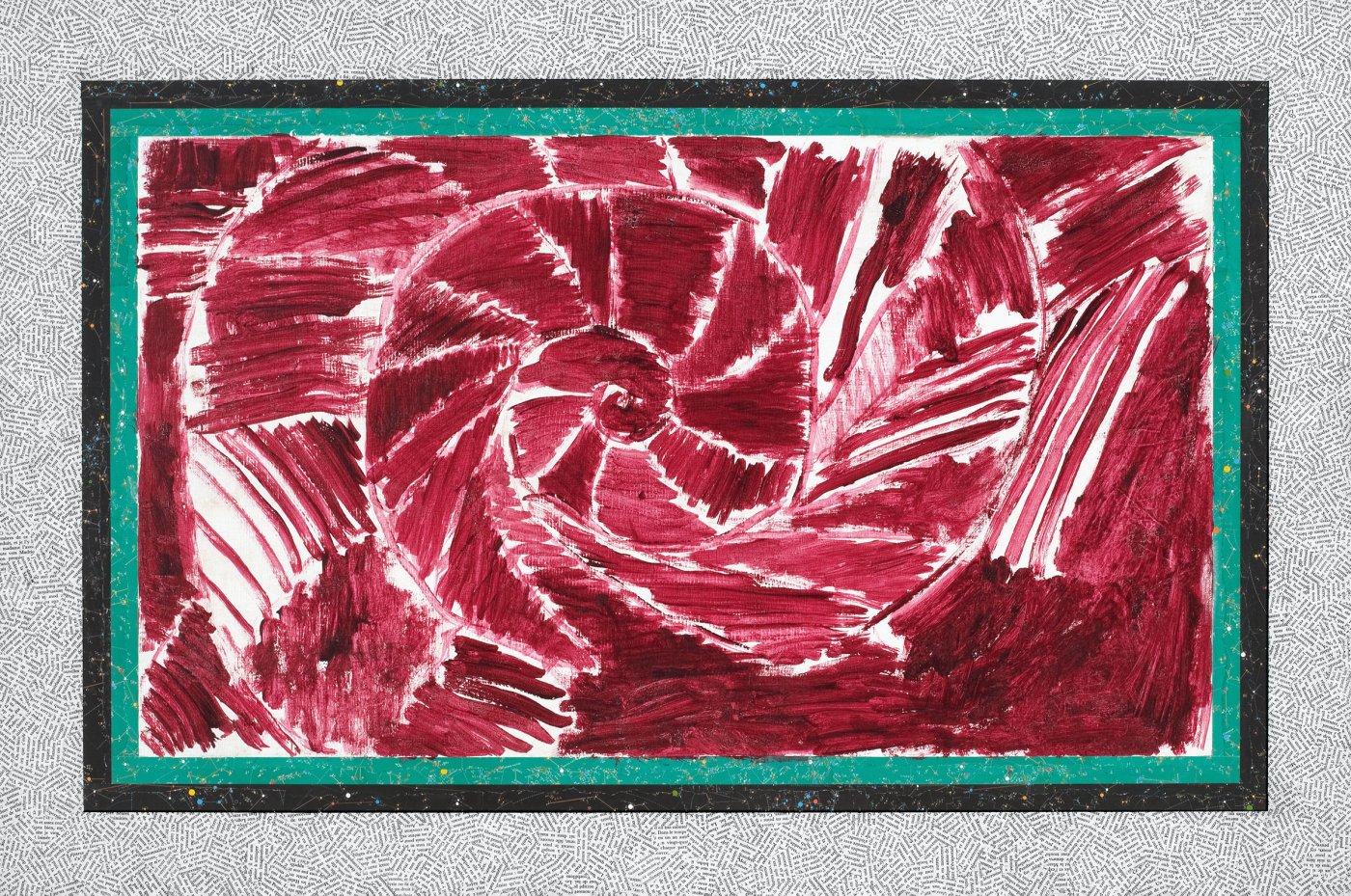 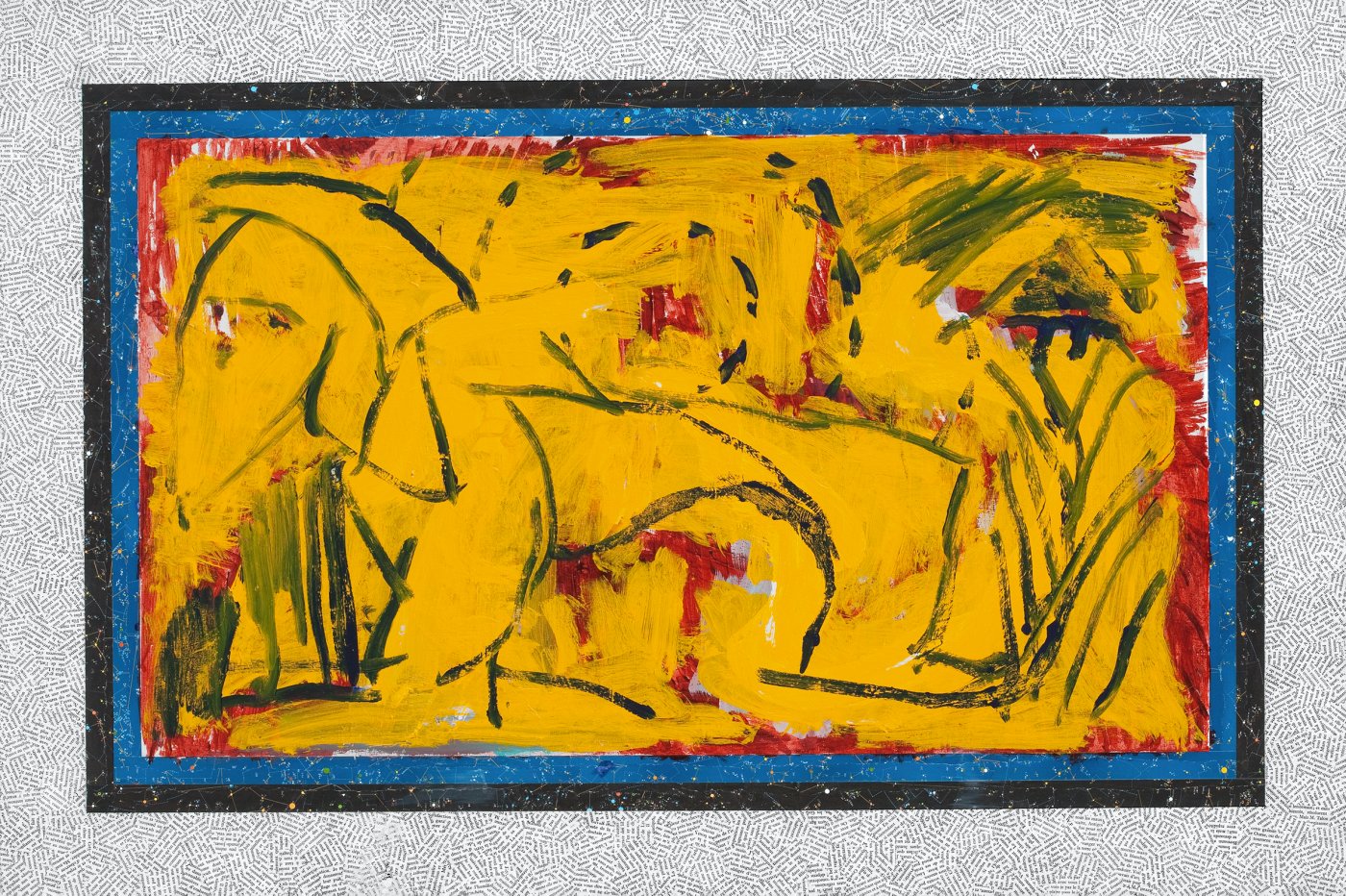 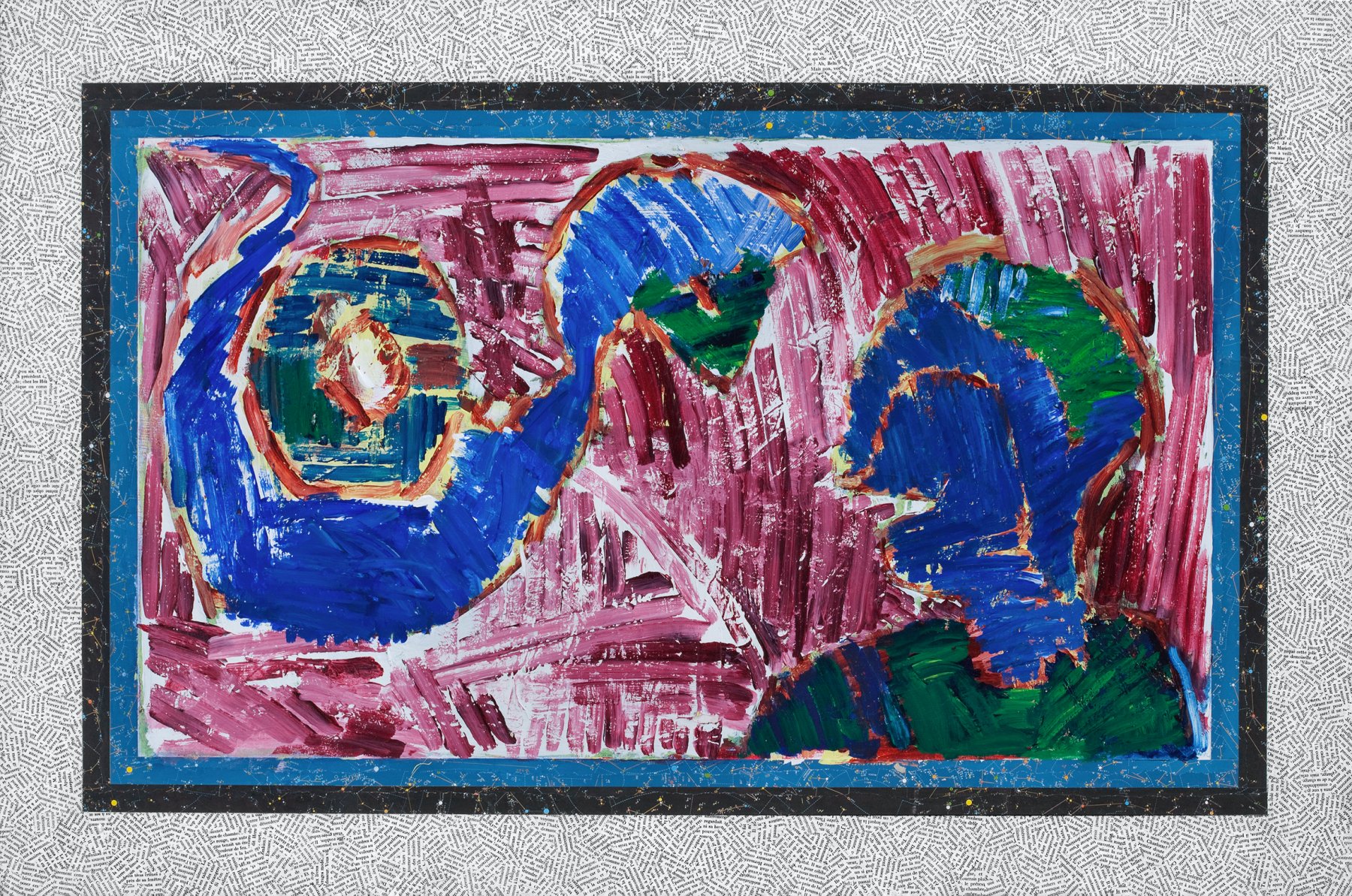 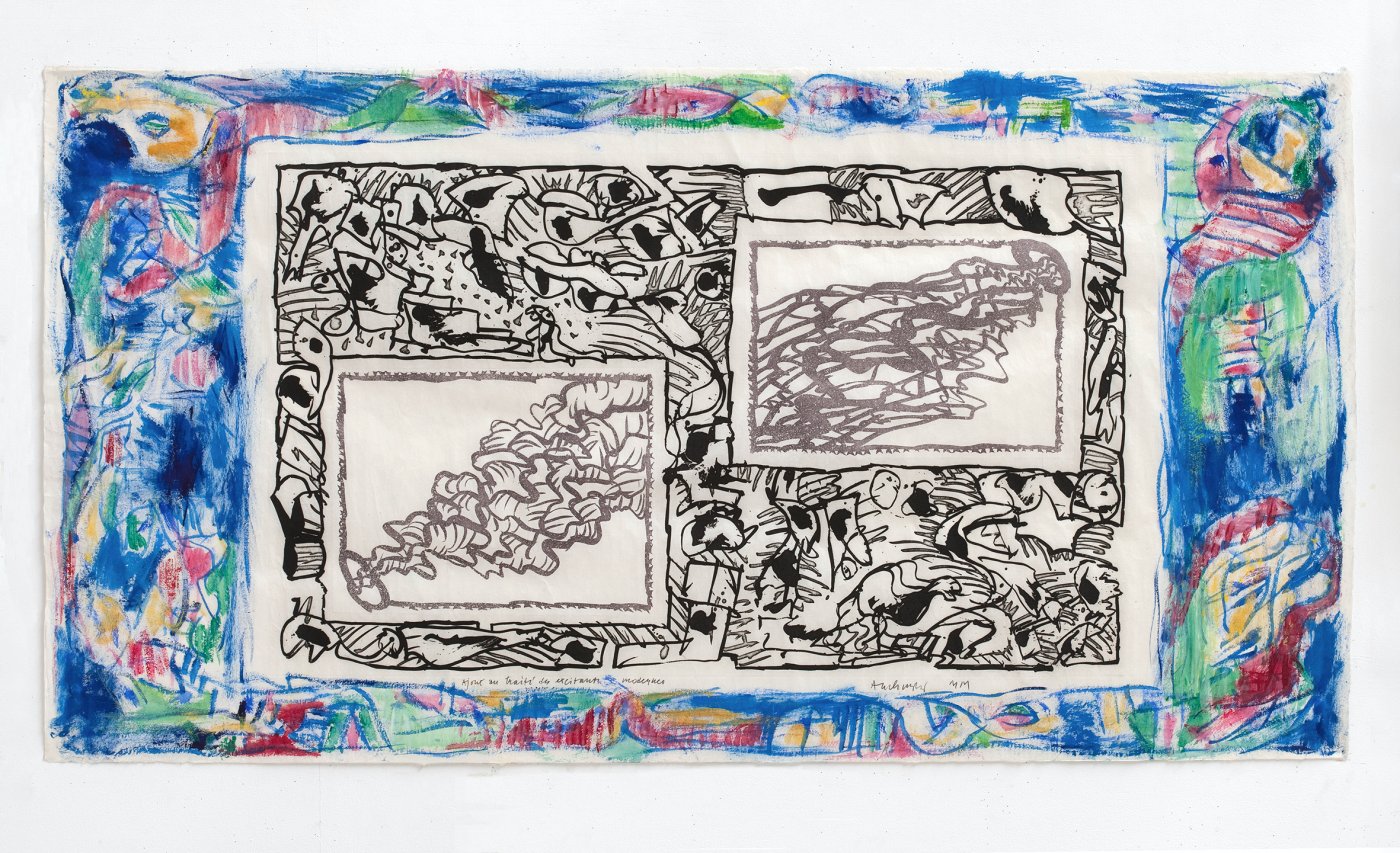 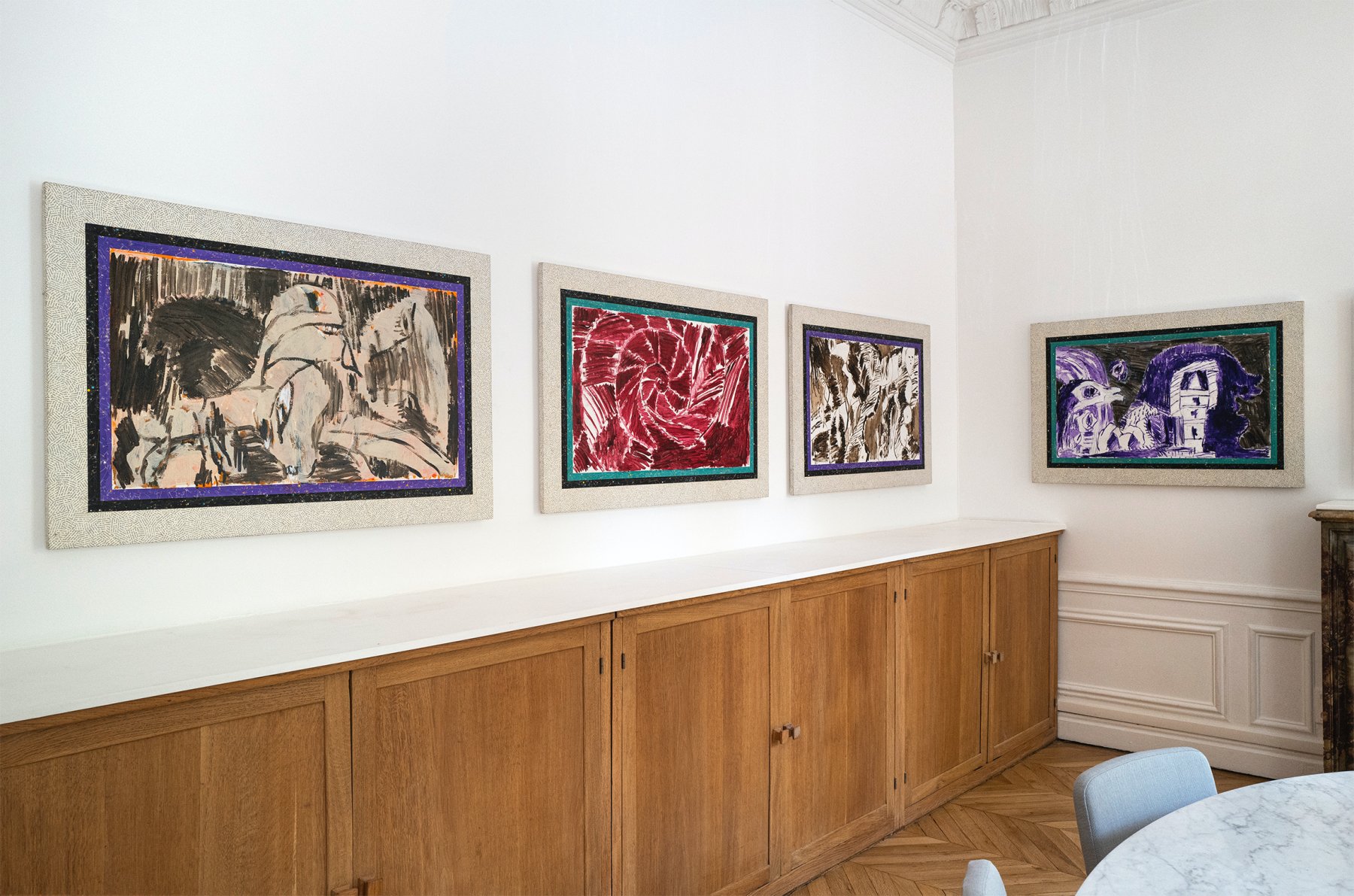 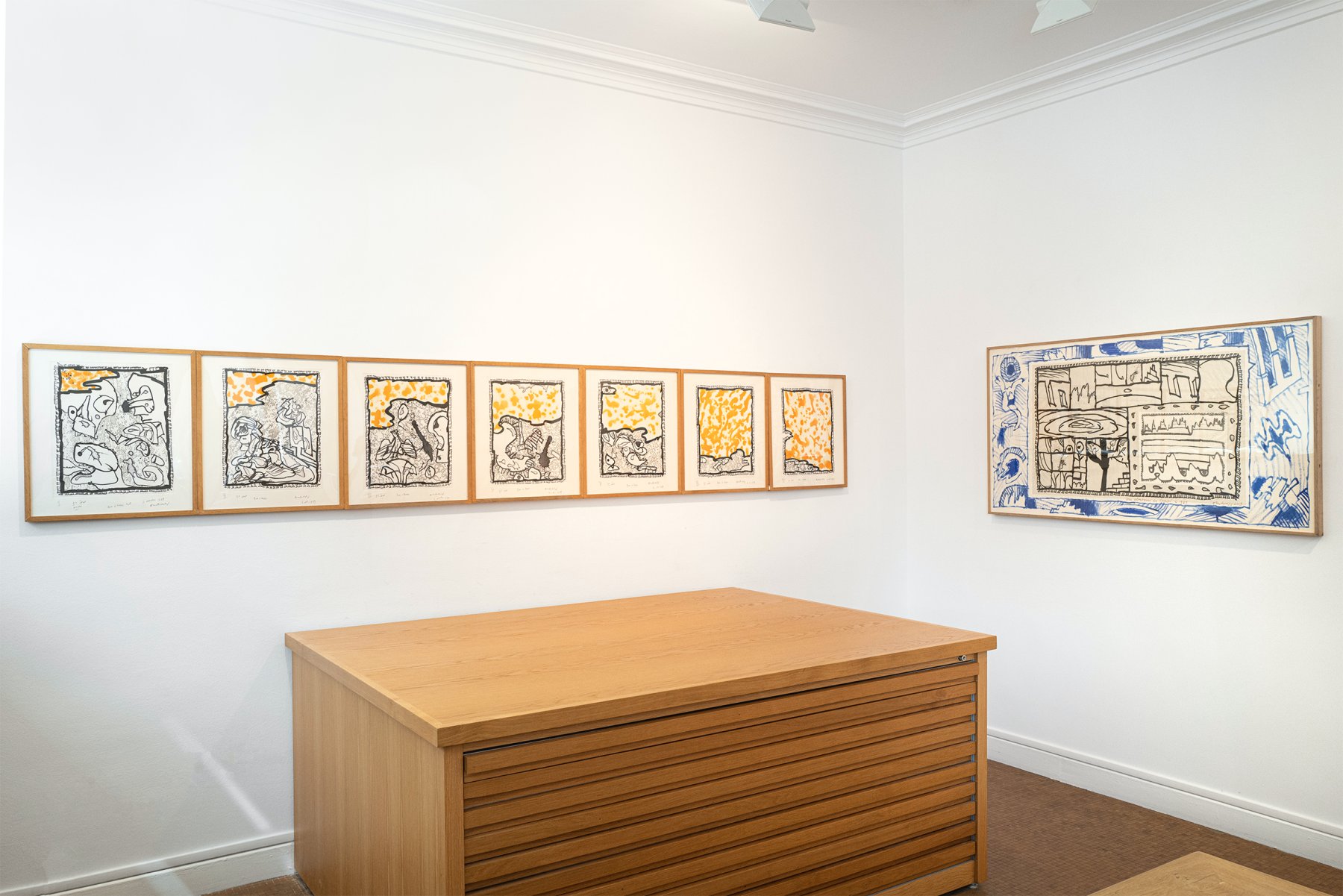 Jiri Kolar (1914-2002) was a “visual poet” who drew using a typewriter in 1950s Prague, before developing a body of work based on cutting out and reassembling thousands of printed pages. The collaboration between Kolar and Alechinsky had, by 1986, already resulted in a number of works, including the splendid decoration of a Rainer von Nagel harpsichord.
Calendrier: 12 acrylic paintings completed in 2013 by Pierre Alechinsky at the centre of collages on panels produced in 1985 by Jiri Kolar.

Honoré de Balzac, as we know, was a printer-publisher in rue Visconti in his younger years, and had a passion for typography.
Traité des excitants modernes: 14 illustrations in the text, a series of nine etchings, some developments in the annexes, Yves Rivière publisher, Paris 1989.

Pierre Alechinsky, from 1944 to 1948 studied typography and book illustration at La Cambre, Brussels, before becoming the painter we all know today. His collaborative works are a constant feature of his output, whether with Karel Appel, Christian Dotremont or Asger Jorn, or with writers such as Roger Caillois or Cioran or Jean
Tardieu.