Albert Willem: Chaos in the City

Albert Willem: Chaos in the City

‘I do not strive for perfection, on the contrary, I try to avoid it because otherwise it undermines the humour.’ – Albert Willem

Galerie Boulakia presents ‘CHAOS IN THE CITY’, a collection of works by Belgian artist Albert Willem. 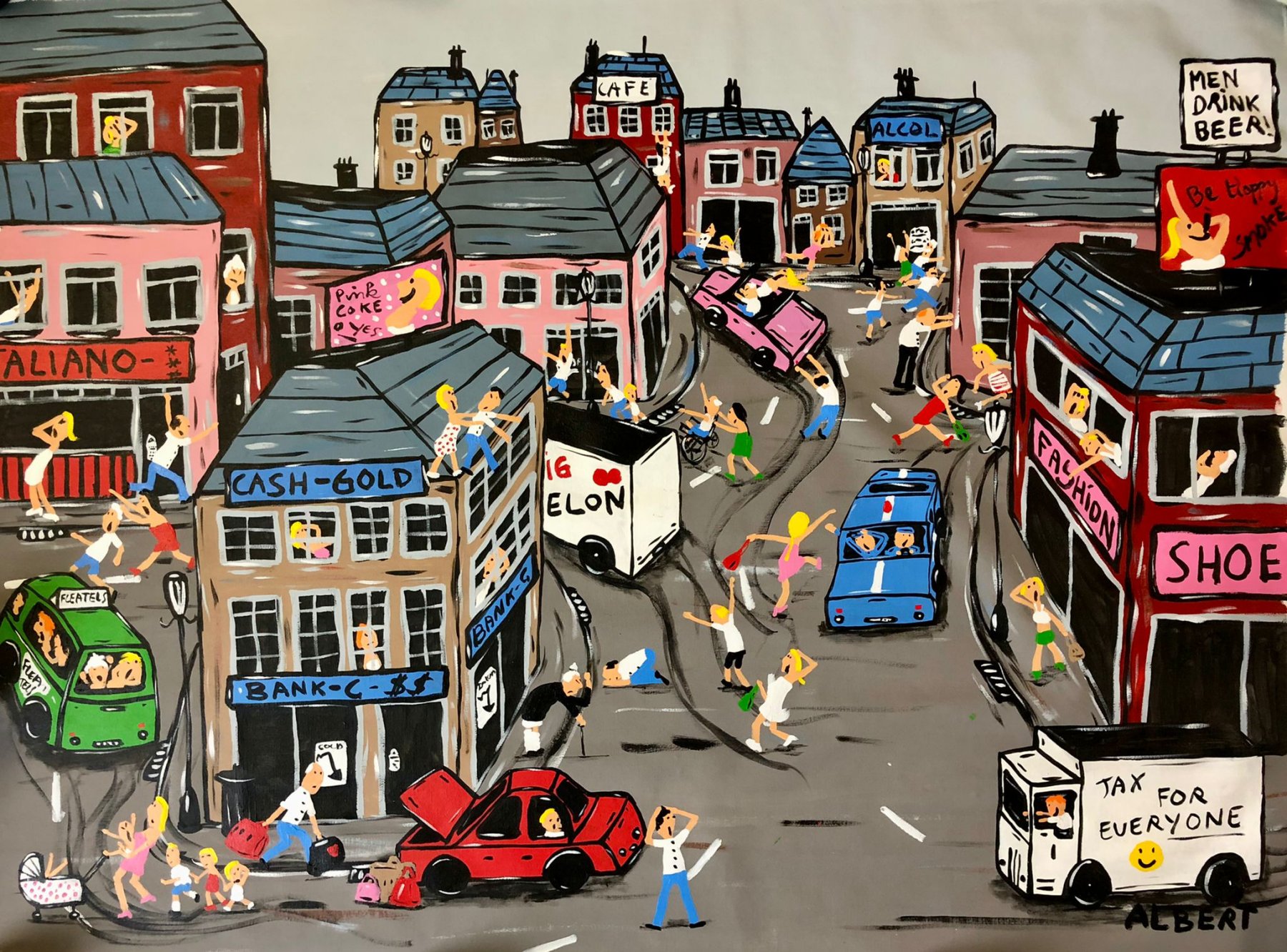 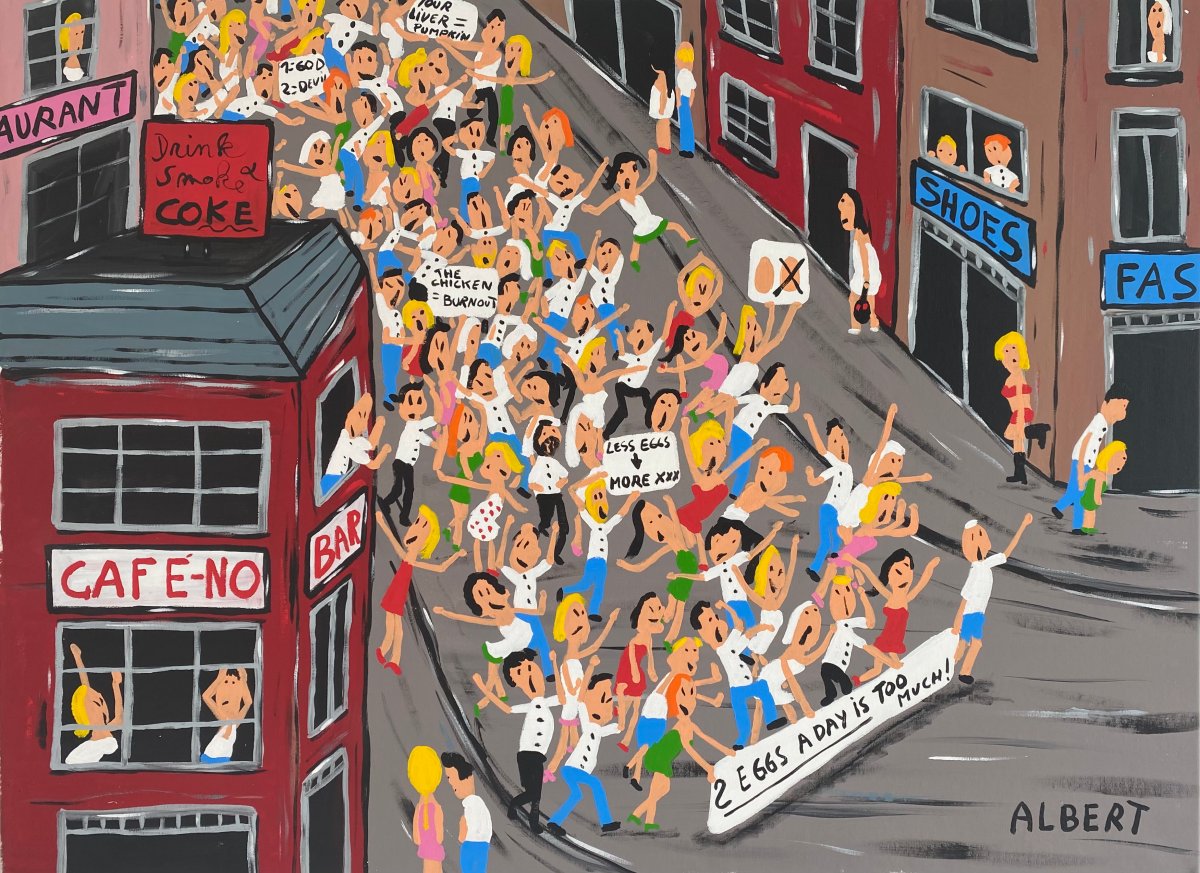 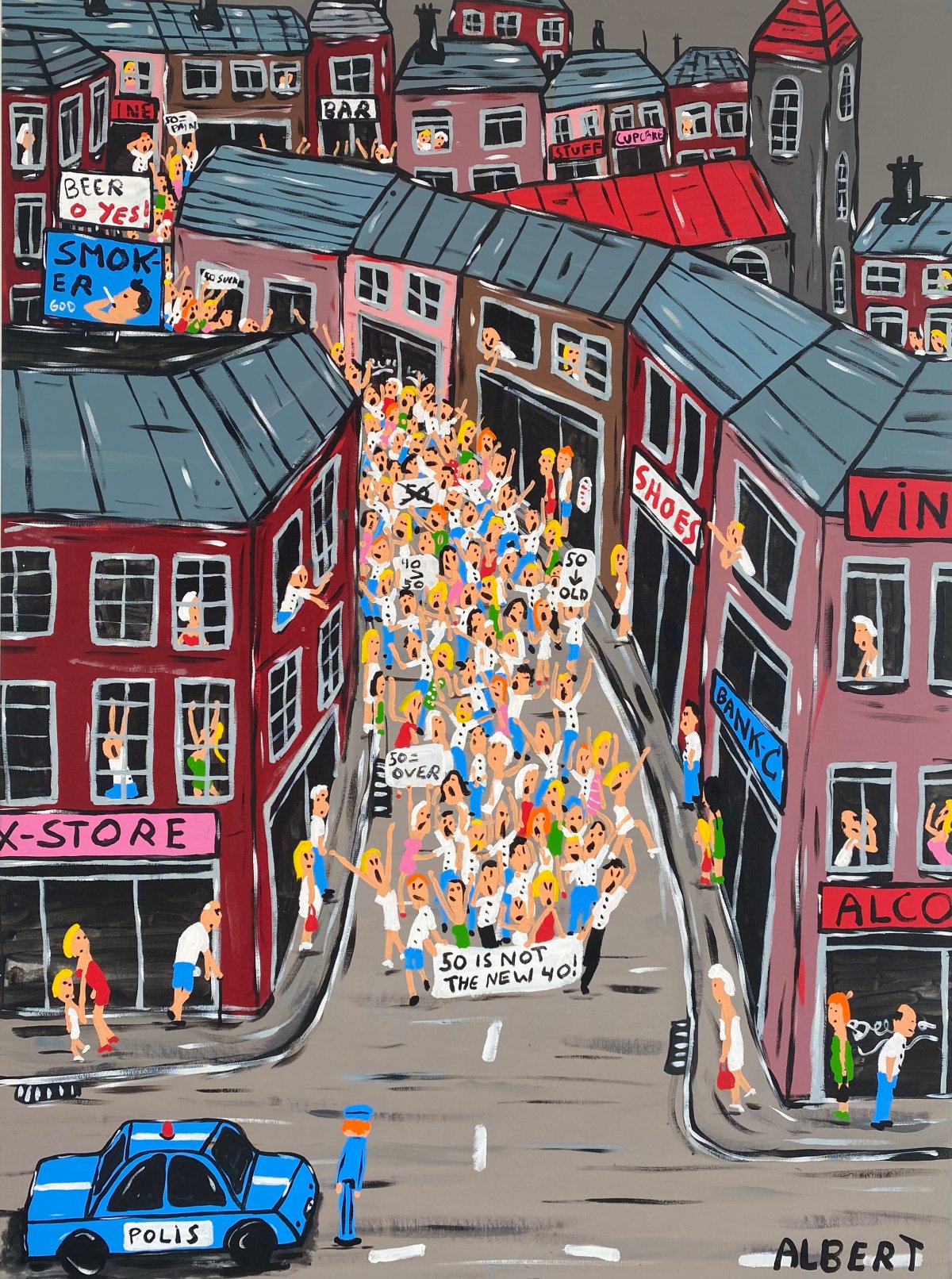 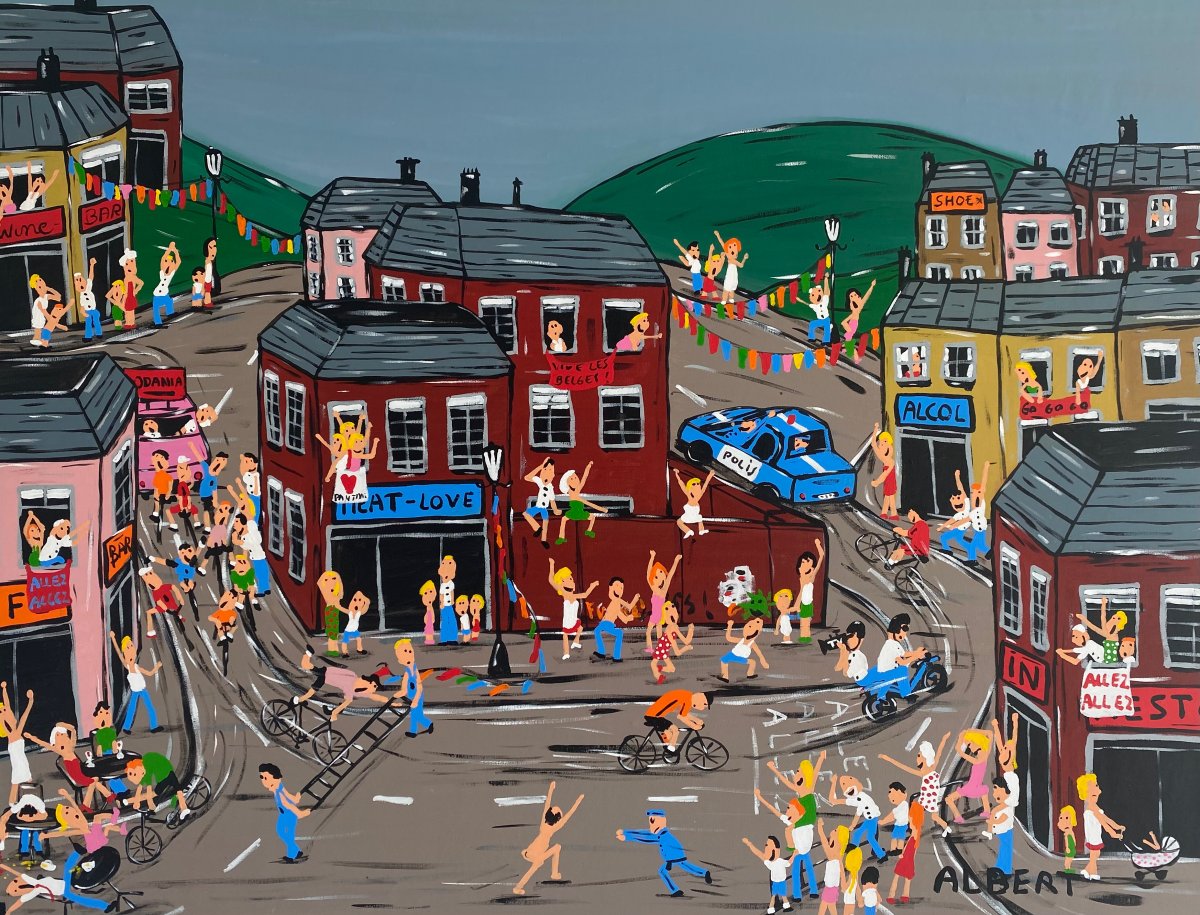 Albert Willem
A cycling race in the village, 2021 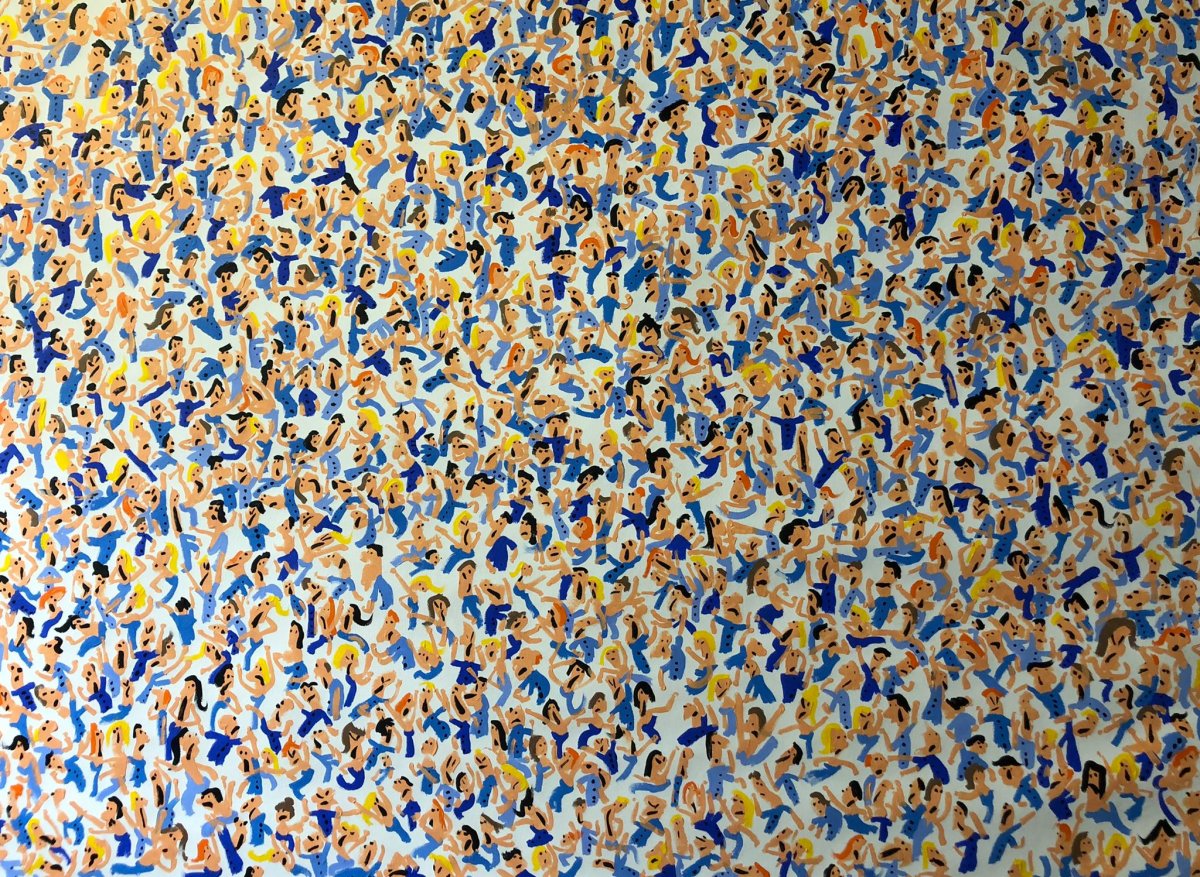 Born in 1979, Halle, Belgium, Albert Willem is a contemporary Belgian artist, living and working in the rural town of Alsemberg, situated just south of Brussels. Best known for his naïve-styled paintings rich with wit and humour, he has recently taken the art world by storm, having featured in several group exhibitions in Germany, Russia and Belgium, as well as two solo exhibitions in London and Miami Beach. Since showing his work publicly for the first time in 2020, his art crossed international borders in 2021.

‘Comedy has always been a big part of my family life. From childhood to this day, I’ve always been infatuated with stand-up comedy, comedic television and film.’ – Willem

Self-taught in his practice, Willem’s witty paintings and childlike technique align with his regular childhood visits to nearby galleries and museums with his family. From Old Masters to Abstract Expressionism, the museums in Belgium have a profound influence on Willem. The artist transfers the images from his head onto the canvas in an inspired style, which seamlessly weaves the comedy and tragedy of everyday life into vibrant, figurative works, rich with humour.

The artist intentionally avoids heavy or profound themes, striving first and foremost to make people smile. Spattered with slapstick comedy, his brightly coloured scenes present irony in commonplace situations. His works are energetic, and cheerfully chaotic, depicting larger-than-life moments such as sports events, urban riots and life’s great milestones. Willem paints the depiction of the drama, and humorous nuances, of everyday life; fantastically relatable to all.

Willem drew a lot as a child, mostly figures in action, such as football scenes, which he was a fan of. He has said that drawing served as a release for him during childhood. It was a way to ‘combat his quietness’. From the ages of 12 to 36, he never touched a pencil, mainly due to his studies and raising a young family. However, he states that during this time he remained interested in studying various artistic practices. What started with the decoration of his own home, Willem re-discovered his passion for drawing after an artistic hiatus, returning to painting about four years ago.

Willem has experimented with a variety of mediums and styles over the years, from nail polish and spray paint to textile art. Today, the artist primarily works with acrylic coupled with a high gloss varnish, finding that these result in the strongest colours. He enjoys creating large scale works, as not only do they appear abstract from a distance, but they also enable him to build up the multitude of small figures, without having to think too much.

Where inspiration is concerned, Willem looks to local Flemish artists, specifically, Pieter Bruegel and Kent Iwemyr. Willem admires Bruegel’s manner of incorporating a multitude of small human stories into his work, as well as his construction of intriguing clusters of heads. Bruegel’s influence is certainly visible in the way Willem paints his crowds. Willem’s childlike way of painting is inspired by Iwemyr, whose simplicity and humour are parallel to his.

The artist has also credited social media for the development of his painting, as he began to post his small figurative works on Instagram at the beginning of 2020, where his art was warmly received. Back then, he would spend at least two hours every day looking and learning from other artists. Through this, his art would constantly evolve as he came to experiment with new styles, themes and techniques. He has continued to engage audiences on Instagram ever since and has grown quite popular.

Today, Willem has consciously stepped back from social media to avoid changing his style too quickly or too much: ‘I have found my own style and want to express myself in this way for a while.’ From racetracks to riots, train platforms to cycling races, CHAOS IN THE CITY paints a light-hearted, ironic overview of contemporary society.