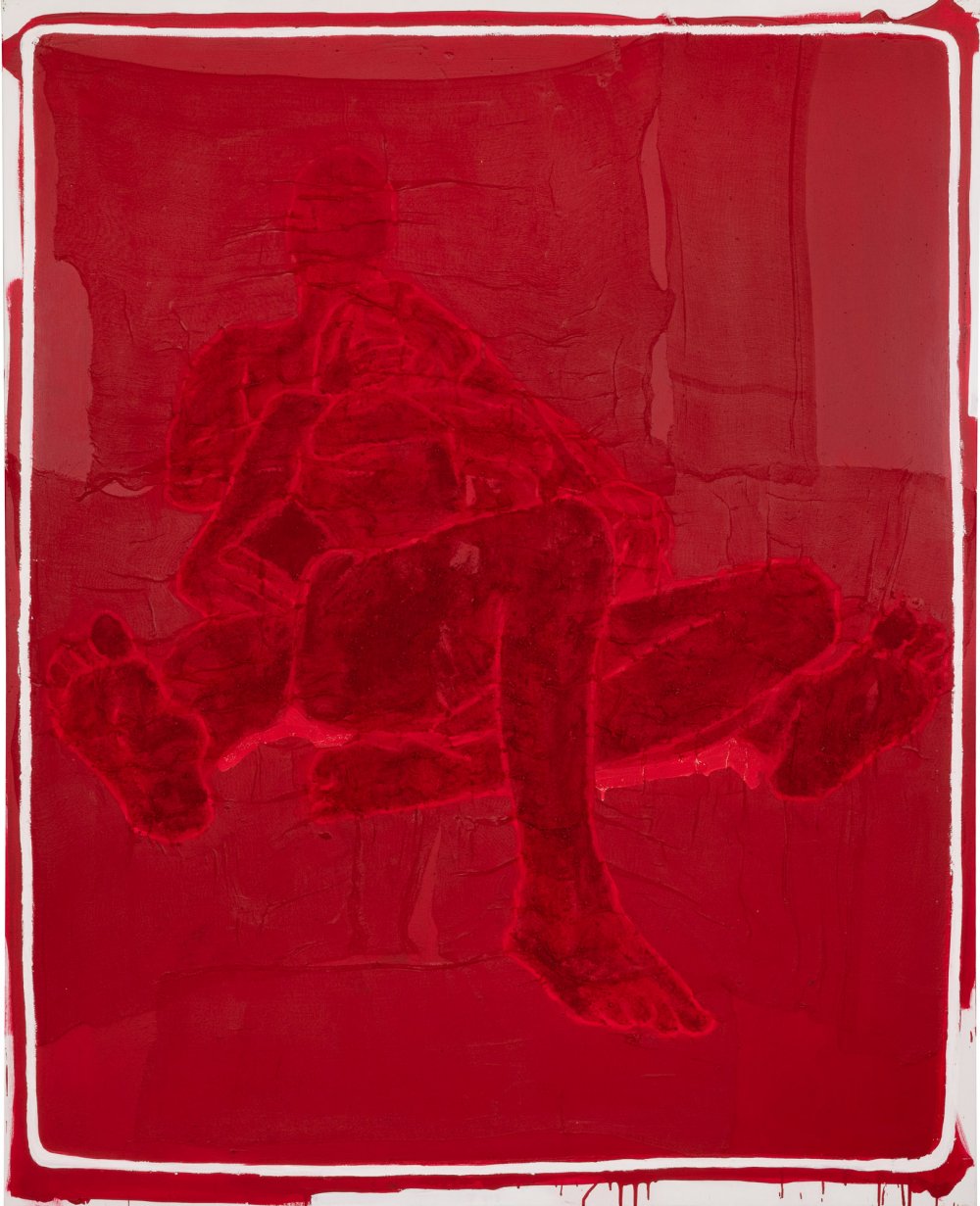 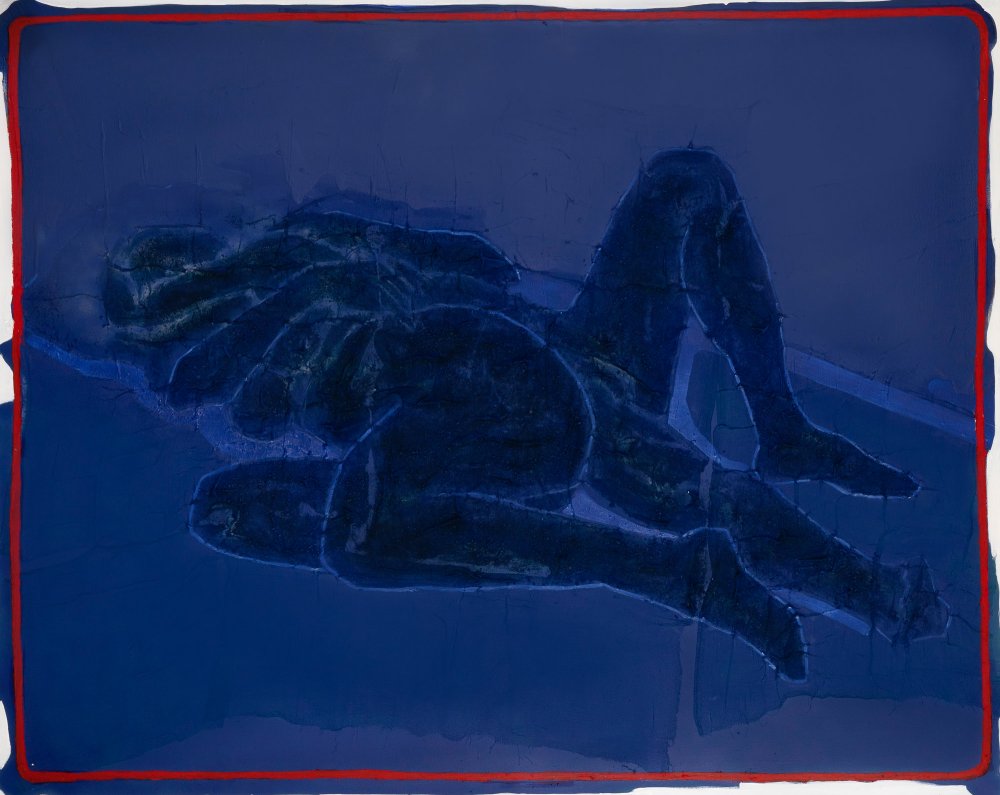 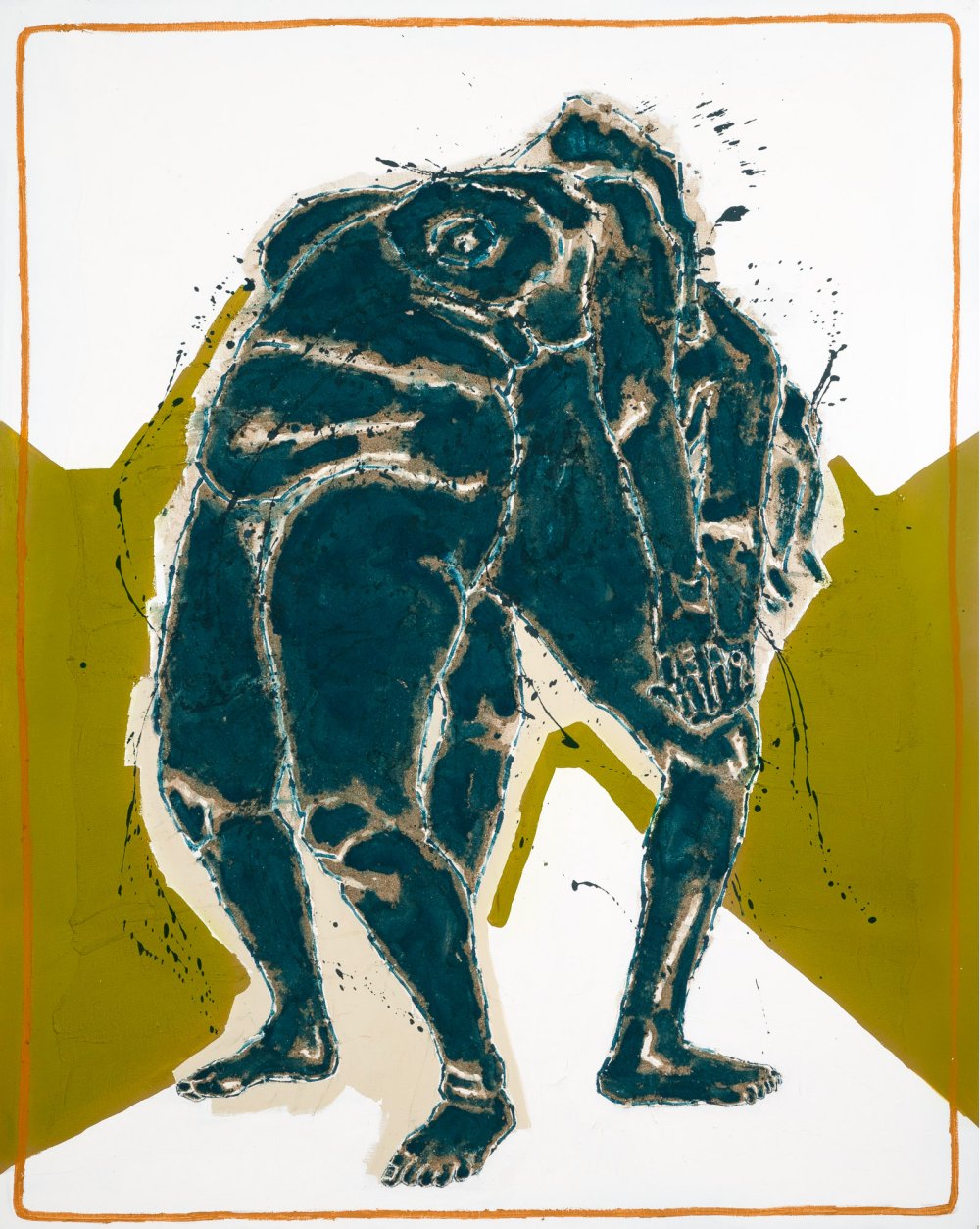 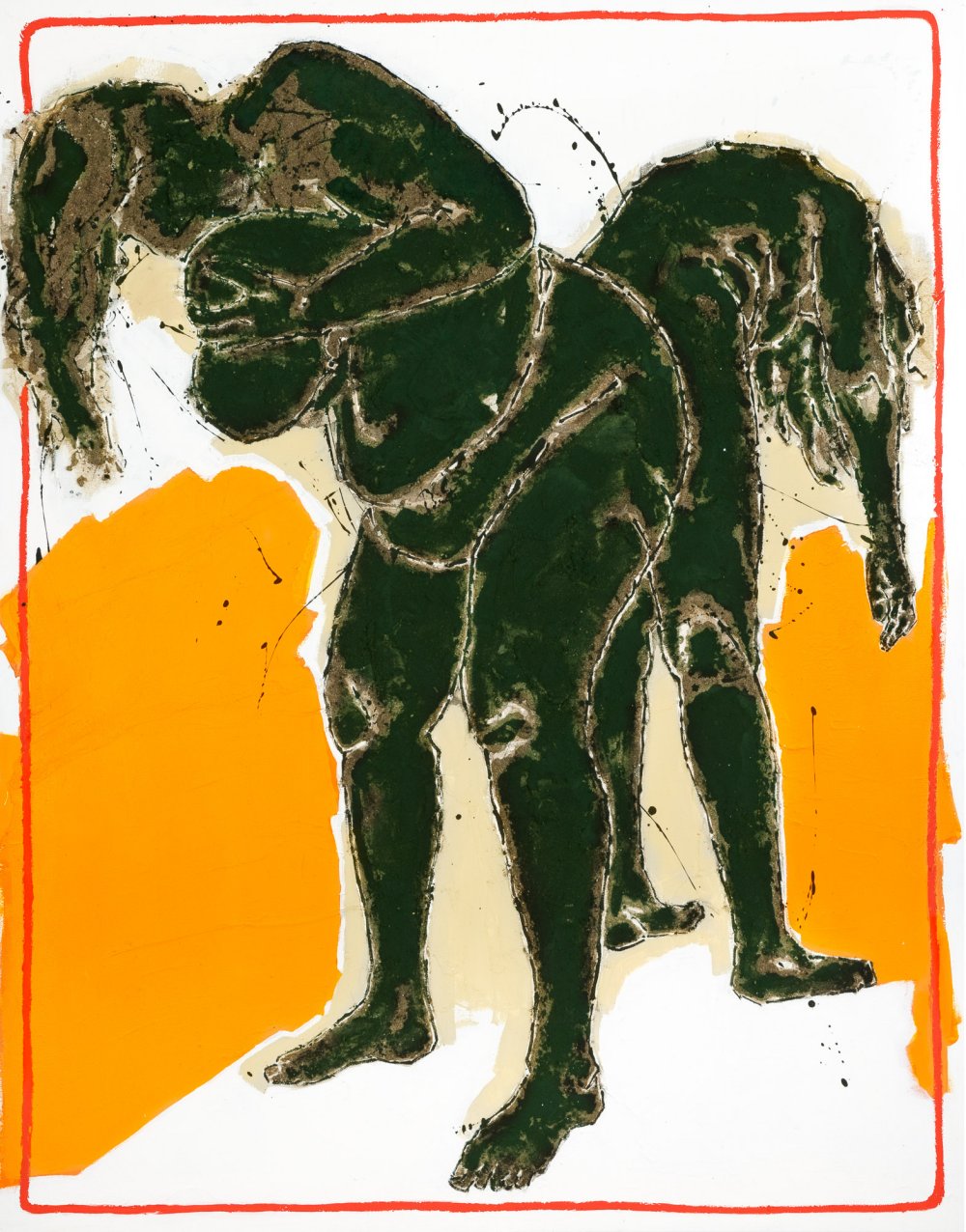 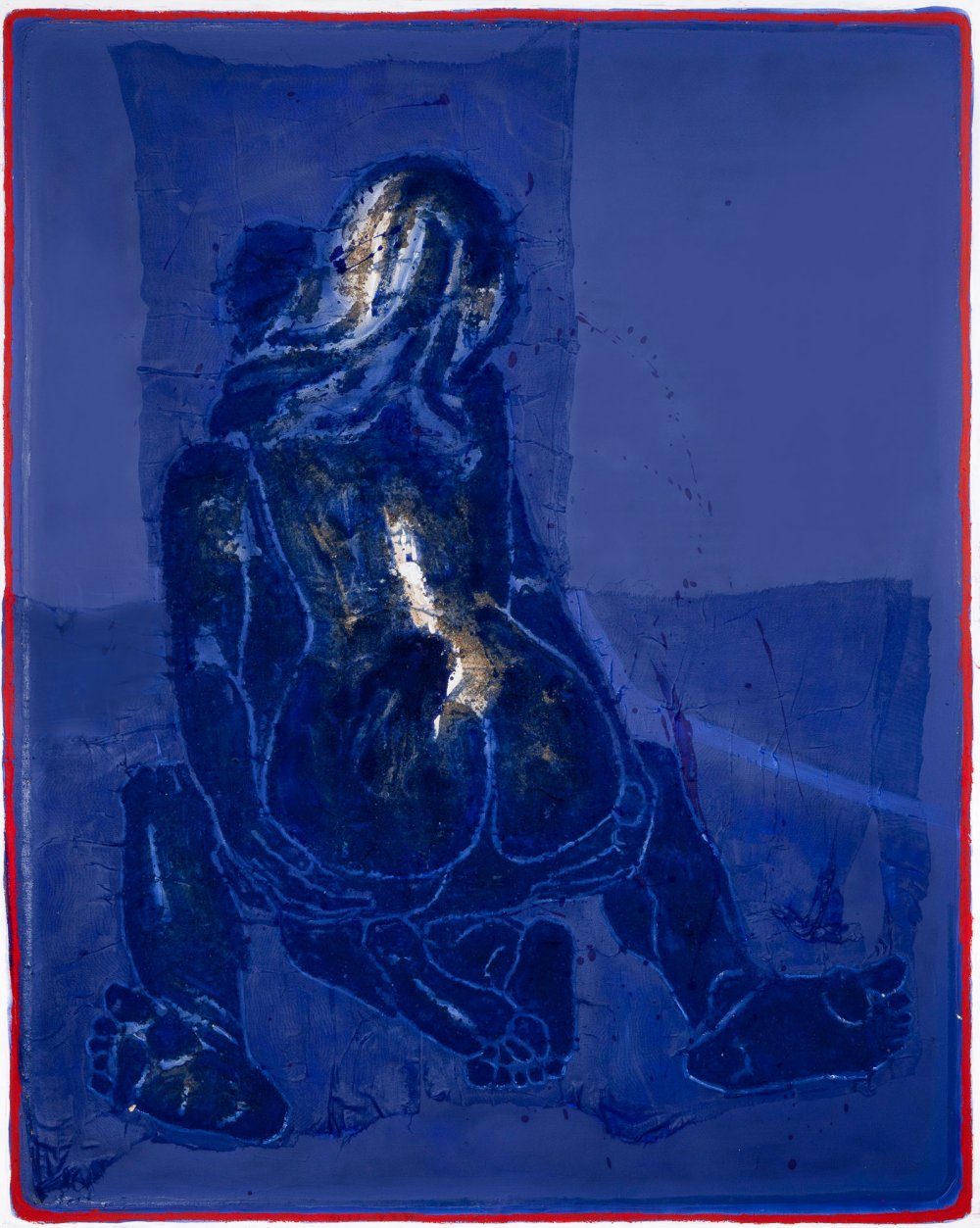 Albana Ejupi
CALL ME FRIEND BUT KEEP ME CLOSER, 2022 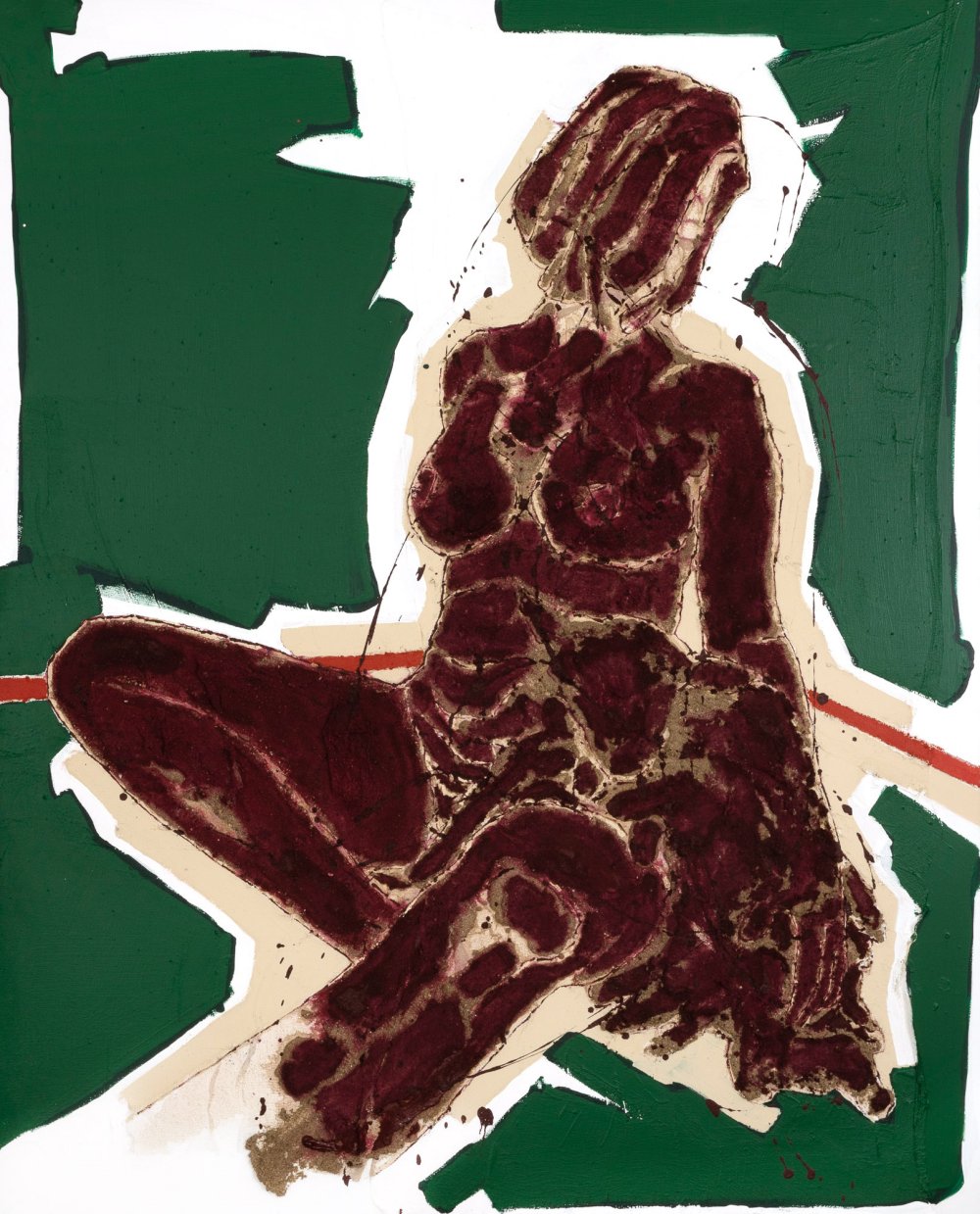 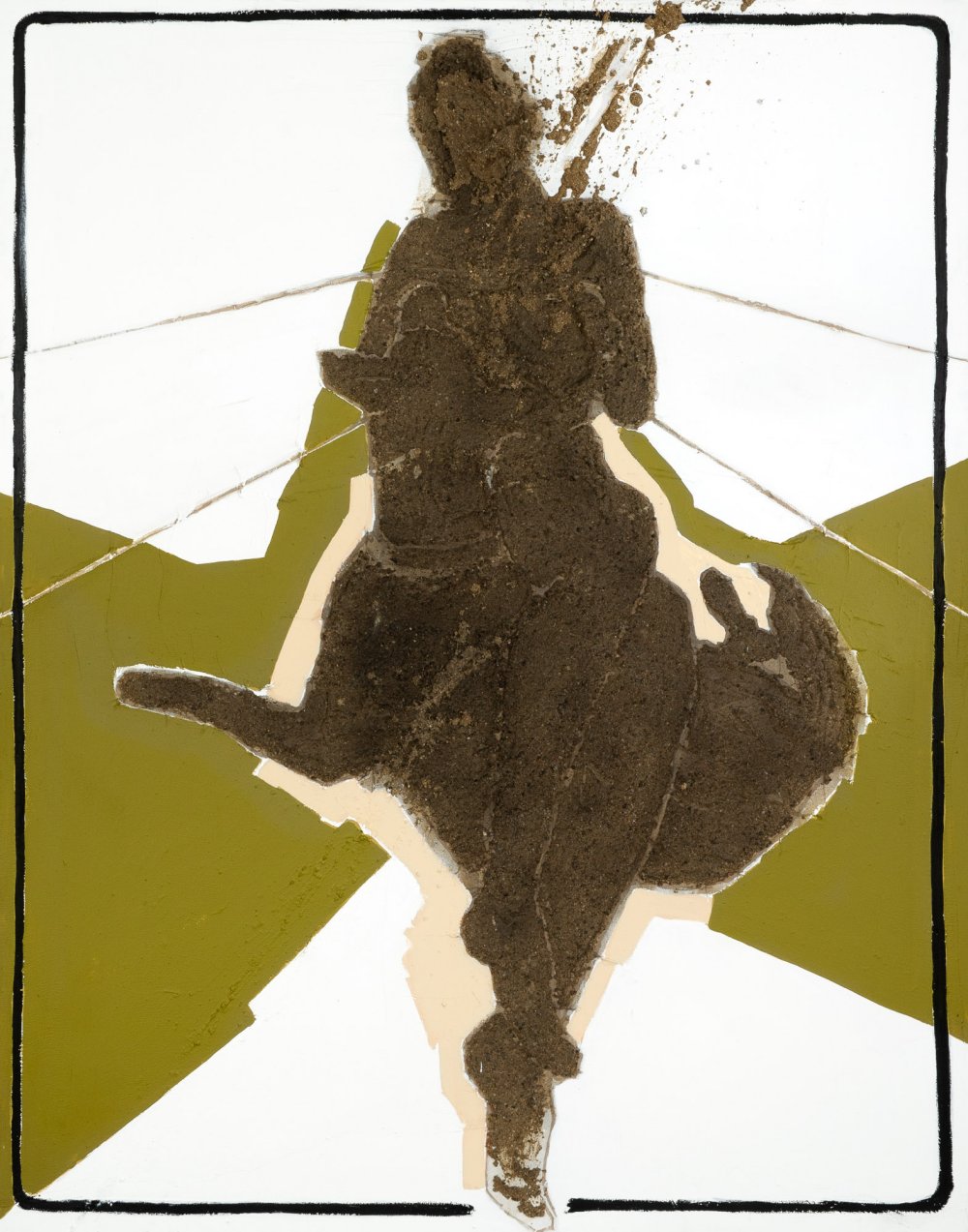 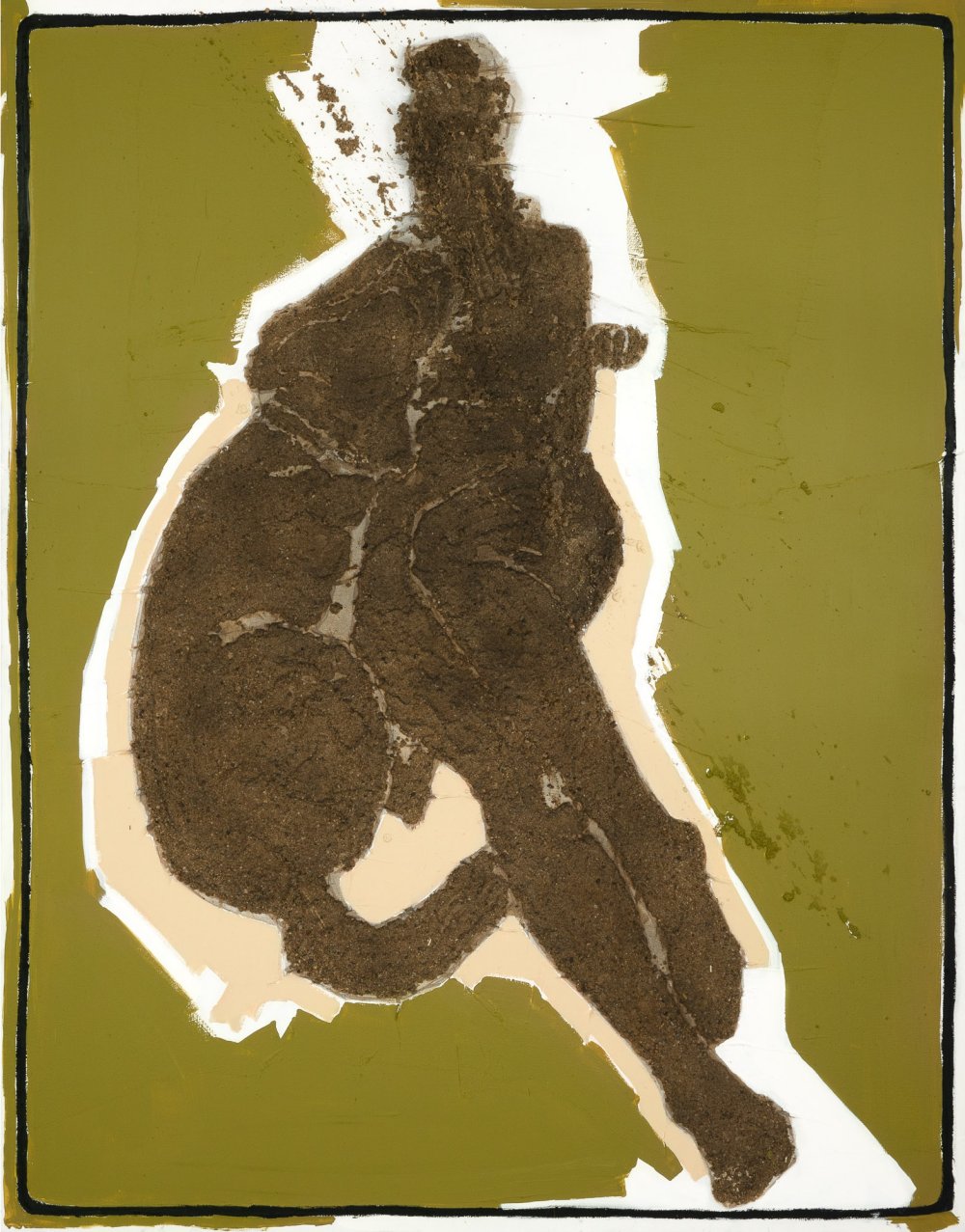 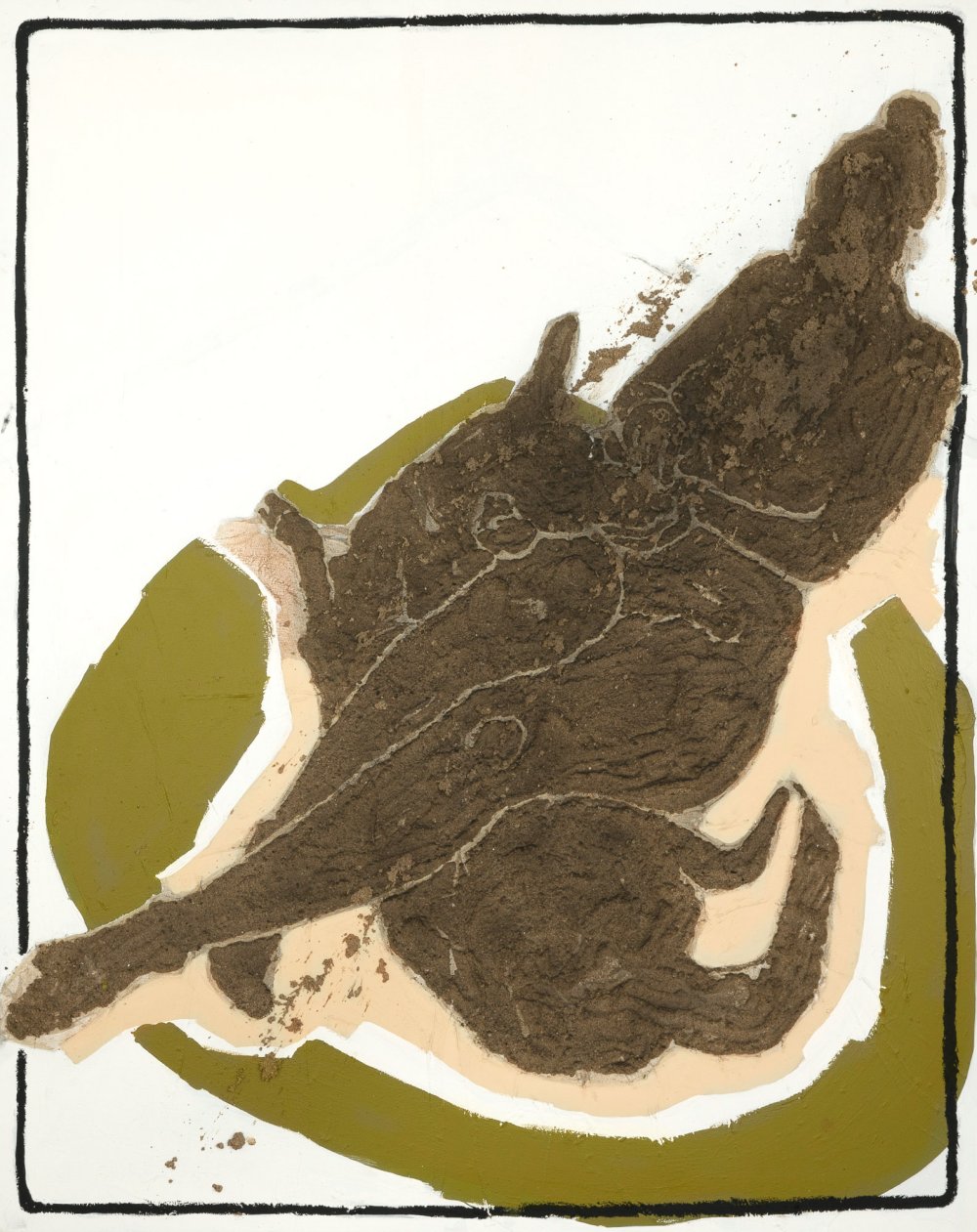 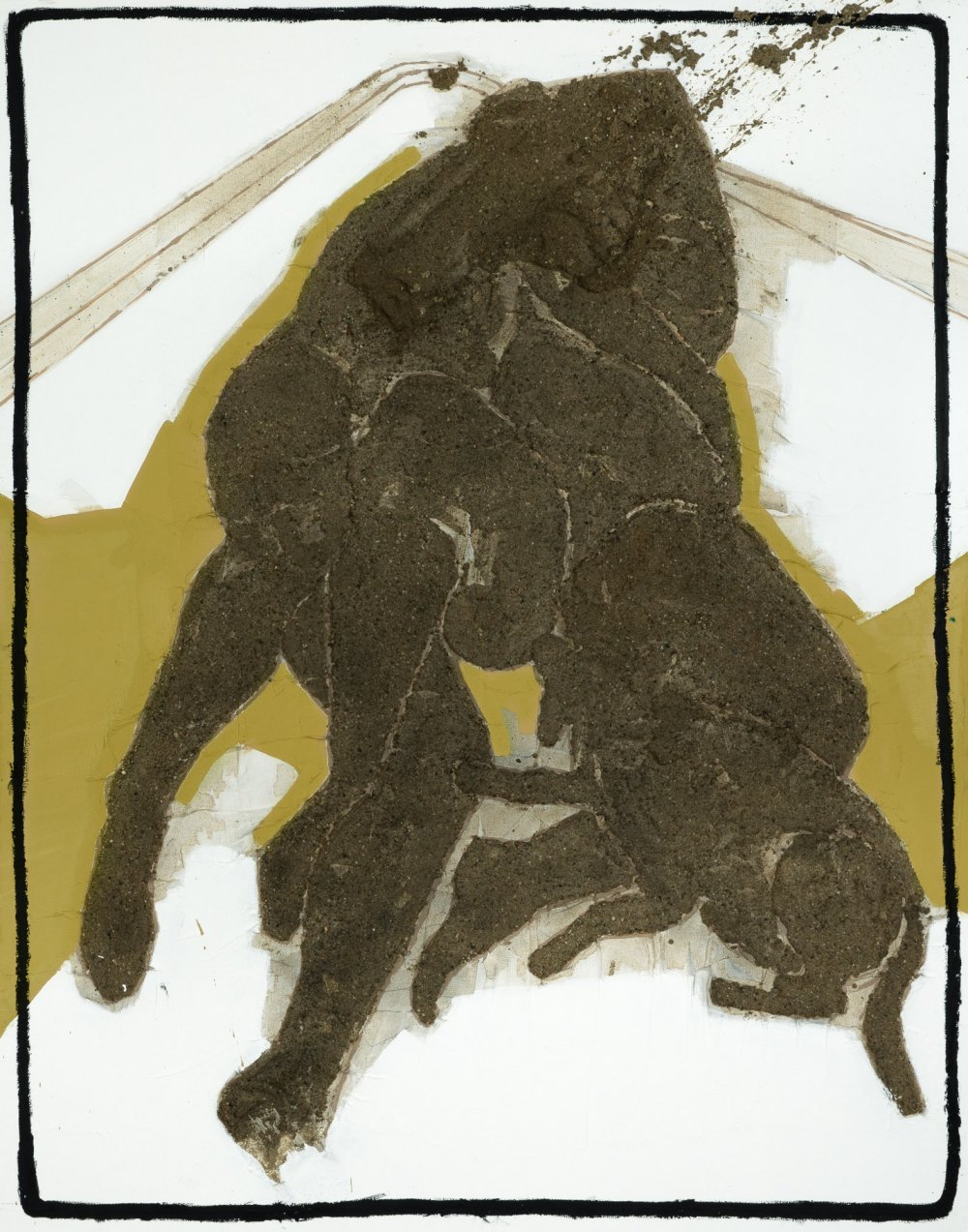 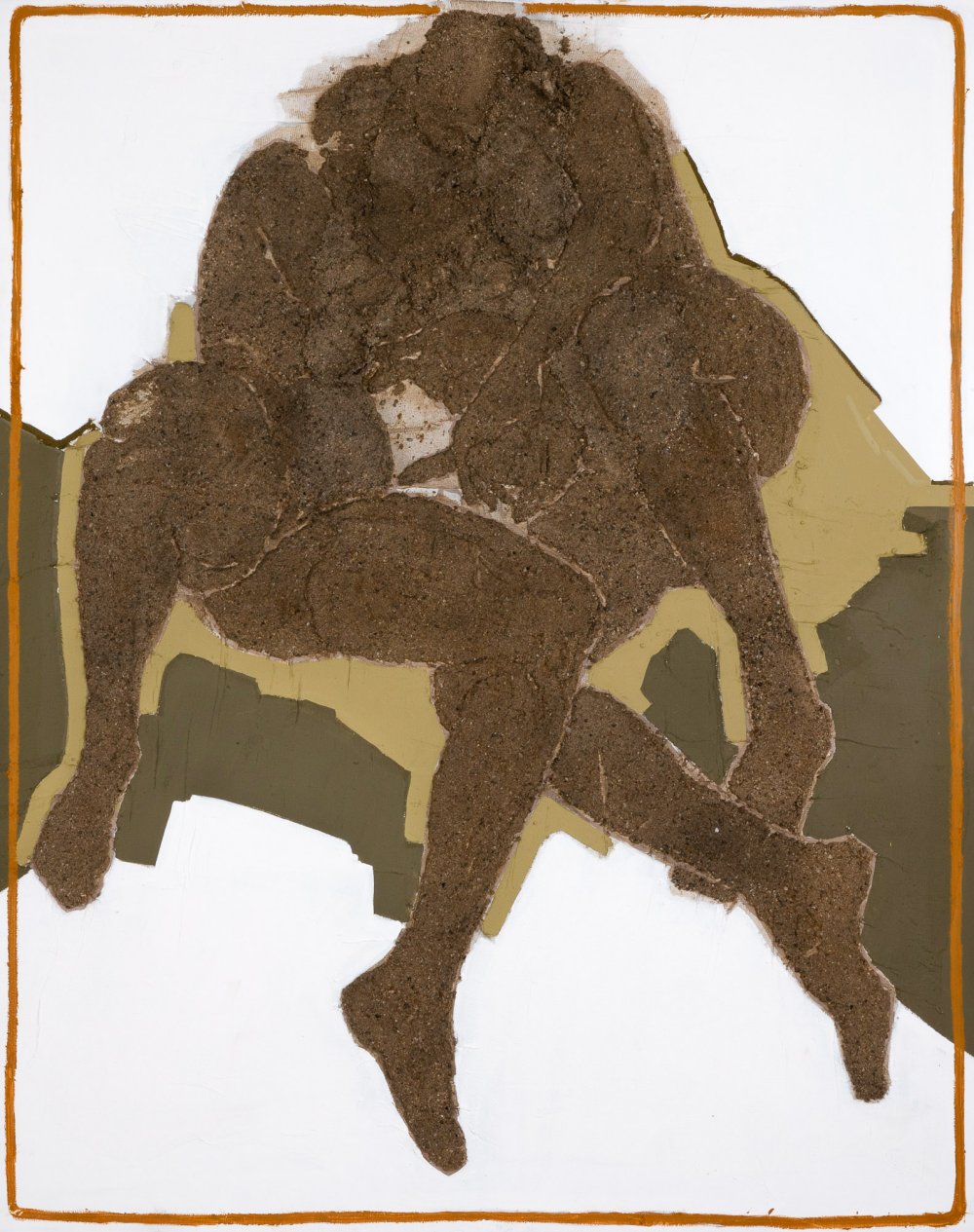 Humans and other animals

“I bet if you checked our DNA, you’d find some potent transfections between us”
(Donna Haraway, The Companion Species Manifesto. Dogs, people, and significant otherness, 2003)

Scientists have long been telling us about genetic similarities between other beings and ourselves and philosophers have regularly tried to remind us that we, too, are animals. Sometimes, artists have joined in. Thus animals like apes have been humanized and humans have been made to look like animals for fun and critique. When pictures showed priest as donkeys and scholars as apes, the animals served as symbols whose “primitivism” was seen as purely negative, thus confirming the irreducible difference between species. Yet, art really only becomes disruptive when it challenges the dominant ways of seeing rather than confirming them. And this is exactly what Albana Ejupi does in her series on humans and other animals, depicting intimate meetings of different species on an equal footing and thus offering a completely new take on the “person with animal” theme from art history. As opposed to the numerous dogs that appear in court paintings, Ejupi’s animals are not status symbols; nor are they signs of any kind, like the dog in Jan van Eyck’s Arnolfini Wedding (1434) who stands for marital fidelity rather than itself. As opposed to this, Ejupi’s animals are there as living creatures, appearing on equal footing with the human subjects of her paintings. She represents the kind of fusional relationship that sometimes exists between animals who instinctively seek out each other’s bodily warmth and comfort and who express their anxiety whenever the other animal moves away. These are dogs seen as companions rather than possessions or pets. Each of Ejupi’s animal paintings shows two or three animals in a symbiotic relationship. Man and animal are equally naked and their limbs seem intertwined. Yet, the impression of unity is not achieved through subject matter alone, but through a fusion of form and content: Ejupi blurs inner boundaries between beings, leaving only silhouettes intact and largely unifying the colors. By doing so, she doesn’t just efface the borders between individuals, but also those between man and animal.

The first impression of her paintings is often one of entanglement. We only see discrete bodies as we slowly develop a mental image of the situation that may have been depicted. By dropping more ordinary versions of what is usually seen as realistic or lifelike depiction – a way of painting in which Ejupi was initially trained in Kosovo – she can come much closer to something which we might call “deep realism”, in the sense of representing a reality which can only be experienced intuitively and would be invisible to the naked eye or ordinary photographs. Largely erasing the differences between skin and fur, she foregrounds a common animality rather than the differences of status and minds that humans usually highlight. One of Ejupi’s works could well be chosen as a future cover image for The Companion Species Manifesto. Dogs, people, and significant otherness (2003), where Donna Haraway exposes her ideas on living together based on her bond with Ms Cayenne Pepper, an Australian Shepherd dog and speaks not only of emotional and genetic connections (“I’m sure our genomes are more alike than they should be”), but also evokes “forbidden conversations” and “oral intercourse”. The latter points towards a taboo which some of Ejupi’s paintings also seem to hint at. In this sense Ejupi’s work has as much to do with contemporary avant-garde thinking and – perhaps more importantly – avant-garde feeling about animals as with the tradition of painting, where themes like Leda and the Swan or The Rape of Europa were depicted at least since Greek antiquity. As opposed to what happens in these mythological stories of an assault by a male God on a reluctant female (something usually blurred by how artists chose to depict these scenes), there is no sign of disagreement – or even intercourse – in Ejupi’s images. So be warned: If you see it, it’s in your mind’s eye. And when you tell Ejupi about one of your impressions, she may well reply (with a certain amusement): “That’s interesting. It’s not at all the way I see it.” This foregrounds another interesting aspect of Ejupi’s technique which is linked to blurred boundaries: She leaves things open. While there are enough details to move our mind, there are never so many as to tie it down. And yet, Ejupi shows enough as to commit to – or at least exhibit – a very specific way of cohabitating with other animals. Thus, the works invite us not only to see our own animality and the relationship to other animals differently, but perhaps also to live it differently than before.

Courtesy of the artist and Lukas Feichtner Galerie, Vienna