The A arte Invernizzi presents a solo exhibition of works by the English artist Alan Charlton. The event is being presented contemporaneously at Annely Juda Fine Art in London. On this occasion, Charlton has created a project that conceptually links the two galleries, even though the exhibitions are independent. 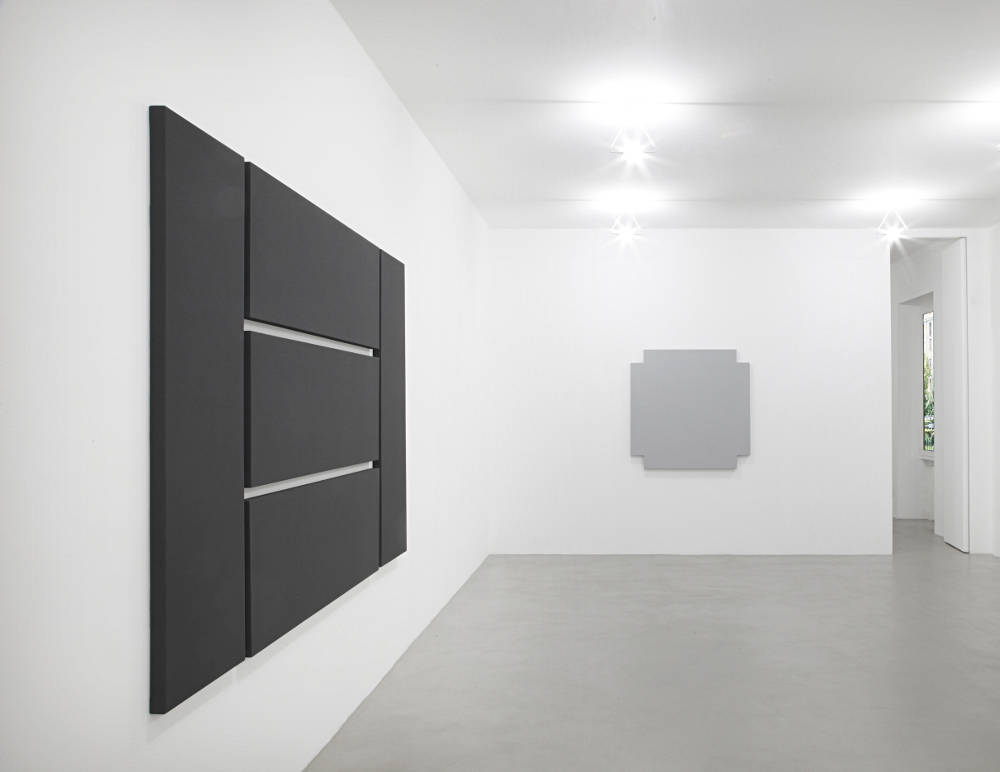 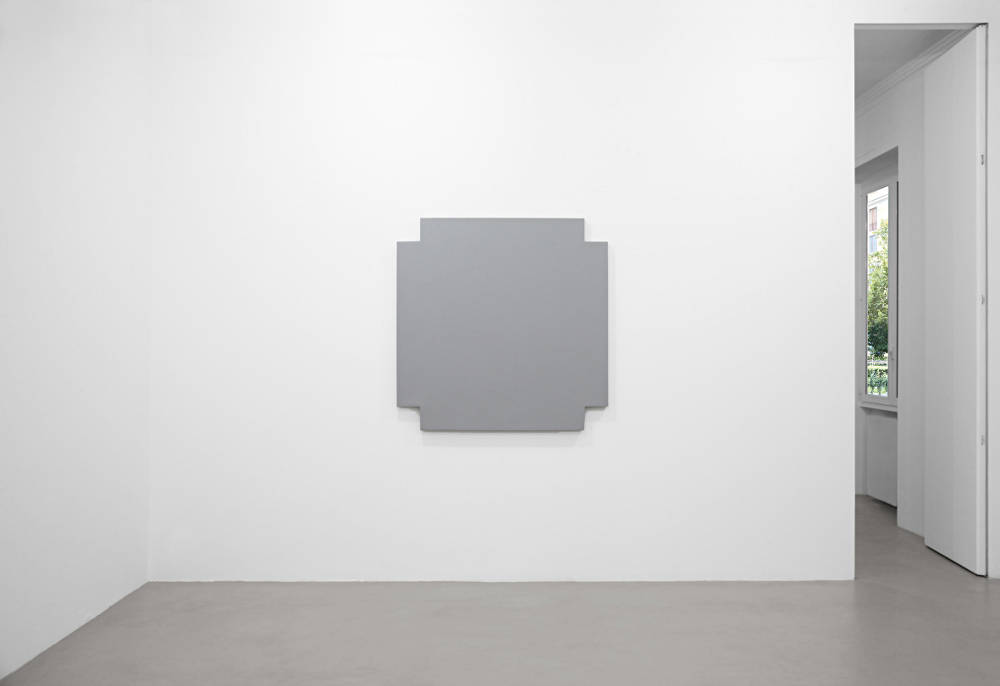 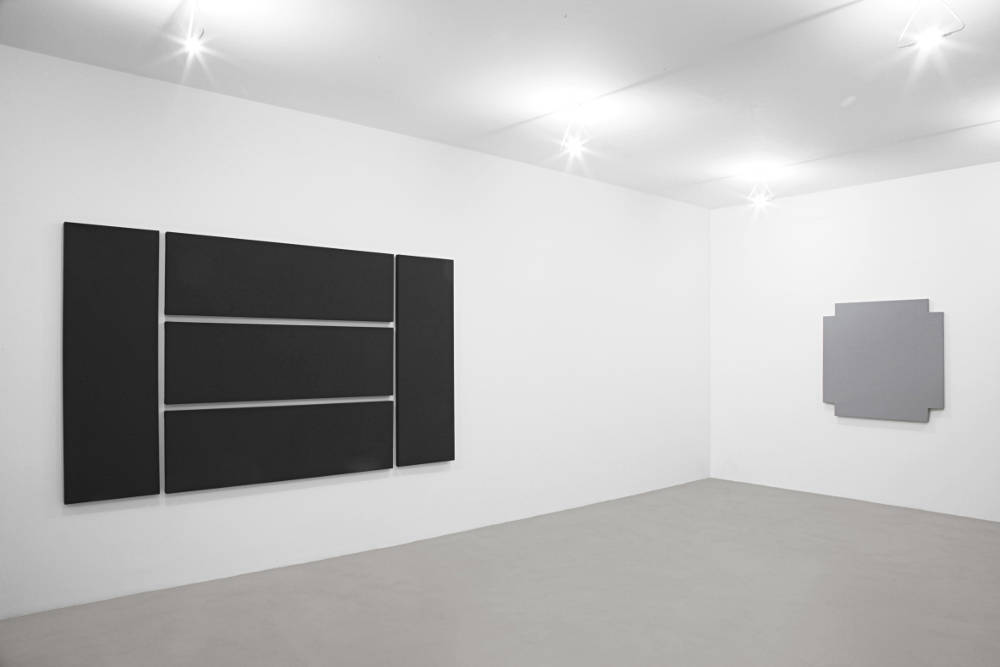 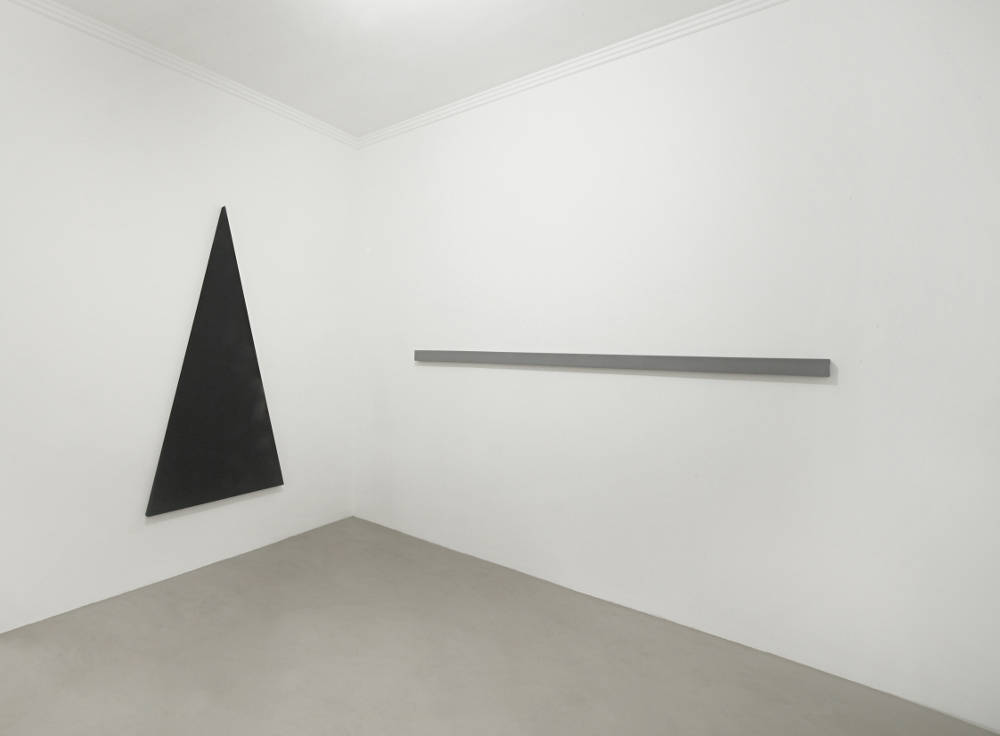 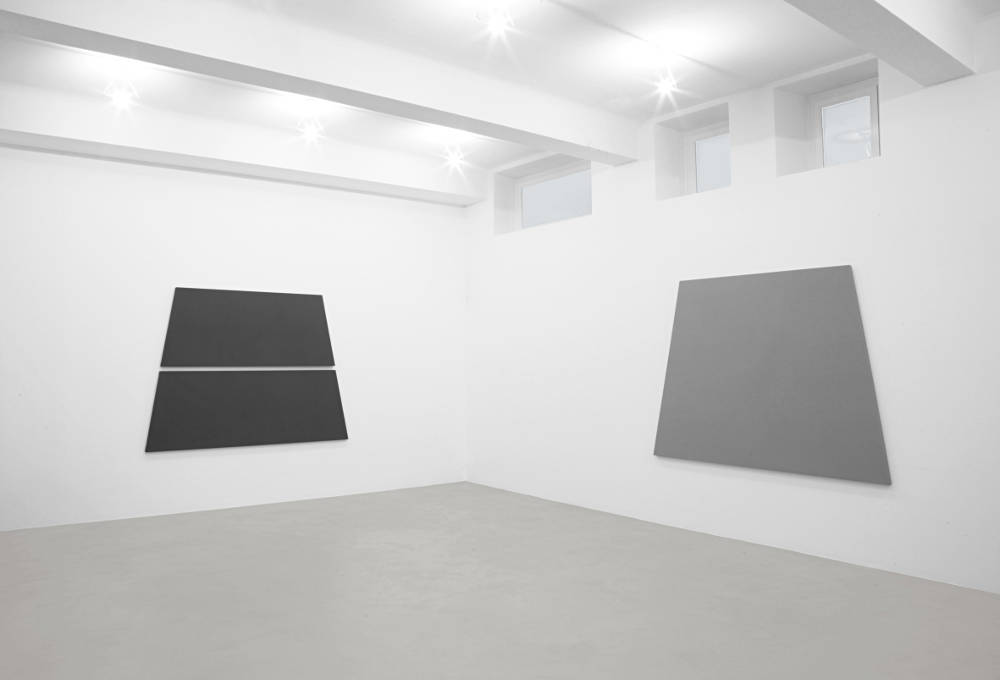 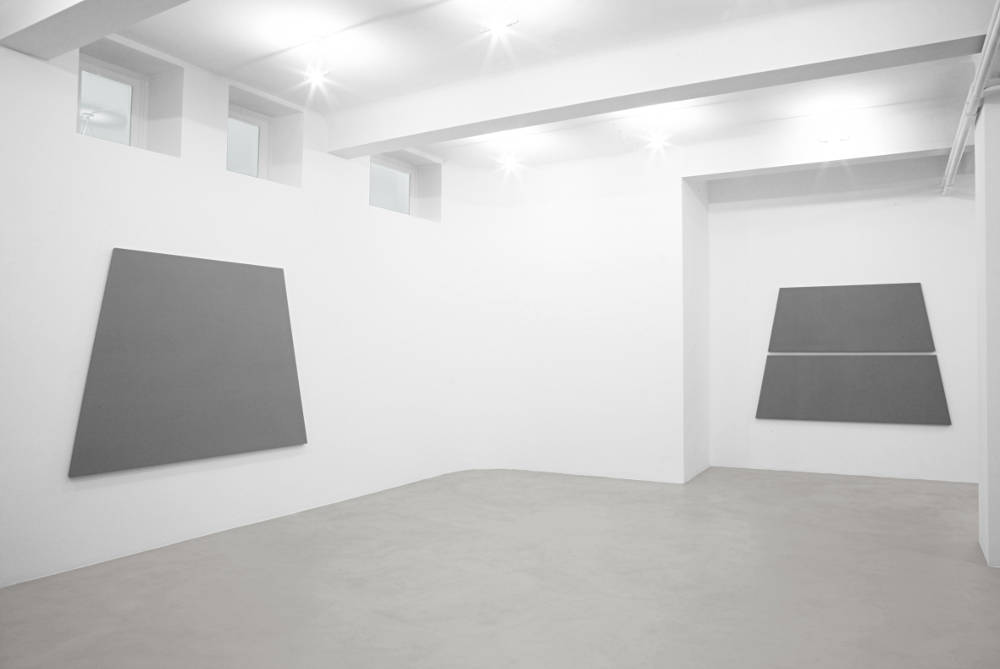 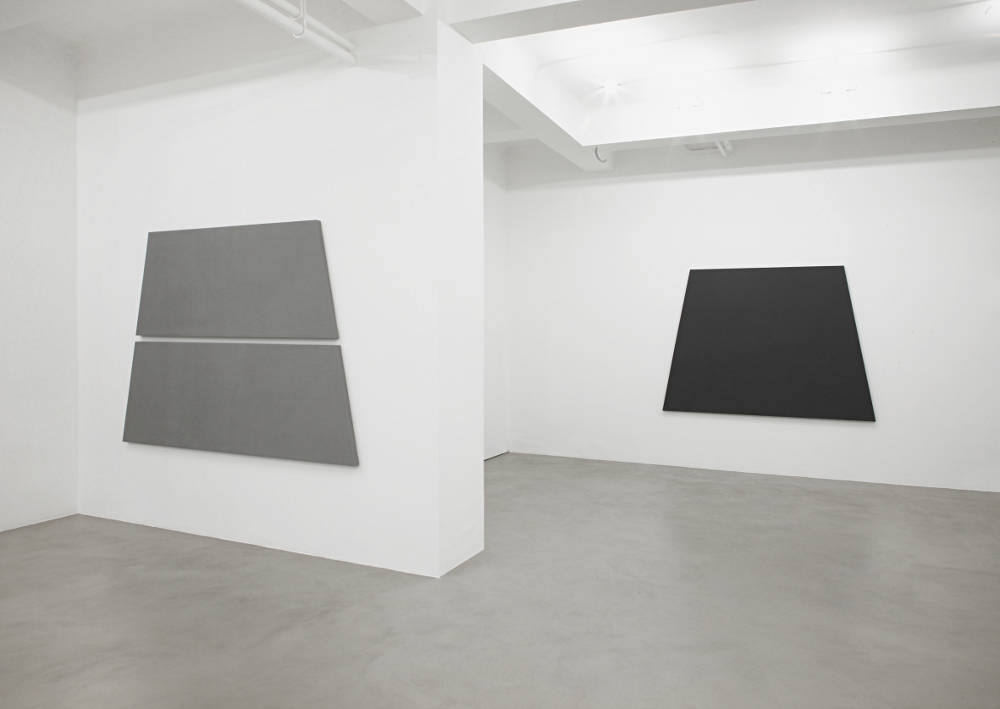 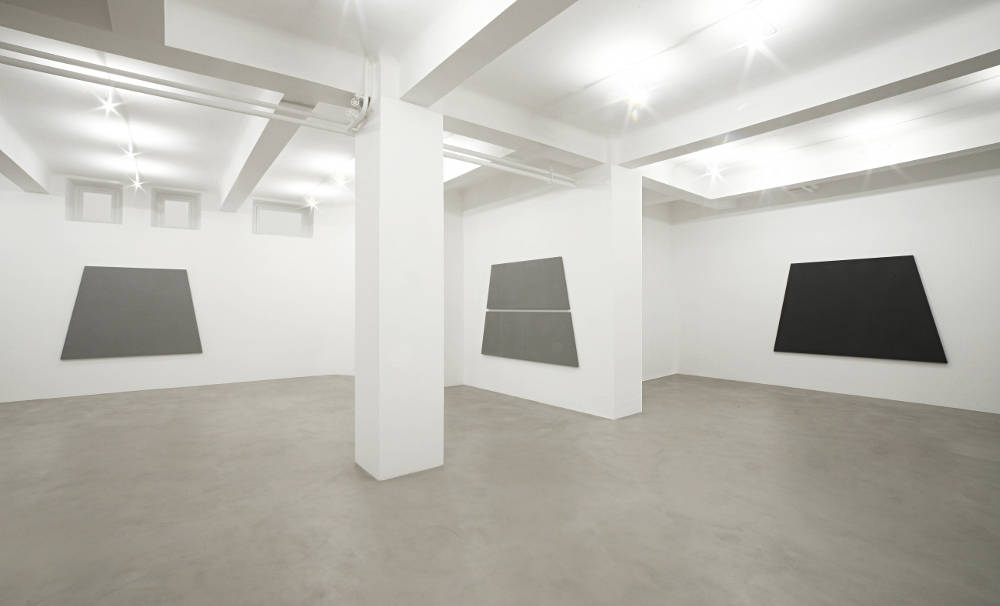 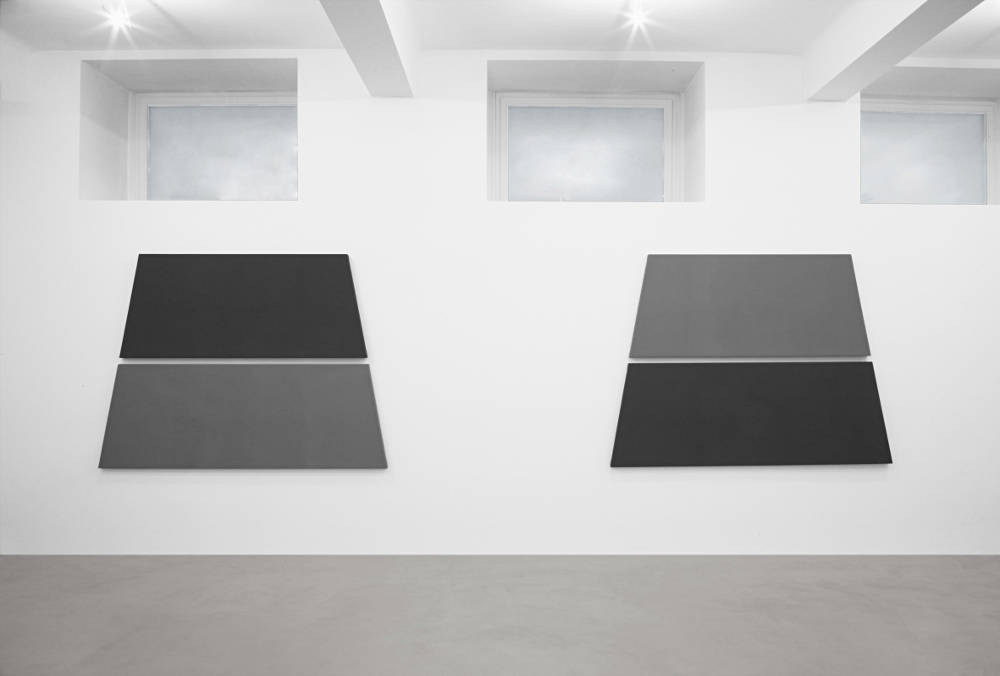 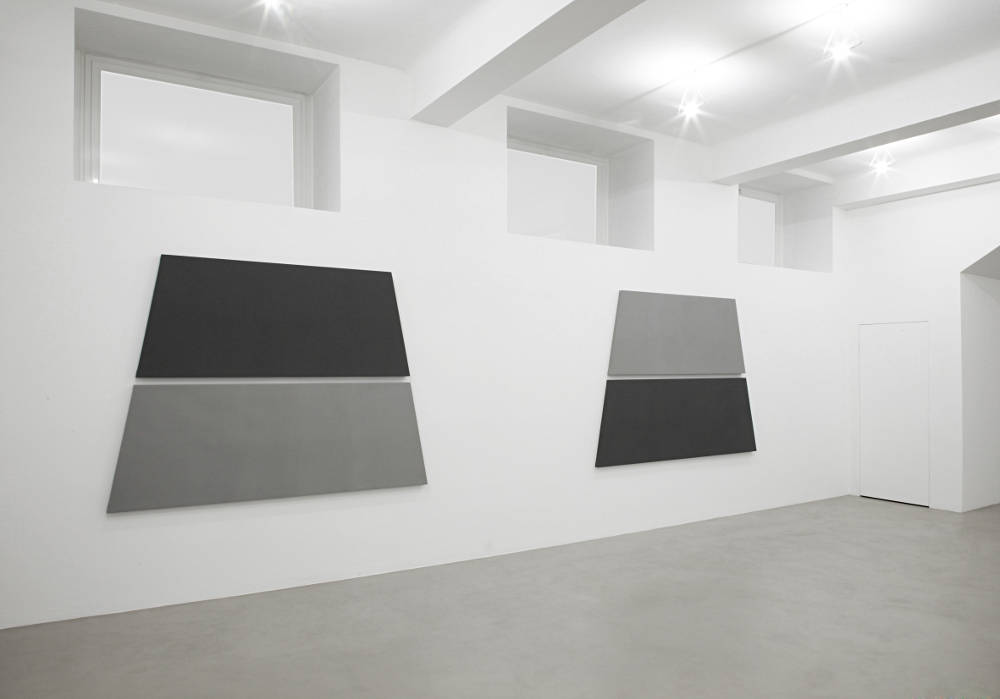 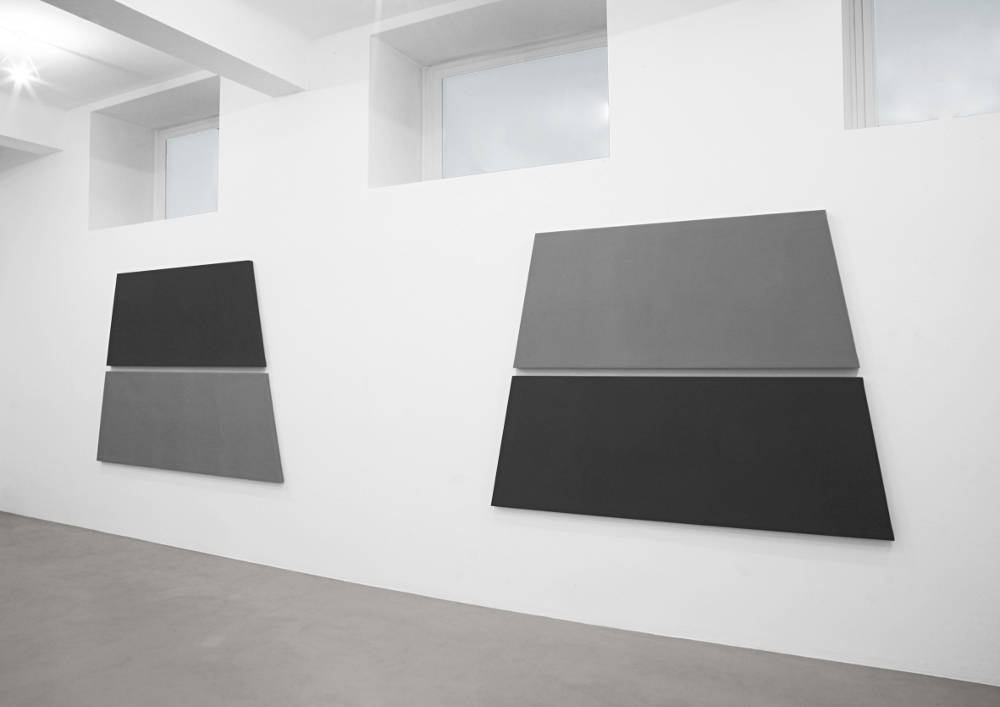 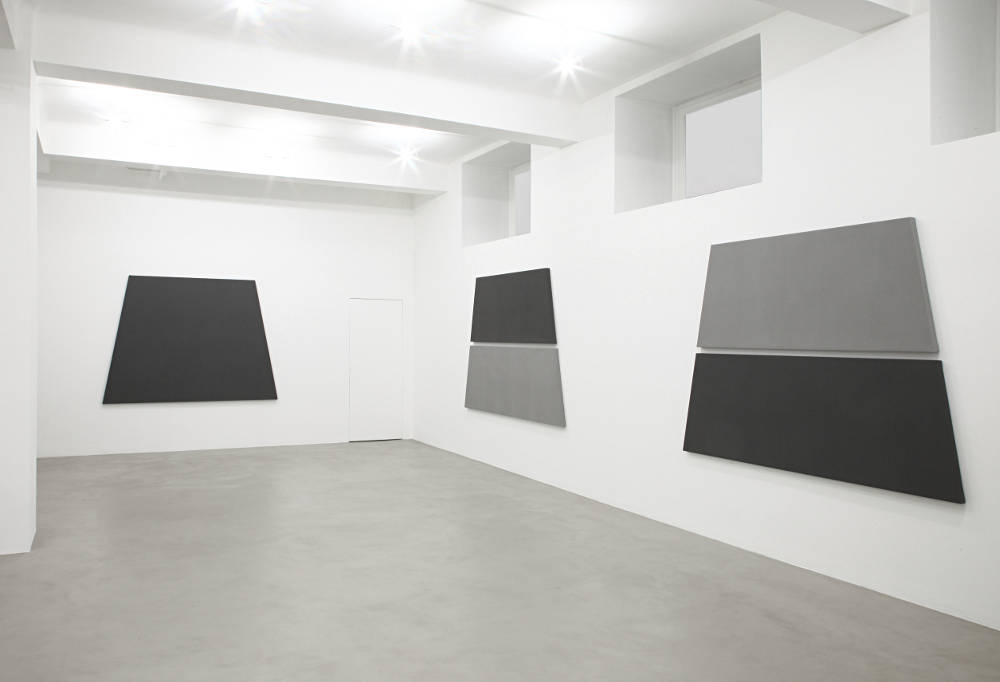 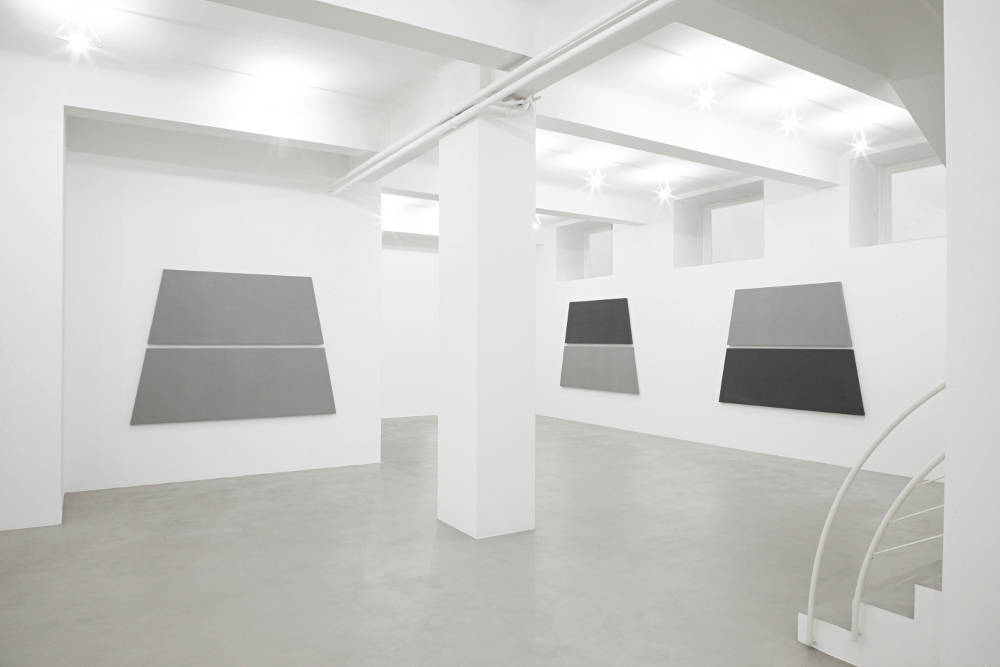 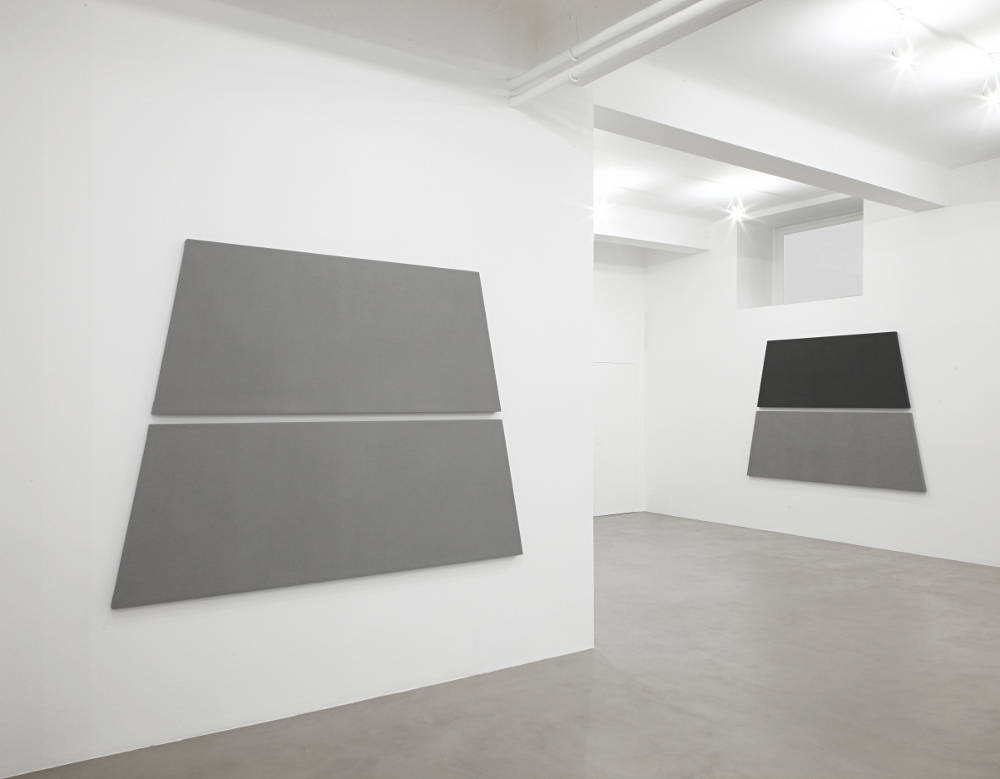 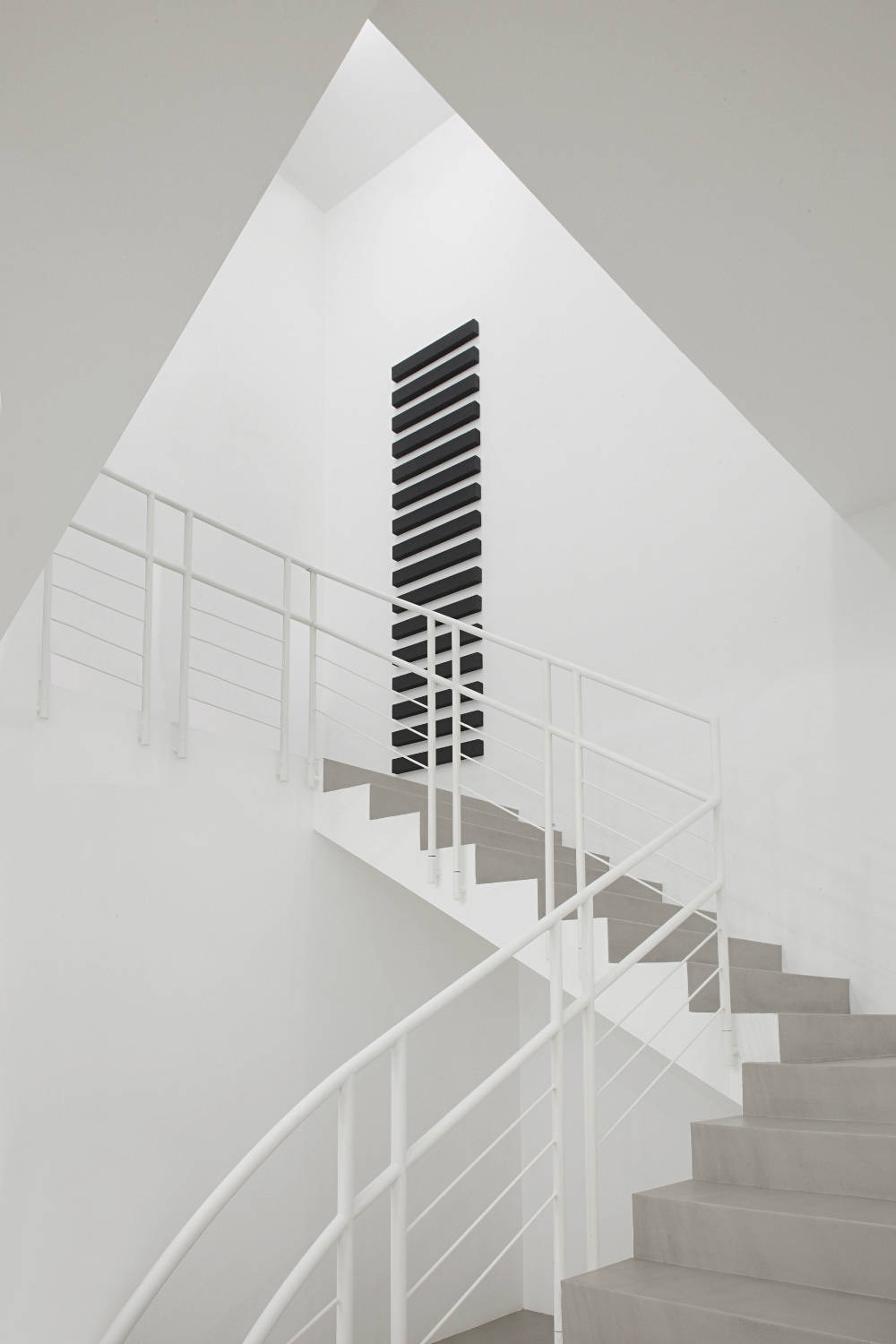 The works chosen by the artist for the spaces in the A arte Invernizzi gallery retrace the salient moments of his artistic research. Ever since 1969, this has involved an investigation of the huge potential for grey monochromes to interact with their setting and with diverse modulations of light, and the items on show cover a period that reaches through to works specially created for this exhibition.

Some important works from the 1990s are on show in the rooms on the upper floor. These include 5 Vertical Parts and 10 Vertical Parts (1993), which examine a number of different geometrical and chromatic possibilities, starting with an overall vision of a number of identical rectangular elements that are shown in a sequence along the wall. During the 2000s, the use of series of canvases installed on the wall led to the creation of the Pyramid Grid Paintings and Triangle Grid Paintings, in which the various elements combined to give form to a triangle, paving the way for the later Triangle Paintings, which consist of a single triangular-shaped canvas. In its most recent evolution, this reaches the point of suggesting the structure of a triangle, as a segmented geometrical shape, as we see in works like Triangle in 5 Parts (2016).

On the lower floor there are works, specially made for this exhibition, which constitute a further analysis of the structure, which in this case truncates the triangular shape, giving rise to trapezoidal works. As Antonella Soldaini writes: “in all of Charlton’s works, what is striking is their powerful physical tangibility. Their autonomy, absolute lack of any referentialism, their strict consistency, and the way they impose themselves on the eye of the viewer all creates an enigmatic atmosphere that becomes ever more elusive the more one tries to pin it down. […] When we come up against the timeless dimension of the artist’s canvases, and the way they are fully in the here and now, we find ourselves, by contrast, in contact with our own finiteness, and with our own limitations and fragility.”

For the exhibition, a bilingual monographic book will be published in collaboration with Annely Juda Fine Art, with an essay by Antonella Soldaini, texts by Barry Barker and Emile Charlton together with illustrations and an updated bio-bibliographic section.