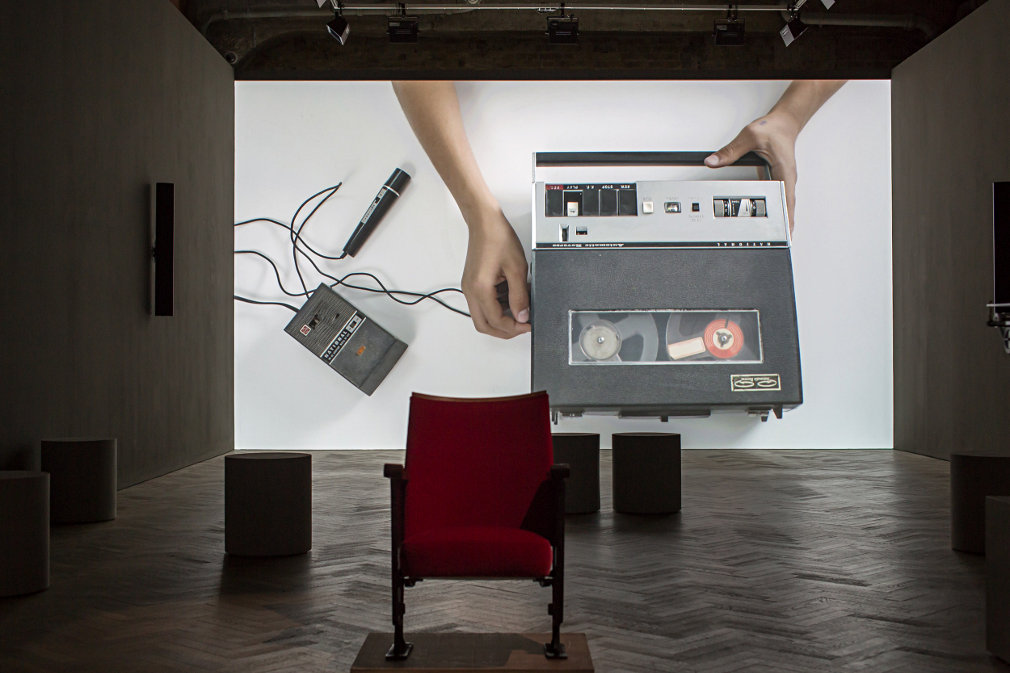 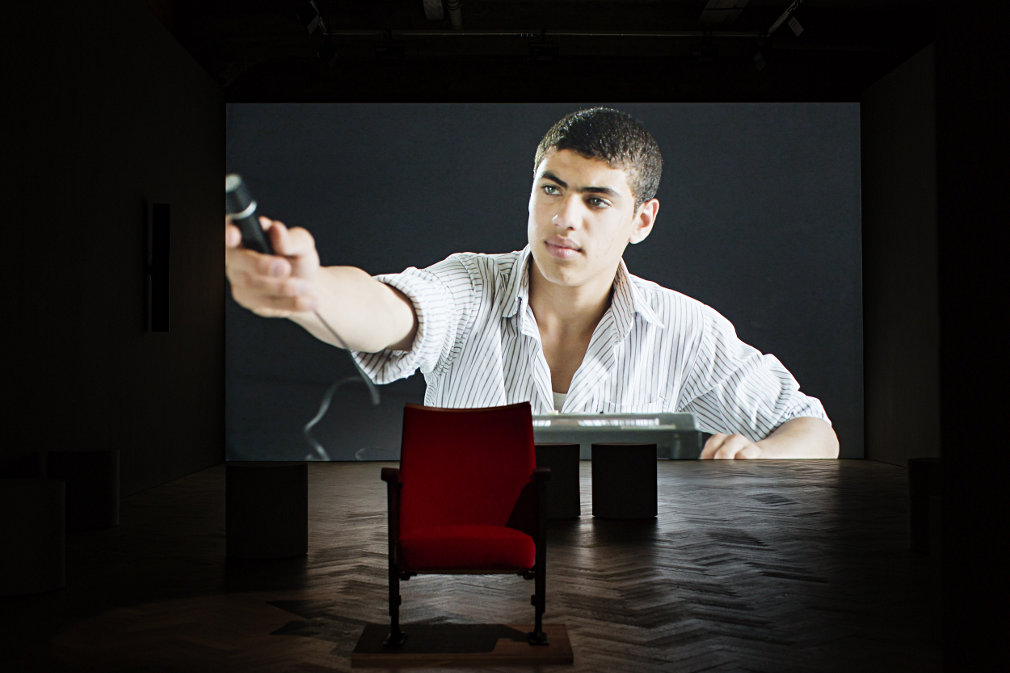 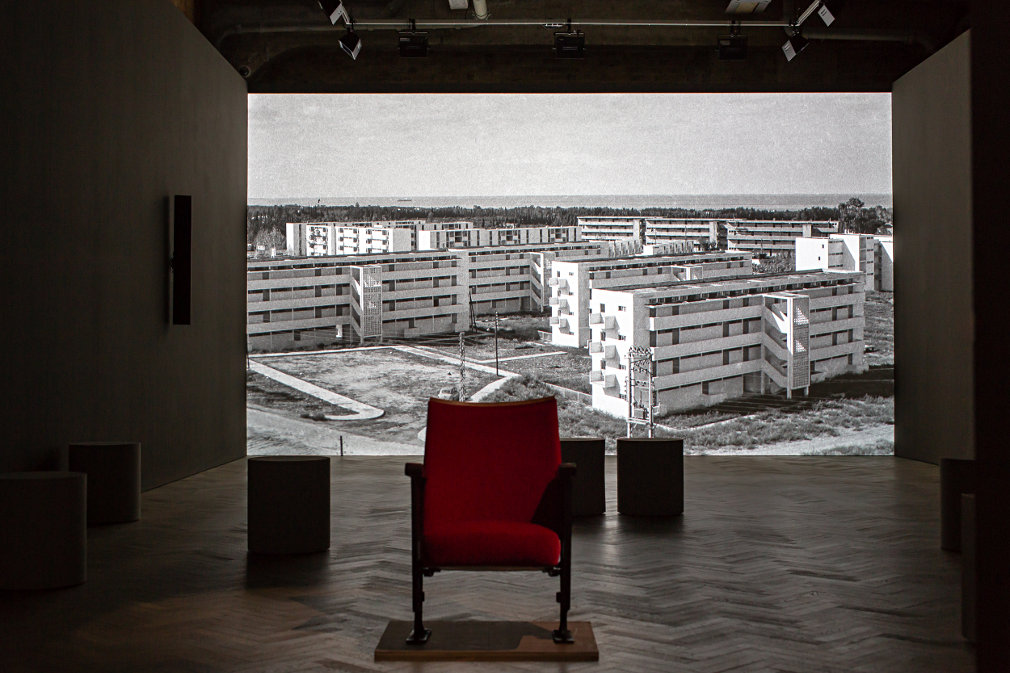 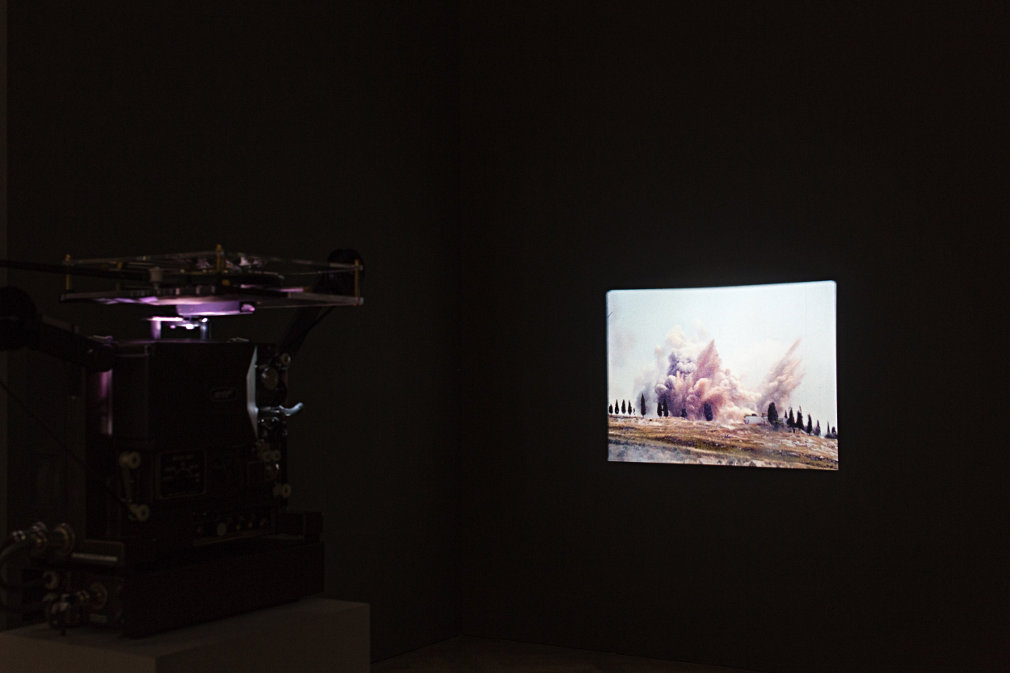 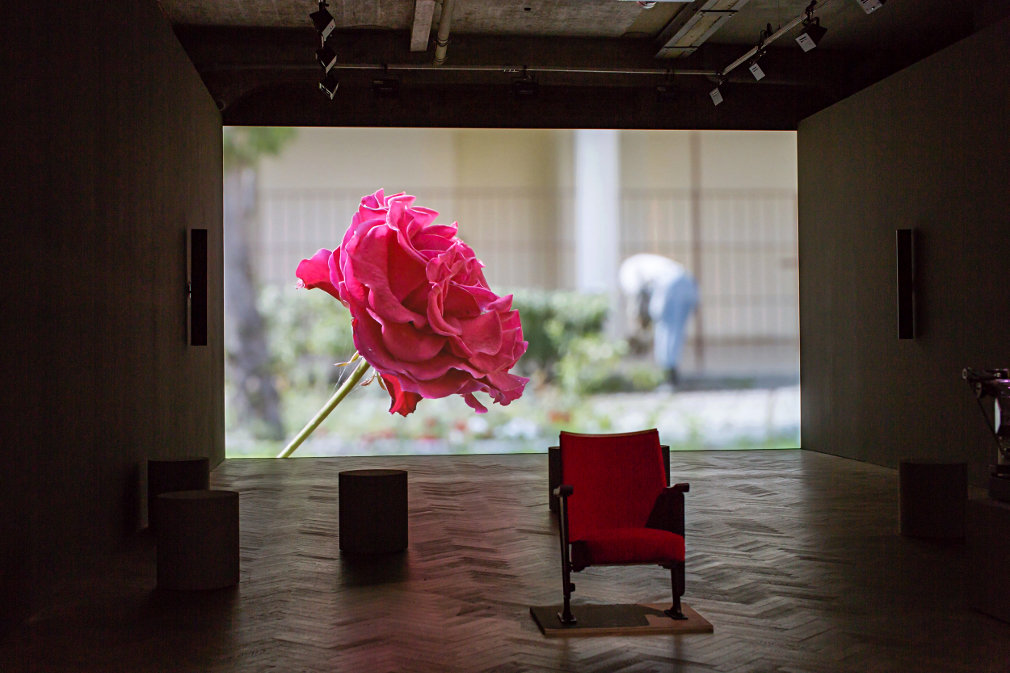 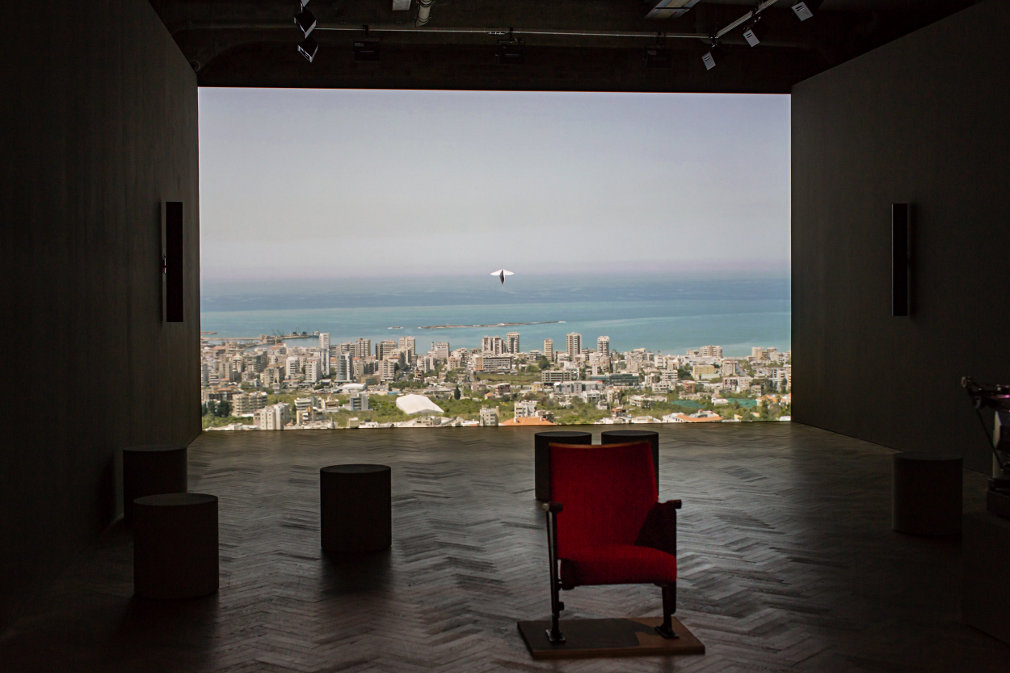 In the summer of 1982, a rumor made the rounds of a small city in South Lebanon, which was under Israeli occupation at the time. It was said that a fighter pilot in the Israeli air force had been ordered to bomb a target on the outskirts of Saida, but knowing the building was a school, he refused to destroy it. Instead of carrying out his commanders’ orders, the pilot veered off course and dropped his bombs in the sea. It was said that he knew the school because he had been a student there, because his family had lived in the city for generations, because he was born into Saida’s Jewish community before it disappeared.

As a boy, Akram Zaatari grew up hearing ever more elaborate versions of this story, for his father had been the director of the school for twenty years. In many ways, the Israeli invasion of Lebanon had been the backdrop to his education as an artist, as he began documenting the world around him by photographing explosions and recording the sounds of fighter jets. Decades later, during a public conversation with the Israeli filmmaker Avi Mograbi, Zaatari retold the pilot’s story in his own words, turning it into a fable and perhaps a truthful fiction. Then, after the transcript of the talk was published in a book, Zaatari discovered it wasn’t a rumor. The pilot was real.

Born and raised on a kibbutz, Hagai Tamir had never set foot in South Lebanon, but like Zaatari he had studied architecture, and he knew a schoolhouse (or hospital) when he saw one. His refusal to bomb the building had remained a secret, known only among small circles, for twenty years, until the day came when he found it useful to speak. That was ten years ago in Israel. Now, across a border still defined by a state of war, Zaatari has picked up the other side of an impossible correspondence.

Letter to a Refusing Pilot reflects on the many complexities, ambiguities and consequences of refusal as a decisive and generative act. Taking as its title a nod to Albert Camus’ four-part epistolary essay “Letters to a German Friend,” the work not only extends Zaatari’s interest in excavated narratives and the circulation of images in times of war, it also raises crucial questions about national representation and perpetual crisis by reviving Camus’s plea: “I should like to be able to love my country and still love justice.”

Three years after his first exhibition at Thomas Dane Gallery, Akram Zaatari is presenting Letter to a Refusing Pilot, 2013 in the UK for the first time, since its first release at the Serralves Museum, Porto and Kunsthaus Zürich.

Akram Zaatari (born 1966 in Lebanon, lives and works in Beirut) has produced more than forty videos, a dozen books, and countless installations of photographic material, all pursuing a range of interconnected themes, subjects, and practices related to excavation, political resistance, the lives of former militants, the legacy of an exhausted left, intimacies among men, the circulation of images in times of war, and the play of tenses inherent to various letters that have been lost, found, buried, discovered, or otherwise delayed in reaching their destinations. Zaatari has played a critical role in developing the formal, intellectual, and institutional infrastructure of Beirut’s contemporary art scene. He was one of a handful of young artists who emerged from the delirious but short-lived era of experimentation in Lebanon’s television industry, which was radically reorganized after the country’s civil war. As a co-founder of the Arab Image Foundation, a groundbreaking, artist- driven organization devoted to the research and study of photography in the region, he has made invaluable and uncompromising contributions to the wider discourse on preservation and archival practice. Zaatari’s work has been featured at Documenta13 in 2012 and at the Venice Bienniale in 2013.