Jack Bell Gallery presents a body of paintings by Ajarb Bernard Ategwa. In this new series, the artist introduces patterns from Cameroonian ‘Caba’ textiles. He works with portrait formats and draws on subjects from a neighbourhood photo studio. This will be his eighth solo exhibition at the gallery. 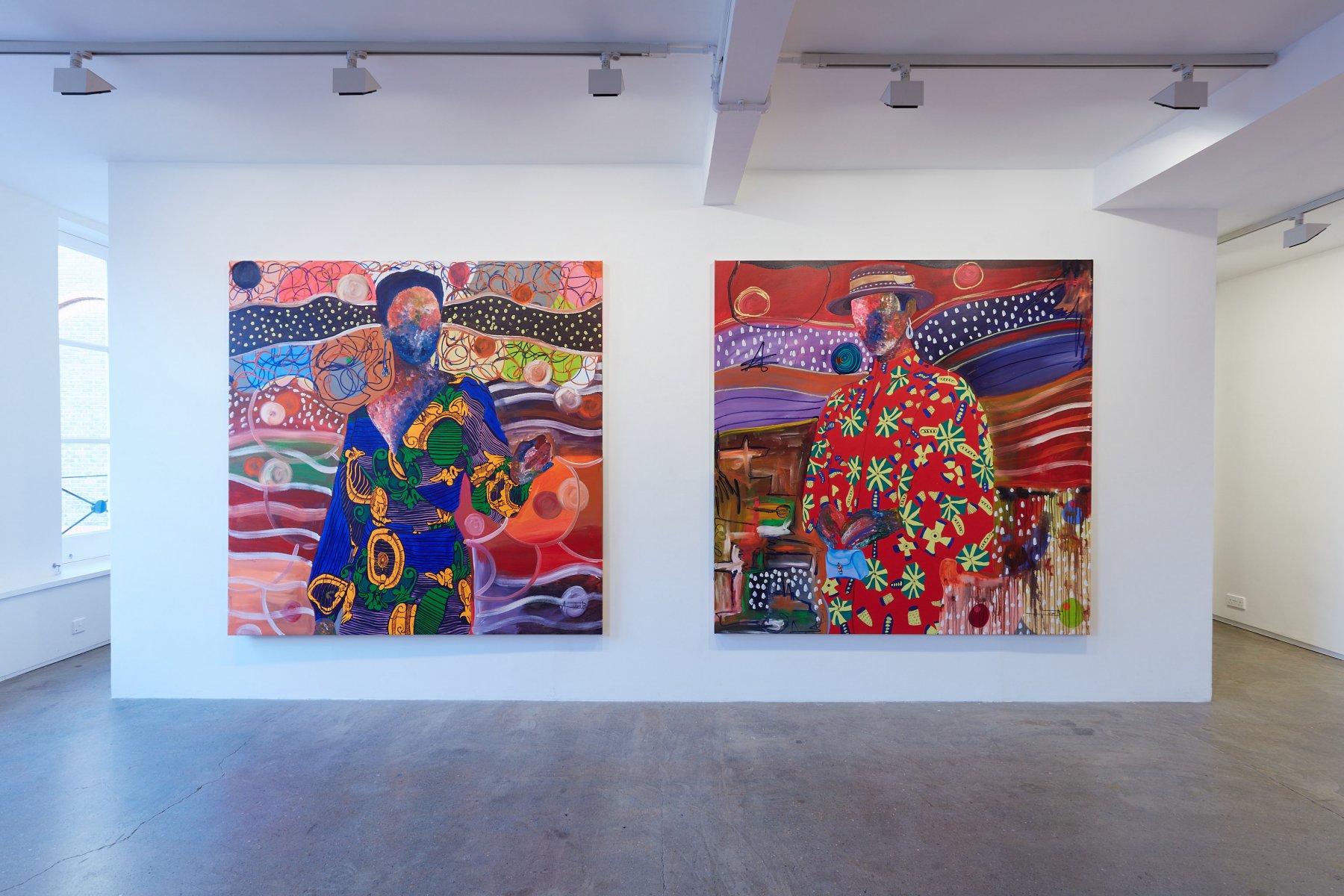 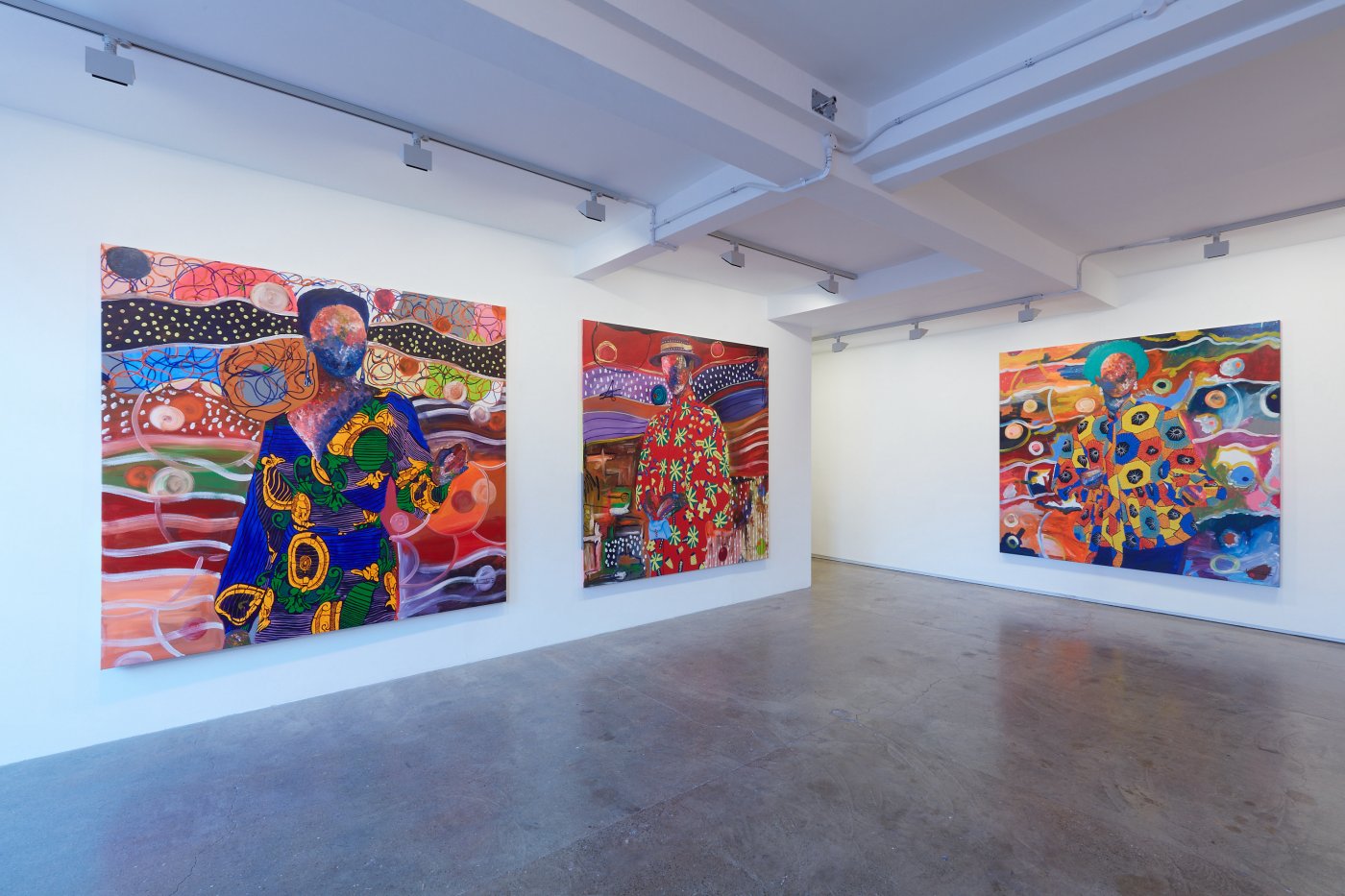 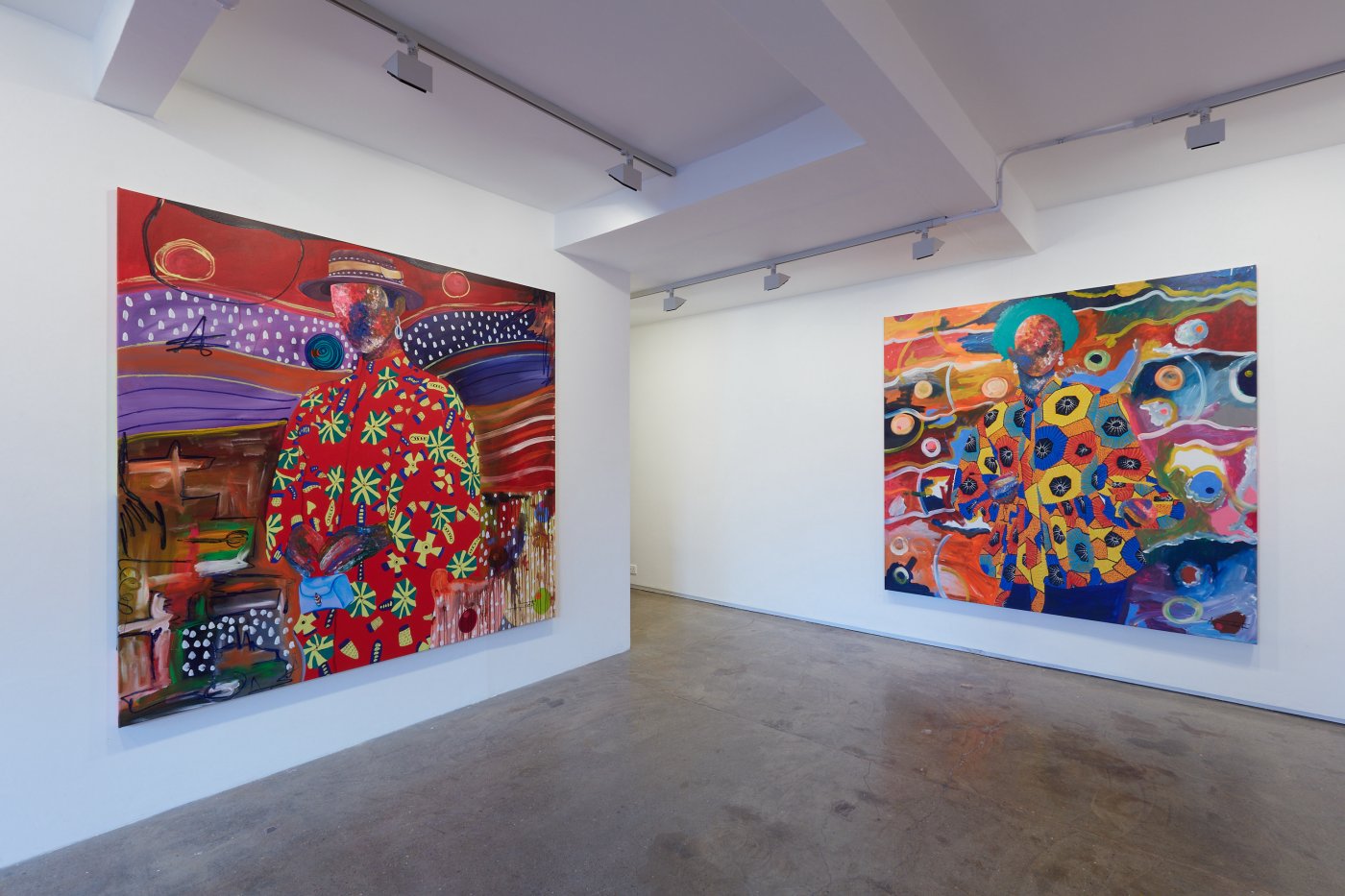 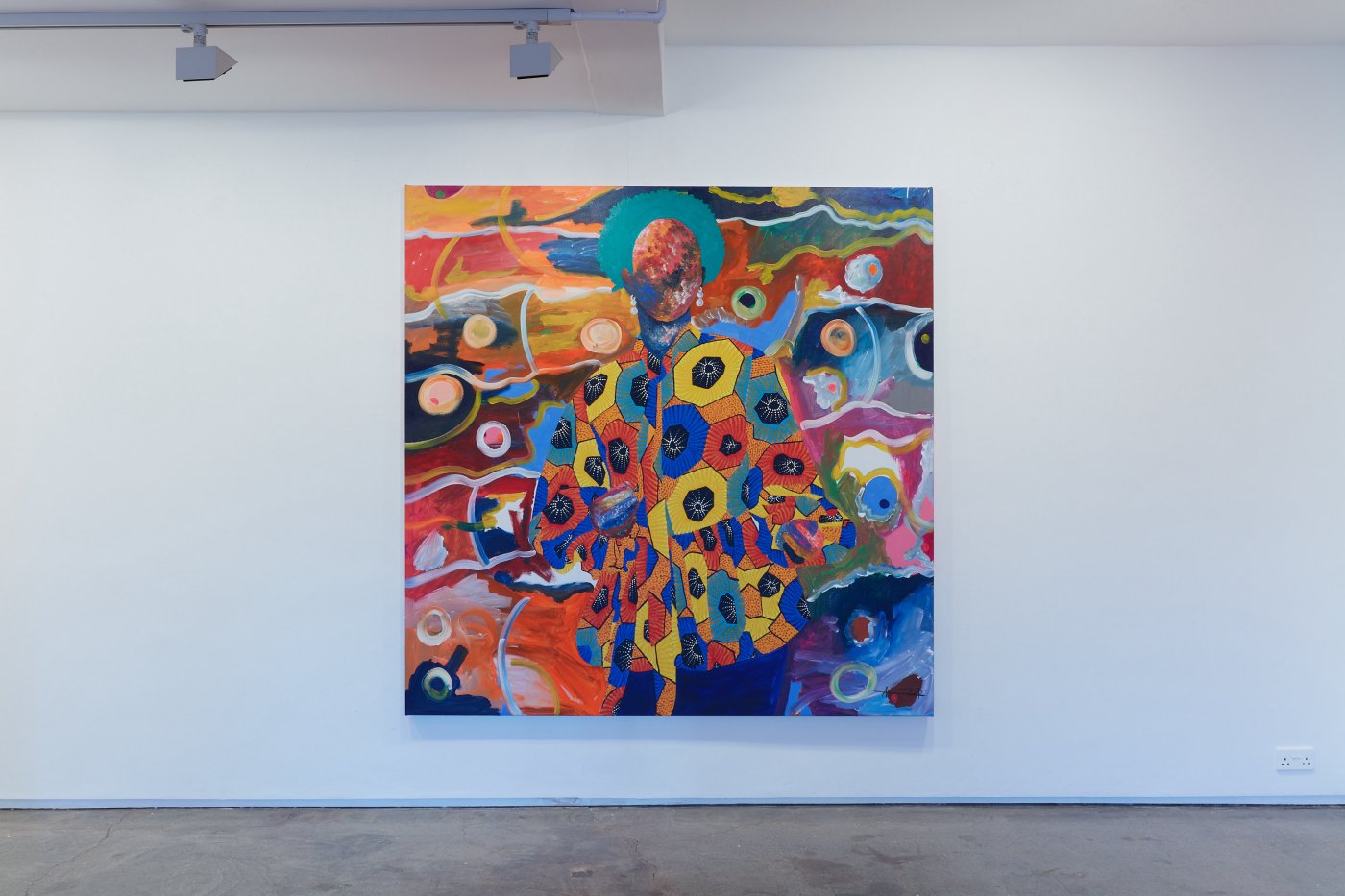 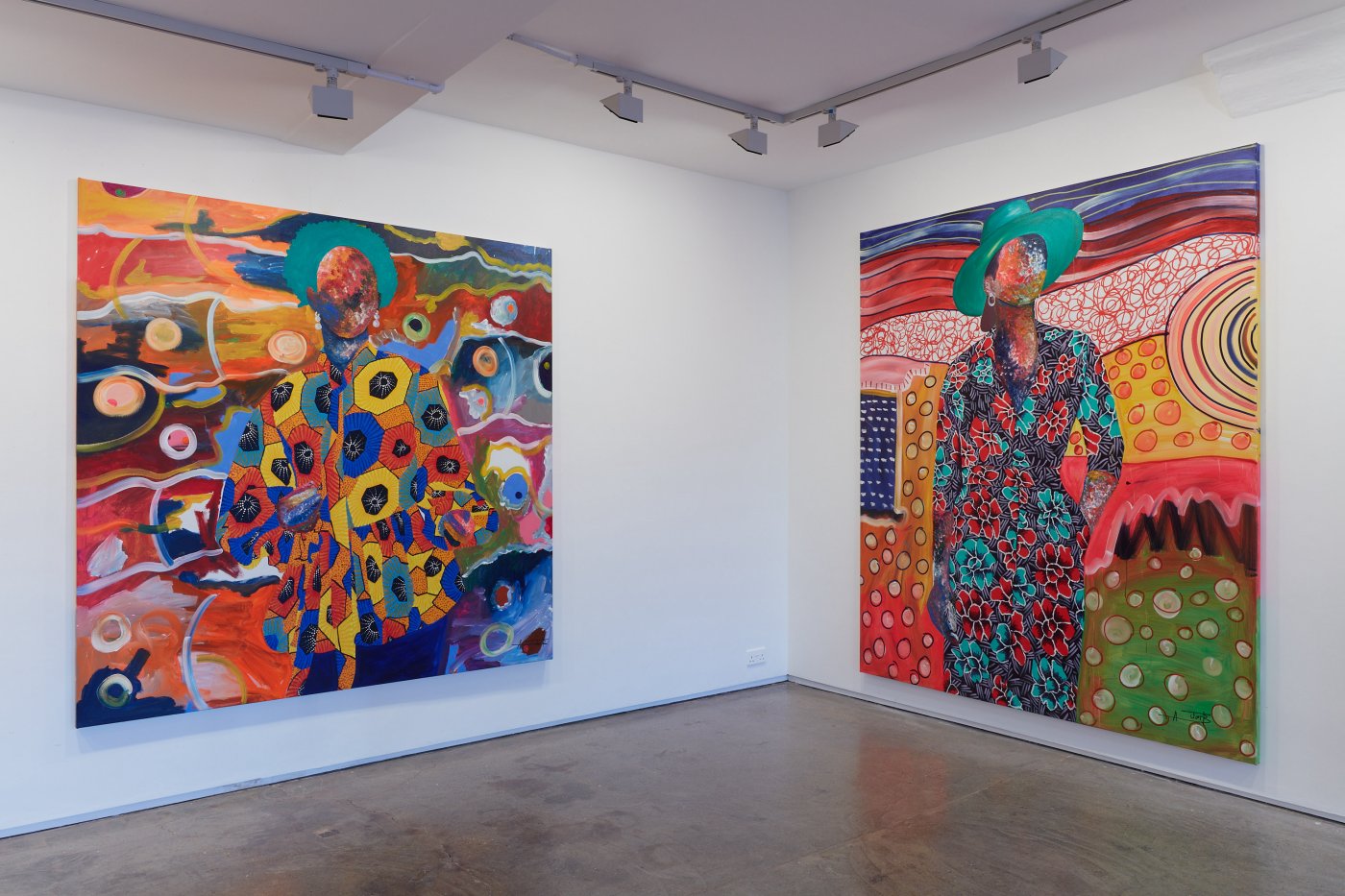 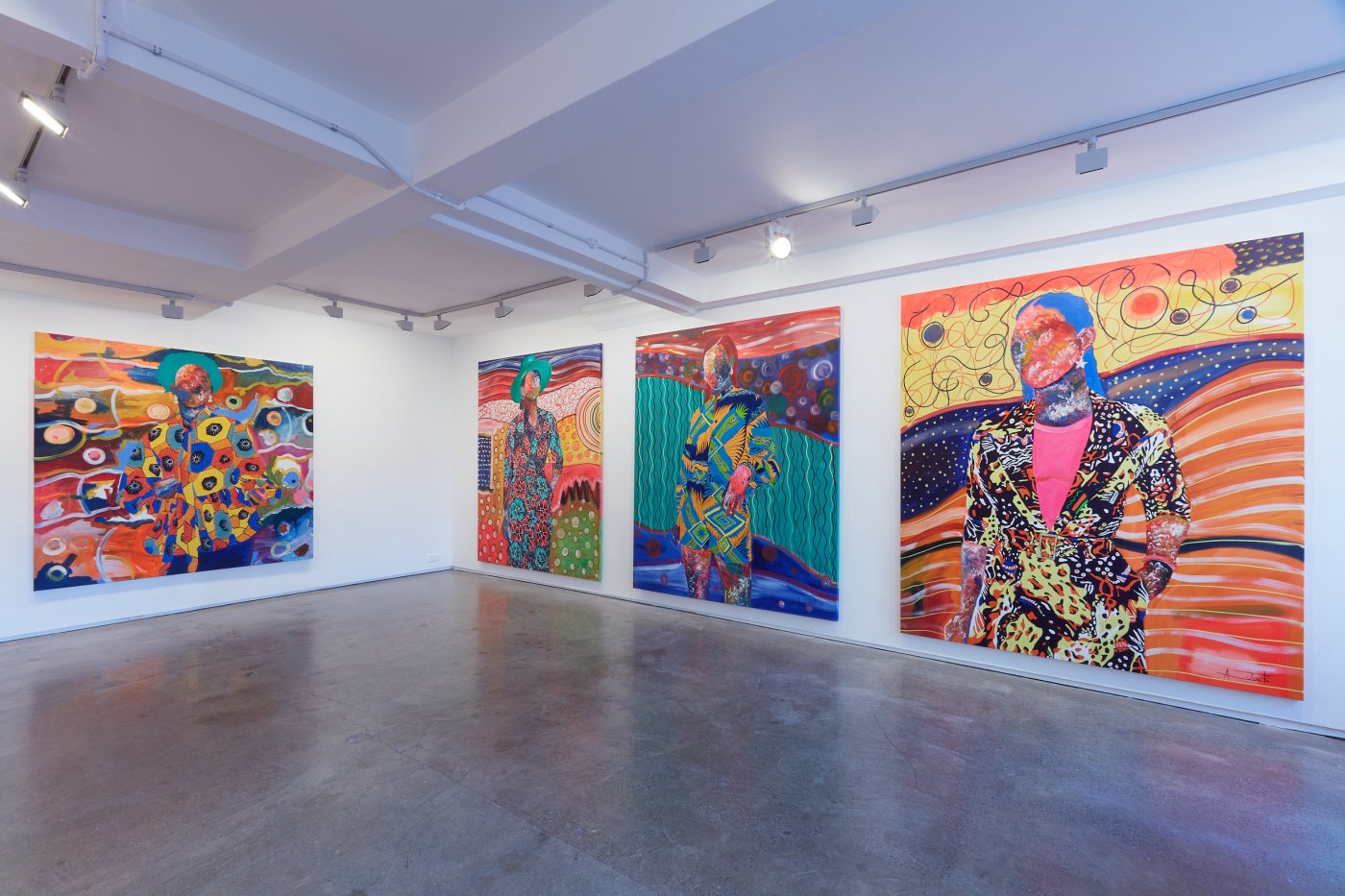 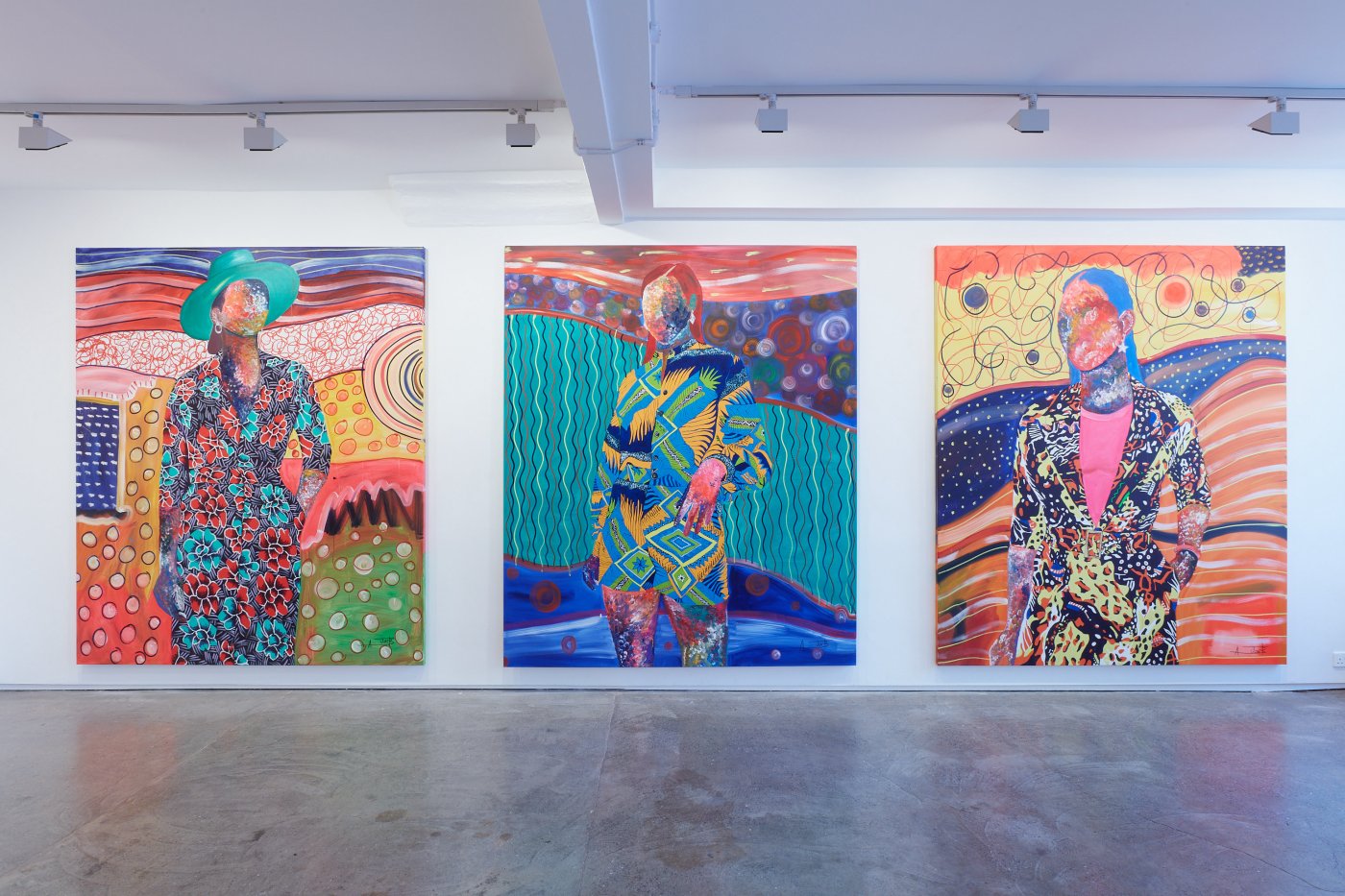 Ategwa offers a local perspective on modes of self representation in Central Africa today. Both style and composition in these images recall African black and white studio photography from the post independence era. The use of framing and strong defined identities reference more contemporary influences from social media platforms. In stark contrast to the artist’s hard line execution, these paintings have expressive and painterly backgrounds and use water colour to hold back the portrait’s full disclosure.

Ategwa lives and works in Douala, Cameroon’s largest city. His hometown has had many foreign influences in the past and more recently an influx of migrants from within the country as well as from neighbouring regions. This has shaped Douala into the vibrant and colourful metropolis that is the source of Ategwa’s art. The paintings work as sequences in a larger narrative describing the chaos of his urban surroundings.

Ategwa’s works are large format and mimic the scale of cityscapes and public space. Moving between the taxi stands, newsagents, bars, roadside markets and fleeting moments of respite, the artist offers snapshots of everyday life. His vivid colour palette and graphic style speak the language of advertising familiar to Douala’s inhabitants.

Ategwa was born in 1988 in Kumba, Cameroon. His work has been acquired by the Perez Art Museum Miami and the Chazen Museum of Art at the University of Wisconsin-Madison. Previous exhibitions include Peres Projects, Berlin, and the Cameroon National Museum, curated by Simon Njami.