Afro: Gesture, Line and Colour: The Makings of an Abstract Expressionist

Afro: Gesture, Line and Colour: The Makings of an Abstract Expressionist

Can a pictorial form also have value as an apparition? Can the rigorously formal organism of a painting contain the lightness, the living breath of an evocation, the leap or shudder of memory? This, for me, is the problem; this is the reason for the constant disquiet that makes me paint. The picture should be an enclosed world; within its limits the drama unfolds; this chessboard spells victory or defeat.
Afro, New Decade, 1955 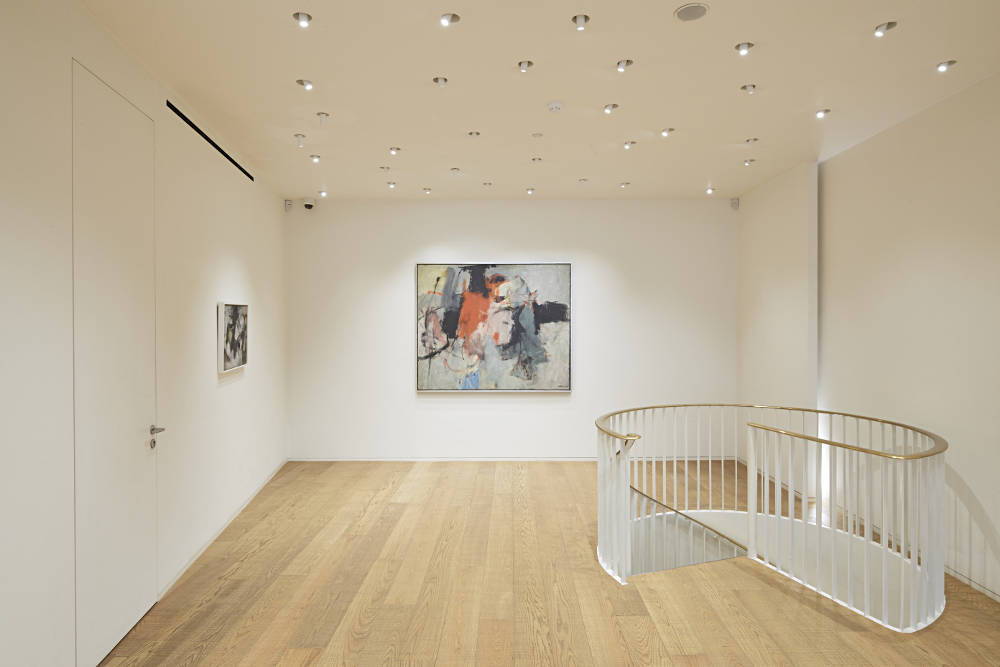 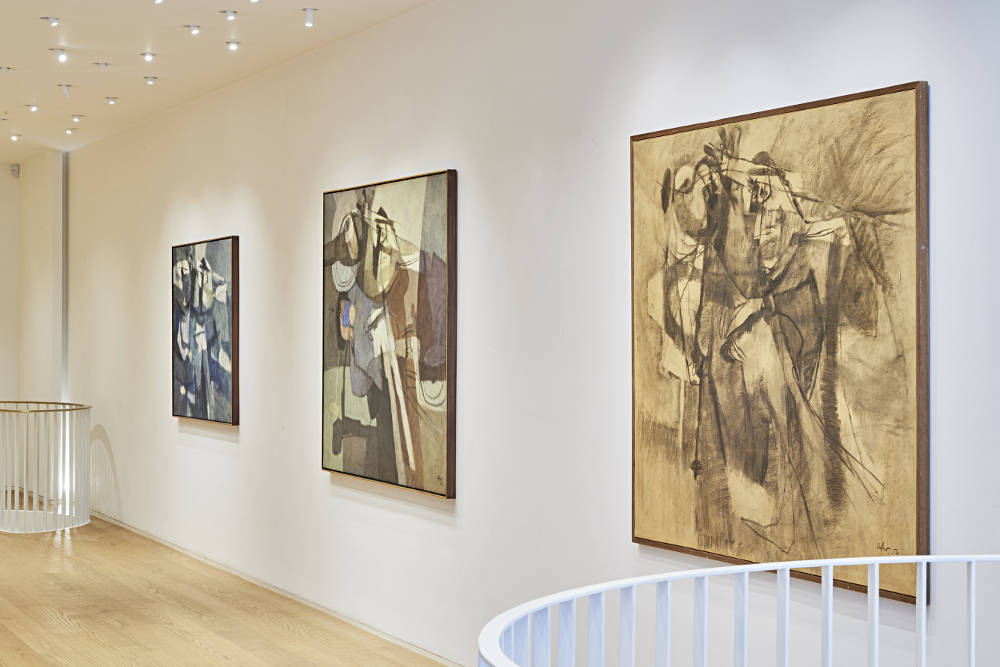 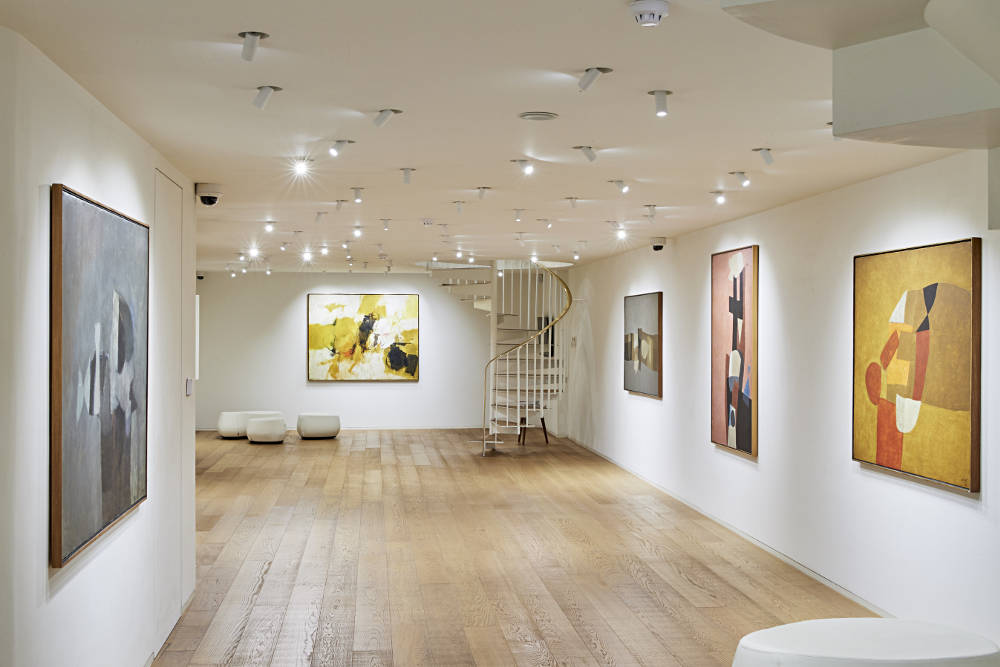 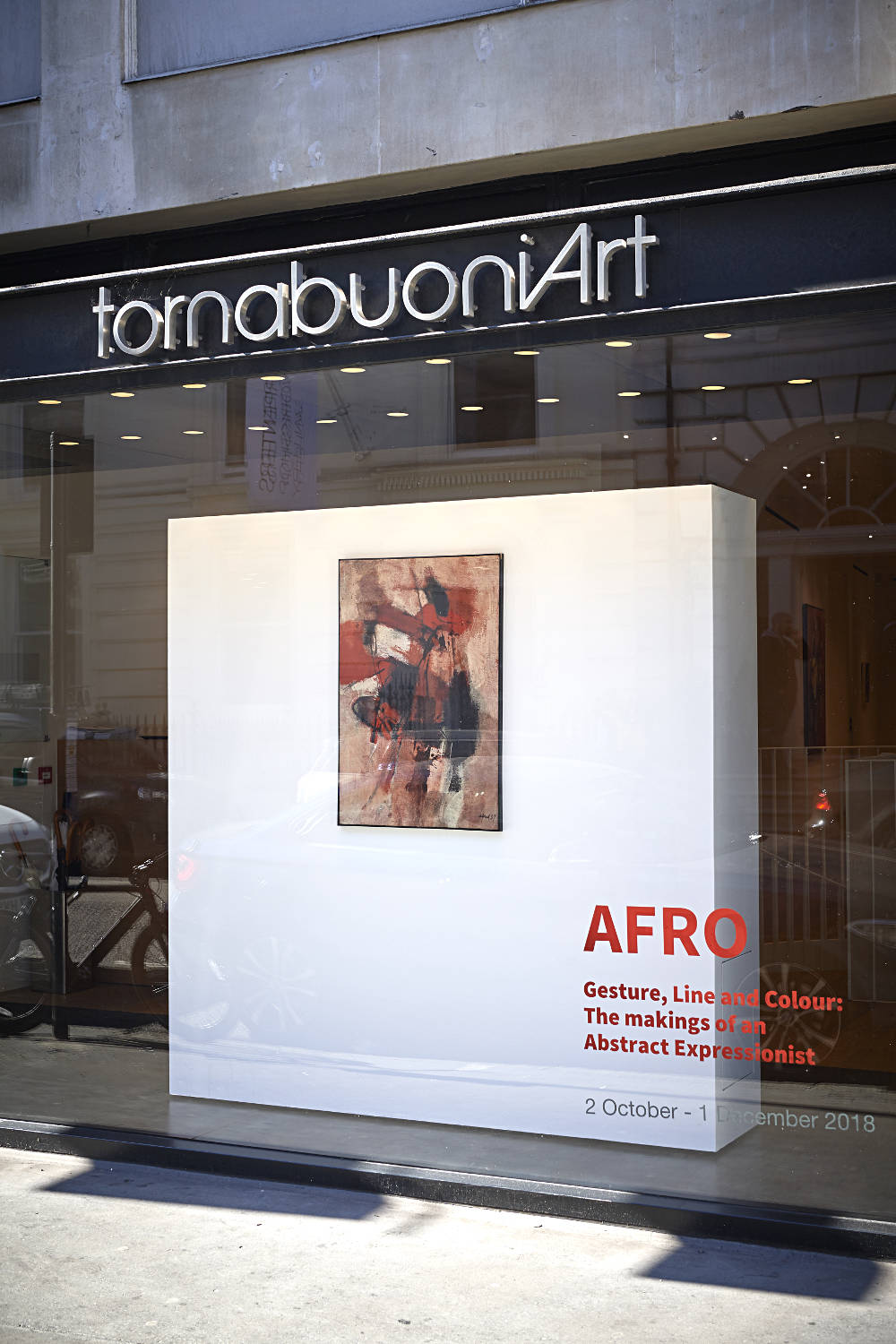 The accompanying exhibition catalogue is edited by Philip Rylands, Director Emeritus of the Peggy Guggenheim Collection in Venice, who has also written an original essay for the catalogue. This show aims to encourage the British public to learn more about the only Italian Abstract Expressionist, whose work has rarely been exhibited in the UK.

Earlier this year, on the occasion of the 60th anniversary of the artist’s monumental fresco, The Garden of Hope (1958) created for the UNESCO headquarters in Paris, Tornabuoni Art Paris held an unprecedented exhibition dedicated to Afro, at its gallery in the heart of the Marais. Highlights of this show will go on display at Tornabuoni Art London in October 2018.

Born in Udine in 1912, to a family of artists and interior designers, Afro’s unusual name was given to him by his patriotic parents in honour of Italy’s recent colonisation of the North African coast of Libya. After studying art in Venice, Afro quickly emerged — in the 1930s — as a significant member of the School of Rome, a group of tonalist painters whose expressionist style contrasted with the prevalent neoclassical ‘return to order’ of the day. From the 1950s, he travelled to the United States and developed an abstract art that combined American influences with, as Philip Rylands discusses in his catalogue essay, the great Italian artistic traditions of colour and line.

In addition, Rylands sees Afro as Italy’s answer to Abstract Expressionism and an example of the fertile artistic dialogues between Italy and the US in the post-war period. In his catalogue preface, he writes:

Afro was one of the leading Italian painters of the very talented and numerous generation of artists that flourished in the decades following World War II. He was as successful internationally, above all in the United States, as he was in Italy. Afro’s career and work provide an interesting case study of the relative values of new European and American art in that period.

Along with Alberto Burri and Lucio Fontana, Afro is today considered an important example of Italian Abstraction. Initially he explored abstraction in formal terms – focusing on shape, colour and composition. However, he later came to believe that the painting itself should embody the emotion, not just represent it. Afro’s works are often autobiographical, drawing on past memories conjured up some time after the event in order to allow the instant to be recalled through his senses, rather than as mental images. Through time, the memory of the moment becomes colour and feeling for him. This is most keenly felt in works such as Estate nell’Orto (Summer in the Orchard) 1955, where the colour and movement of the painting engage the viewer’s senses and evoke the feeling of a past experience imbued with nostalgia.

This exhibition, produced in collaboration with the Fondazione Archivio Afro, presents around 20 artworks from the 1950s to the 1970s.

Highlights of the exhibition include major works, such as Racconti di Guascogna (Tales from Gascony) 1951, and Ragazzo col Tacchino (Boy with Turkey) 1955, which show how Afro’s more symbolic representation of objects and figures shifted to become a purely expressive and emotional form of abstraction.

The exhibition catalogue also features a study of UNESCO’s fresco and its preparatory drawings by Anne Monfort, curator at the Musée d’Art Moderne de la Ville de Paris, an analysis of the artist’s work and his close relationship with the American Abstract Expressionism movement by Barbara Drudi, Professor at the Accademia di Firenze, and a text by Davide Colombo, History of Art Professor at the University of Parma. The publication is rich with original documents, including some of the artist’s correspondence, as well as a selected critical anthology, much of which has been translated into English for the first time on this occasion.