My work is always in the territory of hybridity. My content forms in terms of decolonizing subjectivities because it deals with countless cultural references—not only from official history, but also from many other hidden or obscured histories that lie at the margins.
—Adriana Varejão

Gagosian presents new paintings and sculptures by Adriana Varejão. This is her first exhibition with the gallery in New York, following presentations in Rome in 2016, and Los Angeles in 2017. 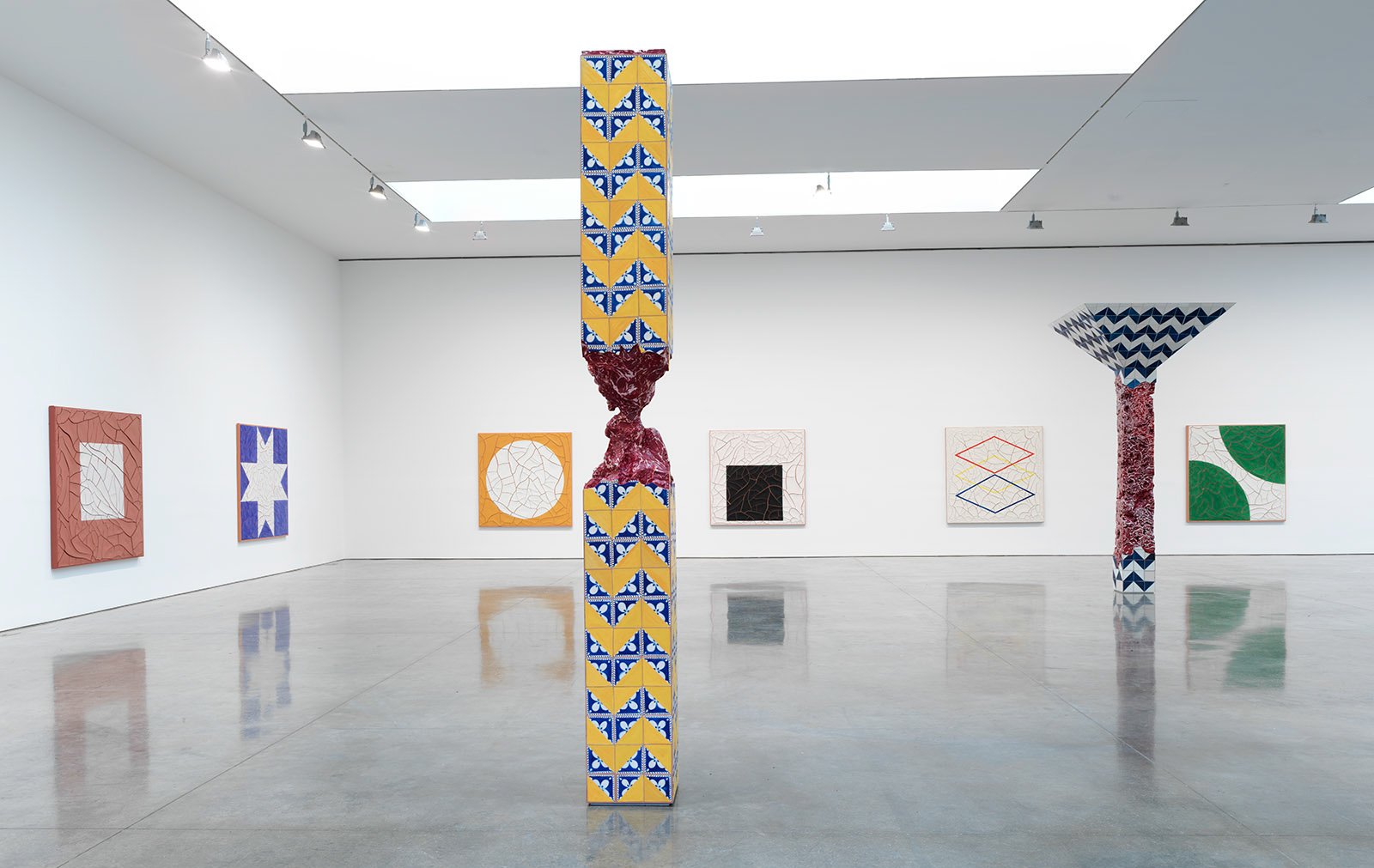 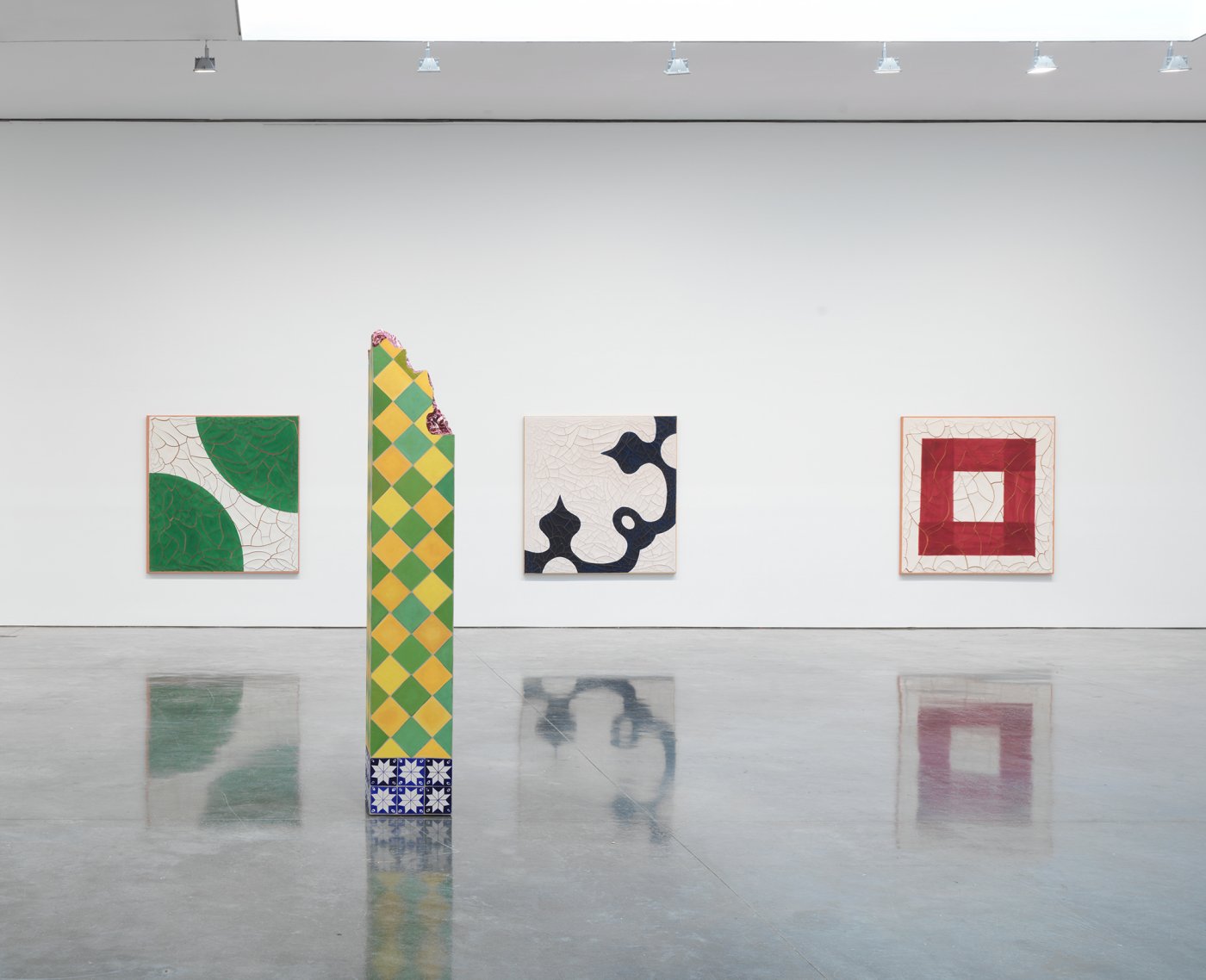 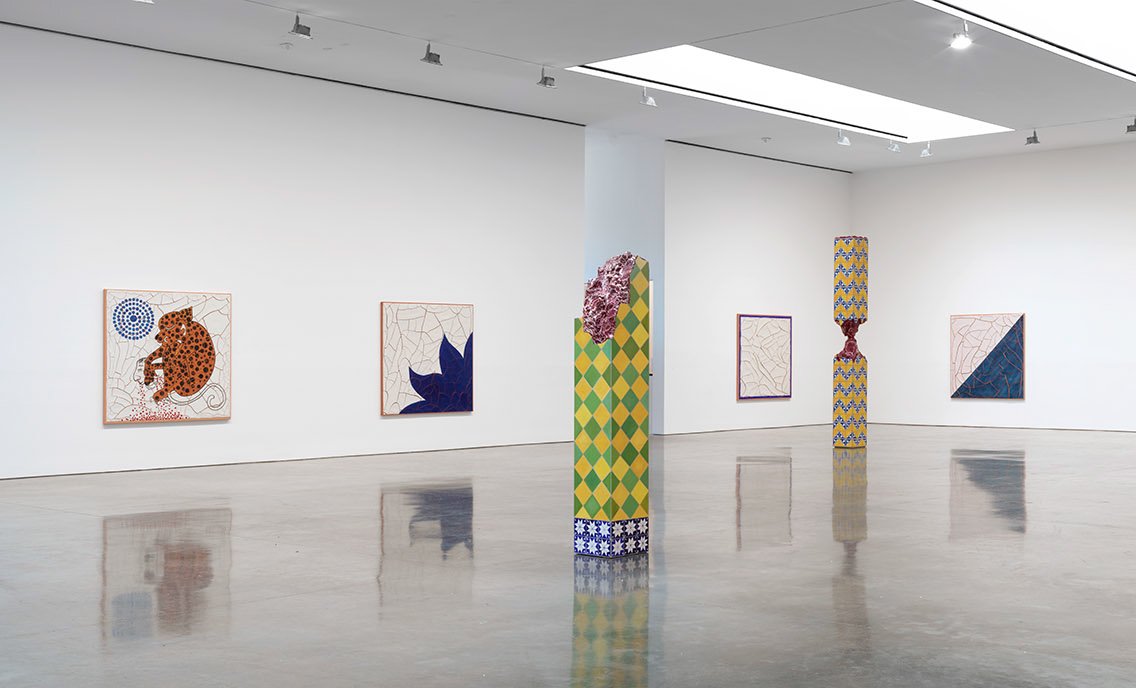 Varejão’s rich and diverse artistic oeuvre embodies the mythic pluralism of Brazilian identity and the fraught social, cultural, and aesthetic interactions that engendered it. Living and working in Rio de Janeiro, she draws upon the potent visual legacy of colonial histories and transnational exchange, creating confluent forms that expose the multivalent nature of memory and representation.

In the late 1980s, Varejão began researching azulejos, the glazed terra-cotta tiles of Arab origin that have been the most widely used form of decoration in Portuguese art since the Middle Ages and that were brought to Brazil through colonization and trade. From this, she developed her unique and ever-evolving series of “tile” paintings, made by covering a square canvas with a thick layer of plaster and allowing it to gradually dry to produce a surface with deep fissures resembling ancient crackled porcelain—or geological time itself.

Varejão’s most recent tile paintings explore the culture of Talavera poblana, the Mexican ceramic tradition originating in Spain that, like the azulejo, draws on diverse sources—in this case, indigenous, Hispanic, Italian, and Chinese. A photograph of a wall of Talavera tiles taken by Varejão in Mexico in the mid-1990s formed the basis for the painting Parede Mexicana (1999); twenty years later, this painting has become the indexical reference for an entire new series where the key motifs of individual tiles are adapted and enlarged to seventy-inch square canvases.

In Varejão’s transformative process, these motifs shift into crisp geometries with a bold and decisive use of color, invoking the dynamic designs of Brazil’s leading modernists, from Oscar Niemeyer to Athos Bulcão, while suggesting affinities with twentieth-century innovators, such as Josef Albers and Ellsworth Kelly. Varejão revels in these unexpected artistic crossroads; by interweaving time, culture, and place, she initiates dialogue between aesthetic systems once segregated by dominant master narratives, and in so doing raises provocative questions about the lives of forms in art.

The paintings surround three new Meat Ruins (2000–), towering columns that simulate fragments of Talavera-tiled walls and architectural elements. At first glance, their exposed cross-sections speak to the radical “anarchitecture” of Gordon Matta-Clark, but Varejão replaces the lathes and plaster of his urban surgical exercises with roiling masses of painted viscera to simulate the veined marble and corporeal drama of the Baroque. In their eroticism and theatricalized reinvention of space and place, the Meat Ruins embody the violence that has shaped Latin American history, and capture the spirit of antropofagia that transfigured the social taboo of cannibalism into a process of cultural absorption in the modern period.