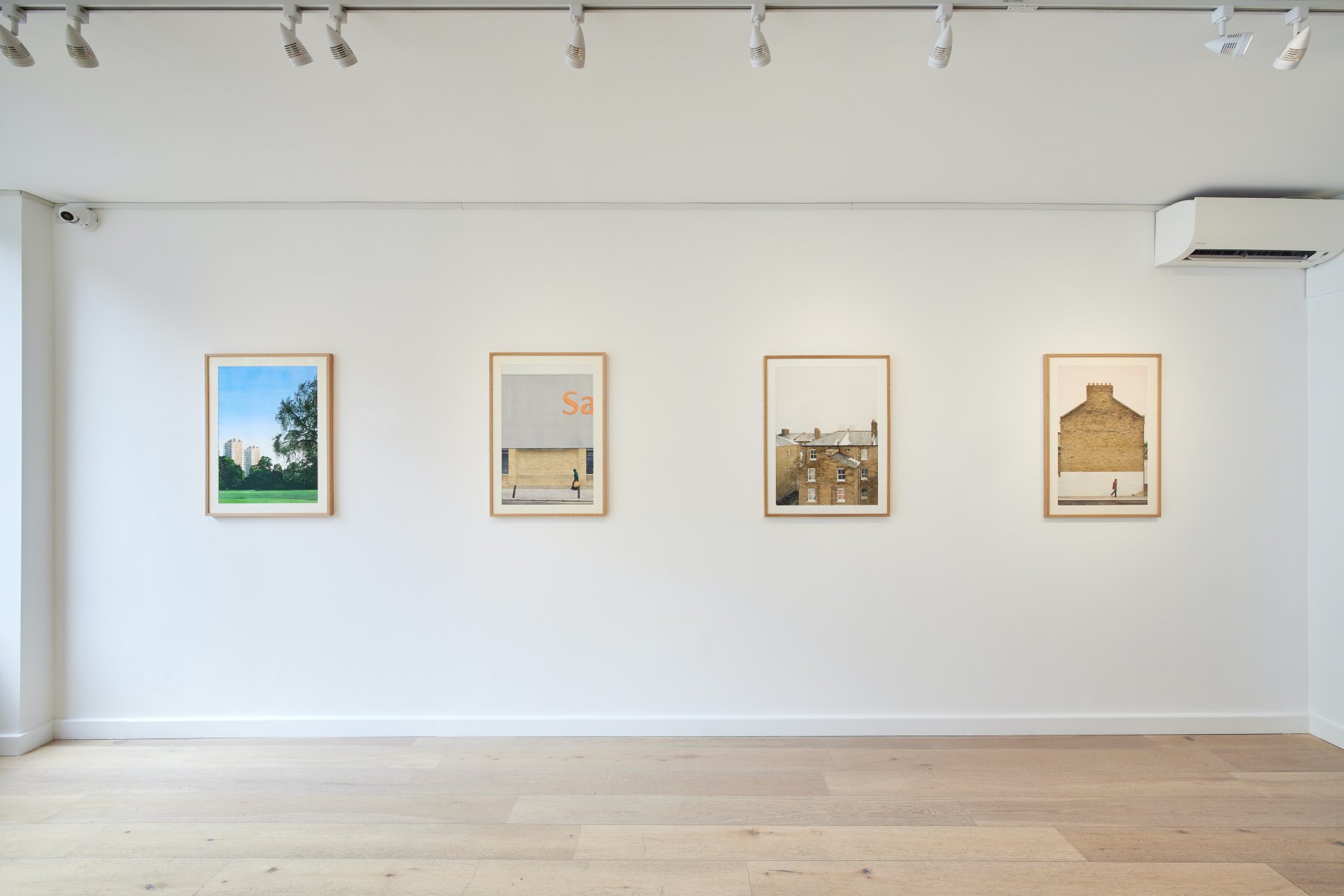 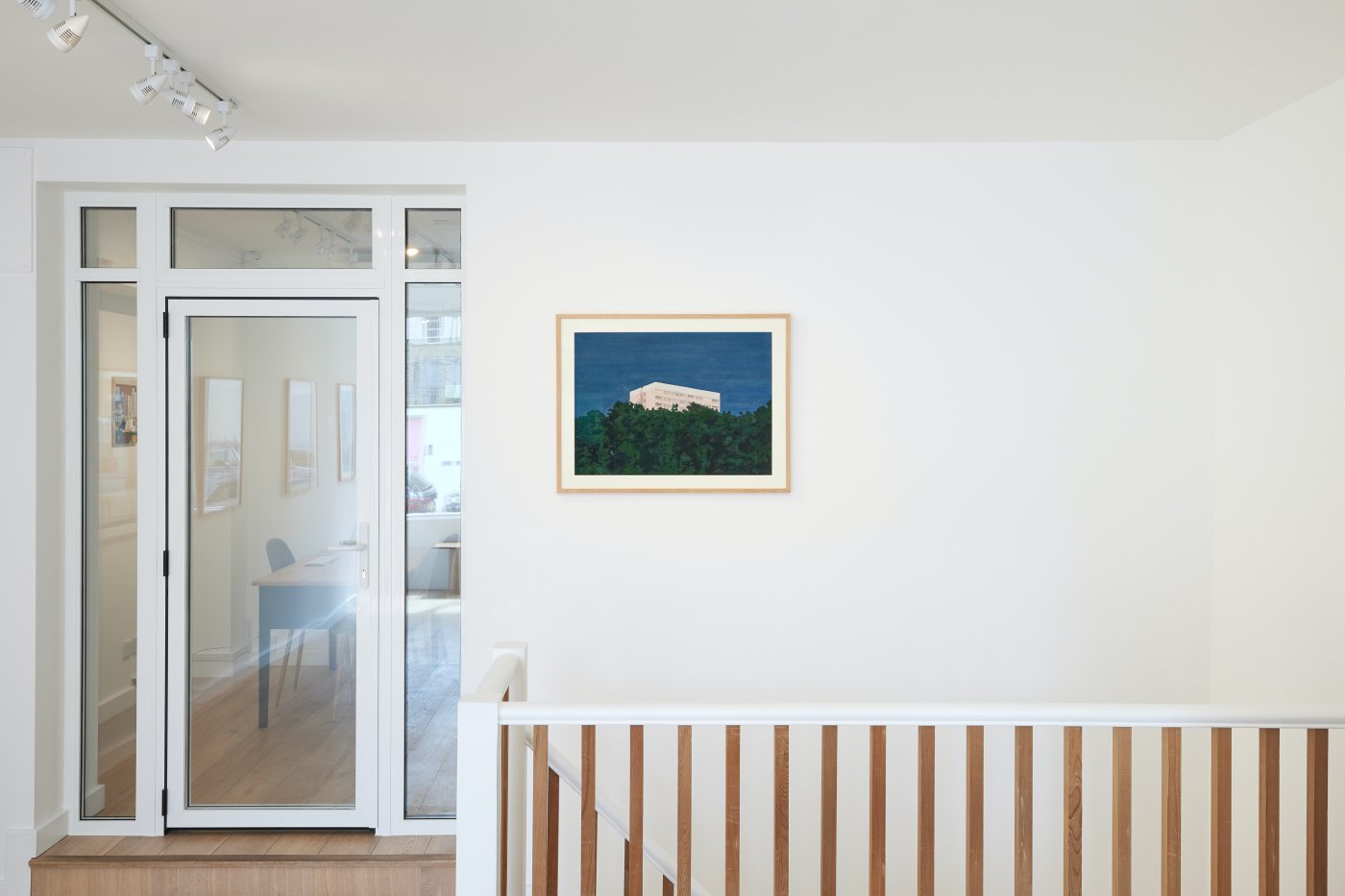 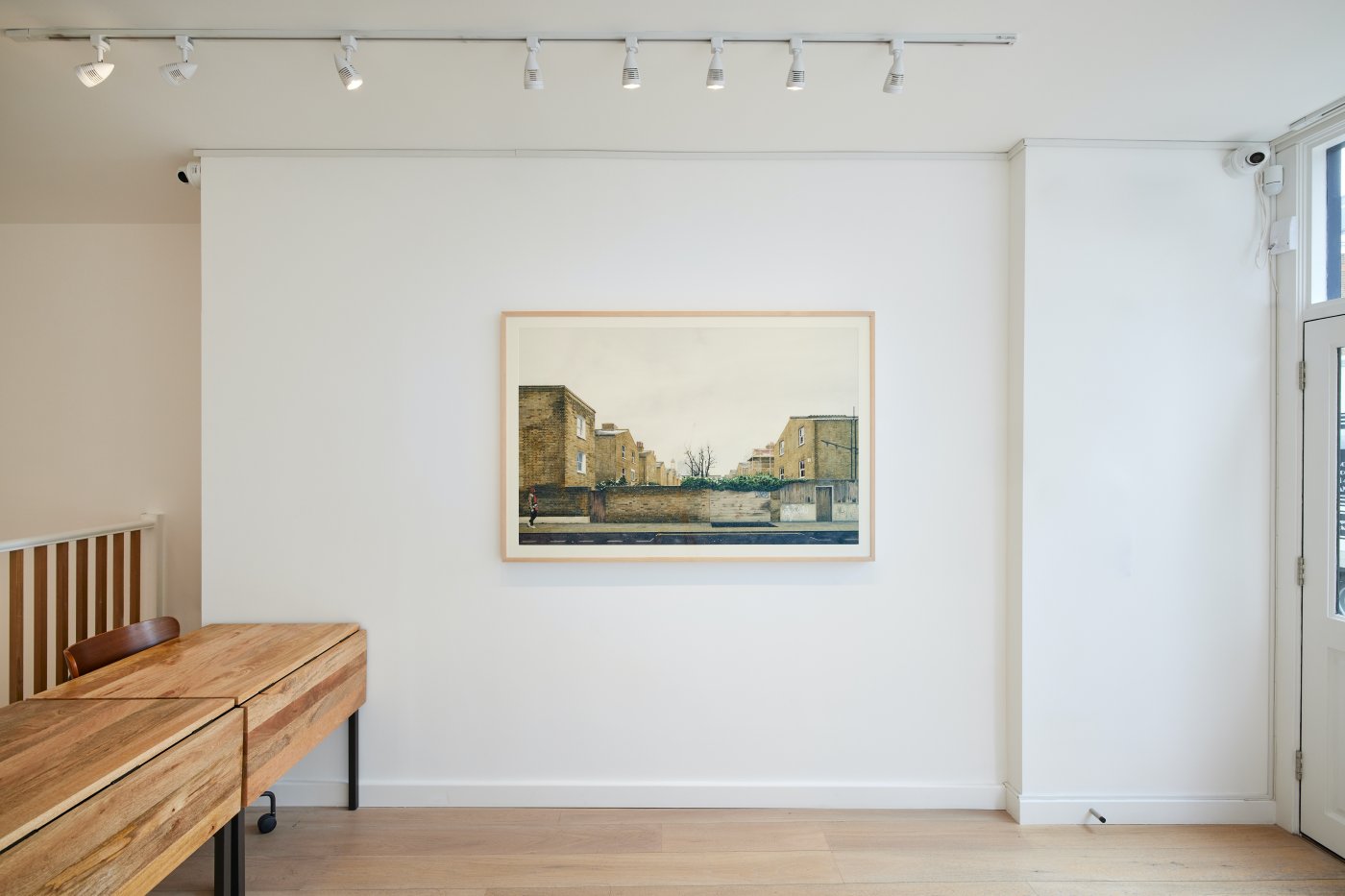 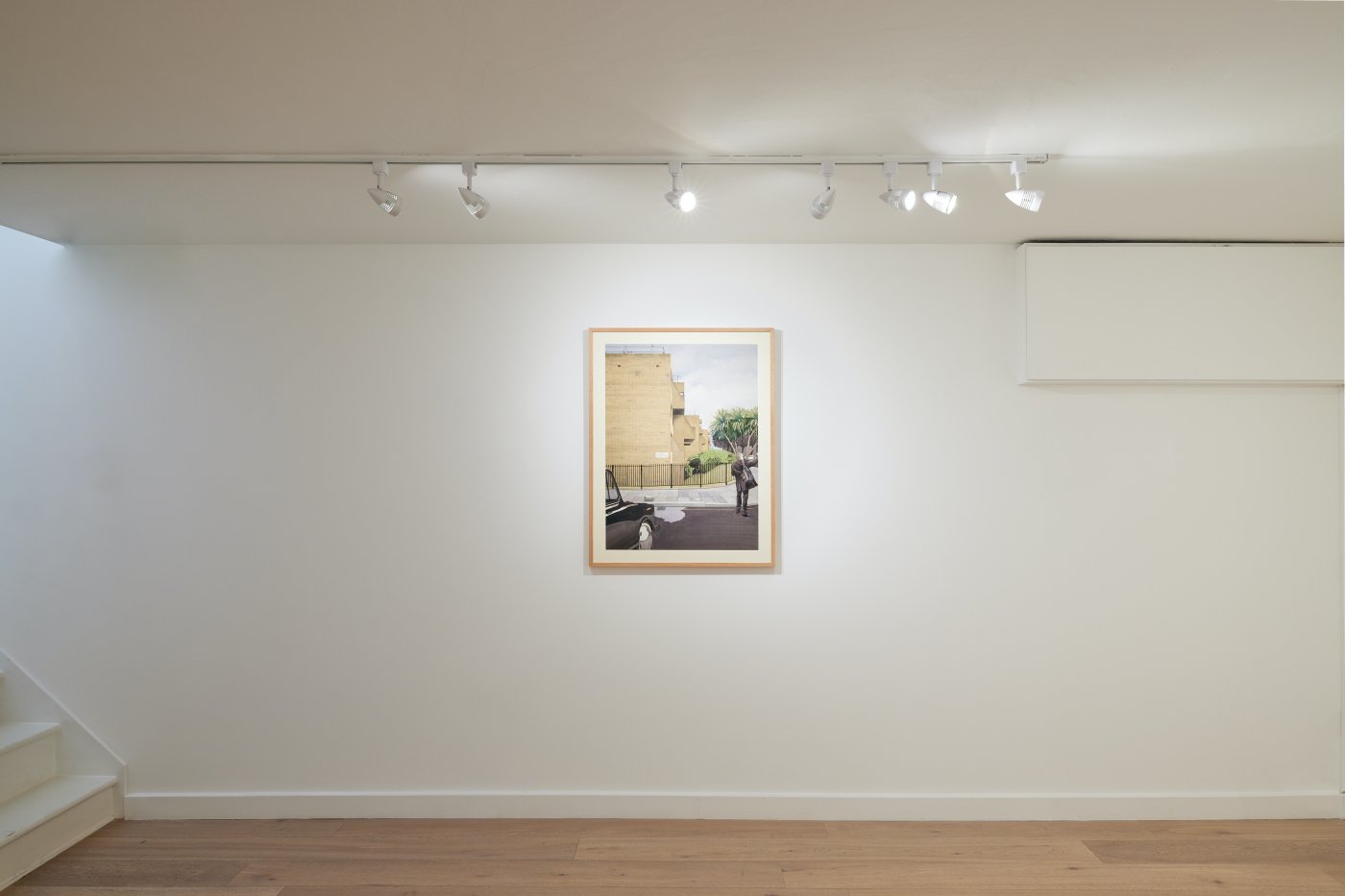 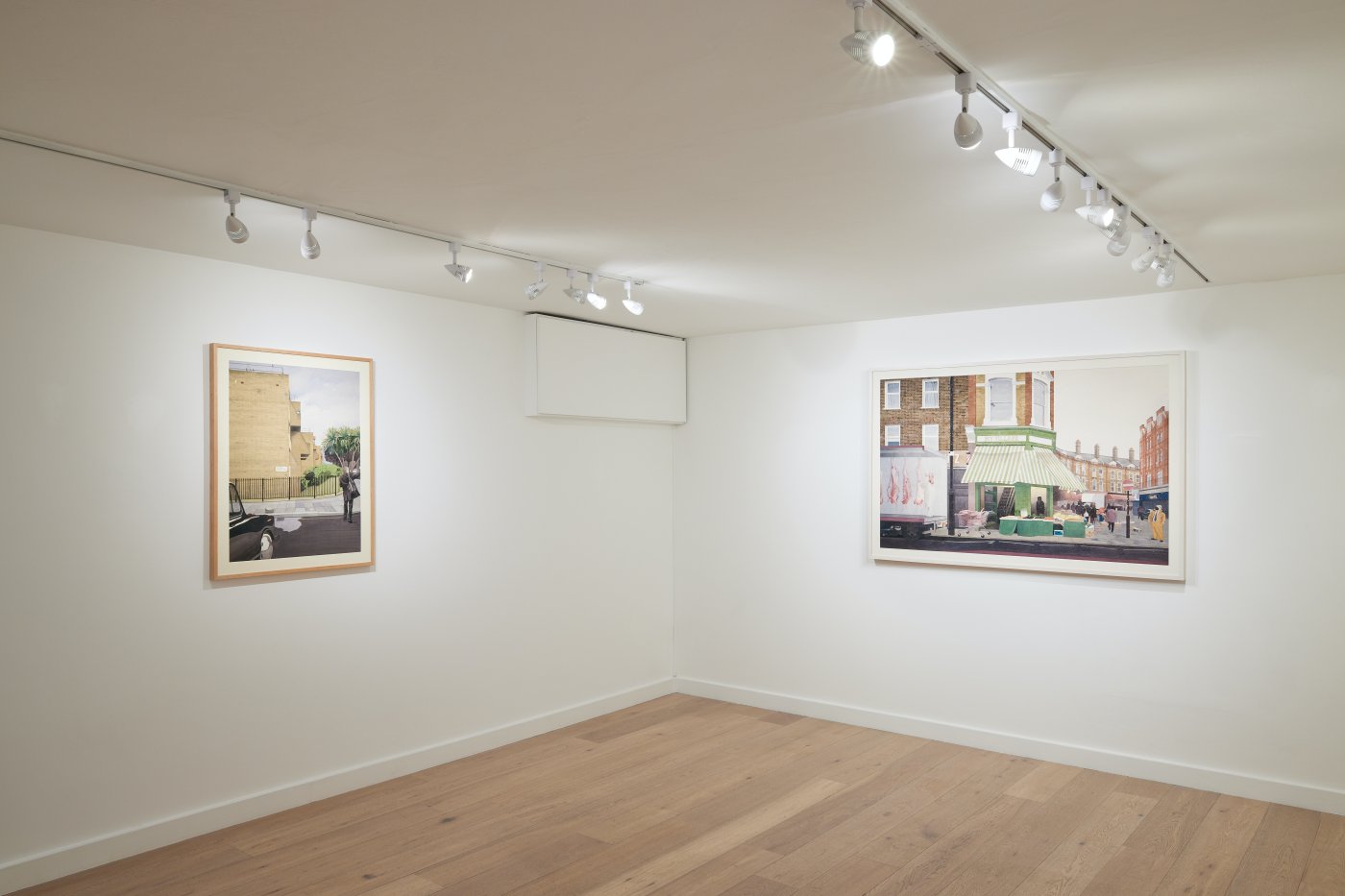 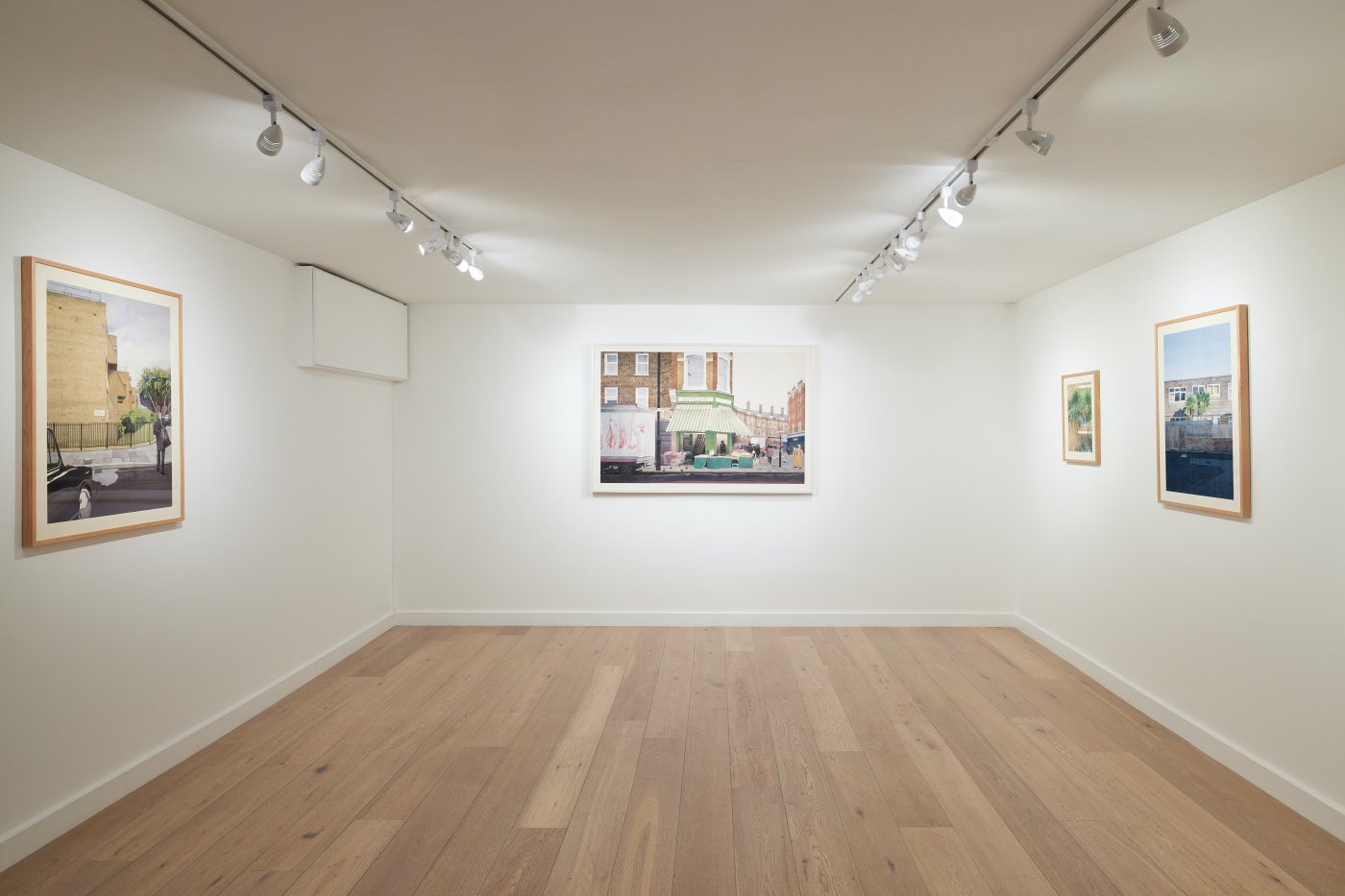 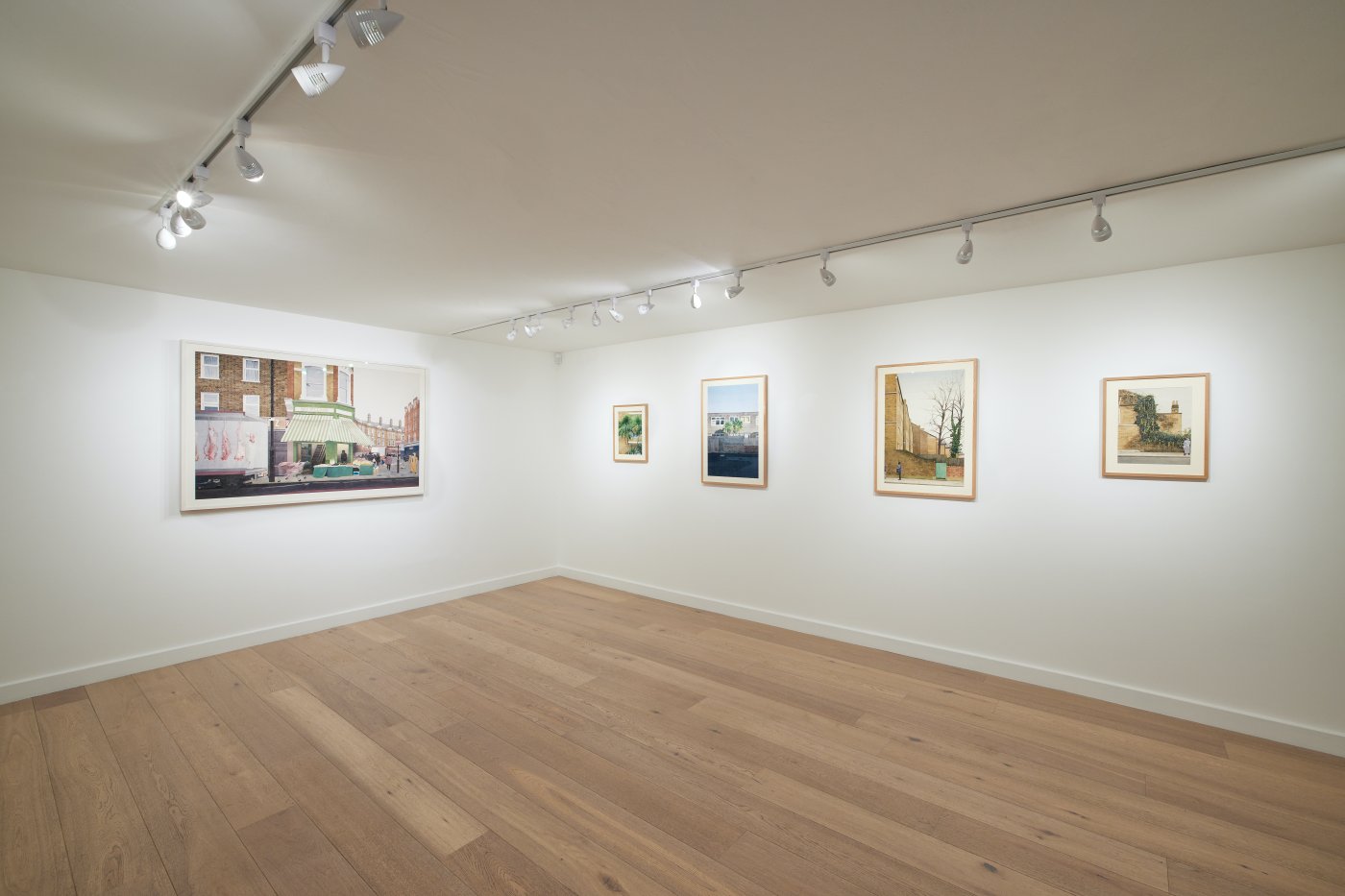 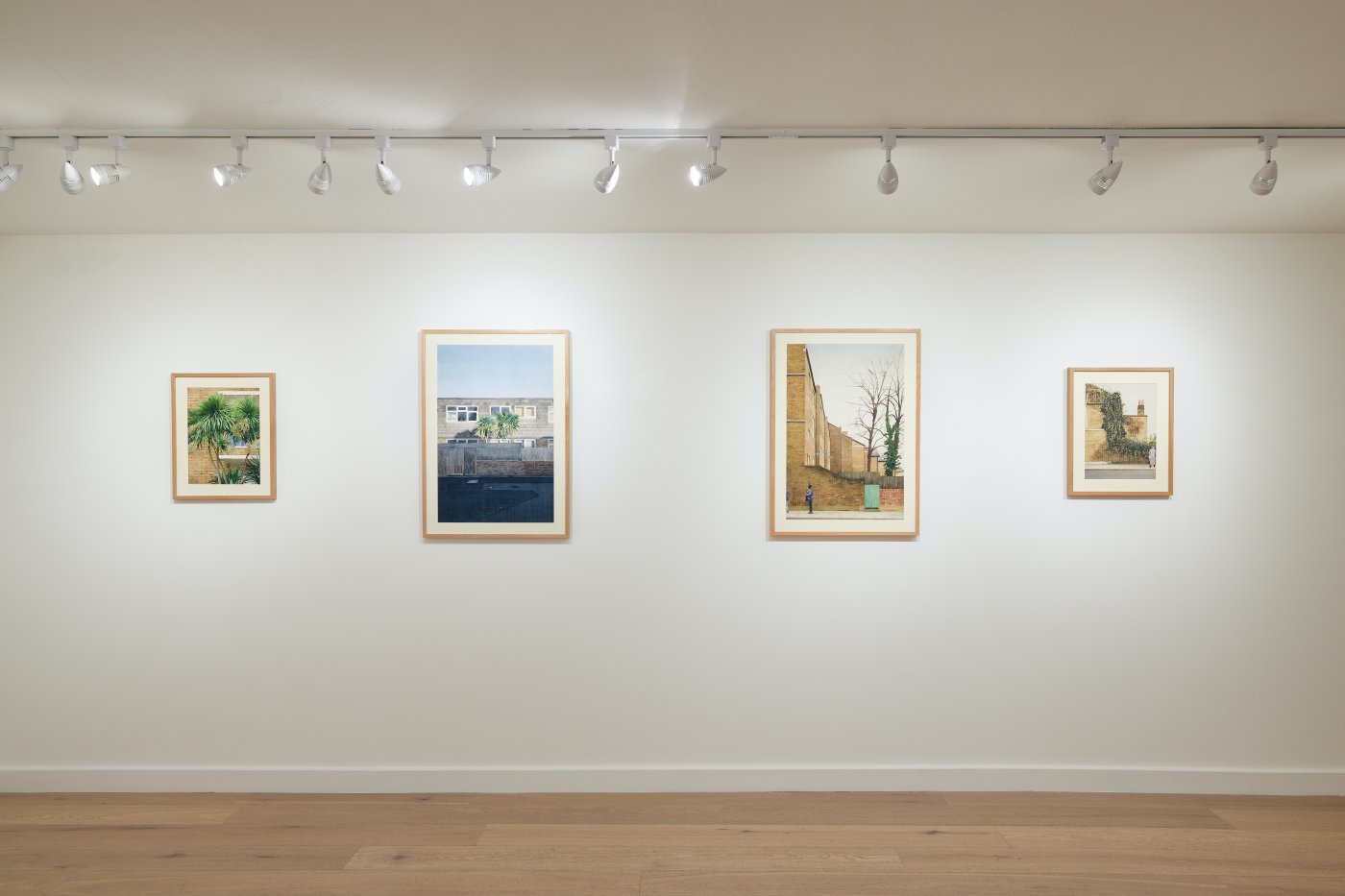 Coleman makes large watercolour paintings of South London that address broader themes of identity, estrangement, and belonging. The pieces mainly depict the area of Brixton, where Coleman lives and keeps a studio, although the work evokes an atmosphere and urban texture common to the city’s outer boroughs. Coleman’s paintings feel at once familiar and unsettling. Famously, Brixton is a bustling neighbourhood. Yet Coleman represents its unassuming terrace houses, estates, and markets as solitary places. The scenes suggest a psychological geography in the time of Brexit and coronavirus.

Coleman employs watercolour as a reference to historical British landscape painting. As Britain evolved rapidly during the Industrial Revolution, painters such as Turner sought lasting meaning in the picturesque portrayal of old buildings and countryside. Watercolour was a traveller’s medium, a means of in-field domestic exploration. Likewise, Coleman’s paintings are a particular inquiry into British-ness at a different time of upheaval.

The paintings juxtapose traditional and contemporary British imagery: pewter skies, Victorian architecture, Brutalist social housing, women in headscarves. The conflation of motifs infers both pluralistic and, to some, contentious notions of British identity. Frequently, Coleman isolates lone figures against severe backdrops. These characters are typically modern Britons of Caribbean, African, or Asian descent. Sometimes Coleman achieves a similar effect with palm trees, once transplants from warmer climes but now widespread and indigenous to London. The brick walls beyond may be considered in the context of Brexit and Trump, as symbolic barriers restricting multi-cultural influence.

From a personal standpoint, Coleman’s work examines the paradox of his own relationship to Britain. Born in the UK to a mixed family, he was raised in the United States and returned to London in his thirties, arriving as both a native and an outsider. Theresa May notoriously described such individuals, caught between worlds, as “Citizens of Nowhere.” Yet where exactly is Nowhere? Is it the No Man’s Land of diasporic complexity? Or is Britain itself, withdrawn from Europe and shuttered from Covid — indeed a dislocated landscape?

Adrian Coleman studied at Yale University (BA, 2006) and received his masters from Columbia (M.Arch., 2012). Coleman was the winner of the Brooklyn Museum GO Open Studio Competition in 2012 and was awarded the Hopper prize in 2020. He appeared in the Bronx Museum’s Biennial and BRIC’s Brooklyn Biennial. He has an upcoming solo exhibition at Taymour Grahne Projects (London), with a previous solo show at Steven Amedee Gallery (NY). Coleman has also participated in group exhibitions at the Mall Galleries, Peckham Levels, and the Willis Museum.