Adam Saks: And All is Always Now

Adam Saks: And All is Always Now

Anna Meliksetian and Michael Briggs present And All is Always Now, an exhibition of new paintings by Berlin-based artist Adam Saks. 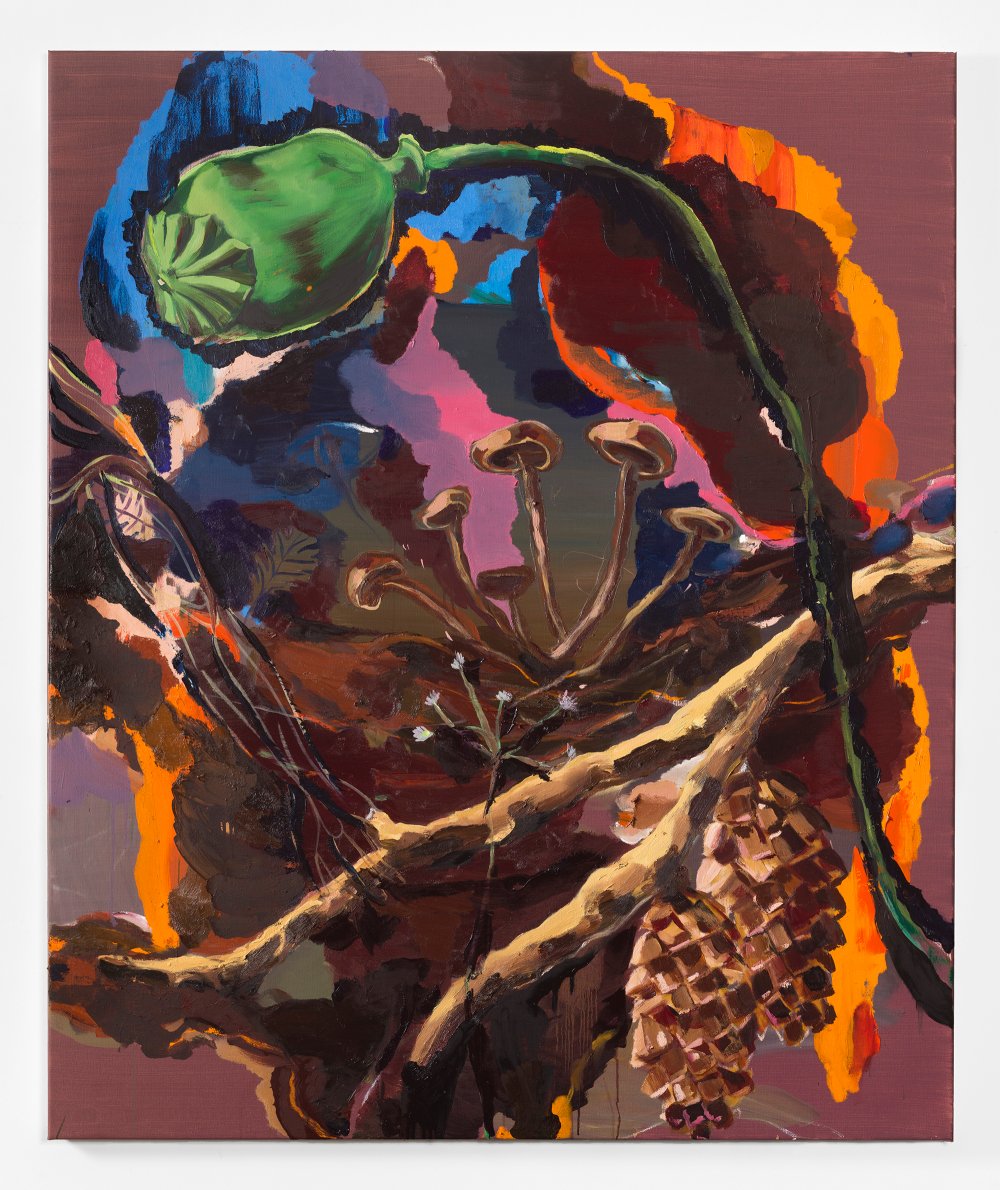 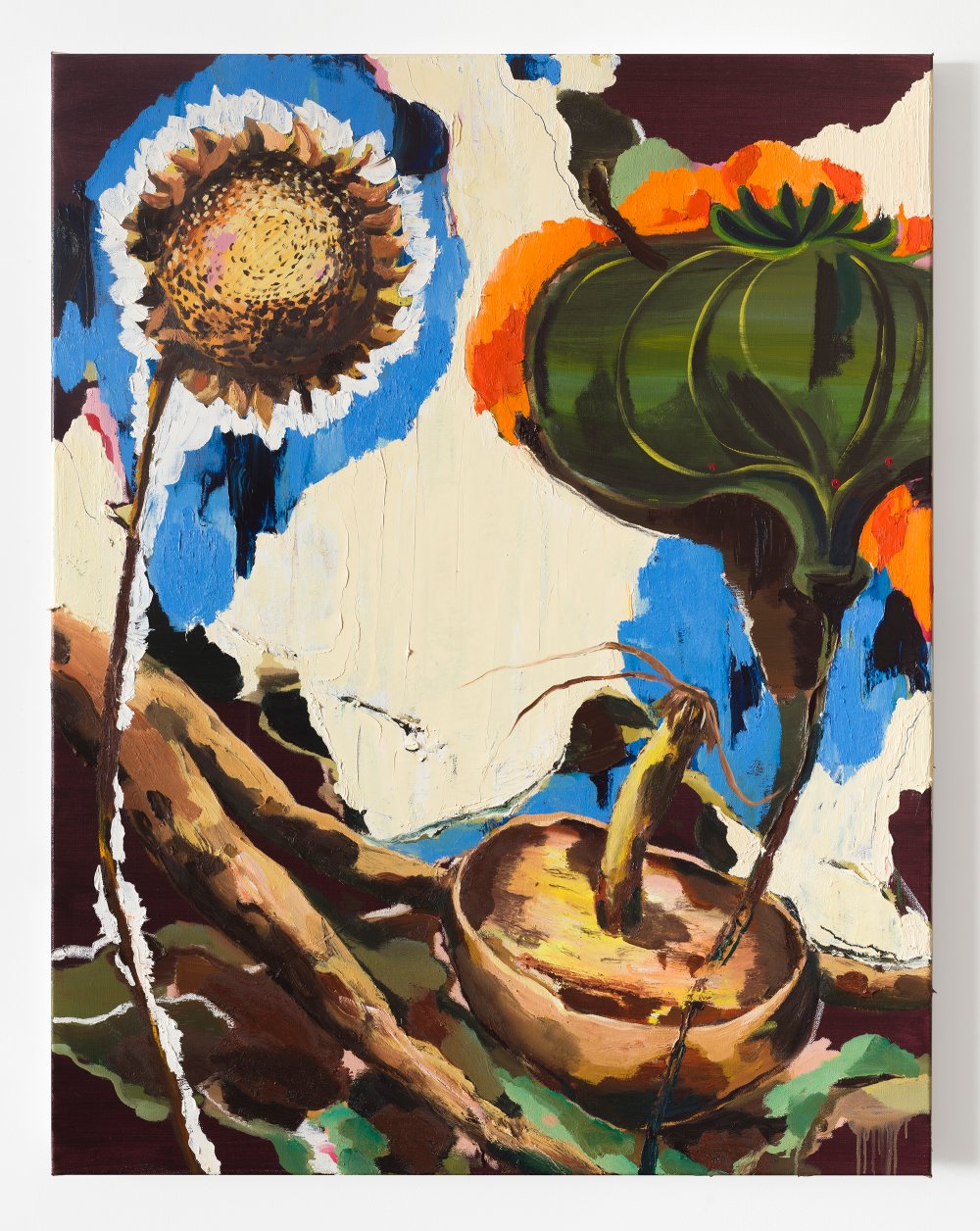 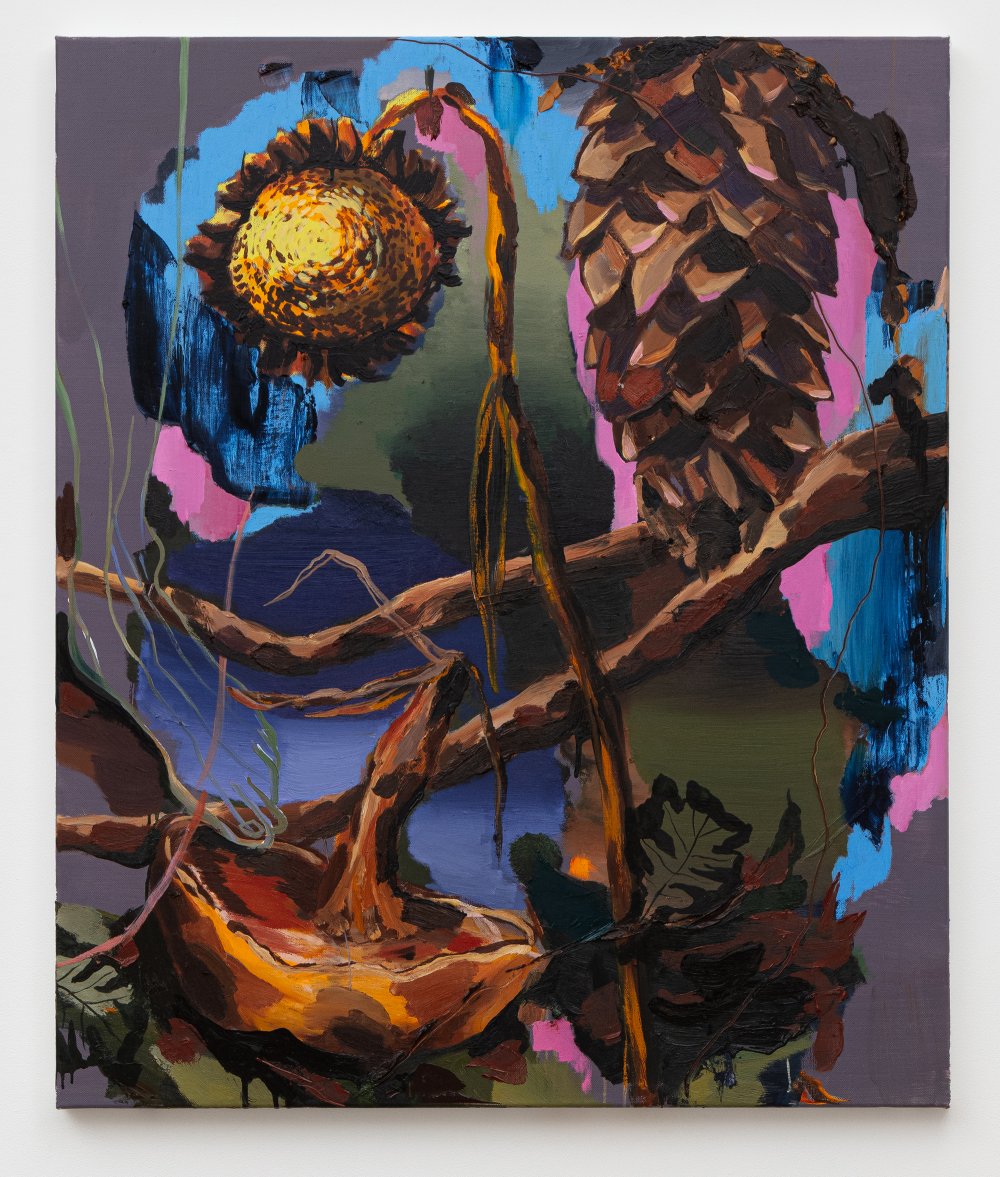 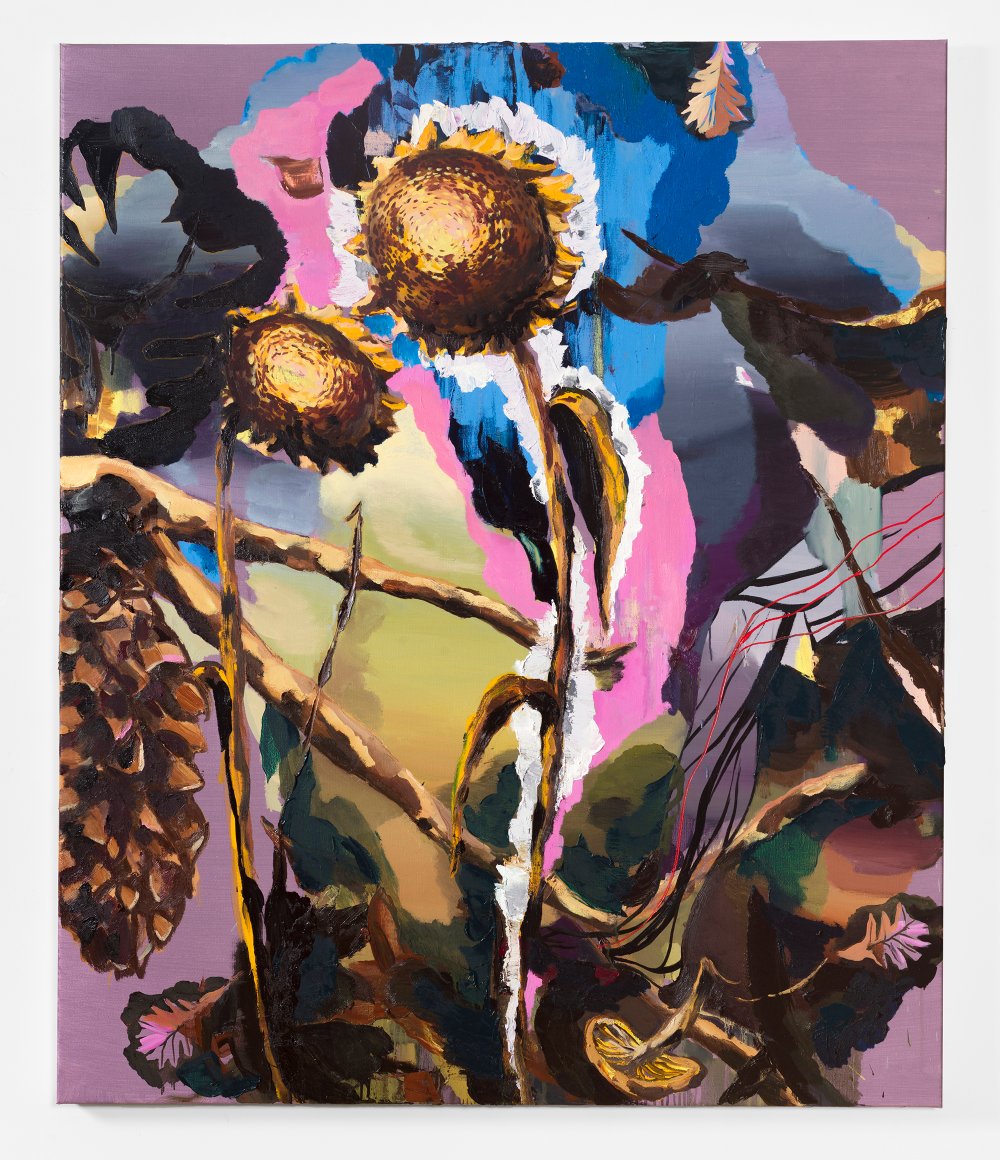 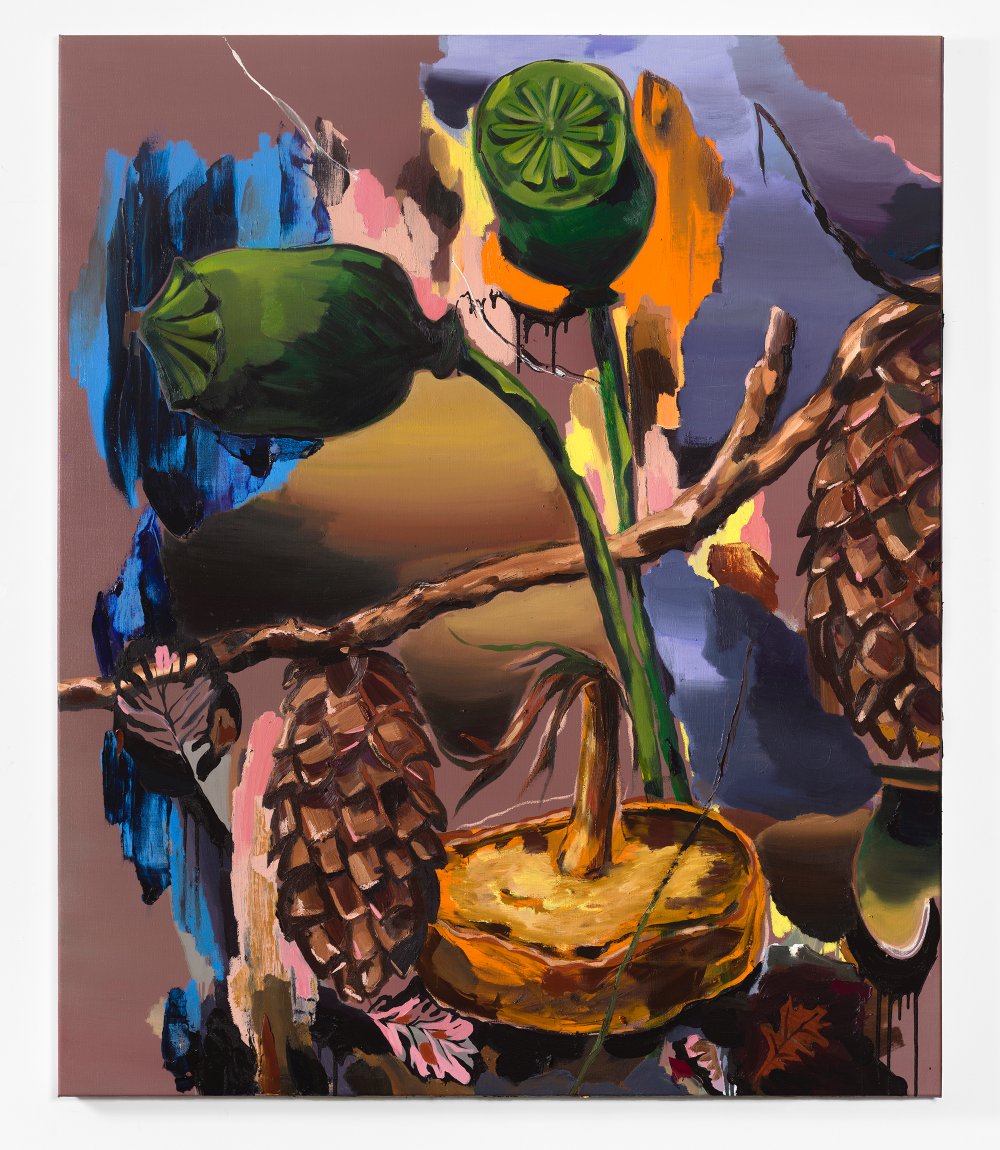 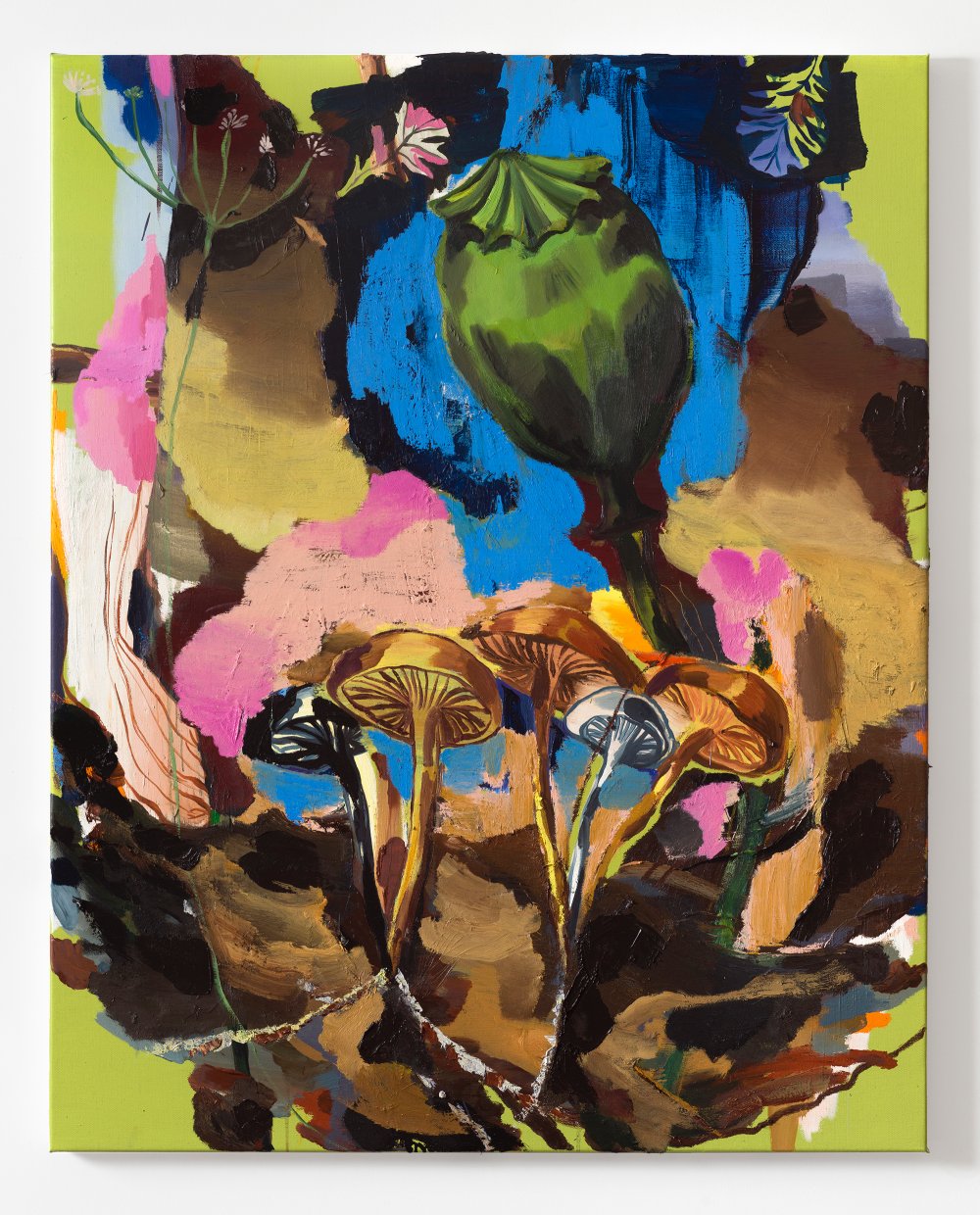 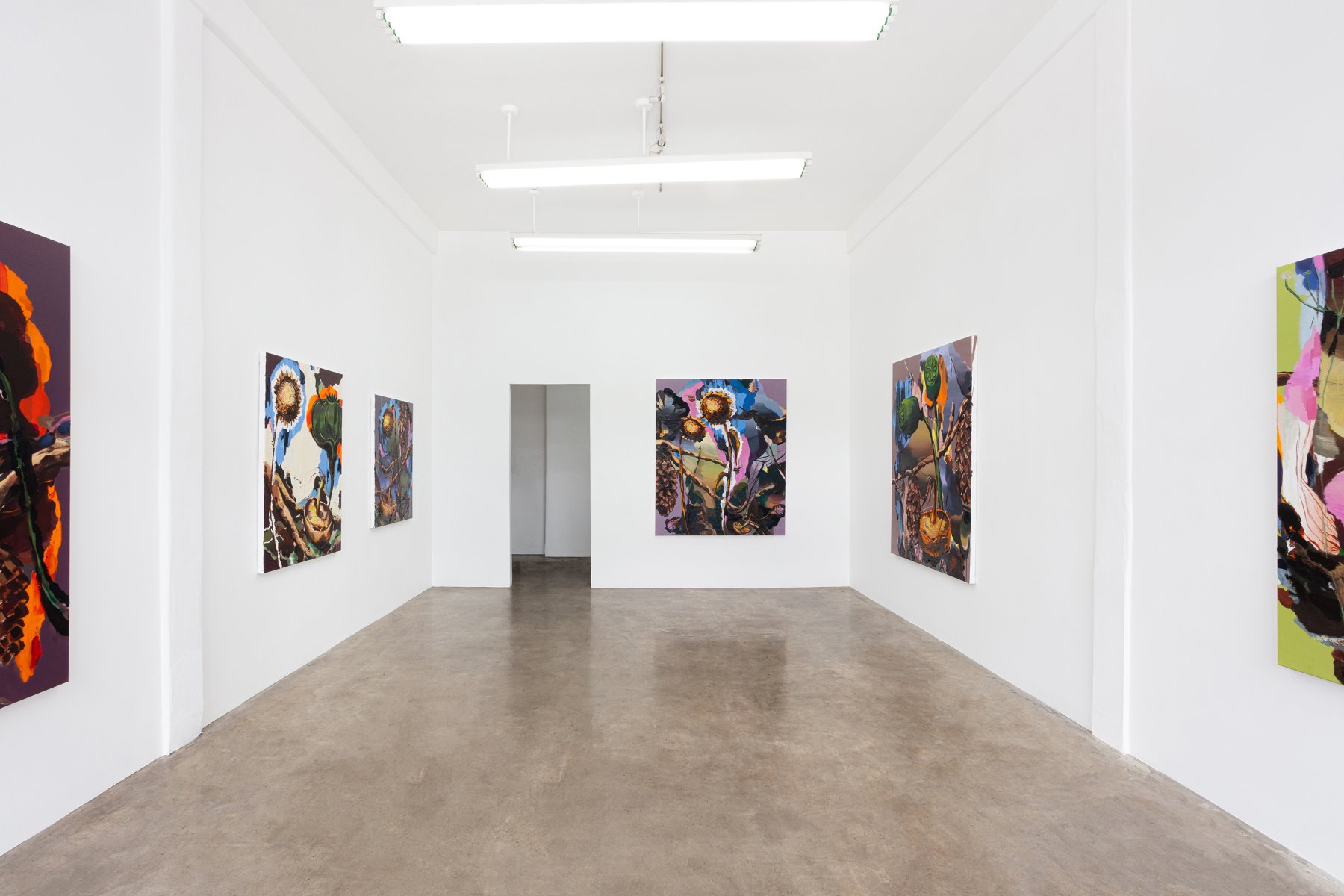 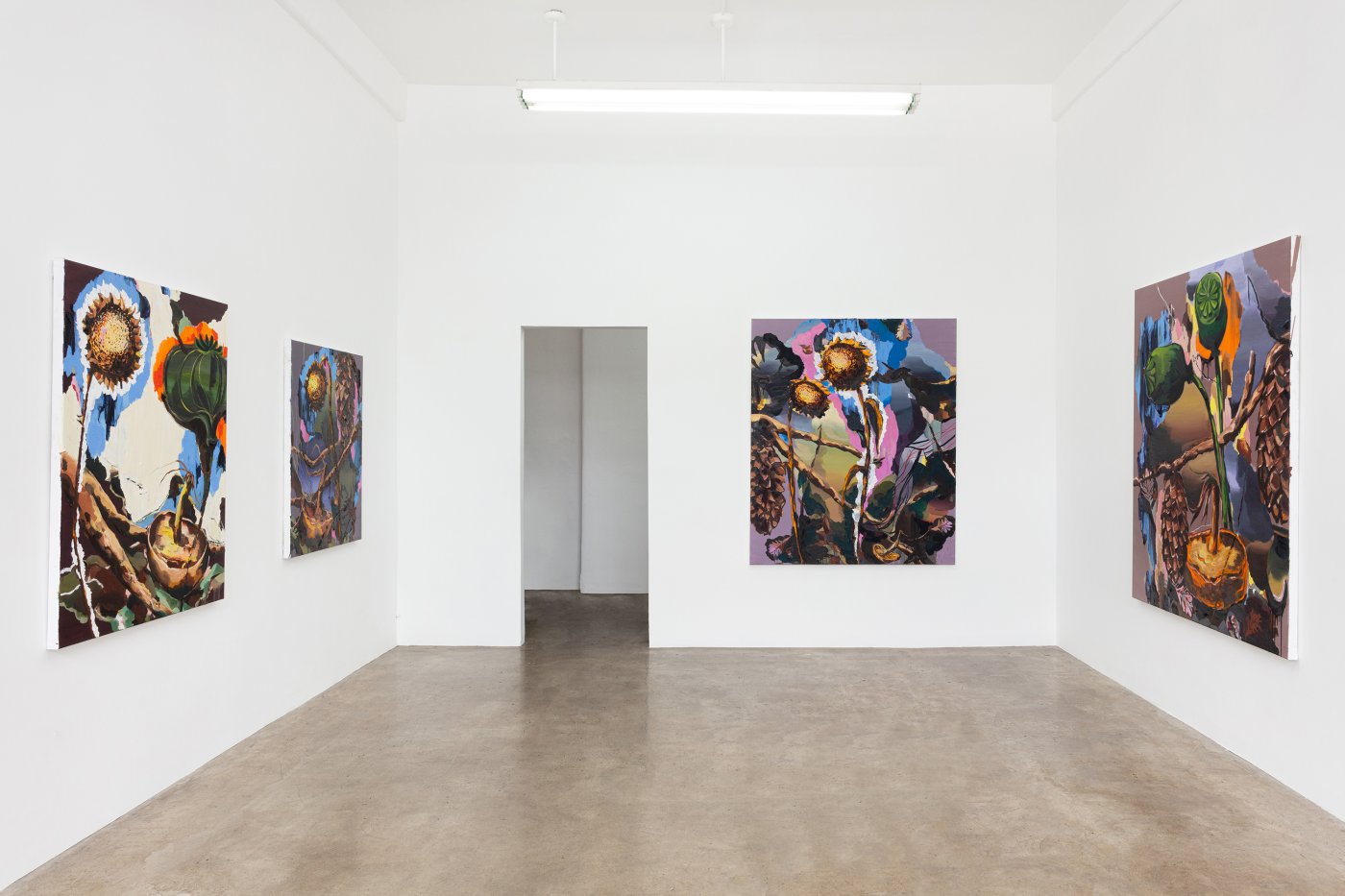 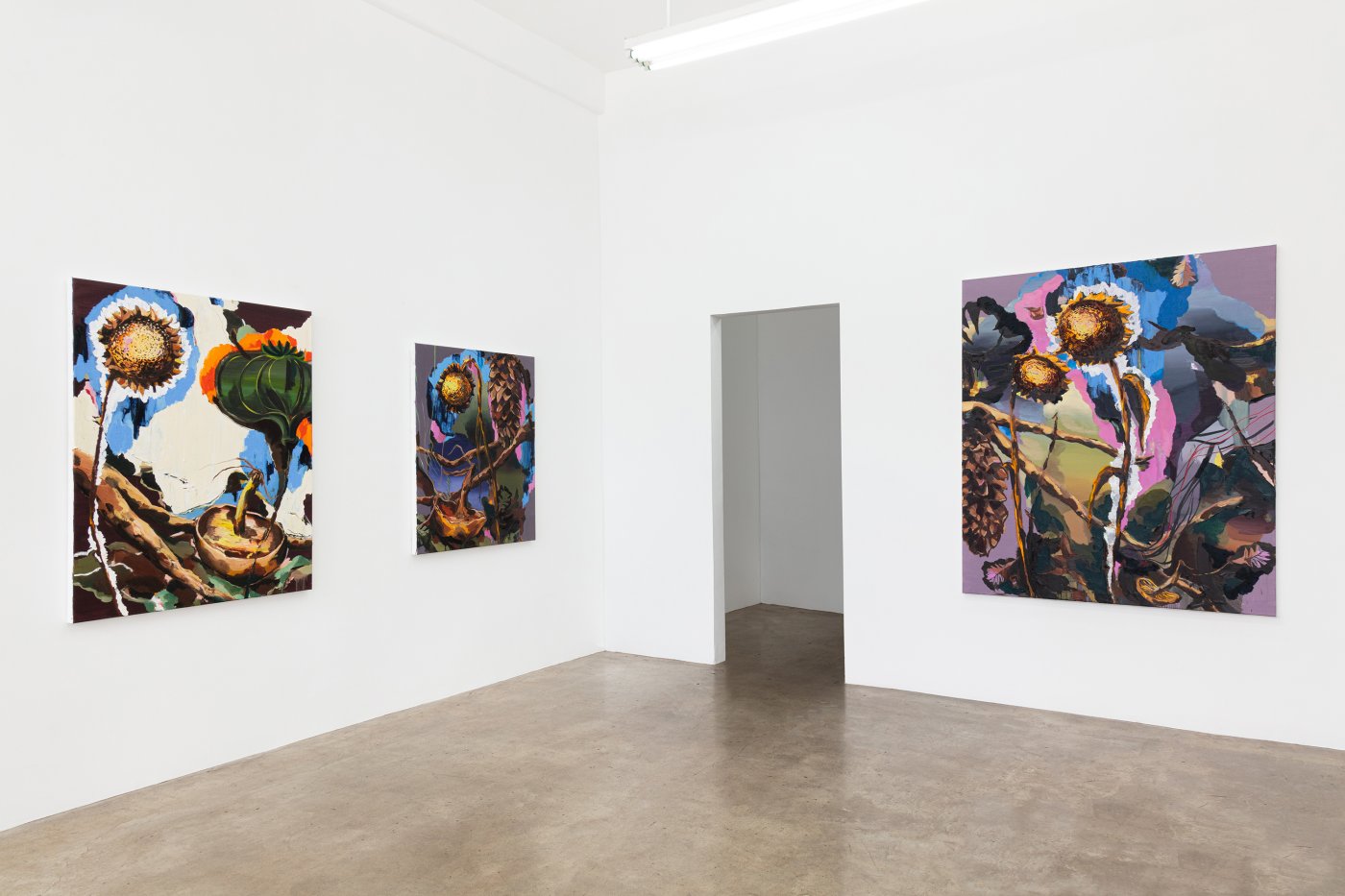 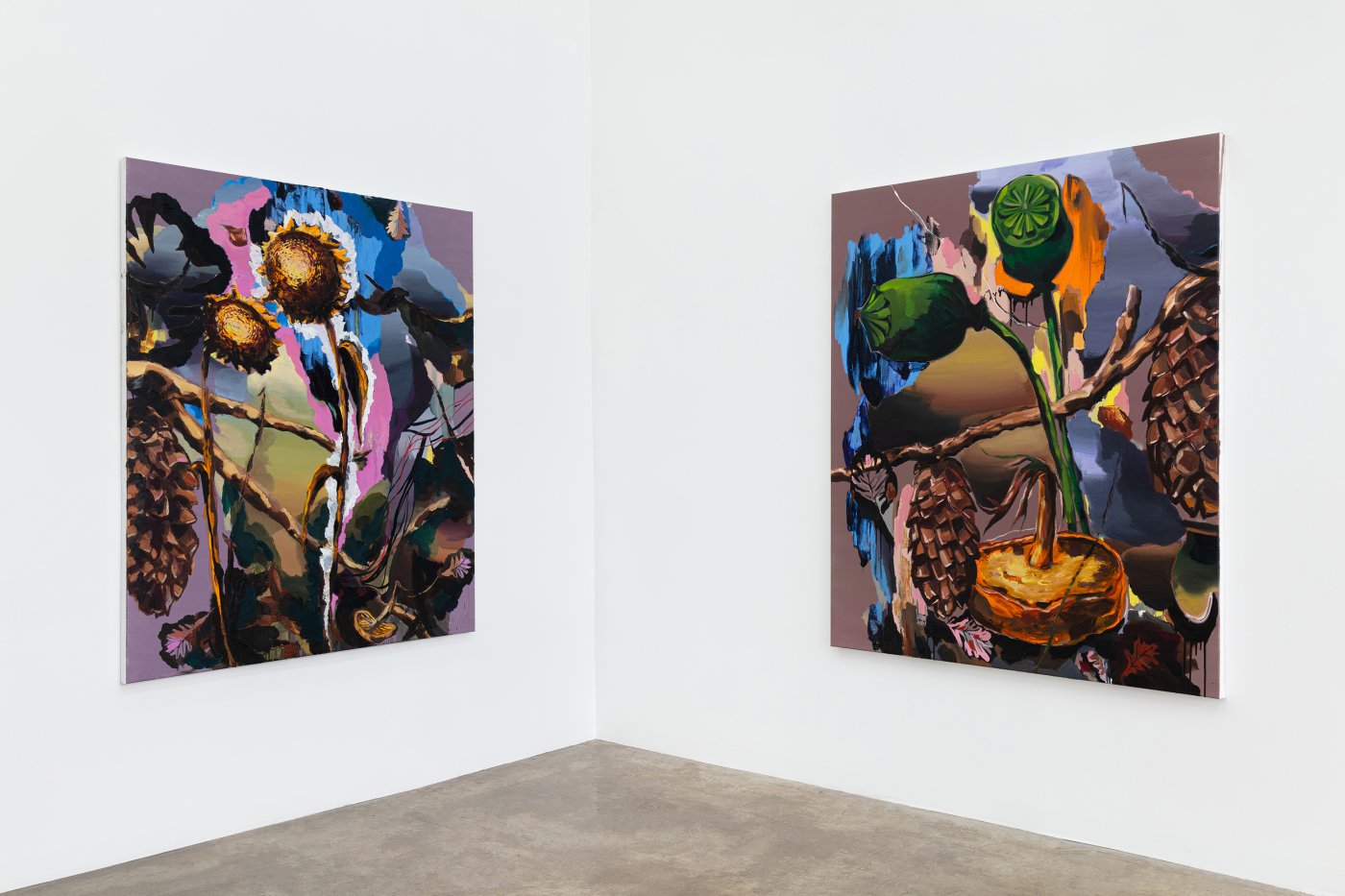 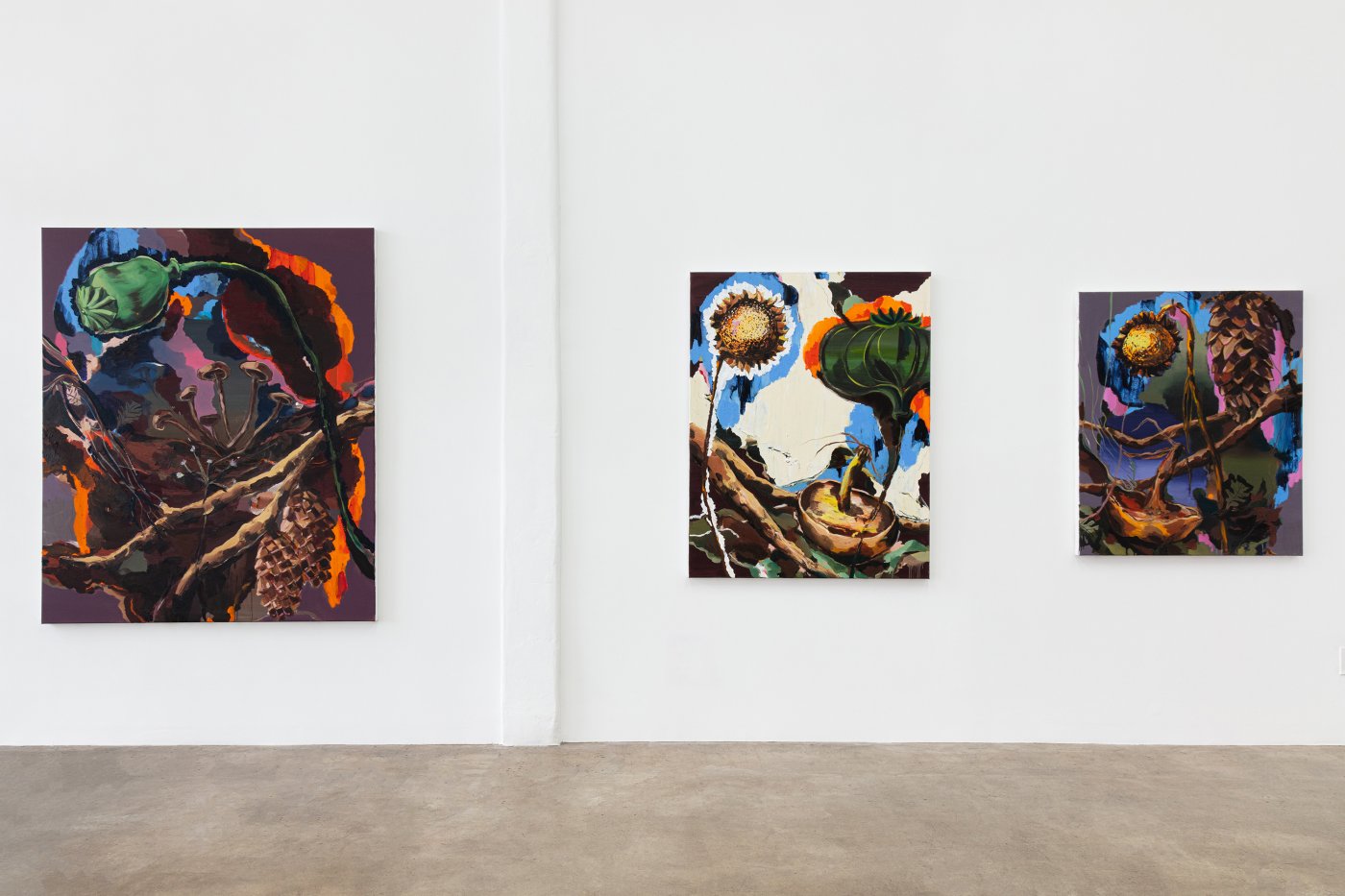 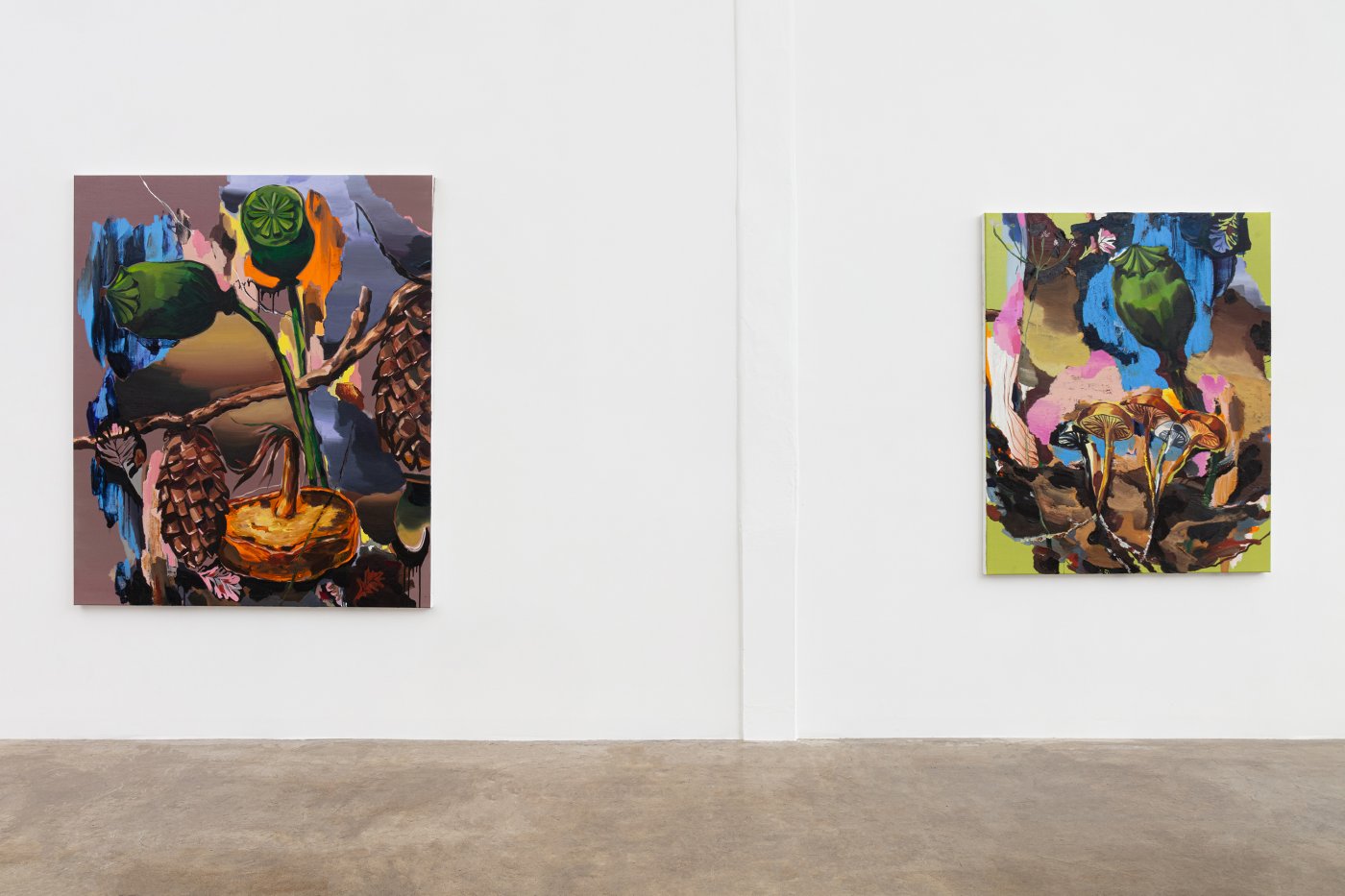 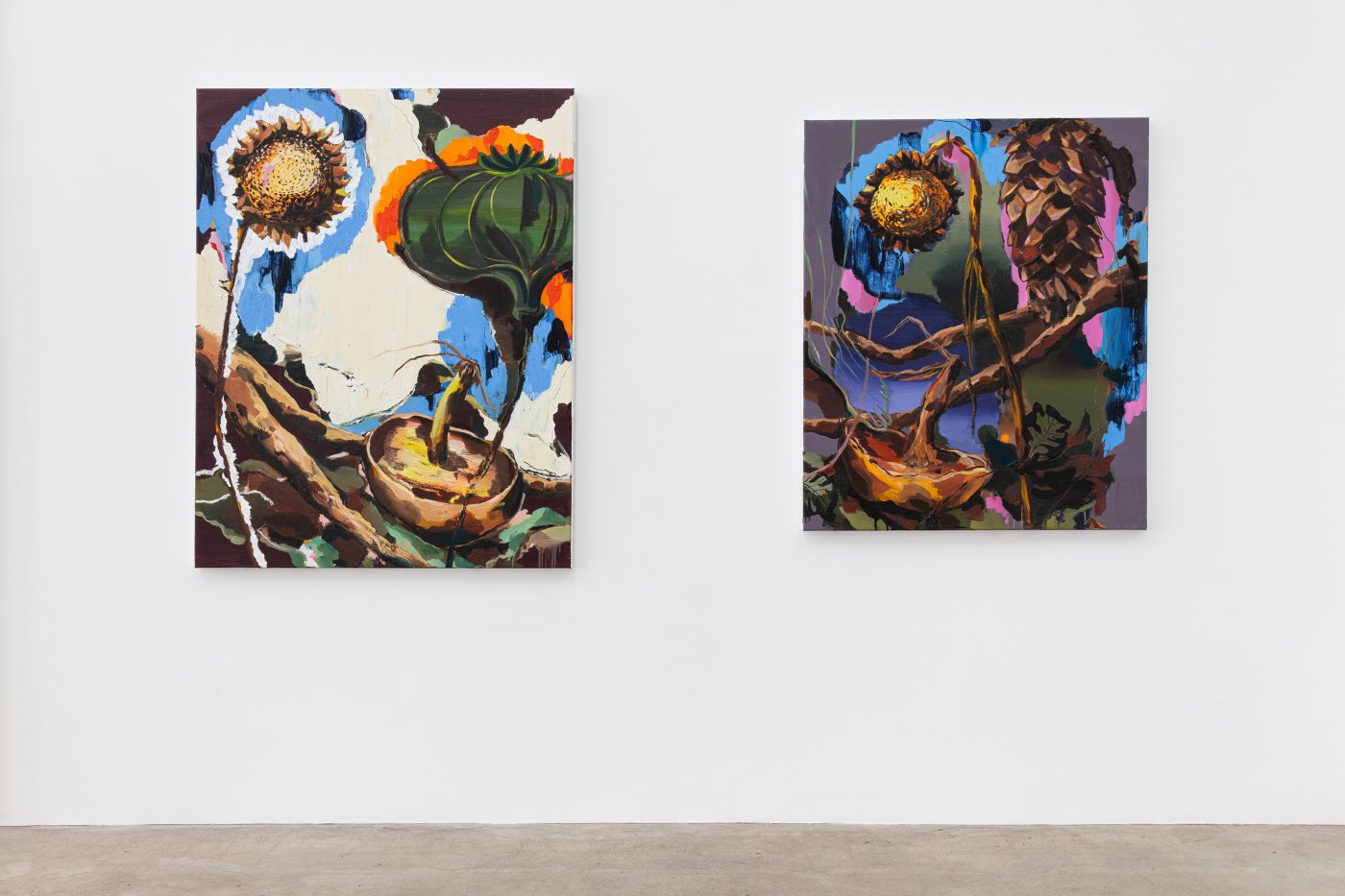 Never before has humanity’s proximity to nature been more intertwined, and at the same time, more alienated. Presently, we live in a world where the eradication of nature has a tremendous impact on our own well-being. Existence, as we know it, has to be thought anew. Yet concurrently, we find solace in the pristine vision of being immersed in nature, however remote from reality this might actually be. Over centuries, this vision has been romantically idealized or demonized alike in accordance with the given needs of mankind. Today, with increasing awareness, we realize the fragility of our planet.

In the seven new paintings created for this exhibition, Adam Saks employs the phenomenology of nature to establish a nature-like but painterly realm. By fragmenting the human figure into legs or arms, almost as x-ray-images, he condenses those limbs to elemental symbols. These forms of elementary beings are entwined with natural forms – pine cones, branches, mushrooms, poppy flower buds – coexisting in an otherworldly realm. For instance, beautiful and delicate in its appearance, the poppy has a long history of medicinal use bringing relief from pain, yet paradoxically, its misuse has brought death and devastation to humanity. Nonetheless, by dissolving the human presence in this pictorial cosmos of obliteration and sensuality, Saks symbiotically amalgamates mankind and nature.

Shifting the dimensions of the individual elements from painting to painting, a new spatiality is instituted. Figuration is not subdued to any fixed or constant scale but each time brought into its own balance. These compositional shifts allow Saks to test and push the possibilities of material, color and the relation between ground and figure. Utilizing an array of painterly means, he brings together disparate parts into a unified whole. His oil paintings, with their partly jagged surfaces, alternate between impasto application, thinly painted areas and oil stick drawn forms.

With figuration as an explicit point of departure, Saks reshapes, and at times, even annihilates it, bringing forth a new image. By expanding this microcosm of fungal growth, stems and body parts into a tightly painted texture, all elements coexist. Saks creates non-hierarchical spaces, as surprising as nature itself.

Adam Saks (b. 1974, Copenhagen) graduated from the Royal Danish Academy of Fine Arts in Copenhagen and the Hochschule der Künste (HdK), Berlin.

Recent group exhibitions include the major touring exhibition Diversity United opening in May at Berlin Templehof and travelling to the New Tretyakov Gallery, Moscow and the Palais de Tokyo, Paris though 2022, the Kunsten Museum of Modern Art, Denmark (2021), and Galerie Max Hetzler, Berlin (2020) among others.

Saks’ work is included in numerous major European collections including the National Gallery of Art in Denmark, ARoS Aarhus Kunstmuseum, New Carlsberg Foundation, Malmö Konstmuseum and Nordiska Akvarellmuseet in Sweden, as well as the Kiasma Museum of Contemporary Art and the Espoo Museum of Modern Art in Finland.

And All is Always Now is Adam Saks’ second solo exhibi- tion with Meliksetian | Briggs. A publication accompanies the exhibition.