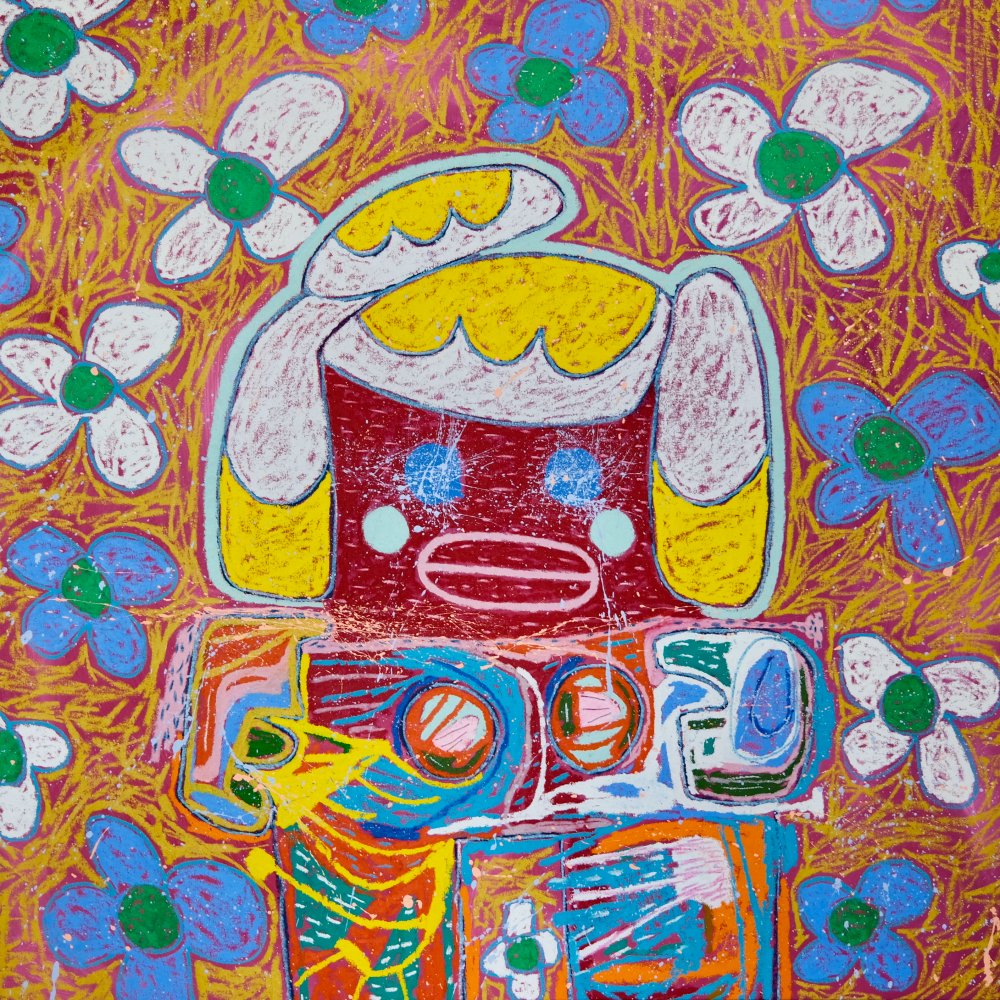 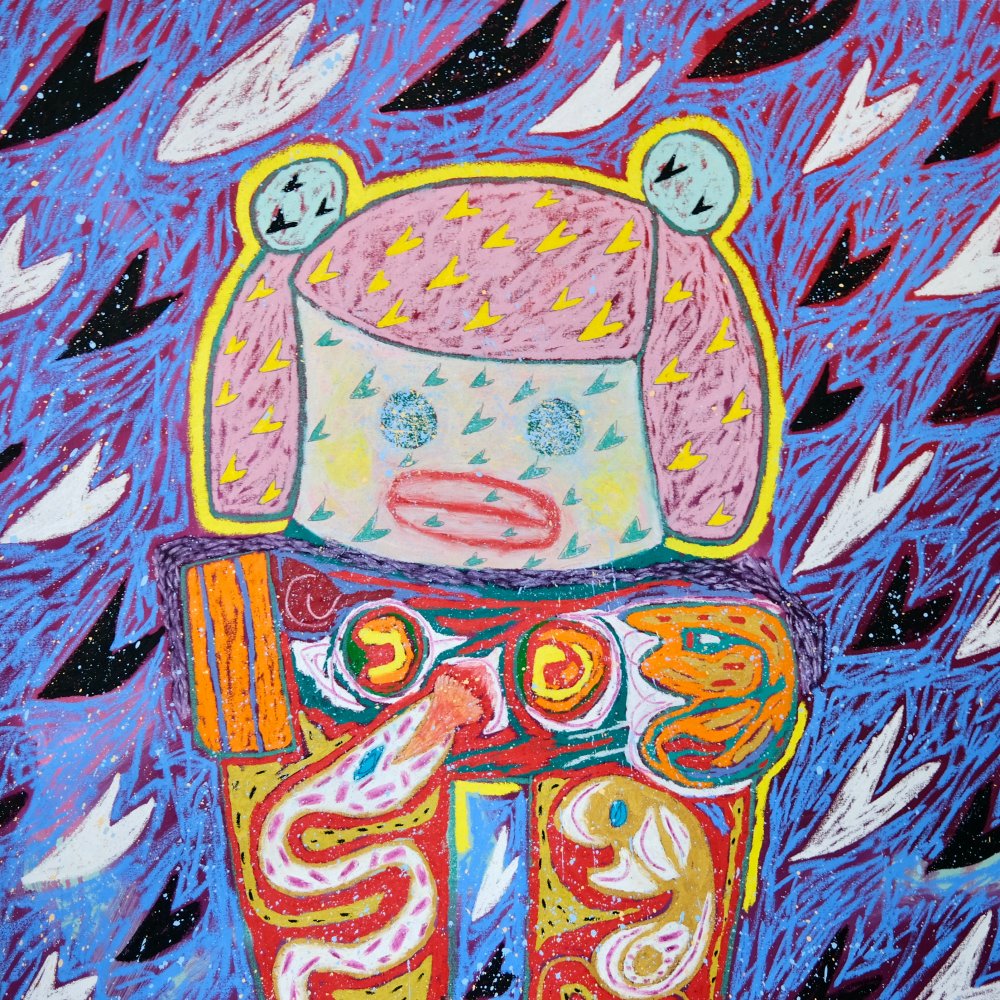 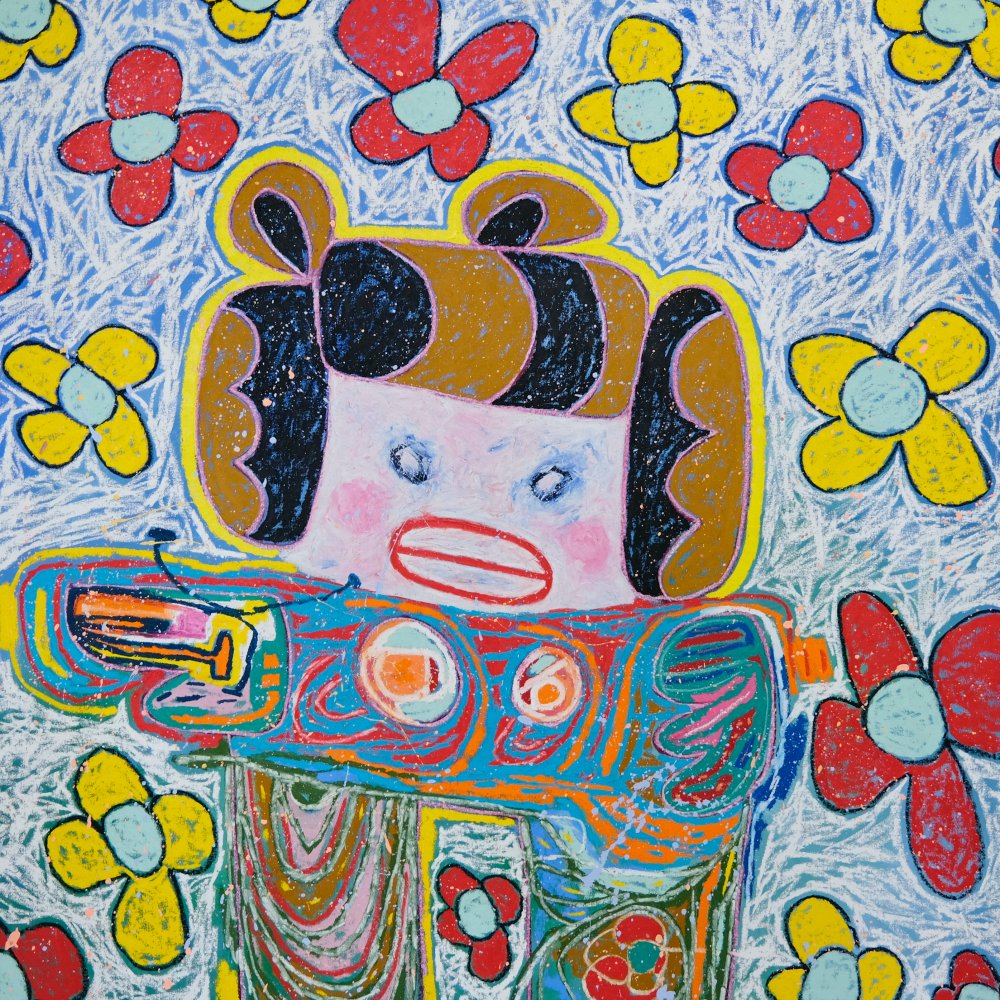 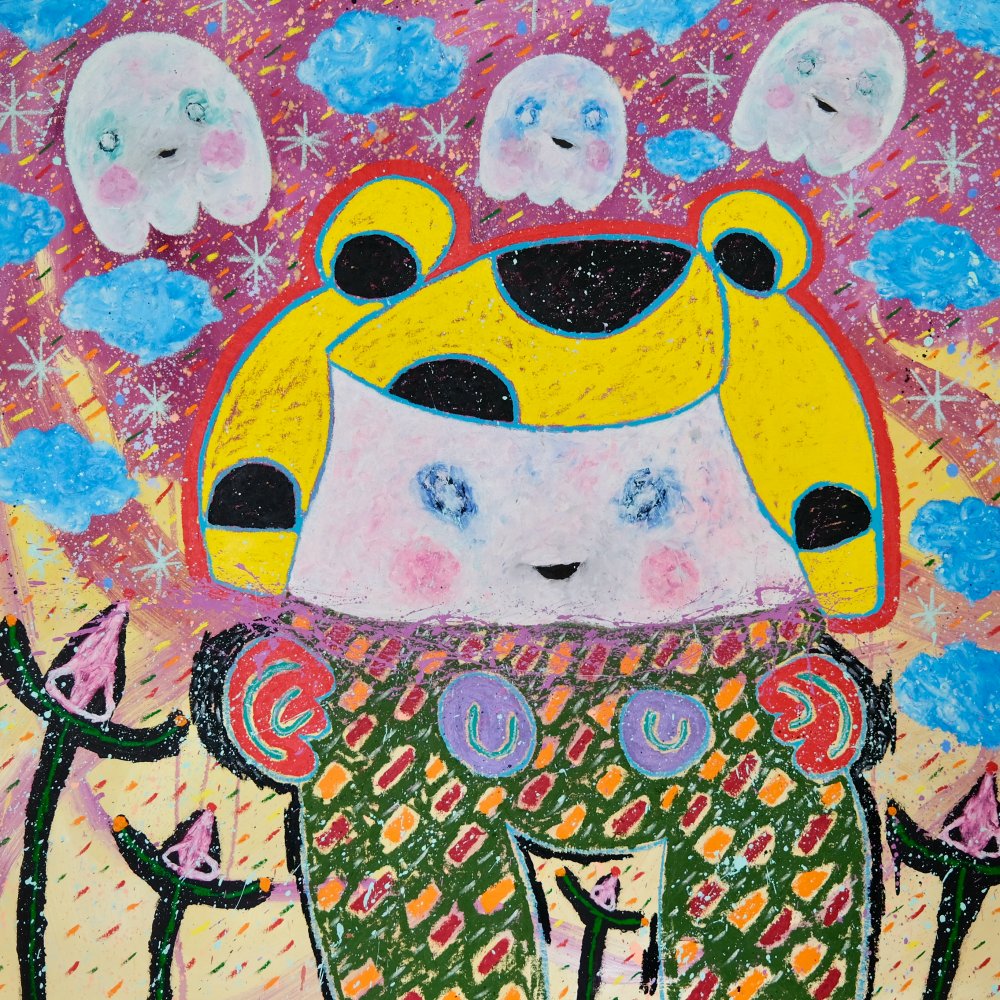 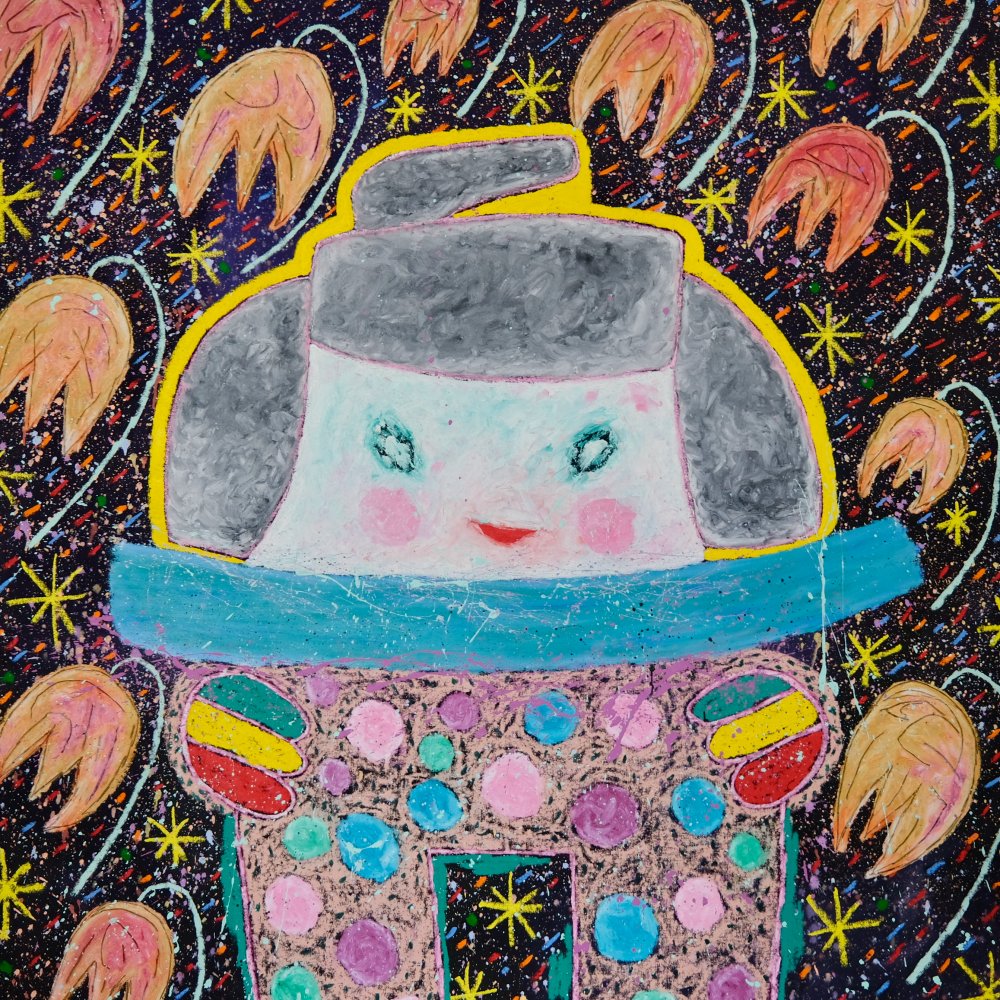 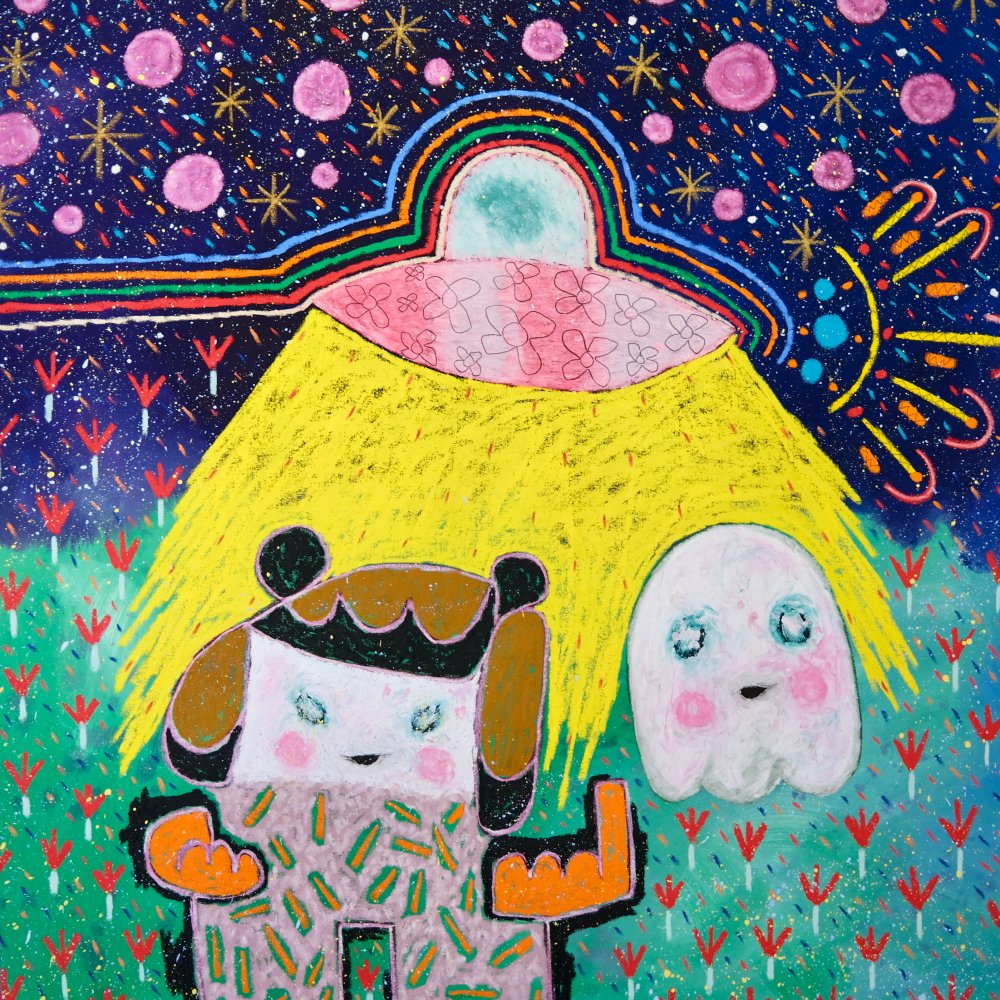 Adam Handler
Pajama Girl with ghost with tulips at midnight, 2022 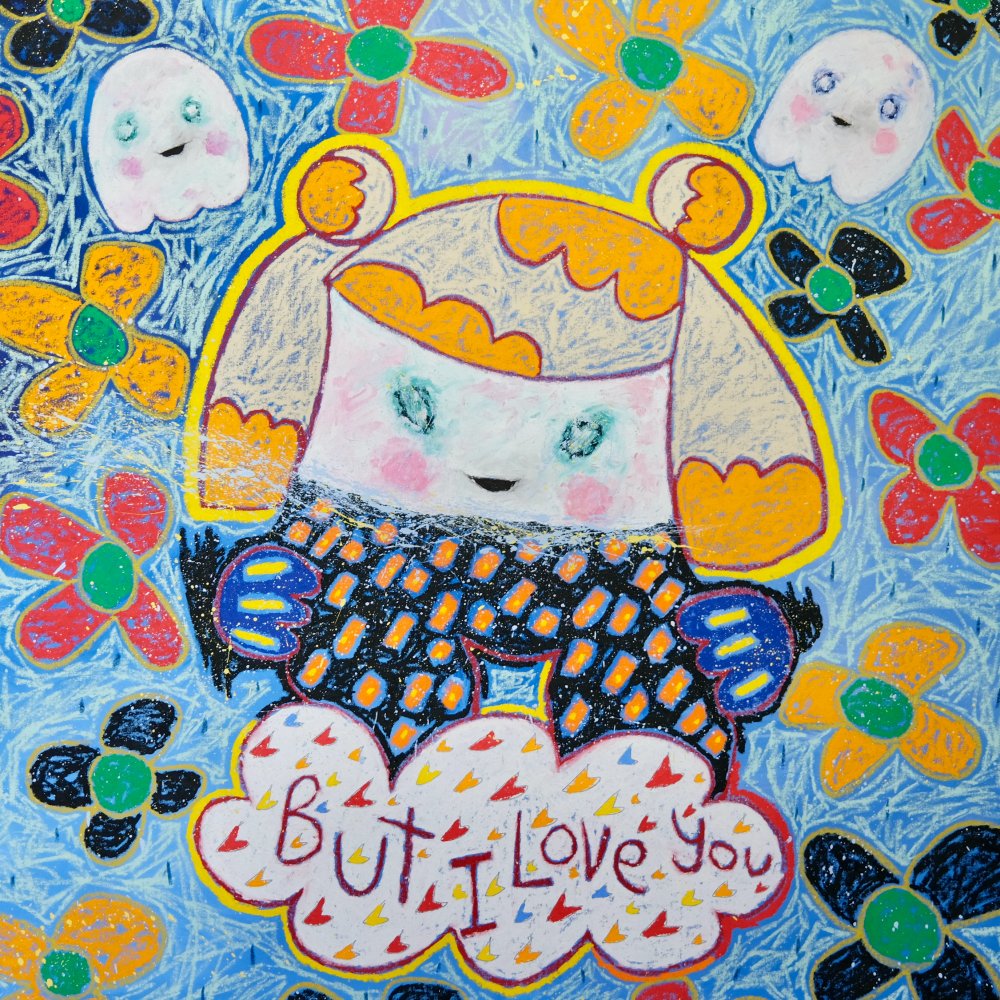 Adam Handler
But I Love you Pajama Girl, 2022 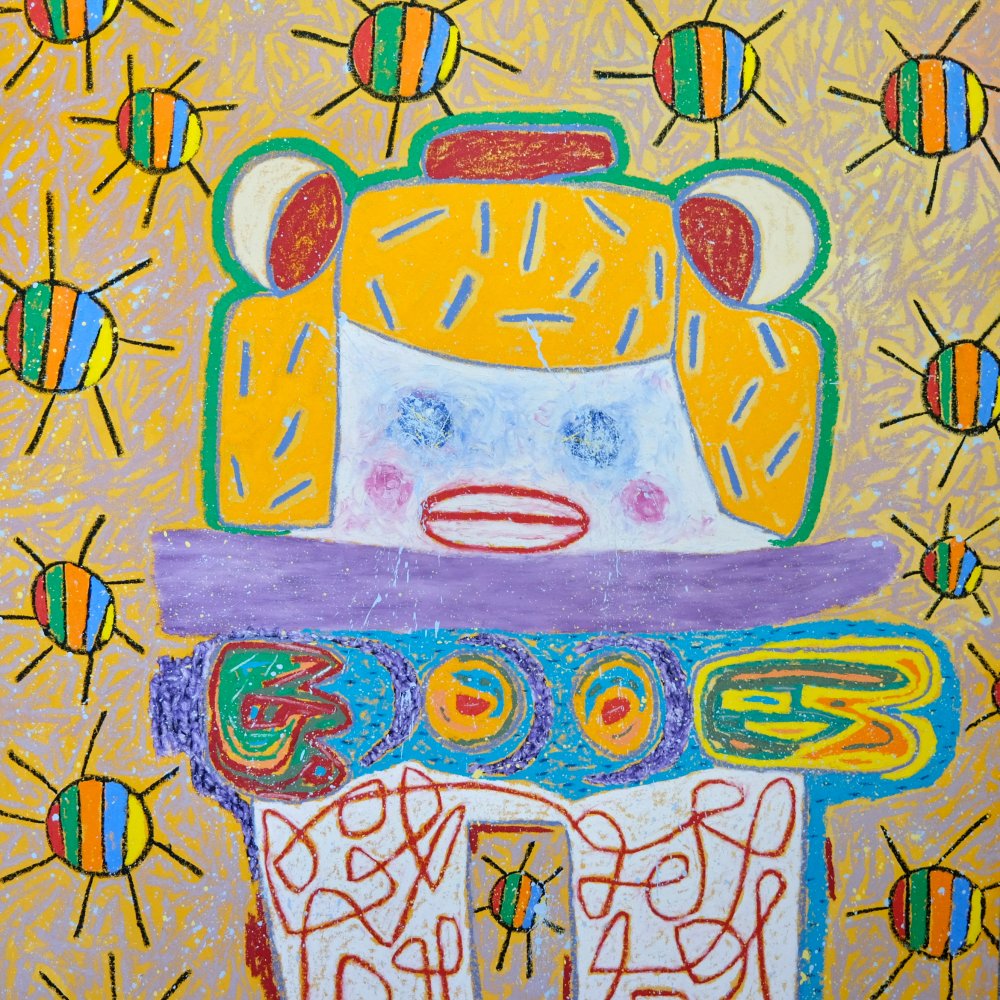 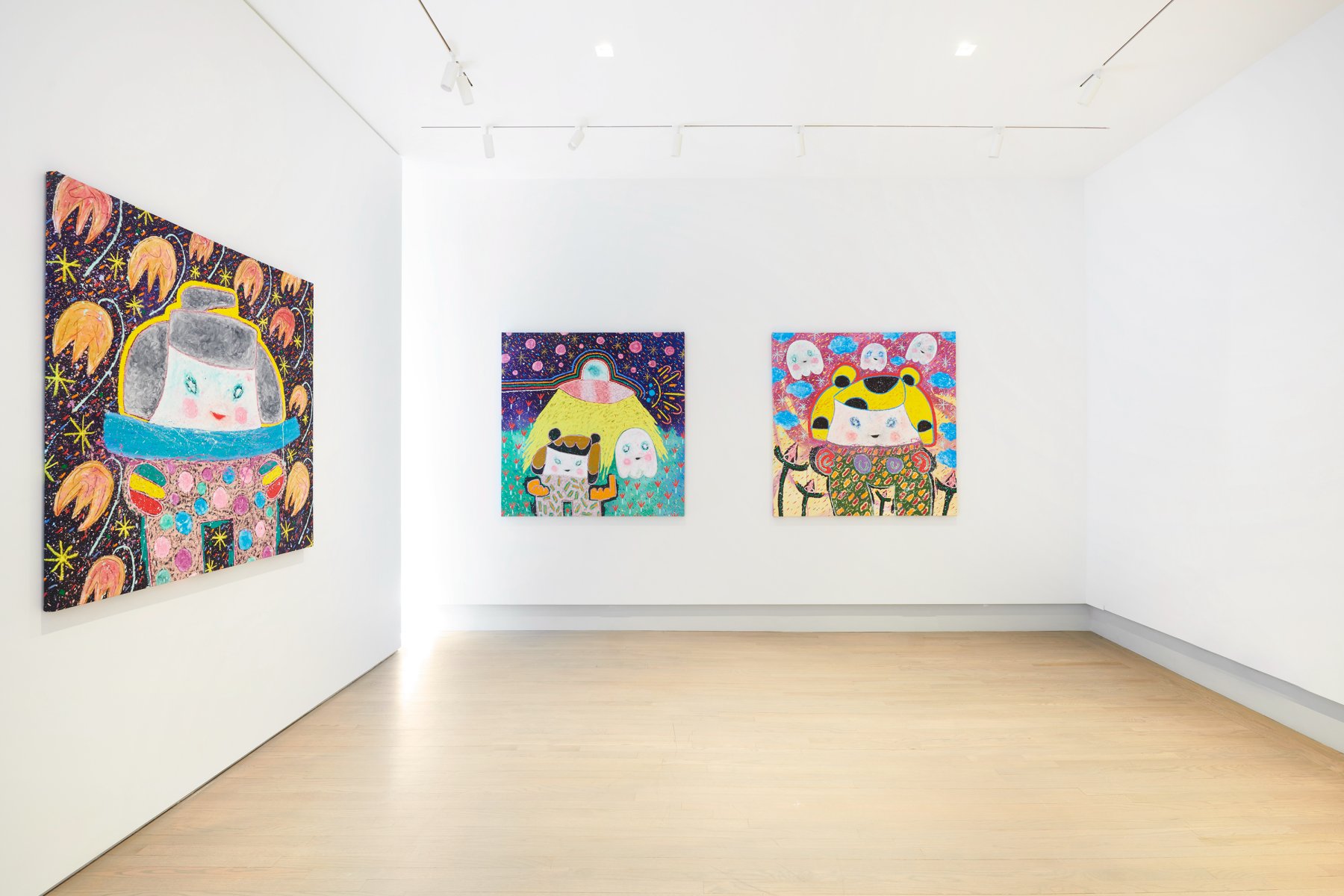 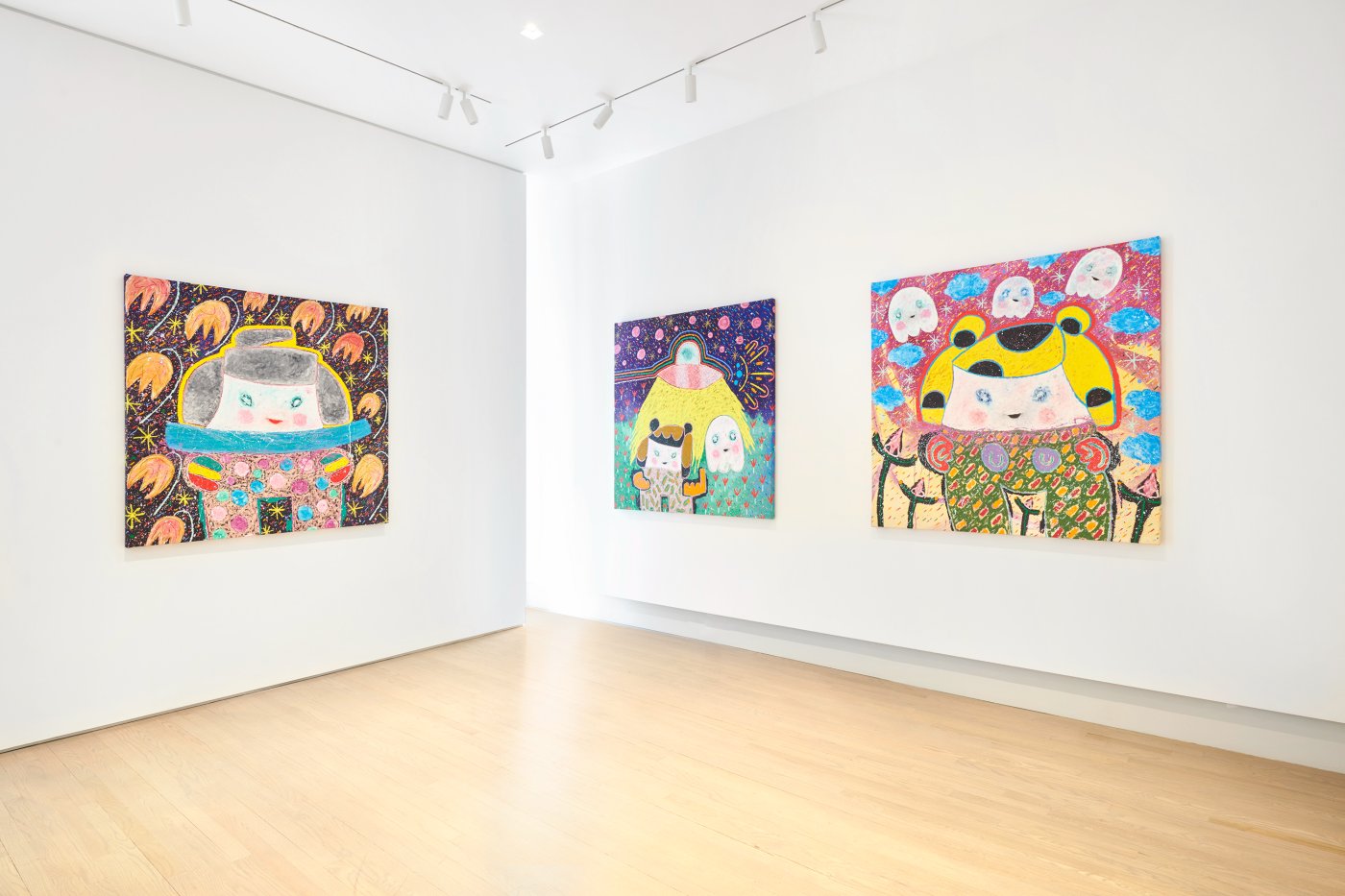 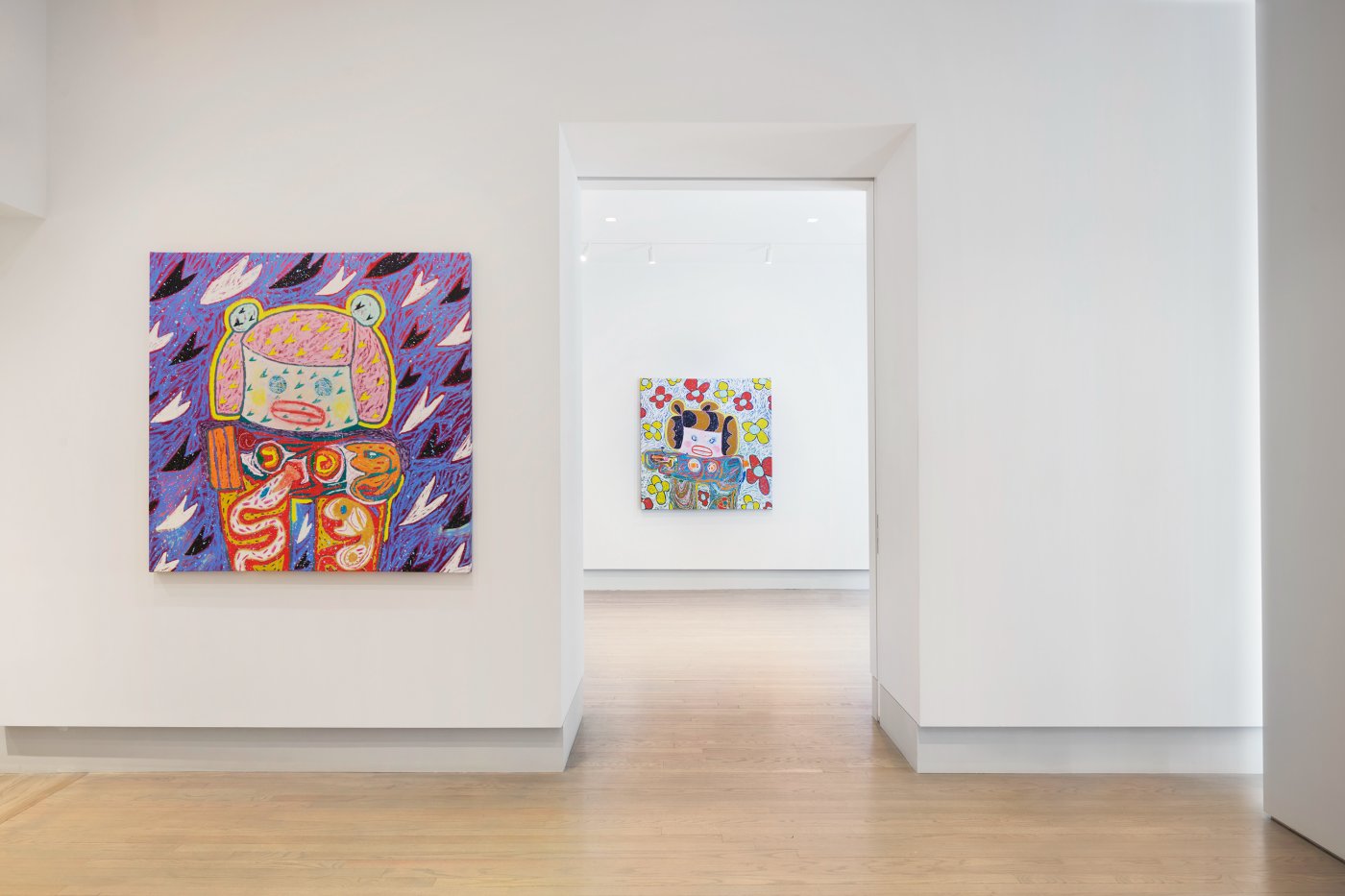 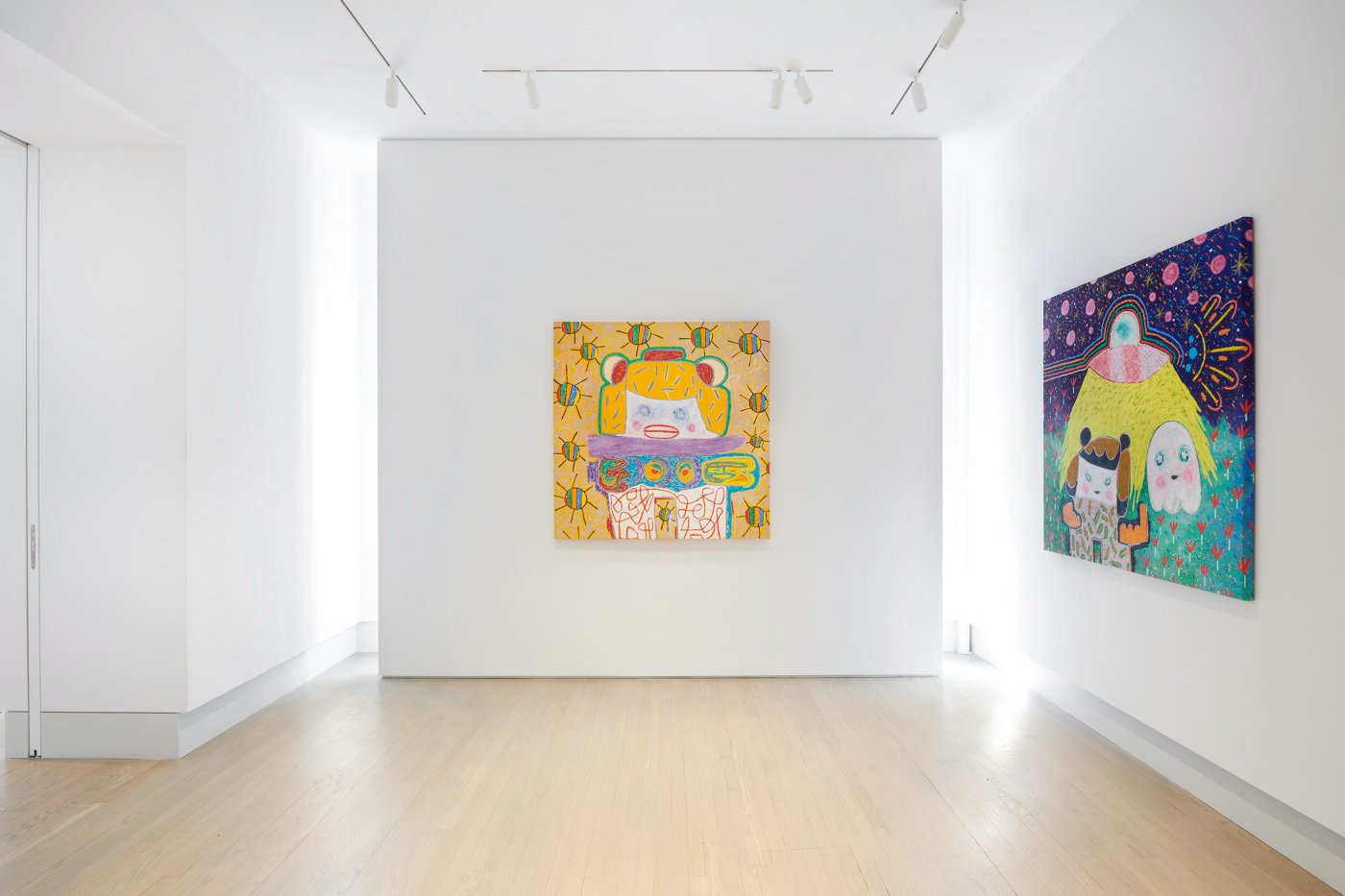 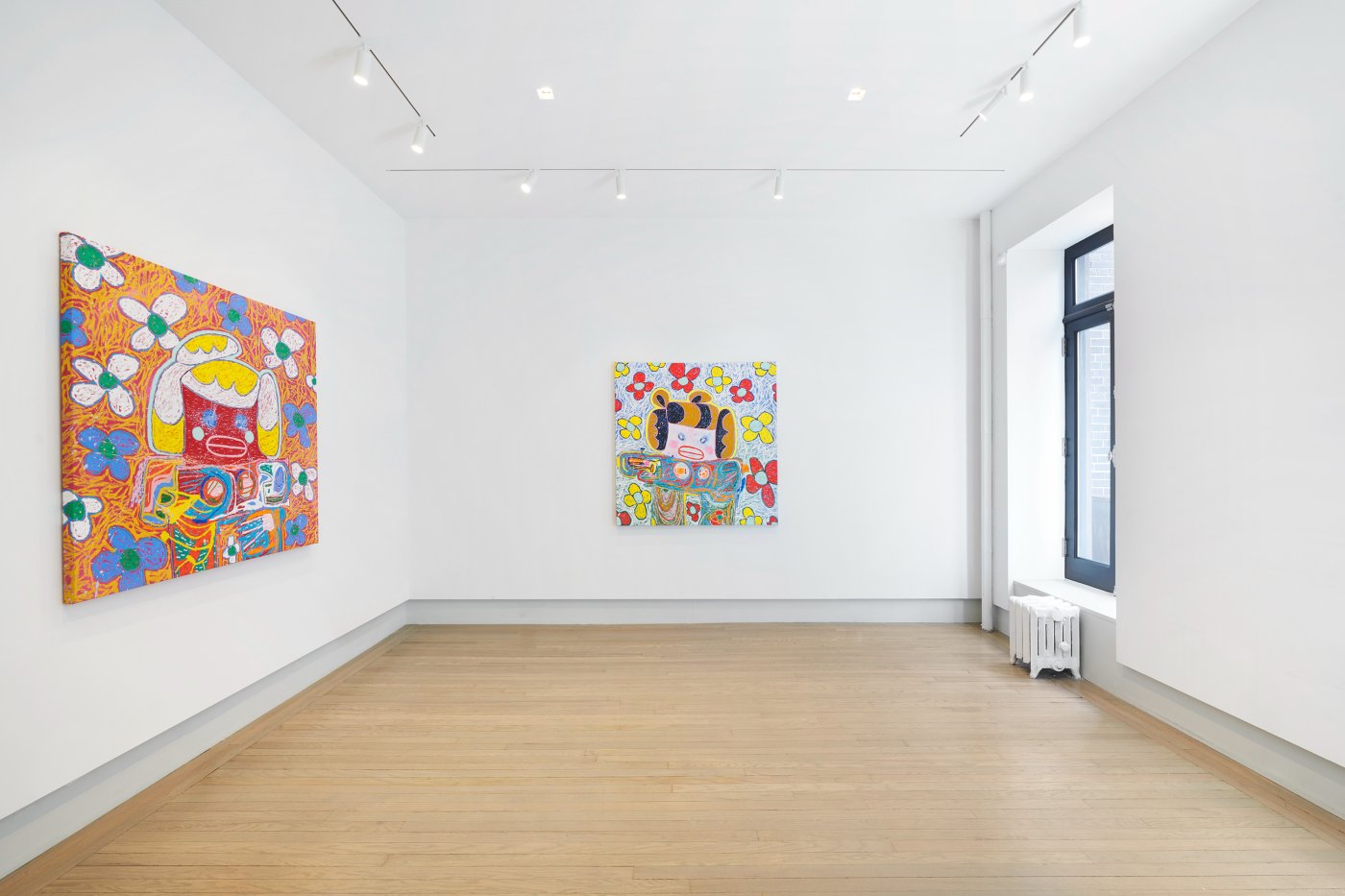 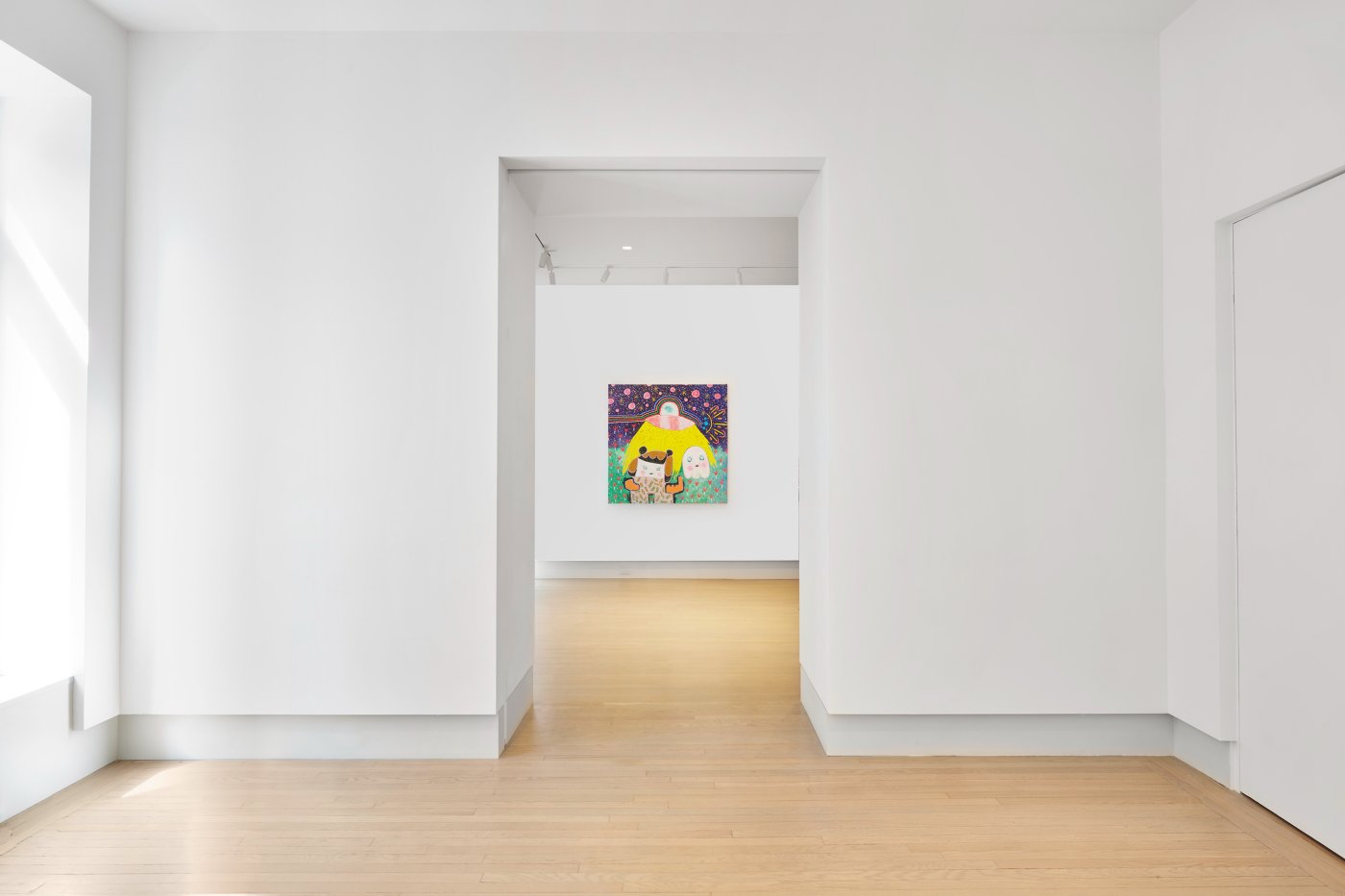 Handler’s dream-like paintings reference a variety of art historical sources, ranging from the rich traditions of Abstract Expressionists like Willem DeKooning to the self-taught genius of artists like Bill Traylor. Handler’s paintings deftly balance the skilled and the naïve. Yet Handler remixes these traditions with a world of fantasy and unease all his own. On one hand, his enchanting figures evoke kawaii, Japan’s culture of cuteness, floating in highly patterned, kaleidoscopic environments. Yet, they also point toward our inner yearning for the raw emotional states of adolescence. Handler’s paintings are ultimately maximalist odes to the imagination, populated with psychedelic gardens and surreal spirits.

Paintings like Pajama Girl with alien tulips at midnight (2022) and Blooming Girl (2022) capture Handler’s range of depicting his idiosyncratic characters’ emotional states. As Handler explains, “Nostalgia most definitely plays a role in the creation of my work. I try to invoke the raw uninhibited emotion one experiences as a child and teenager.” In Pajama Girl with alien tulips at midnight, a charming girl, at ease and calm, floats in a realm of sci-fi flowers and twinkling stars. Handler’s “Pajama Girl” is at ease with the joyous world, wearing a mosaic of polka-dot pajamas, oozing charm. Works like Blooming Girl presents the opposite: agitated and energetic, she’s in a state of anxious action, activated with colorful scribbles, as if Basquiat met manga.

On the heels of spring, Adam Handler: Hanami Party exuberantly explores the uninhibited joy of painting. In the words of the artist, the works are “humble offerings to the now overlooked beauty of time-old subjects,” but reinvigorated with an iconography all his own. The exhibition’s title refers to the seasonal custom of hanami, or “flower viewing,” when onlookers delight in the transient blooms of cherry blossoms across Japan. Likewise, visitors to Handler’s Hanami Party are invited to enjoy this temporary exhibition, filled with mysterious, colorful worlds.

About the Artist:
Adam Handler (b. 1986, Queens, NY) reforms art’s conventions of beauty by returning to supposed primal or elementary beginnings, adopting a child-like style and questioning our conceptions of and presumptions about our surrounding reality. He cites an autobiographical influence in his work, and his wife serves as his indelible inspiration. Handler studied life drawing in Italy and went on to graduate from Purchase College, State University of New York with a major in Art History. As a young child and adolescent, he spent countless hours at his grandparents’ framing factory in New York City. There, his passion for the arts grew and it became inevitable that he too would discover the many possibilities of art. He has also studied craft design with Jorge Nieves and printing color photography with Debra Mesa-Pelly.