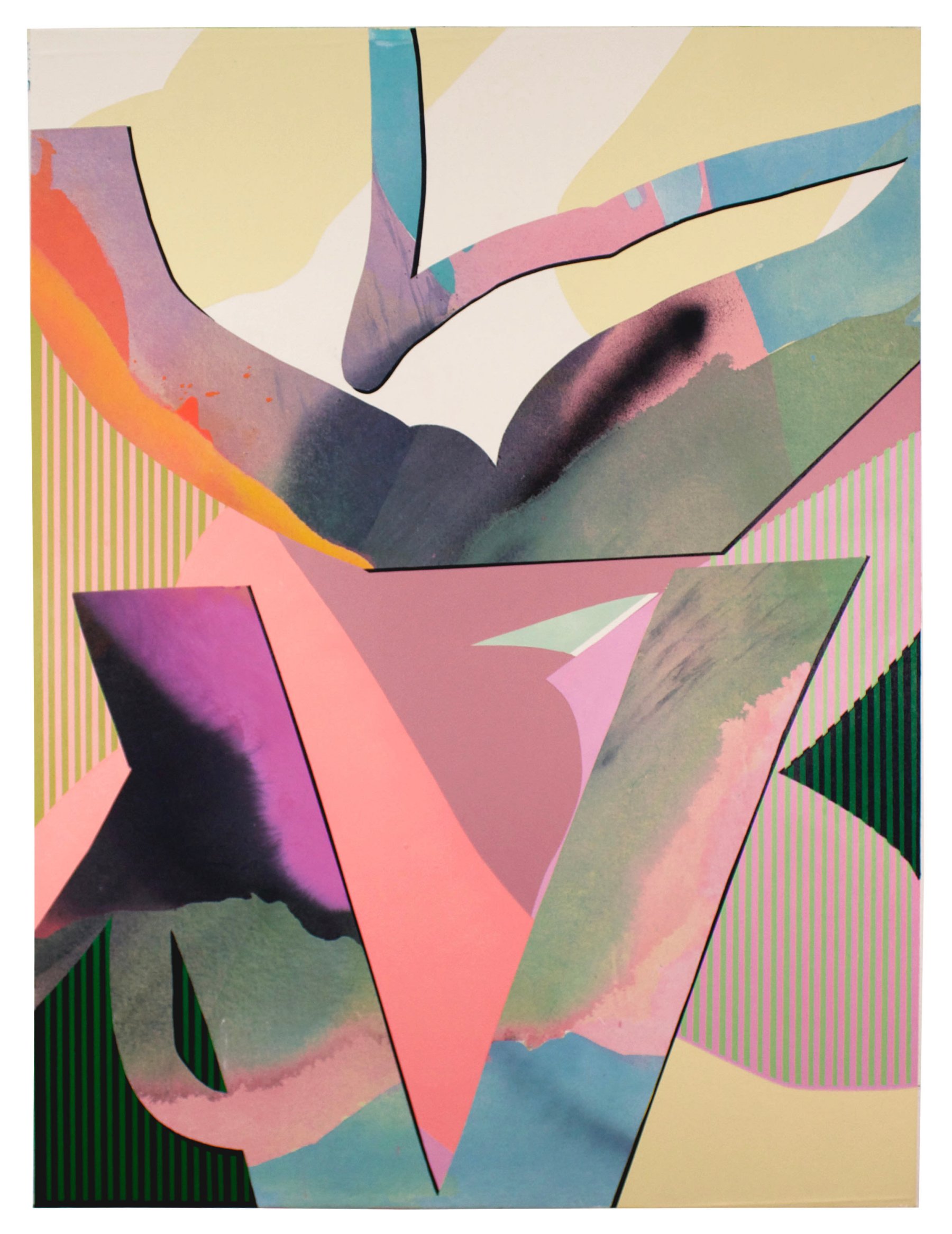 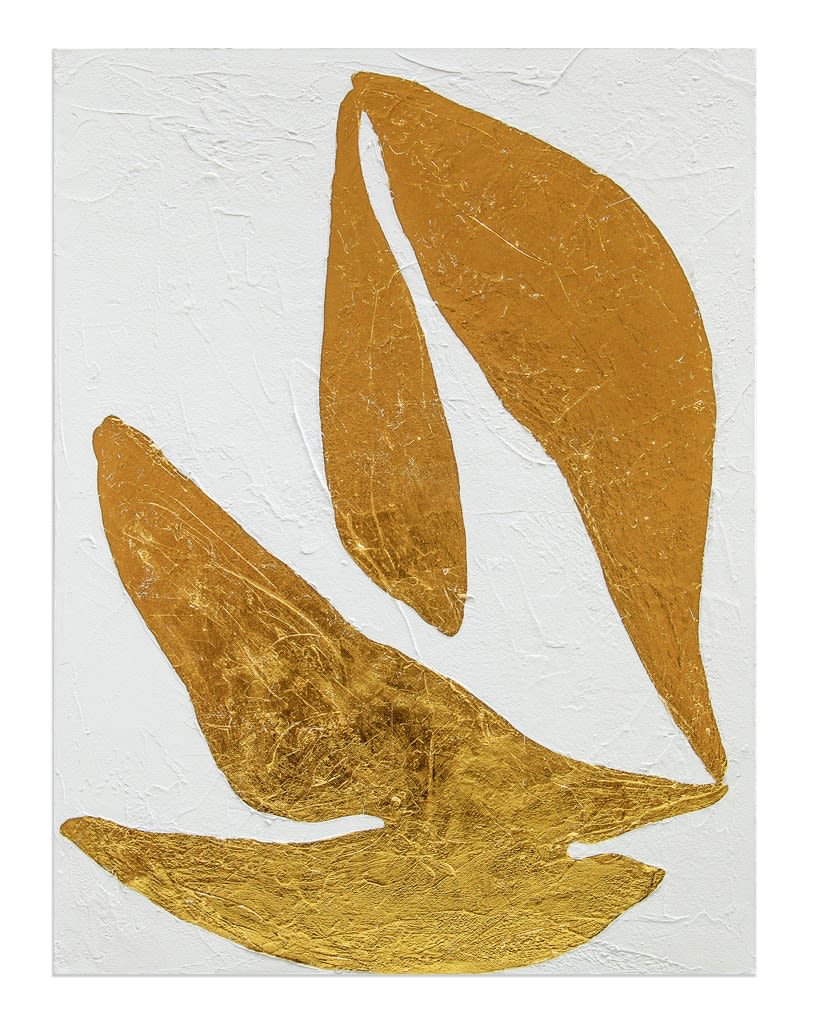 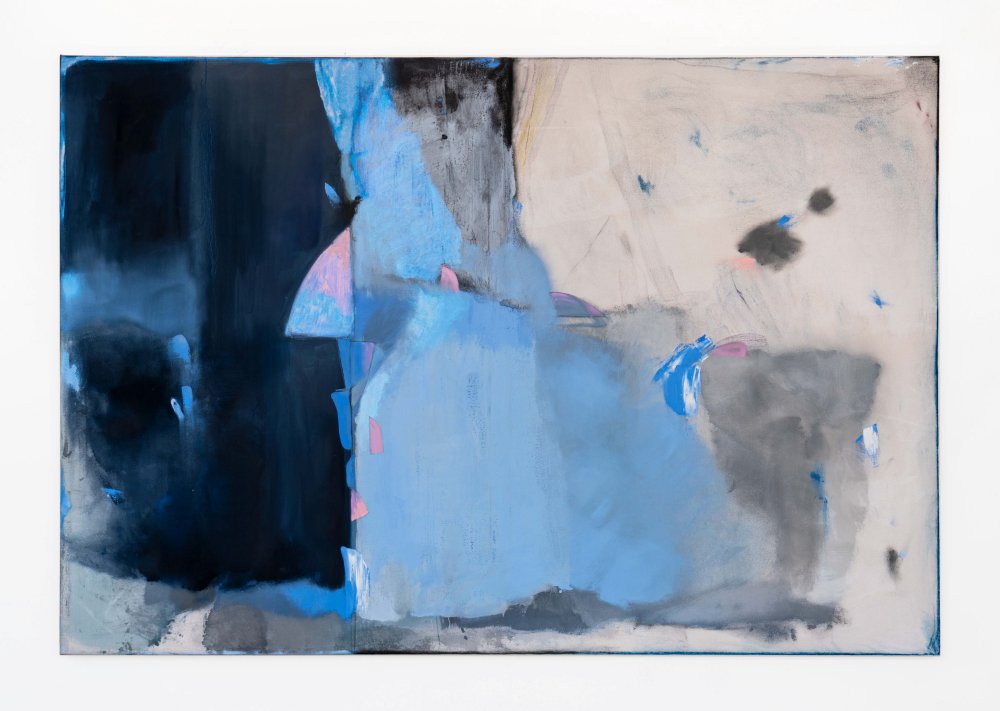 Dana James
The Hardest Thing to See is What's Really There, 2022 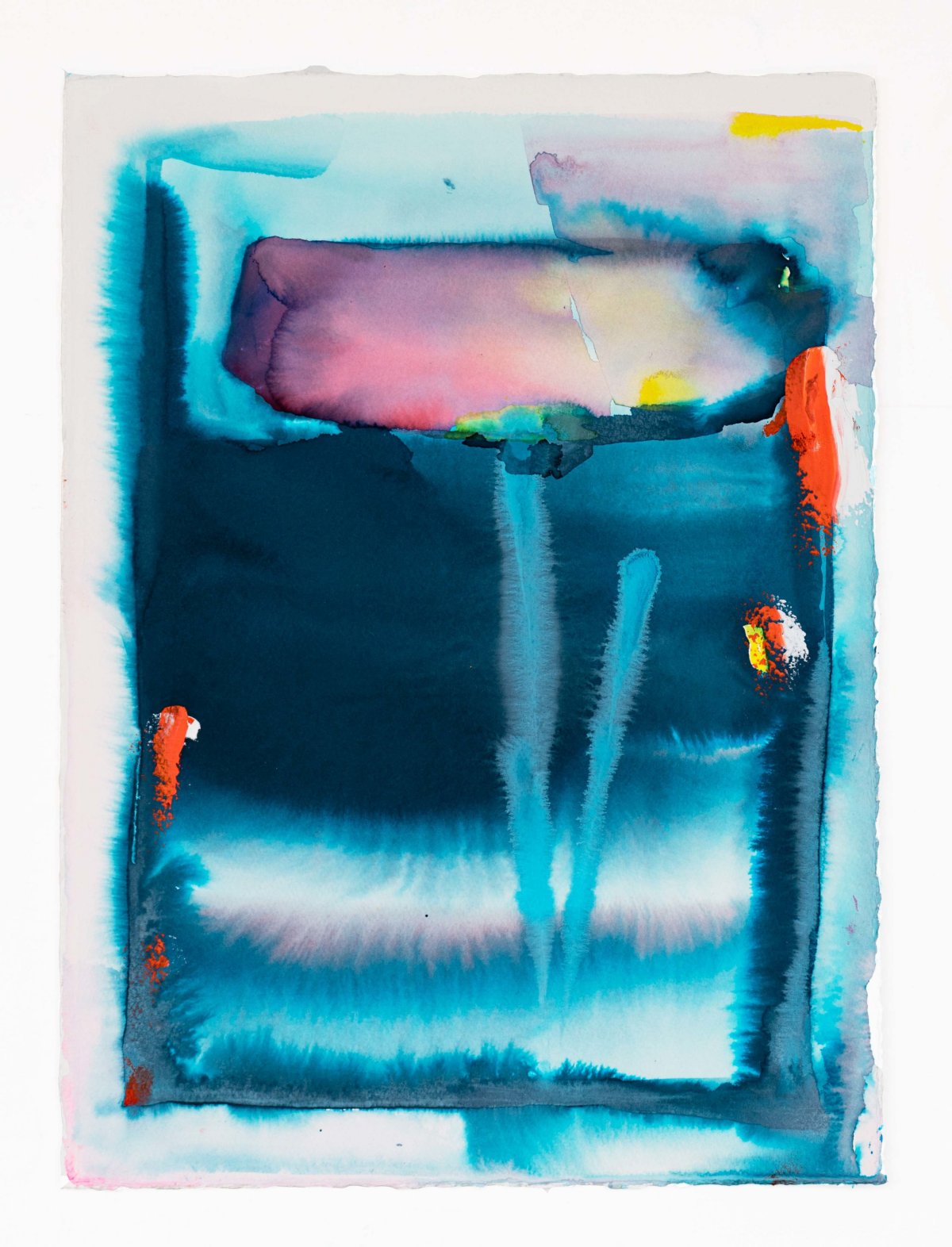 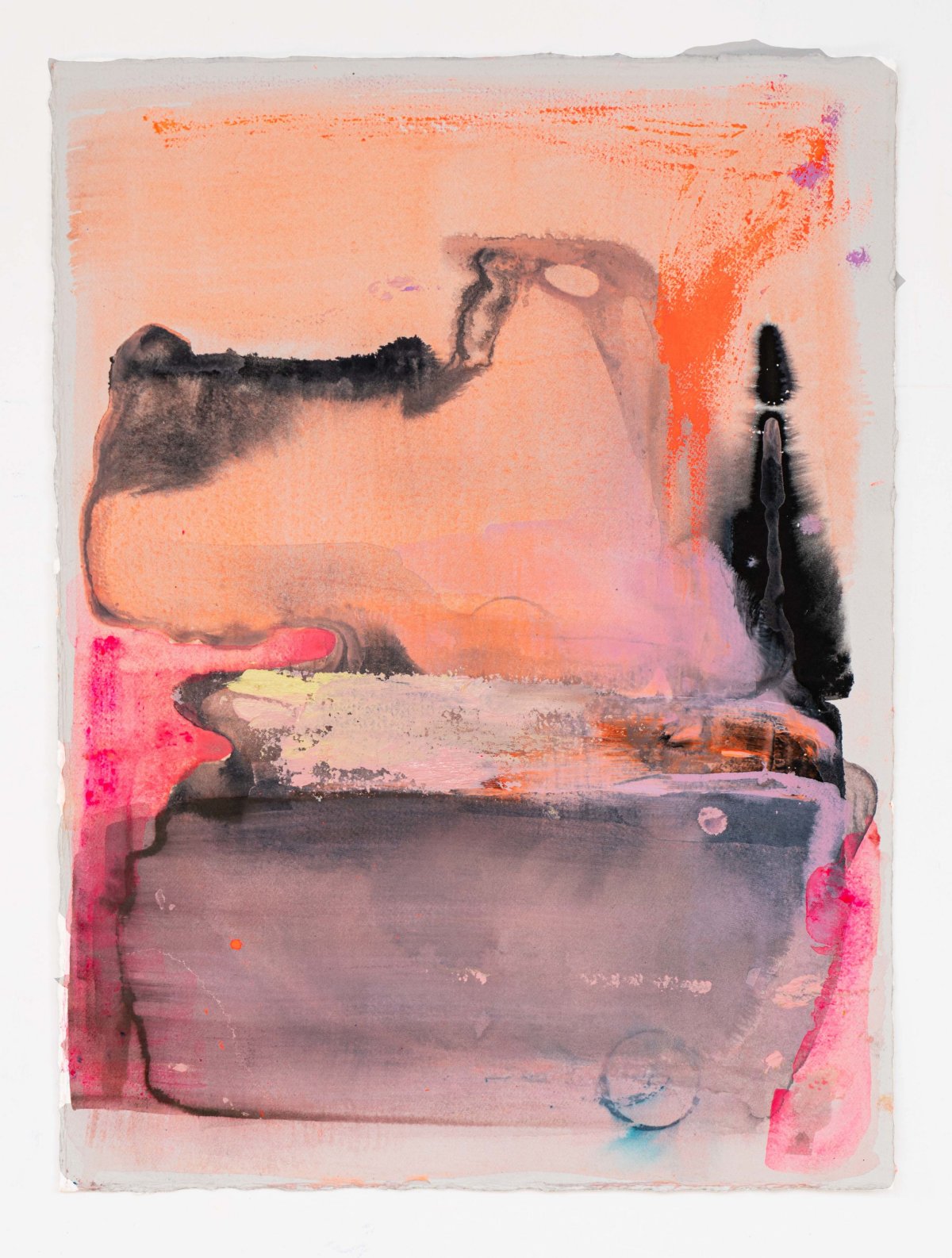 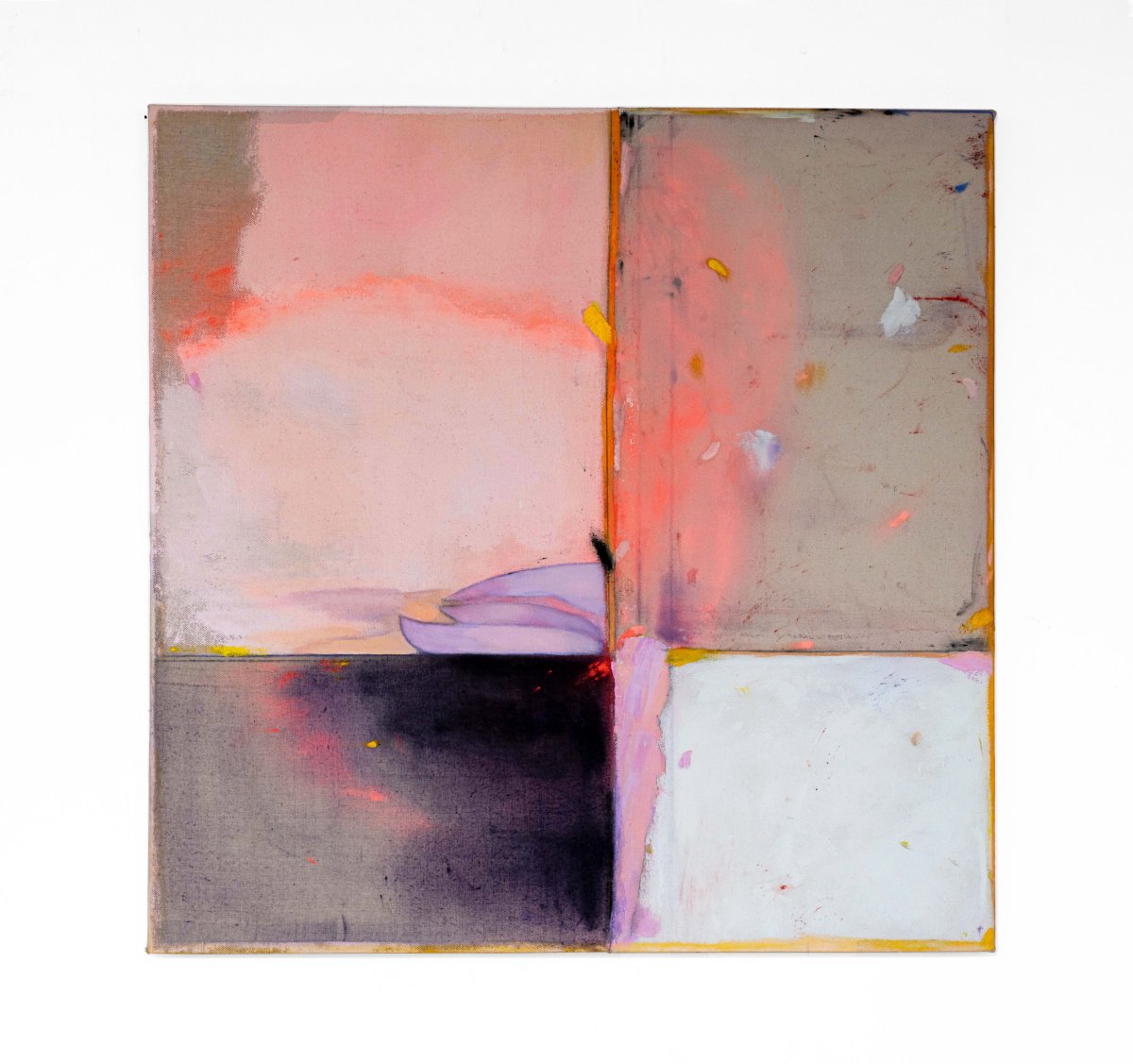 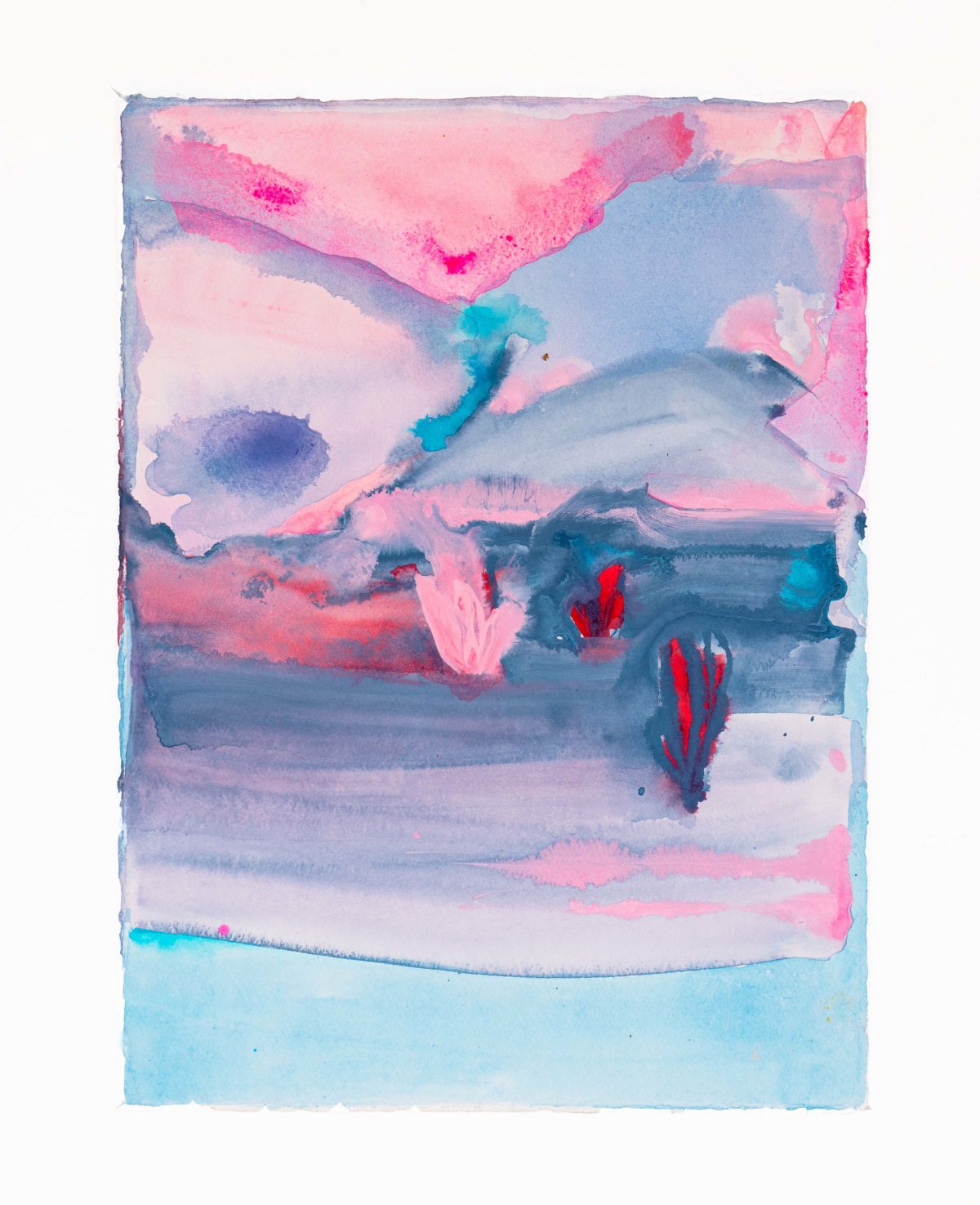 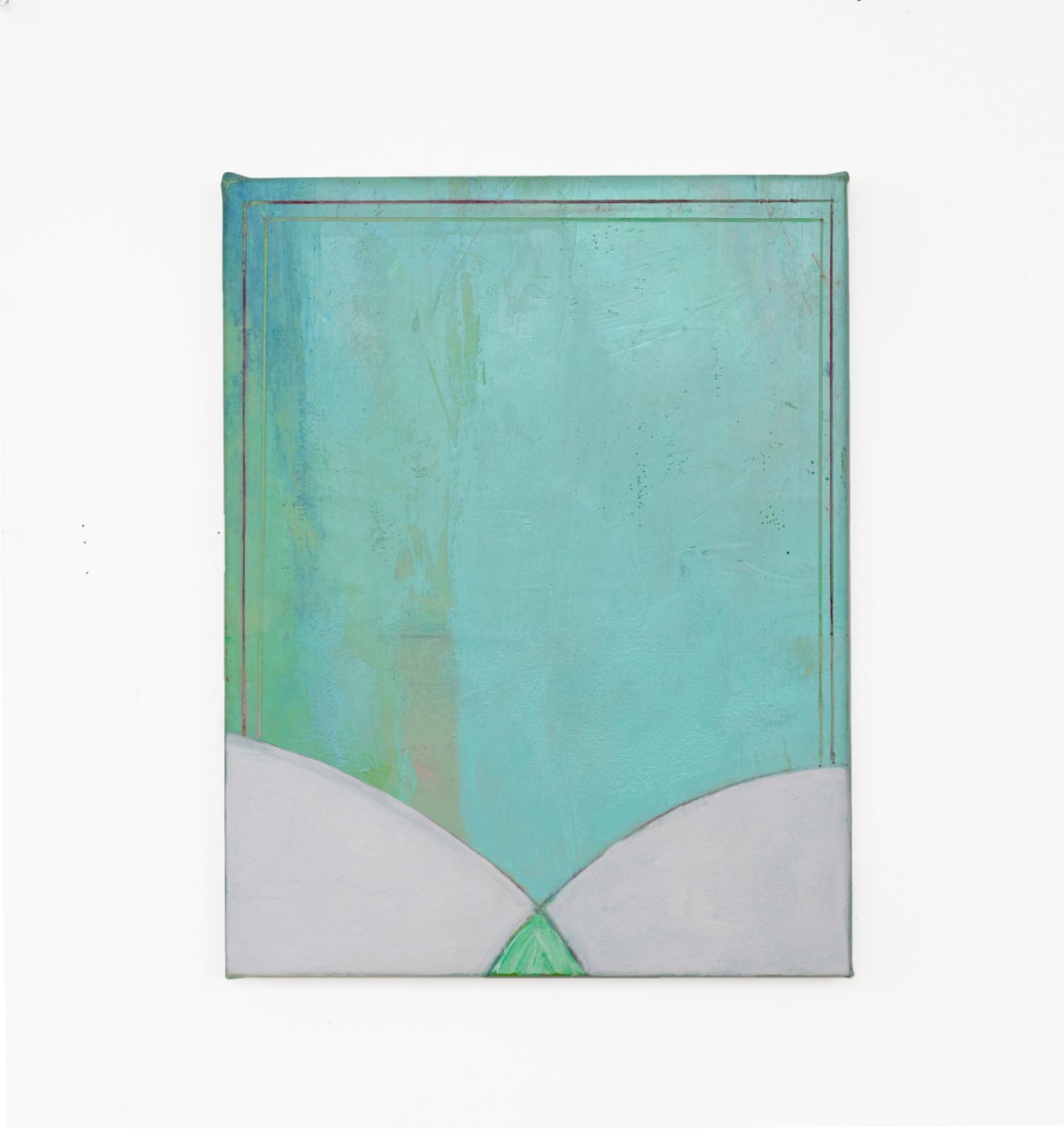 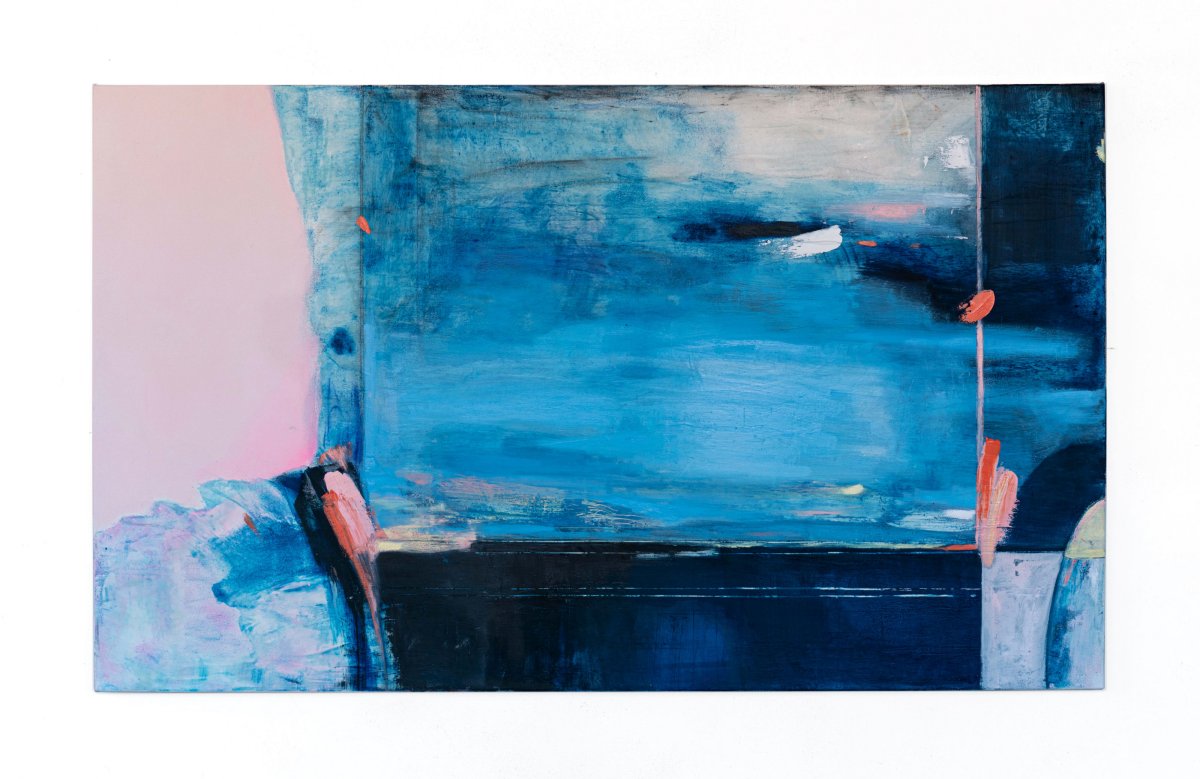 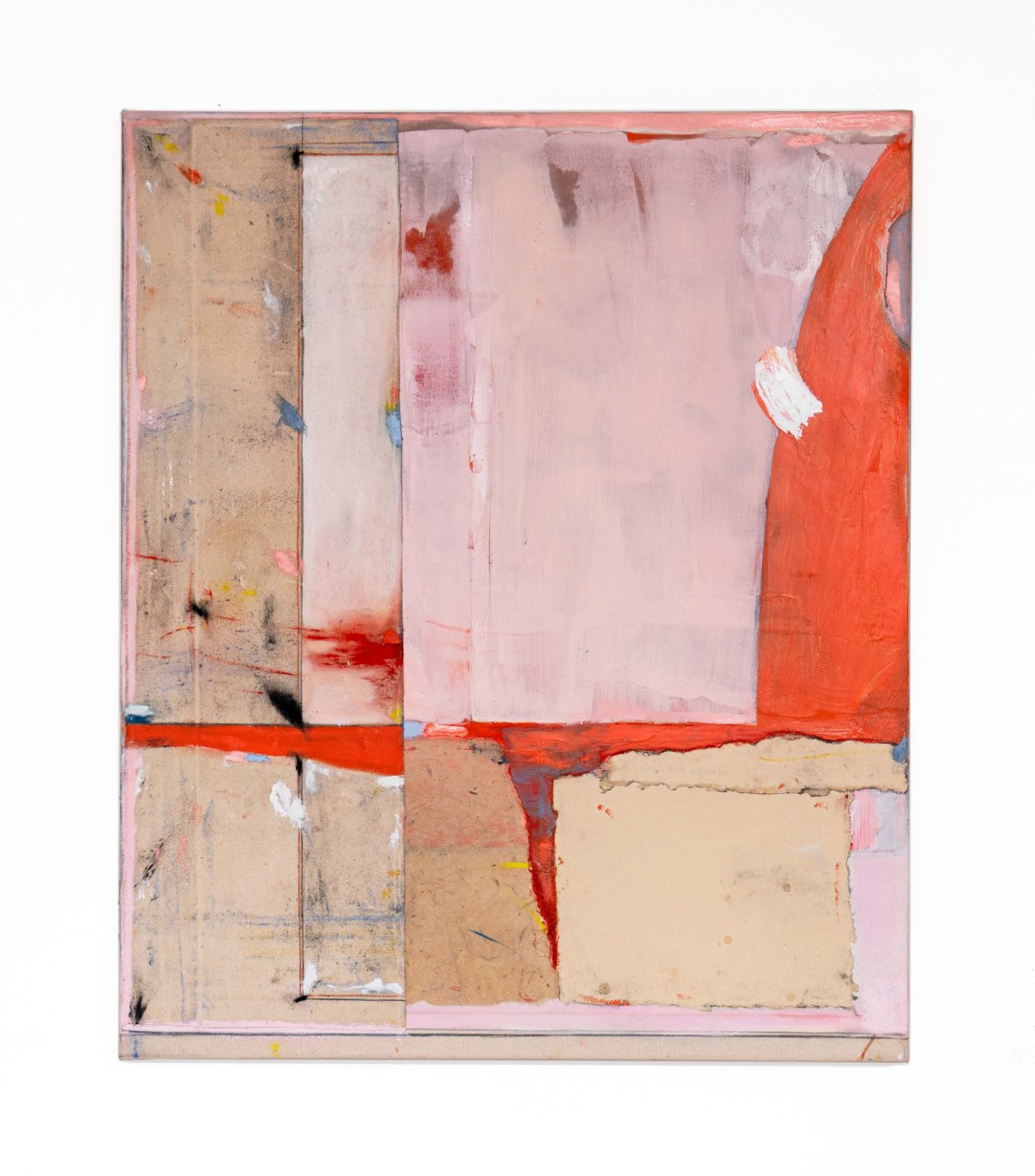 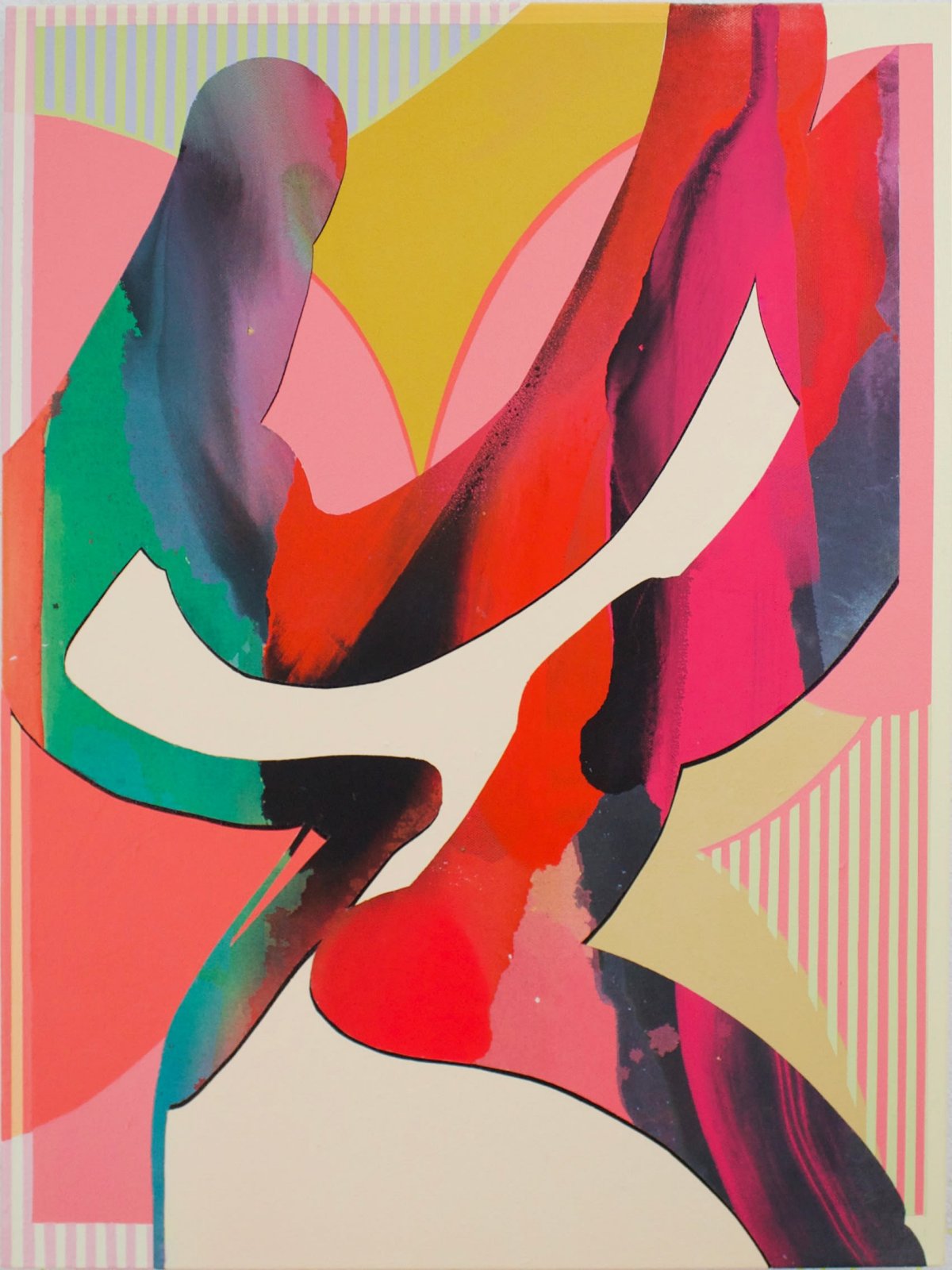 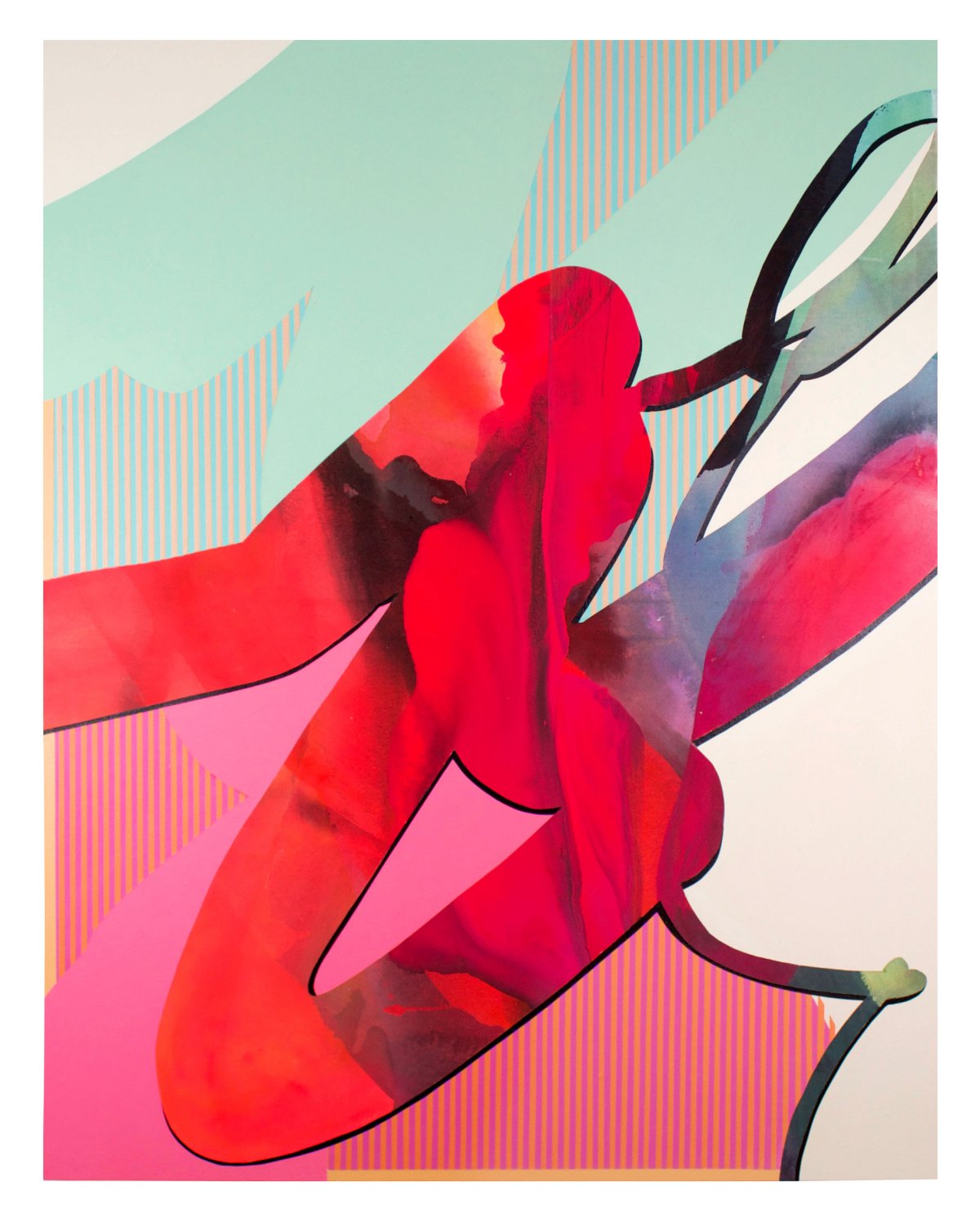 Kathryn MacNaughton
In the Loop, 2022 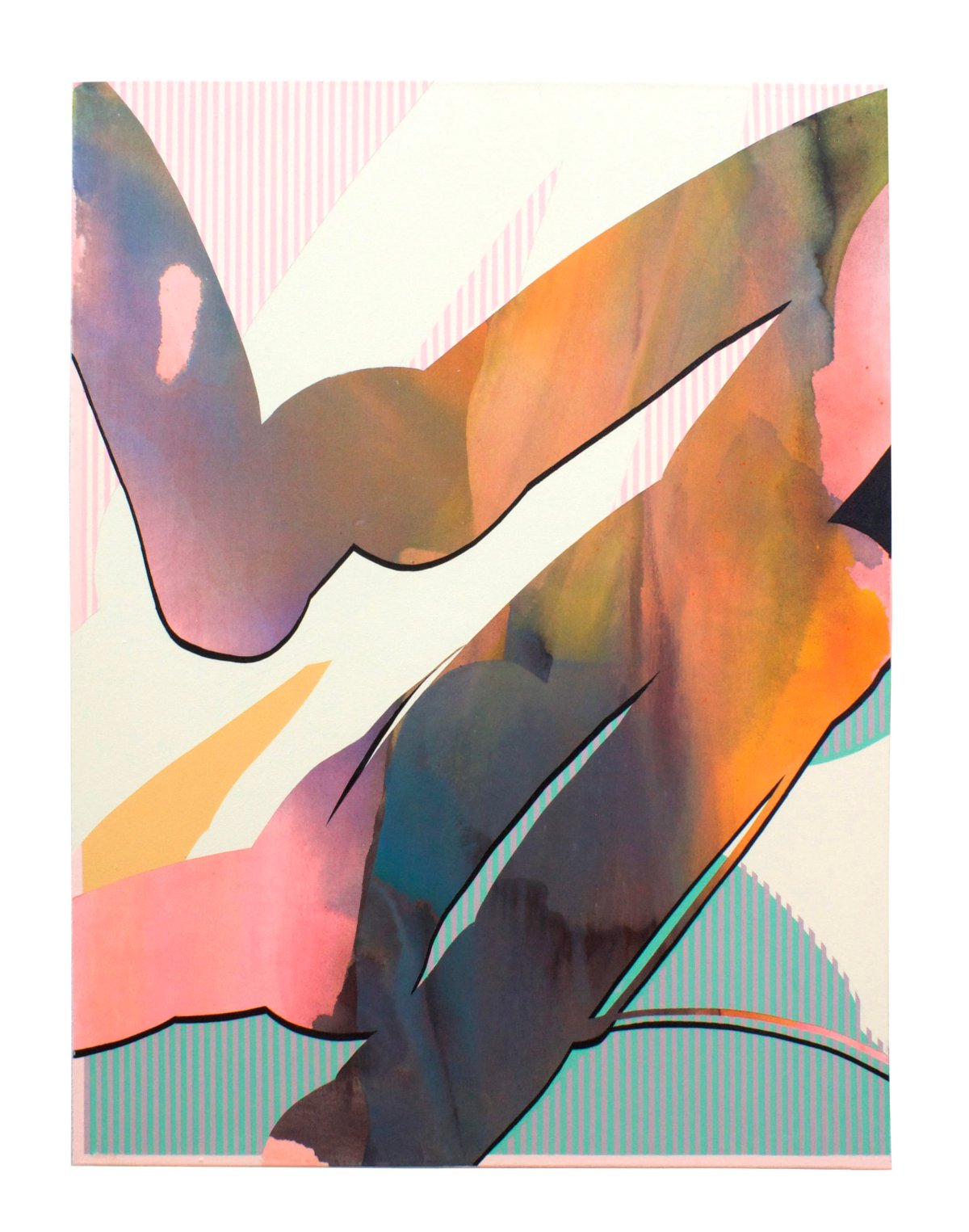 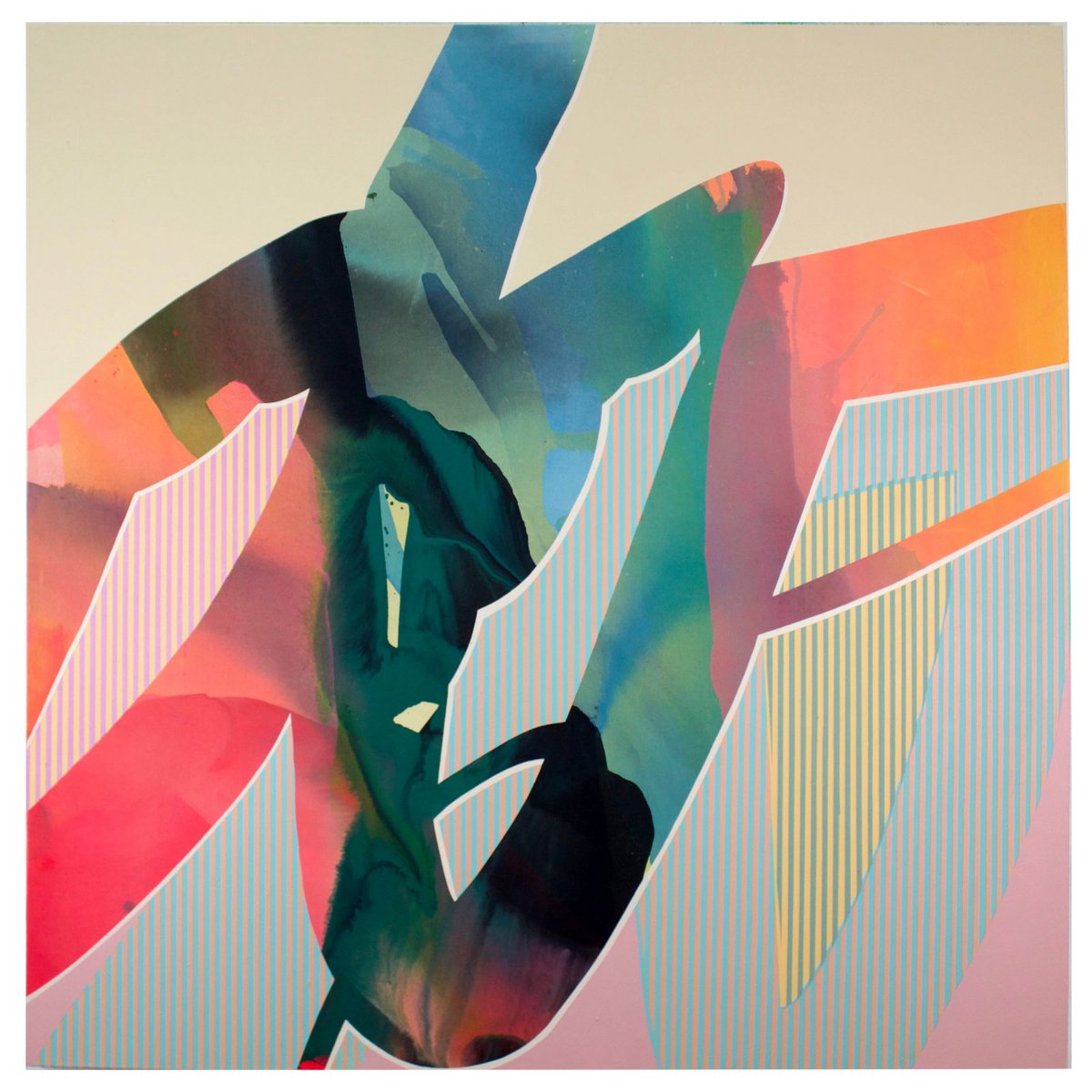 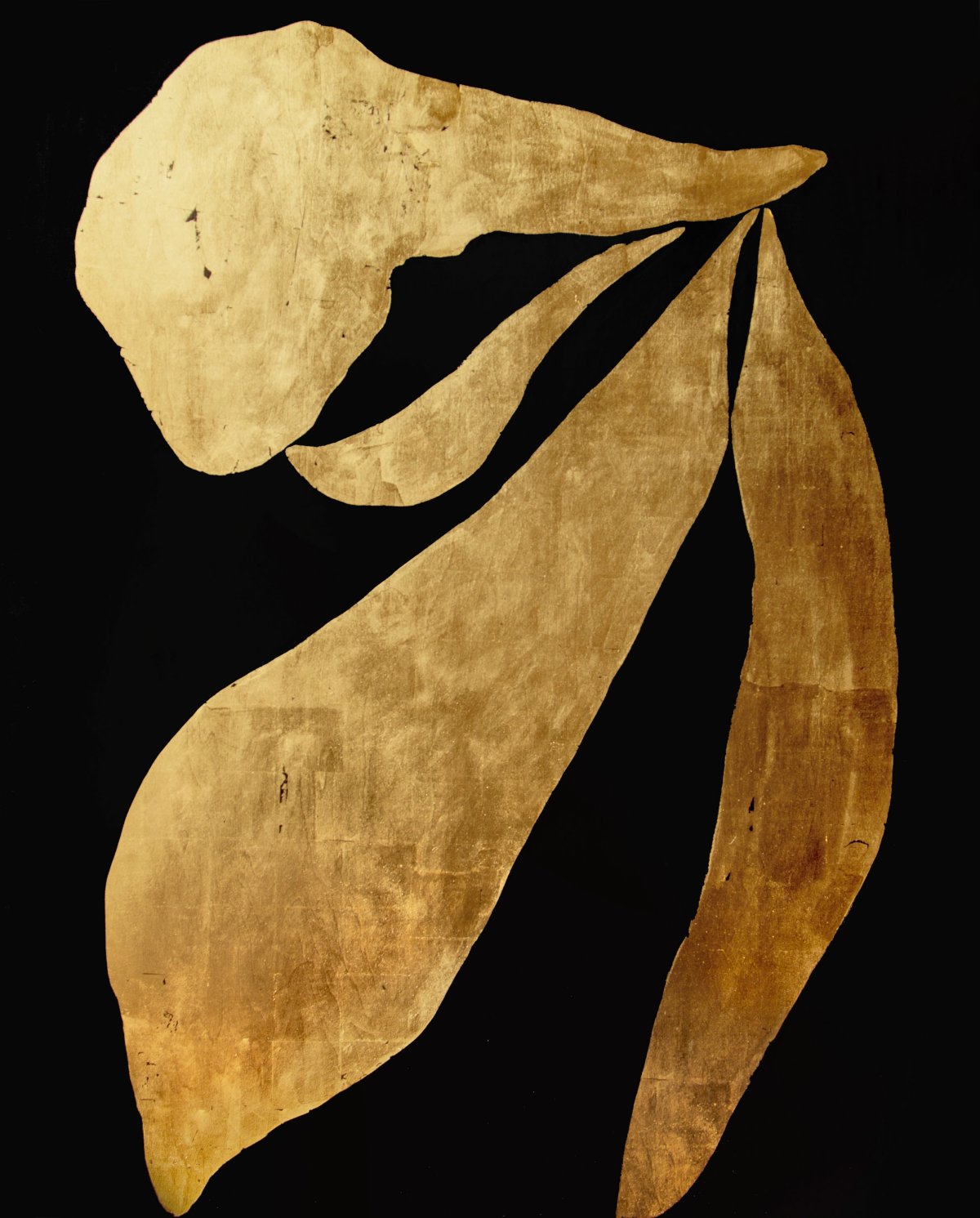 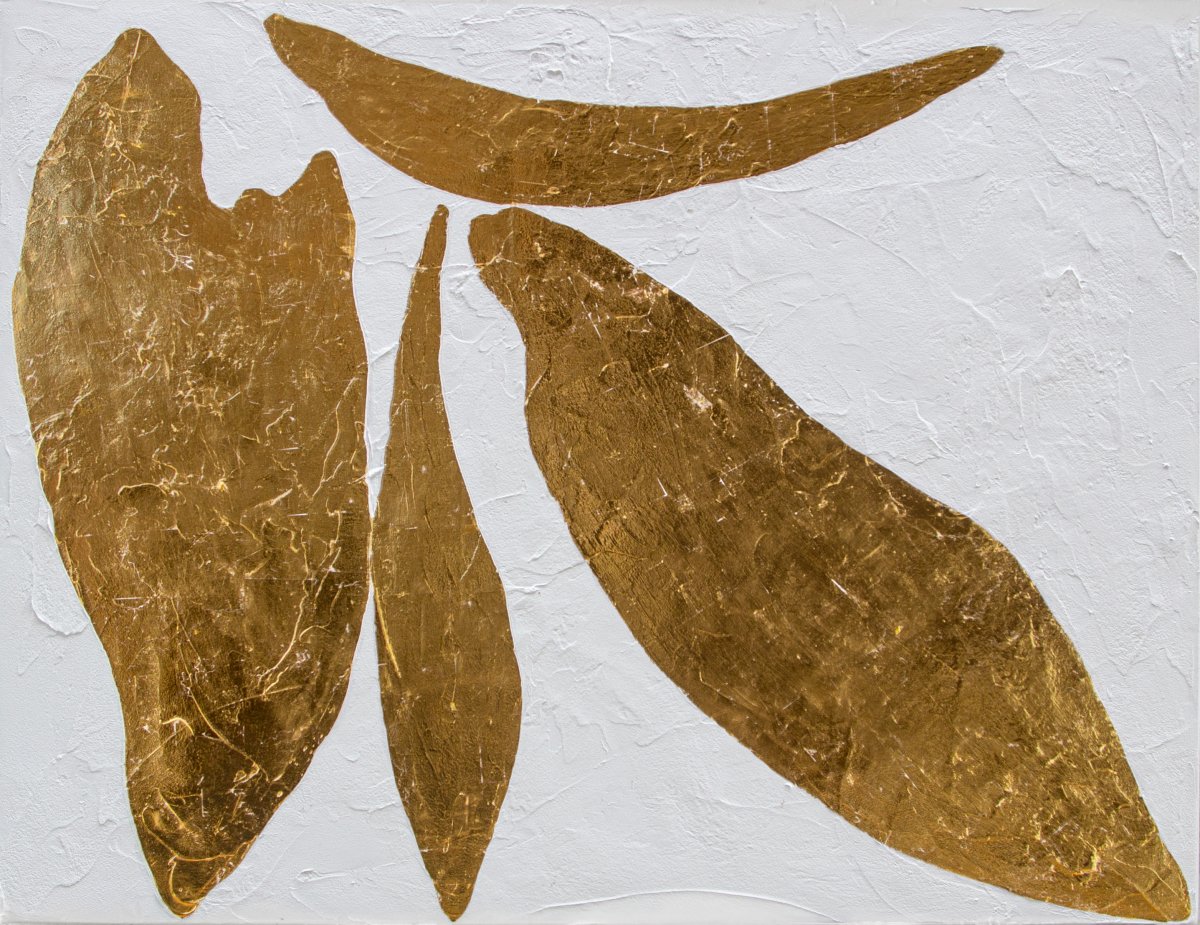 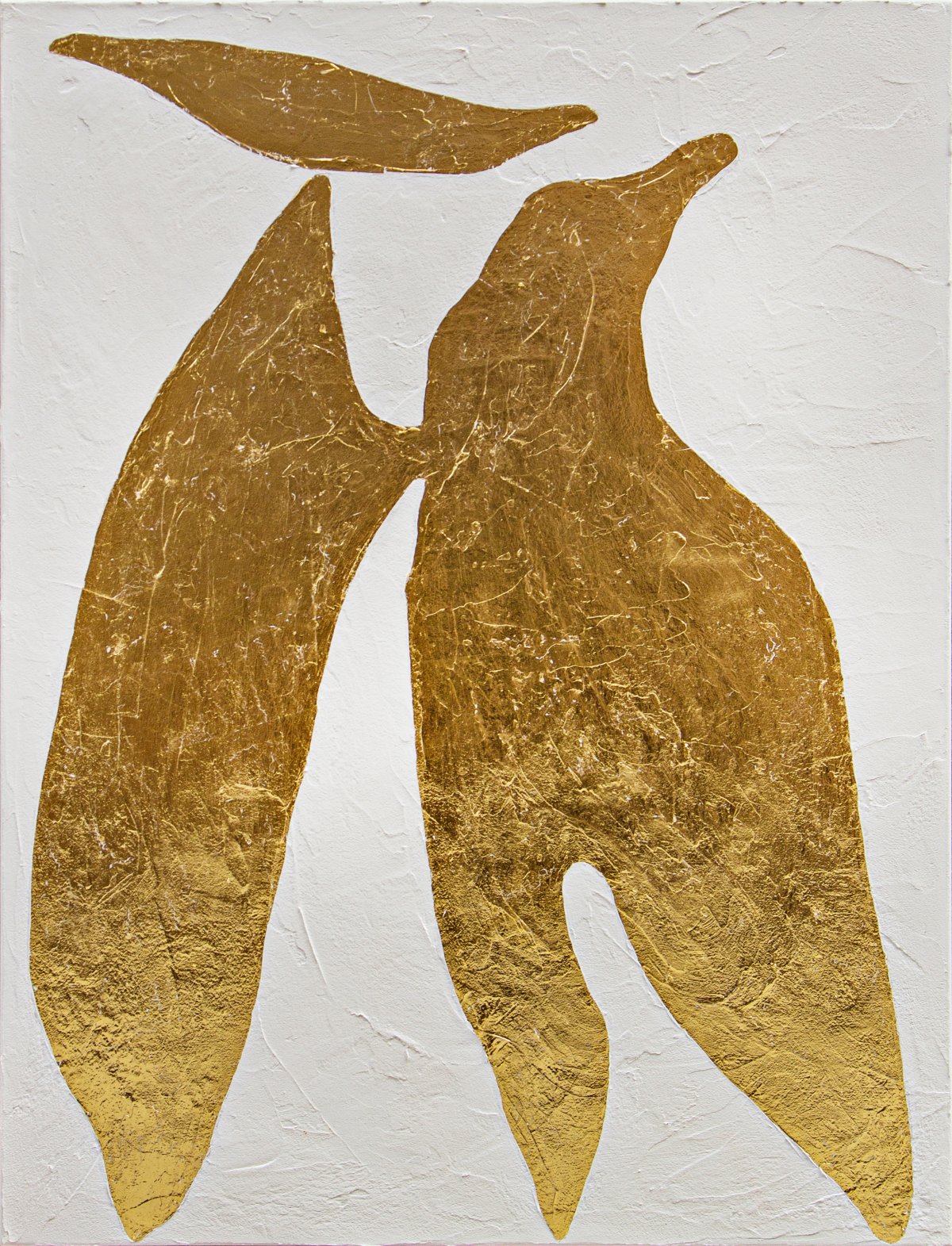 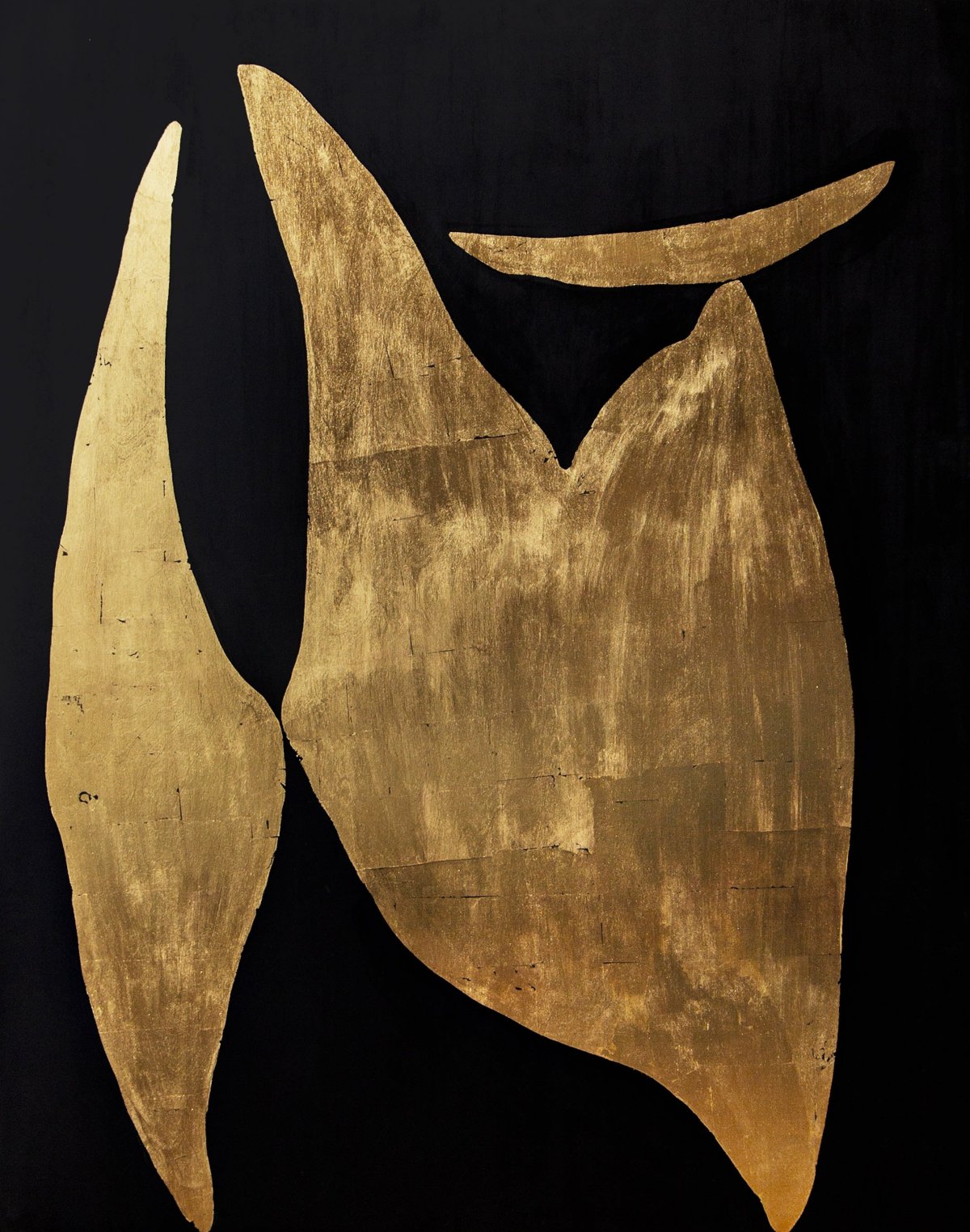 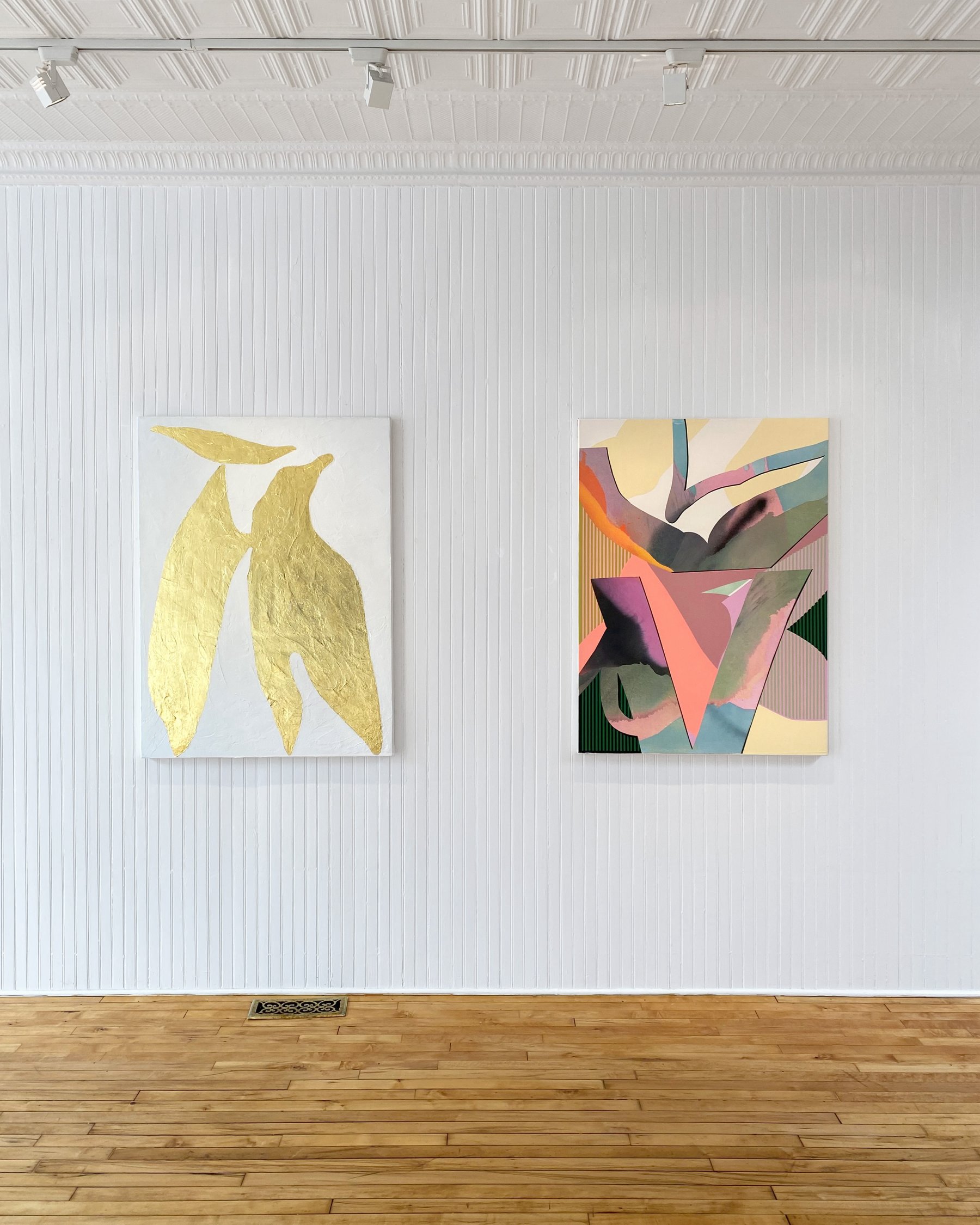 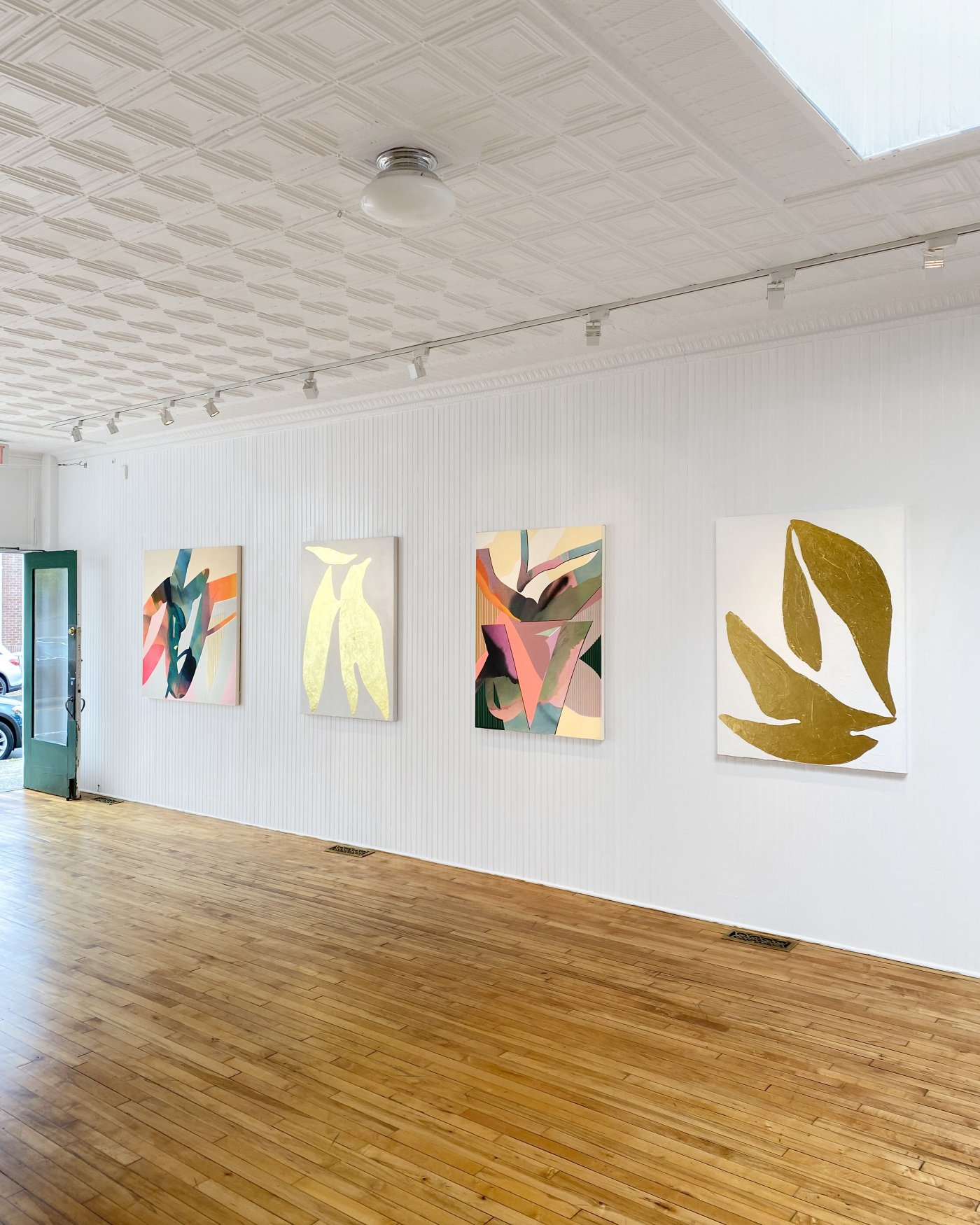 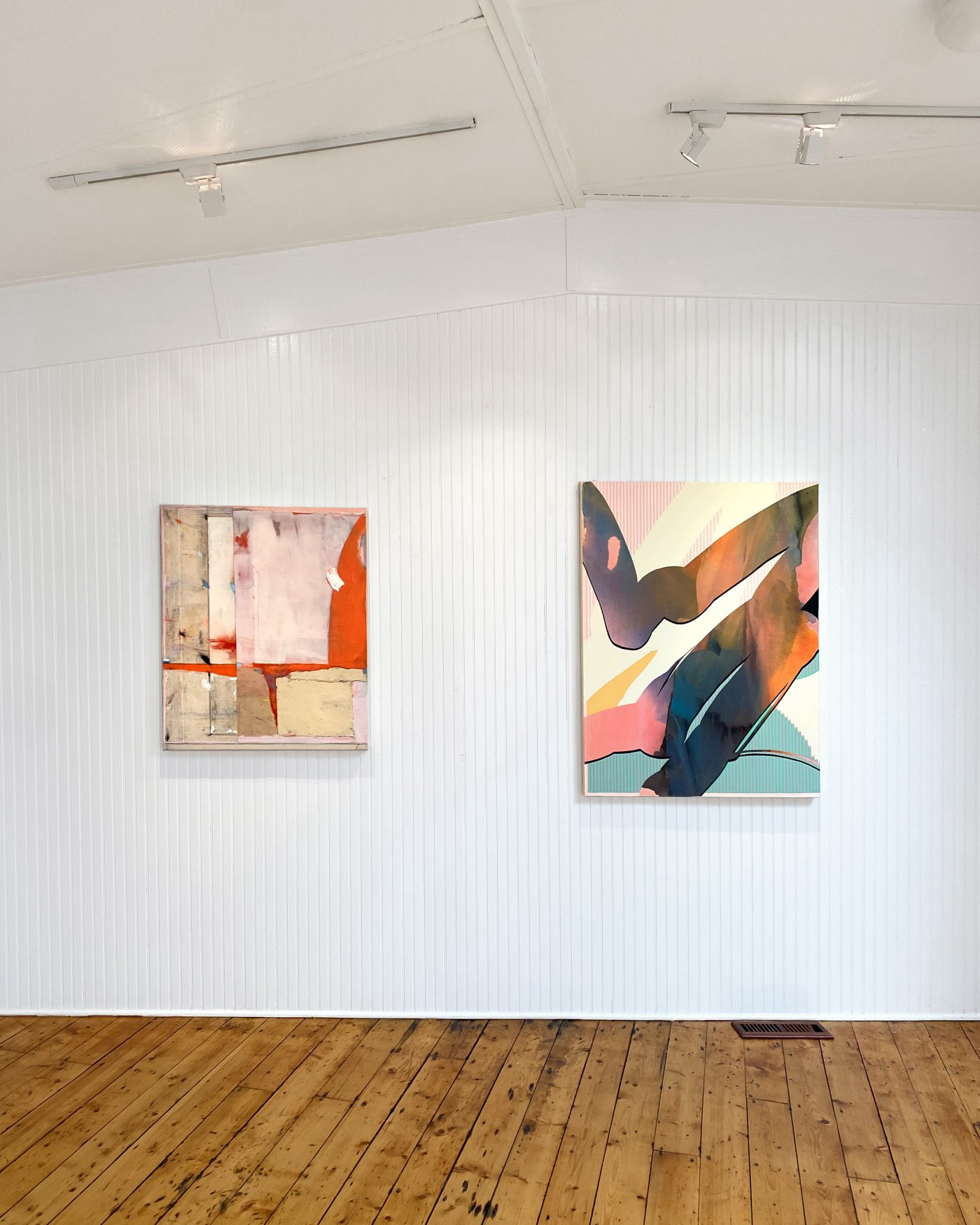 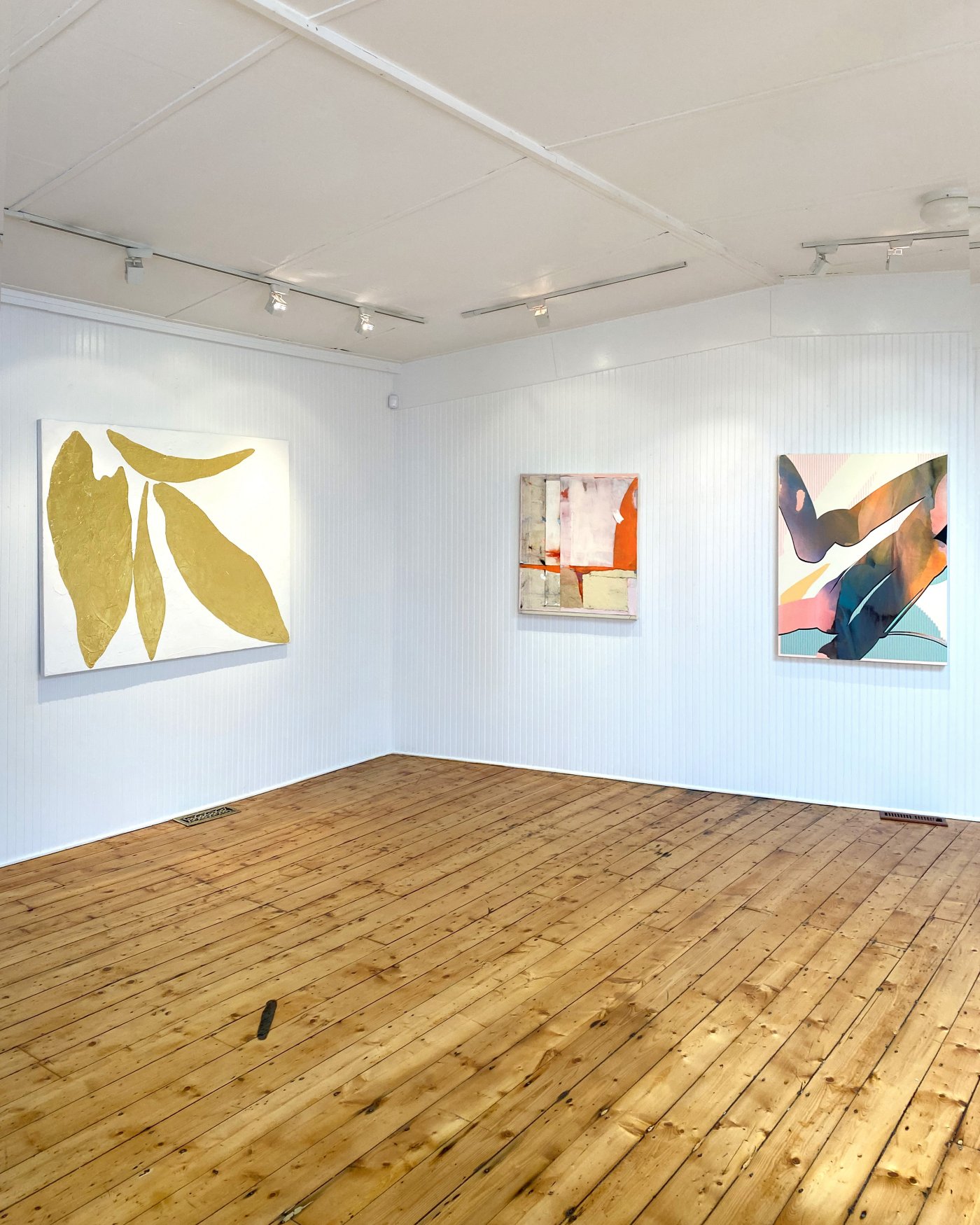 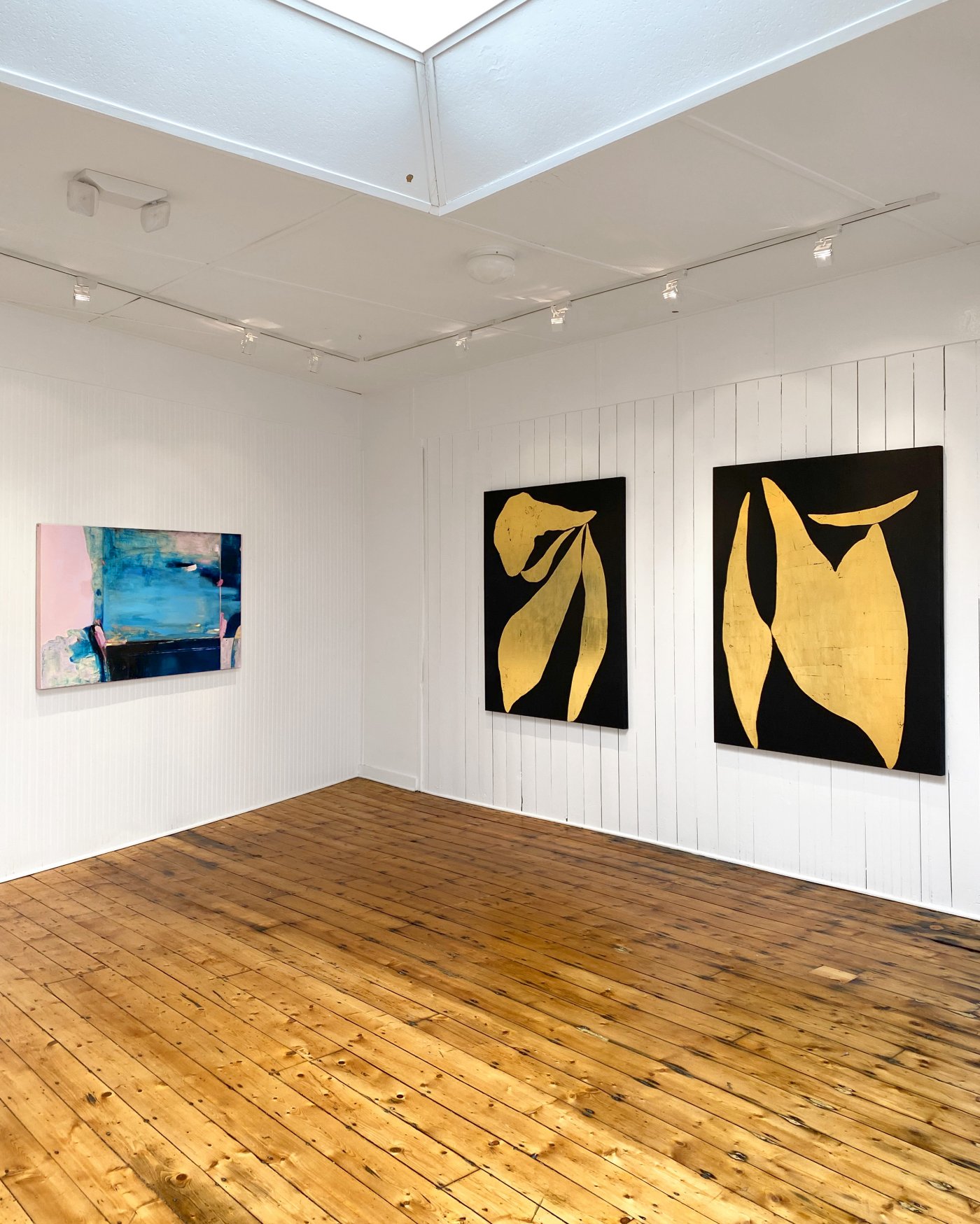 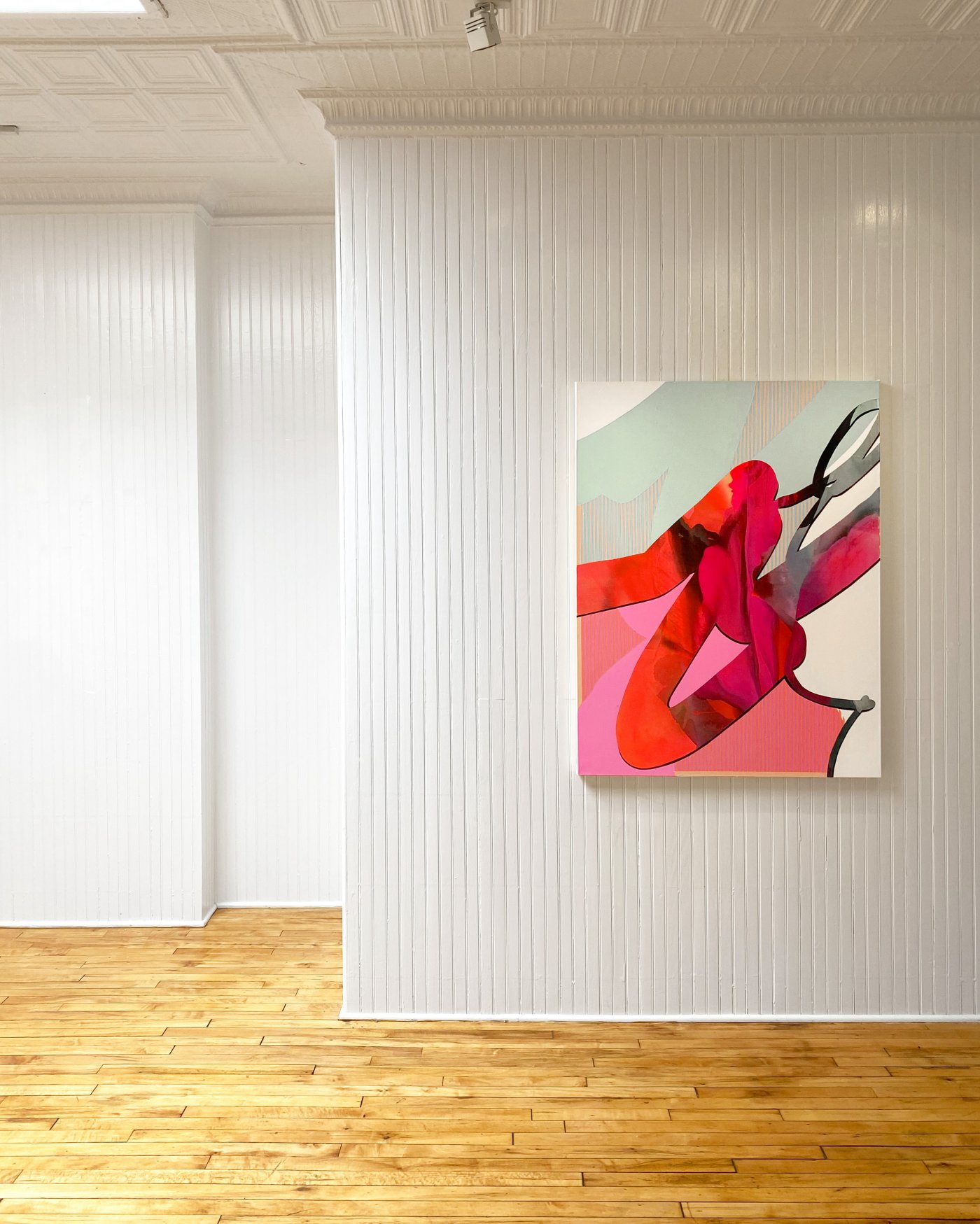 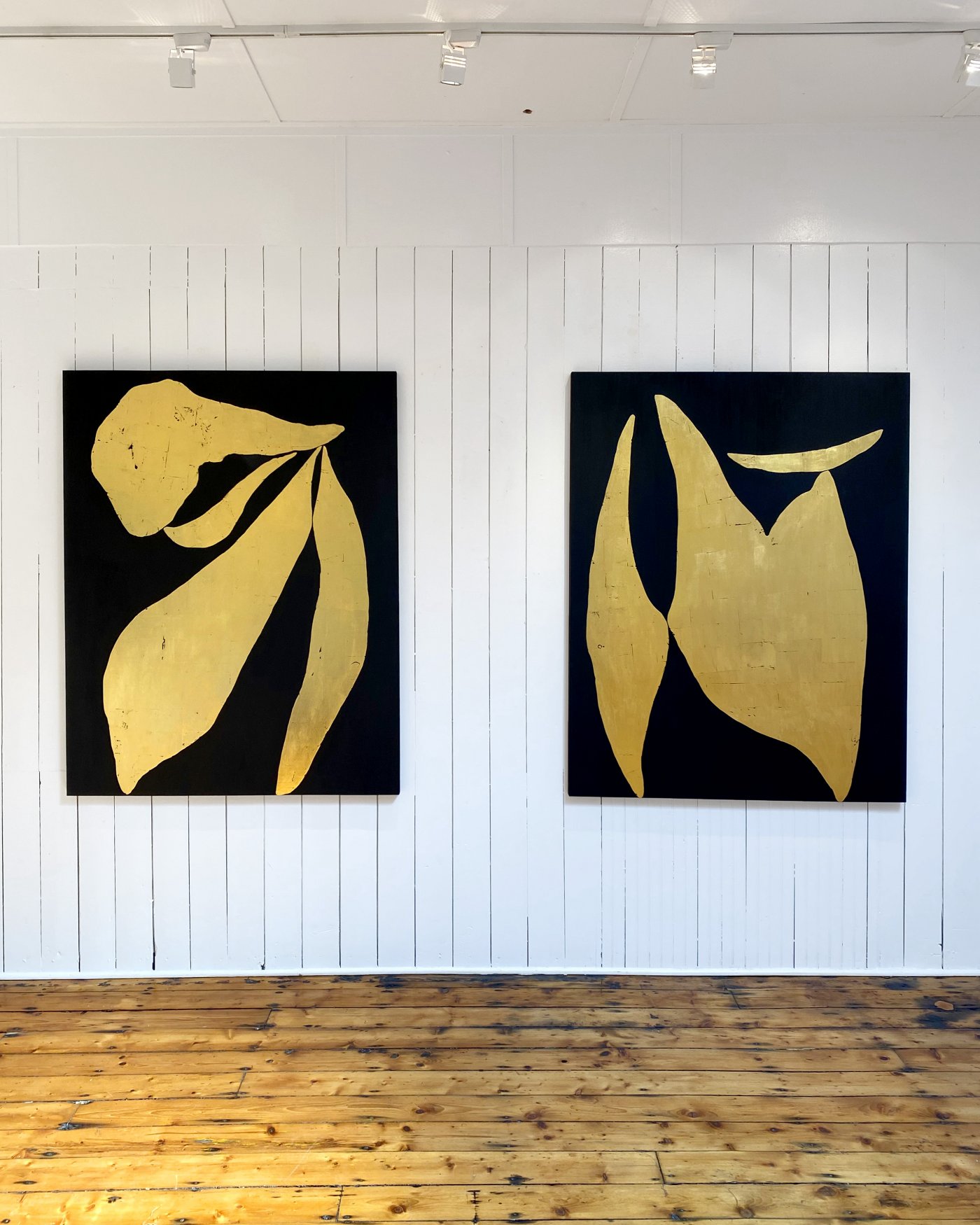 The exhibition features selections of their paintings, which are united by their careful attention to the formal possibilities of abstraction. For all three artists, the concept of the form is paramount––forms that lean or press against the picture frame (Pietrzak); forms that mimic the digital (MacNaughton); and forms that reach towards transcendence (James)

Brooklyn-based artist Dana James creates works with an exquisite sense of touch, incorporating multiple mediums and textures. Central to James’ work is the idea of materials transcending their nature. These recent paintings coalesce bright, pastel palettes with recycled canvas. She incorporates unorthodox materials such as flecks of tin foil and iridescent encaustic that create surprising glimmers of light embedded within opaque color fields and evoke the magical play of moonlight or the glinting of the ocean. Drawing from the tradition of twentieth-century color field painting, James gives form to captivating dualities—transience and permanence, geometric and amorphous, light and dark.

In the works of Canadian artist Kathryn MacNaughton, the canvas—and the analog process of the painter’s hand—references the computer screen and the digital touch. In her physical paintings, she seeks to give the illusion that the work looks digital, thereby reifying the digital in paint. MacNaughton trained and worked as a graphic designer and typically uses post-analog language when discussing her work: masking, layering, color-blocking, silhouette. Here these concepts are paired with more Romantic expressive movements such as scribbles, painterly splatters, and curves. Similarly, to James’s works, MacNaughton’s paintings traffic in polarities: analog and post-analog mark-making (i.e. the painterly and the digital); pragmatism and Romanticism; expressiveness and obfuscation.

Working with gold leaf and acrylic on wood panel and canvas, Anna Pietrzak creates compositions inspired by gestures of the human body and nature in which forms lean against each other, held in striking tension. While Pietrzak’s forms are minimal, their arrangements and shimmering surfaces are monumental and emotive, evoking the history of the sublime. Like James, Pietrzak is invested in how materials can yield transcendental effects. Gold leaf is used not as embellishment, but as the primary medium of the work. It carries tension as a paradox of something that was once unbearably heavy, now made impossibly light.