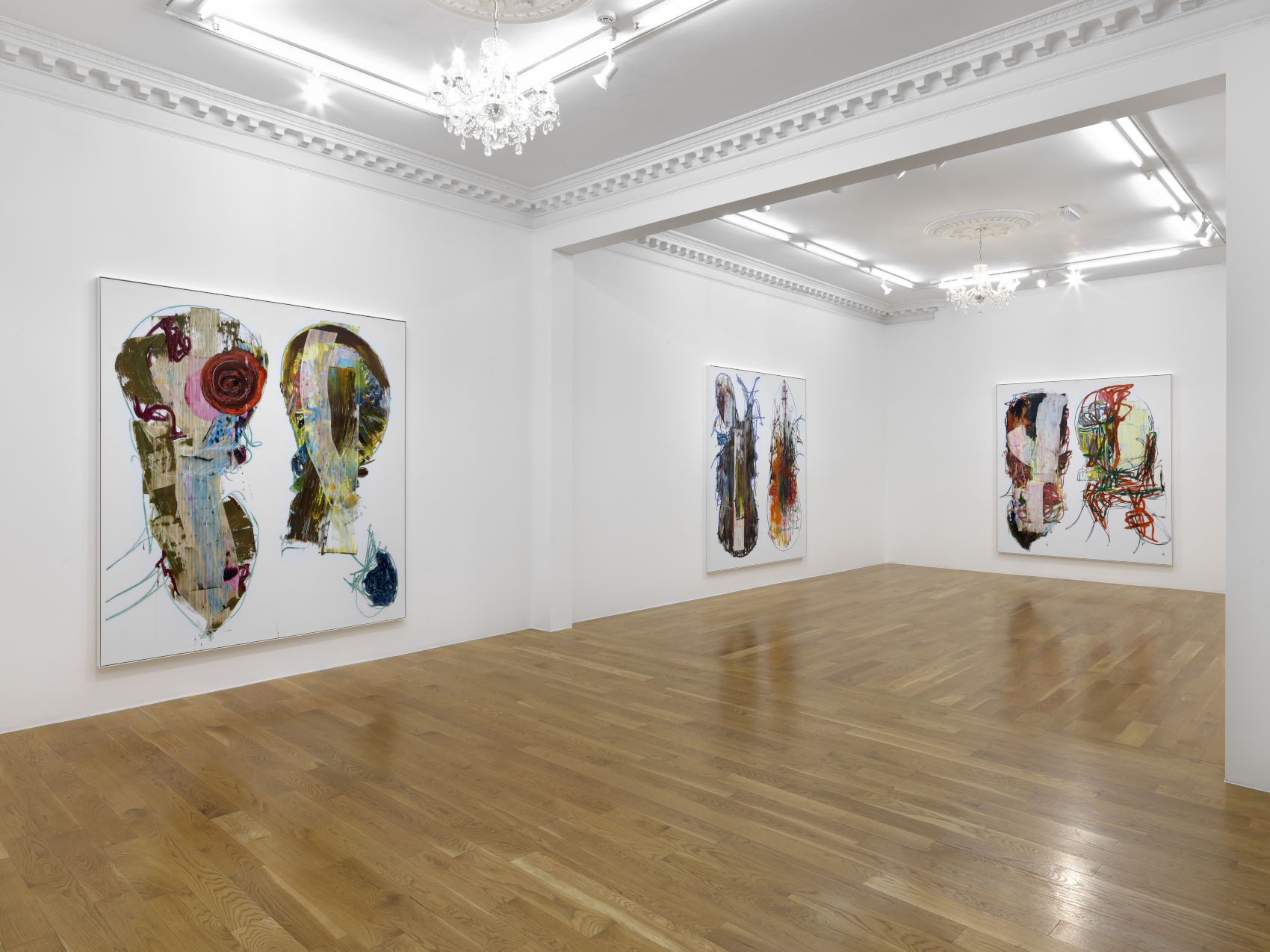 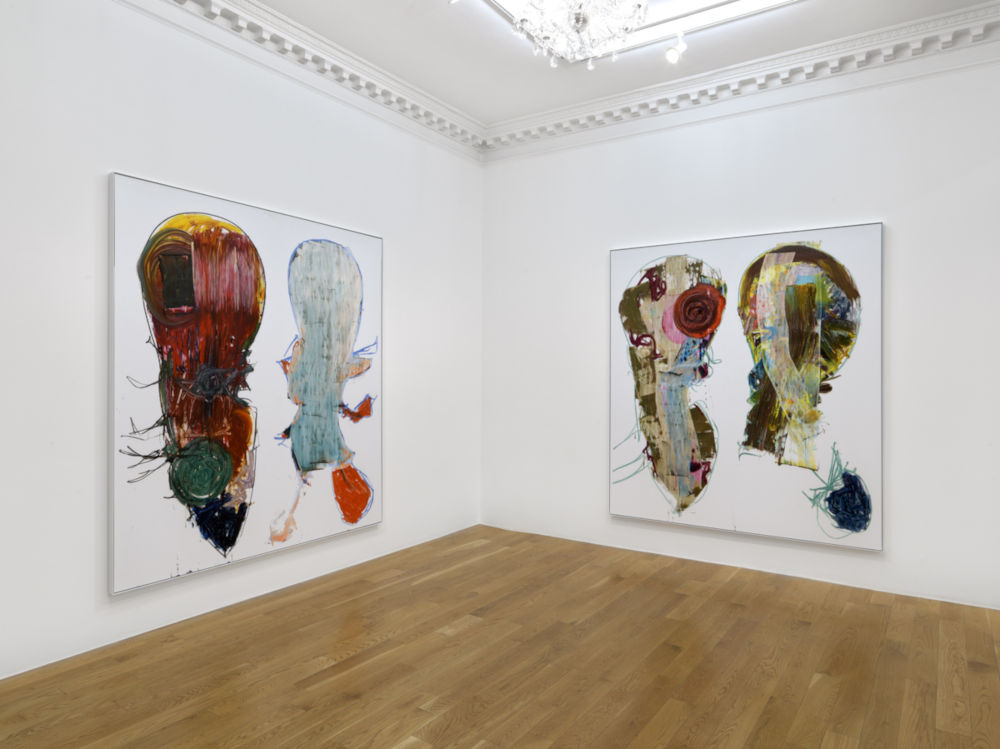 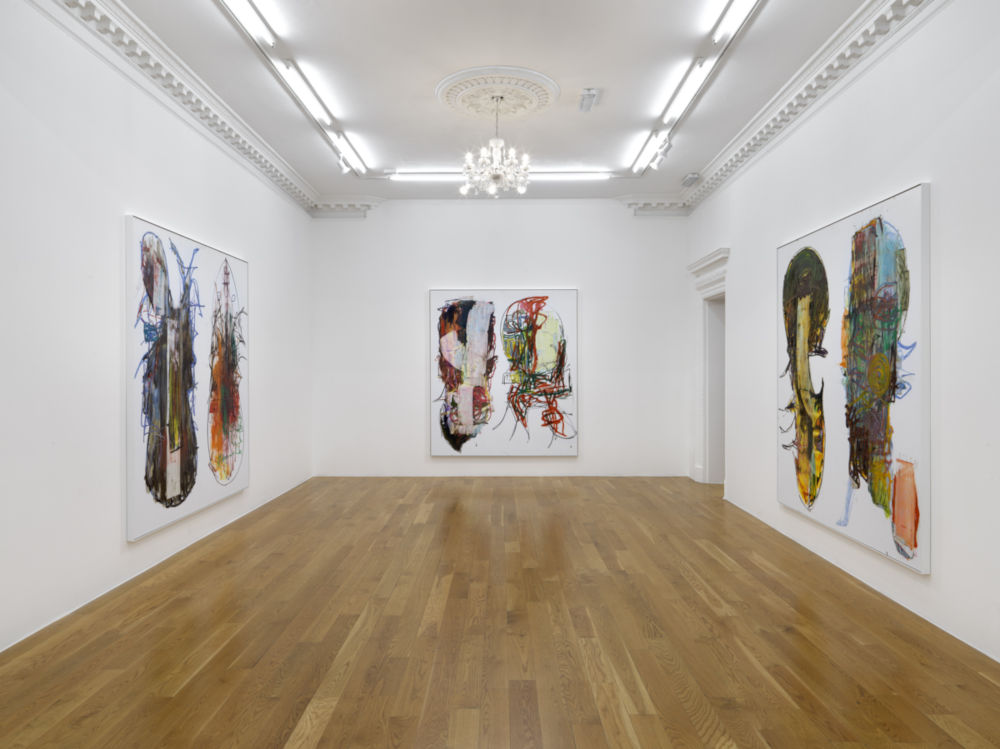 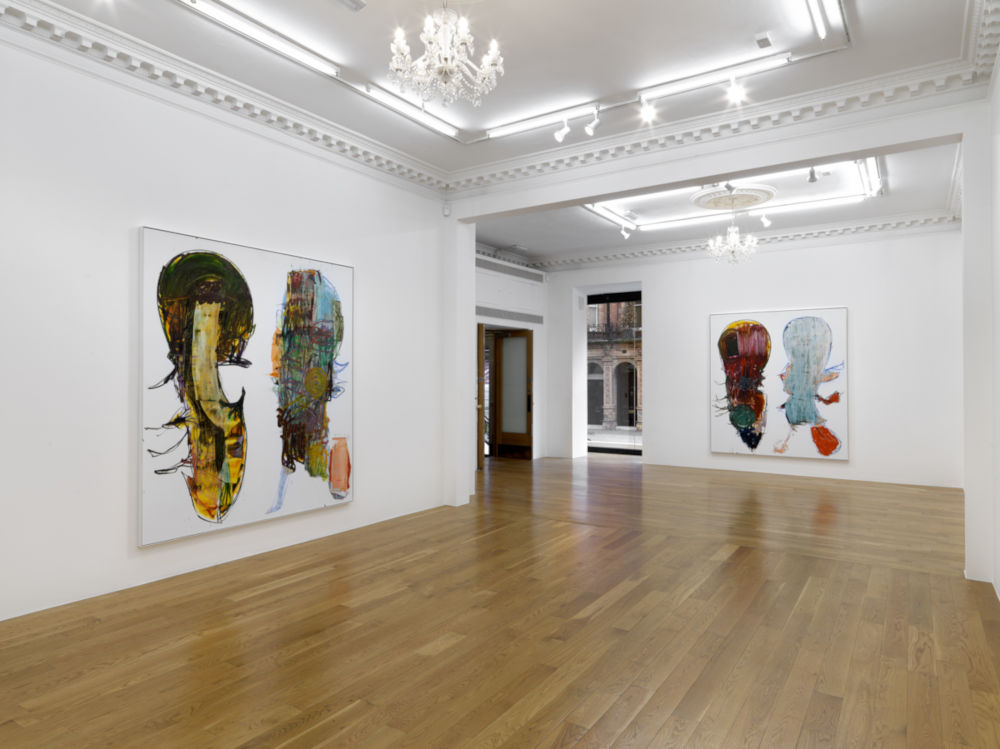 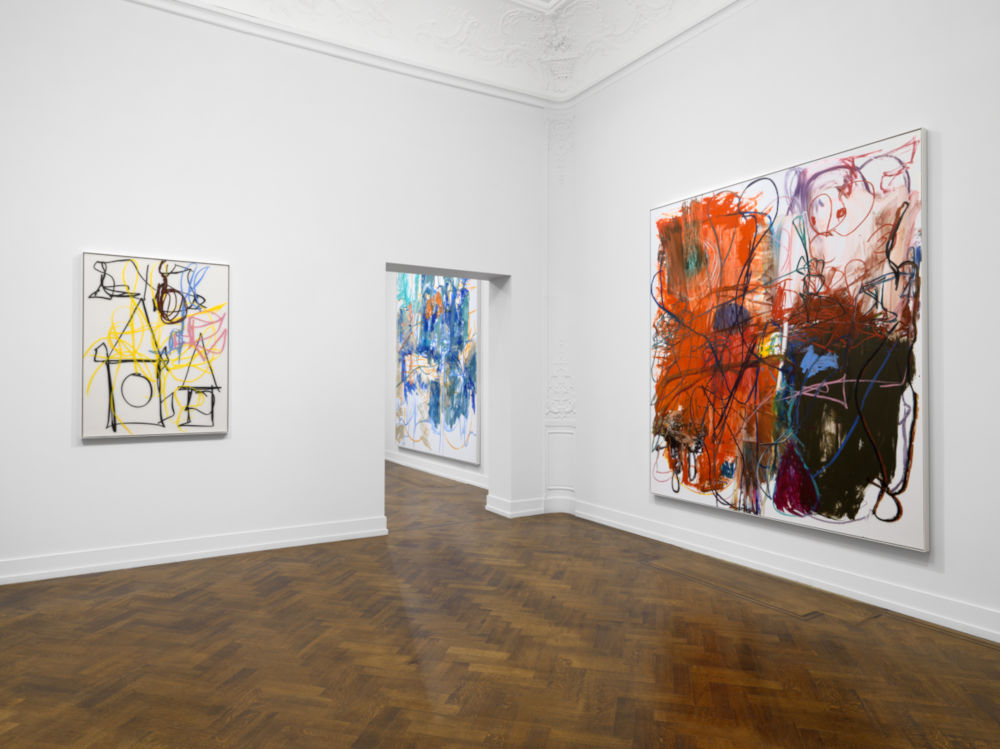 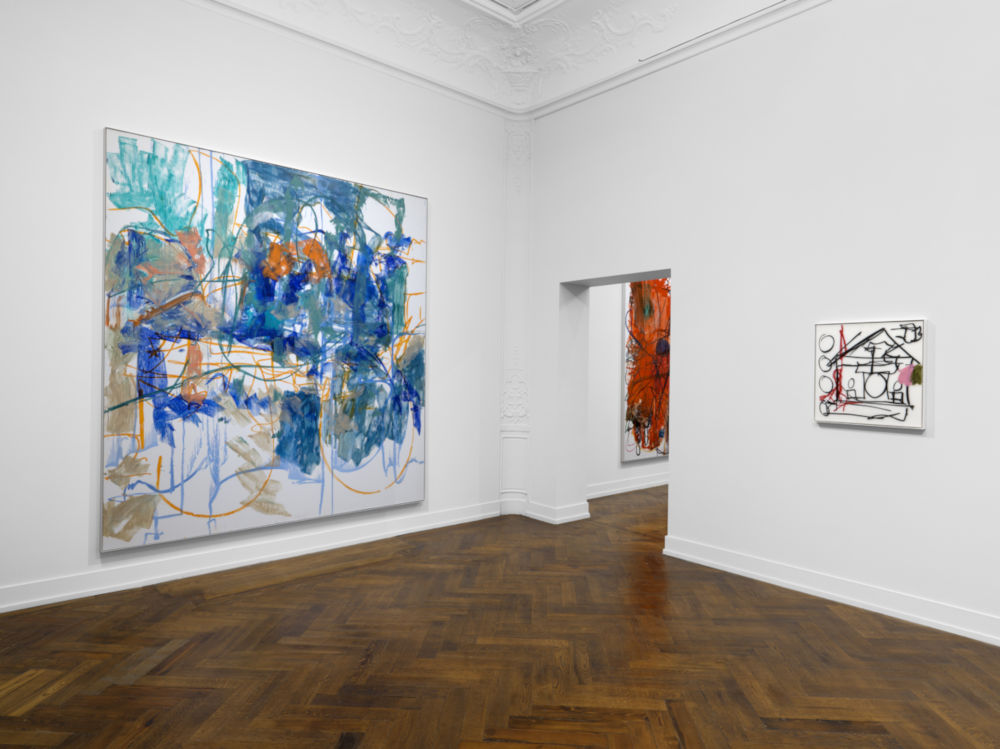 Within Aaron Garber-Maikovska’s practice the boundaries between art and life are hardly distinguishable. Somatic is the artist’s preferred descriptor in this instance, with Garber Maikovska’s oeuvre situated in an interstice between movement, dance, language, painting and performance; it is ultimately the body that every action of being relates back to.

Daughter comprises of a new series of thirteen works, ranging from small rectangular pieces to large scale works, all on fluted polyboard. The artist’s all-encompassing approach extends to making oil sticks out of raw pigments, wax and oil, creating the tools to visually translate the thought process behind each work.

The exhibition coalesces around the six large-scale duo works on display on the ground floor. Here colourful fragments of bluish, scarlet, burnt sienna and ochre tones collide in an explosive burst, contained in embryonic forms that appear in pairs. An allusion to perceived duality, the abstract duos revolves around containing and channelling specific energy. Whether the duality represents the masculine/feminine, inside/outside, light/dark are extraneous; in essence – a synthesis is under way.

As the series progresses, the artist explains how the intricacies of daily actions and movements can provide a passageway to us to escape the mundanity of modern living. Using the artist’s own body as a site of investigation, the works can be conceived as a means of documentation for accustomed and accumulative muscle memory we gather whilst drifting through space. According to Garber-Maikovska, the body is not simply a tool to navigate our world with, but a centralised perceptive sphere of emotional, physical, conceptual and spiritual inquiry.

In the smaller works in the series, recognisable pictorial depictions surface, with drawings resembling a house structure appearing in four works. As the artist, explains, the symbols and motifs are not, per say, a literal allusion to the subject matter as much as it is a vessel for communicating something universal, something shared.

With Daughter, the continued vibrancy of Garber-Maikovska’s works is channelled into a cohesive linear trajectory, where the personal life of the artist comes afloat in the work more inherently than before. Garber-Maikovska establishes a stylistic precedent in Daughter, adding a sense of personal nourishment into the artist’s rhythmic and gestural language. If anything, we see the artist exerting a heightened sense of control, albeit retaining the electrifying sense of movement and freedom central to the work.