A still life by Chardin, organised by Maxwell Graham

A still life by Chardin, organised by Maxwell Graham

‘A still life by Chardin, an exhibition organised by Maxwell Graham’ is a group exhibition that brings the patient, quiet and humble spirit of 18th-Century French painter Jean-Baptiste-Siméon Chardin to life through the work of contemporary artists. 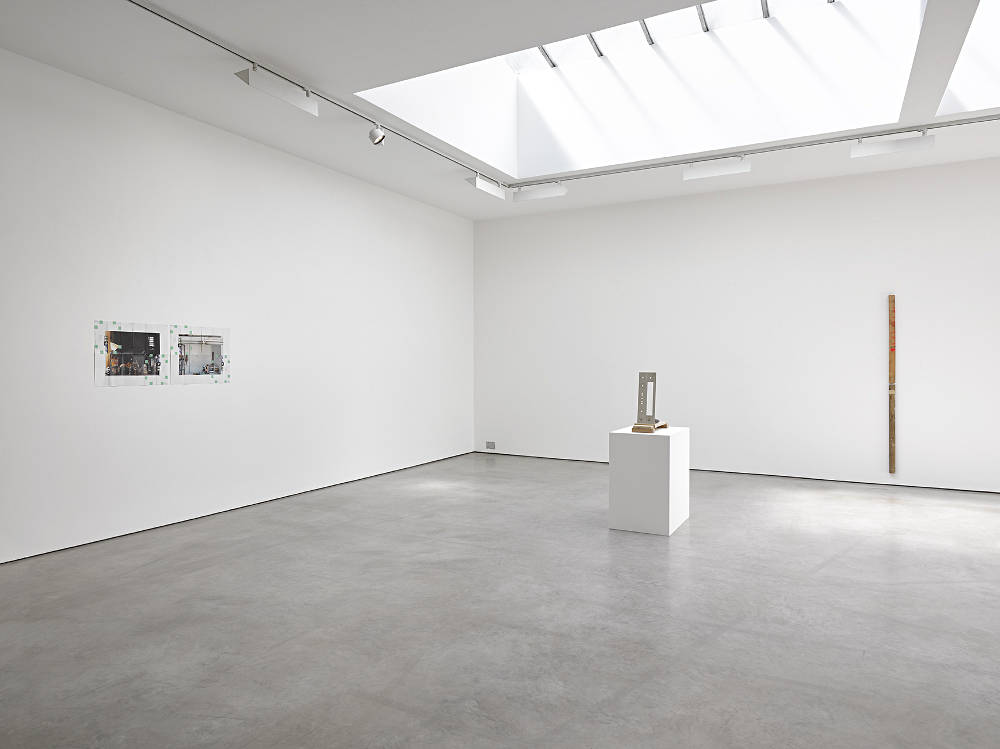 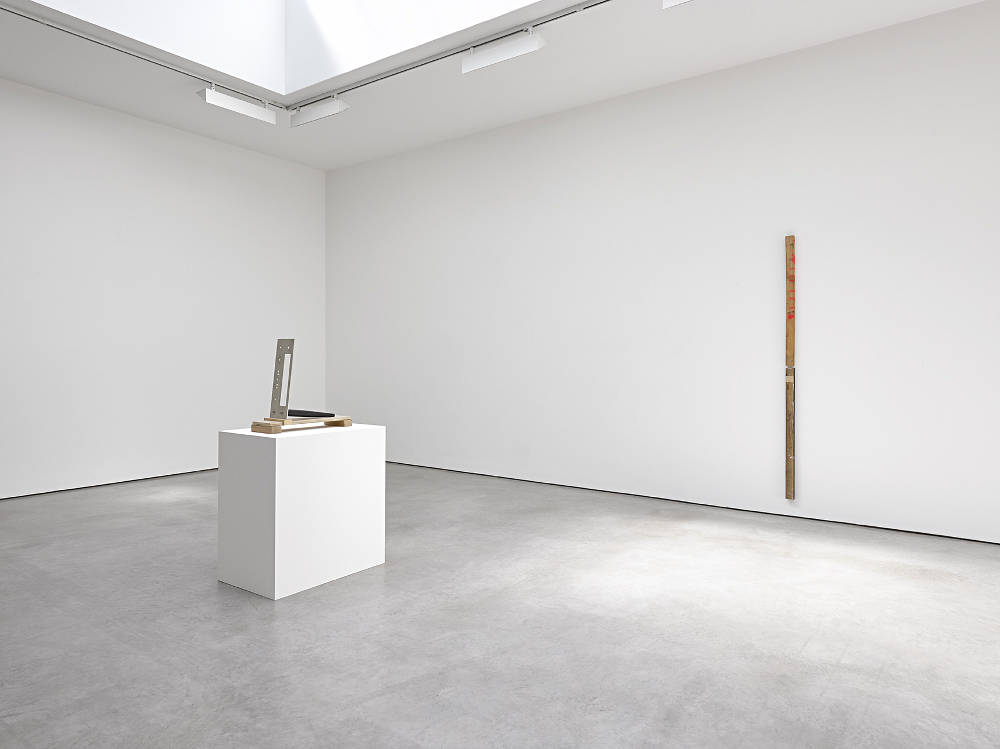 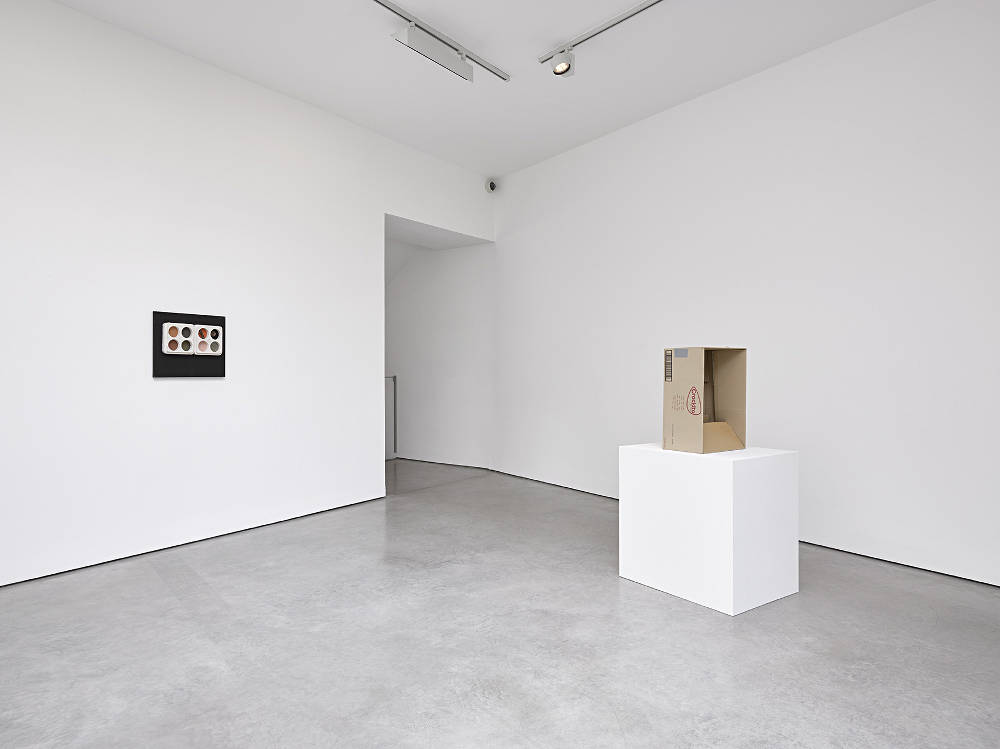 The exhibition focuses on the mundanity of Chardin’s paintings, his honest and deliberate focus on every day objects, and is sparingly filled with modest artworks by those keenly interested in the inverse proportions between captivation and pageantry – those that know and share the intense integrity of the common and remind us of the potent unknown.

“Chardin is the irrefutable witness who makes other painters look like liars.” (1)

In 1728 Chardin was accepted into the Académie Royale de Peinture et de Sculpture. In 1742 he was quite ill and neither finished nor exhibited any paintings. In 1757 he moved into the Louvre, where he would spend the rest of his life. In 1770 he became the first painter to the king and the director of the Académie. He died on December 6, 1779 at the age of 80. In his estate he held approximately 5,638 livres of furniture.

Marcel Proust wrote in 1895: “Had you not already been unconsciously experiencing the pleasure that comes from looking at a humble scene or a still-life you would not have felt it in your heart when Chardin, in his imperative and brilliant language, conjured it up. Your consciousness was too inert to descend to his depth. Your awareness had to wait until Chardin entered into the scene to raise it to his level of pleasure. Then you recognized it and, for the first time appreciated it. If, when looking at Chardin, you can say to yourself, ‘This is intimate, this comfortable, this is as living as a kitchen,’ then, when you are walking around a kitchen, you will say to yourself, ‘This is special, this is great, this is as beautiful as a Chardin.’ … In rooms where you see nothing but the expression of the banality of others, the reflection of your own boredom, Chardin enters like light, giving to each object its color, evoking from the eternal night that shrouded them all the essence of life, still or animated, with the meaning of its form, so striking to the eye, so obscure to the mind. … an ordinary piece of pottery is as beautiful as a precious stone. The painter has proclaimed the divine equality of all things before the spirit that contemplates them, the light that embellishes them.”(2)

Malraux wrote in 1951: “Chardin is not a minor 18th-century master who was more delicate than his rivals; like Corot he is a subtly imperious simplifier. His quiet talent demolished the baroque still-life of Holland and made decorators out of his contemporaries; in France, nothing can rival his work, from the death of Watteau to the Revolution.” (3)

Audrey Melville Barker had the seventh exhibition at Lisson Gallery, in London, from 1-30 December 1967. In a review of the exhibition in The Observer, Nigel Gosling wrote “The English would seem natural practitioners of the eerie art of the ‘Magic Box’ like those of the American Cornell. But few do, but several of Audrey Barker’s ‘Compartments’ have the right fragile mystery.” Earlier that year, Barker visited Joseph Cornell in Utopia Park Queens, New York and he gave her two of his boxes. Barker was born in London in 1932. Tuberculosis contracted during the second world war, led to eight years of childhood in a hospital, lasting bone damage and arthritis. She made little work in the 1970s due to illness. She purchased and restored a mill which she developed into an art space and shelter for persons with disabilities. She refused invitations from the ICA in London because of a lack of proper accessibility to upper galleries. Barker’s work ranged from doll making to painting to exhibition organising, often focusing on alternative sensorial modes of communication. At an exhibition she conceived in 1997 at the Blackie Gallery in Liverpool, a fax machine was installed, on which visitors corresponded with Barker. These faxes were then displayed on the walls of the gallery.

In 1973, there was another exhibition at Lisson Gallery, by an American artist, which took place in the basement.

Pati Hill worked as a model, and was on the cover of Elle Magazine in 1950. She wrote numerous books of poetry, four novels including the seminal IMPOSSIBLE DREAMS and contributed on many occasions to the Paris Review. In 1962 she began collecting “informational art.” Sometime after that “I began collecting objects. I kept them in a laundry hamper and when the hamper overflowed I would take them to a copier in a nearby town and record the ones that still intrigued me, then throw the originals away or put them back into circulation.” In 1975 she had her first exhibition at Kornblee Gallery in New York. She was married to the New York gallerist Paul Bianchini, who hosted an interesting exhibition in 1965. About the copy machine Hill observed “It is the side of your subject that you do not see that is reproduced.”

“When I first decided on this box of photos as something to exhibit, I was excited. Having had increasingly ambivalent feelings about exhibiting a fixed object in a fixed environment, I was searching for new entrances on a given situation. This would be the same old song, but because it was so disarmingly personal and expository, it would involve me more completely in the situation.” Laurie Parsons, 1991