Hauser & Wirth brings the work of Allan Kaprow, one of the most influential artists of the 20th Century, to its gallery on Limmatstrasse. 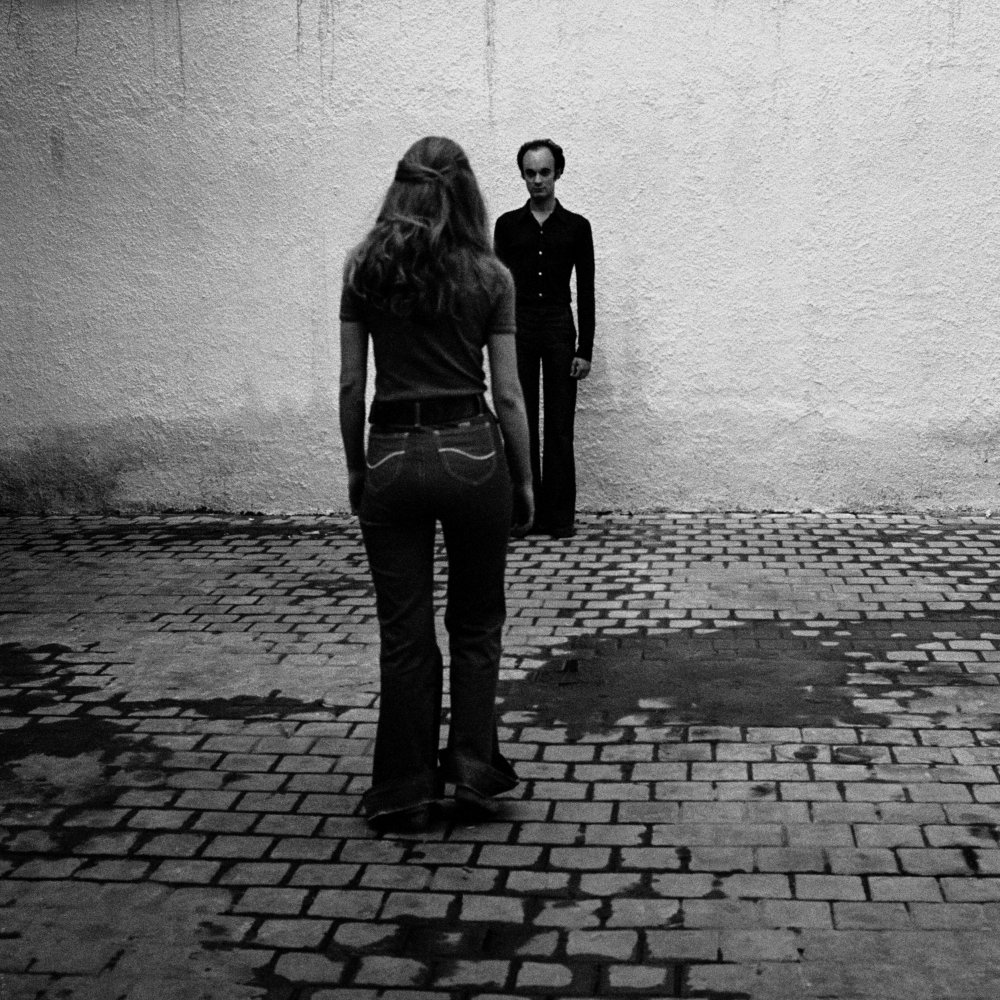 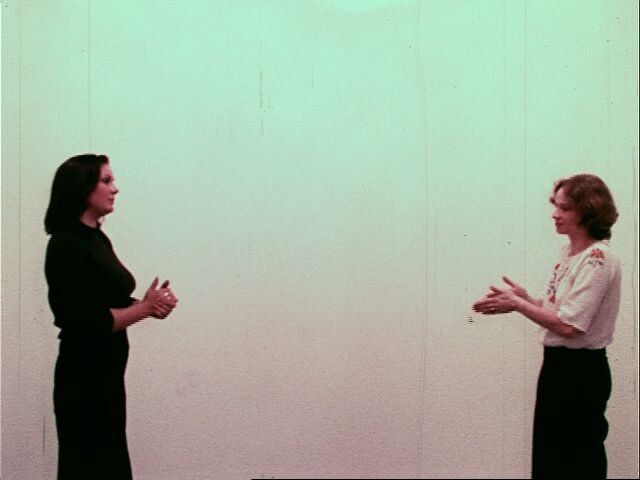 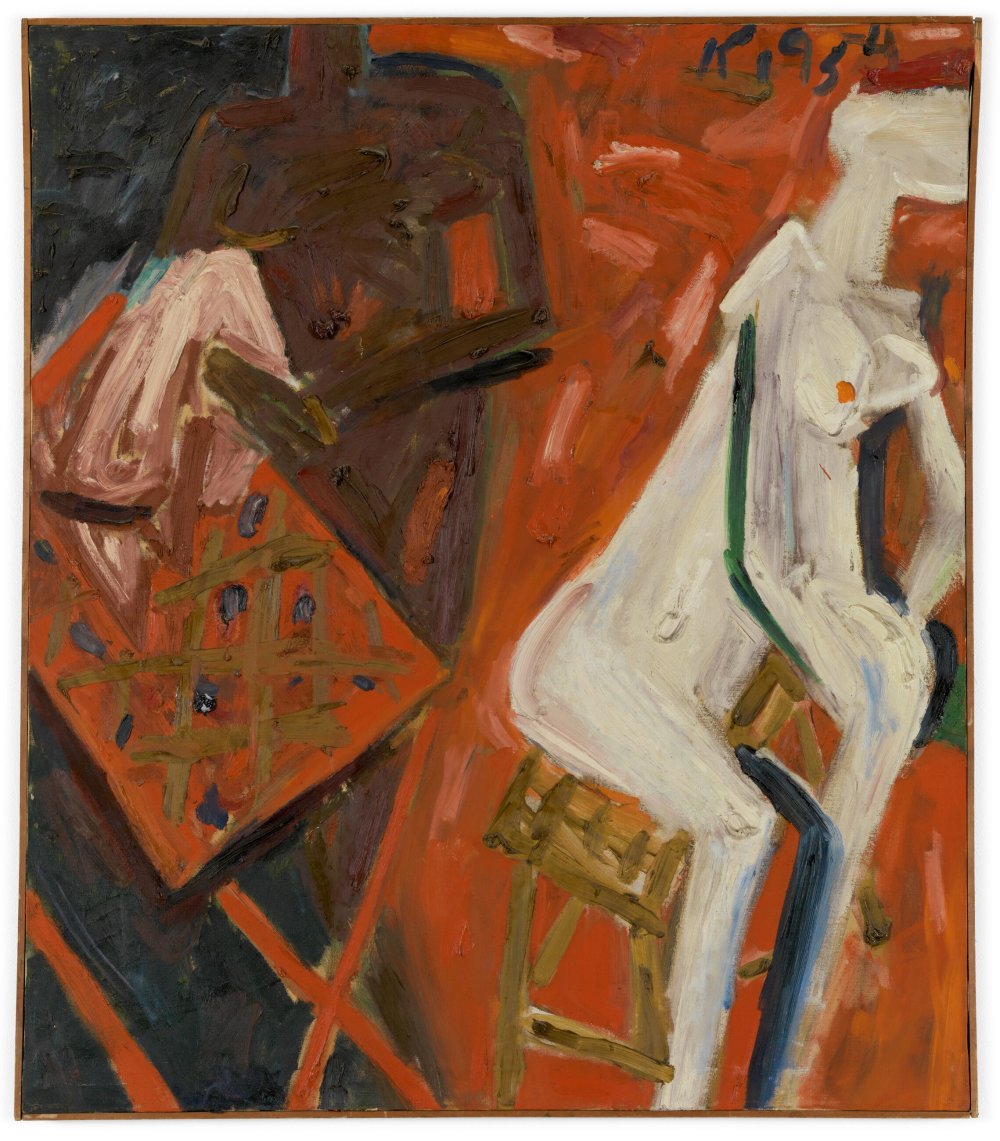 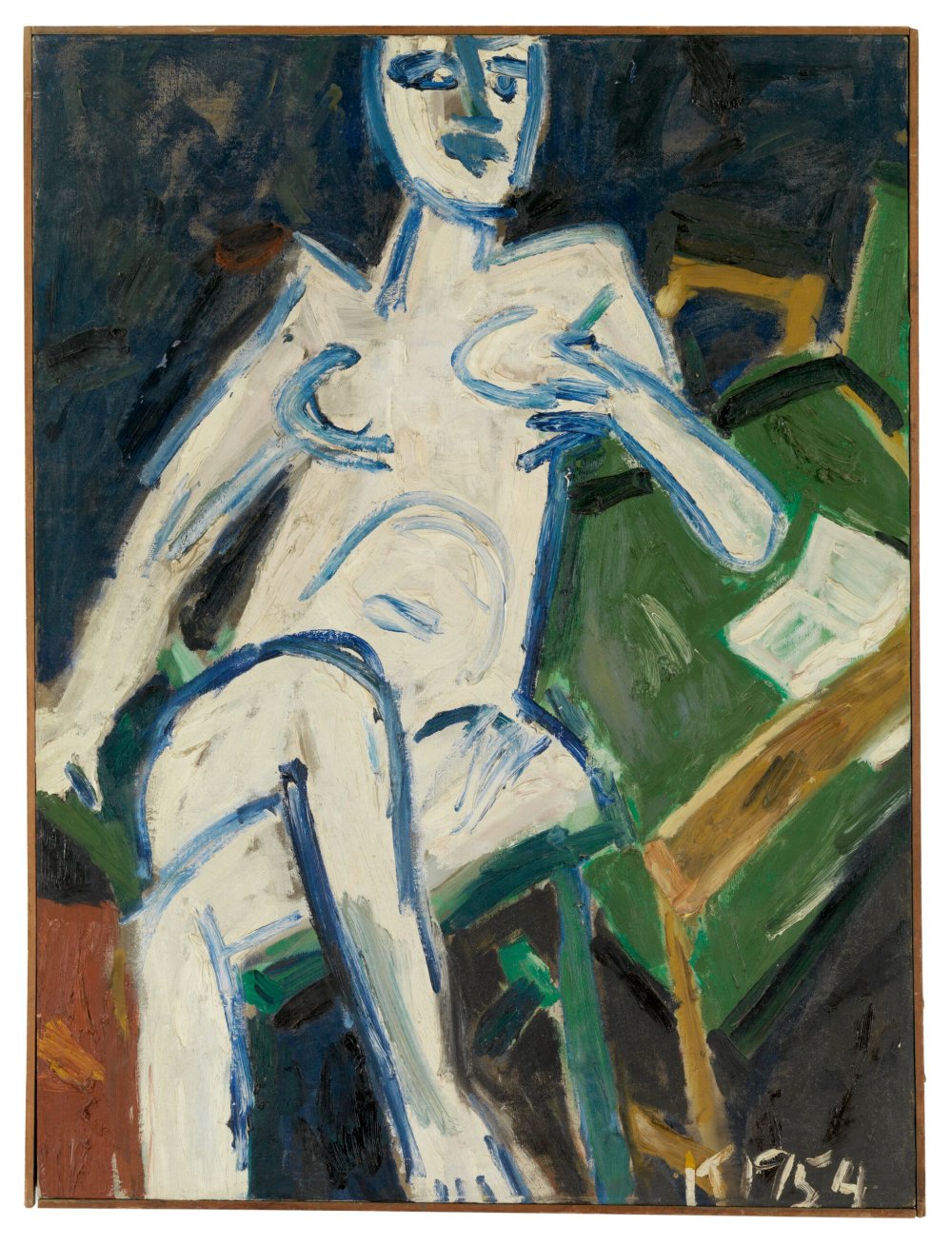 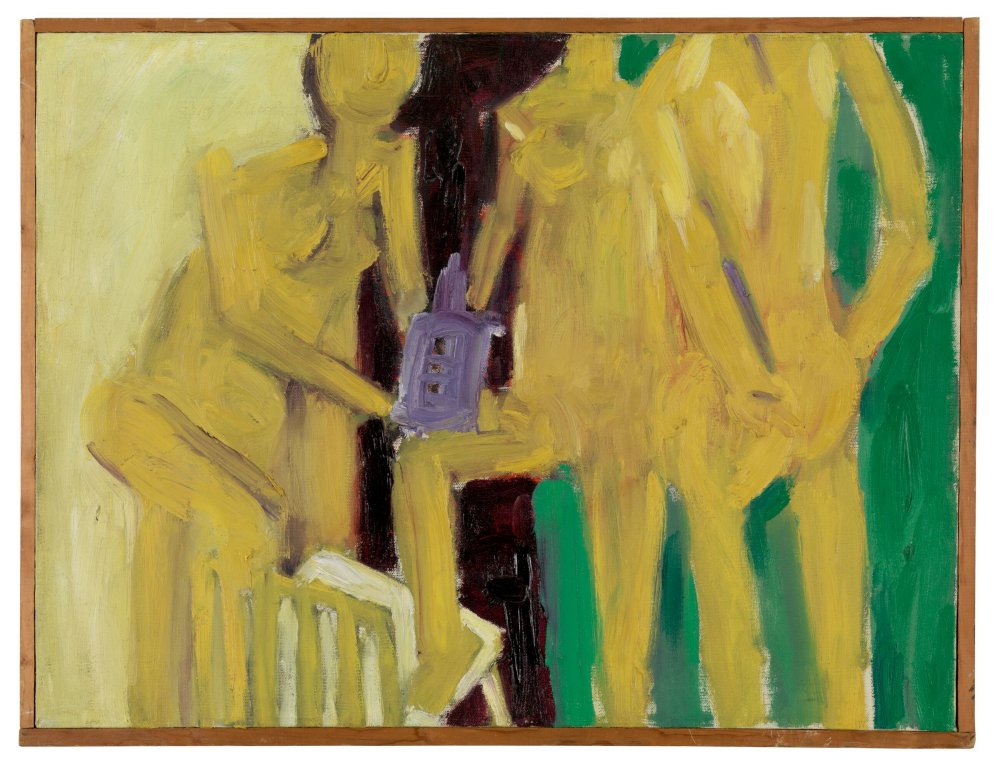 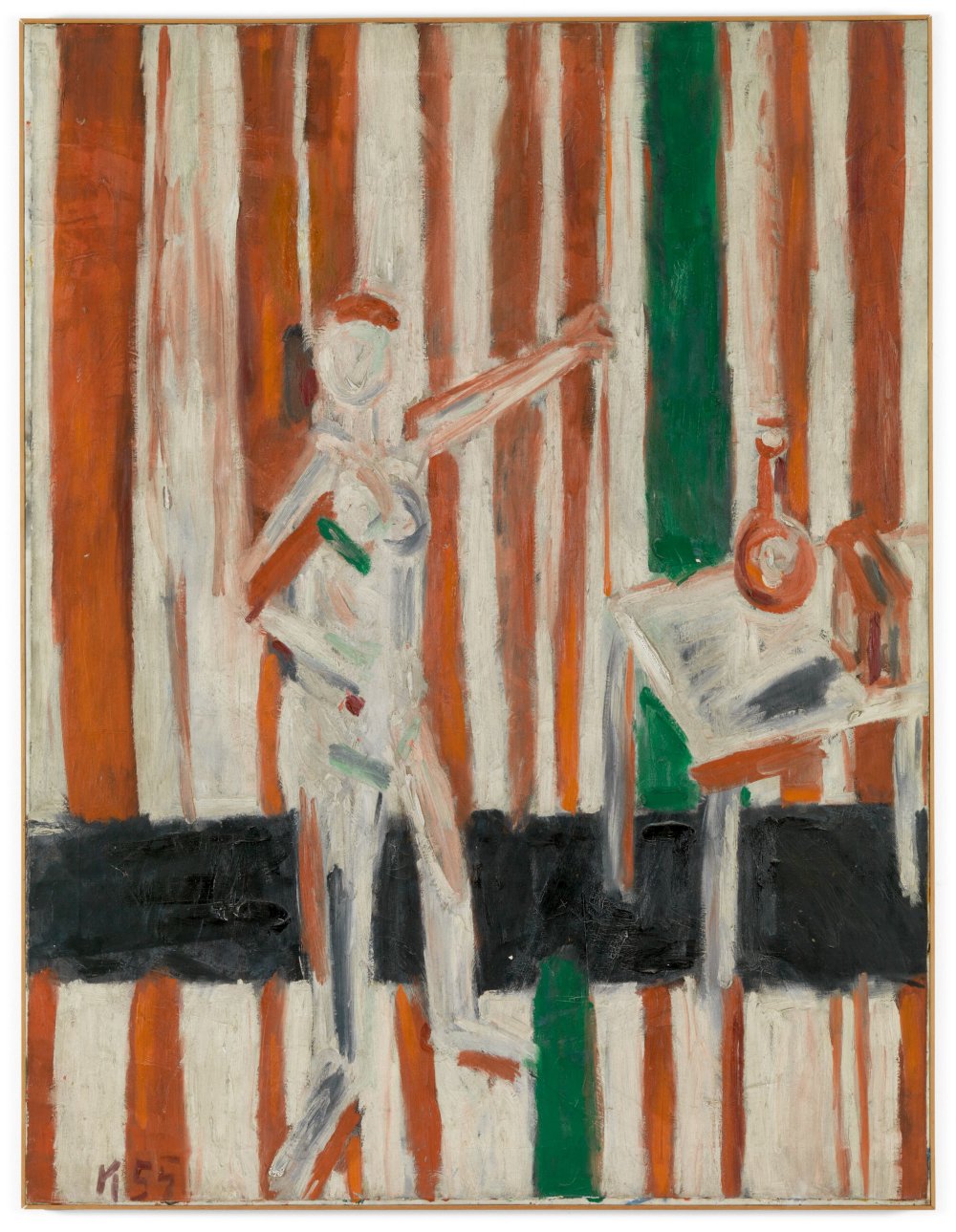 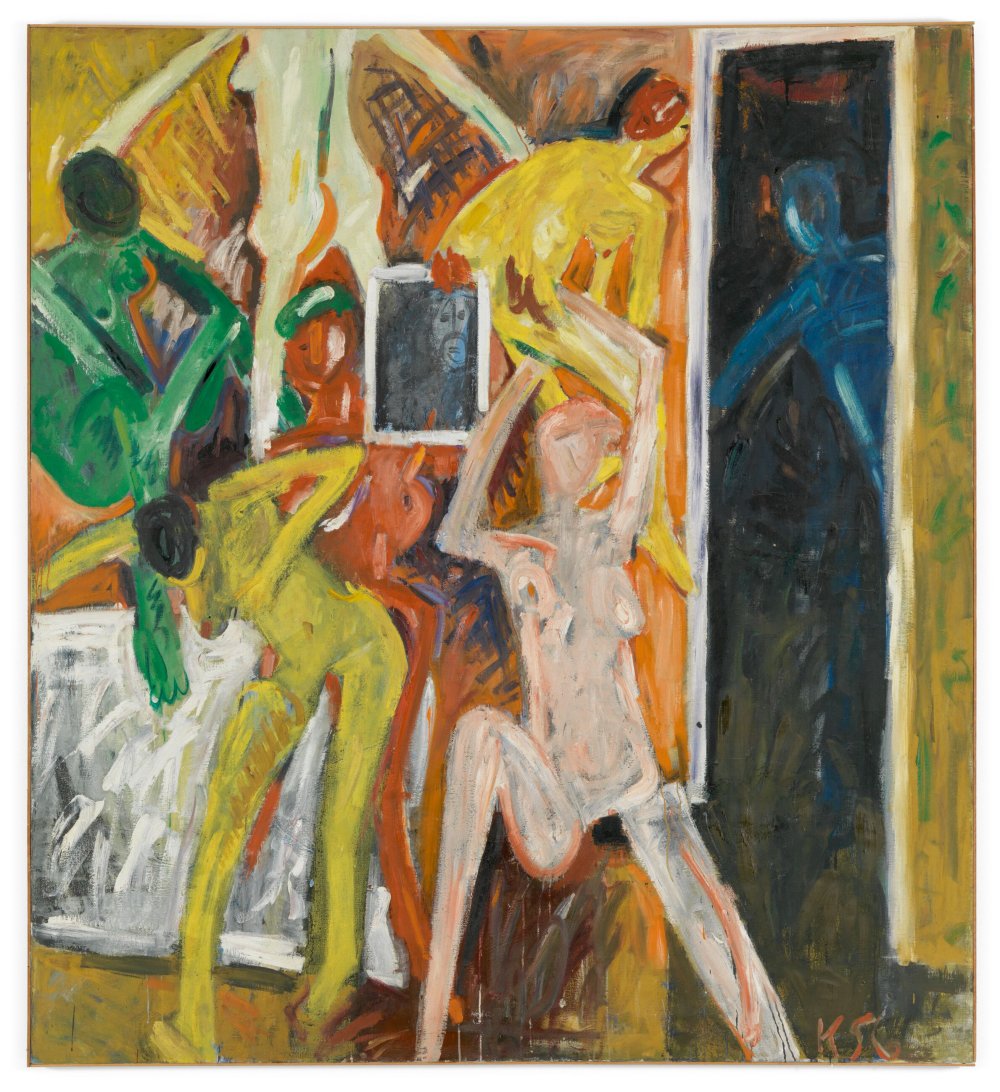 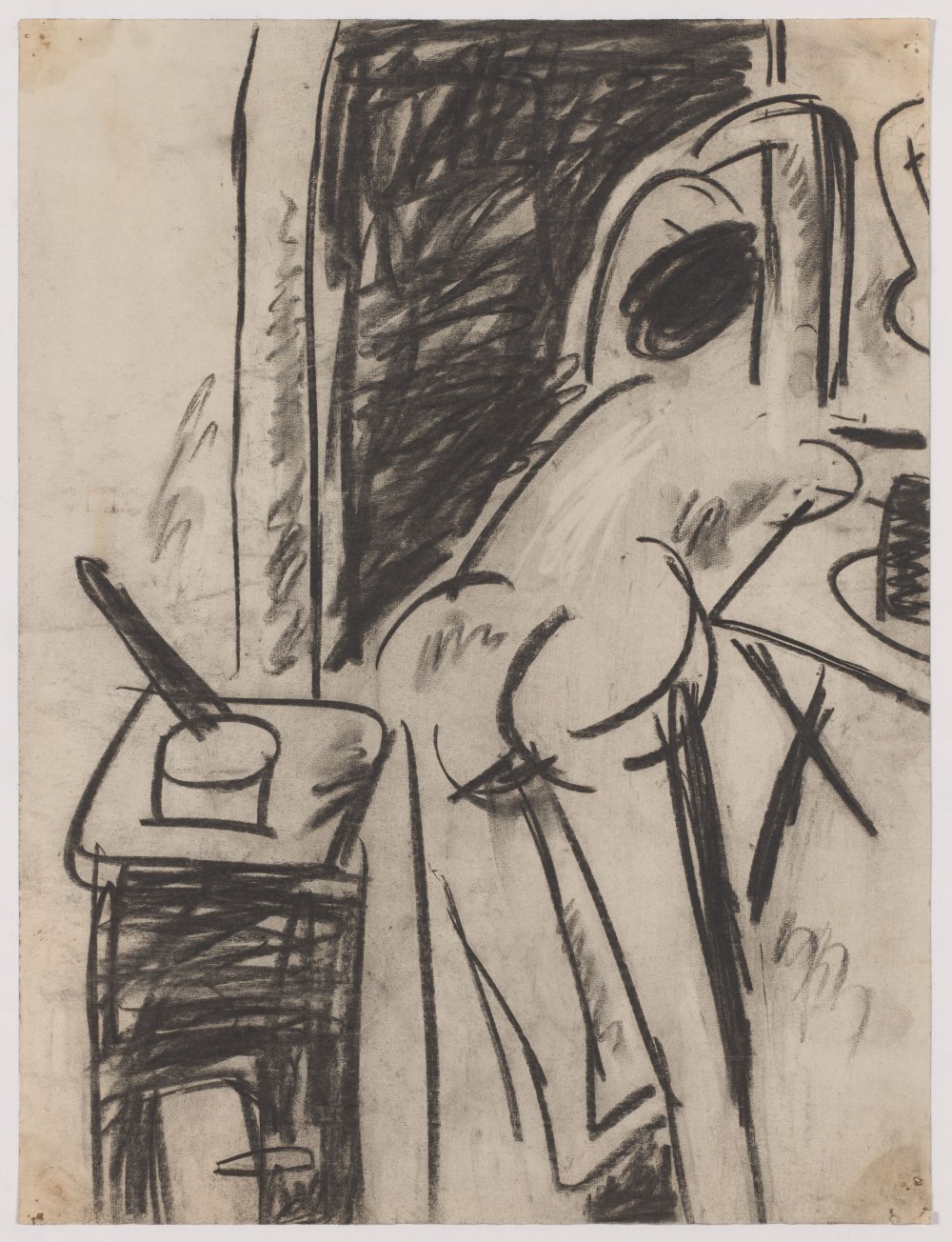 Allan Kaprow
Nude Looking in Mirror with Pot on Stove, 1954 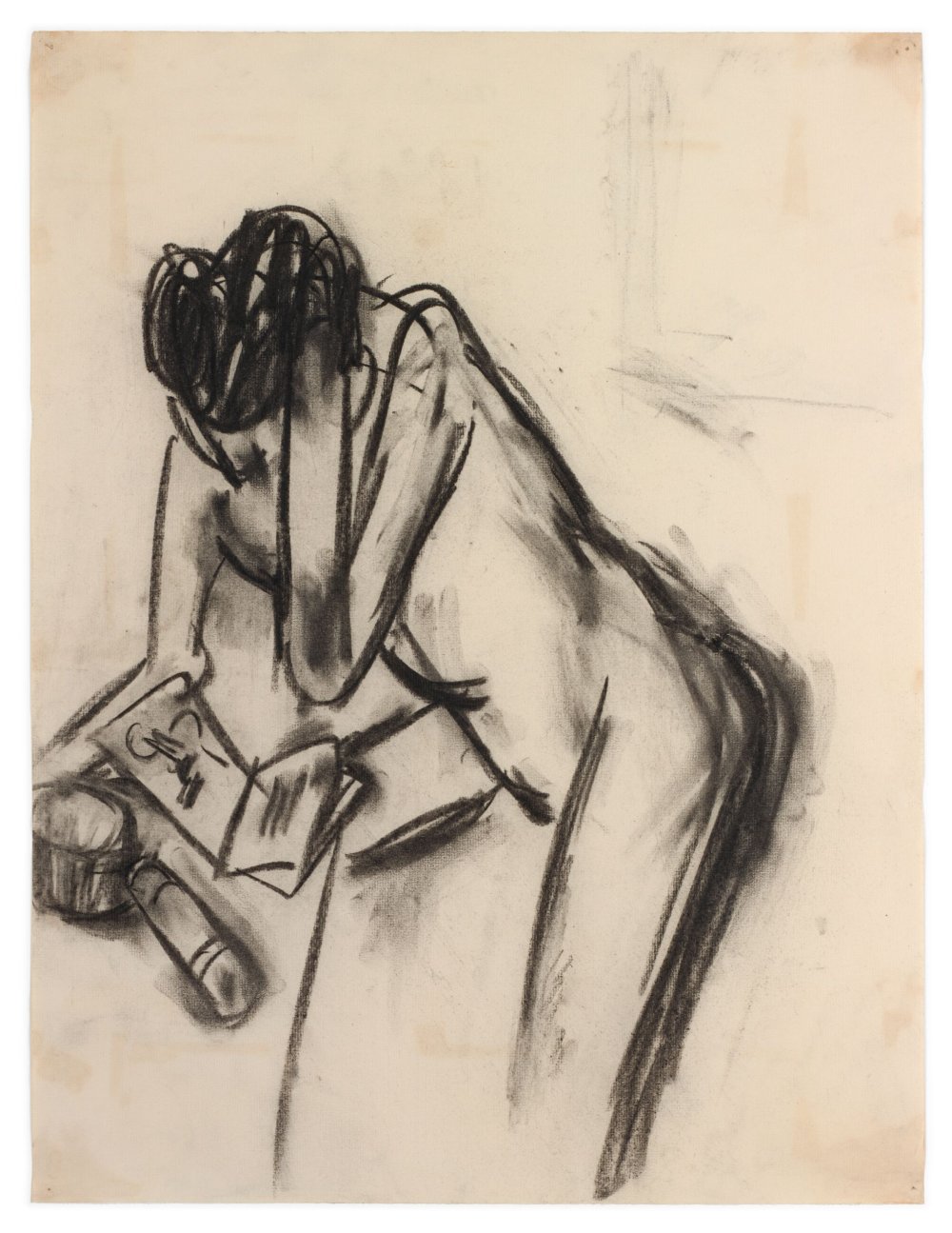 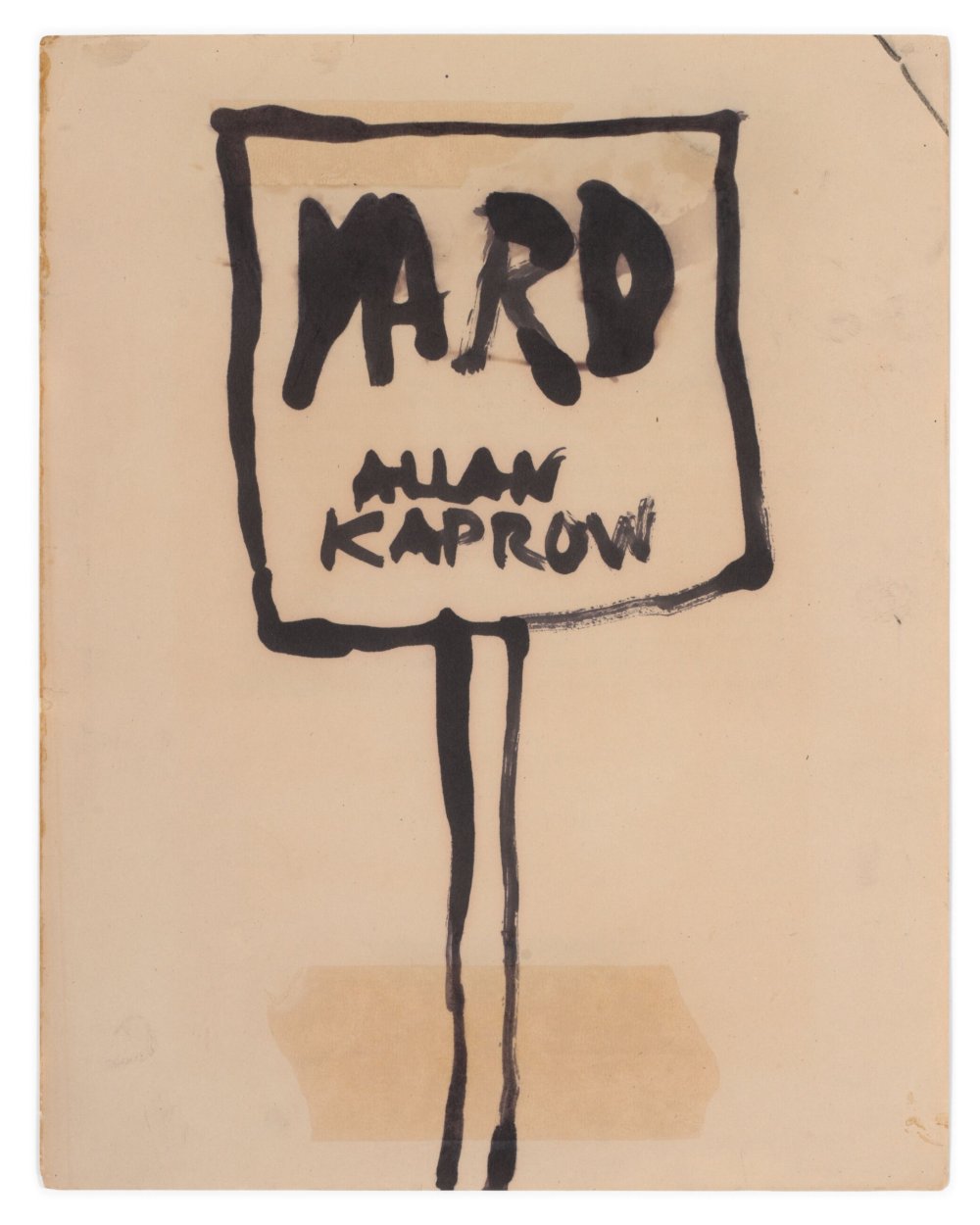 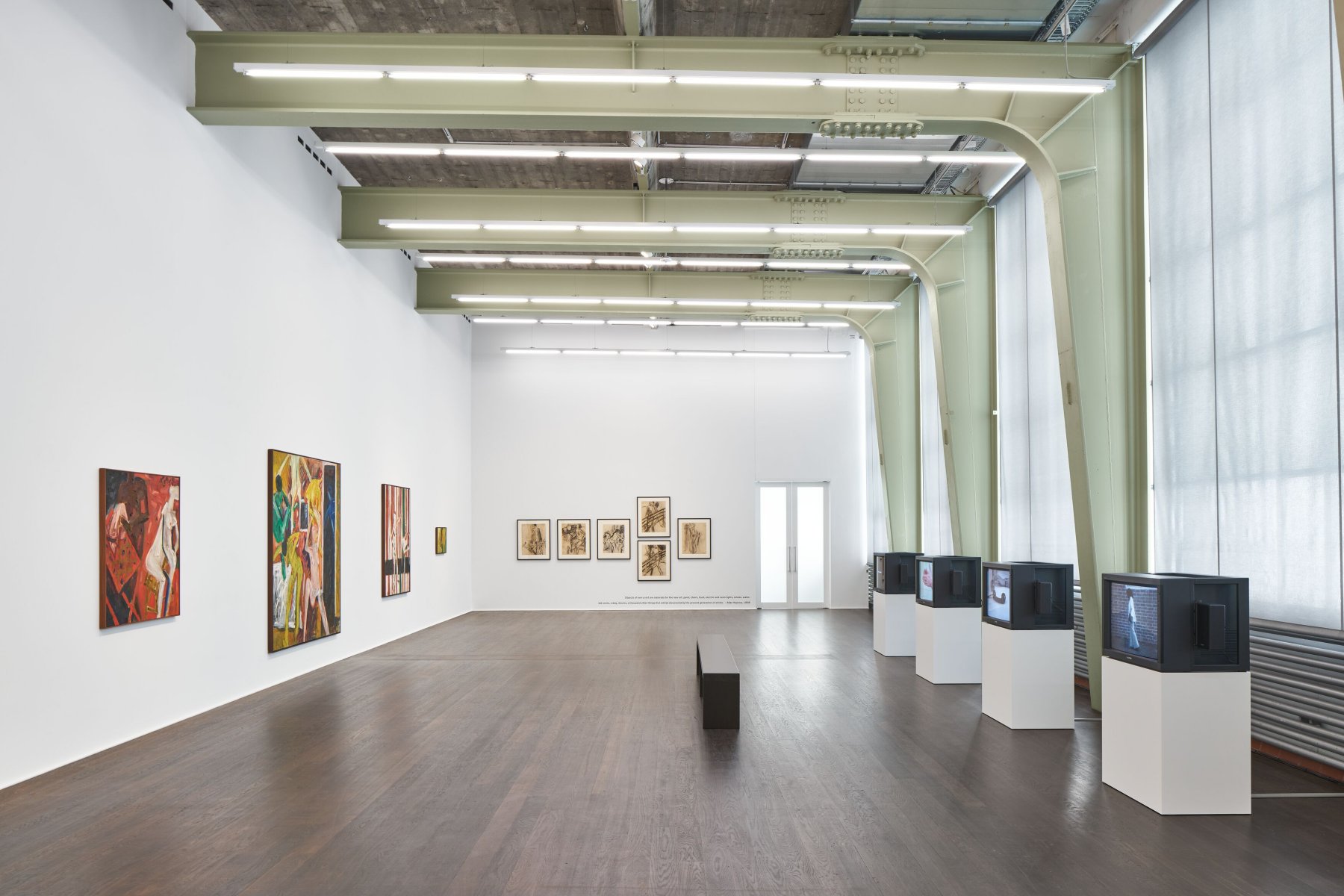 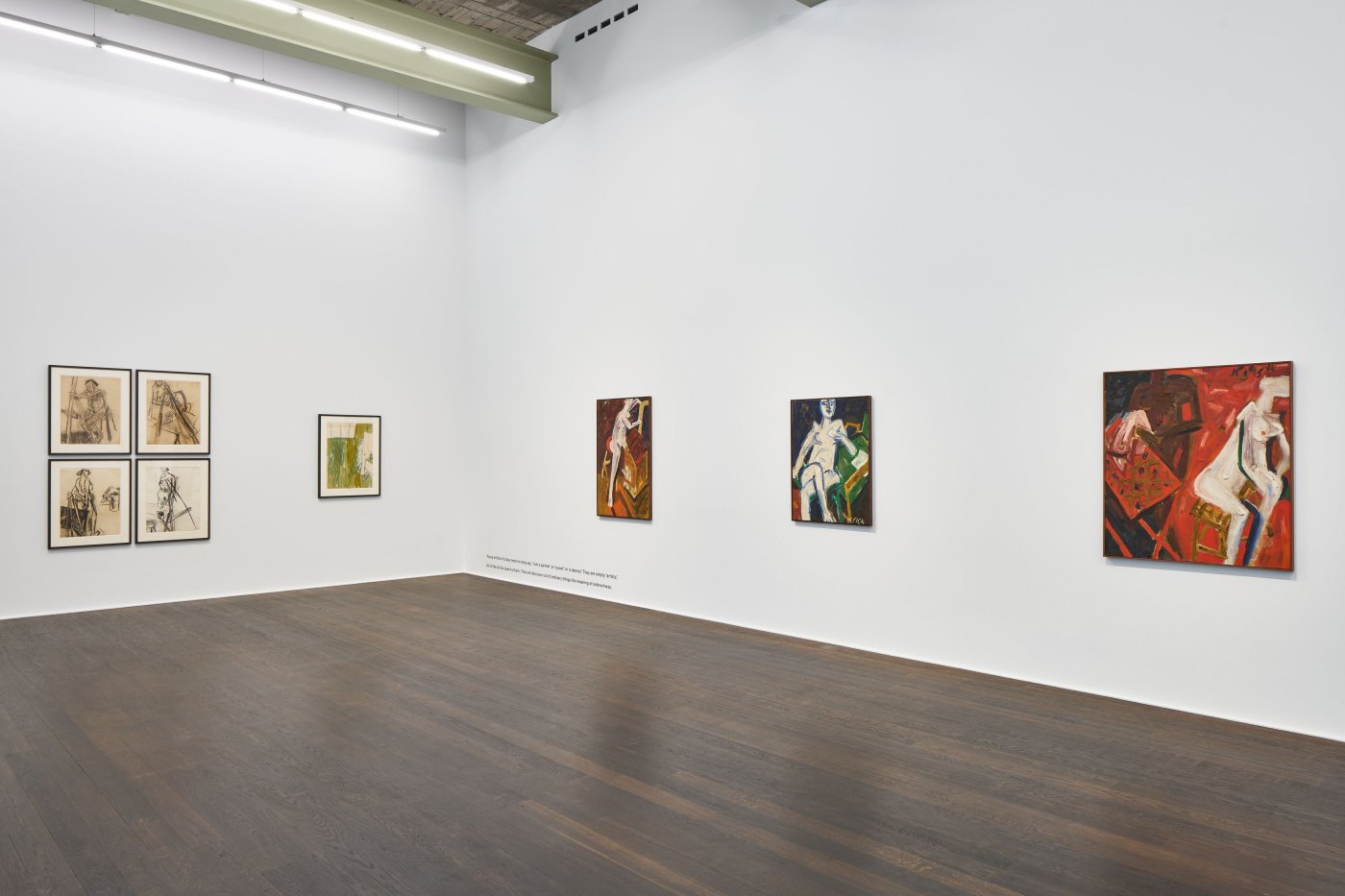 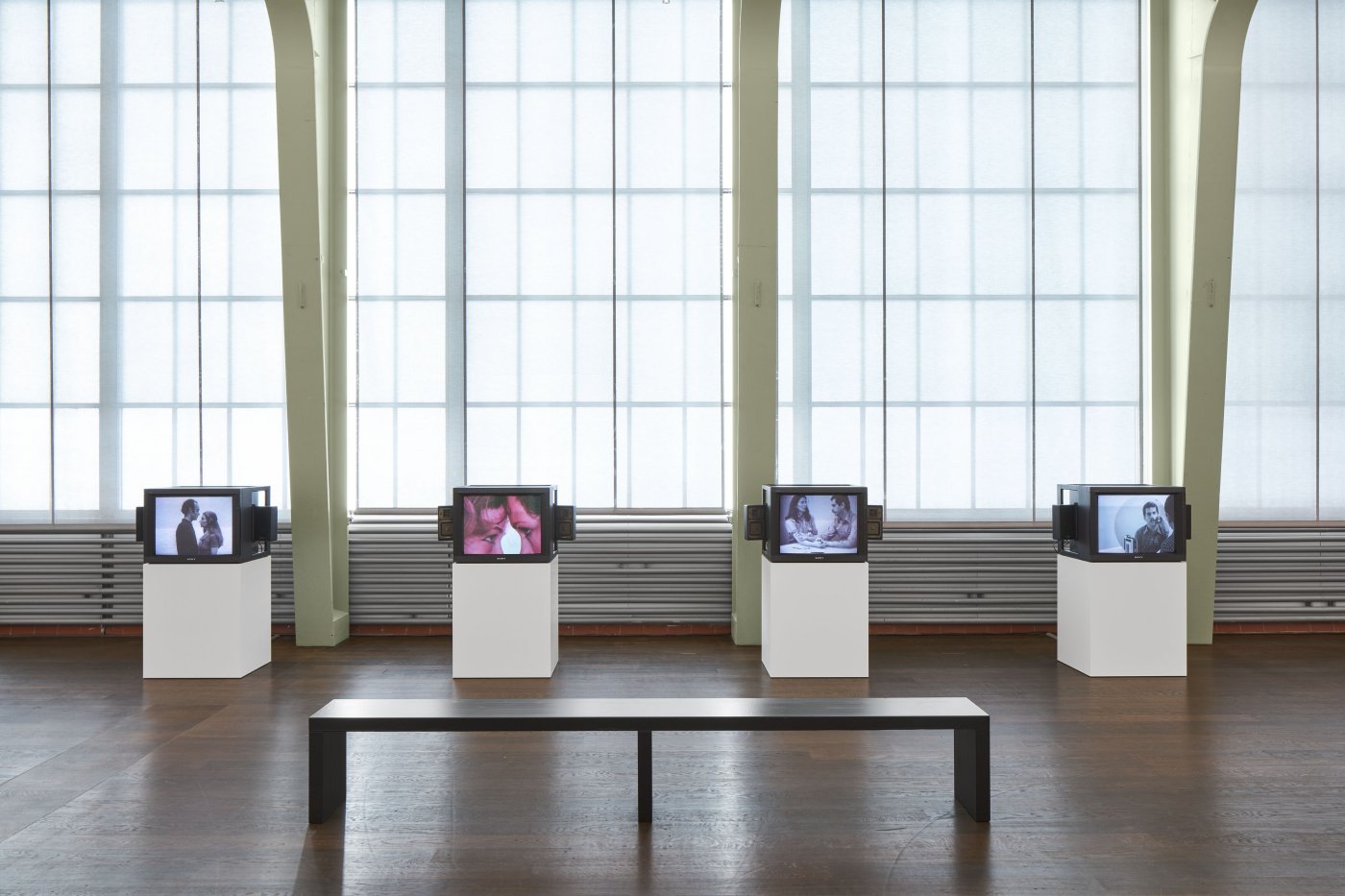 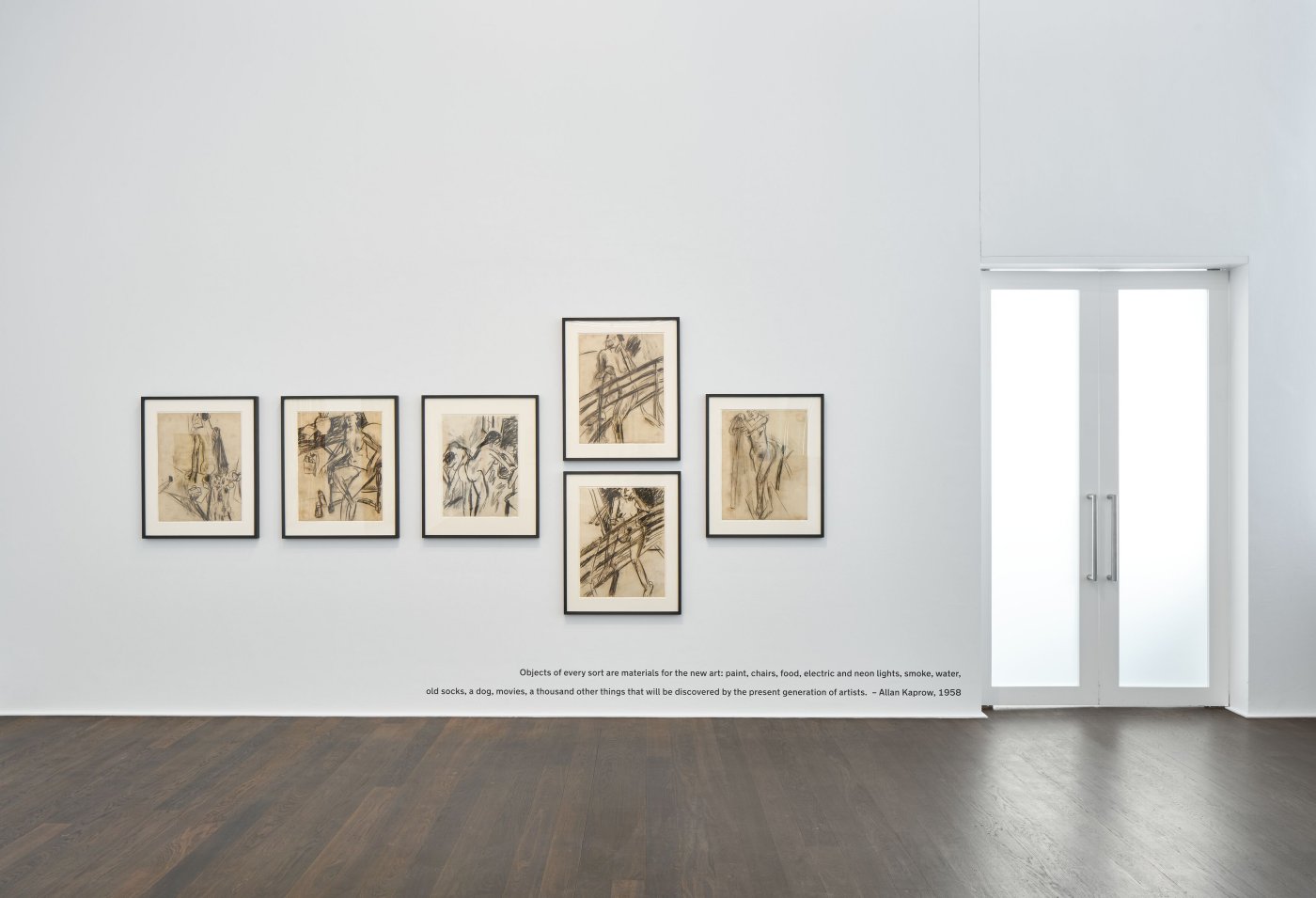 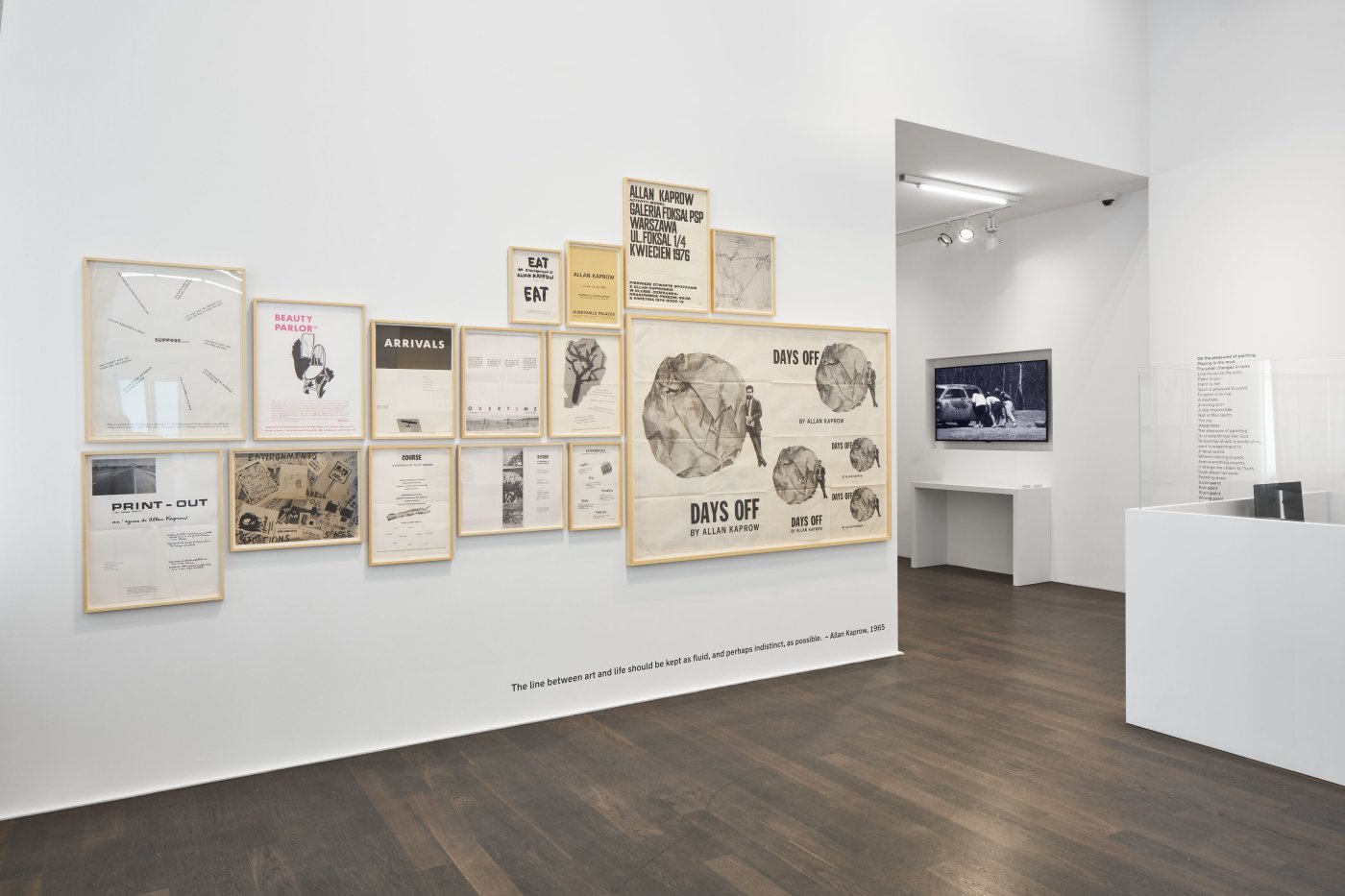 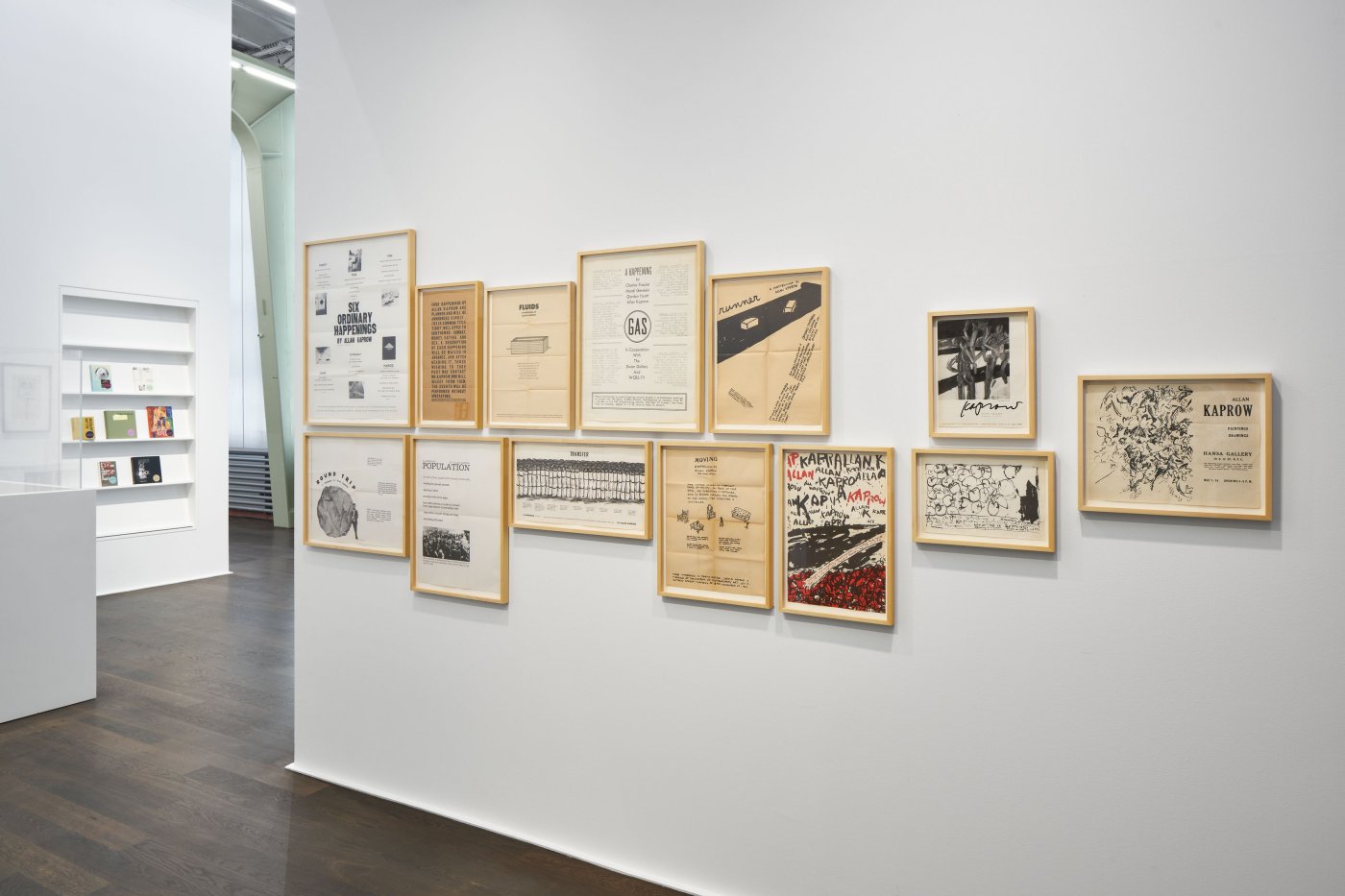 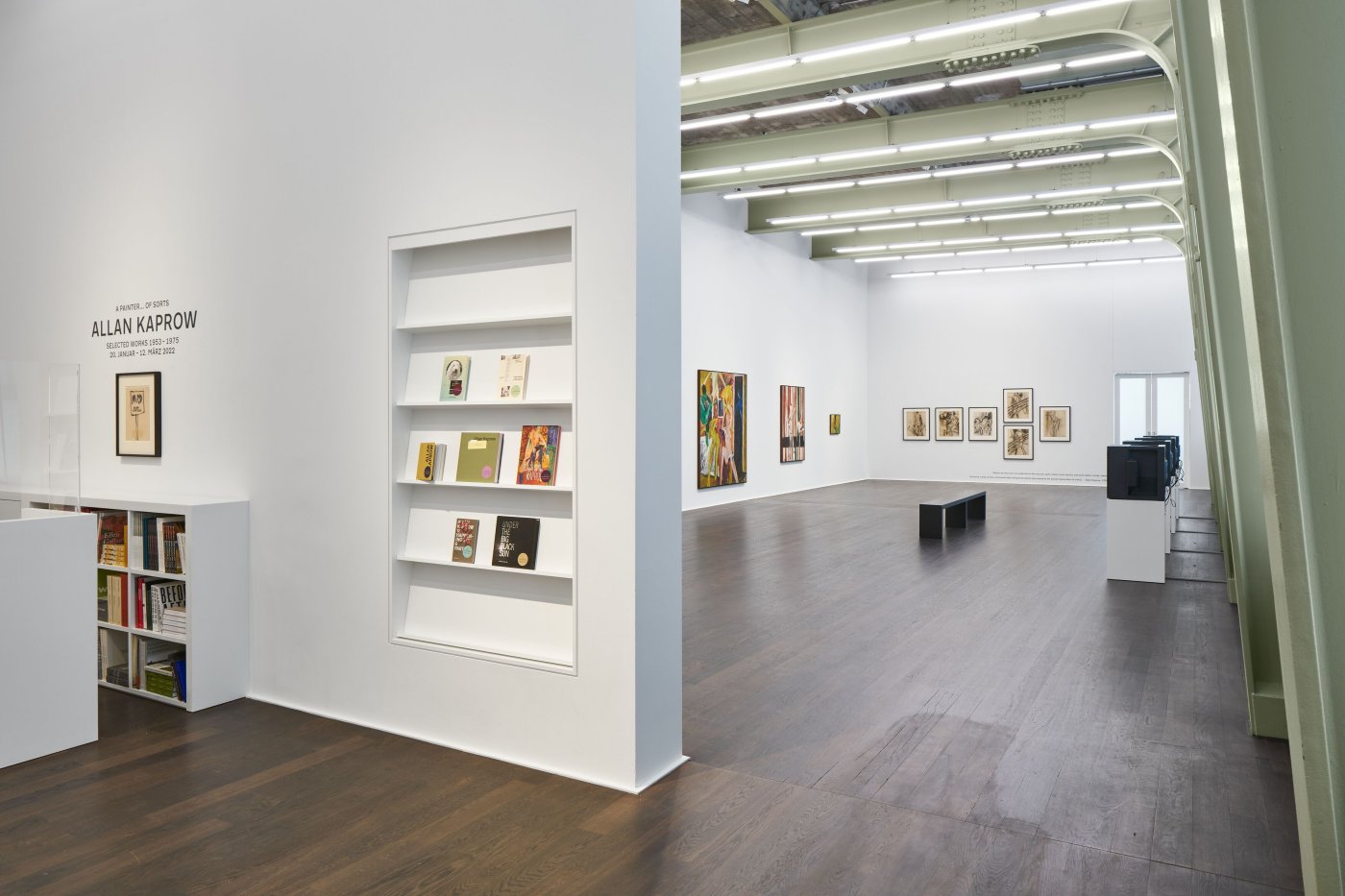 With the invention of ‘Happenings’ and ‘Environments,’ Kaprow embarked upon a career of intellectually rigorous, site-specific, and timed works that defied commoditization and ultimately gave birth to performance and installation art. While Kaprow’s radical innovations in the realm of performance shifted the course of 20th-century American art, he began his career as a painter, studying with Hans Hofmann and focusing on the medium in the 1950s. ‘A painter… of sorts’ presents paintings and drawings by Kaprow from this period, as well as a selection of his video works from 1975. The exhibition depicts a clear trajectory for the artist’s practice, from paintings and drawings to his performance-based Happenings and videos, highlighting a career-long exploration into the relationship between everyday life and art. ‘Life is much more interesting than art,’ Kaprow wrote. ‘The line between art and life should be kept as fluid, and perhaps indistinct, as possible.’

Barry Rosen of the Kaprow Estate writes: ‘We today know Kaprow for a Thought, not for his paintings but for another Form entirely. In 1959, Allan Kaprow brought us immediately to a New Discussion (of the links between Art and Life, between our own Lives and Art-making), followed by years of examining this run-in, confusion: the post-World War II pressure to place the meaning of living-in-the-modern-world onto the cultural milieu.’

On view in Zurich are a selection of rarely seen charcoal and ink drawings from 1953-55, made during the artist’s time at Hansa Gallery, a cooperative cofounded by Kaprow and fellow former students of Hans Hofmann. These works depict singular or multiple figures engaged in different activities in Kaprow’s studio space, reflected in titles such as ‘Standing Nude in Studio, Easel in Foreground’ and ‘Seated Nude on Studio Bench’. Here, charcoal is applied in dynamic and charged strokes, implying a sense of movement that vibrates off the page. In other works, such as ‘Seated Model in Leotard in Studio’ (1954), strong, linear forms in ink cut through the blank spaces of the paper. These early drawings suggest Kaprow’s growing interest in physical immediacy and expressive freedom, presaging his later revolutionary experiments in space, activity, and performance.

Kaprow continued to embrace a gestural visual idiom full of rhythmic movement in a series of nudes from 1954, which include the paintings on view in the exhibition ‘White and Brown Figures’ and ‘White Nude Near Green Chair’. In many of Kaprow’s paintings from 1955 and 1956, multiple figures divide the space and either emerge from the picture plane or exist just outside of the canvas. In the work ‘From James Joyce’s ‘Ulysses’’ (1956), the artist depicts a group of figures delineated with brushstrokes of vibrant colour – jade green, coral, flesh pink, chalky white, teal blue and bright lemon yellow. He applies the paint with vehemence, in short, slashing strokes, which culminate in thick crests of pigment, paving a way for his ‘action collages’ and later Happenings and Environments. As suggested by its title, the work is inspired from passages of James Joyce’s novel, ‘Ulysses’, which occupies a position within the literary canon as a byword for experimental modernism – much akin to Kaprow’s artistic practice. Here we begin to see a growing tension between painting and everyday life, and the beginnings of Kaprow’s desire to abandon the medium altogether.

This shift away from painting was outlined in Kaprow’s 1958 influential essay ‘The Legacy of Jackson Pollock,’ which explored the artistic impact of Action painting in the wake of Pollock’s death. ‘Pollock, as I see him, left us at the point where we must become preoccupied with and even dazzled by the space and objects of our everyday life, either our bodies, clothes, rooms, or, if need be, the vastness of Forty- second Street’, Kaprow wrote. His seminal performance-based work, ‘18 Happenings in 6 parts’, was created a year later in 1959.

By the 1970s, Kaprow had begun exploring the possibilities of video as a medium to capture the crossovers between everyday life and art. The works on view in Zurich include ‘Comfort Zones’, ‘Rates of Exchange’, ‘Time Pieces’ and ‘Warm-Ups’ from 1975, whereby Kaprow examines figures relating to one another in space, engaged in staged and repeated actions in front of the camera. Kaprow considered these choreographed films as works of art in their own right, which differed from the documentation films of his live Happenings, examples of which are also on view at the gallery. Concluding the exhibition, these works highlight Kaprow’s continued commitment to blurring the line between art and everyday life in new and radical ways.