A Matter of Life and Death

A Matter of Life and Death

An exhibition of works in clay, curated by Jenni Lomax 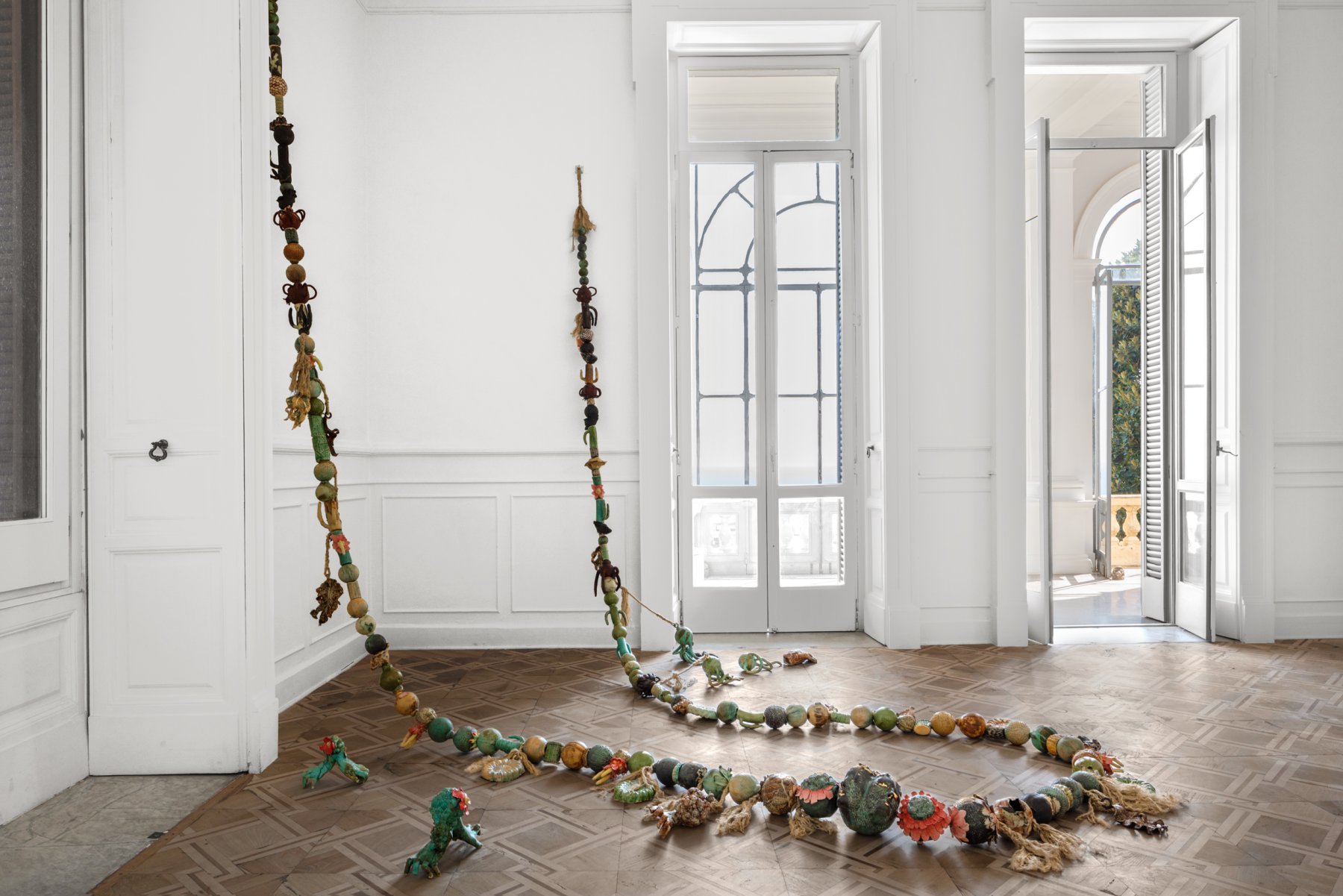 In Powell and Pressburger’s 1946 film, A Matter of Life and Death, David Niven’s character – a WW2 fighter pilot – bails out of his burning Lancaster bomber without a parachute. He lands on a familiar shore, soon to discover that he is neither alive nor dead, having to bargain for life in a space somewhere between Heaven and Earth.

Lucio Fontana arrived in Italy from Argentina as a young child in 1905 at the start of a 25-year-long sequence of devastating earthquakes that ravaged much of the country. This catastrophic, elemental disruption has been widely acknowledged as having considerable bearing on the eruptive quality of Fontana’s early sculptures in clay – a material he loved for its organic malleability and sensual characteristics. He created works in clay that held movement and gesture whilst also generating a sensation of light and space, referring to them as ‘terremotata ma ferma’ (‘earthquaked but motionless’). Like Fontana and his almost contemporary Leoncillo Leonardi, the artists brought together for A Matter of Life and Death at Thomas Dane Gallery Naples, acknowledge the existence of this uncertain state amid existing and not, often facing it head-on.

During the course of their careers these artists – who span several generations – have made ceramic sculptures and installations that confront the possibility of catastrophe, and embody the physicality and energy of their creation. Whether using clay that is raw or has been fired, their work carries a sense of danger and conveys the understanding that the properties and processes of clay are precarious. Earth, moisture, temperature and air create change when they collide, either by accident or design, causing the transformation from one state to another, provoking an incalculable space that holds both fragility and strength.

Phoebe Cummings exploits the delicacy and temporal nature of unfired clay to make intricate structures that purposefully decay over time. Taking up residence in the Naples gallery, Cummings will work directly onto the fabric of the building with the natural properties of clay and water. For Keith Harrison, however, the firing process is a live act and a vital component of his performative works using clay.

Masaomi Yasunaga uses the base ingredients of clay – sand and pebbles – with the improbability of these materials taking his work in close proximity to disintegration. Anya Gallaccio’s fired lumps and fragments of clay are at times sumptuous, and at others grotesque, the remains of a deliberate and public act of creation and destruction. Any damage caused by the volatile making process of Andrew Lord’s work is repaired and filled with molten gold, in an act that acknowledges both a history of clay and the scarred beauty of the sculpture itself.

Phillip King often releases the swollen, off-balance tension of his sculptures by cutting into and breaking the wholeness of the form. Despite these wounds his ‘vessels’ retain their poise and even assume a sense of human identity.

Other works in the exhibition further display a bold, corporal presence. Serena Korda’s ceramic Witch Bottles – part of a series called The Hosts – expressively await an infusion of breath that will transform them into instruments of sound, while her hanging necklace of huge ceramic beads has been made especially for Naples “…to entice the sirens to sing out from the sea”. Lawson Oyekan’s pair of tall, standing structures speak to each other of their similarities and differences. And, placed on a table top, Chiara Camoni’s group of farfalle (butterfly) vases display the ambiguities of anthropomorphism and the contradictory beauty of nature. Camoni’s un-glazed works stand in contrast to the shiny, fluidness of Lynda Benglis’s extrusions of clay. Applied with painterly colour, Benglis’s work embodies gesture and futuristic movement. A group of new works by Magdalene Odundo appear to breathe in and breathe out; vessel-like in form, they are shaped by the containment of breath and its life-giving force.