A Love Letter to a Nightmare

A Love Letter to a Nightmare

The skeleton was as happy as a madman whose straitjacket had been taken off. He felt liberated at being able to walk without flesh. The mosquitoes didn’t bite him anymore. He didn’t have to have his hair cut. He was neither hungry nor thirsty, hot nor cold. He was far from the lizard of love.

–Leonora Carrington, The Seventh Horse and Other Tales

Petzel Gallery presents A Love Letter to a Nightmare, a summer group exhibition at the gallery’s Chelsea location. 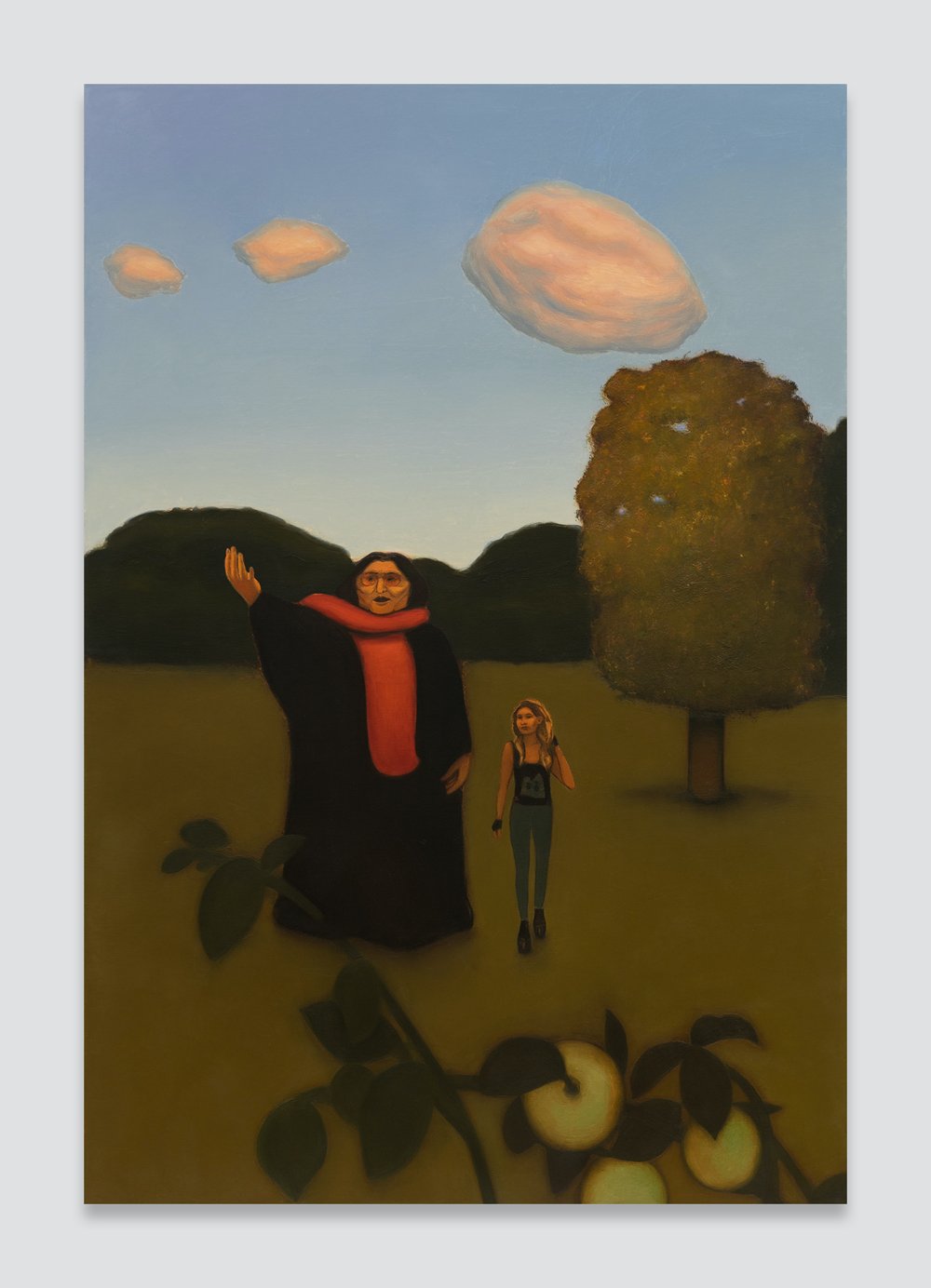 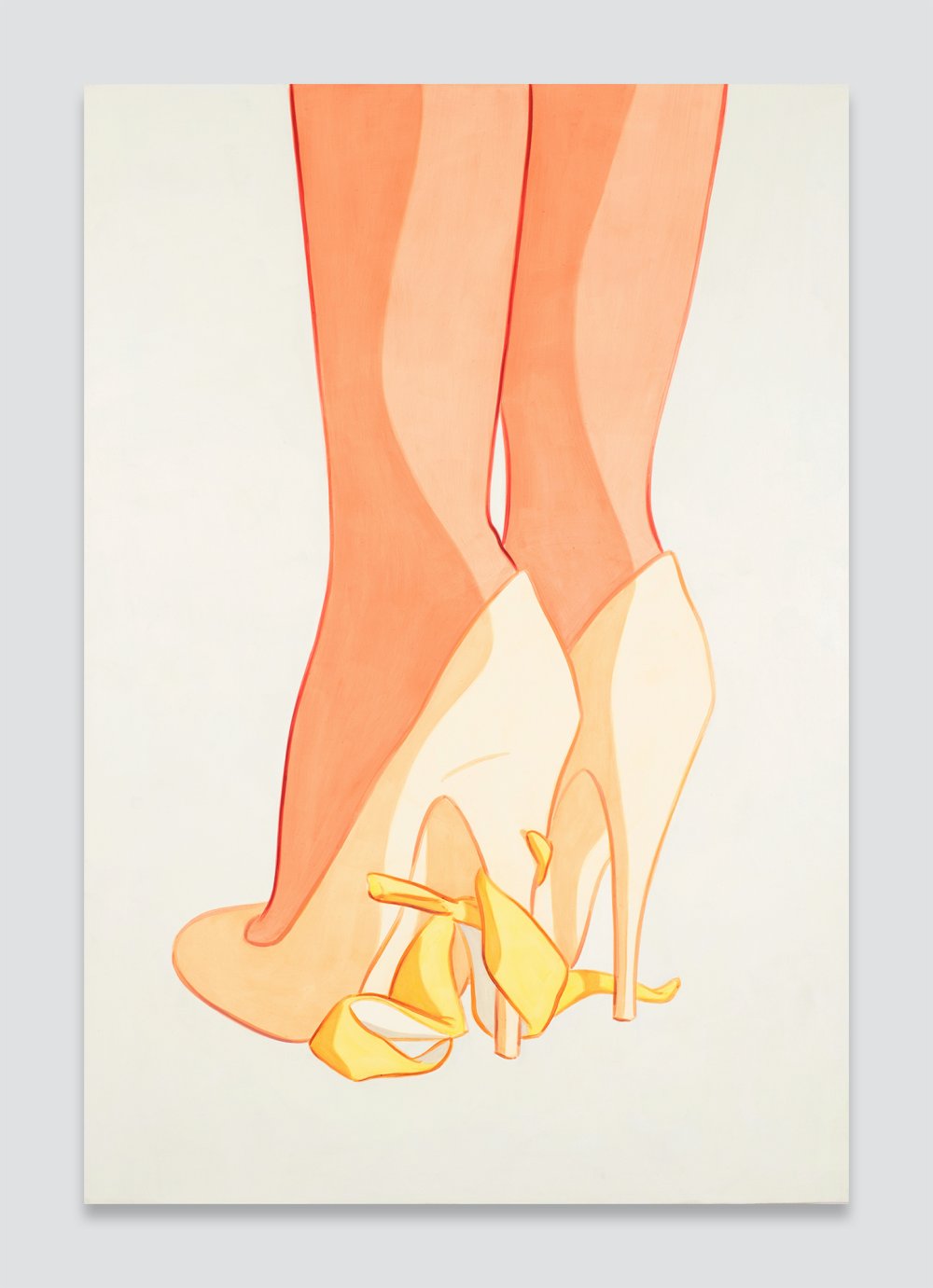 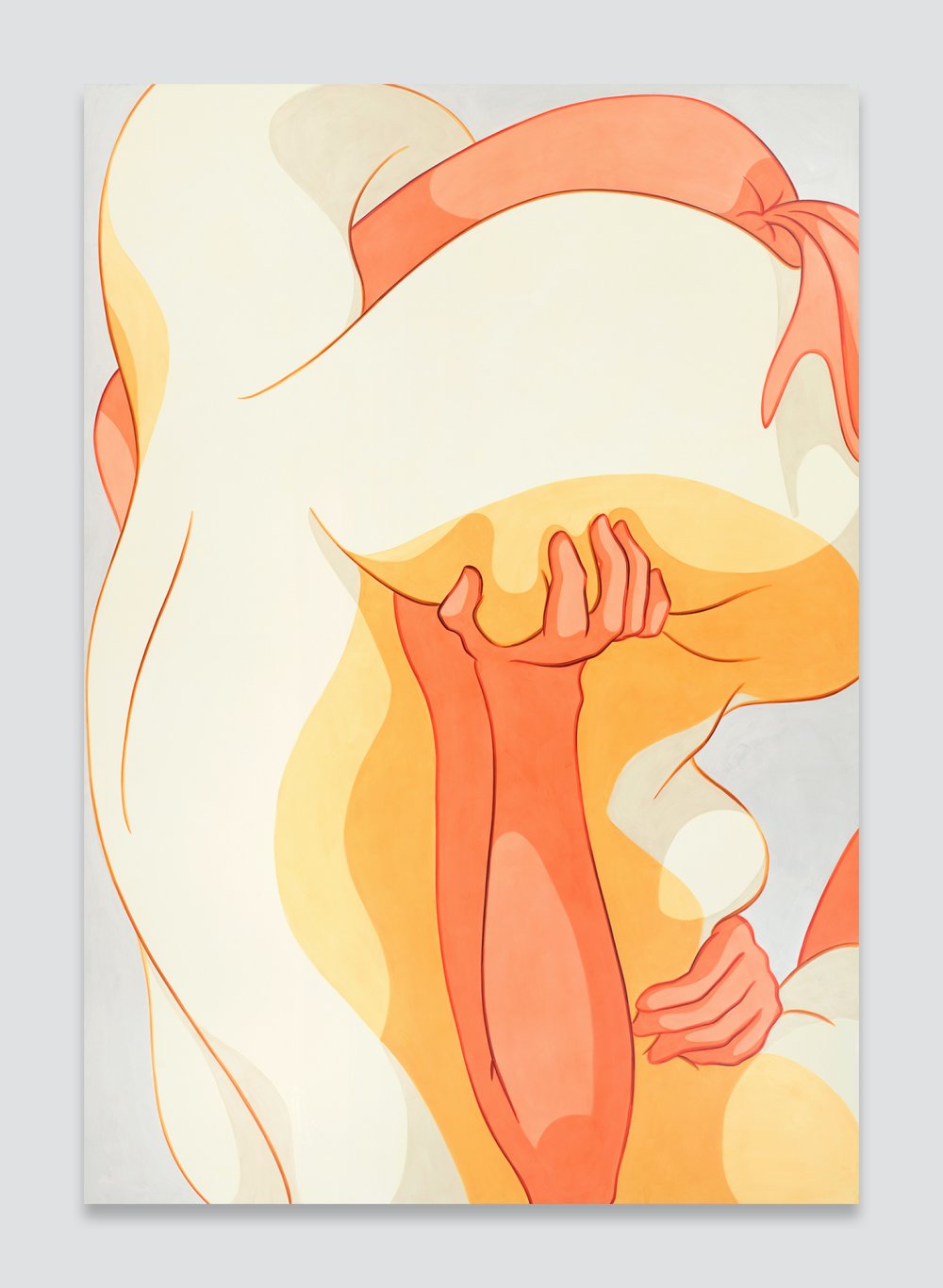 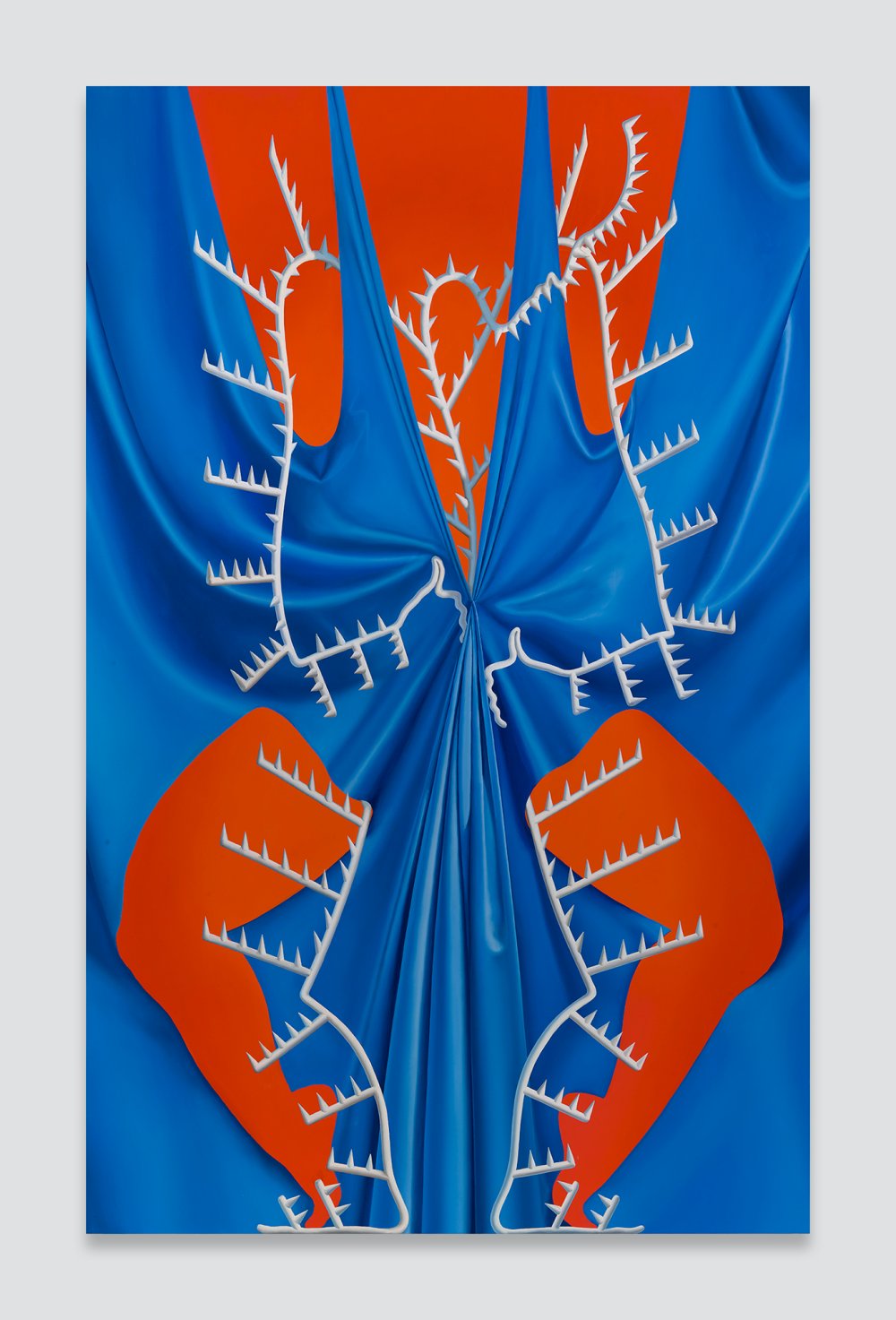 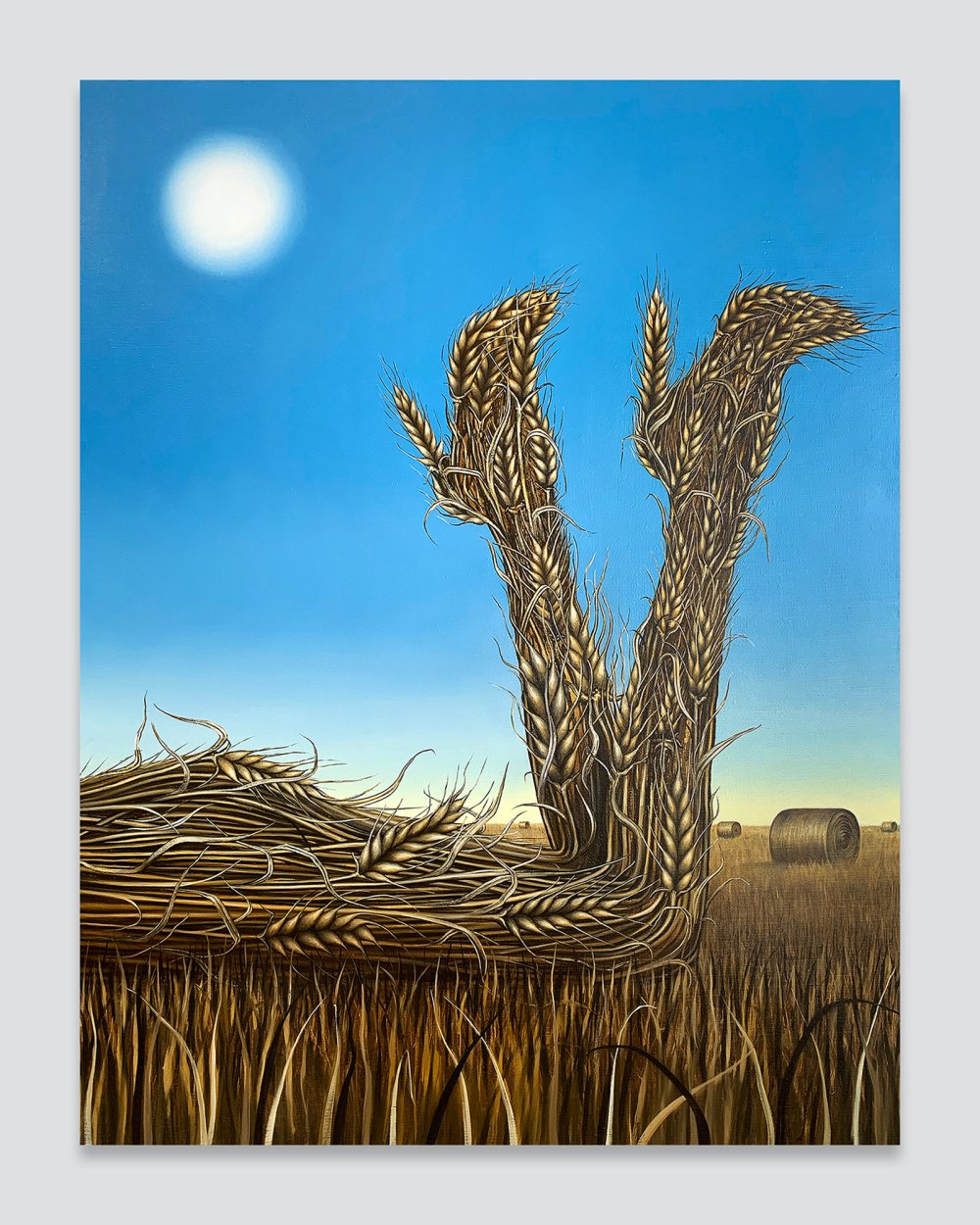 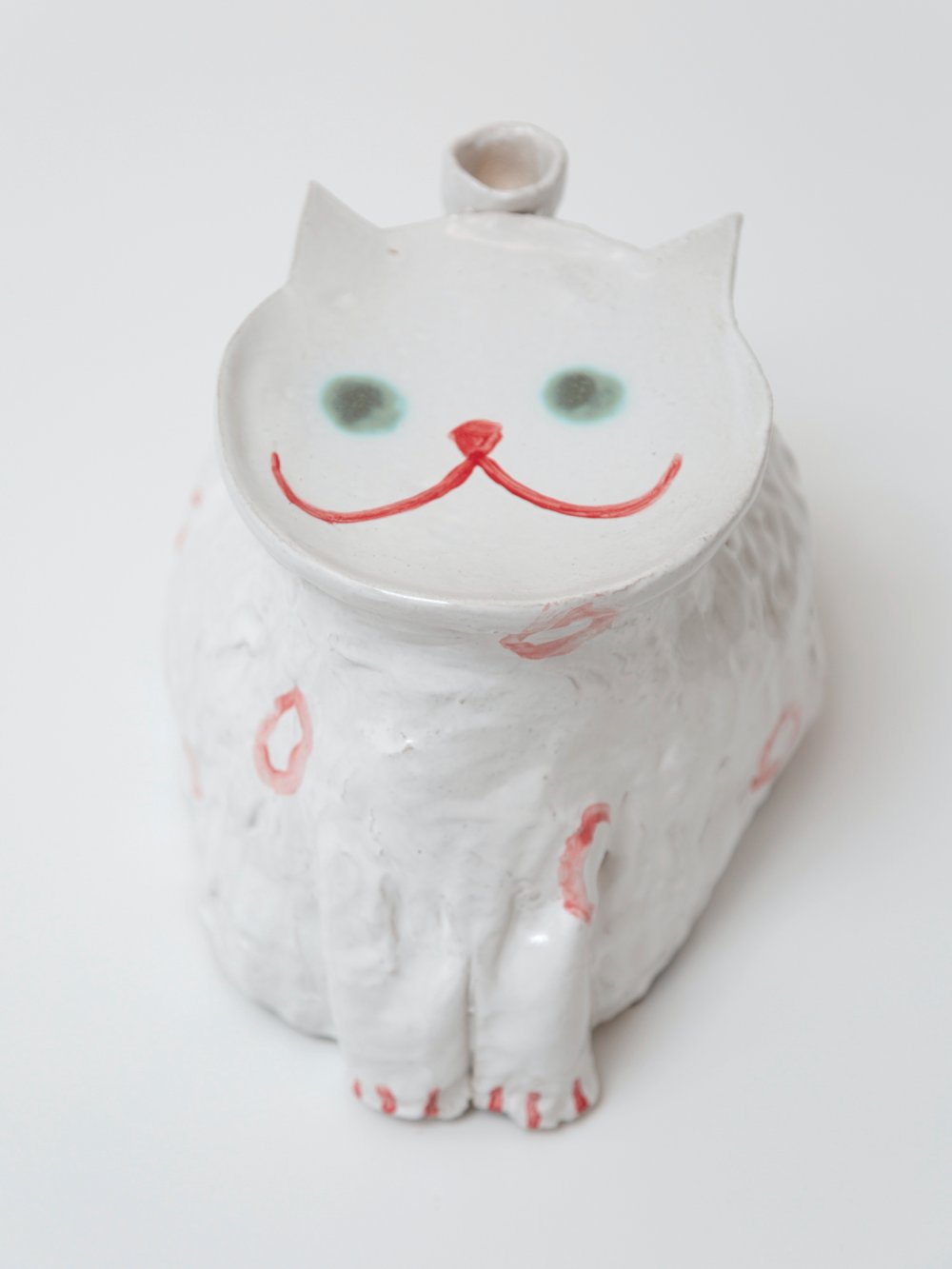 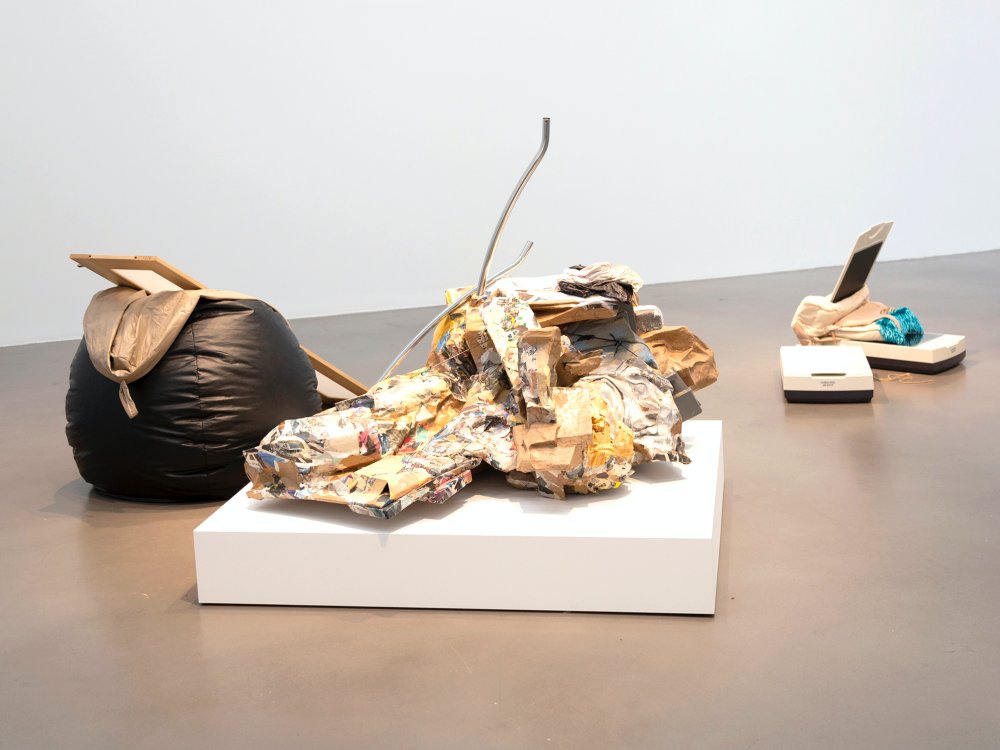 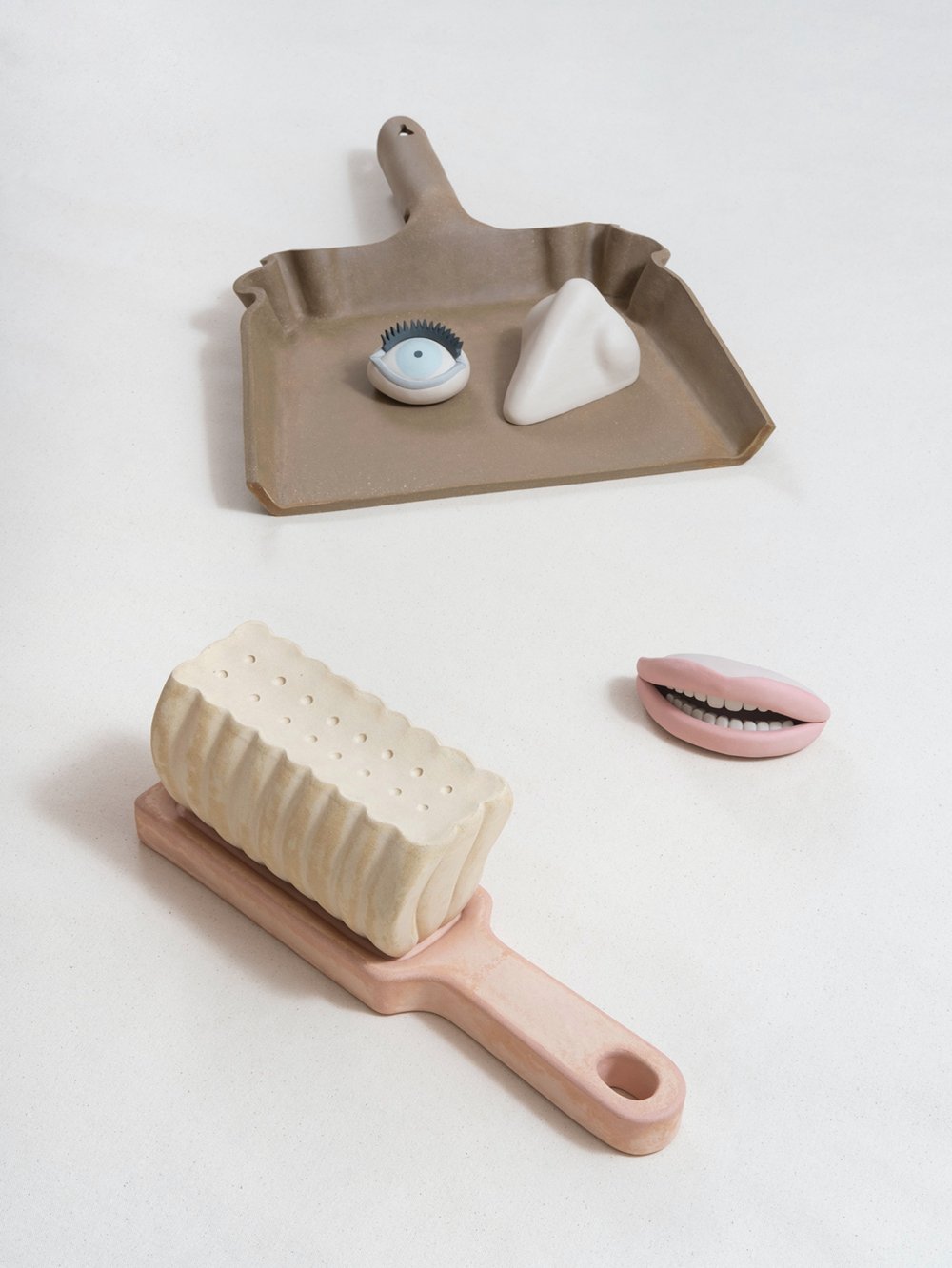 Genesis Belanger
Picking up the pieces, 2020 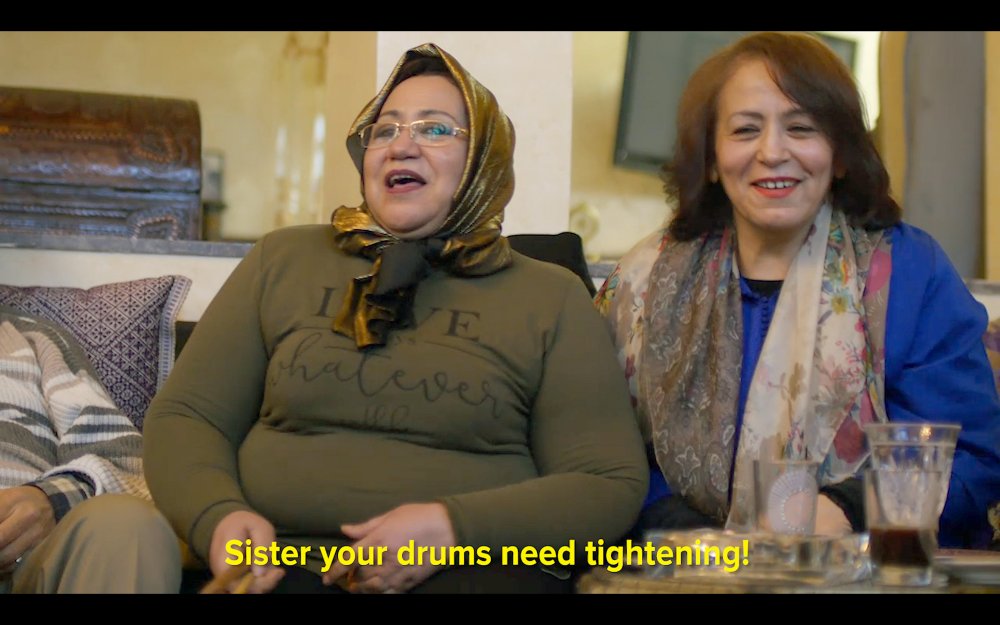 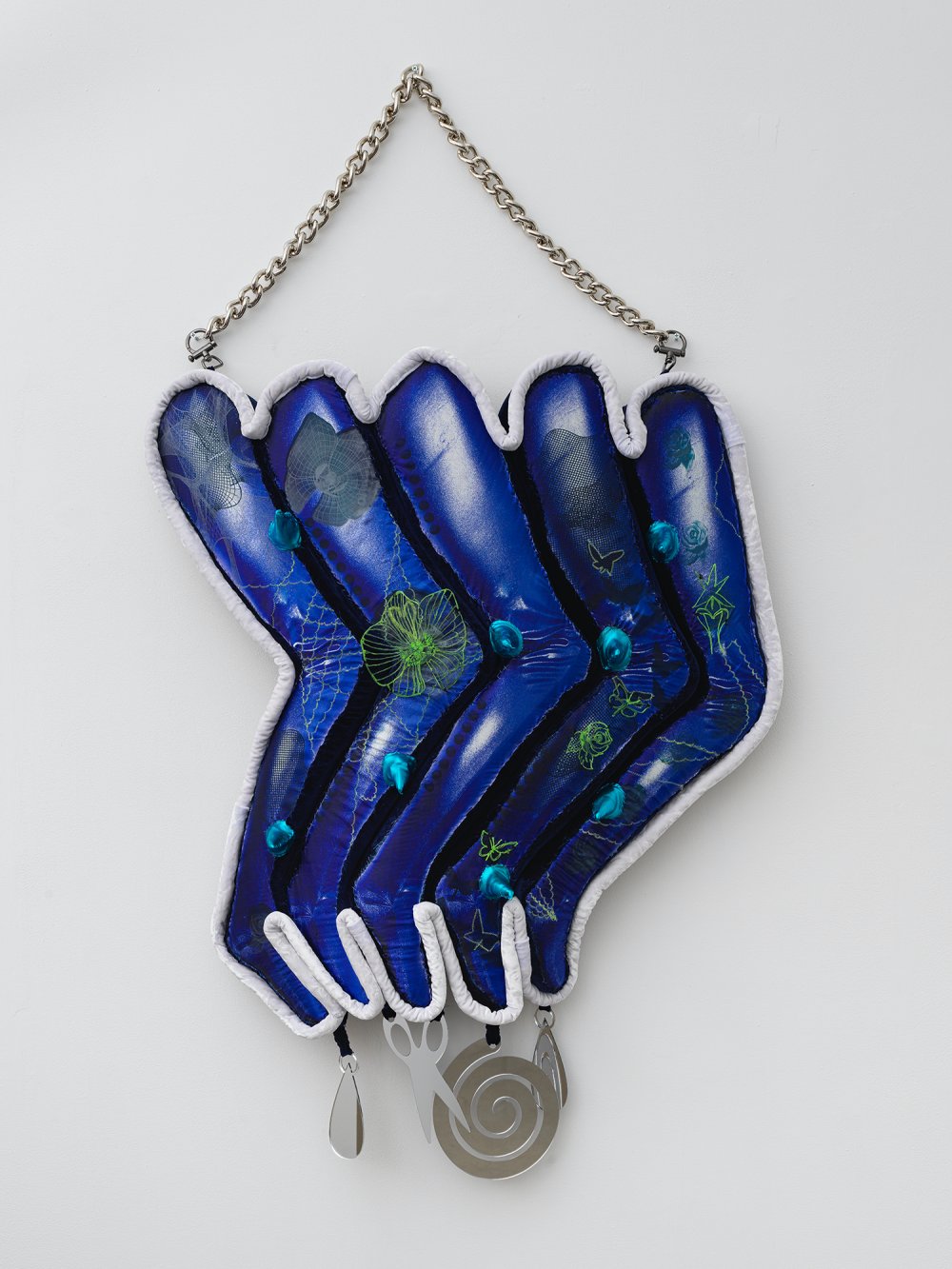 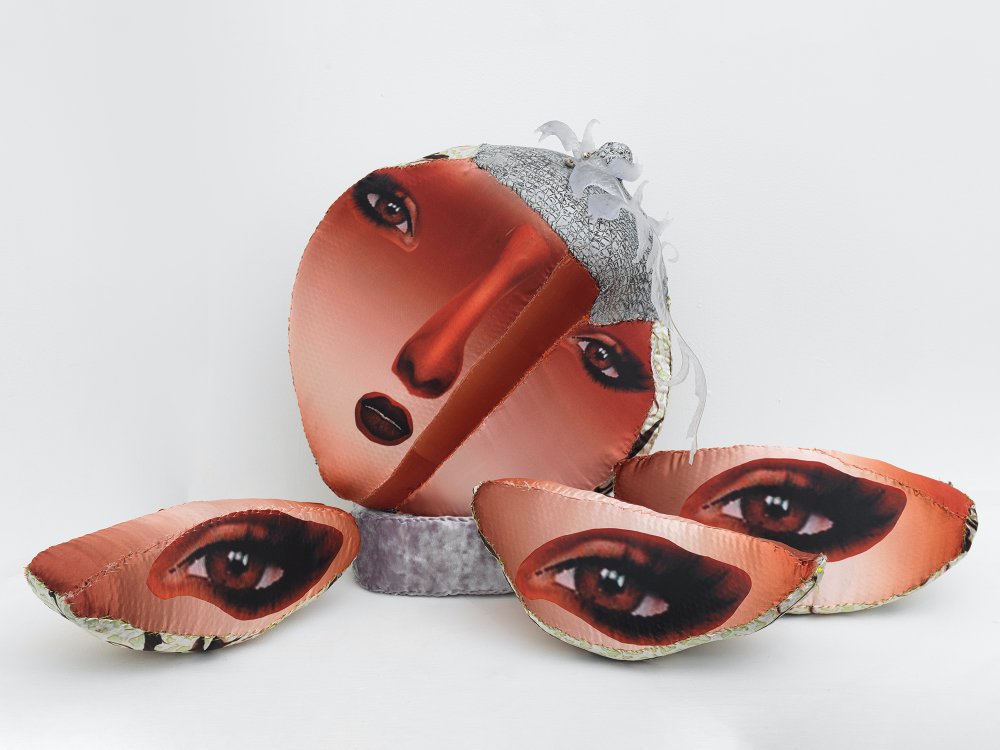 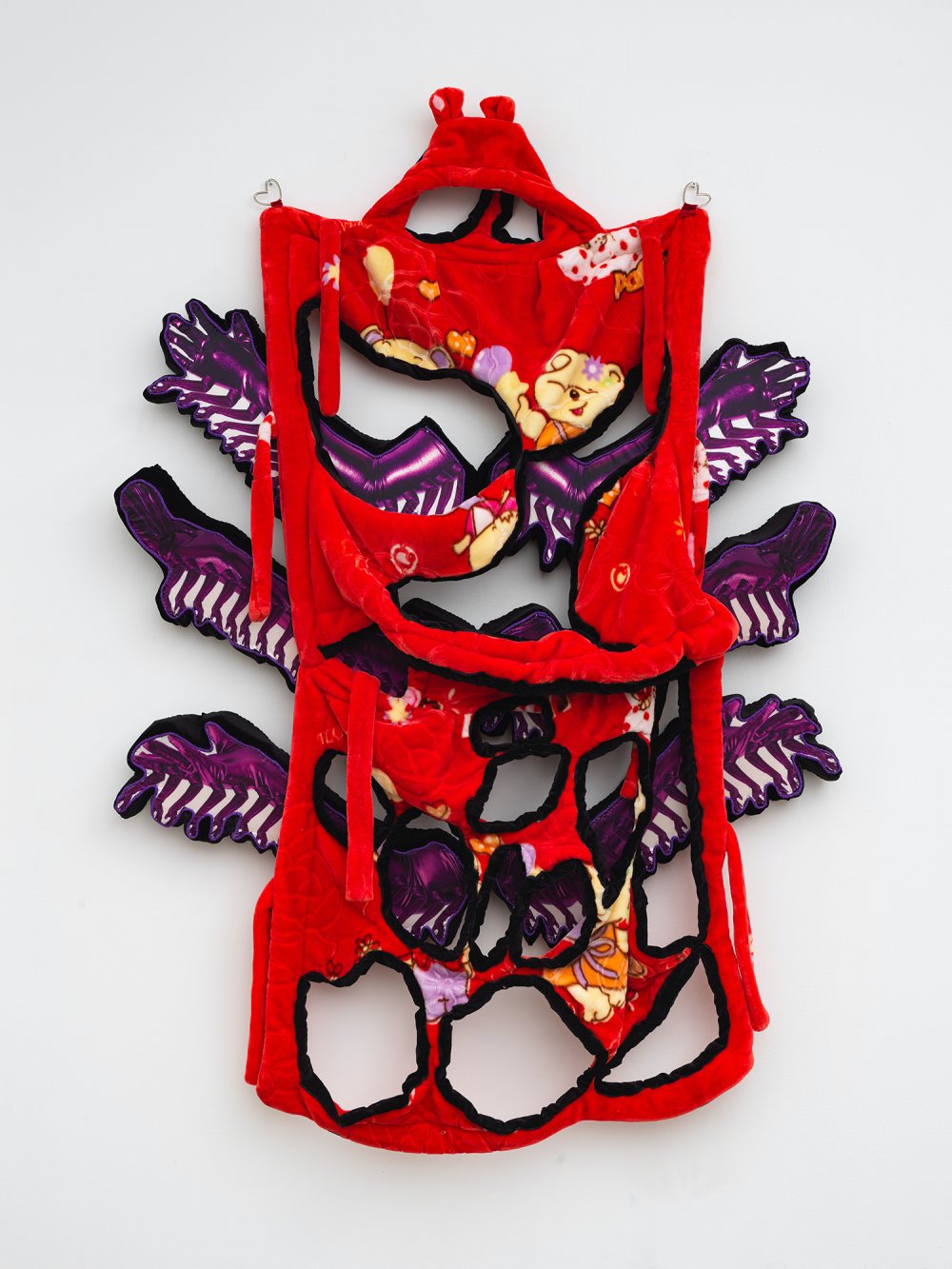 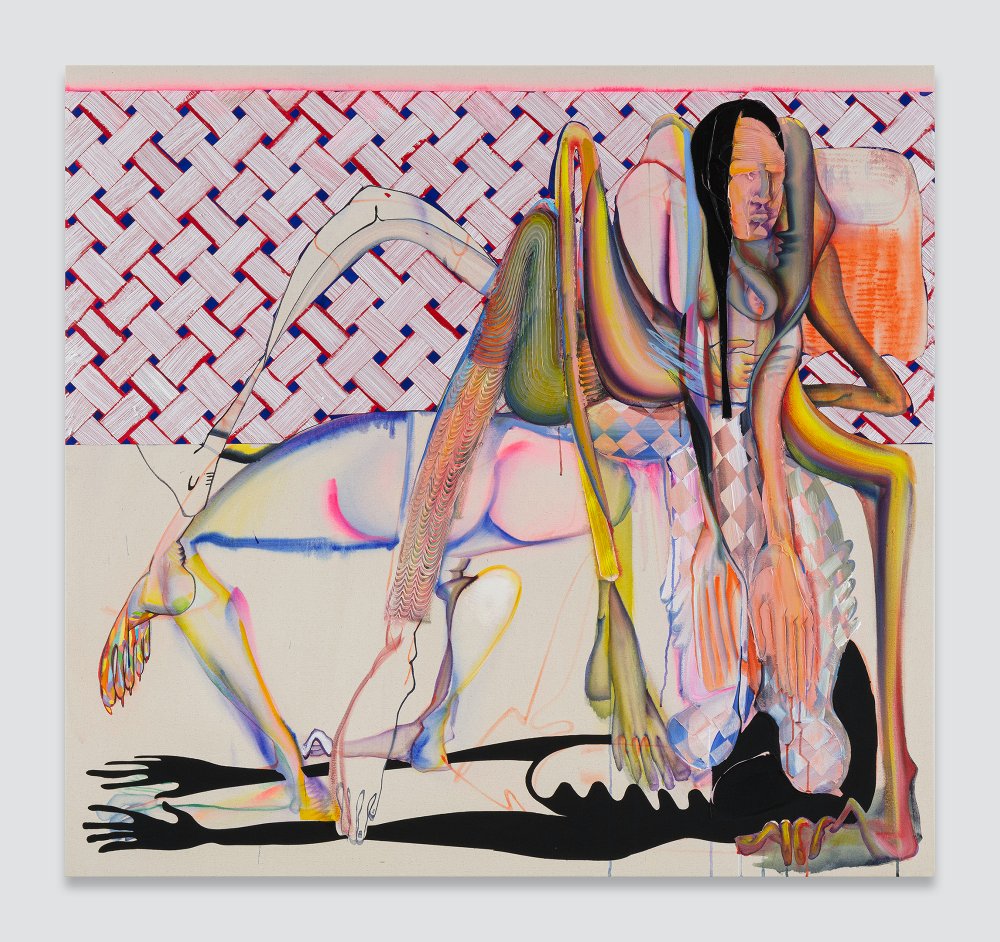 Christina Quarles
All I Need is the Air That I Breathe, 2020 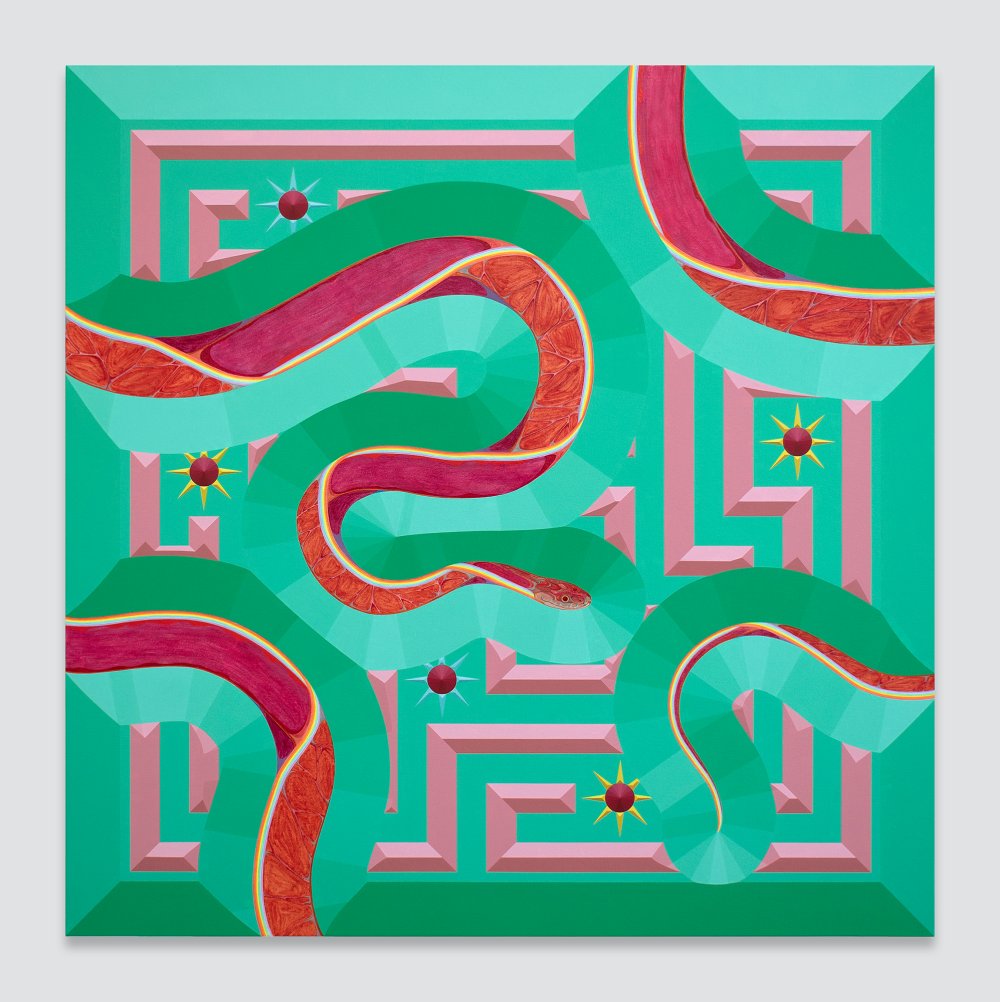 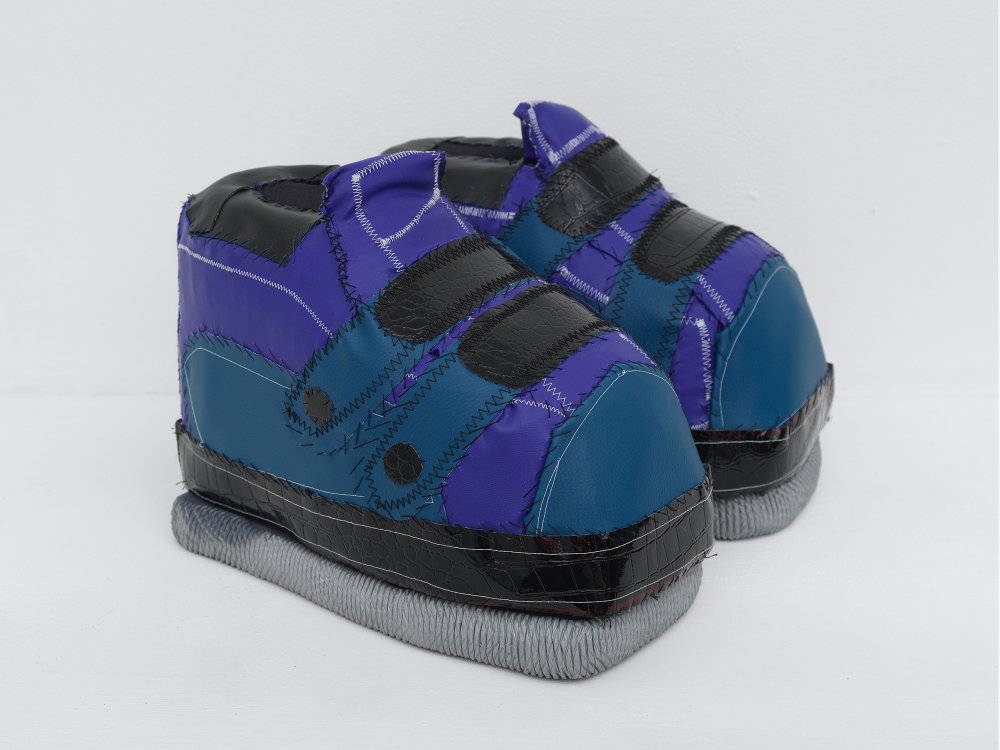 Sascha Braunig
Holding Myself Up, 2020 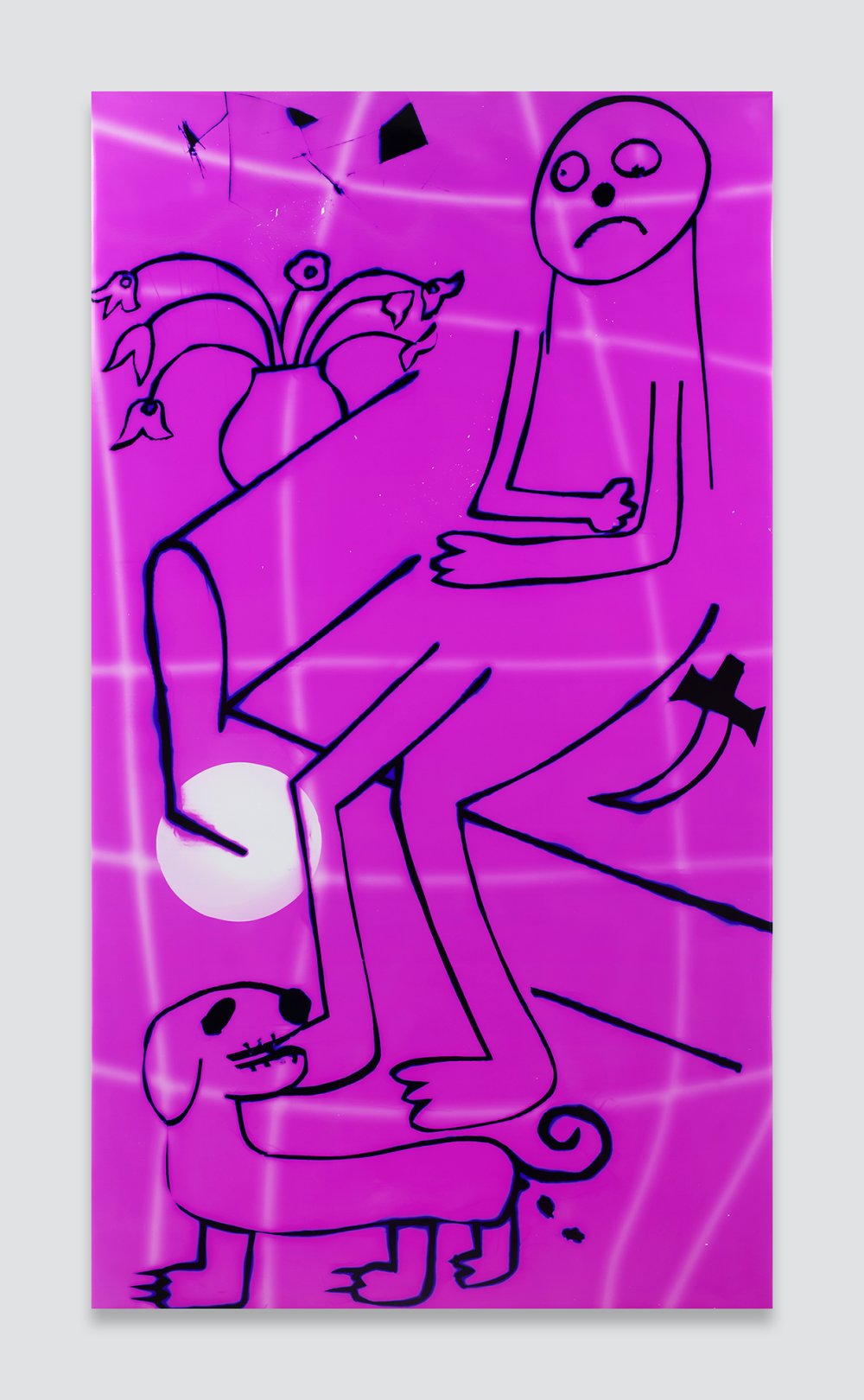 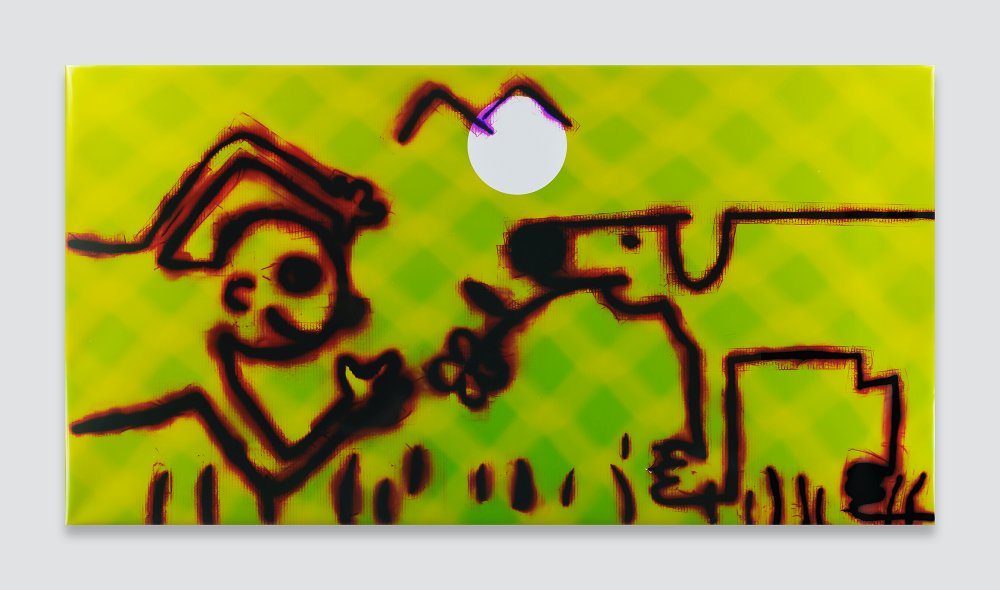 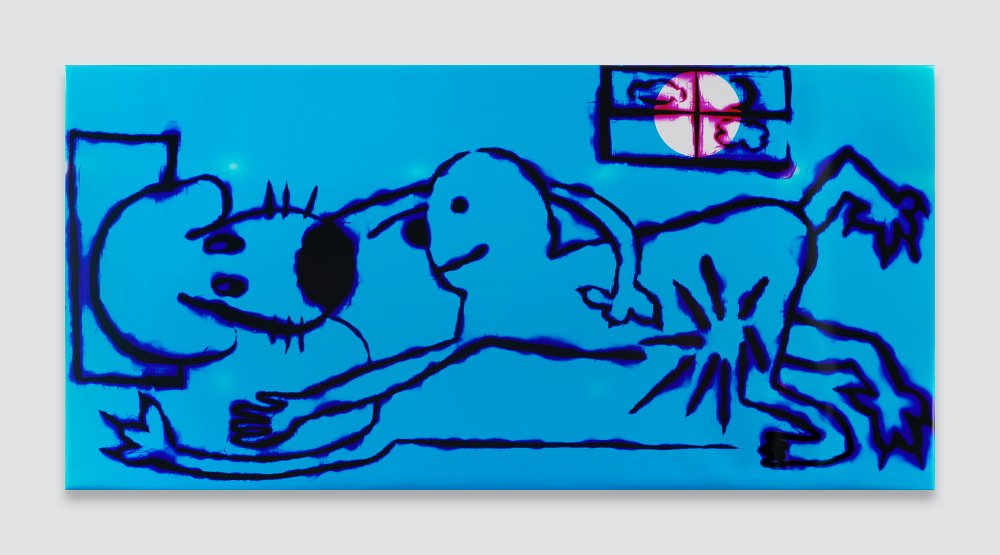 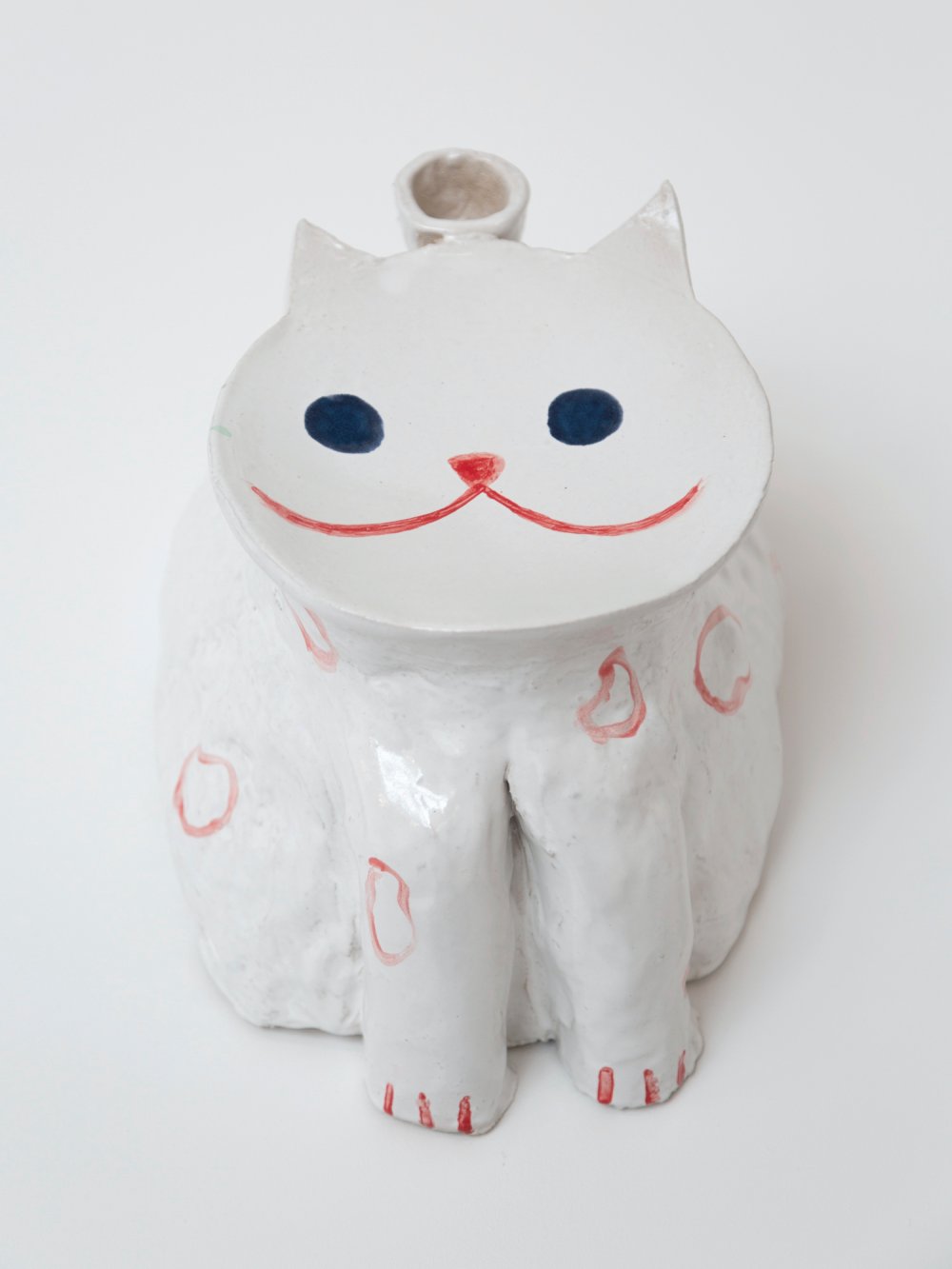 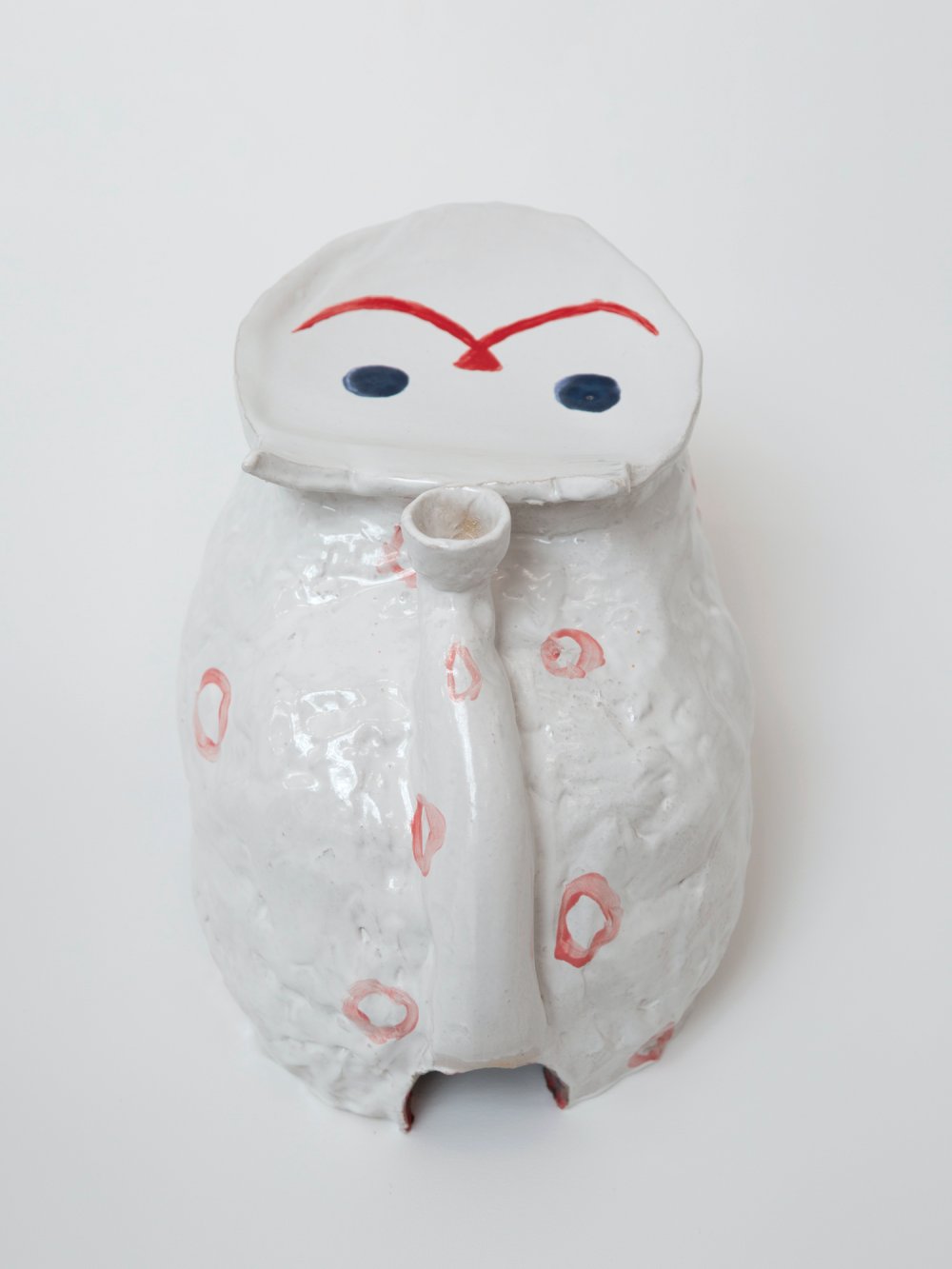 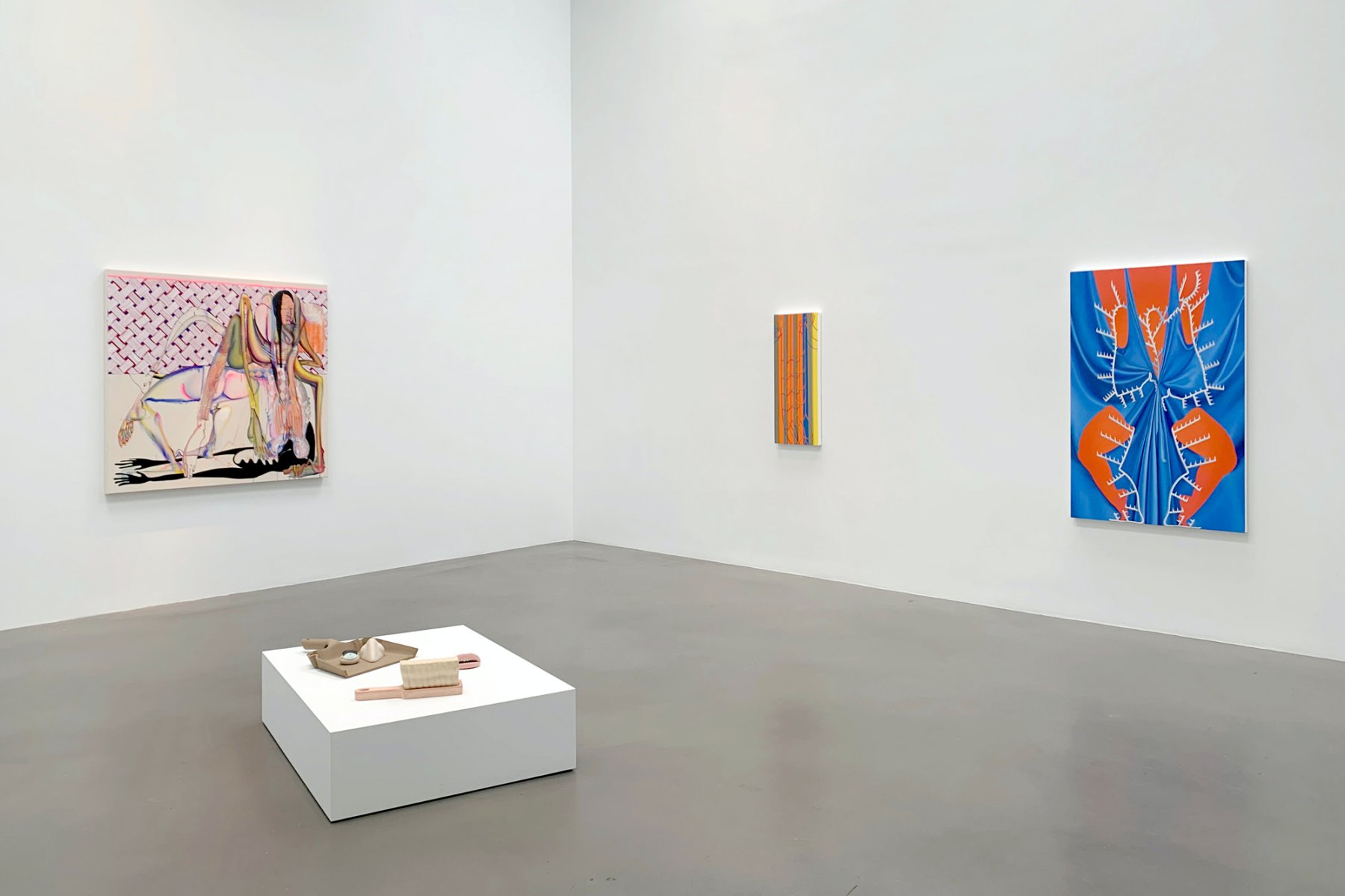 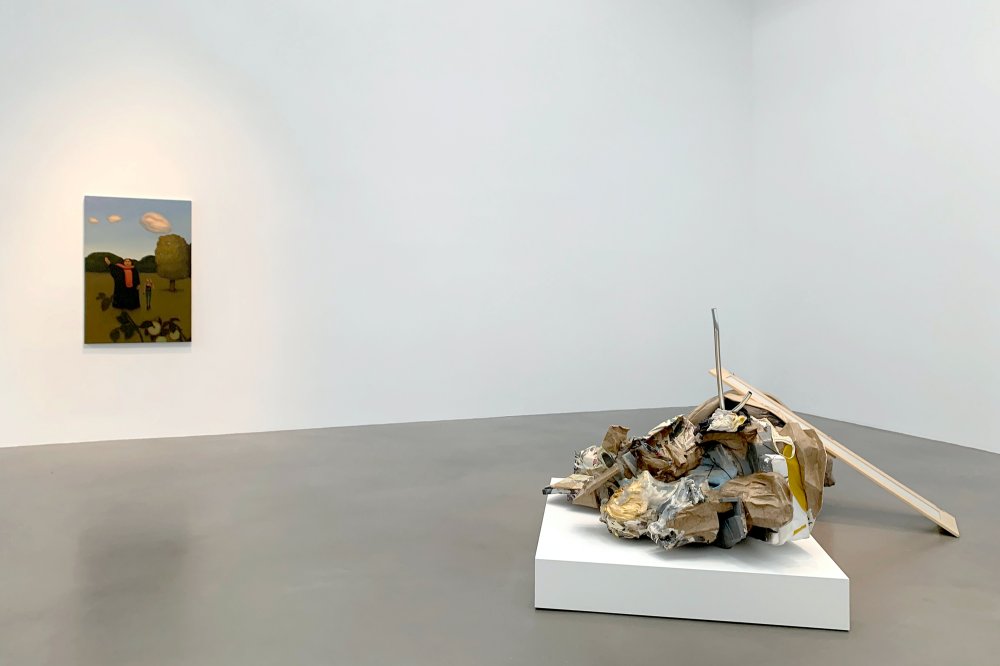 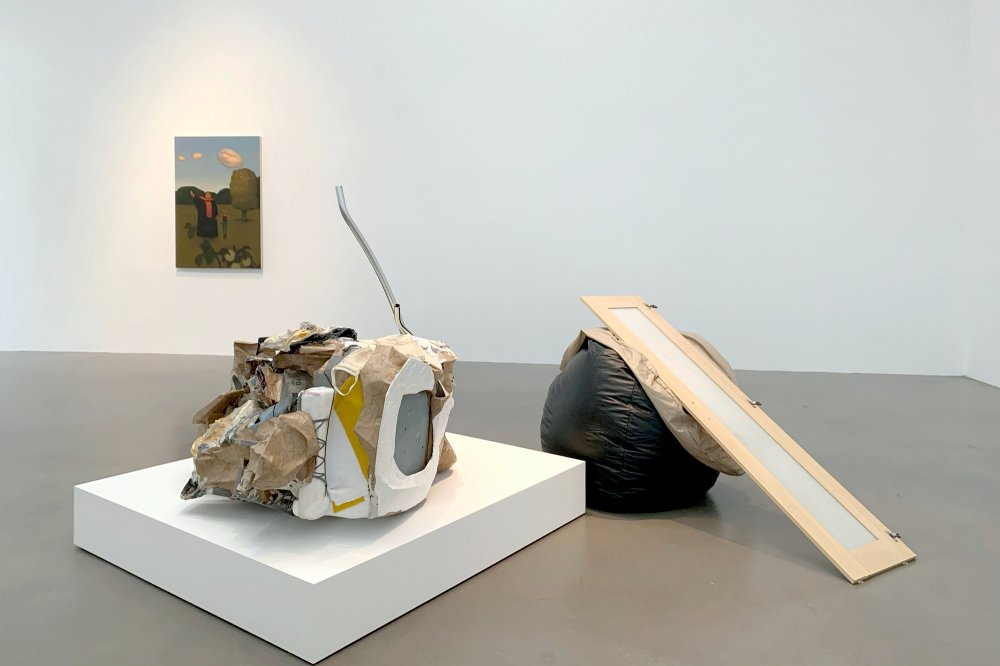 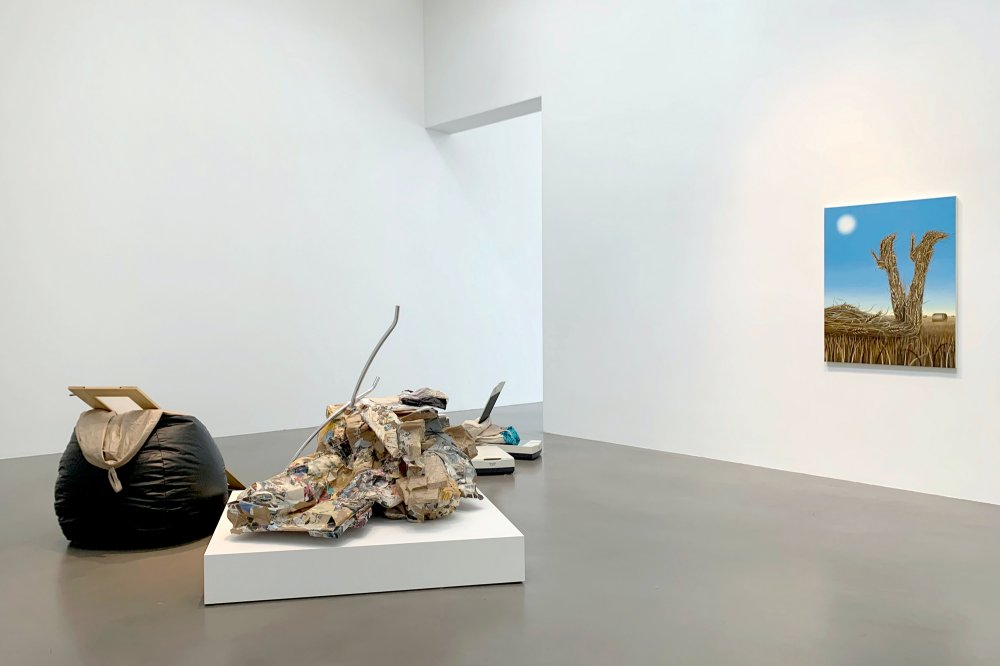 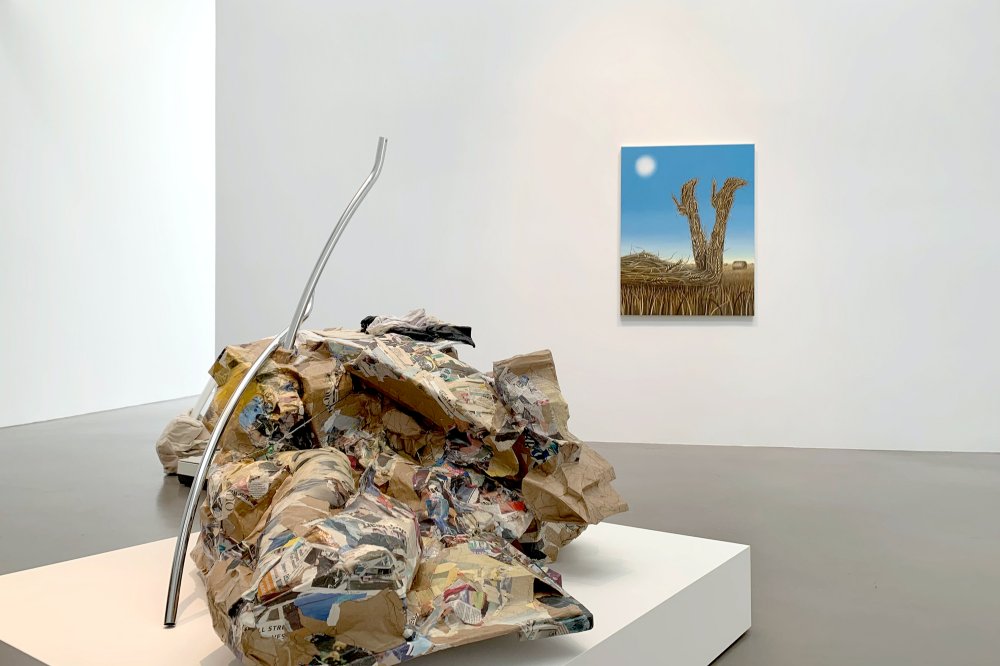 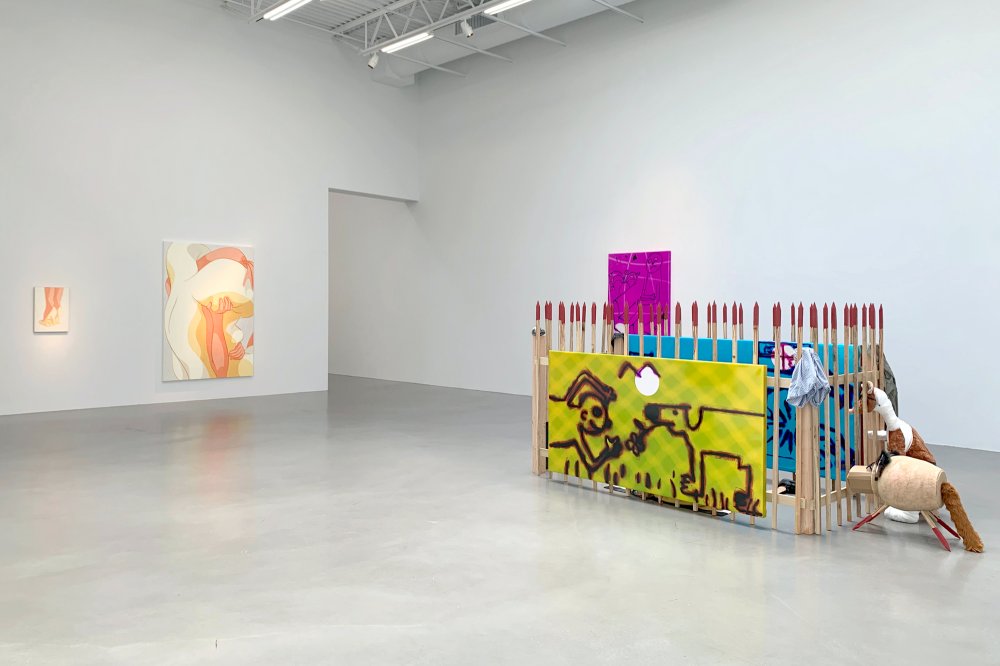 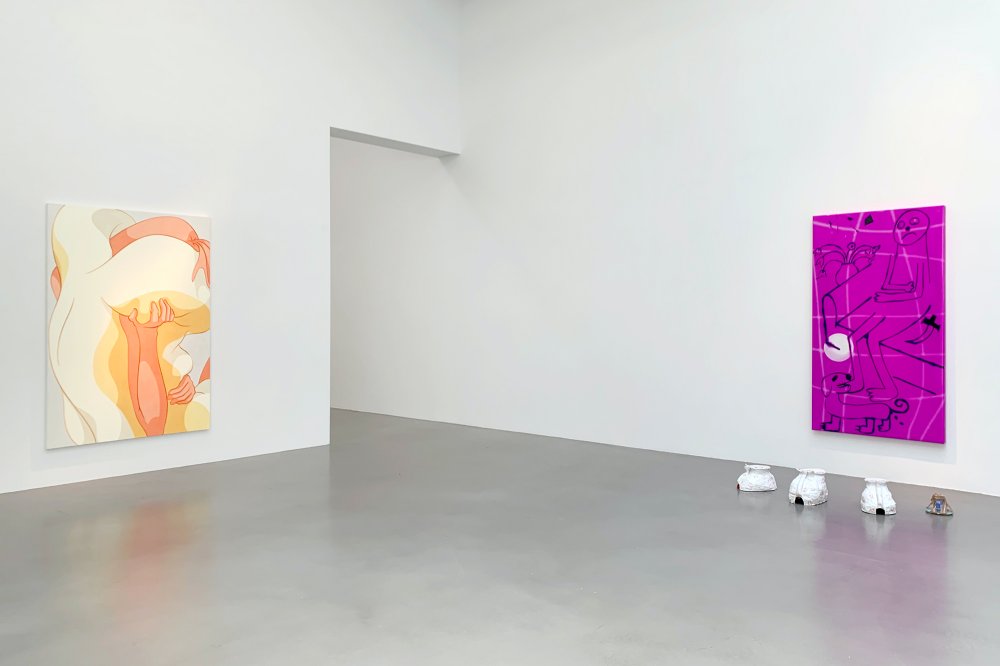 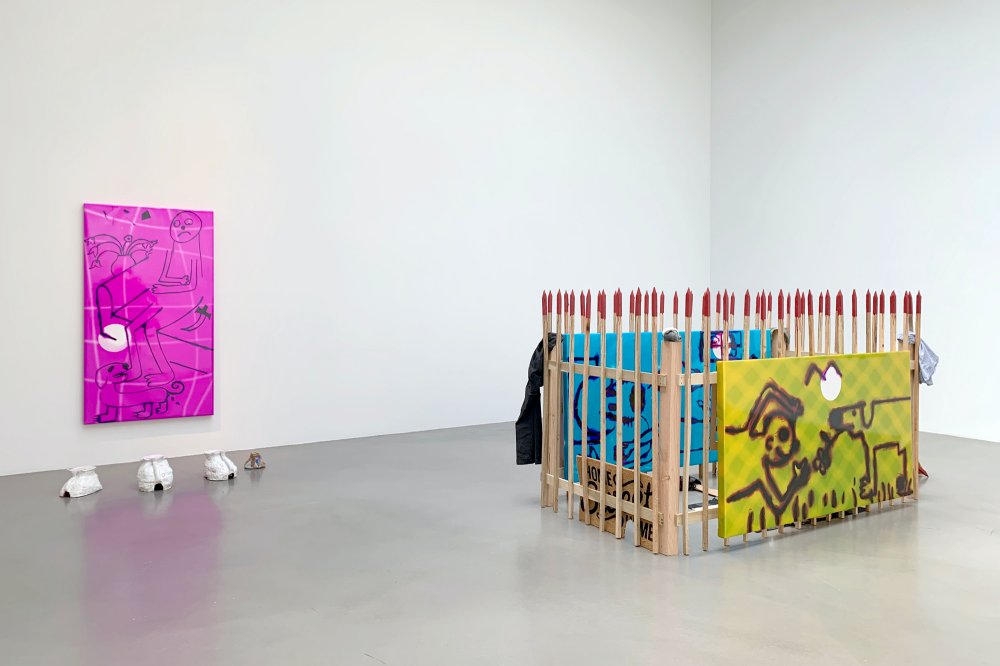 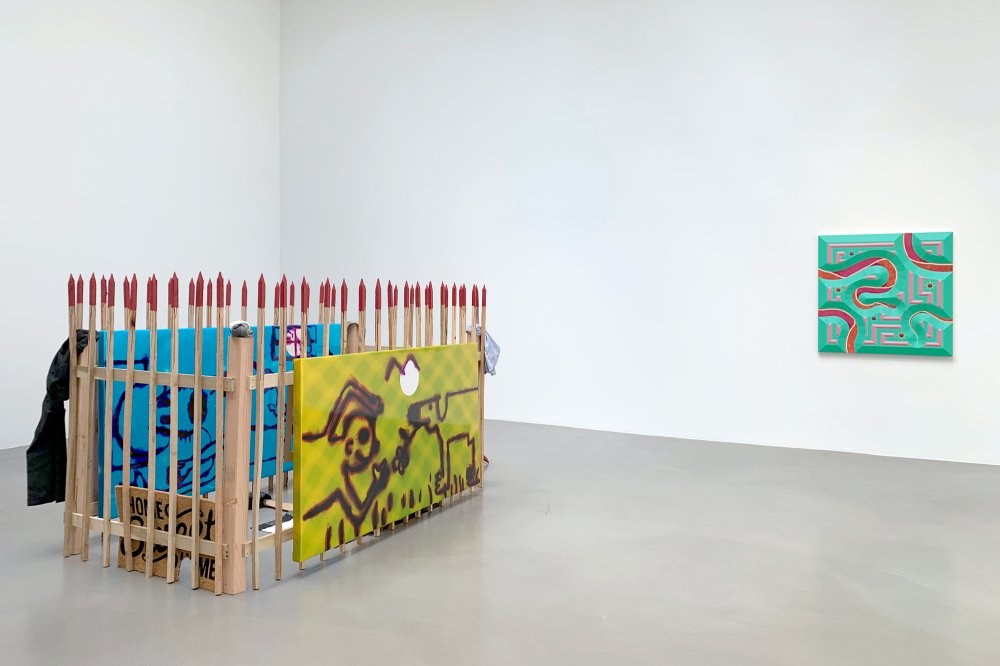 The exhibition’s premise is to take into consideration contemporary visual modes and expressions that trace back to historical movements such as Surrealism, Symbolism and Pop, through the lens of our current uncertain existence. Call it vamped Surrealism and Symbolism. The show ponders how the aesthetic of modern surrealism/symbolism has been dressed up and added upon, sexualized, feminized, and reworked in the 21st Century. How does the state of a bound subconscious affect these artworks? This has become especially prevalent while the world shelters from the coronavirus pandemic and confronts centuries of inequity in a moment of historic unrest and great potential for revolutionary change. Beneath our daily struggle for normalcy bubbles a shared unconscious anxiety, fear, loneliness, despair, and trepidation of the future. In these times, the fabric of society is now both flattened into two dimensions as we socialize through screens – from our Zoom meetings, family check-ins, and “cocktails with friends,” to the daily State and Federal news conferences, Instagram stories, and Tik Tok videos – and yet simultaneously burst open in valiant action both intellectual and physical as we gather, protest, and organize in efforts to reimagine and rebuild a more just world. Our dreams have become more “vivid” and “menacing,” according to The New York Times, and, of course, in fantasy there is room for radical possibility. How might these practices of contemporary Surrealism, Symbolism and Pop, be read and implemented in reaction to the current upheaval? As one of the artists offered – how might these daydreams and nightmares be used as “forms of resistance, or in addressing trauma, enfranchising the masses, and envisioning necessary escape?” The exhibition asks how does each artist’s subjective work – painting, sculpture, installation, and video – explain a world riddled with multiple “objective” truths?

Danica Barboza (b. 1988, New York) is a multimedia artist who elaborates a rich personal mythology through the mediums of sculpture, drawing, writing and assemblage. Her work portrays a mystical marriage between her and a mythologized lover, and in her sculptures’ shifting identities she explores questions around celebrity, psychology, and desire. She had her first institutional solo exhibition at Schinkel Pavillon, Berlin, Germany in 2020, and recent exhibitions with Lomex (New York) and Galerie Buchholz (Cologne).

Genesis Belanger (b. 1978, USA) Belanger’s work is characterized by the treatment of objects as surrogates for the body. Sculpted in porcelain and concrete and tinted in fondant hues, everyday objects take on human features, made uncomfortably familiar as they begin to resemble us. Belanger often creates liminal spaces that both point to society’s progressive, yet stagnant, movement in gender stereotypes and equality as well as critique mass consumerism. She frequently returns to signature motifs, including voluminous lips, a misplaced tongue, manicured nails, or abandoned symbols of desire — half-eaten fruit and flowers that are eerily overgrown with misplaced limbs. Belanger’s still life sculptures are increasingly contextualized by their surroundings, psychologically charged spaces created by the artist. The effect is uncanny, toeing the line between comfort and disquiet, the beautiful and the strange. In 2020, the Aldrich Contemporary Art Museum, in Ridgefield, Connecticut, will present her first solo exhibition at a major US museum. In 2021, Belanger will be the subject of a solo exhibition at the Consortium Museum in Dijon, France.

Sascha Braunig (b. 1983, Qualicum Beach, BC) is a painter who creates nontraditional portraits and still lifes. Even as Braunig reduces bodies to witch-like cut-outs, barbed skeletons, or wireforms lit with an internal neon glow, she finds a possibility for expressing freedom and tensile strength through these humanoid scaffolds. In 2016 Braunig had a solo exhibition at MoMA PS1, and her work was featured in the 2015 New Museum Triennial. She holds a BFA from The Cooper Union and an MFA in painting from Yale University. Braunig was awarded a studio residency from the Sharpe-Walentas Studio Program in 2016 – 2017, a Pollock-Krasner Foundation award in 2016, and a Macdowell Colony Fellowship in 2013.

Florencia Escudero (b. 1987, Singapore) is a multimedia artist recognized for her soft sculptures that use fabric printed with digitally rendered images. Her work aims to flip the narrative of the objectification of the female body. Escudero received her MFA from the Yale University School of Art and her BFA from the School of Visual Arts. Her works have been shown at the Instituto Cervantes, New York and the Pratt Institute, New York.

Hadi Fallahpisheh (b. 1987, Tehran) is a multimedia artist that specializes in photography, performance and installation. Often commenting on conditions of displacement, his work questions the ability of representation to convey truths, revealing the gaps between public perception and personal experience. Fallahpisheh received the Artadia Award in 2019, and his work was included in 2020 in the group exhibition “In Practice: Total Disbelief” at the Sculpture Center.

Anna Glantz (b. 1989, Concord, MA) creates paintings that consider the poetic connections between personal, invented, and historical imagery set within psychological landscapes. She received a BA in Art and Linguistics from the University of California, Los Angeles and an MFA in Visual Art from Columbia University. In 2020 she will have her first UK solo exhibition at The Approach in London.

Ivy Haldeman (b. 1985, Aurora, CO; lives and works in New York) is recognized for her nuanced, and disarmingly languorous, renderings of anthropomorphized sausages swathed in pillowy buns, pantomime hand gestures, slapstick unions of heels and banana peels, and women’s suits depleted of bodies – illuminating relations between consumerism and desire while both allegorizing and eroticizing slippages among the unequal distributions of finance and femininity. Her work has been the subject of recent solo exhibitions at Downs & Ross, New York, and Capsule, Shanghai. The artist received her BFA from the Cooper Union in 2008.

Christina Quarles (b. 1985, Chicago, IL) paints abstracted figures that are subject to identity politics. Her gestural, distorted human forms explore the ways in which race, gender, and sexuality intersect to form complex identities. She will have a solo exhibition at Museum of Contemporary Art, Chicago in 2021, and her work was included in the group exhibitions “Made in LA” at the Hammer Museum; “Fictions” at the Studio Museum in Harlem; and “Trigger: Gender as a Tool and a Weapon” at the New Museum.

Emily Mae Smith (b. 1979, Austin, TX) is an artist whose subject matter plows the Surrealist genre with Feminist psychology. She layers her paintings with popular and underrepresented Art Historical references, often marrying them with pop culture motifs. Smith has had solo exhibitions at Le Consortium, Dijon and the Wadsworth Atheneum Museum of Art, Hartford, Connecticut.

Greg Parma Smith (b. 1983, Cambridge, MA) creates visionary paintings that combine mystical symbology with a personal and experimental painterly language that draws upon and synthesizes languages from the Renaissance, medieval illustration, as well as modernisms from Miro to Jasper Johns. Martha Schwendener explained: “His ultimate tactic seems to be to show how painting can accommodate multiple ideas and worldviews, rather than what art’s gatekeepers allow at a given moment.” Smith’s work was presented in a solo exhibition at Musée d’art moderne et contemporain, Genève in 2017 and was included in a two-person exhibition at the Contemporary Art Museum, St. Louis in 2010.

Courtesy of the artists and Petzel, New York