A Body of Work

A Body of Work 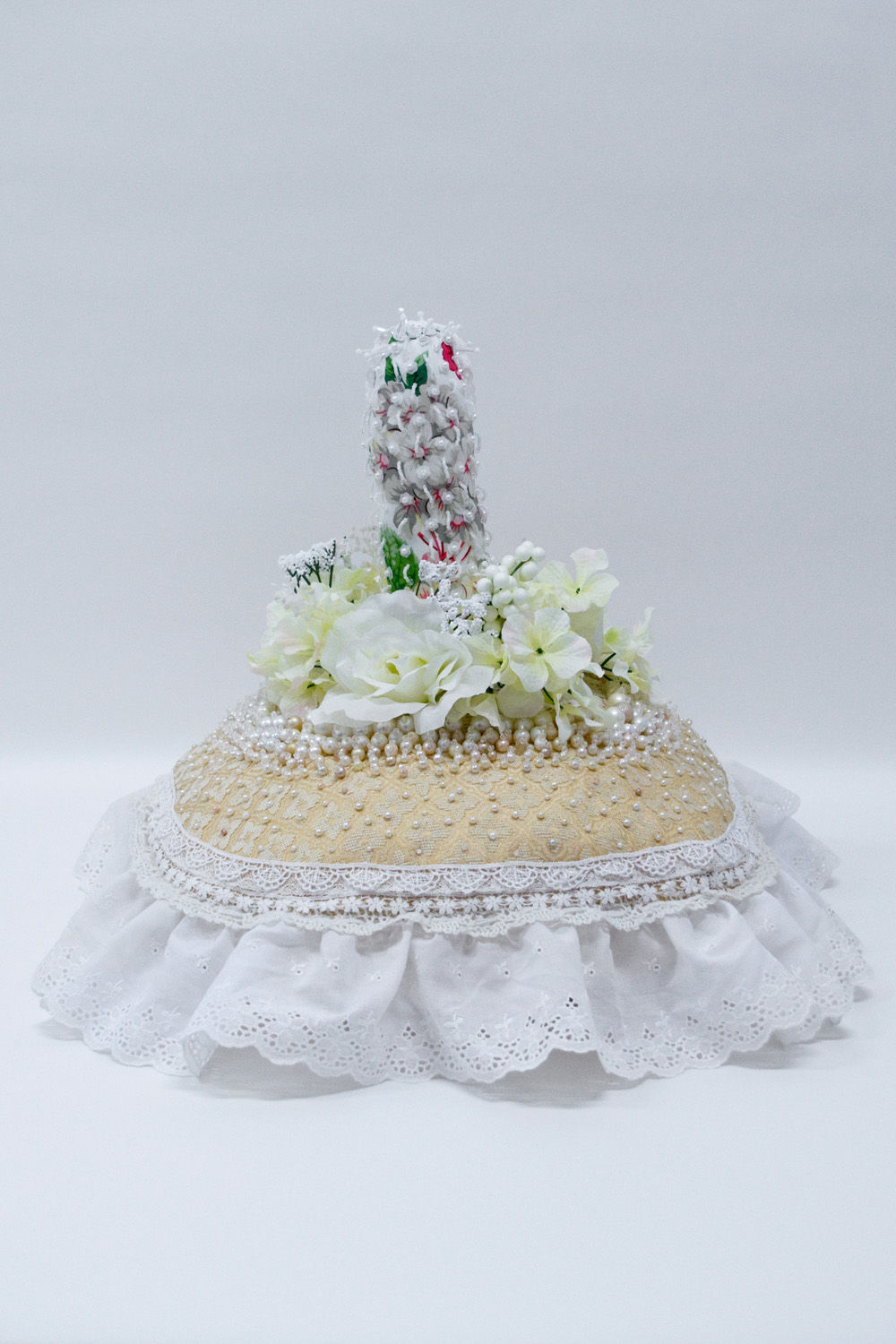 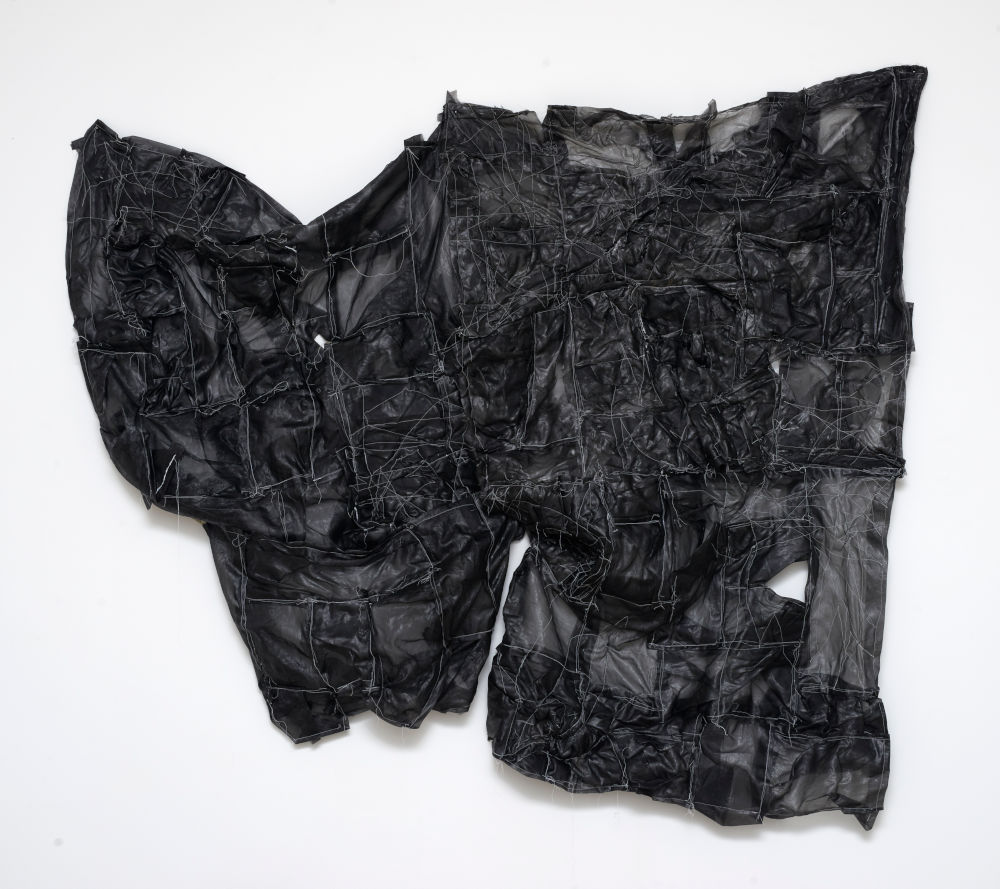 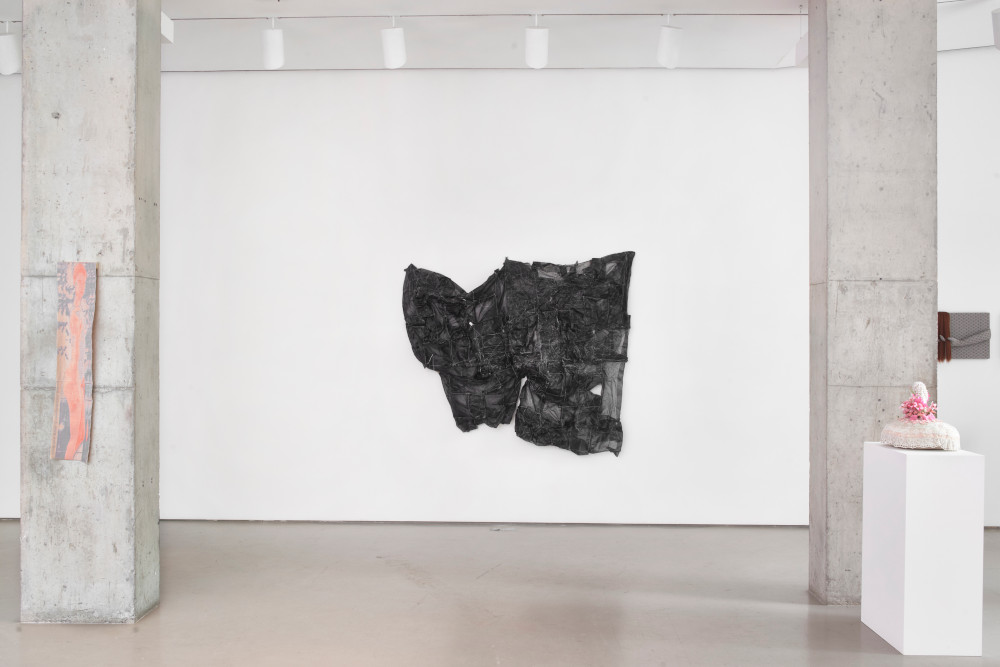 With a focus on textile manipulation, transformation and reconstruction, the artists in this exhibition implicate the body in various ways, exploring memory, domesticity, identity, and temporality.

Born in Minas Gerais, Brazil, Júlia Brandão works primarily in textile, installation and performance. Her multidisciplinary practice questions the body in relation to displacement and memory. Brandão’s textile collages, which could be considered paintings, are often re-constructed from performances where the artist cuts and rips her clothes off her own body, shedding the various societal pressures placed on it in the process. In this way, Brandão’s artworks also function as fragmented archives of her performances.

Max Colby’s work in textile, embroidery and painting is delicate and maximalist. Colby’s practice is concerned with reframing conversations on domesticity, power, and gender through a queer lens. Constructed with extreme precision, Colby’s small sculptures are a result of an obsessive practice of material sourcing and reconstruction using domestic techniques. Their forms are often drawn from Christian ceremonial objects in an effort to question their significance and propose a queer alternative. At the fore of Colby’s process is exploring the ability of textiles and various materials to mask and subvert violent, patriarchal structures, transforming them into easily digested objects.

Margaux Crump’s interdisciplinary practice is interested in breaching binaries and exploring the slippery relationship between power and the body—specifically how it manifests in language, taxonomy, and intimacy. Crump’s process is concerned with notions of consumption. Her Blushing Bruising series thinks about the body, specifically its skin, as a marker of a moment in time. Composed of salt crystals and makeup, which both creates color and conceals it, the series on view is based on photographs of the artist’s skin when it blushed or bruised, serving as studies of different phases of time, captured on, and by, the body.

Anneli Goeller’s practice defines queer narratives within the digital realm in an attempt to determine the point at which the boundaries between the virtual and the corporeal collapse. They believe that digital simulations of the self hold the potential to expand identity and individuality via data ownership. The two weaved works in this exhibition straddle both the physical and the digital realms asking, what does it mean to translate consciousness into digital simulation? And what does it mean to then distill that digital consciousness into computerized cloth? This work seeks to capture the transformation from physical to digital and back to physical again, creating an immersive mixed reality.

Juan Neira’s practice is interested in the contradictory relationship between feeling the overwhelming weight of emotional duress, while simultaneously feeling emptiness. How can one experience both heaviness and emptiness at the same time? In response to this query, Neira creates monochromatic forms that serve as artifacts of the concealed. The works on view are constructed from clothes and fabrics, which the artist hardens using various concrete finishers, forcing their threads to bond into a single dense body, in a process that mimics the concept of weaving. Opulent and tragic, they serve as monuments that commemorate what we cannot express with words.

Ryan Wilde’s artistic practice stems from her career as an internationally recognized hat designer. In 2016, and following an interest in feminist soft sculpture, Wilde expanded her practice and began utilizing the millinery process to create art objects that open up discussions on gender and sexuality, while liberating them from the burden of functionality. Using various materials that evoke tactility, such as felt, Wilde’s sculptures seduce the viewer into wanting to touch them, making one question their innate desire and attraction to objects whose forms evoke corporeality.

Shehab Awad is a curator and writer from Cairo currently based in New York City. Recent projects include Publishing Process (2018), Institute of Arab and Islamic Art, NY; Artists on Art (2018) in collaboration with Olana Historic Site, NY; Hiding in Plain Sight (2018) at Art Helix, SUArt Galleries, Community Folk Art Center, and Point of Contact Gallery, NY; and A Tardigrade’s Dream (2016) in collaboration with Nile Sunset Annex at La Loge, BXL and Beirut Art Center, BEY. His writing appears in Madamasr, The Brooklyn Rail, and ArtAsiaPacific. He was Assistant Curator at Townhouse, Cairo from 2013-15 and is currently Curatorial and Development Manager at PARTICIPANT INC, NY, and Archivist at David Reed Studio. He holds an MA from the Center for Curatorial Studies, Bard College.

Courtesy of the artists and Jane Lombard Gallery, New York