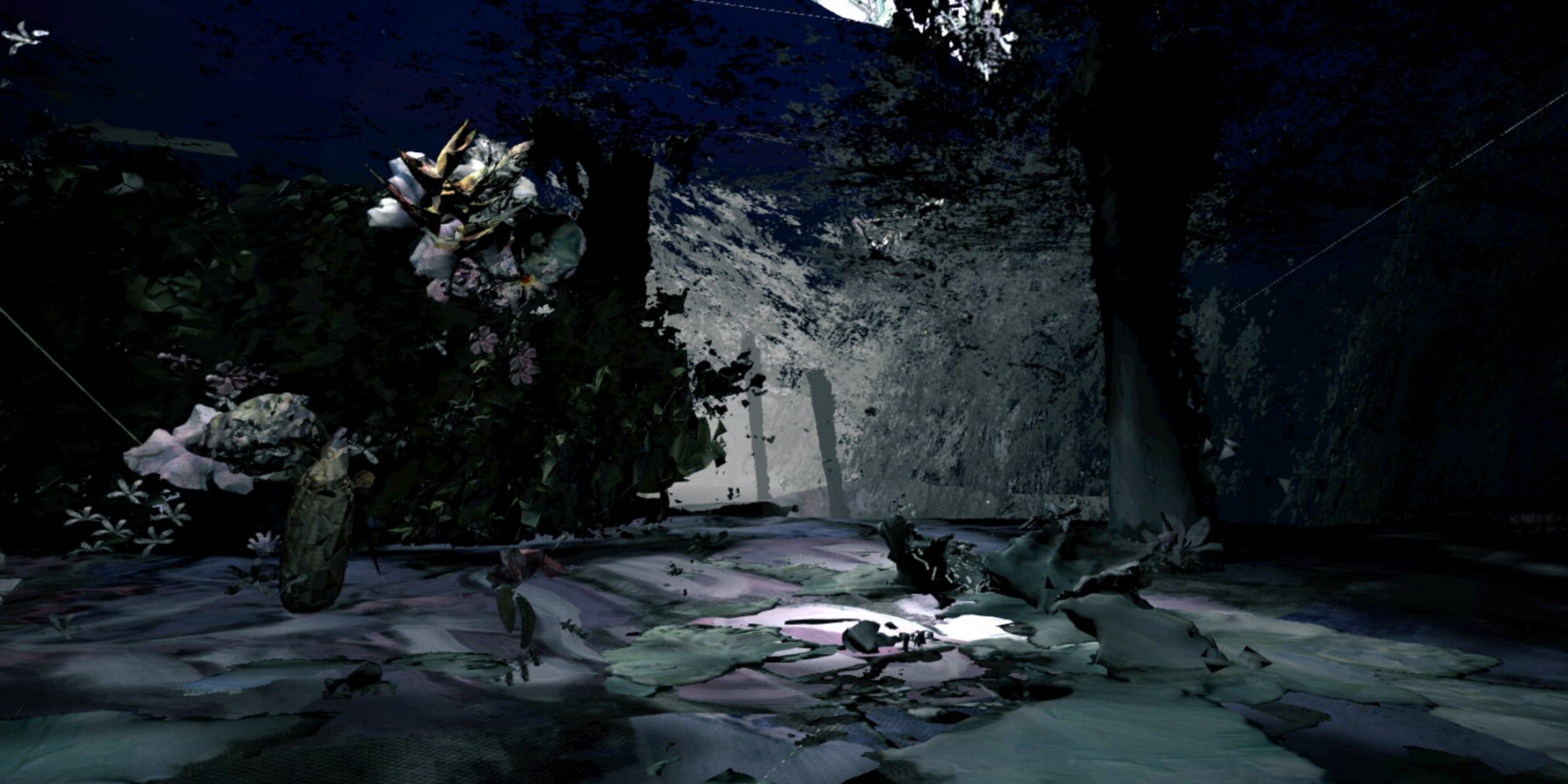 Set within a moonlit forest, the virtual reality work Of Hybrids and Strings creates connections to plants and creatures through a series of interactive threads. A flower-like spectral form appears merged by connected strings held in the viewer’s flowered hands. This hybrid flower creature mirrors the viewer’s every move creating a symbiotic dance. Throughout the experience, more strings appear, braiding and pulling on a rapidly crystallizing VR space. Slowly, and while remaining tethered to its floral counterpart, the viewer is enveloped by Moffatt’s surreal environment, overtaken by a series of fractals. Of Hybrids and Strings simultaneously entangles and deconstructs a new way of being across the natural and digital world.

Of Hybrids and Strings was commissioned and produced by Fabbula.

Lauren Moffatt, Of Hybrids and Strings, 2022. Interactive VR experience. Courtesy of the artist