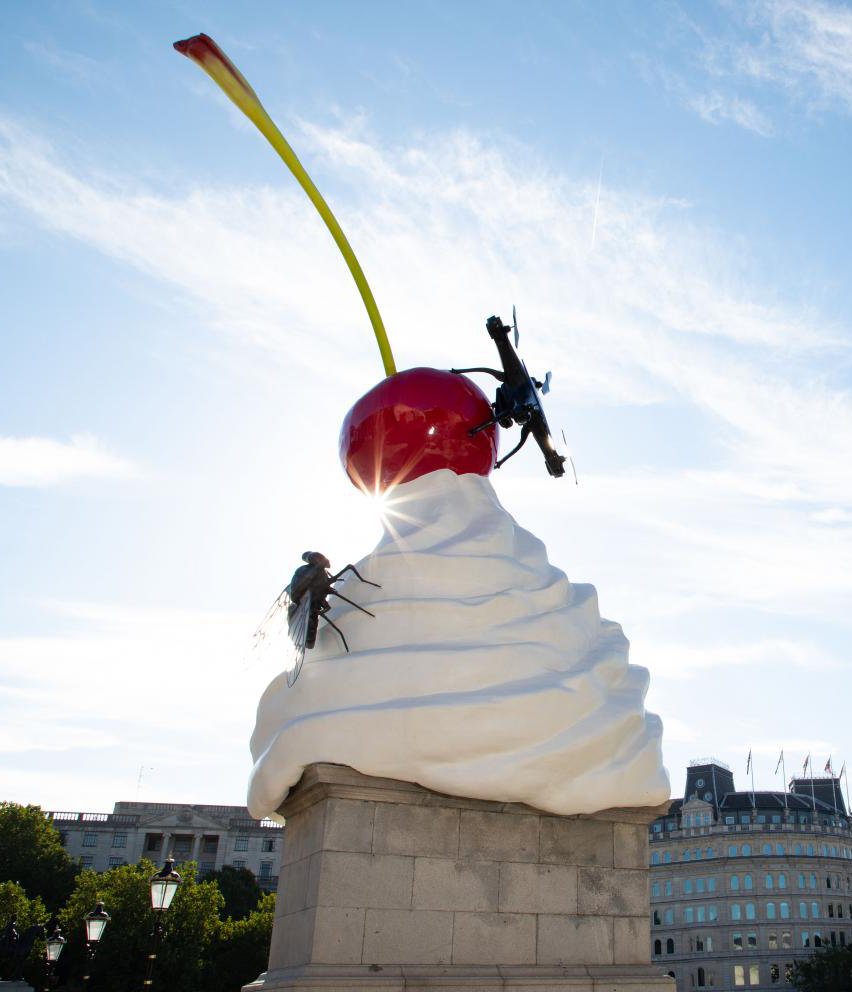 Two designs, which will go on display in 2022 and 2024 respectively, will be chosen by the Fourth Plinth Commissioning Group in late June. The six shortlisted proposals are GONOGO by Goshka Macuga, a giant rocket which encourages people to look beyond their immediate surroundings and up to outer space; Improntas (Imprint) by Teresa Margolles, which features casts of the faces of 850 trans people; On Hunger and Farming in the Skies of the Past 1957-1966 by Ibrahim Mahama, a grain silo like those used by Eastern European architects in Ghana in the early 1960s; Bumpman for Trafalgar Square by Paloma Varga Weisz, a figure inspired by the German Wundergestalt tradition and the spirit of German folklore; The Jewellery Tree by Nicole Eisenman, which features the household objects mixed with British military memorabilia; and Antelope by Samson Kambalu, which restages a 1914 photograph of Baptist preacher John Chilembwe and European missionary John Chorley.

The current artwork - Heather Phillipson’s sculpture THE END - will be on display until September 2022.