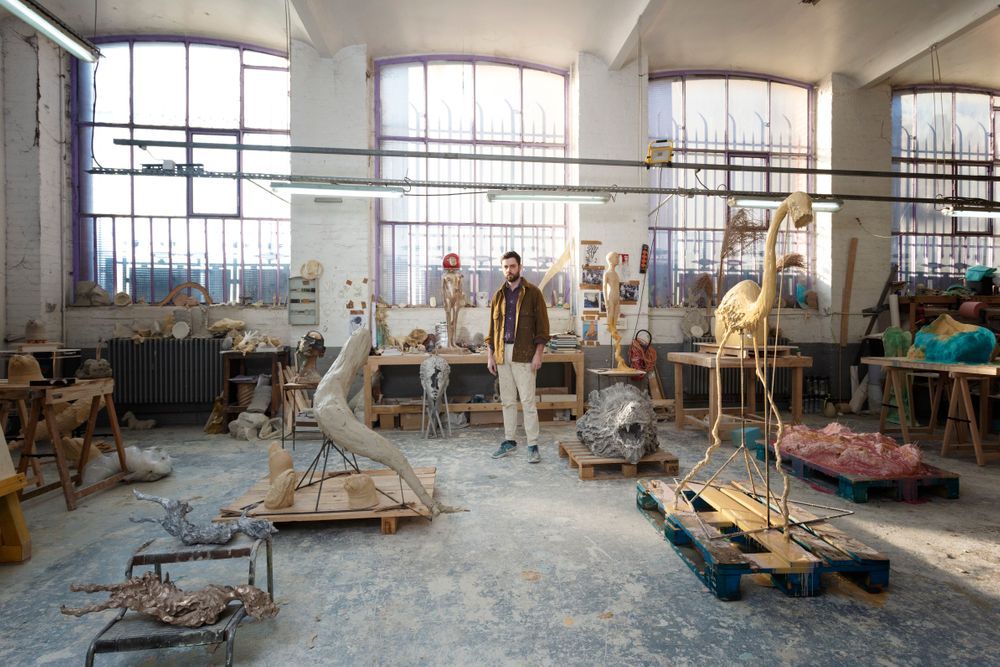 Perrotin announces its co-representation of the French artist Jean-Marie Appriou.

A new sculpture by Appriou will be presented at the gallery’s Art Paris booth in April 2022, and a special presentation of a new series of works will be featured at Art Basel in June 2022. Appriou’s first solo exhibition with the gallery will take place in Shanghai in November 2022.

From archaic ages to futuristic civilizations, between dinosaurs and child astronauts, Appriou produces visions on the edge of psychedelia, mixing pop culture and mythologies from Greek and Egyptian antiquity to science fiction. His sculpture combines the allegorical and the sensual, leaving his fingerprints visible on the material. He weaves a paradoxical narrative that unites the past and the future, the ideal and the perceptible, in a series of hallucinatory ecstasies.

Appriou’s work has been exhibited at the Fondation Louis Vuitton, Paris; the Palais de Tokyo, Paris; the Fondation Lafayette Anticipations, Paris; the Fondation Vincent van Gogh, Arles; the Abattoirs museum, Toulouse; the Musée d'Art Moderne de la Ville de Paris; the Consortium Museum, Dijon; and the Biennale de Lyon. He was invited by the Public Art Fund to present a group of sculptures at the Doris C. Freedman Plaza at the southeast entrance to Central Park in New York, at the Château de Versailles and at the Vienna Biennale. His works have been the subject of solo gallery exhibitions at Jan Kaps, Cologne; Galerie Eva Presenhuber, Zurich and New York; Kaikai Kiki Gallery, Tokyo; and C L E A R I N G, New York and Brussels.