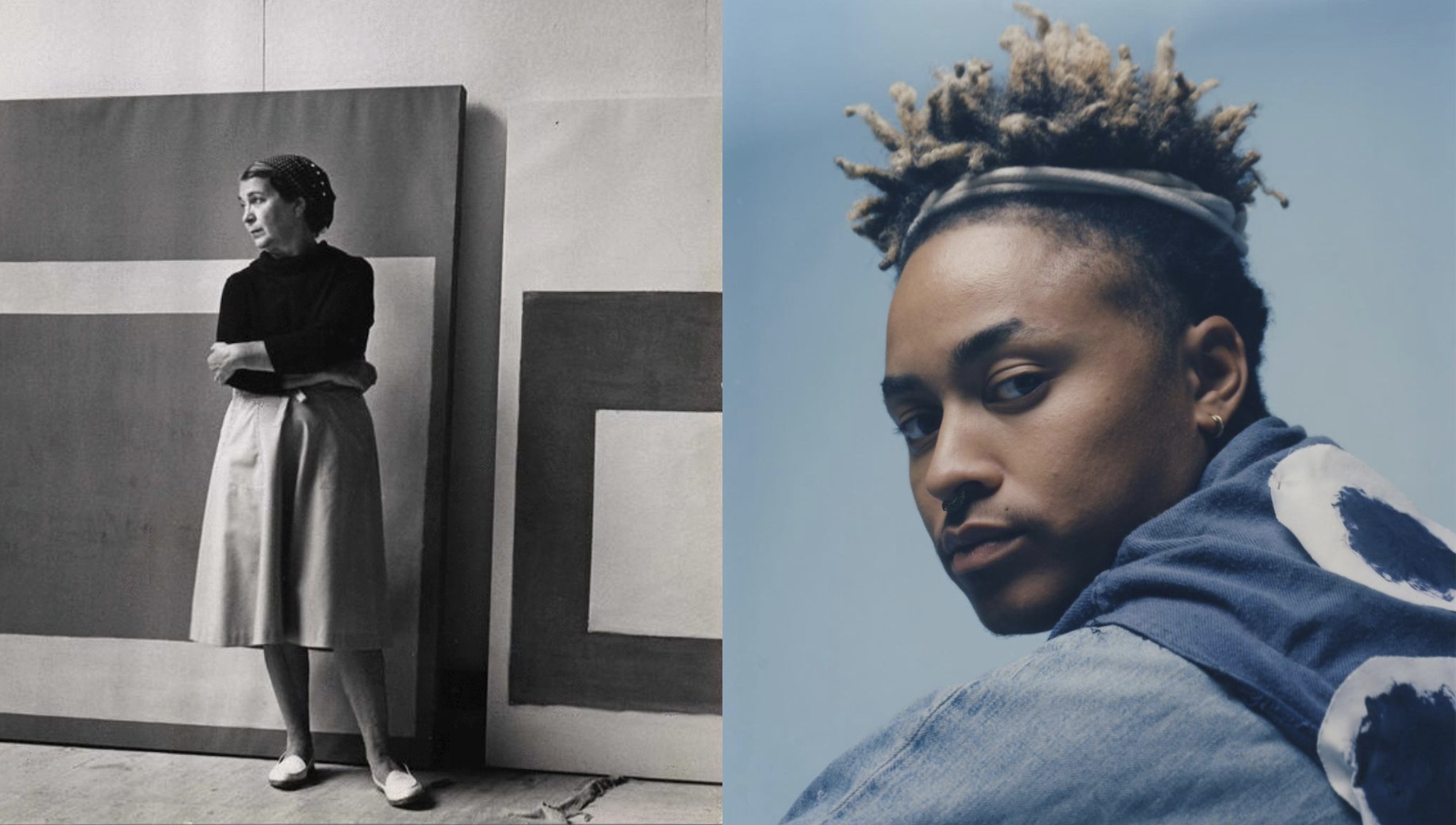 Perle Fine’s fifty-year career was led by her aesthetic confidence which enabled her to step beyond the mainstream and establish herself among male counterparts, despite the macho 1940s New York art scene. Fine socialised with key members of the New York School and European painters including Willem de Kooning, Jackson Pollock, Mark Rothko, and Ad Reinhardt to Piet Mondrian. Gazelli Art House is the first to represent the artist in the UK.
⁠
Khaleb Brooks is an interdisciplinary artist, researcher and writer exploring blackness, transness and collective memory. Meshing the black queer figure with surreal environments in paintings, using printmaking to question the politics of desire and entering transcendental states in performance they force their audience to confront the literal and social death of black people globally.⁠ Over the last year Khaleb has been an artist in residence at the Tate Modern, where they used the museum’s collection to lead weekly workshops and create work around the Trans Atlantic slave trade.⁠