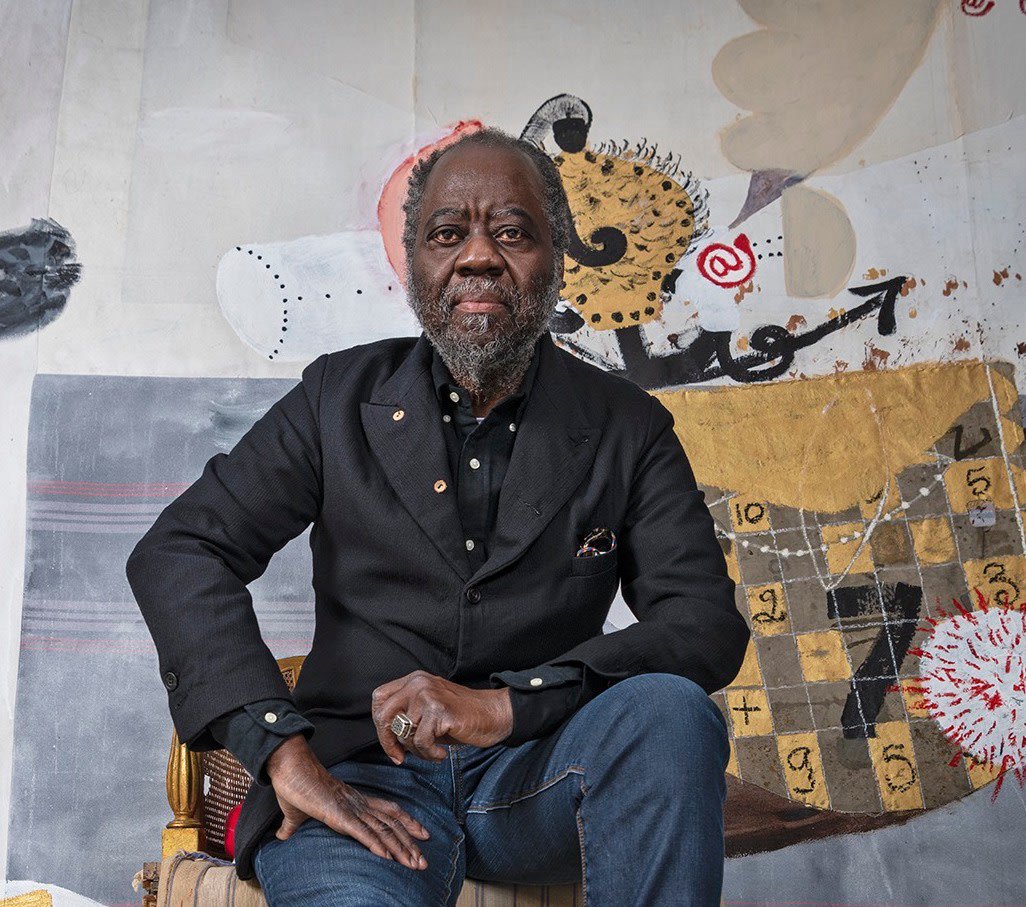 In his works, Ouattara Watts summons imaginary worlds and mystical visions, from ancestral to contemporary, to observe the metaphysical relationship between creatures. Vibrant colors, mysterious figures, and allusions to spiritual rites in the form of equations and cryptic symbols are apparent, and the interrelationship of these elements creates a dimension unique to Watts. His source material is colorful and varied, from traditional fabrics and paint to cut-out photographs and digital prints. The added layers forge a sense of his multicultural identity and reflect upon an increasingly multicultural society. Regardless of the origin of these elements, the discernable spiritual power of his works conveys another world that is both instantaneous and timeless.

Born in the Ivory Coast in 1957, Watts lives and works in New York and considers himself an American artist. He was persuaded to move to the city in the late '80s by Jean-Michel Basquiat, after meeting the artist at an opening in Paris. Lifelong friends, a thematic similarity is evident in their art, both of which highlight African culture, philosophy, and spirituality.

Ouattara Watts is represented by Karma and Almine Rech.