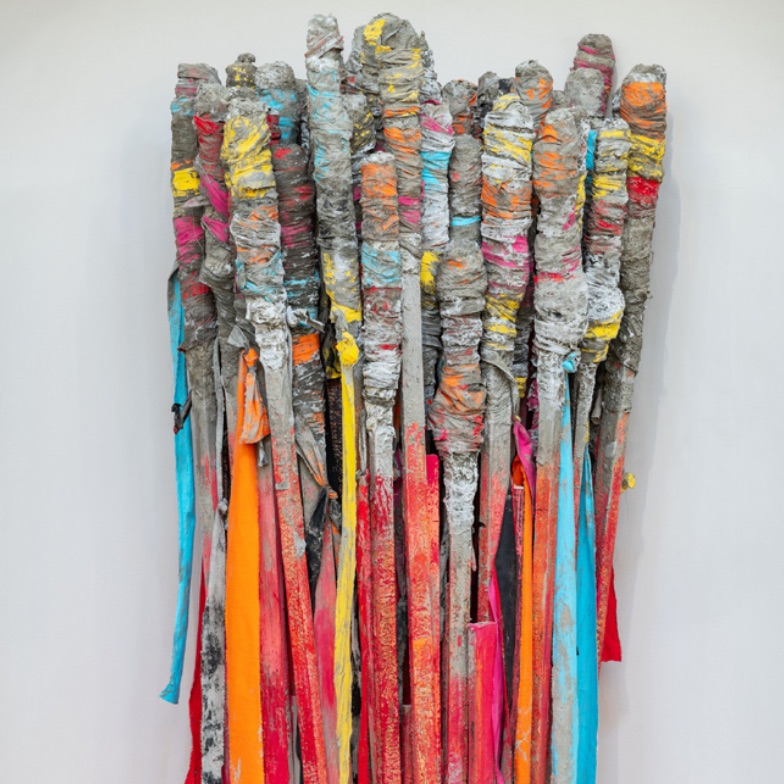 The new large-scale sculpture, titled “Act” and on view in the cemetery in July and August 2021, will be over five metres tall, five metres deep and seven metres wide. Barlow describes it as a stage, that will include a “tower of fabric wrapped poles”. The work responds to the grand setting of the famous cemetery, and the Victorian obsession with honouring the dead.

Highgate Cemetery in North London is one of the capital’s most impressive and includes the graves of many notable people, including George Eliot, Karl Marx, Christina Rossetti, George Michael, Lucien Freud and Patrick Caulfield.