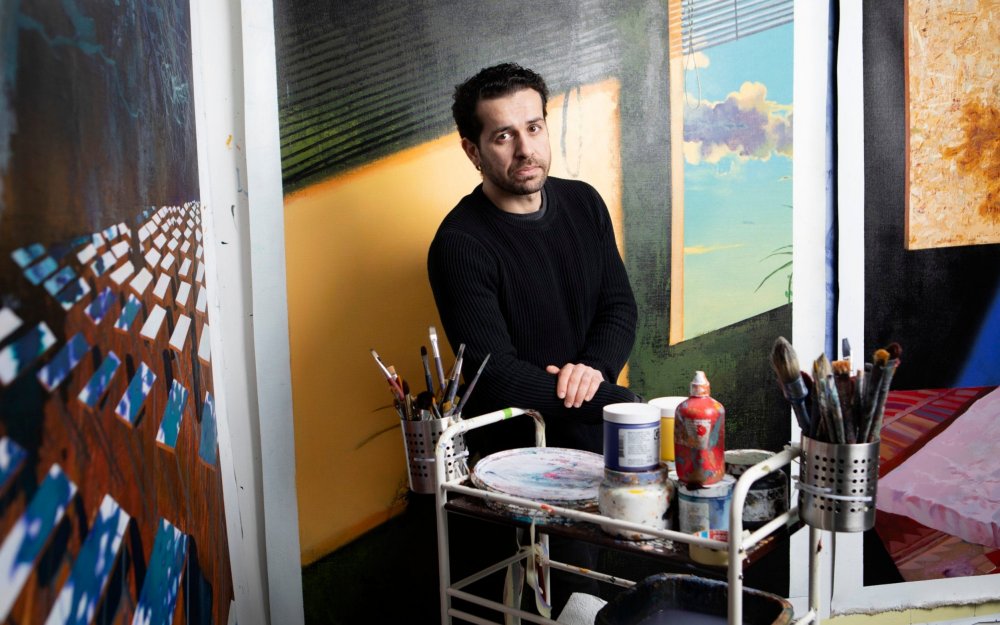 Mohammed Sami approaches painting as an allegorical representation against the striking image of conflict and violence. His paintings explore belated memories triggered by common everyday objects and banal, from when he immigrated to Sweden as a refugee from his native Iraq. Rather than using the theme of trauma as a testimony to the Iraq conflict, which he witnessed first-hand, Sami deploys painting to articulate war and memory, and loss obliquely. The semi-abstract register and multi-textured paint create a nuanced relationship between the original event and its present recollection in Sami’s artworks. These often appear playful, yet traditional genres such as the still-life, internal-external spaces and landscapes acquire a strange twist, muted, and turn into uncanny illusions.

Sami was born in Baghdad, Iraq, 1984. He studied drawing and painting at The Institute of Fine Arts, Baghdad, Iraq 2005. He immigrated to Sweden in 2007. Later, in 2015 he earned a first-class honours degree from Ulster University-Belfast school of art, Northern Ireland. He has completed his master’s degree in fine art at Goldsmiths College, London, 2018. Mohammed lives and works between London and Norrköping, Sweden.

The artist will be on view in the forthcoming group show ‘Mixing It Up: Painting Today’ at the Hayward Gallery in London opening to the public on 9 September 2021, and will have his first solo exhibition with the gallery in the Spring of 2022.