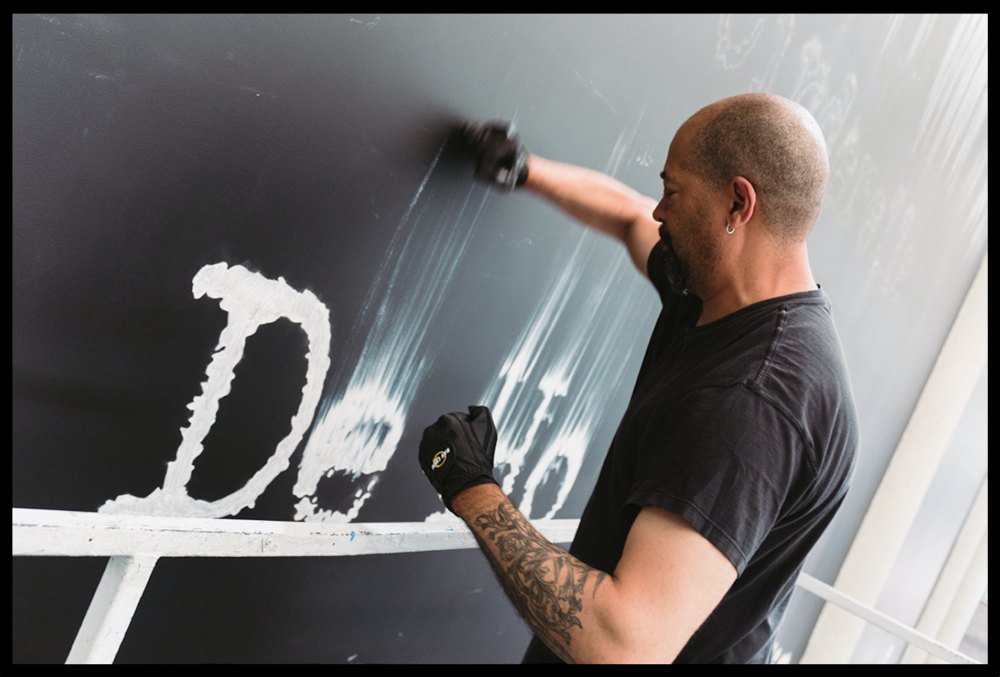 Born in New York City in 1964, Gary Simmons has achieved wide acclaim over the past three decades for a profound and energetic practice that explores notions of race, class, social stereotypes, and politics through painting, sculpture, sound, and architectural environments. Simmons’ work considers the influence of the past upon the present, grappling specifically with the unfixed nature of memory and the American penchant for revising or even replacing personal and collective experience. Best known for illustrative paintings in which white outlines of figures and words – 20th century cartoon characters steeped in the racist traditions of minstrelsy, disappeared architectural sites, vintage film title cards, evaporating clouds of smoke, twinkling stars – are painted on chalkboard-like surfaces, then blurred and smeared by hand. Through this signature ‘erasure’ technique, Simmons has uniquely captured the effect of history being altered while its energy continues to shape life in the present day.