Founded by Fernando Mignoni in fall 2017, the gallery which is located in the Upper East Side neighborhood of New York specializes in works by prominent European & American post-war artists with a focus on minimalism.

Mignoni has a 20 year history in the art market. He was previously at Christie’s London for nearly a decade before leaving as Director of the Contemporary Art Department in 2007 to join his family’s gallery, Galeria Elvira Gonzalez, Madrid. From 2007 to 2017, he organized exhibitions and ran the secondary market program both at the gallery and art fairs. 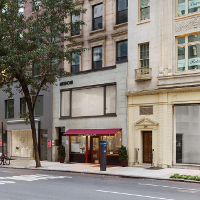