Since the seventies, Galerie Meyer Kainer has a long tradition in the reenactment of the Viennese Secession movement – at that time under the name Galerie Metropol. Since 1990, the activities of the gallery turned exclusively on contemporary art. The main focus was given to some of the most influential artists of this period like Bruce Nauman, Hanne Darboven and Rosemarie Trockel as well as on emerging artists of those times such as Charles Ray, Raymond Pettibon or Andrea Fraser whose work since then has gained international attention. Galerie Metropol has also been an active organizer of artist collaborations, performances, events and numerous side projects such as the symposium The Aesthetic Field in 1992.

In 1999, the gallery, owned and directed by Renate Kainer and Christian Meyer was relocated under the name Galerie Meyer Kainer to a new address in Vienna’s emerging gallery district Eschenbachgasse.

The represented artists are regularly exhibiting in international museums and institutions,  and several of them were included in exhibitions such as documenta, the Venice Biennial and  Skulptur Projekte Münster. 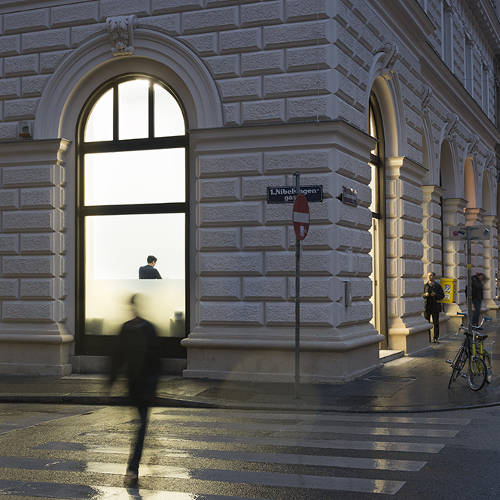