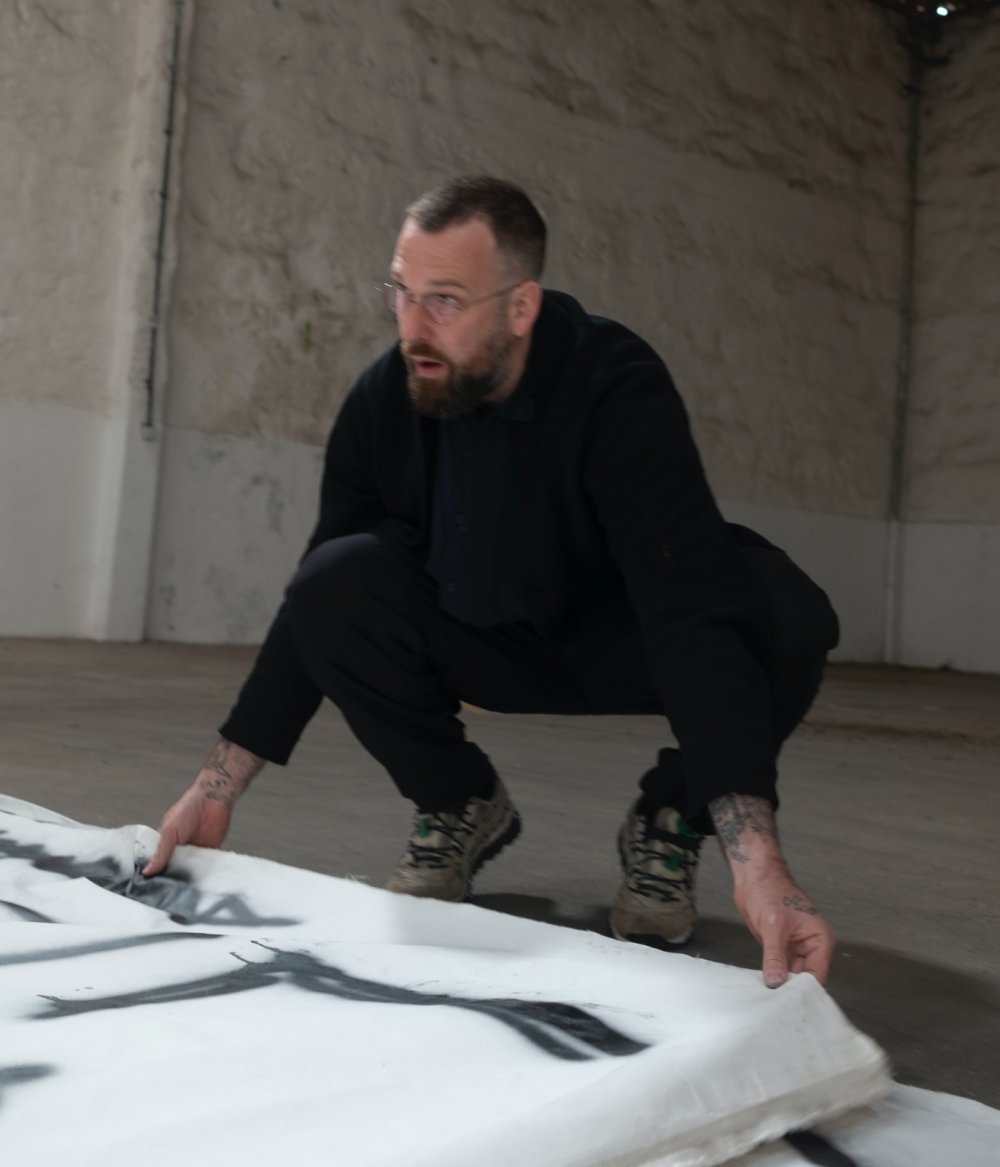 Born in Hull in the North of England into a working-class family, Richie Culver was not exposed to art growing up and left school with no qualifications to work in a factory making caravans. His practice encompasses diverse elements that range from painting, sculpture and photography to digital performance. Within this, Culver’s work is largely biographical wrestling with aspects of contemporary masculinity, the class system and the digital lens through which we live our lives.

A large proportion of Culver’s practice lies in his antagonistic relationship with technology, the ultimate impermanence of social media and the effects upon human interaction, linguistics alongside personal and cultural memory. In this regard, much of the material for Culver’s works are formed from images collected on his phone including mundane mobile photography, google translate and notes apps screenshots containing excerpts of conversations, phrases and information.These screenshots are then blown up and printed on canvas, ultimately forming a visual record of an inner monologue that is fractured and at times disconnected. For example, short phrases translated into different languages and obscured by overpainting creates a visual metaphor for the quick ease at which these digital innovations create a superficial human connection that is ultimately alienated from true apperception.

This tone of alienation also bleeds into other thematic elements in Culver’s practice including the interrogation of masculinity. Motifs including fatherhood, love, sex, rejection and abandonment combine to project a brutal honestly about the vulnerability of male emotions. Although often done with humour, these elements have an unnerving sincerity that forces us to engage in a more nuanced perspective on contemporary masculinity.