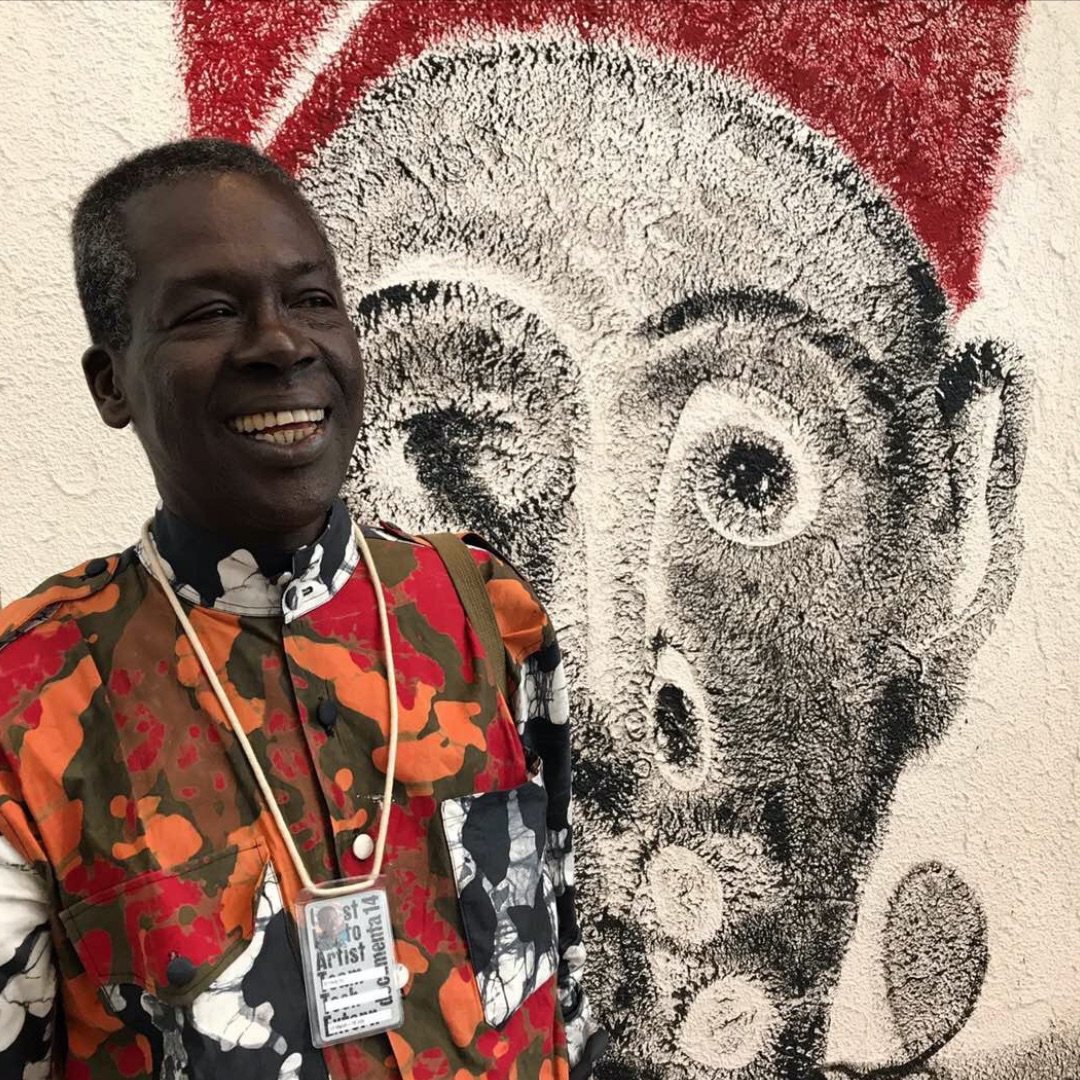 El Hadji Sy (also known as El Sy) was born 1954 in Dakar where he lives and works. As a painter, performer, curator and activist, Sy has shaped Senegalese art and culture significantly for several decades. Since the mid-1980s, he has used jute rice bags as a surface on which to paint with mixed media including oil, acrylic, tar and wax. Paintings are hung across ceilings, placed on floors, as well as on walls. Sometimes he produces stand-alone paintings on frames, such as could be seen in his installation “Disso-Concertation” for documenta 14. With a swirling script of signs and figures, Sy’s visual language reflects a decidedly performative style. Committed to crossing the boundaries of class and education, he has repeatedly exhibited his work in the streets of Dakar, choosing working class neighbourhoods with their hustle and bustle of daily life.

His work has been shown at the IFAN Museum of African Arts Dakar, the 31st Sao Paolo Biennale (2015), Ujzdowski Castle Centre for Contemporary Art, Warsaw (2016), documenta 14 (2017), and the Whitechapel Gallery. He has collaborated with many artists and curators including Clémentine Deliss, who has followed his work for 30 years, Hans-Ulrich Obrist, Alison Gingerich, and Peter Pakesch.

The gallery is planning a solo exhibition for the artist in the fall of 2021. Recent works by El Hadji Sy will be featured as part of "DELIRIUM", curated by Clémentine Deliss for NEW VIEWINGS at Galerie Barbara Thumm.