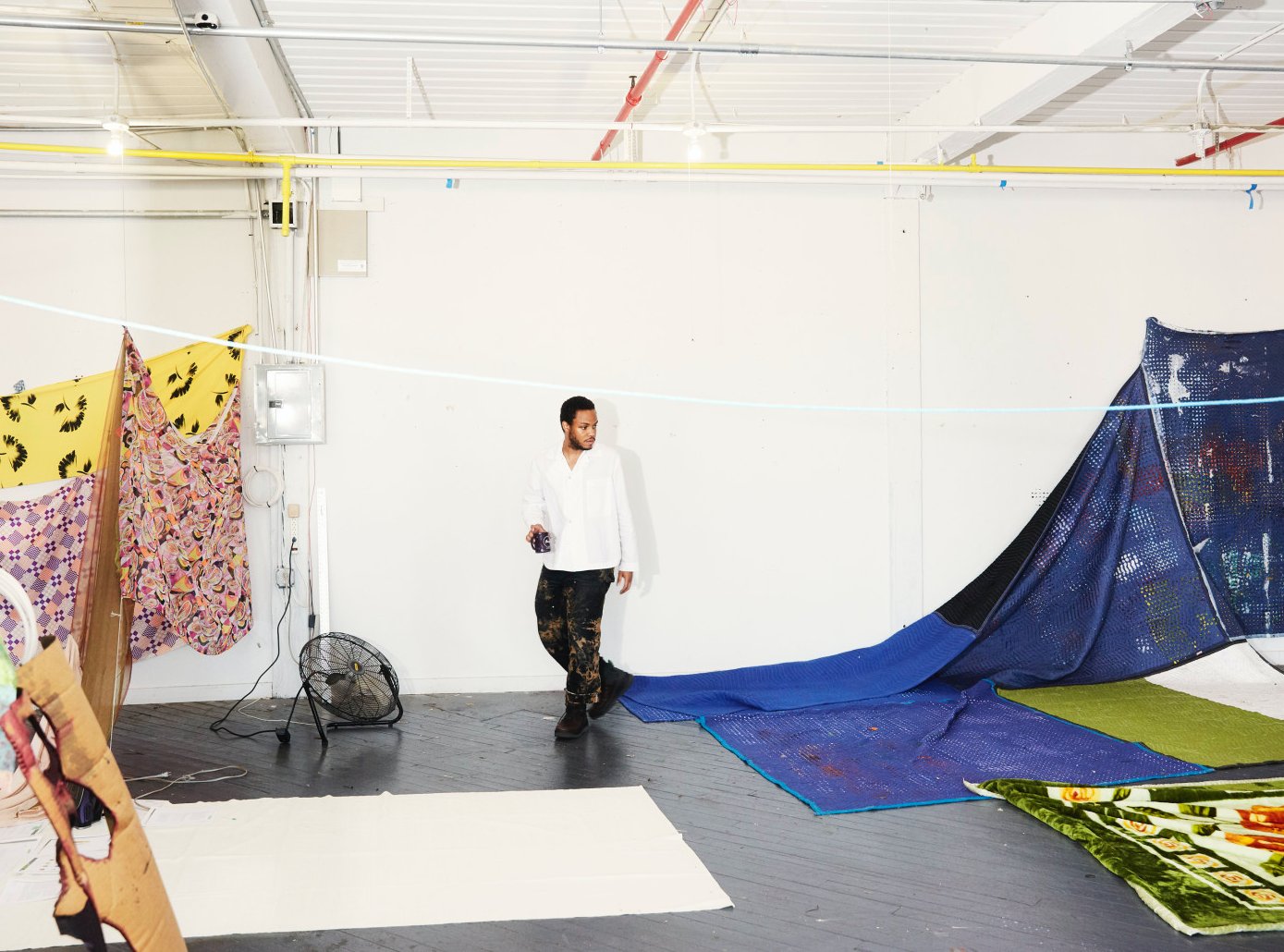 This year, the gift of ‘time and space to think and work’ was awarded to thirty-five American and five Italian artists and scholars. They will each receive a stipend, workspace, and room and board at the Academy’s eleven-acre campus in Rome, starting in September 2021.

Eric N. Mack (b. 1987, Columbia, MD) refers to himself as a painter, yet his works rarely observe the medium’s traditional canvas-to-stretcher format. Rather, his tactile assemblages, created from a dynamic combination of used textiles, worn clothes, moving blankets and torn rags, alongside photographs and pull outs from books and magazines, extend and transform the notion of painting. The artist is represented by Simon Lee Gallery.